Aerosol artwork in west end Toronto combined with picture of the Arizona desert. Together they are spectacular

The last video I post had this mural by @mska in it..

She worked on this into the night on July 16th…for the Women Paint Toronto alley art project. On her account she says its her lastest mural ever. 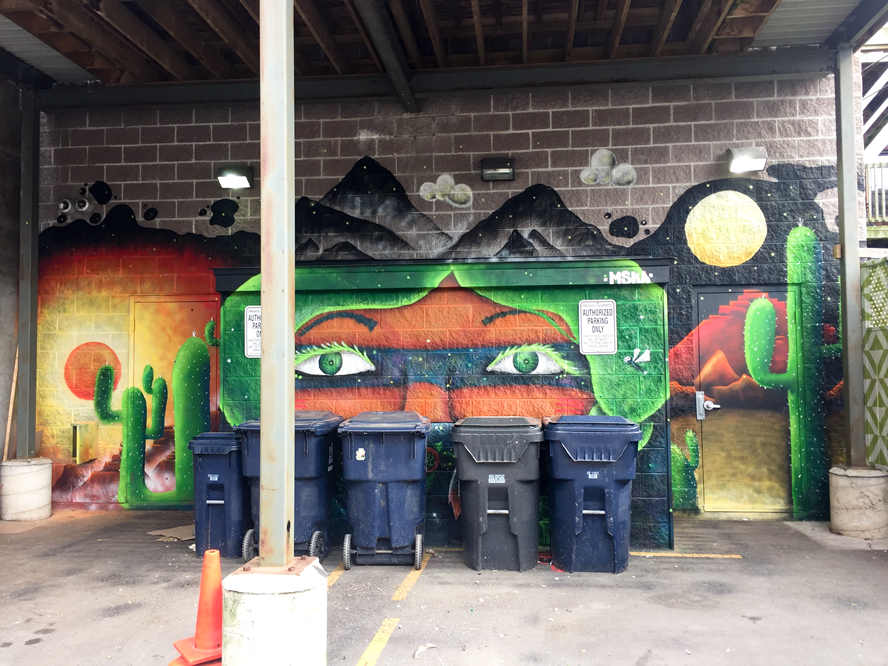 I went back through this alley last week and got to see it car free.. I debated moving those trash bins.. but I have seen too many things moving around in some of these back alleys.. playing safe rather than sorry..

Her mural reminded me of the times that I have been to Arizona.. the sunsets and the landscape are stunning to say the least. Its very different from what we have in Ontario – very rugged countryside. I have never seen sunsets like they have in Arizona.. its a surreal experience.

I’ve driven through most of the state.. but have not seen the Grand Canyon… yet..

I don’t know if her inspiration for the mural was Arizona or not.. but it did make me go through my photos from that state..

I found this picture (on the bottom) from 2004 that has that same landscape as in her mural. I don’t remember the exact location.. it was around Scottsdale.. (the digital cameras back then didn’t have all the geo-tagging that they do now). 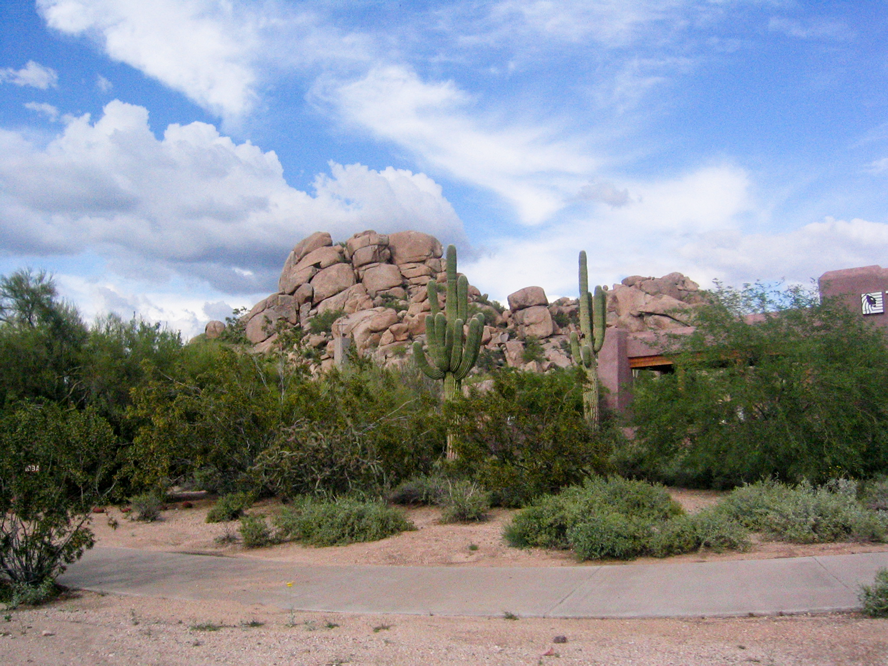 Cactuses are so interesting to look at.. they don’t grow this far north.. Amazed how hot it gets there.. and then at night the temperature drops. I’ve driven from Flagstaff where it was snowing in the mountains to Phoenix where it was over 100 degrees – in just a couple of hours.

I thought I would do a layout to see the comparison… 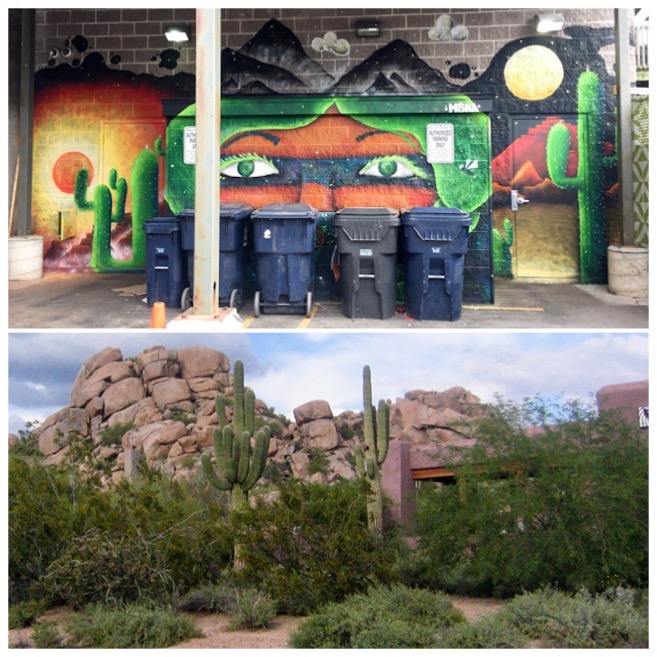 Just some Sunsets with Artwork Video…

Noticed that a lot of the street art has a lot of simliar colors as sunsets.. which is what this is all about.

2) Mural outside a yoga studio.. I have no idea who did this one. There are usually cars parked in front.. 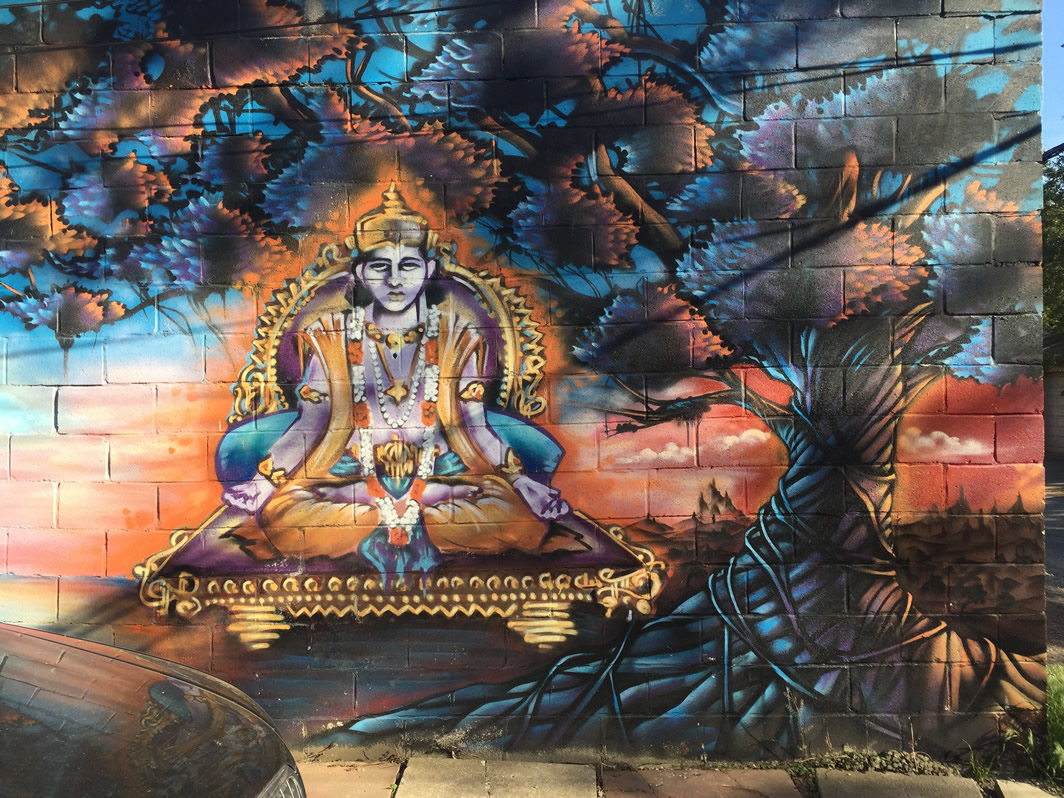 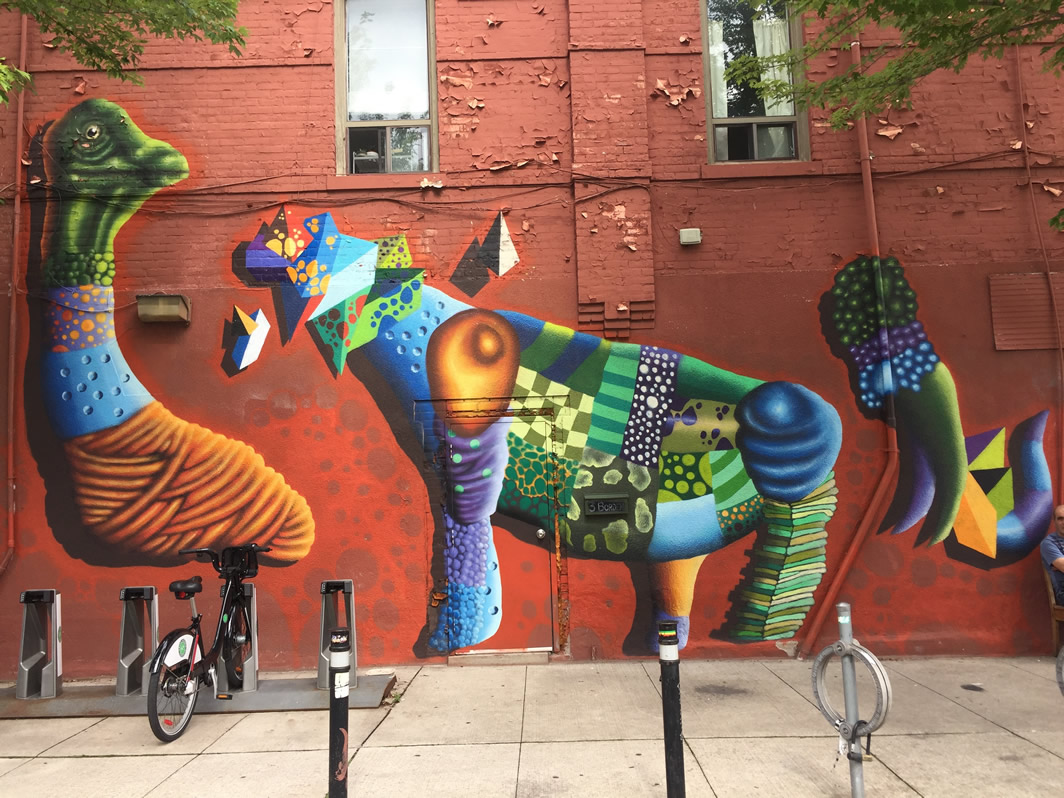 5) I took this amazing panorama sunset photo last year but you can’t post these on instagram.. so its part one of two..

6) Part two of the panorama.. left to right.

8) @mska – she did this awesome mural a few week ago with the sunset in the desert… Love cactuses.

9) Lake view sunset from 2 weeks ago.

10) Sunset from last night.. I may post this soon as its own post.. its one of my best sunset photos…

12) Some video thing I found from an old flip phone from 2007… It makes a great finale !
A guy going off into the sunset.

Have a great Sunday everyone !

(PS.. Soundtrack with loops.. and ya.. i know everyone is out partying.. )

Previous Head Video Mural Tree Carving
Next about this site