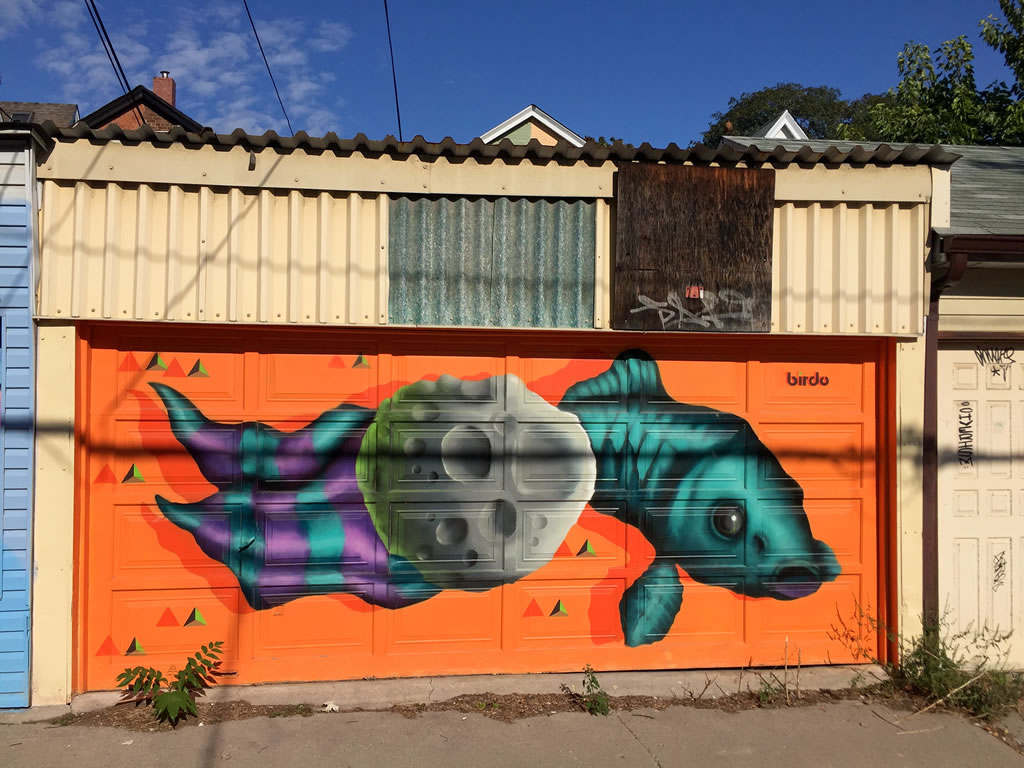 Another Birdo aka @jerryrugg that I thought I had posted last year. but I didn’t.

I think I didn’t post it in 2016 because it was a dull day and the photo didn’t turn out that well. For some reason on Friday I decided to go down this alleyway again. I couldn’t remember if it was a dead end or not. BTW.. It was a dead end.

Sometimes the sun hits these artworks perfectly and this is one of those times. The orange background just popped out. That fish with that moon rock just stood out.

For those that don’t know the city. There are a lot of these back alleyway mazes all across the city. They are all connected to the streets – so that the cars can access them via the garages where they are parked. (I find it ironic that you find the least amount of cars in the city is where people actually park them). There are too many cars in this city BTW – IMHO.

Most of the time if you follow a path you will find that it connects to another street.. but sometimes they don’t and you have to walk all the way back to where you started from. Its kinda like a human version of Pac Man.. and sometimes you actually have to get out of the way of the oncoming cars. Wasn’t there a movie called Maze Runner ? (its not really like that.. but its a maze nonetheless)

This particular alley way only had two garage doors that had art on them. This one did and the one next to it did. The one next to it was by Poser ABM with a Bunny on it.. & I actually posted that one back in 2015..

And that is a TRUE STORY !