Took a brief tour through Graffiti Alley late yesterday afternoon. I hadn’t been there since the summer and I found myself close by so decided to swing through. I don’t go to this location very often. I think I have been here about 4 times in my life. Its a great spot for art but I always find people posing against the artwork with no care for the art itself. They just like using the backgrounds for their social media profile photos. Its doesn’t really seem to be about the art anymore. A lot of the artists actually agree with him. Was surprised that they shared the same feelings about this famous spot. 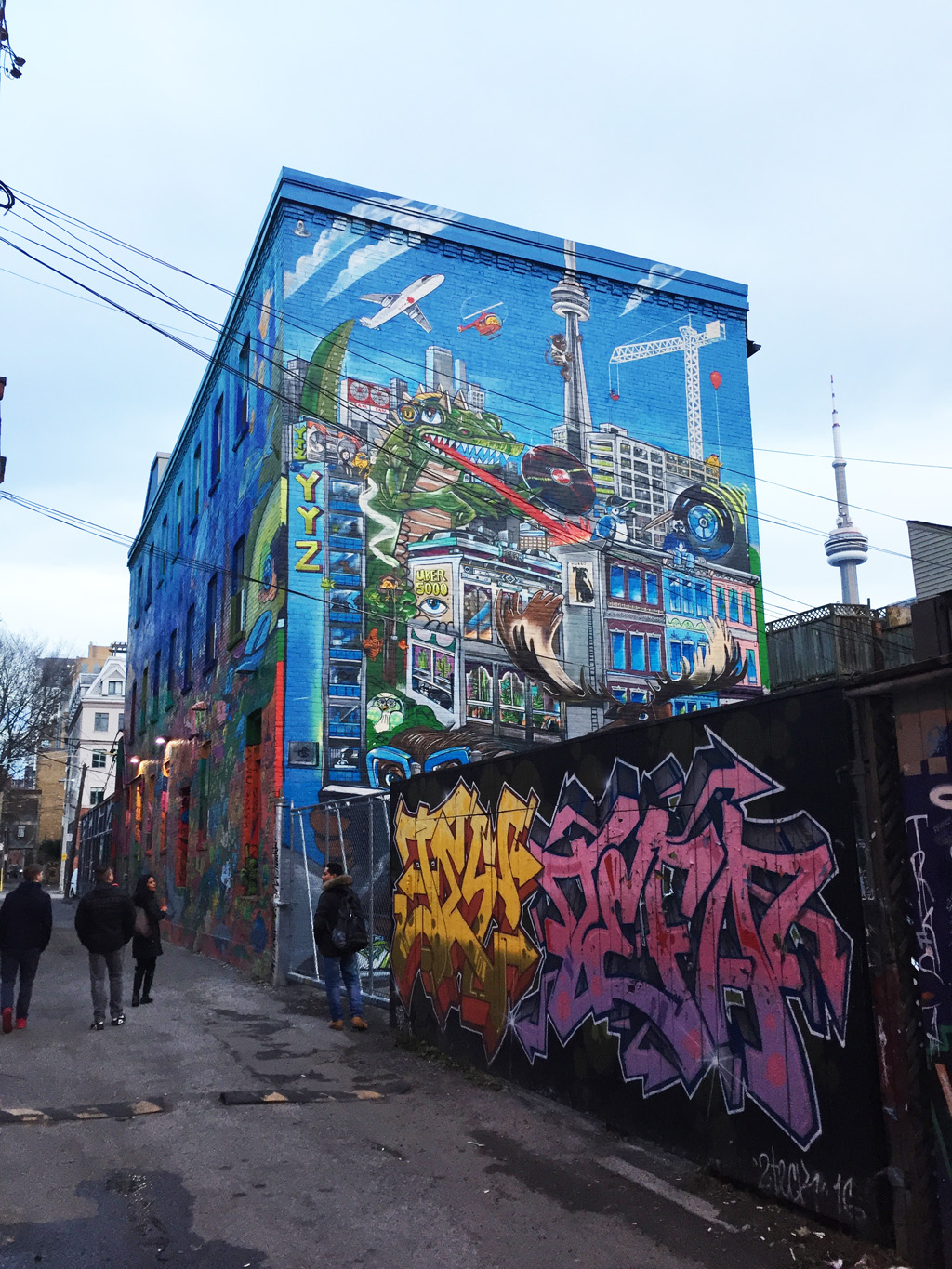 This a wonderful mural by Uber5000.. very Canadian with lots of Toronto features including the YYZ mention and the CN Tower.. cool that you can actually see the CN Tower when you look at the mural.

He did it back in the month of July of this year. Its basically a tribute to the city.. he even made the local news with an interview and the whole bit. .
YYZ is the airport code for the city and there’s different Toronto references including the CN Tower on the right (cool that you can see the CN Tower and mural at the same time). There’s other local references to the sports teams – Blue Jays and Maple Leafs. There other things that I didn’t notice until I saw the news clip 📺 – but that is Drake sitting on the CN Tower.

Its a really great mural.. very colorful with lots of details.. my only issue was that I couldn’t get a good view of the entire thing. That gate by the mural was locked every time I went by.. I think its someone’s private lot.  You kinda have to peer through the fence to get a closer look at it. Those people in my photo were trying to get a better look at the artwork while I took this picture.

Hopefully, one day – when I have recovered I will walk by and that gate will be wide open !
Fingers crossed 🤞! _ 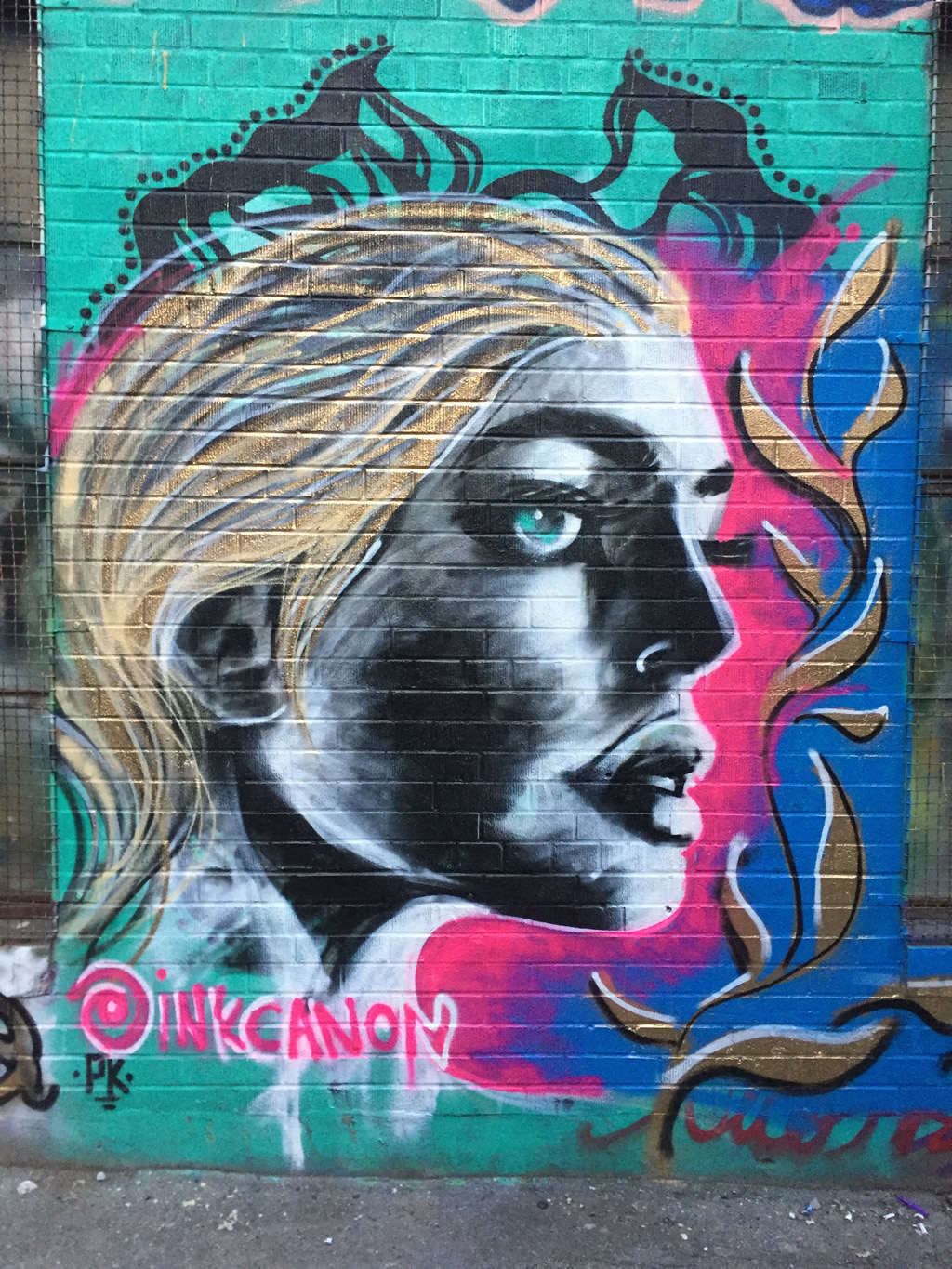 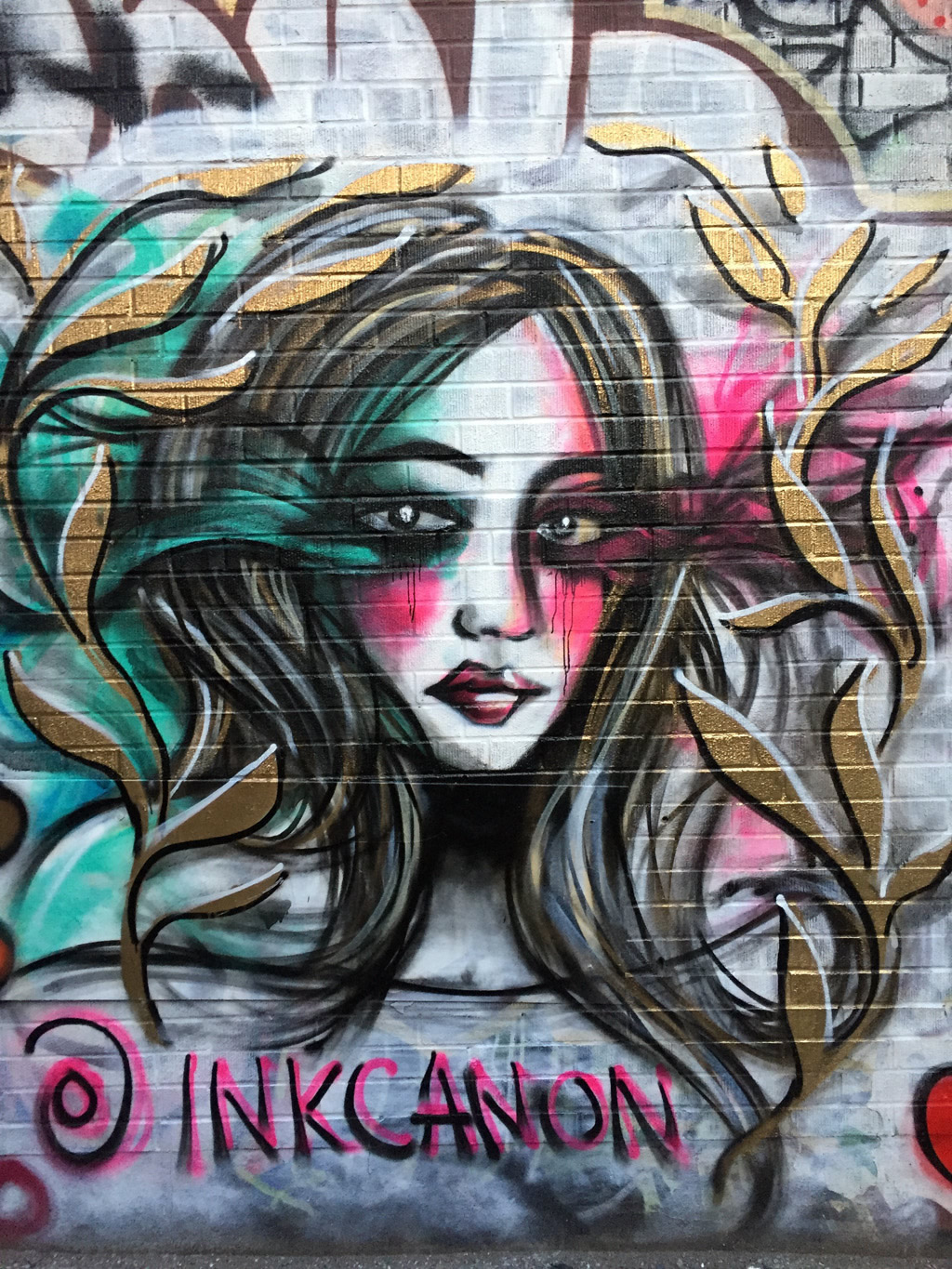 There were some newer murals that I hadn’t seen before. These are by an artist who goes by Ink Canon. Some female portraits in the alley that leads into the lane. If I remember correctly there had been an Alec Monopoly mural where these are. Someone had tagged them with a big X and the words “Fake” on the Alec Monopoly mural. This is a nice replacement. I actually prefer these over the Alec Monopoly ones. 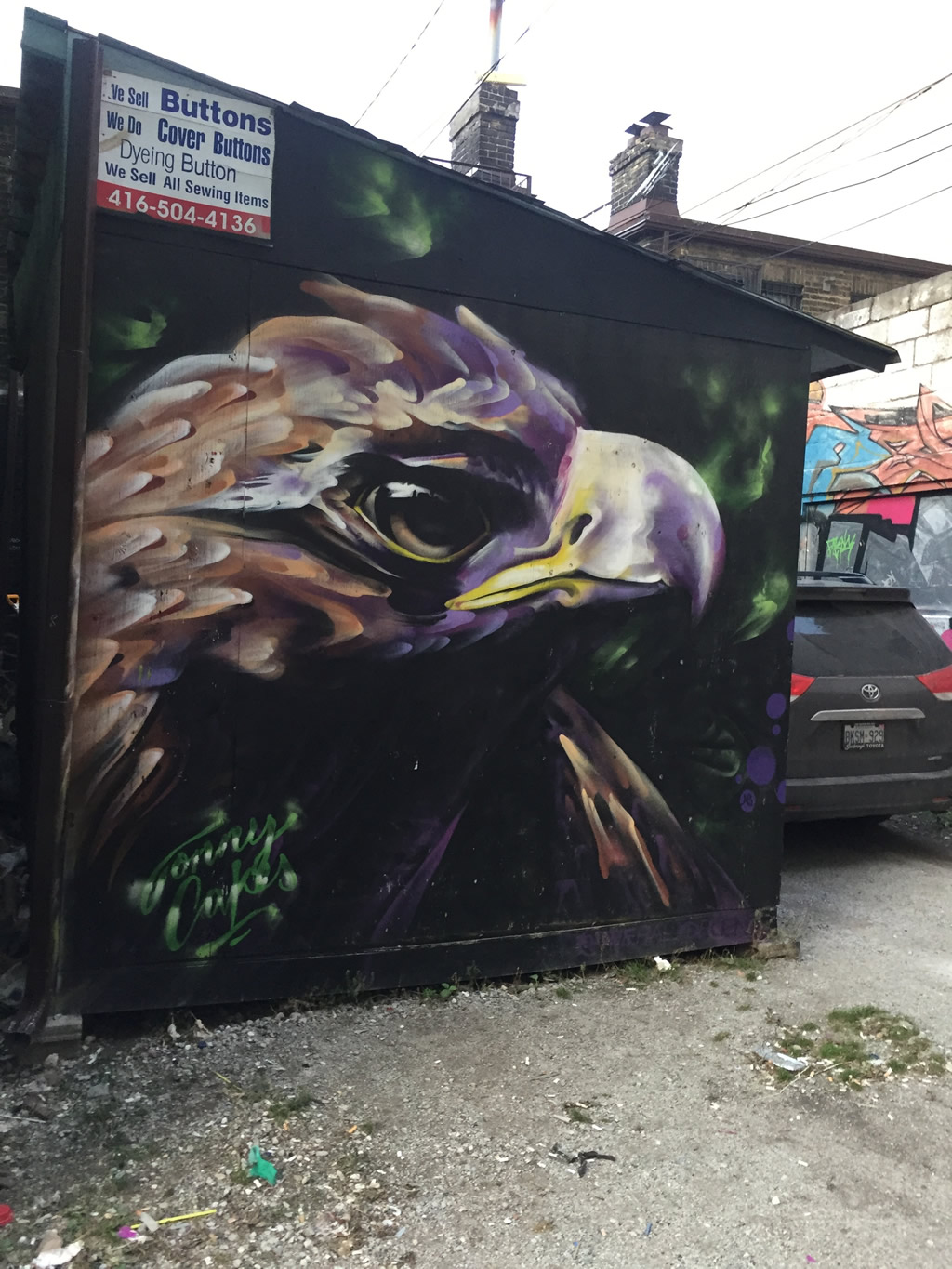 This by Johnny Cakes and I think I have seen this before. Its a bird on the far east side of graffiti alley. 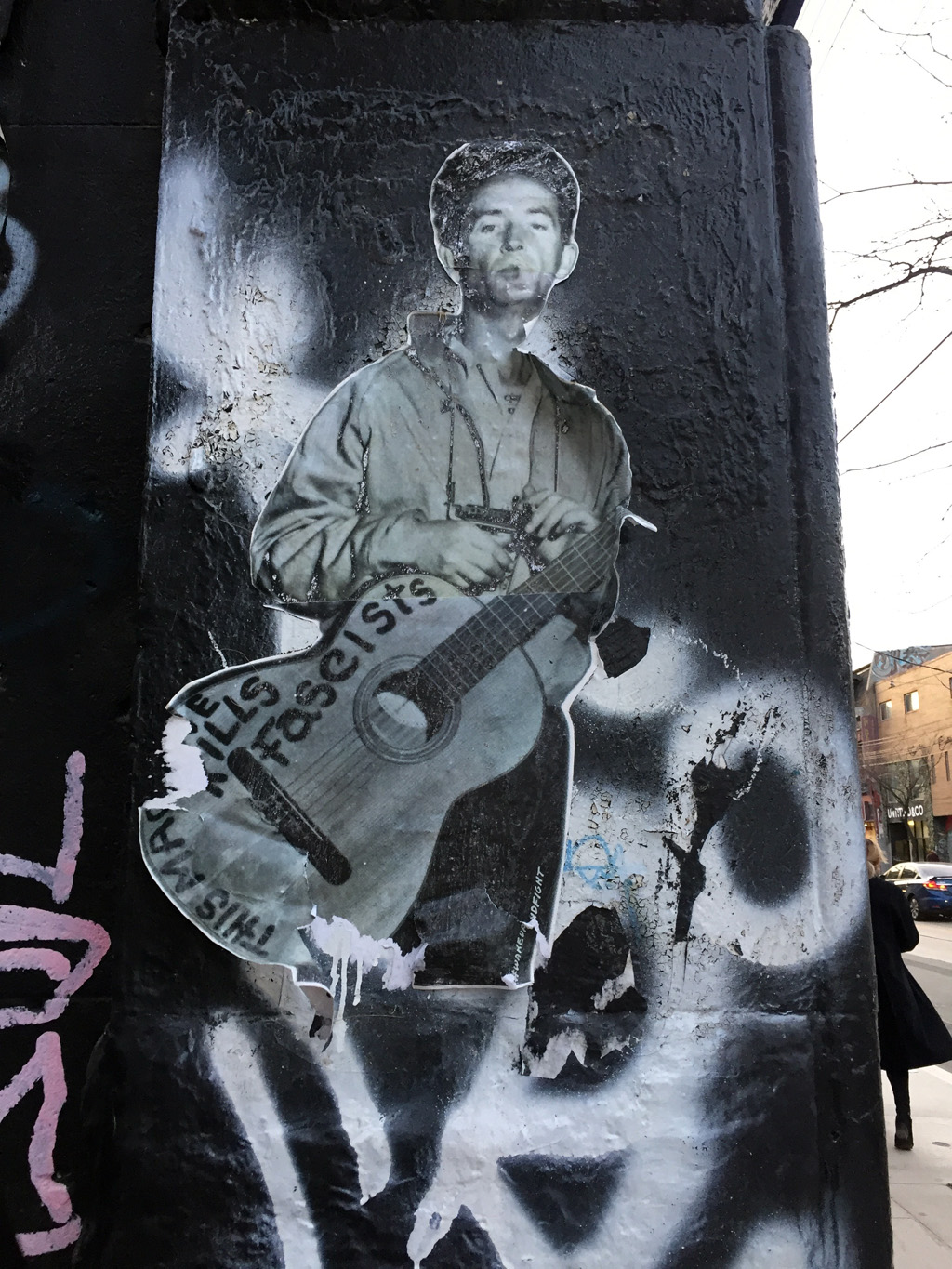 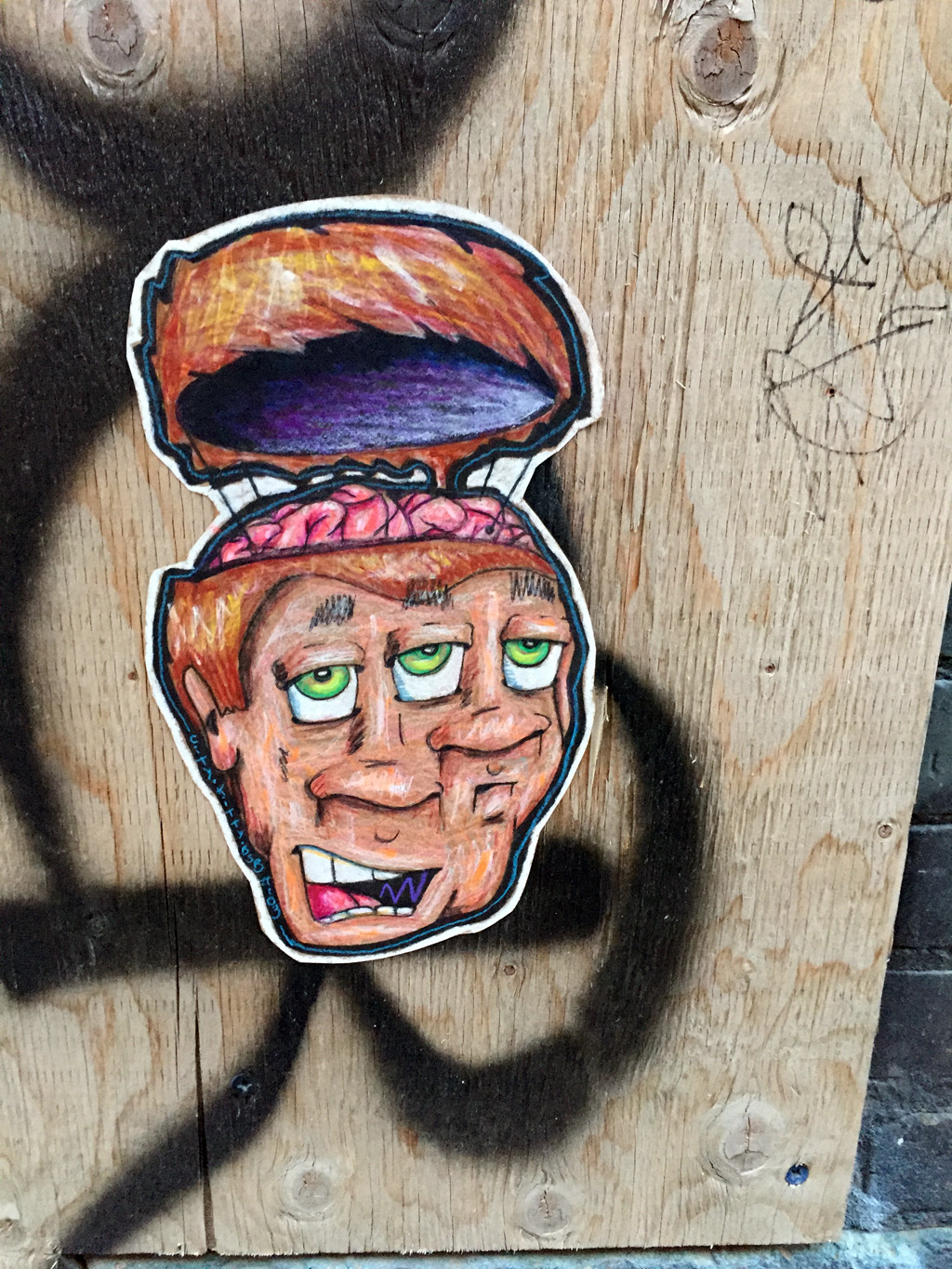 This on the Queen Street West entrance to graffiti alley. It’s a wheat paste throw up. I will find out who it is by. I’ve seen a few of these around.

This with the face with 3 eyes is really interesting as well. This was at the same entrance as the guitar guy. 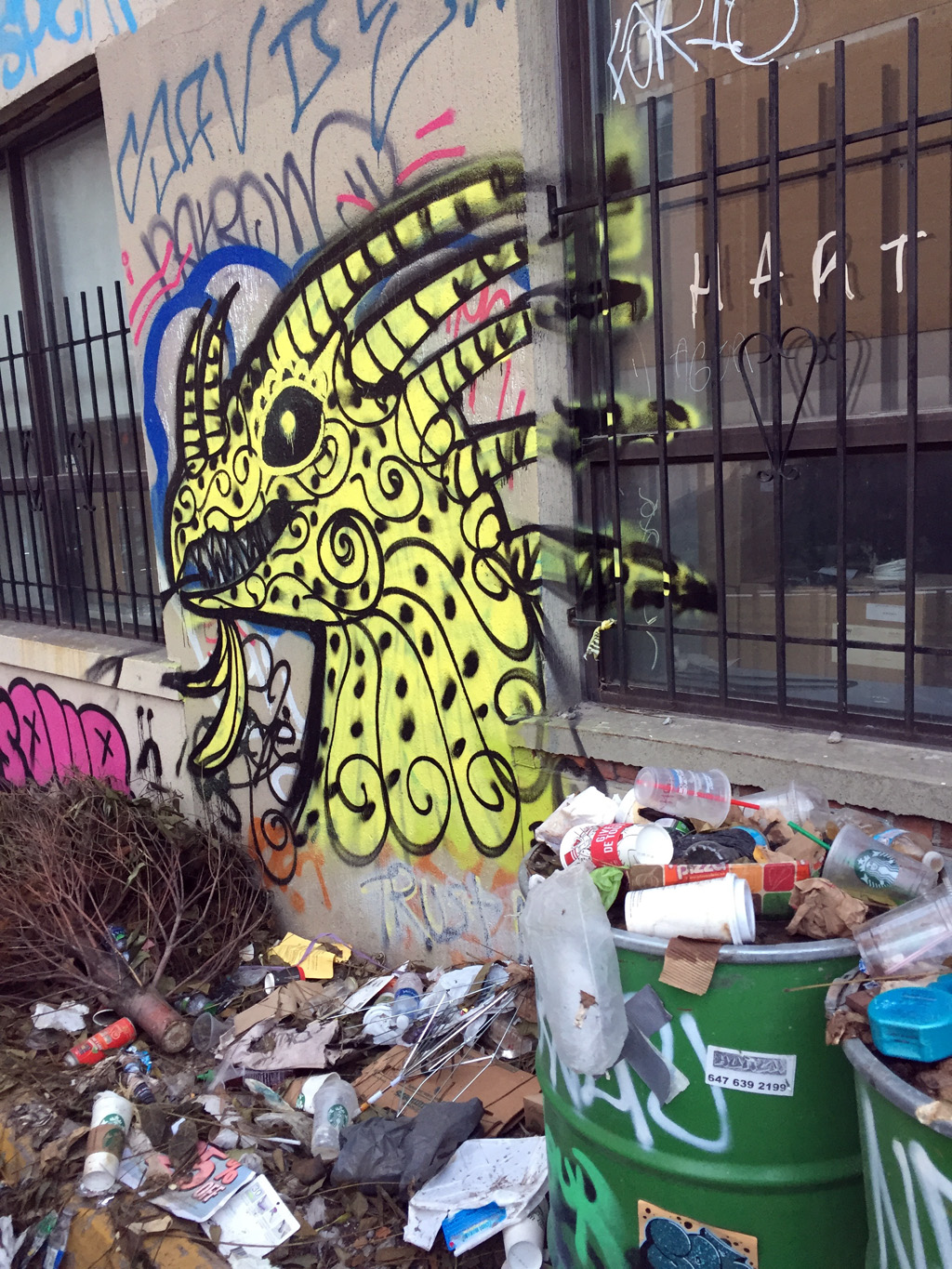 That Peachie guy has been to graffiti alley as well. Here is another one of his lizards. This guy is everywhere and these lizards are everywhere 2. 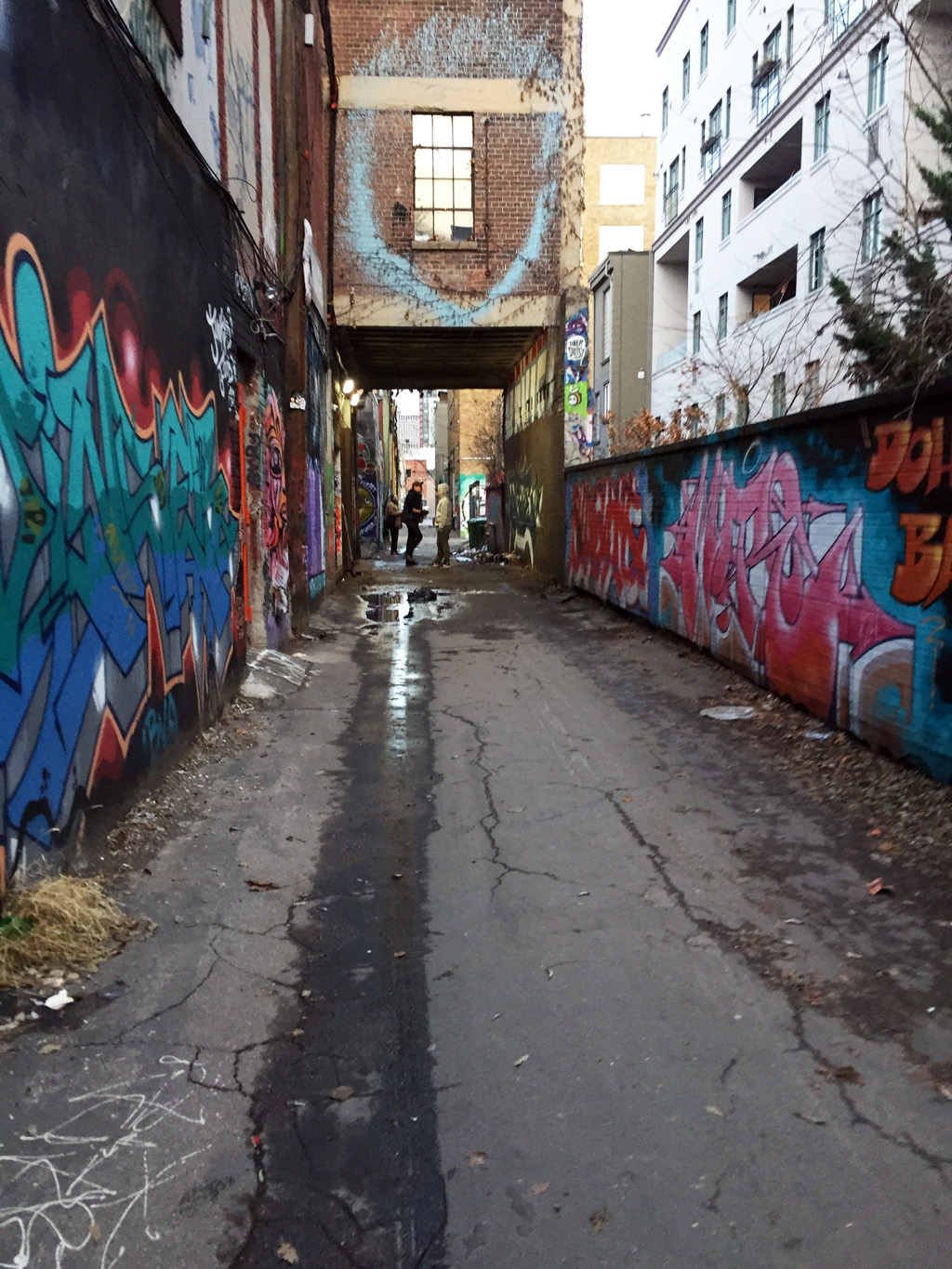 This of course is Graffiti Alley itself. There were two guys working on some new burners – you can see them in the distance. I should have stopped and said hello but they were both really involved in their work.