Skamoney working live on a lift in the west end of the city. He works a lot in this neighbourhood. I talked to one of his neighbours a year ago 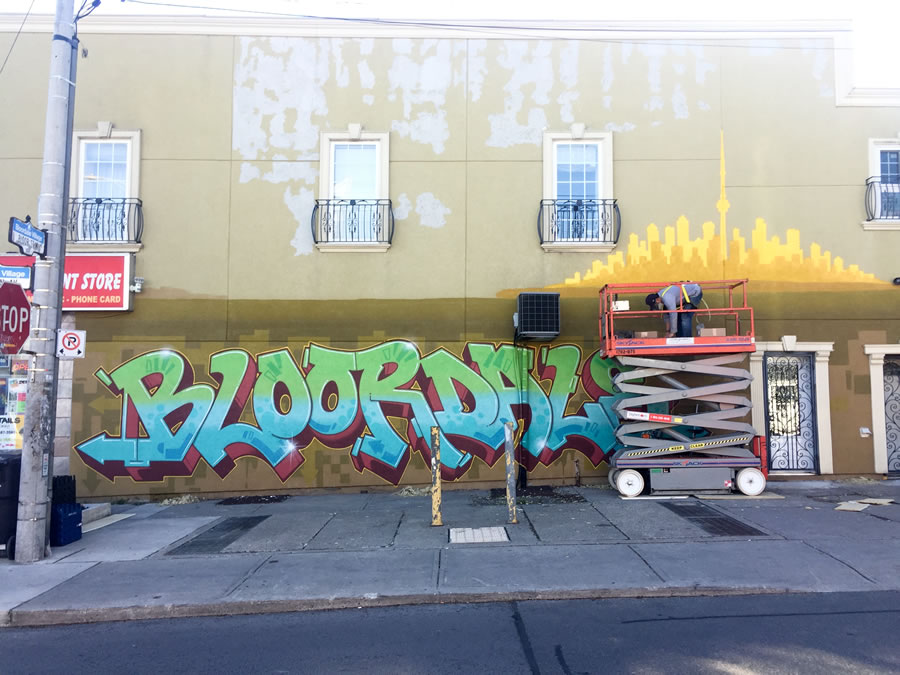 Updated- it’s @skamoney 🎨 — It’s definitely mural season 🎨.. Starting to see a lot more works in progress lately
Caught this guy working on a large wall yesterday on a lift.. The words say “Bloordale” which is the neighborhood that this is in… He was working on the part which looks to be the Toronto skyline with the CN tower 🗼. Have no idea 💡 who he is.. I’ll have to go by later to see the finished result.