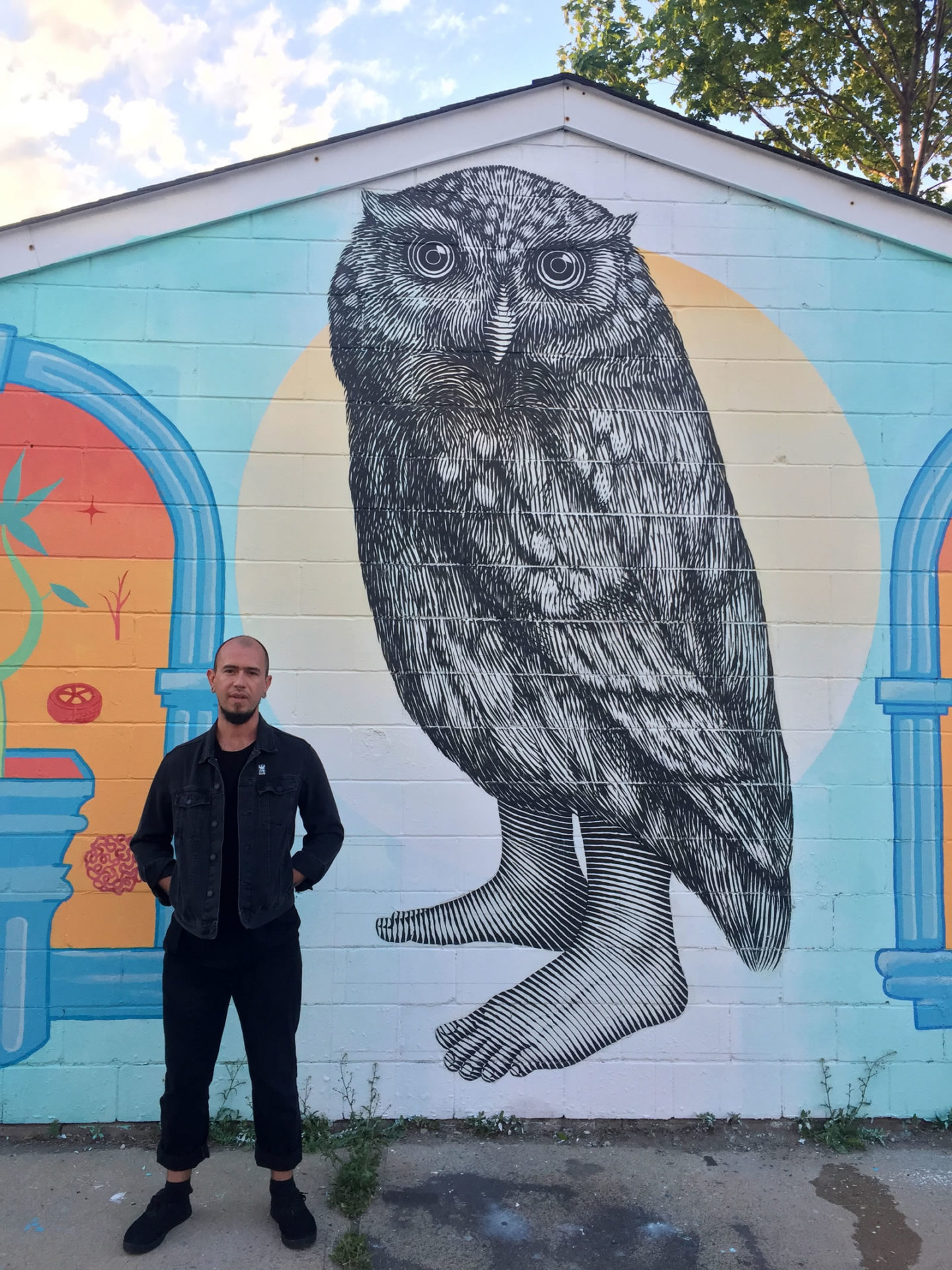 1) The artist himself and his wonderful owl !

This is kinda an interesting story. @ruggedflix gave me the location of this mural. I was roaming around looking for it. But I couldn’t seem to find it. I did some grocery shopping and then I went back to look for it again.

I was taking pictures of the mural.. and a guy started walking towards the mural with some pylons. I was going to ask him not to block my shot. Then I realized that he was the artist ! I asked him if he was and he said he was ! I got to talk to him briefly. How cool is that ?

He has been in Toronto for a few months with the help of Underpass Murals By Five Female Artists (a local art organization).

2) He was kinda enough to pose for a couple of photos.

From his IG: “The human owl. A mythology of aborigines, vision, awakens and the end of the world (the human one) Second and last day painting with my paint sister @addictedtomonsters Enjoying my last days in my favorite city!!!” 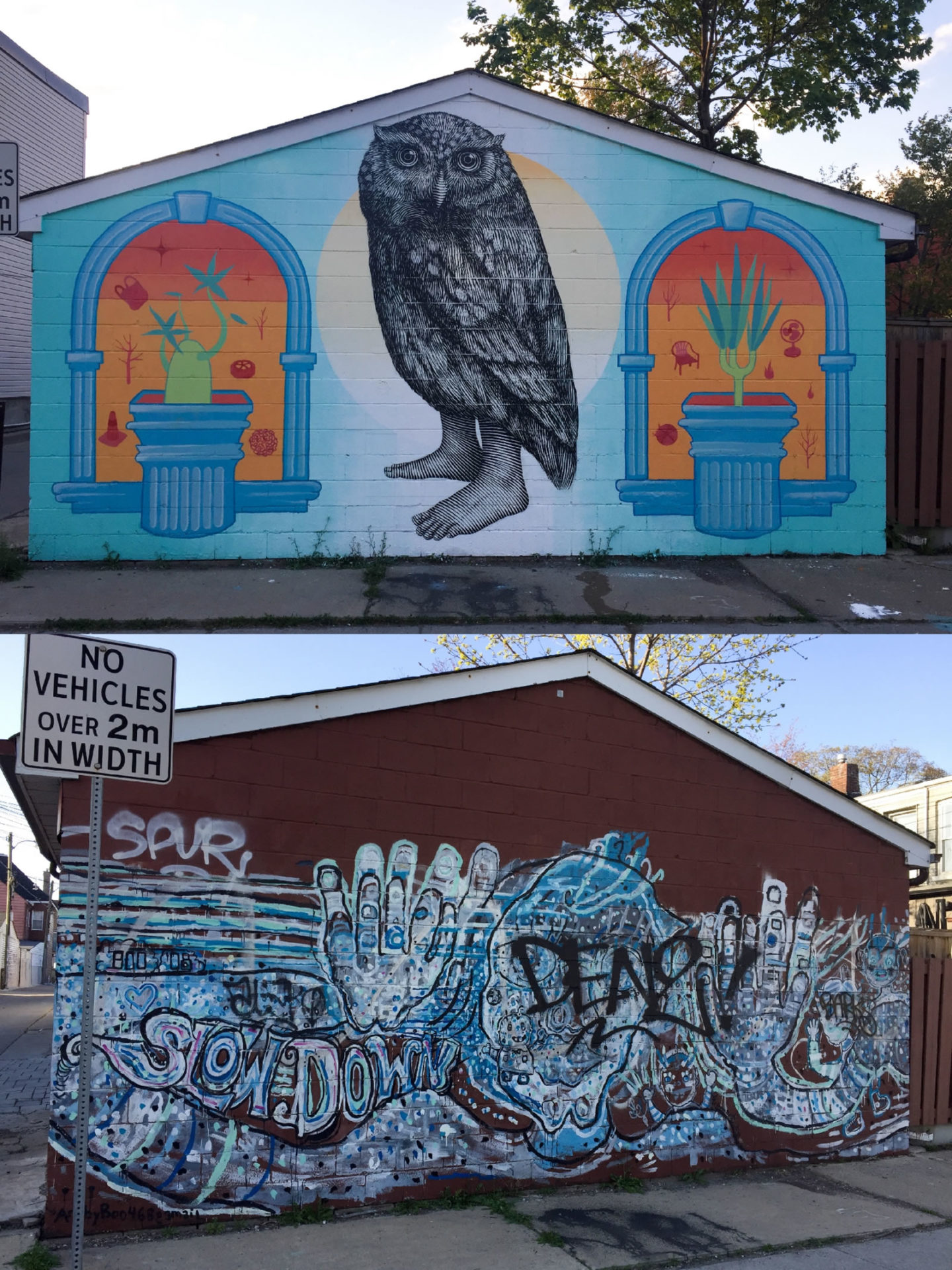 3) Coincidentally, I had taken a photo of the mural that was there just two weeks earlier. I think this his owl is a huge improvement.

I found his bio online –

“Nicolás Sánchez, or better known as AlfAlfA, was born in Mérida, Venezuela in 1983. He is best known as a muralist for his large size paintings and as a draftsman. The lines, the shadowing, the characters he chooses to use is what makes his murals stand out.

His murals are ‘written’ on a blank huge canvas, telling a story of great mythical figures, that are sometimes dramatic and full of supernatural power. This graphic way of drawing is linked to the thickness of the lines he is using. The essence of what he is composing is the reflection of man and its human nature, making us rethink our place in this jungle.” 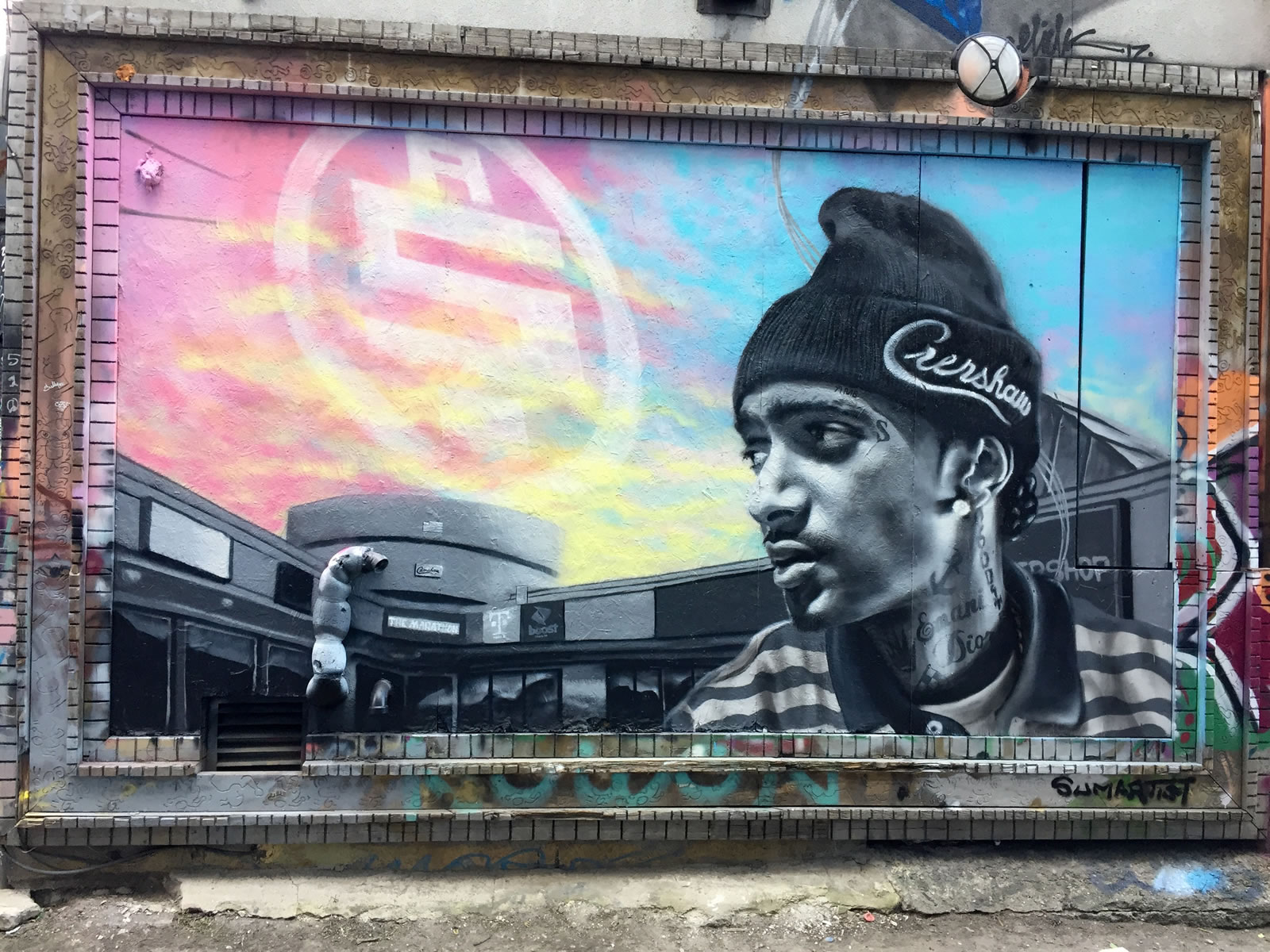 This looks so amazing.. – thanks to @tara_snit for the tip.. – she has a picture of the artist himself working on this mural posted on her IG account. Check it out..

This is another after and before..

It’s a tribute to Nipsey Hussle…

I like how he incorporated that pipe in his artwork.. very nice ! 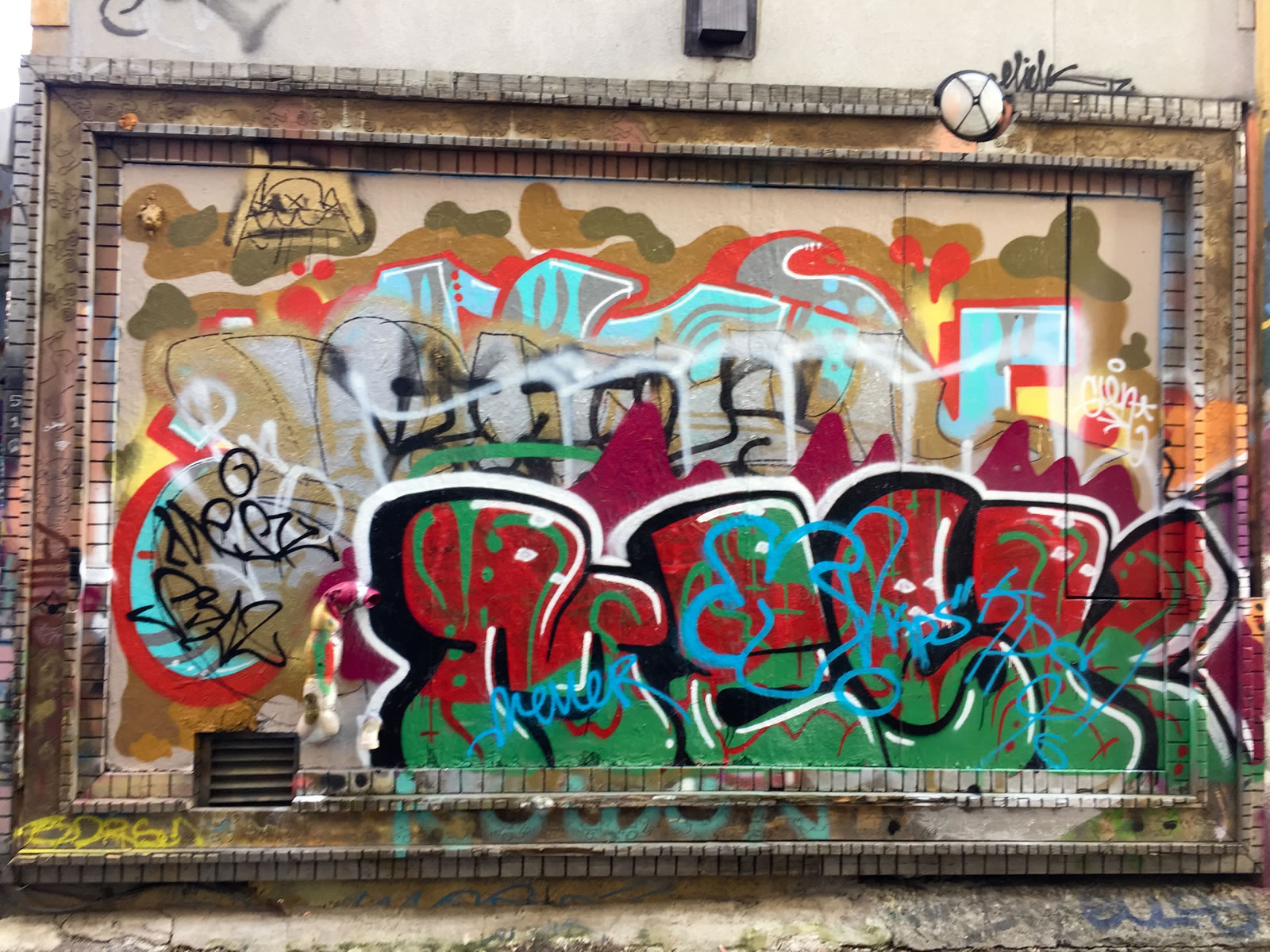 As you can see it looks way better now !