Just a quick post. I try and update my blog when I post to my Instagram.. Sometimes I’m early and sometimes I am late.. This time I am late with this post. Better late than never .. right ?! 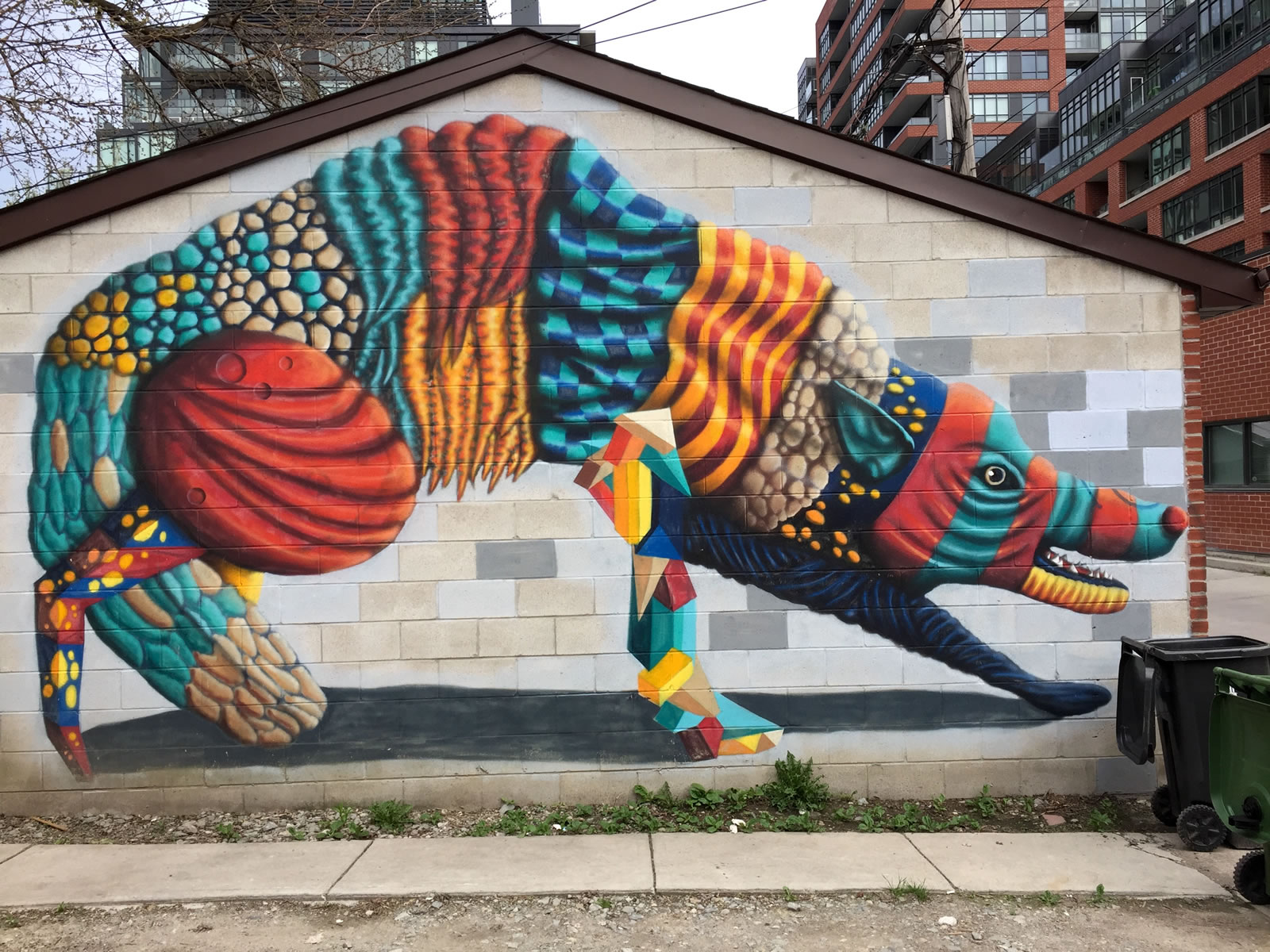 This is one by Jerry Rugg is one that I have been trying to get a picture of… Probably, for the last couple of years.

Every time I would go by… there was a car parked in front. A week ago I happened to go down this alley.. and finally.. no car ! 🙌 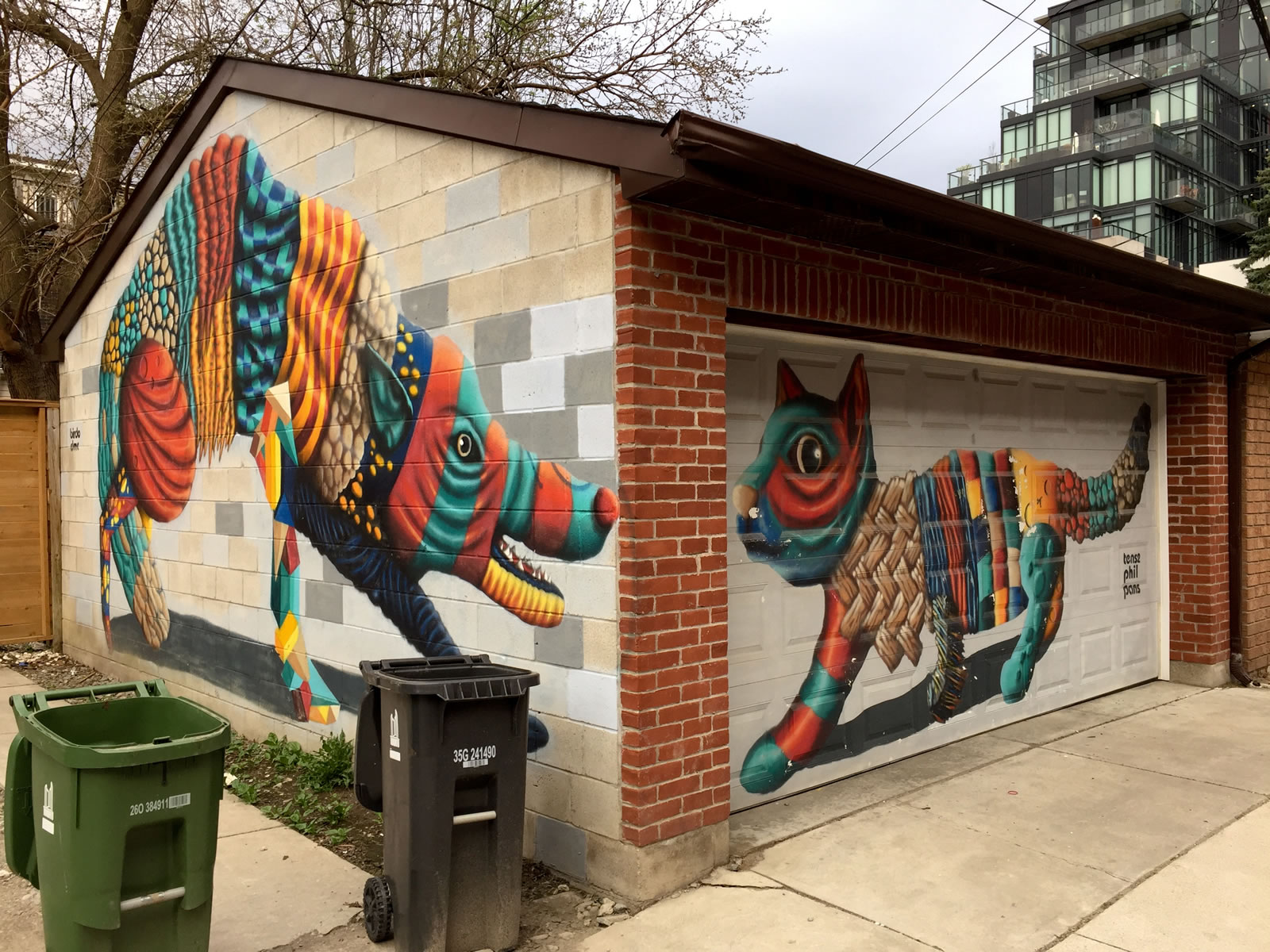 It’s neat the way he did this …..because both of the murals work together. 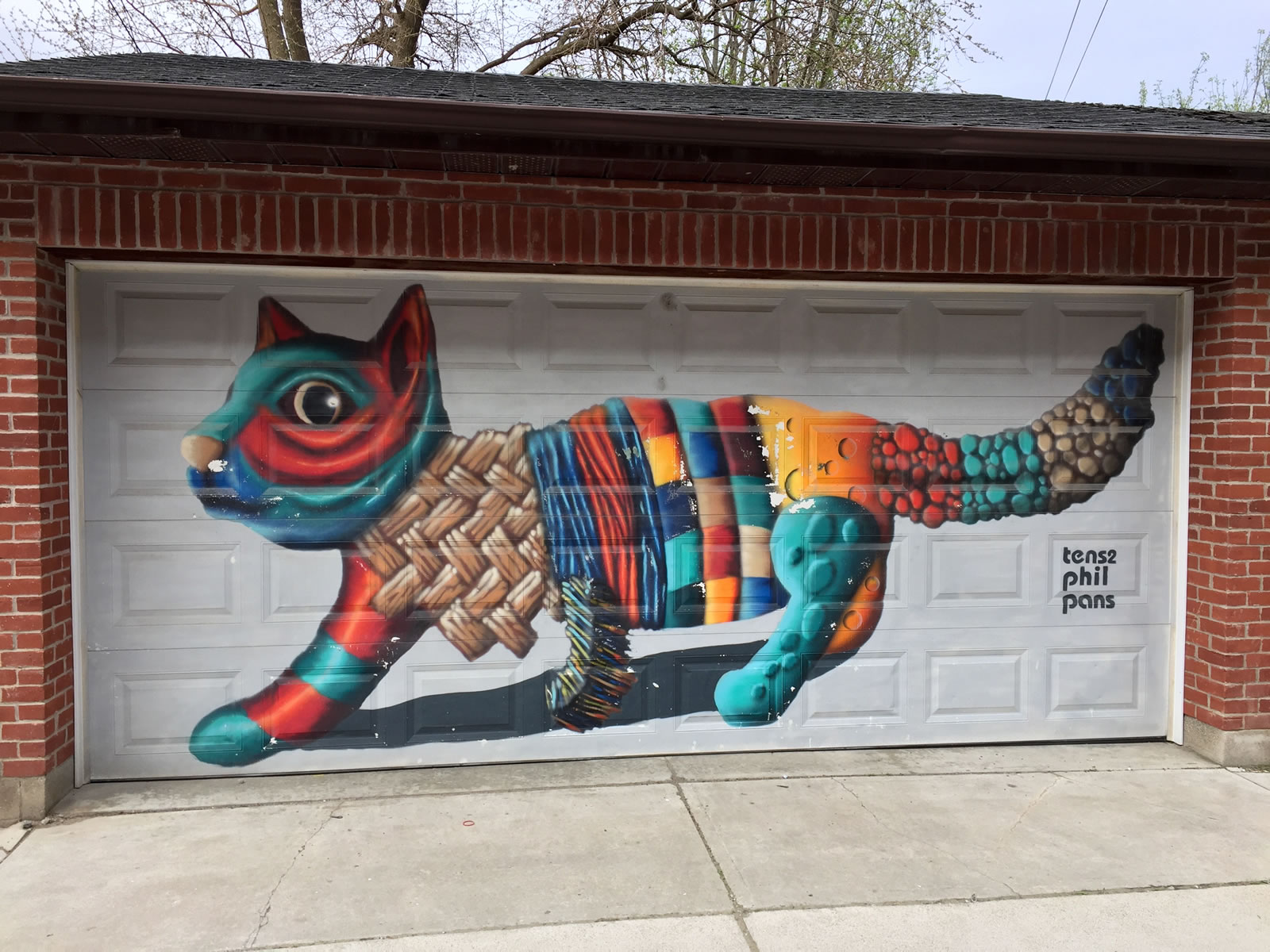 He wrote “Audrey is really looking forward to meeting Maddox.” 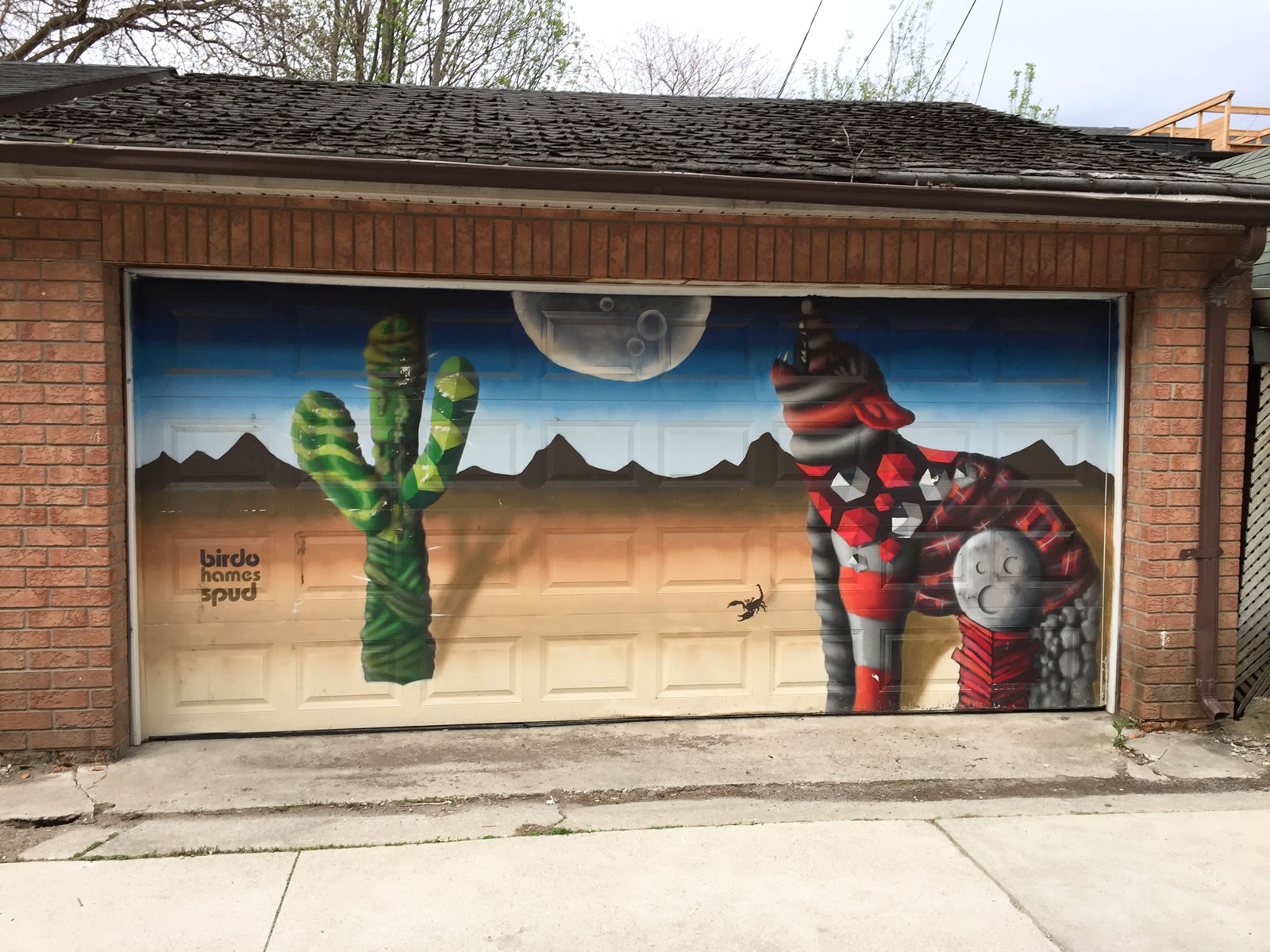 There’s a 3rd mural on to the right.. so I included that one as well.. 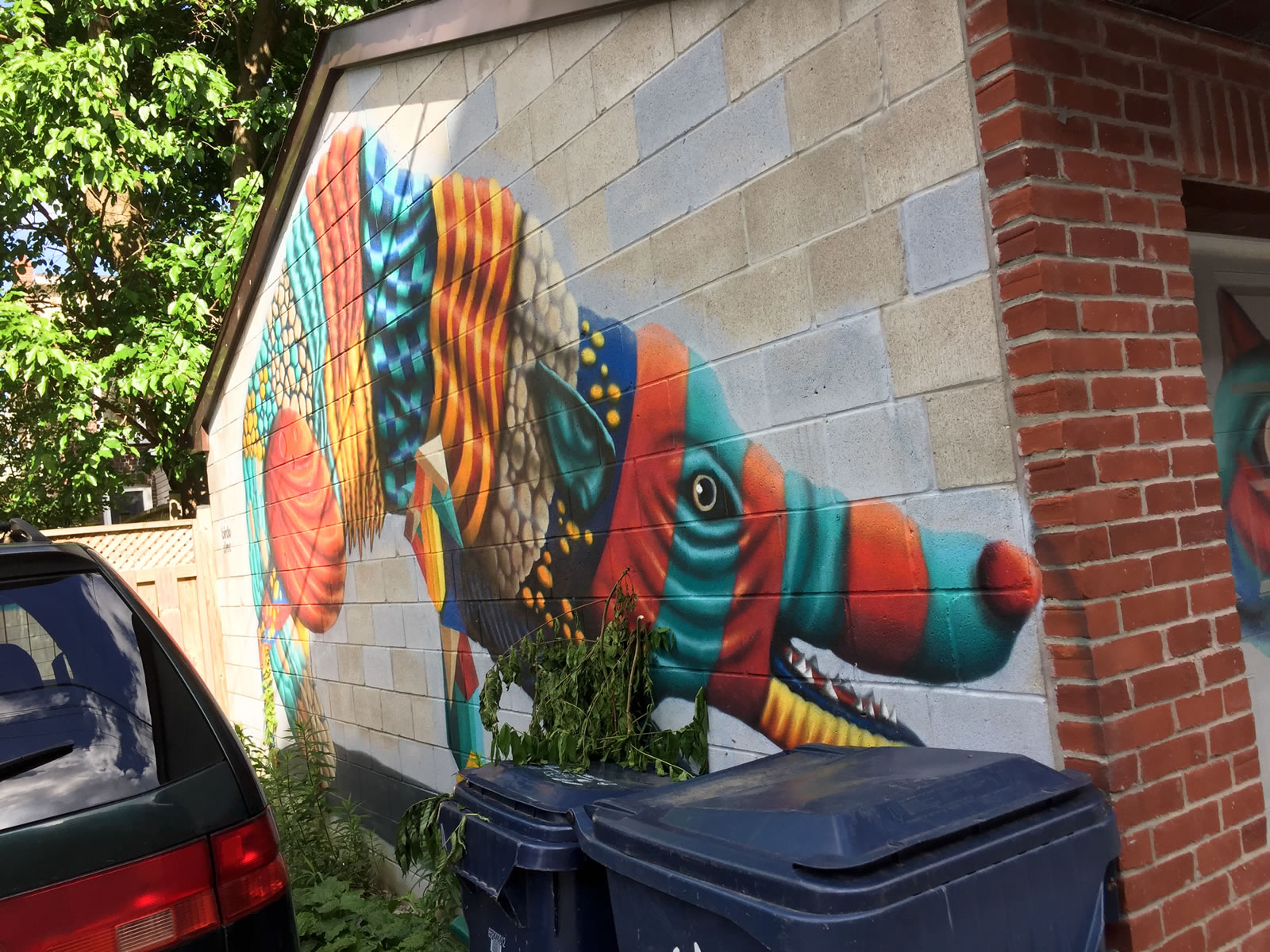 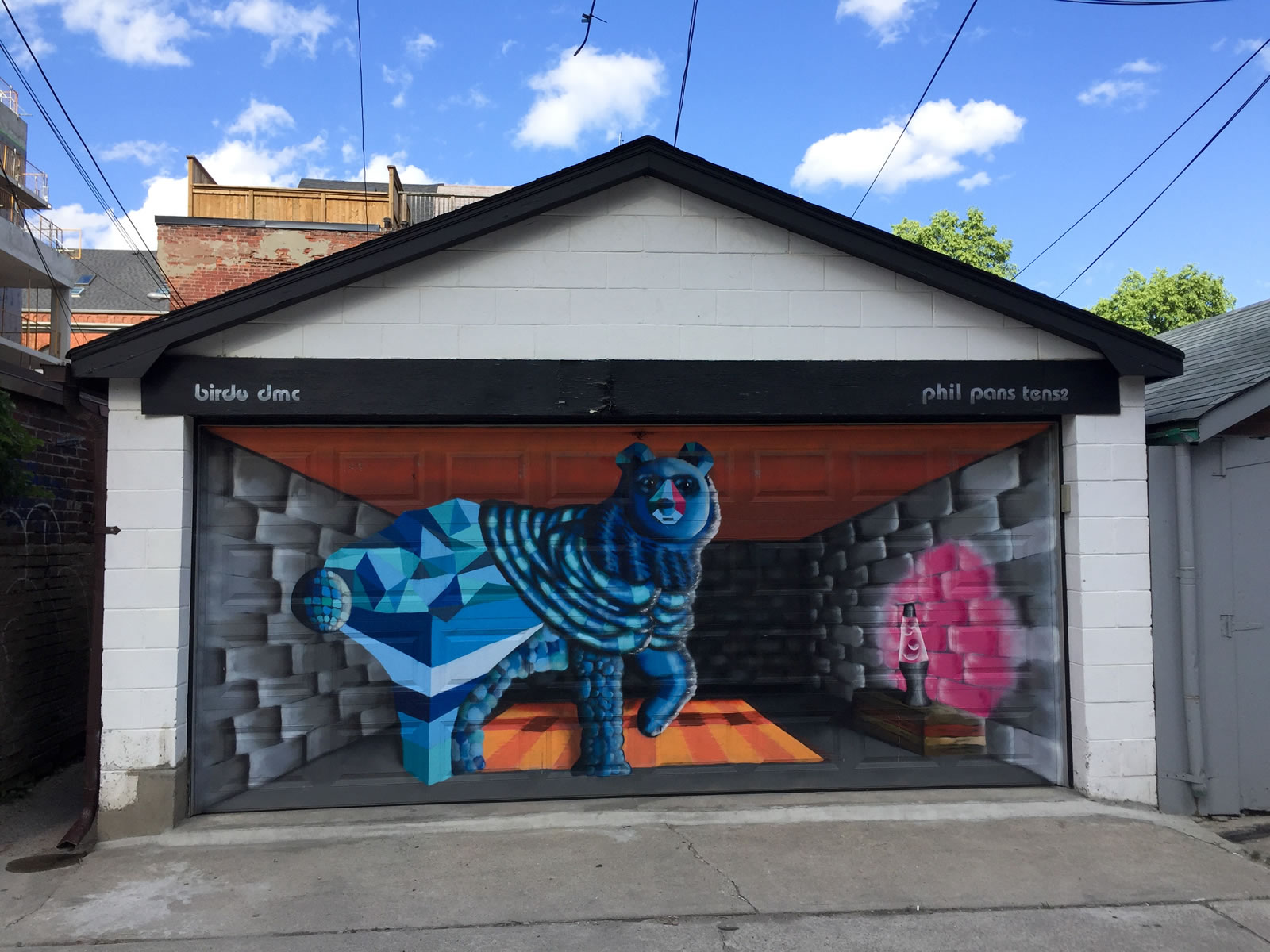 I’m including this photo from 2017. It’s another by Jerry Rugg down that same alley. 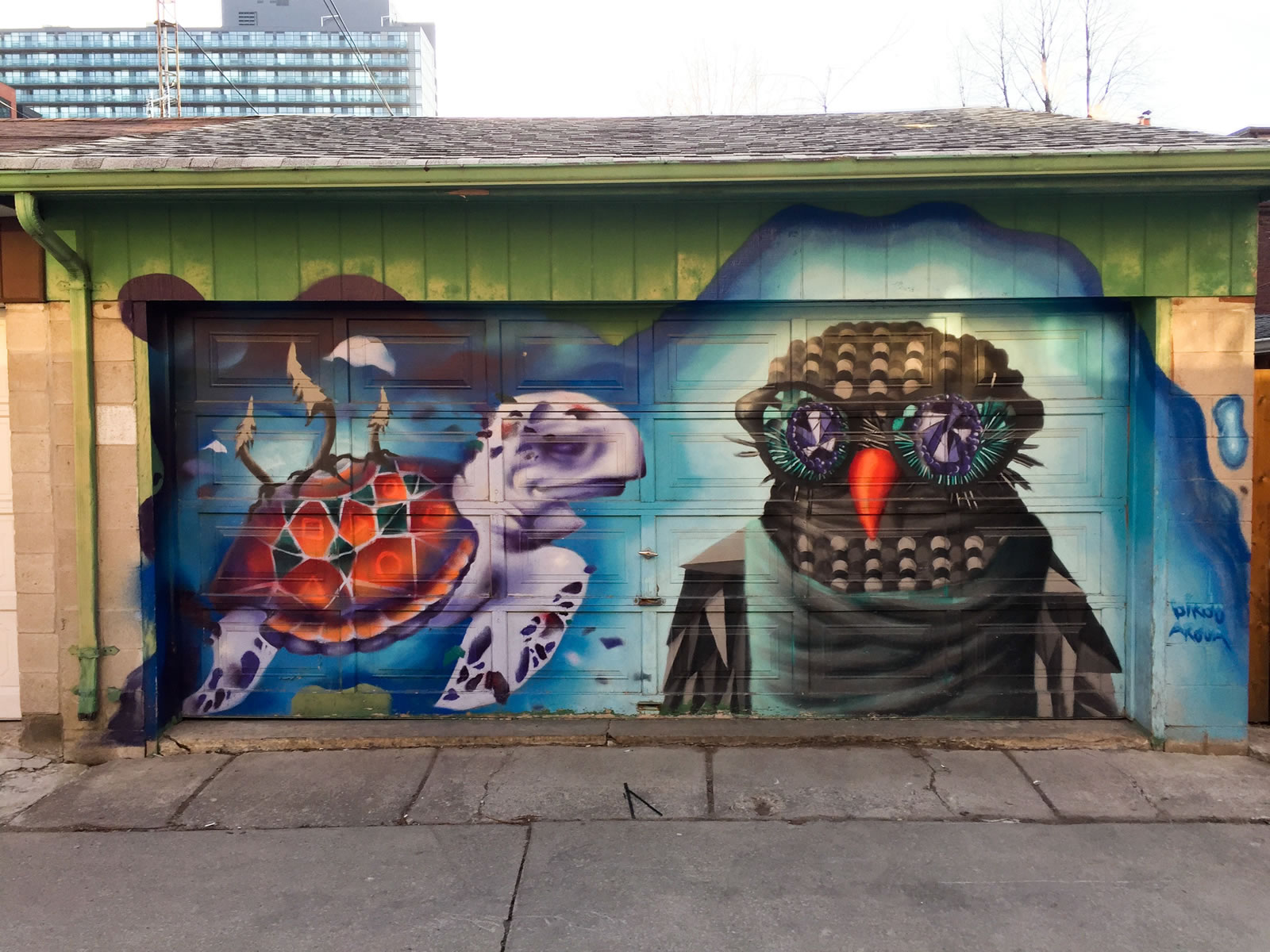 This garage door is also by Bird0 and it’s on the other side of Dovercourt. My photo was taken in 2017. I haven’t been down that alleyway in awhile. There’s been some construction in the area. 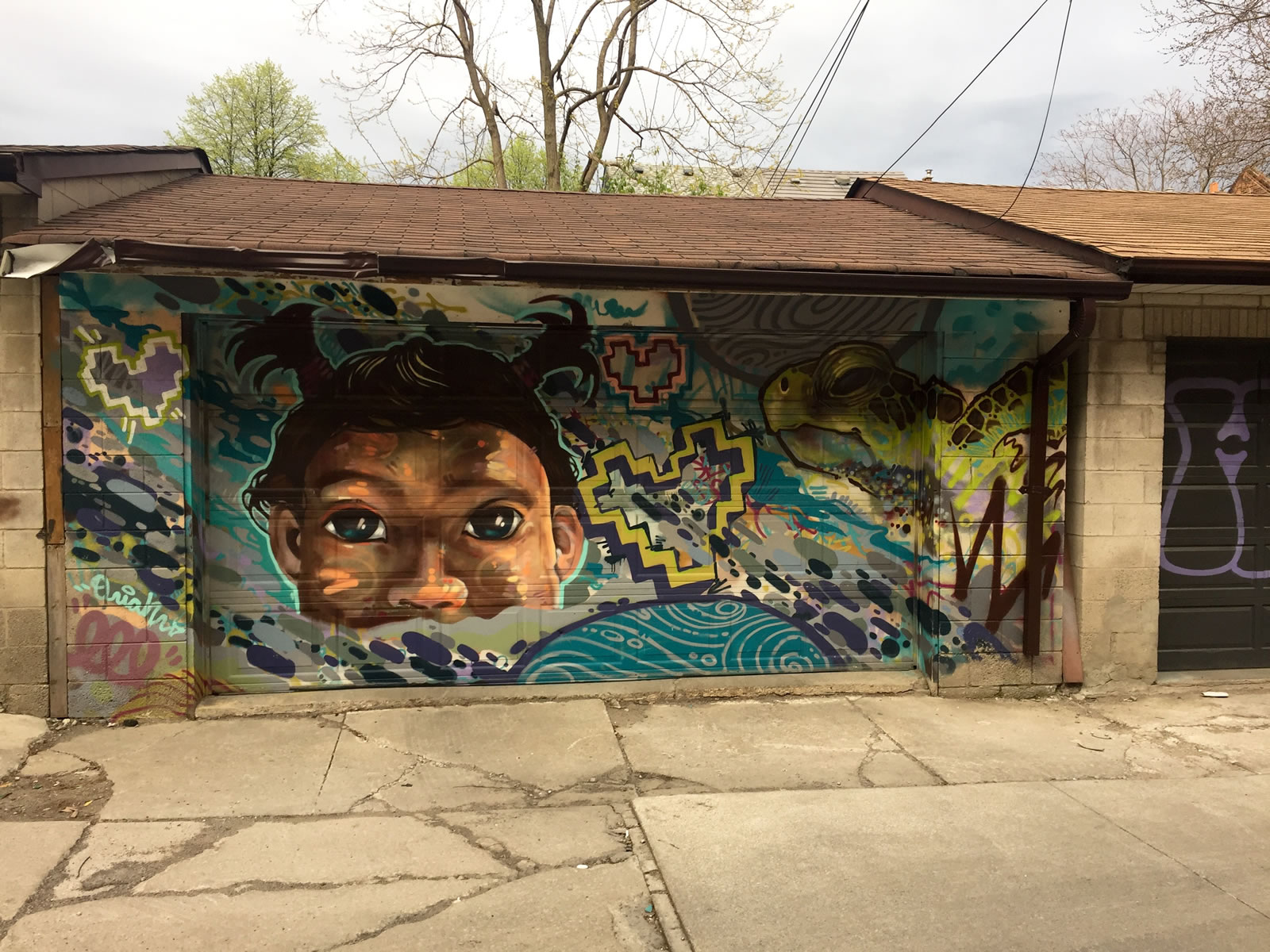 This was a surprise. A new garage door mural by Oriah Scott. 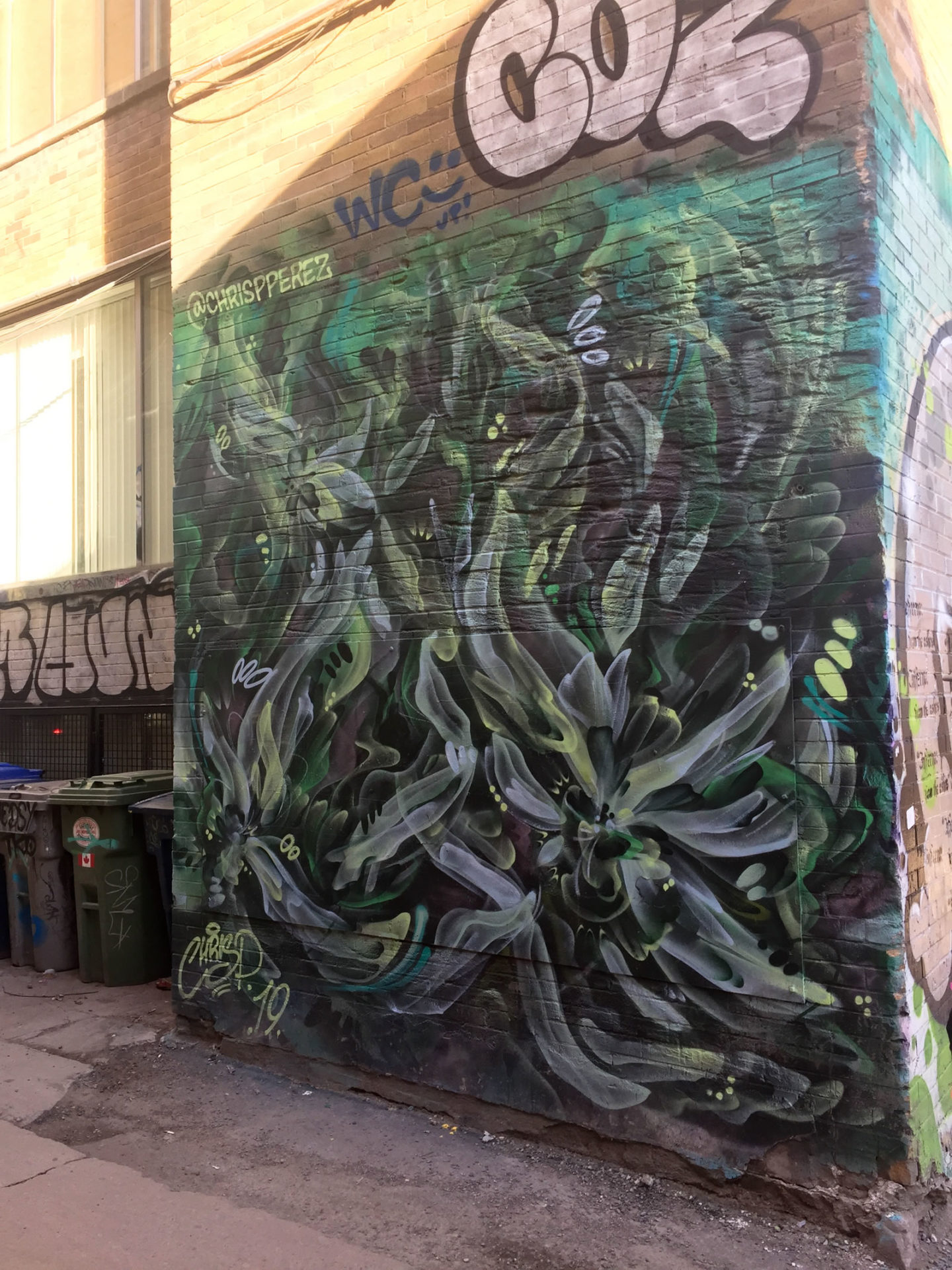 This is a new mural by Chris Perez in Graffiti Alley. I would have gotten a better shot. BUT.. a bunch of teens came and started taking selfies in front of it. 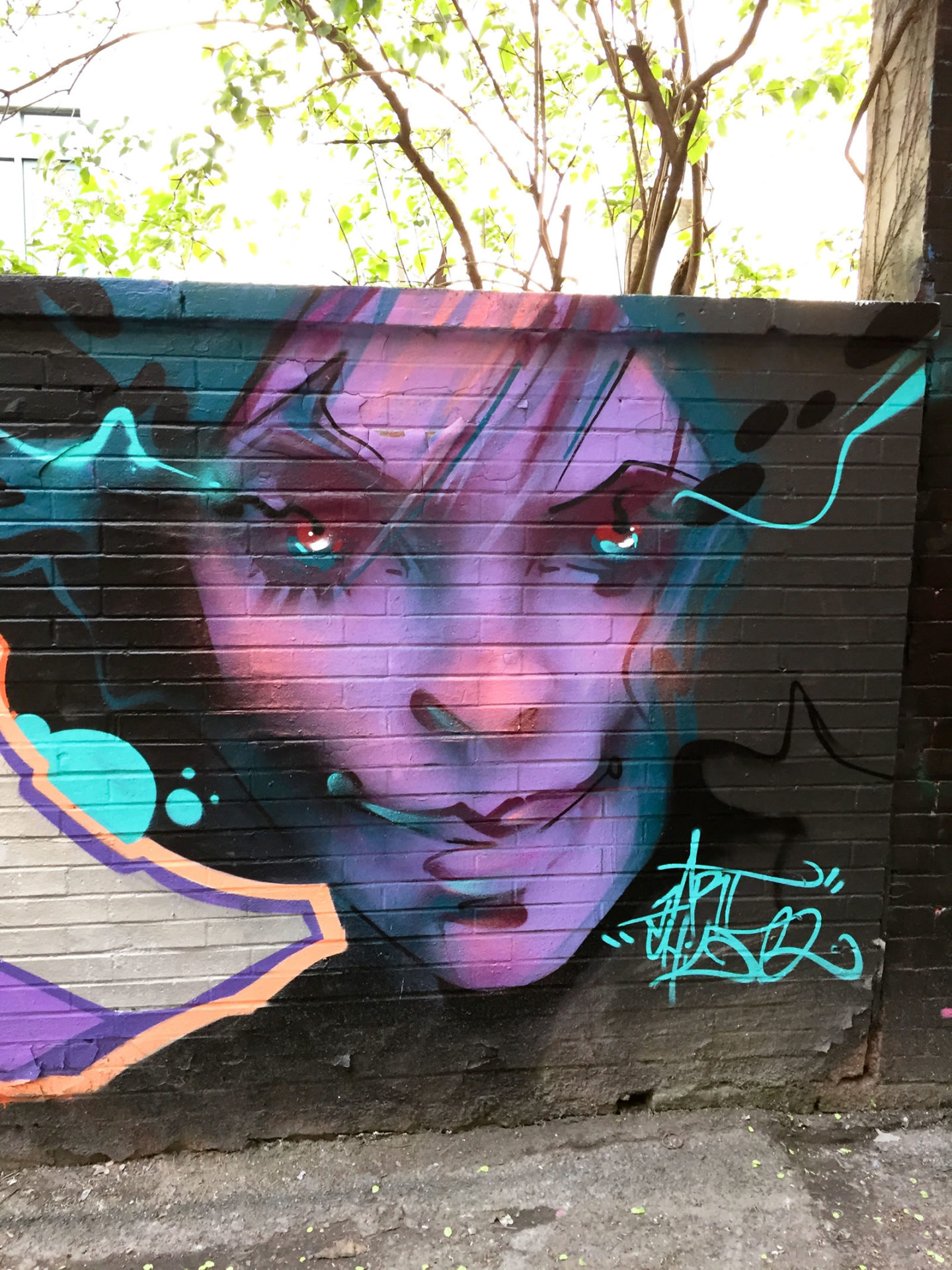 I don’t remember this mural being there by Art Child before. 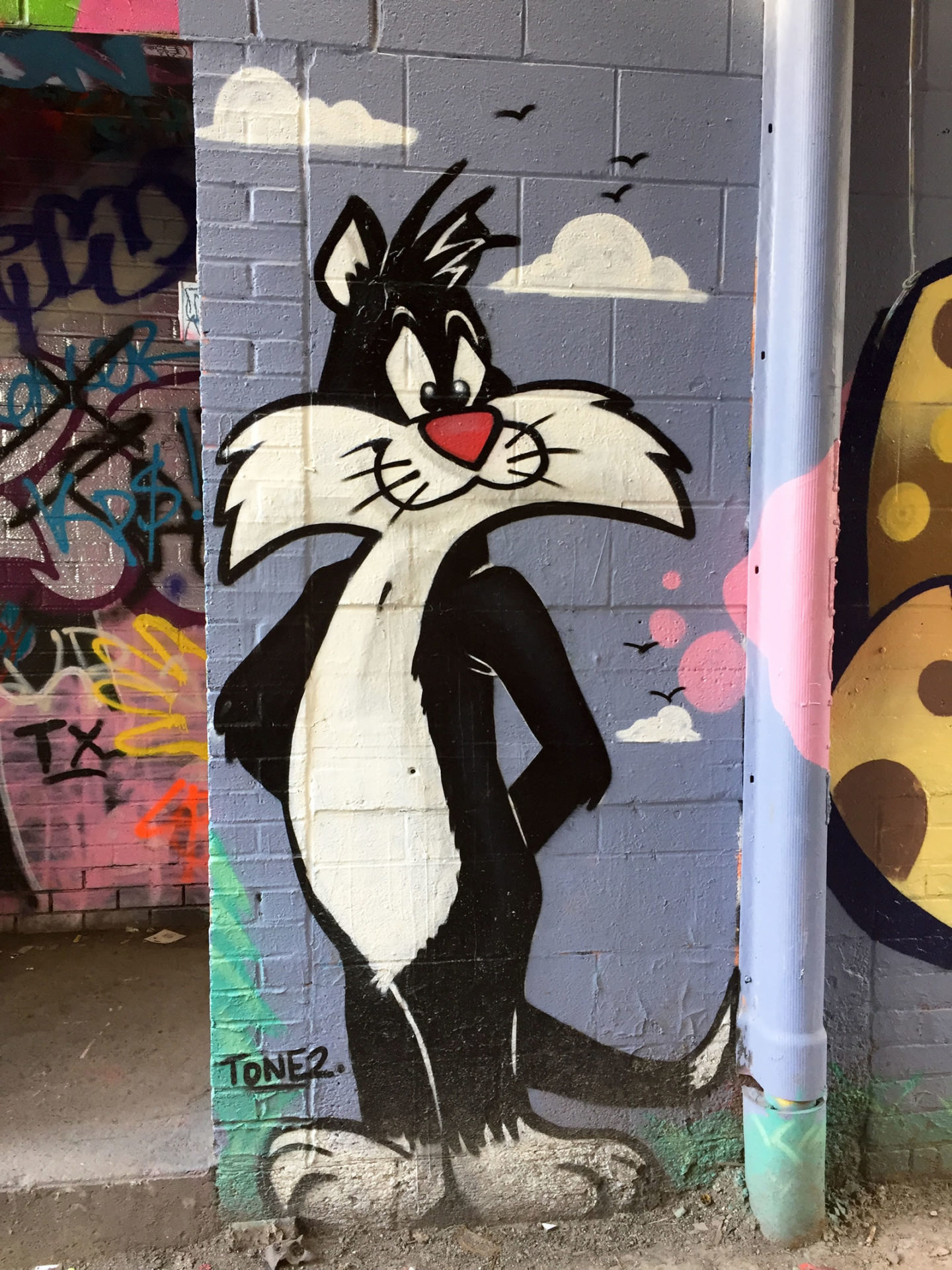 This mural by Tone2 is also in Graffiti Alley. Almost all of the cartoon characters are by him. 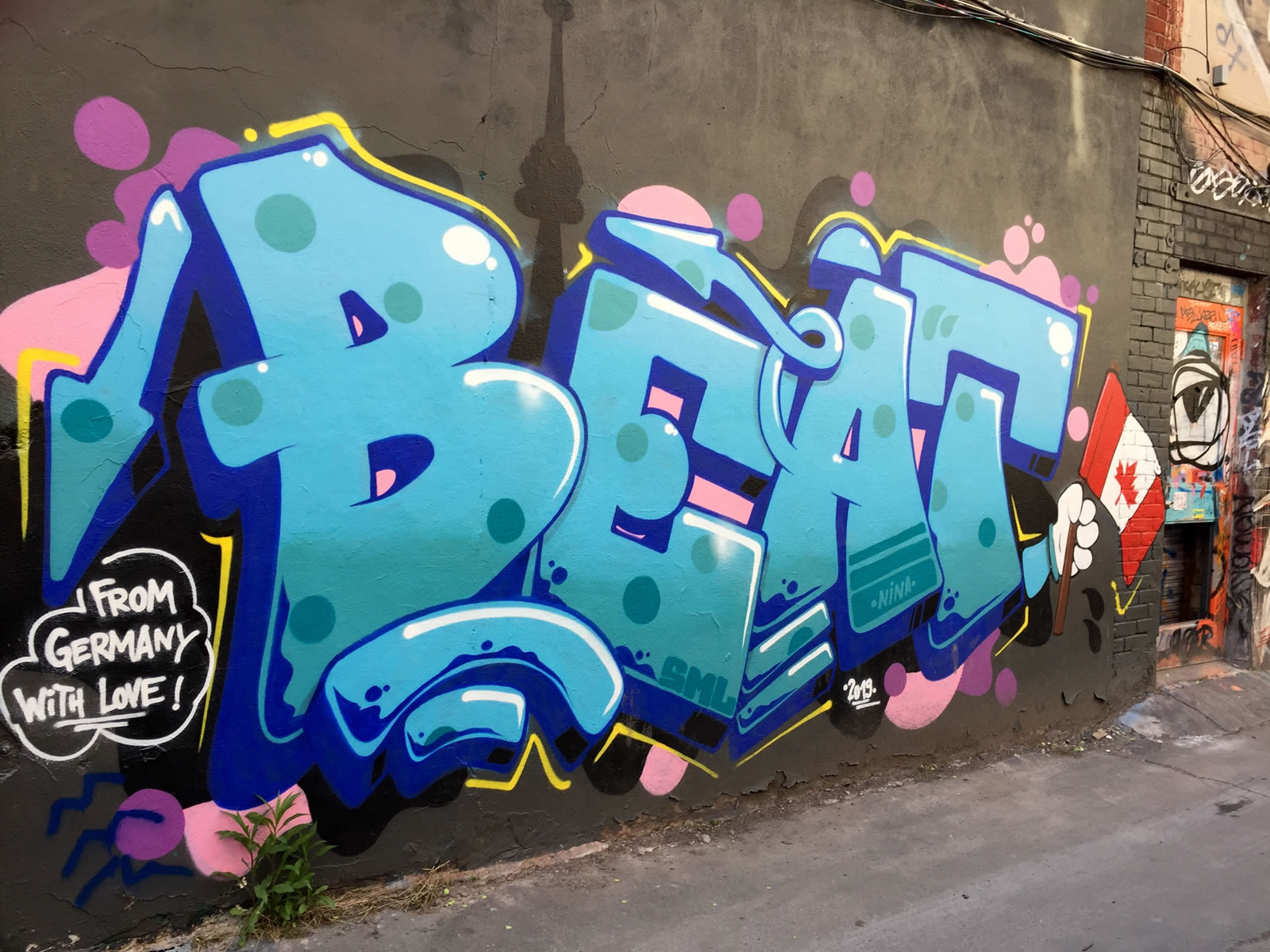 I don’t know much about this artist. I found an interview online that he did:

“When I started Graffiti in the mid 90s I wrote several different names. Beginning of the two thousands I focused on writing BEAT, it was just because of the letters. I really like them.”

BEAT SML is from Germany 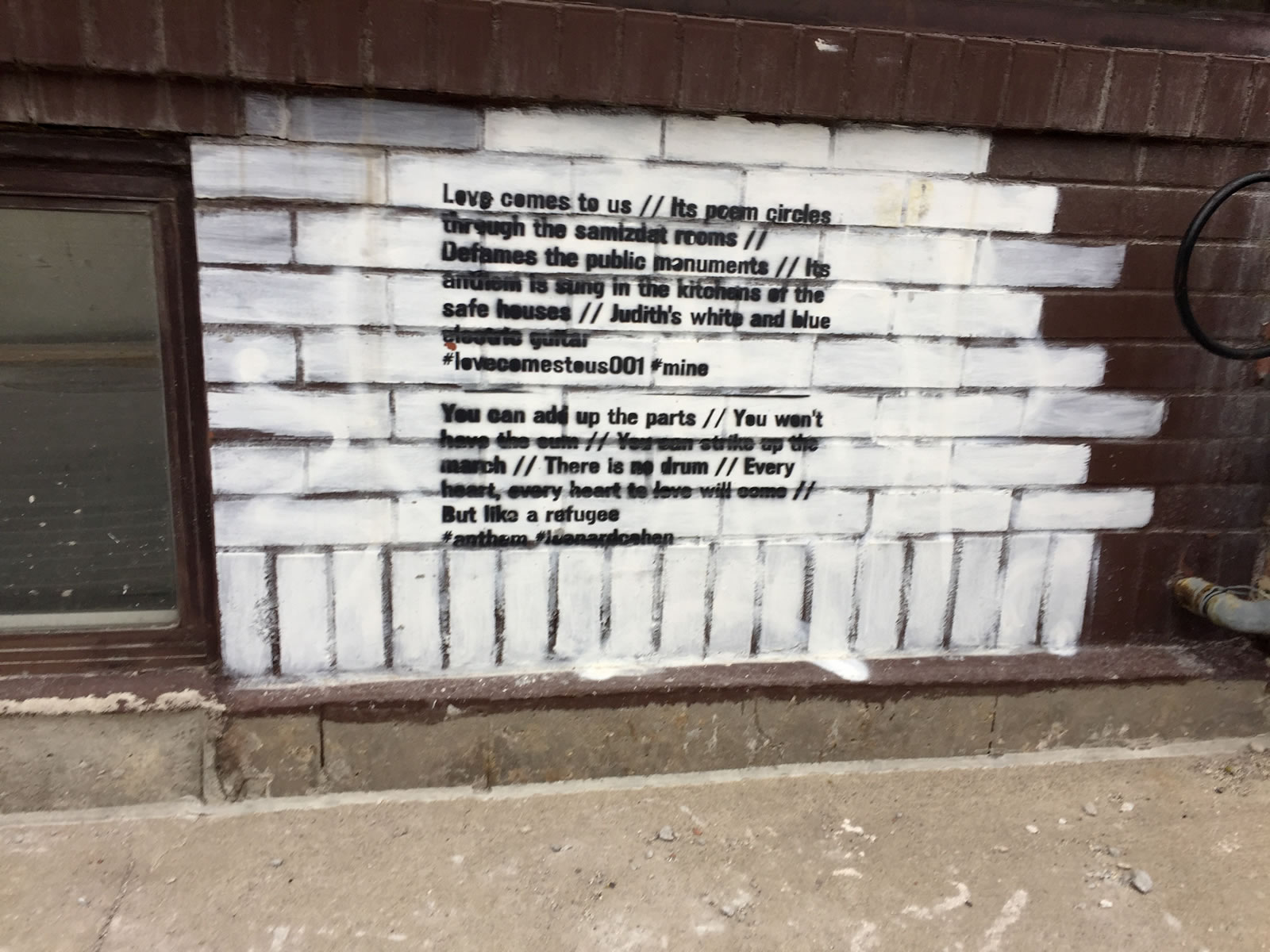 This artist is a little mysterious. All I know is she puts these ‘poems’ in very hard to notice places. So far I have found 3. This latest one was discretely stenciled on a brick wall.

You can add up the parts // You won’t
have the sum // You can strike up the
march // There is no drum // Every
heart, every heart to love will come //
But like a refugee
#anthem #lenoardcohen 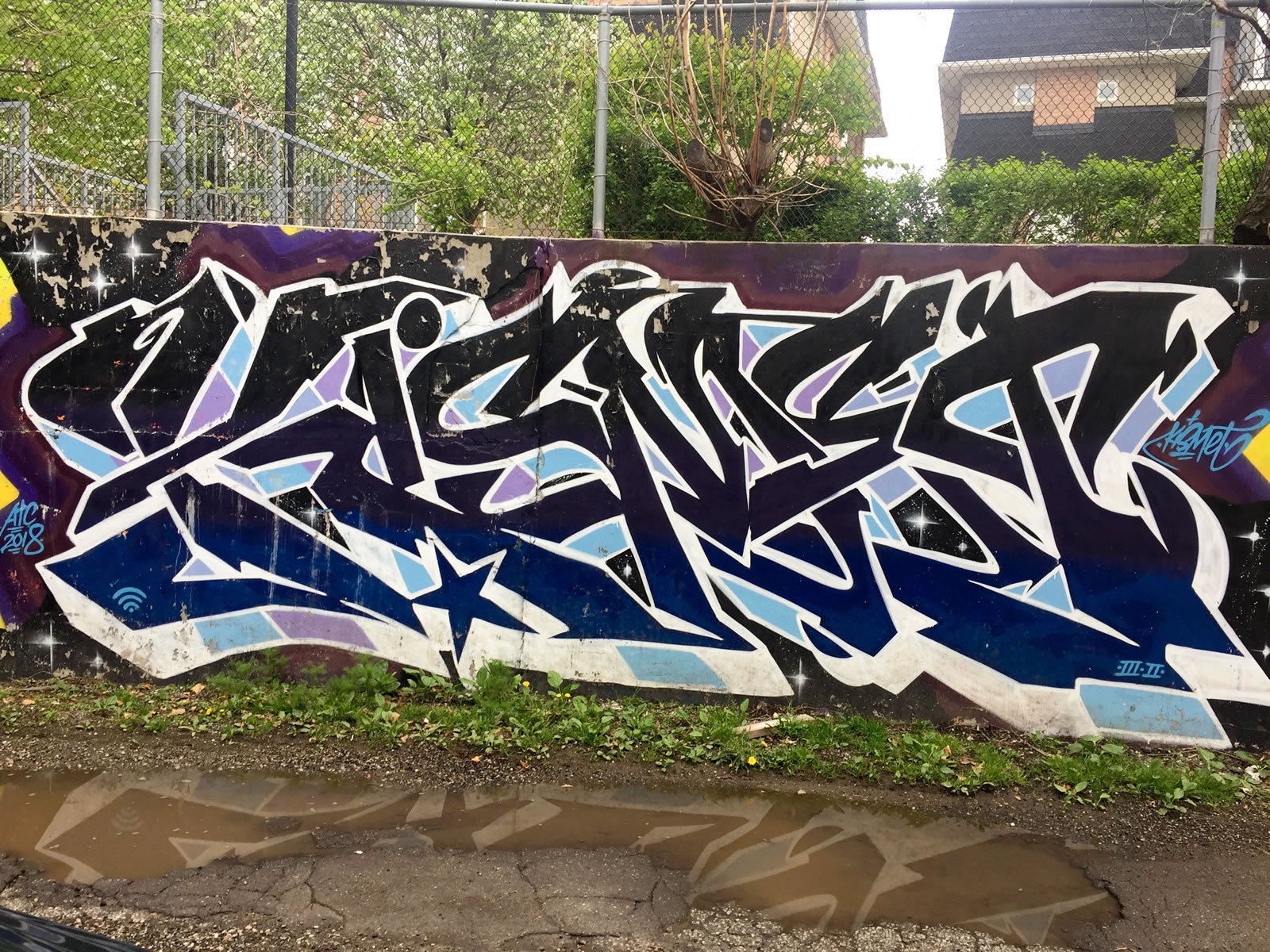 I found this Kizmet32 in another back alley in Bloorcourt. 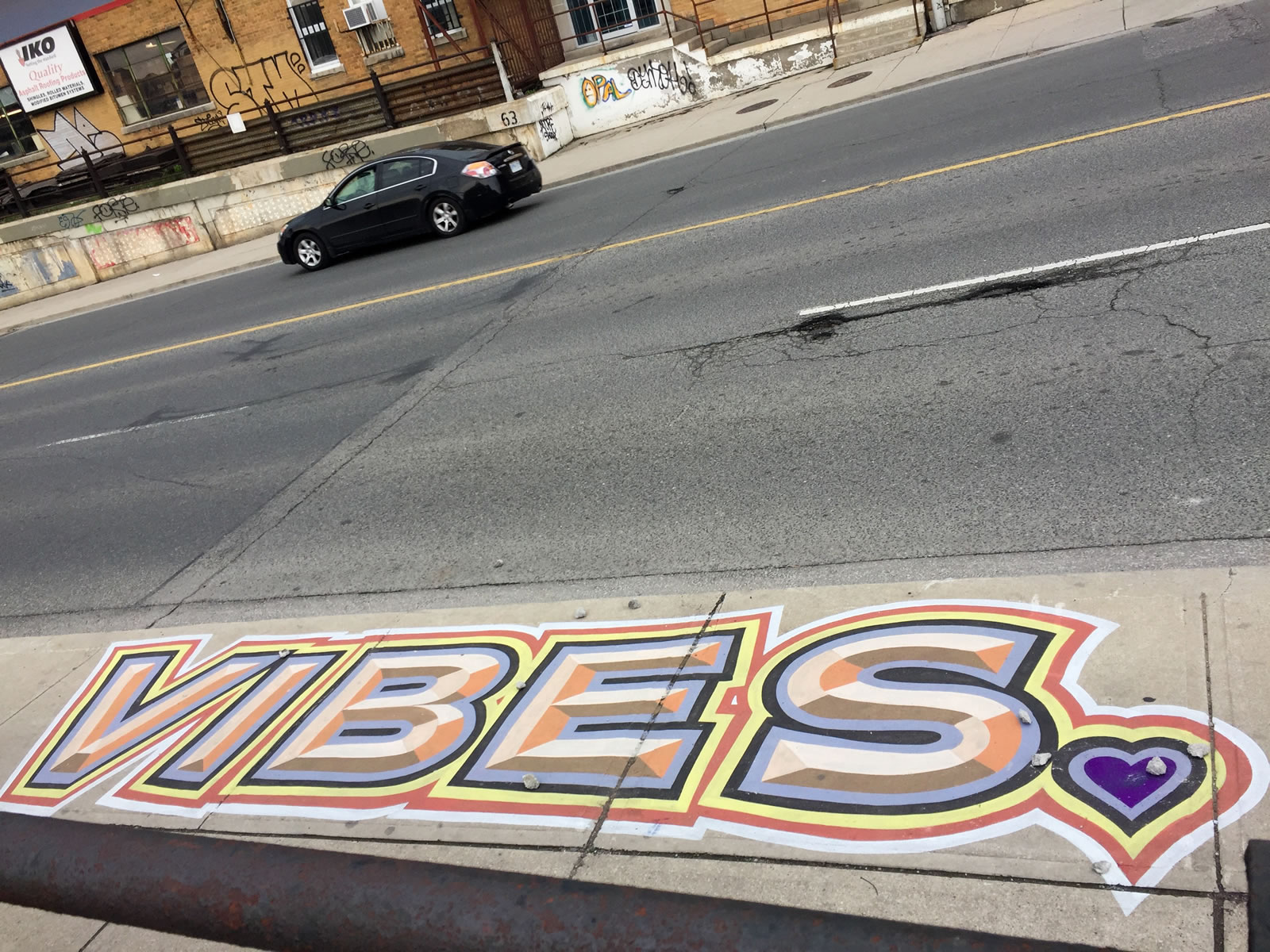 Victor Fraser has been painting lots of sidewalks in Bloorcourt Village. 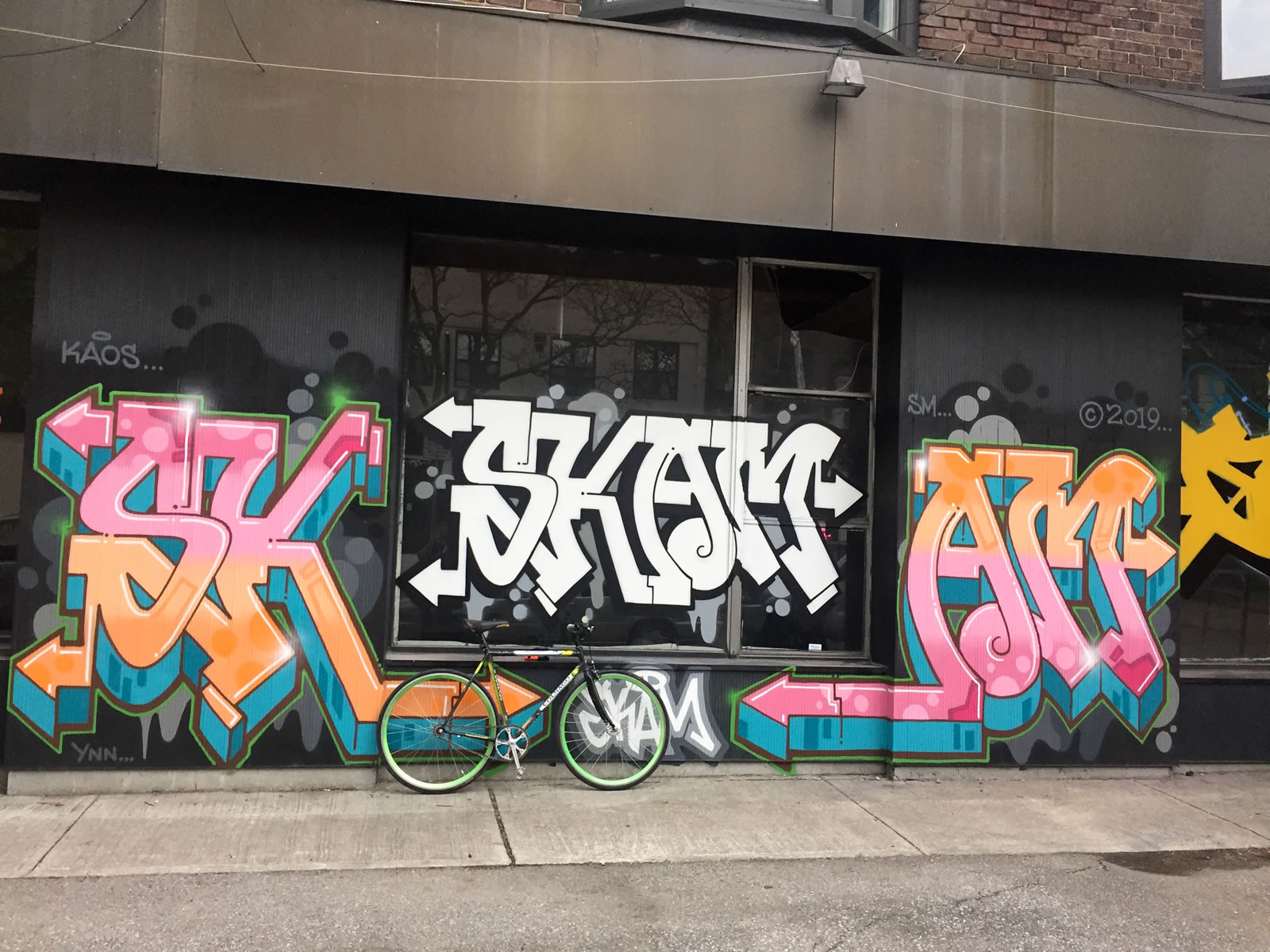 I got to see Skamoney working live. I took a picture of some of them.. but I know they like their privacy.. so I won’t post them all. 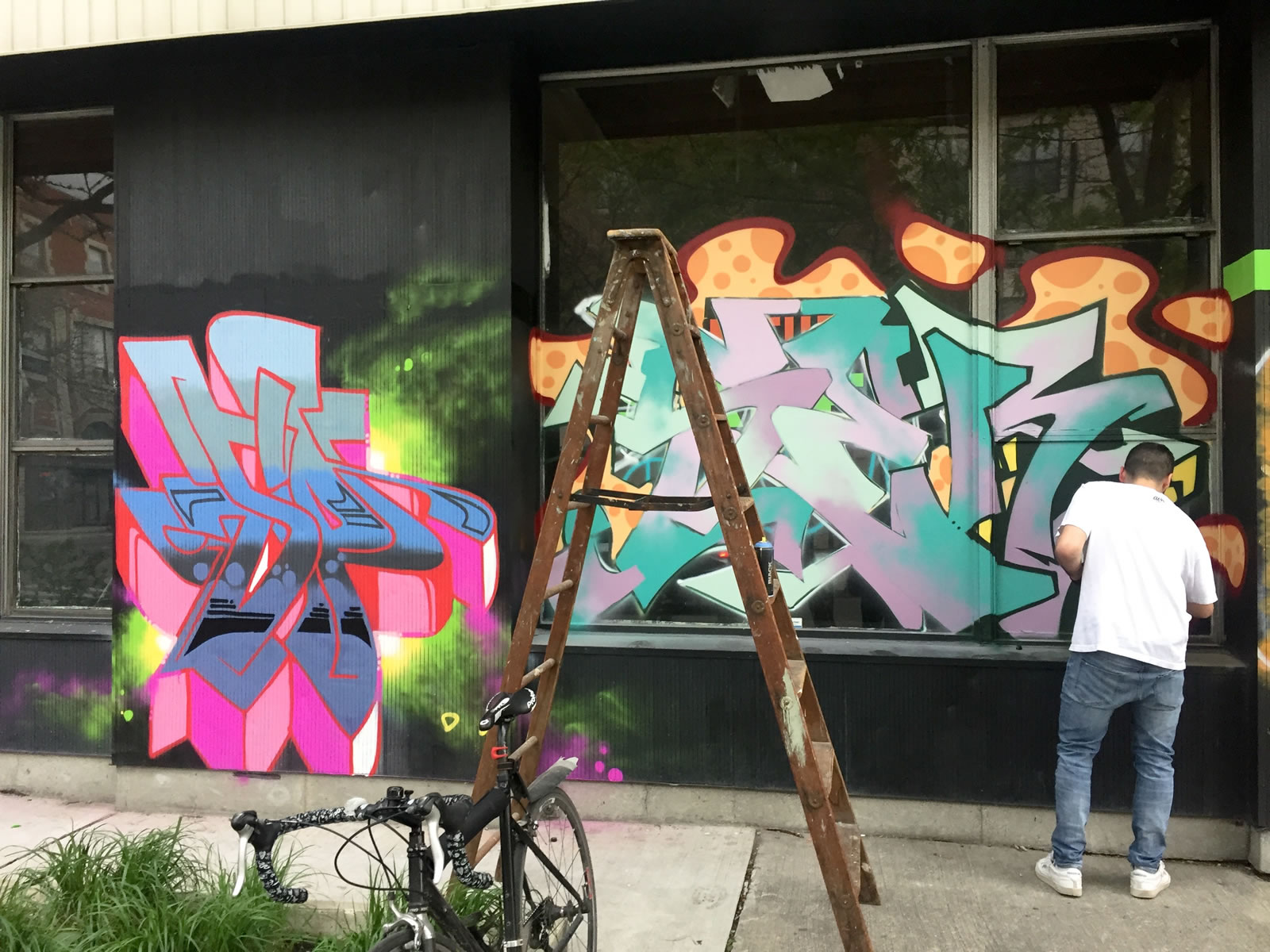 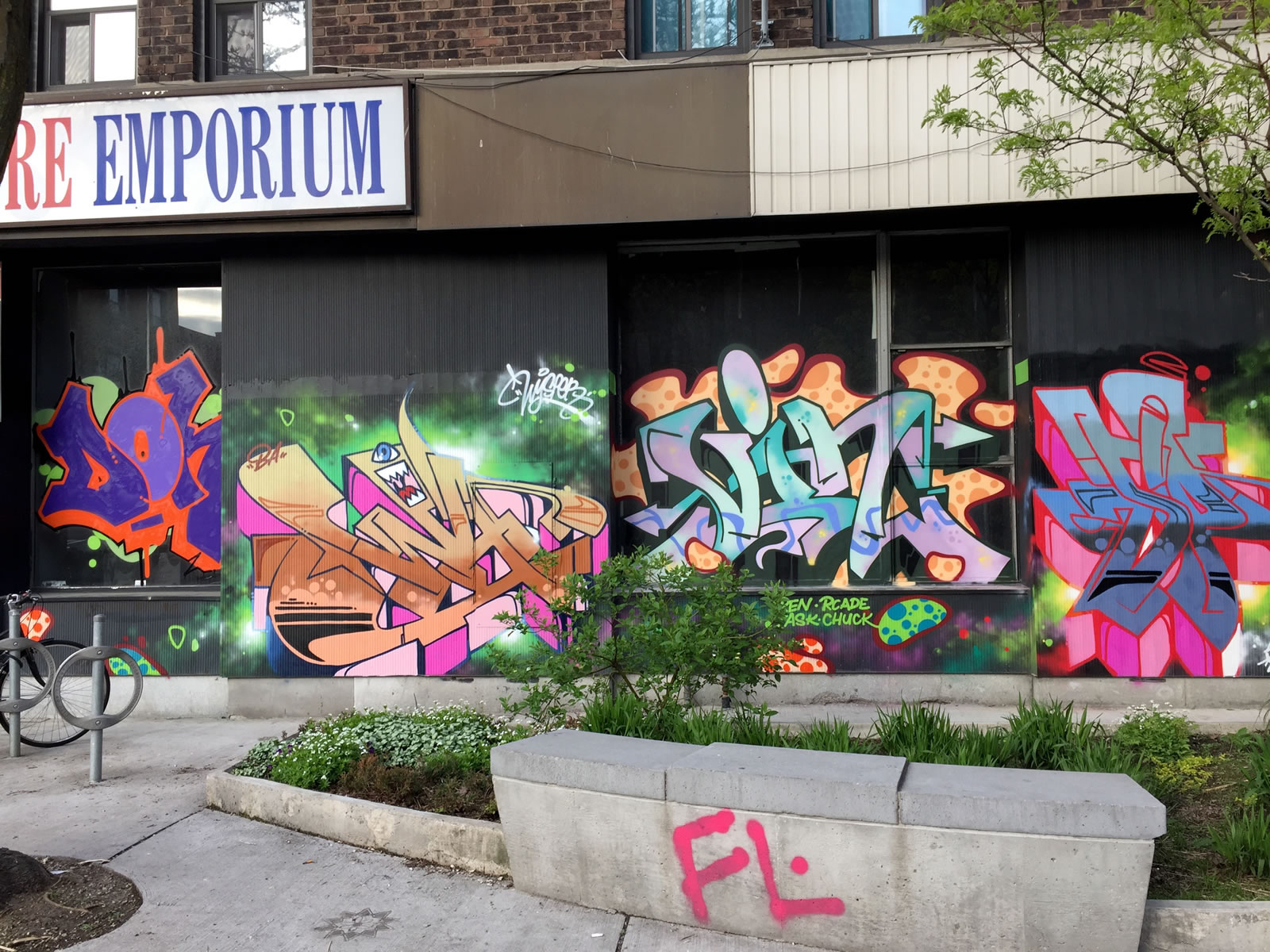 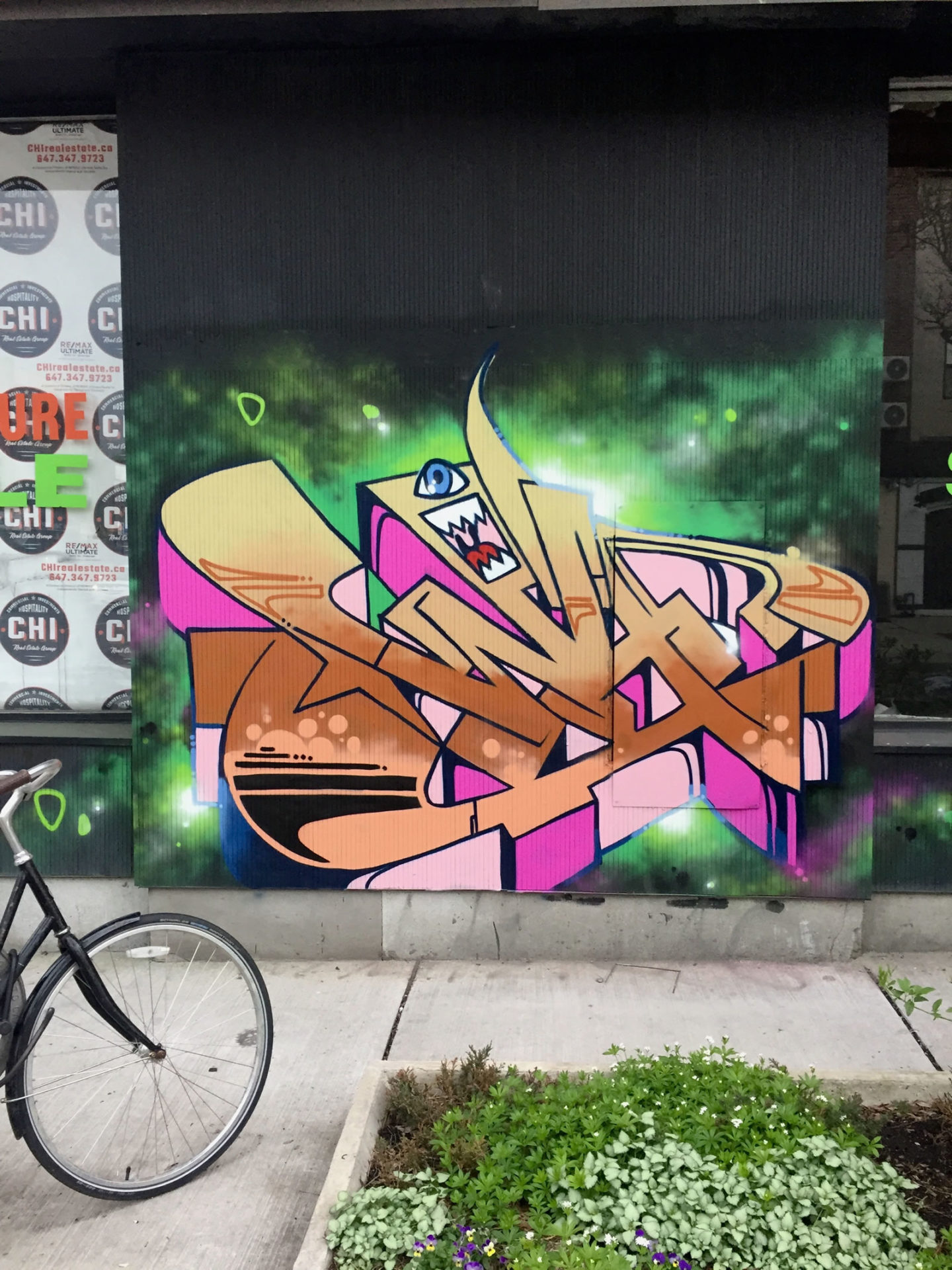 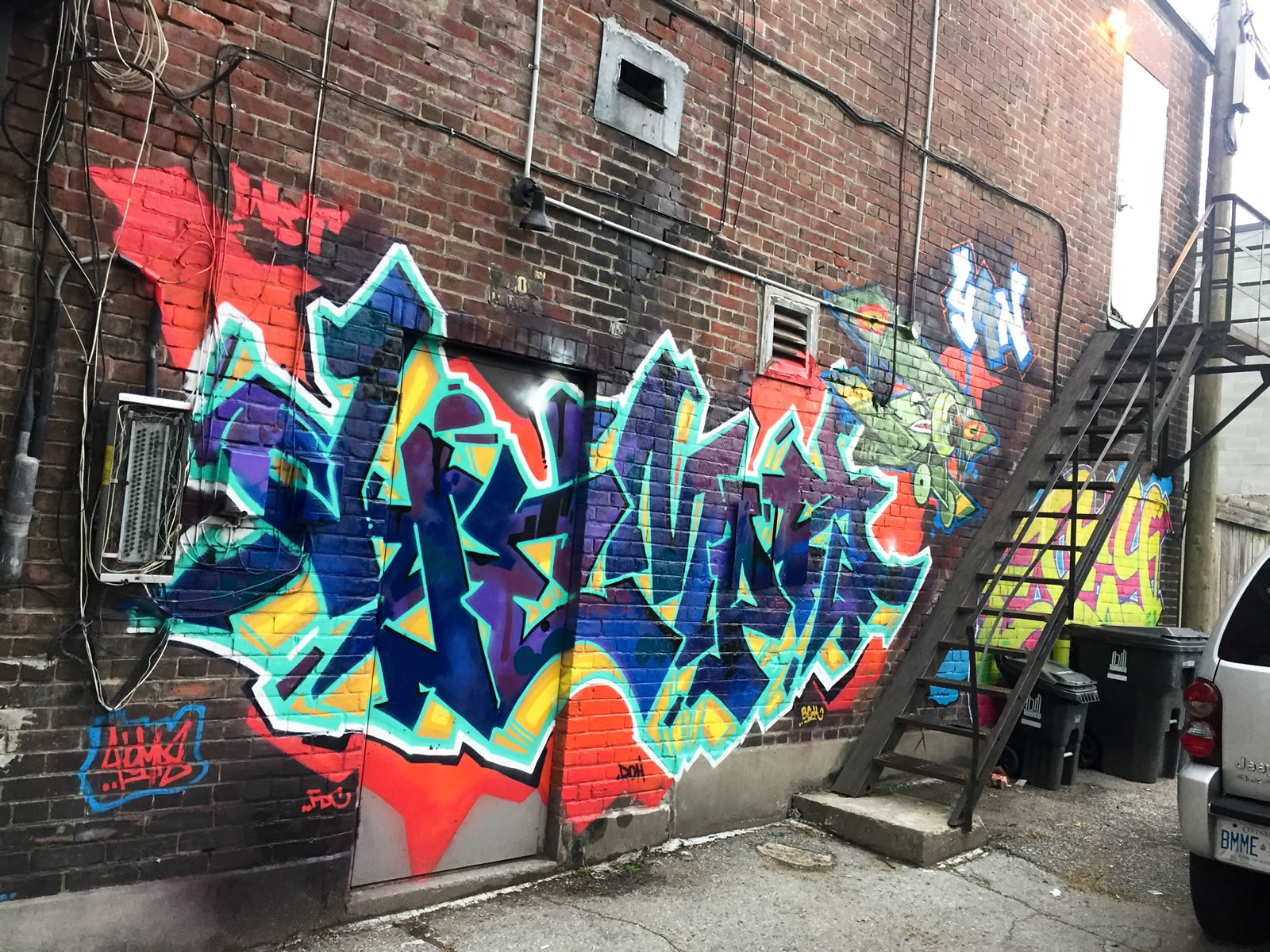 Not all of these graffiti writers have Instagram accounts.

Vinnyizms & Shinobi Studios are two of the artists here. 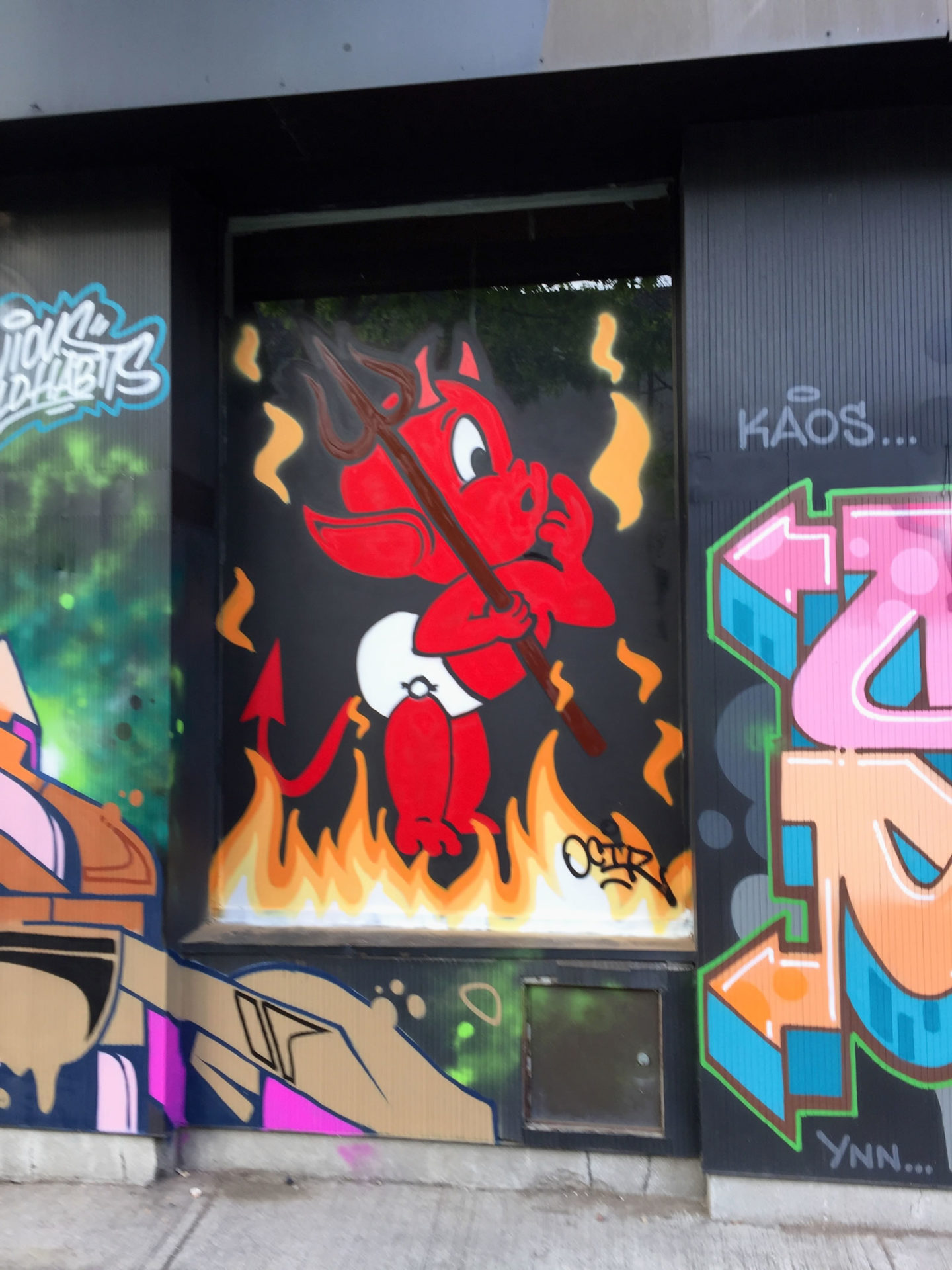 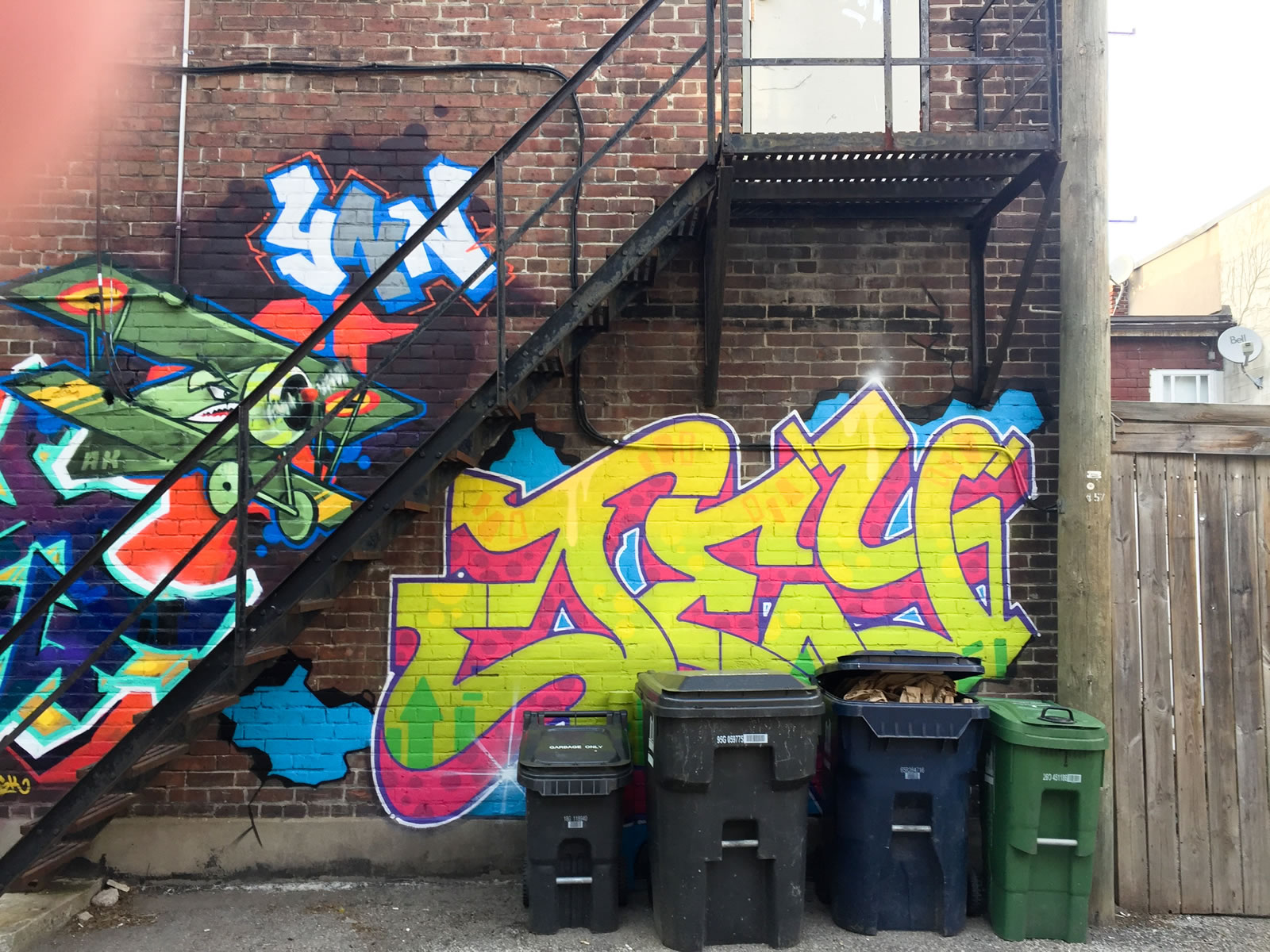 Yes.. that is my finger in the photo.. sorry about that ! 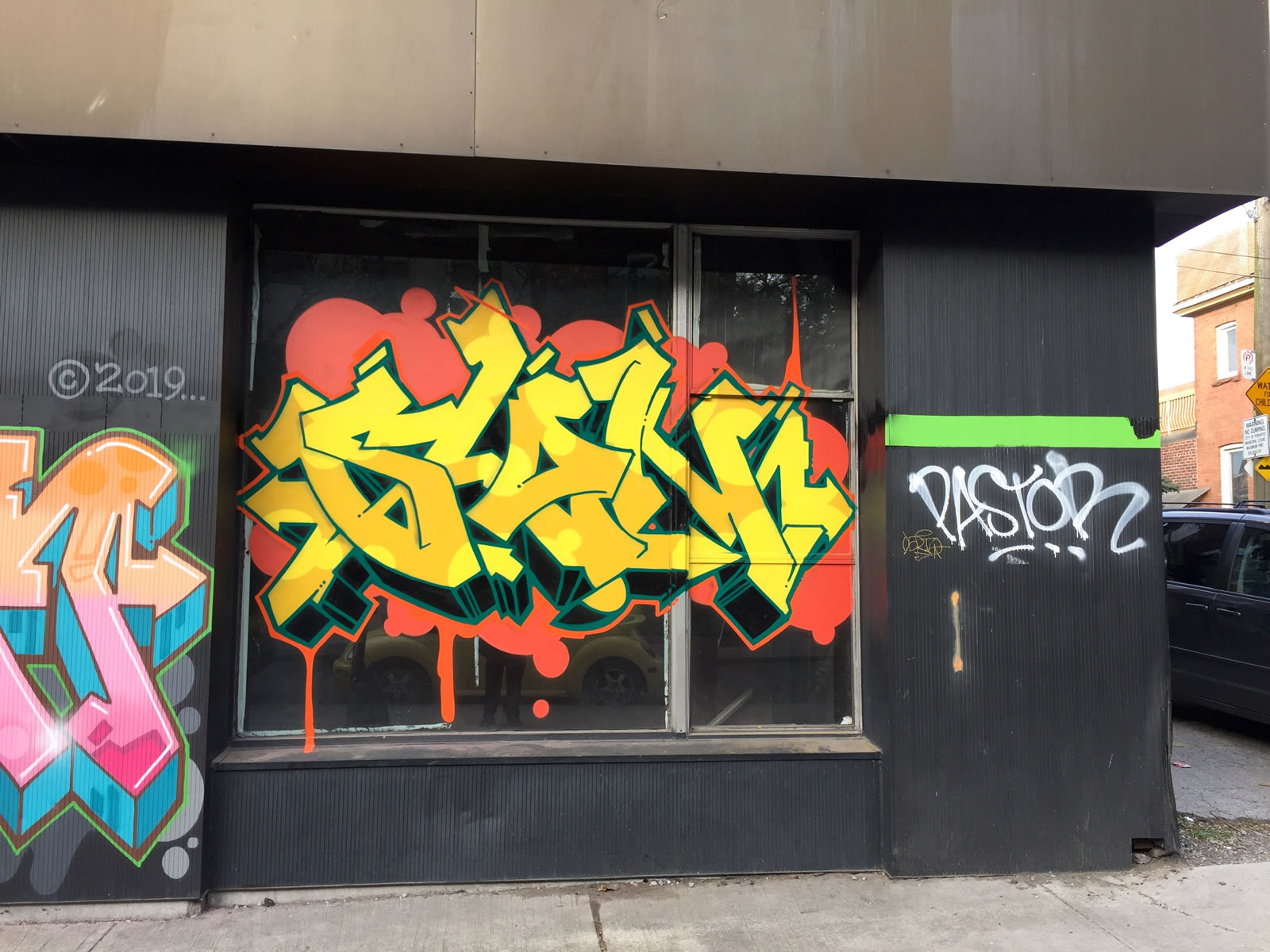 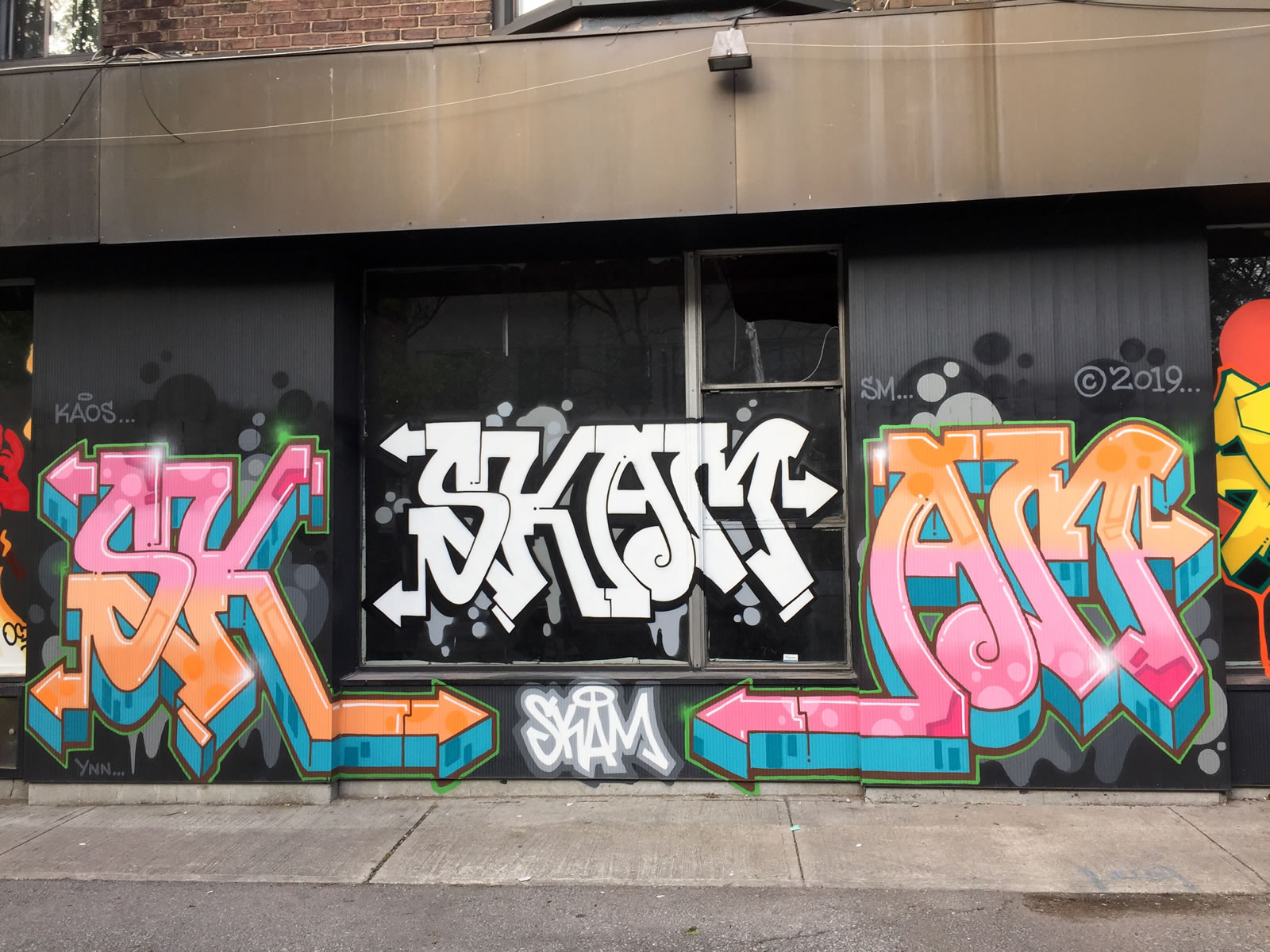 This used to be furniture place.. but it moved next door. The building was badly tagged which is why they were doing this artwork. Graffiti prevention !!