These are my street art & graffiti finds from December. I may or may not have shown some of these. I’m catching up with the pictures (and videos) that I haven’t posted from last winter. Spring is here which means that mural season will start again ! I have a fair bit of material from December.. so I’ll split this into two parts. 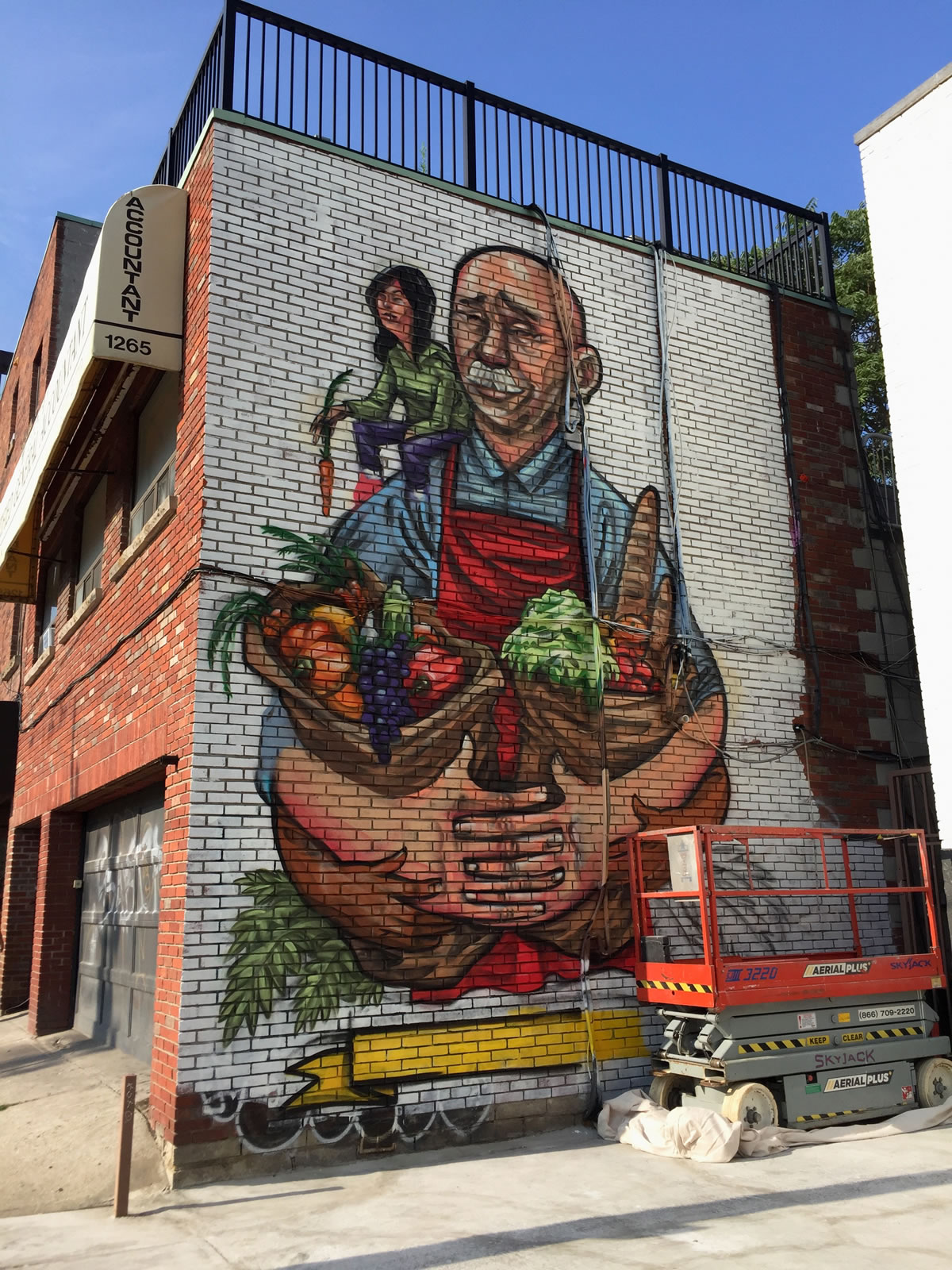 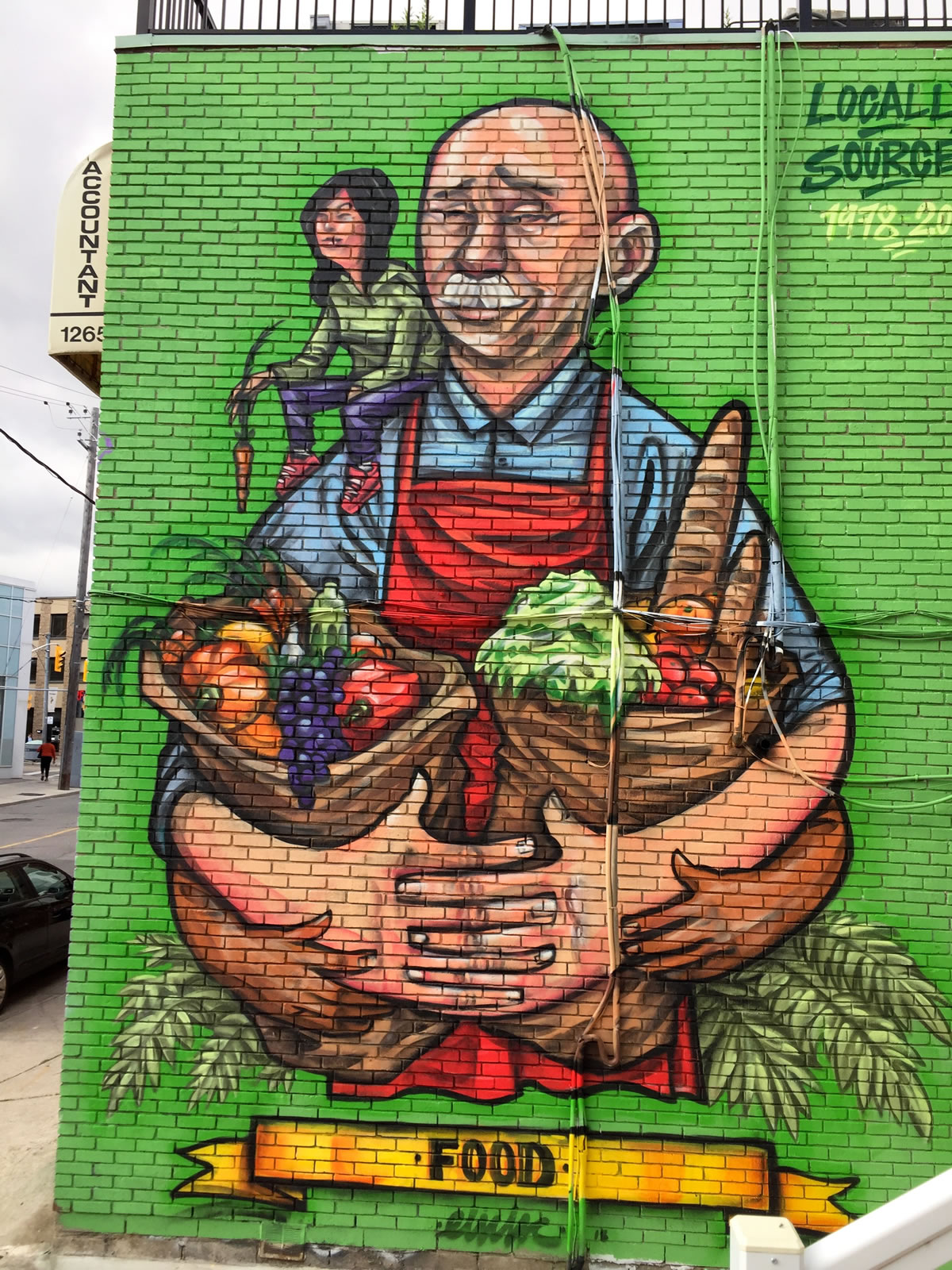 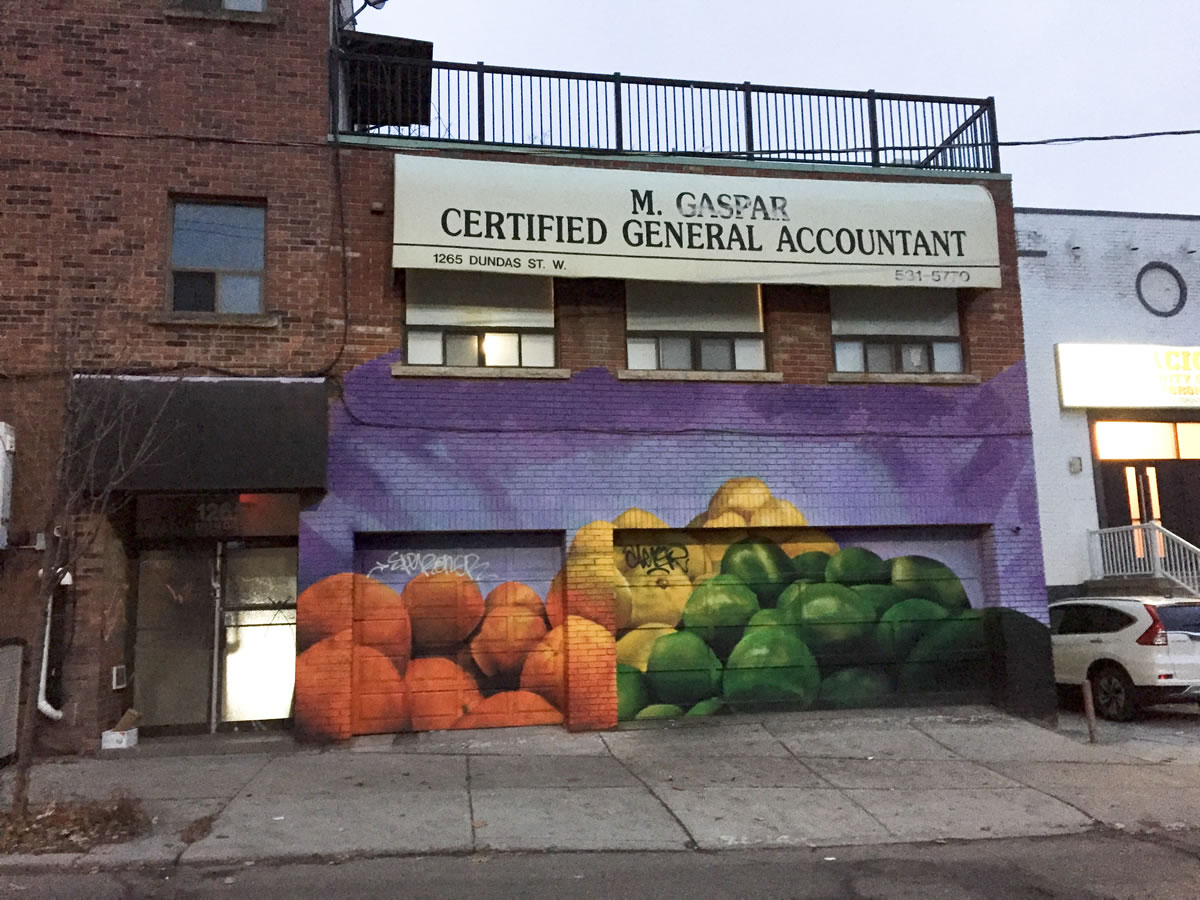 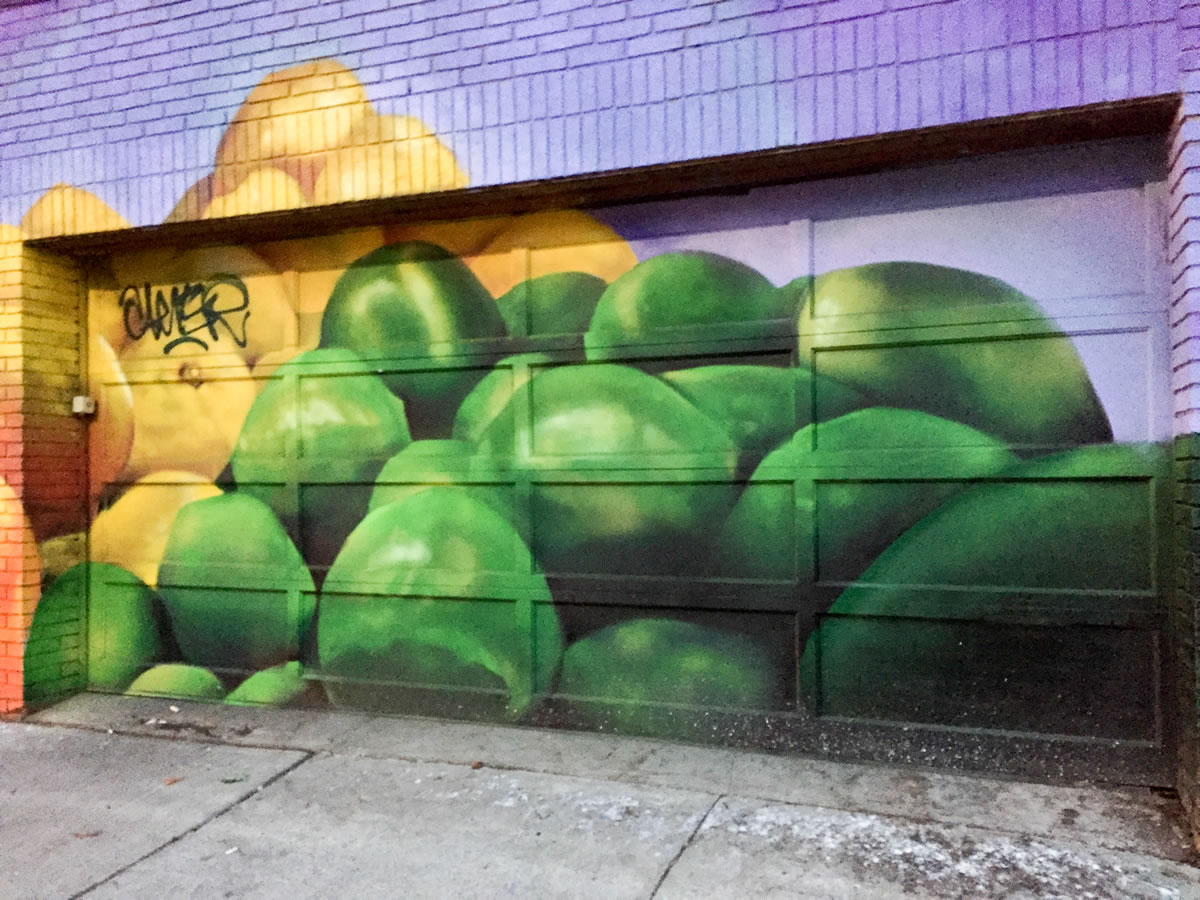 Mural by Eliscer for a Fruit Market up the street. I found this back in October.. but it wasn’t finished. He add that green background. The garage on the side was added later.. unfortunately, someone tagged it.

I believe this is by Wysper … that wall had been tagged so this is a nice replacement for the art that was there earlier. 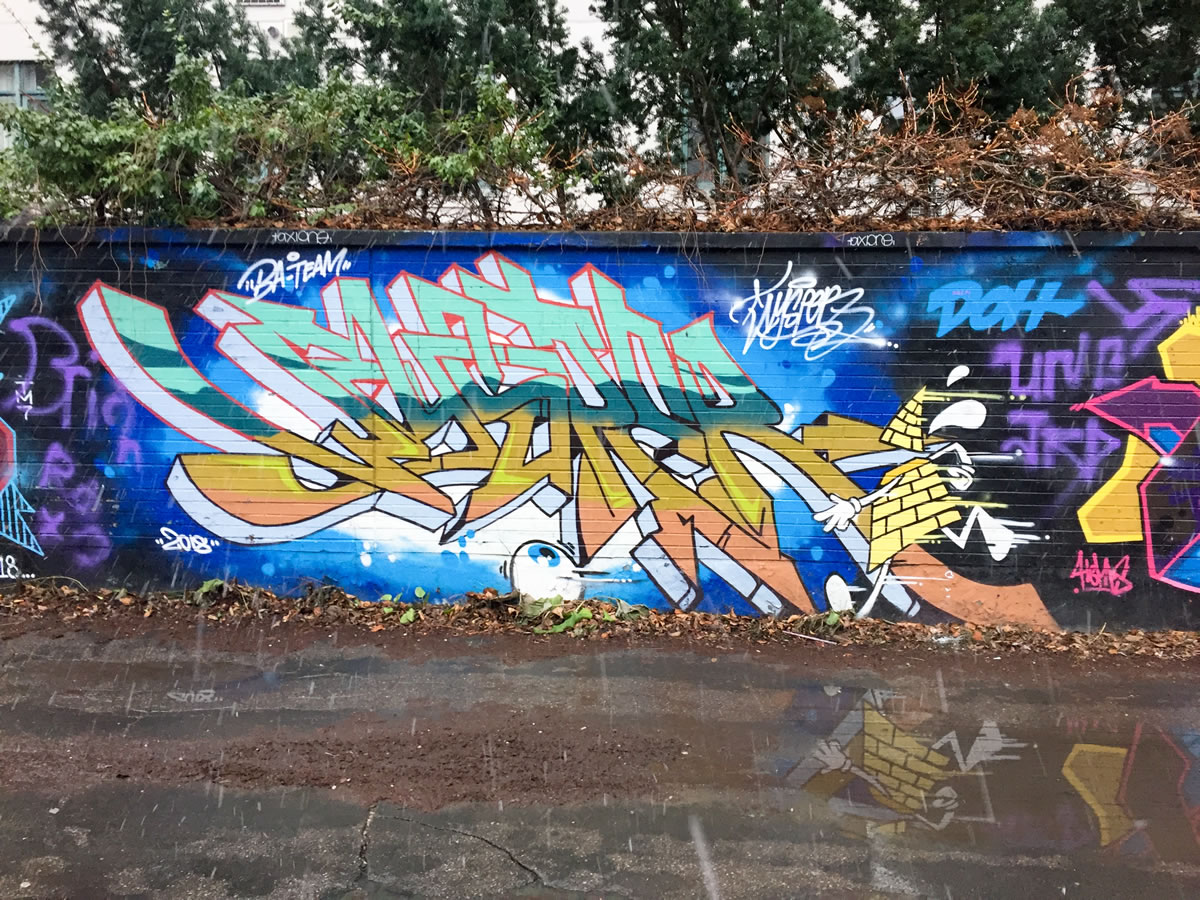 This is definitely by Whysper and you can find it in Graffiti Alley. I liked the reflection of it in the puddle. You can see it was snowing.. 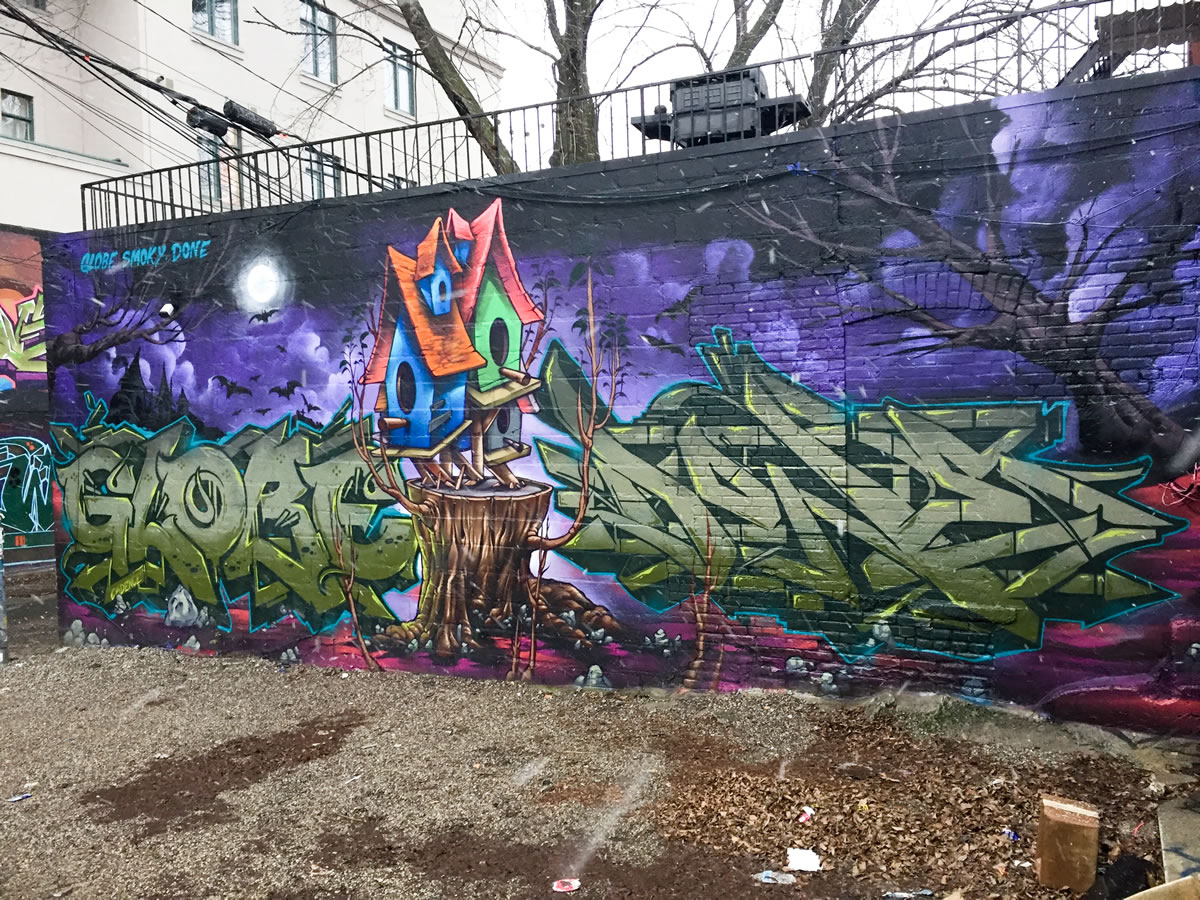 I posted this by Bruno Smoky earlier but there was a car in front. I got lucky this day and no car.

Victor Fraser must have painted this on the side at least a year earlier. It’s still hanging in there. 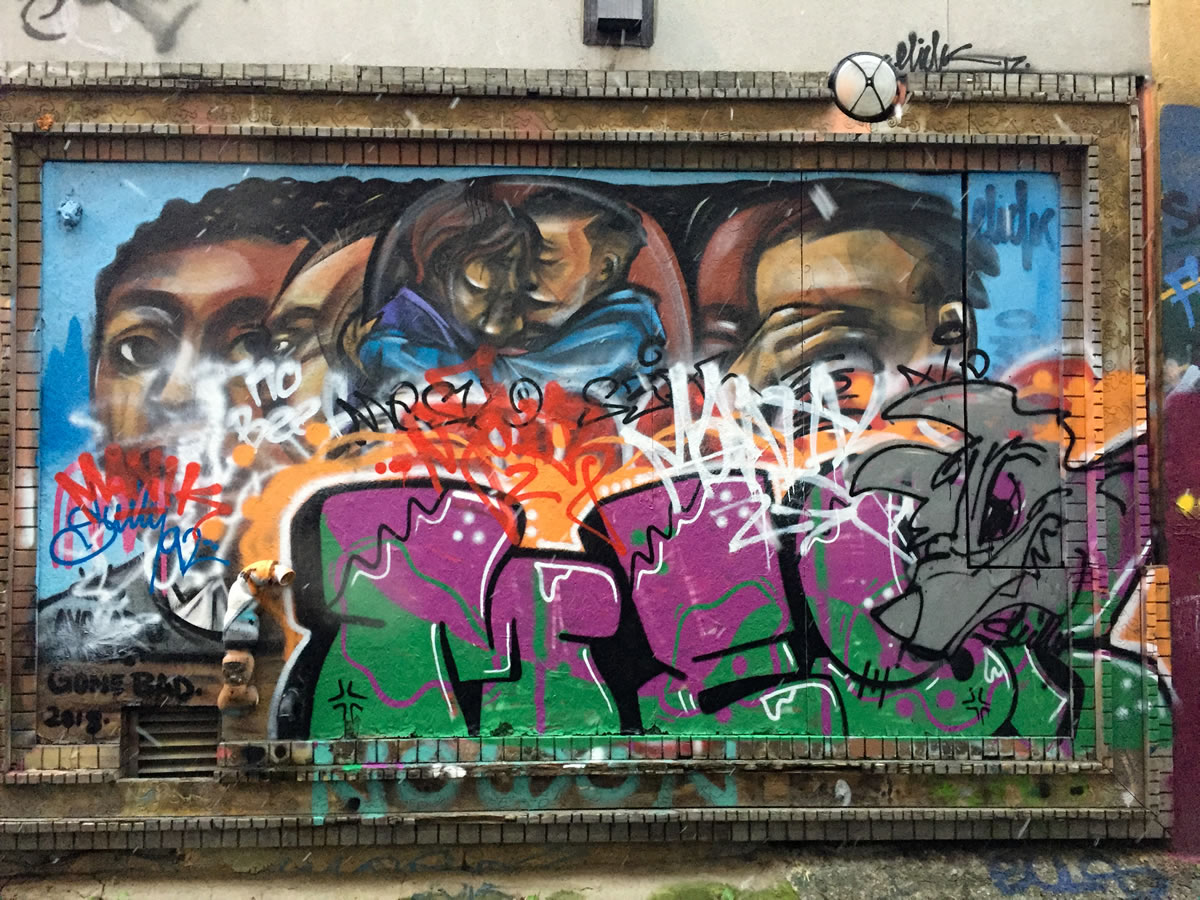 Elicser has painted this wall several times.. and always with people eating sandwiches.

Here it is before it was tagged

Since it's lunch time.. How about people eating sandwiches in another mural by @elicserelliott This mural is another alley way (and the second I've seen of his with people eating) This is low to the ground and I love how he used the brickwork to create a frame for the mural making it look like an oil painting ________________ 🎨 #art #mural #muralsdaily #rsa_graffiti #dsb_graff #Graff #graffitiporn #streetartists #streetart #streetartist #streetartistry #aerosol #aerosolartist #spray #sprayartist #ihaveathingforwalls #wallgraffiti #wallporn #urbanart #urbanexploration #explore #exploreeverything #artmural #notbanksyforum #instagraffiti #instagraff #graffitiart #sprayart #instaart 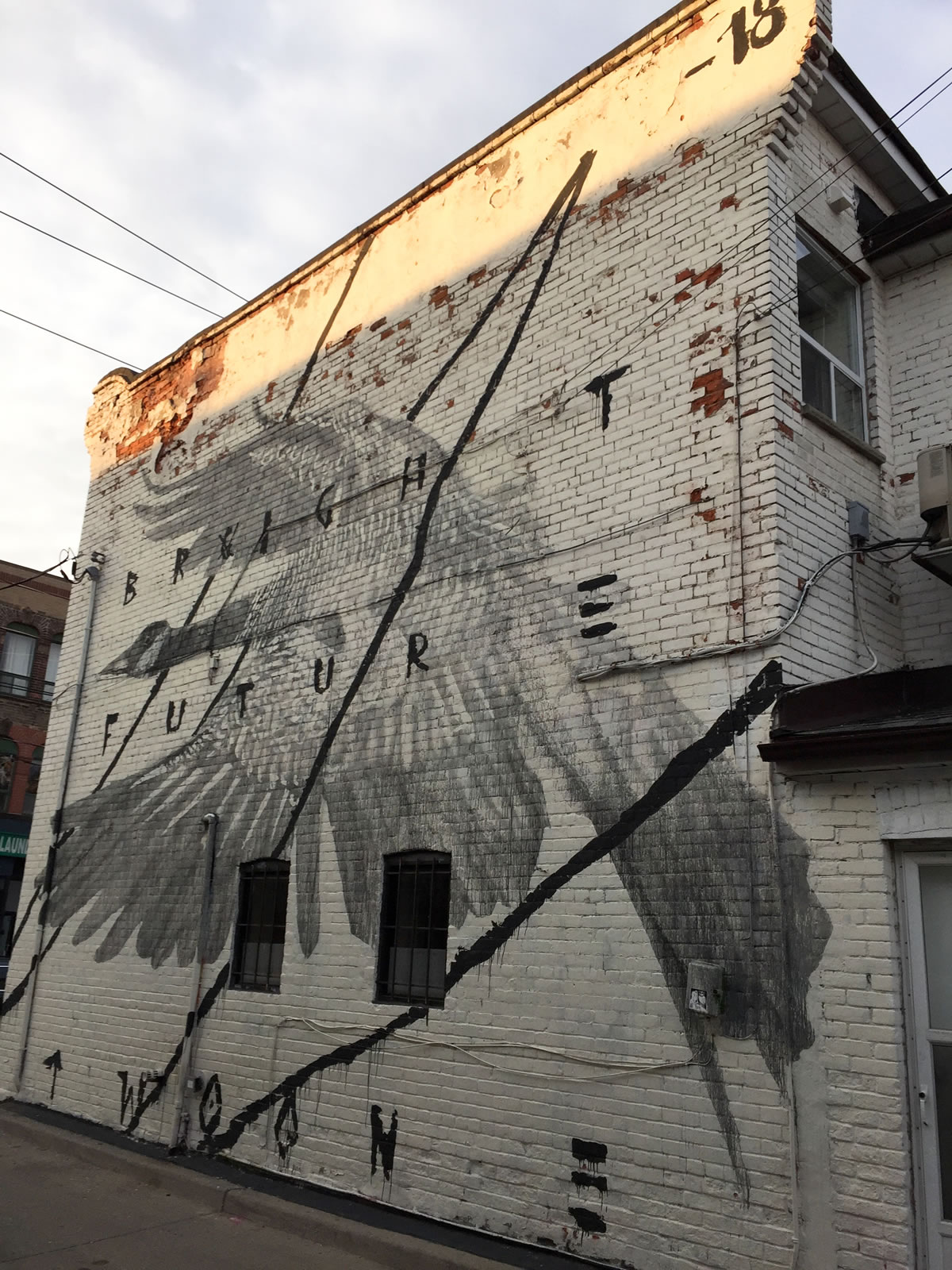 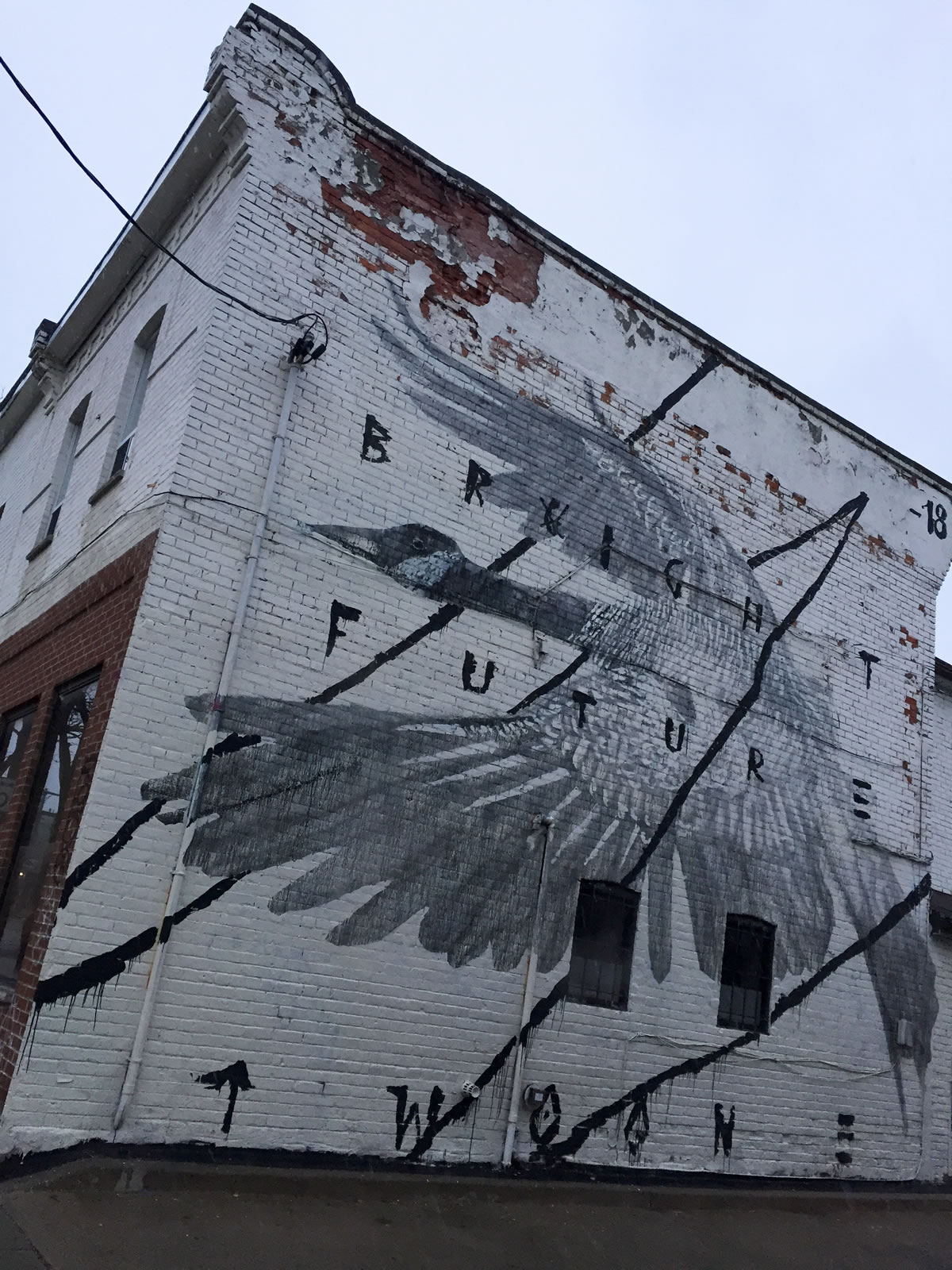 I don’t know when this mural by TWOONE Hiroyasu Tsuri was done. One of those that you notice months later.. I think it was done in the summer of 2018. That is a Canada Goose. 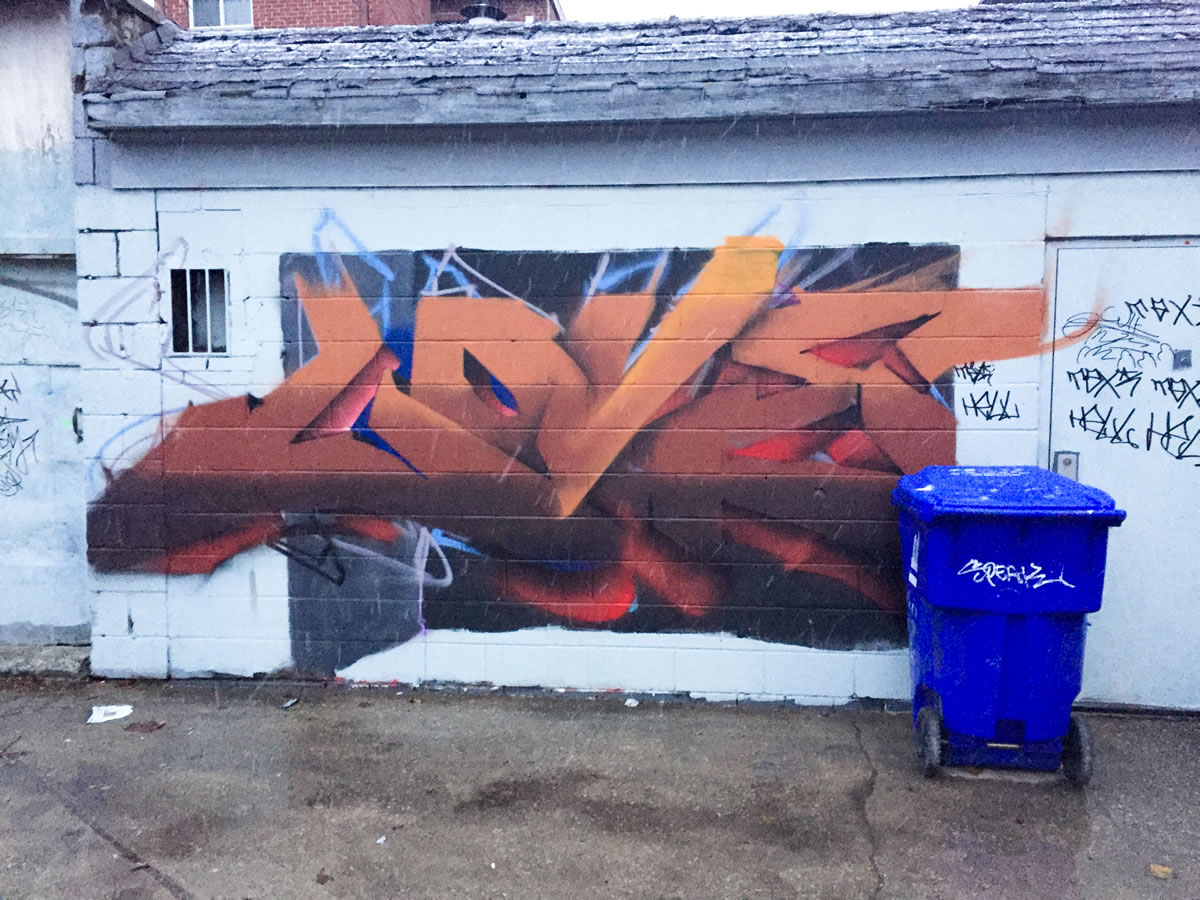 I believe this is by Javid Jah.. 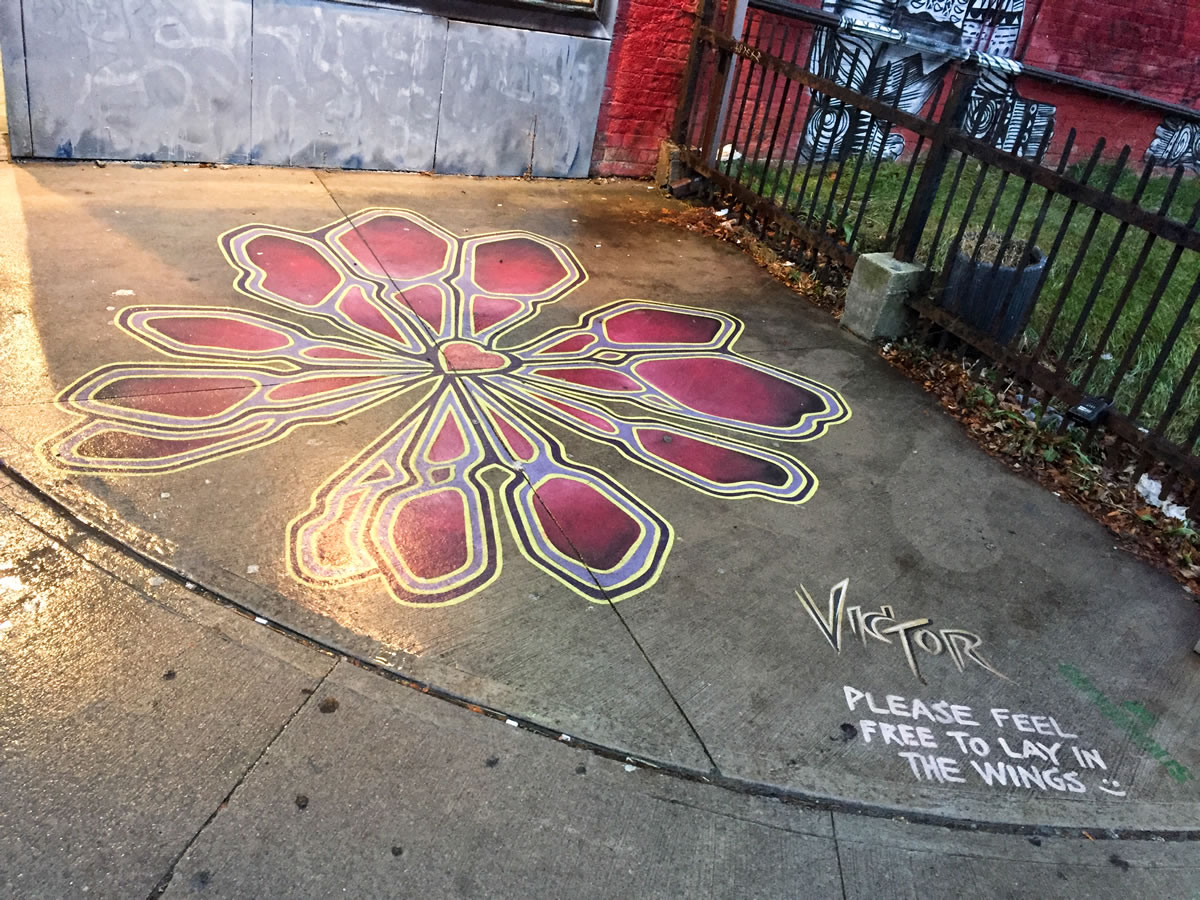 I posted this by Victor Fraser before.. but these are better photos. 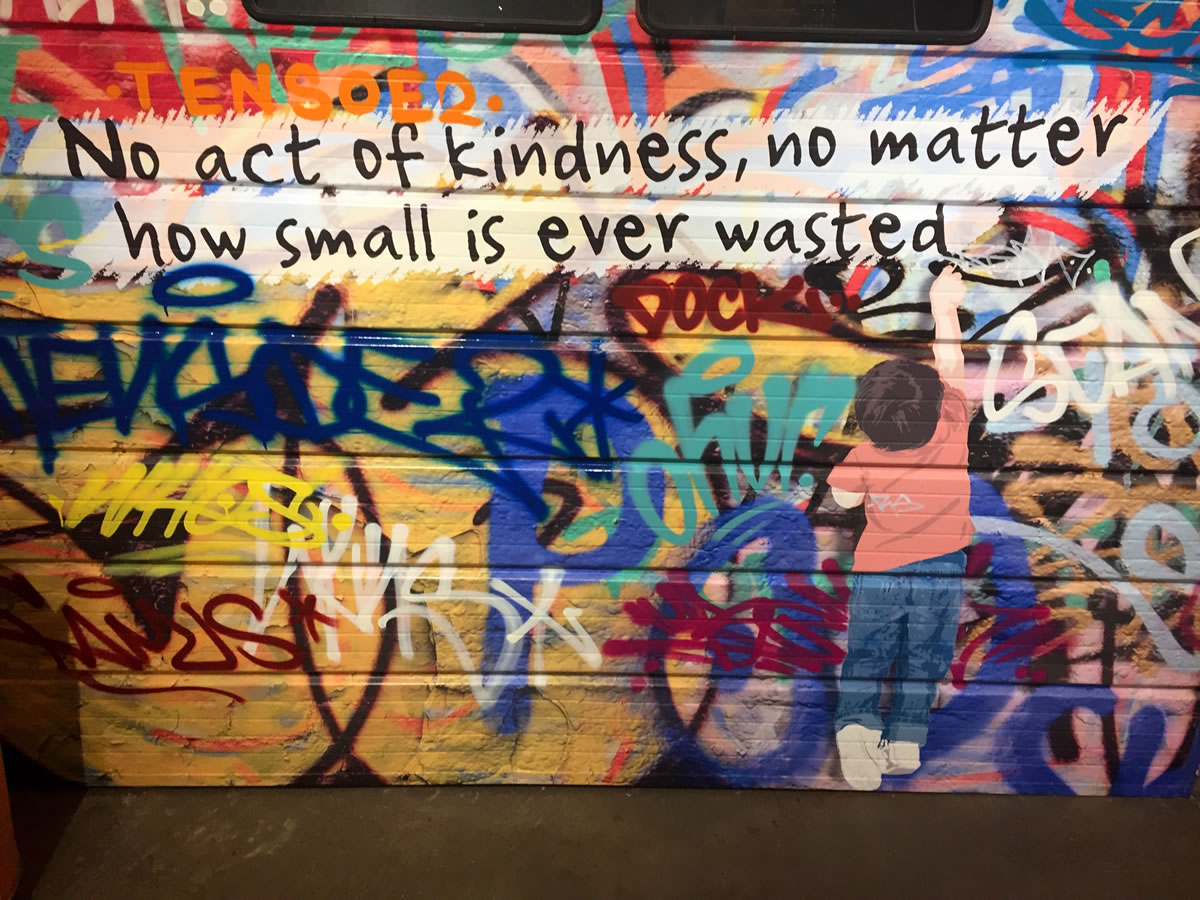 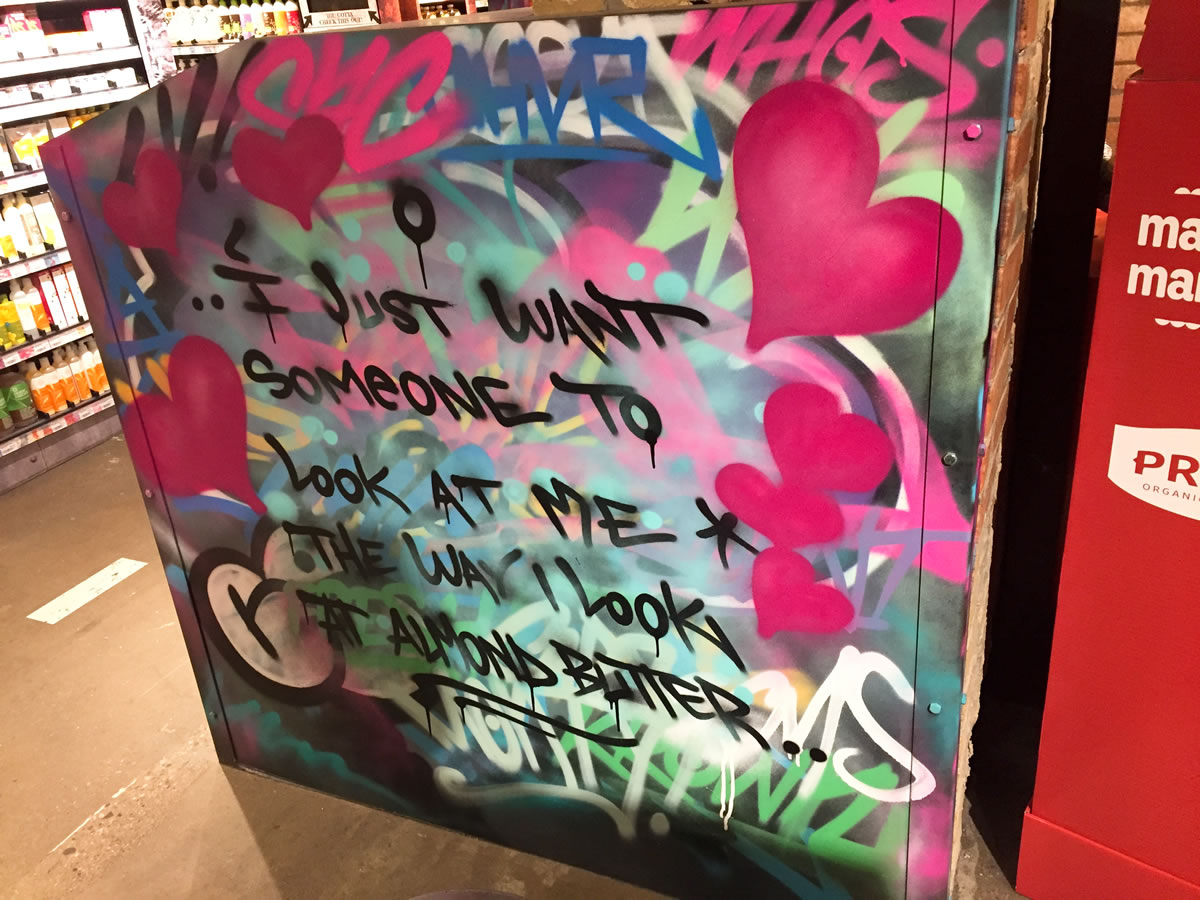 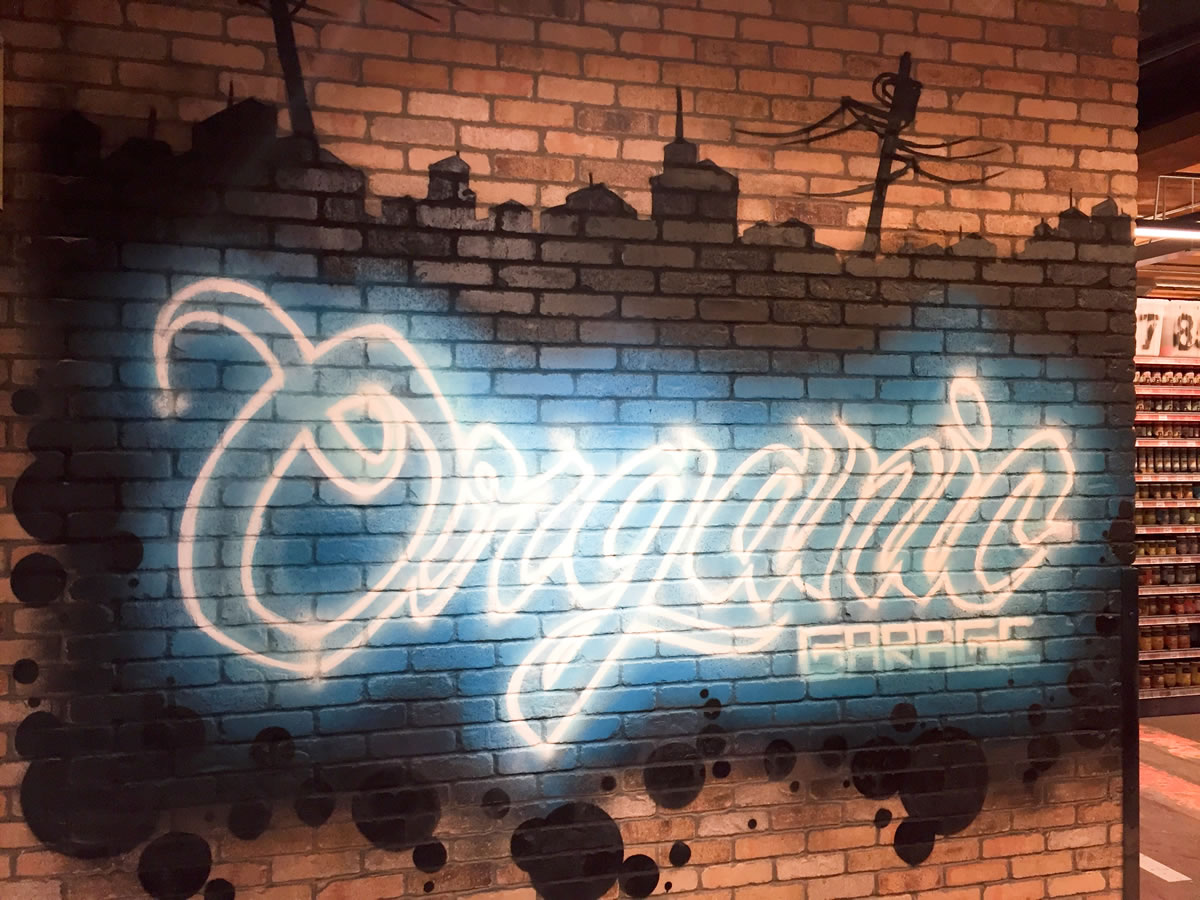 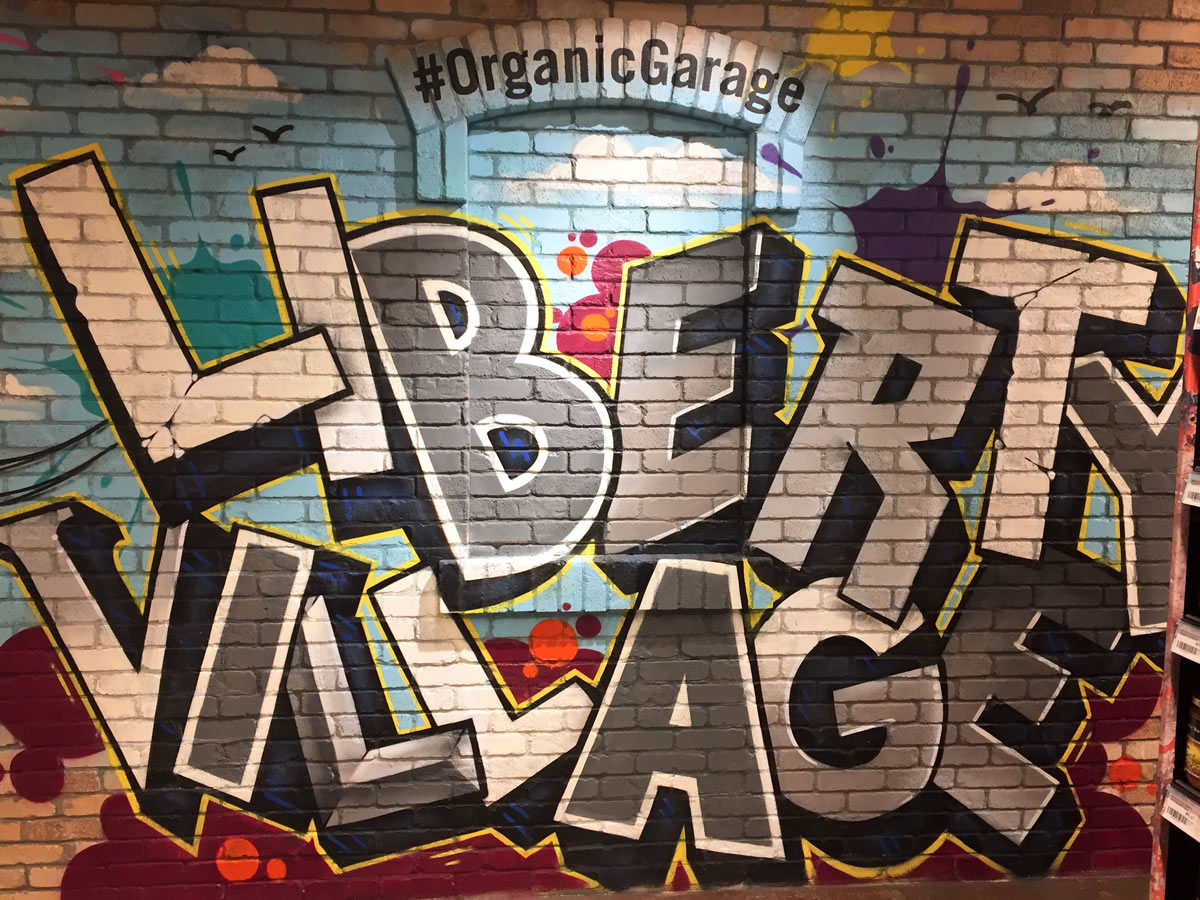 This is actually inside the “Organic Garage“. The entire store has street art graffiti side.

“The Firm is an active public arts collective based just west of the Greater Toronto Area. Starting in 2013 as group of loosely knit graffiti & street artists, sign painters and muralists, The Firm Collective embarked on a series of projects that soon blossomed into a larger endeavour, while telling a personal narrative through our work.

By utilizing a variety of artistic skills via numerous solo and collaborative projects, The Firm Collective has worked to build a reputable name across creative industries.” 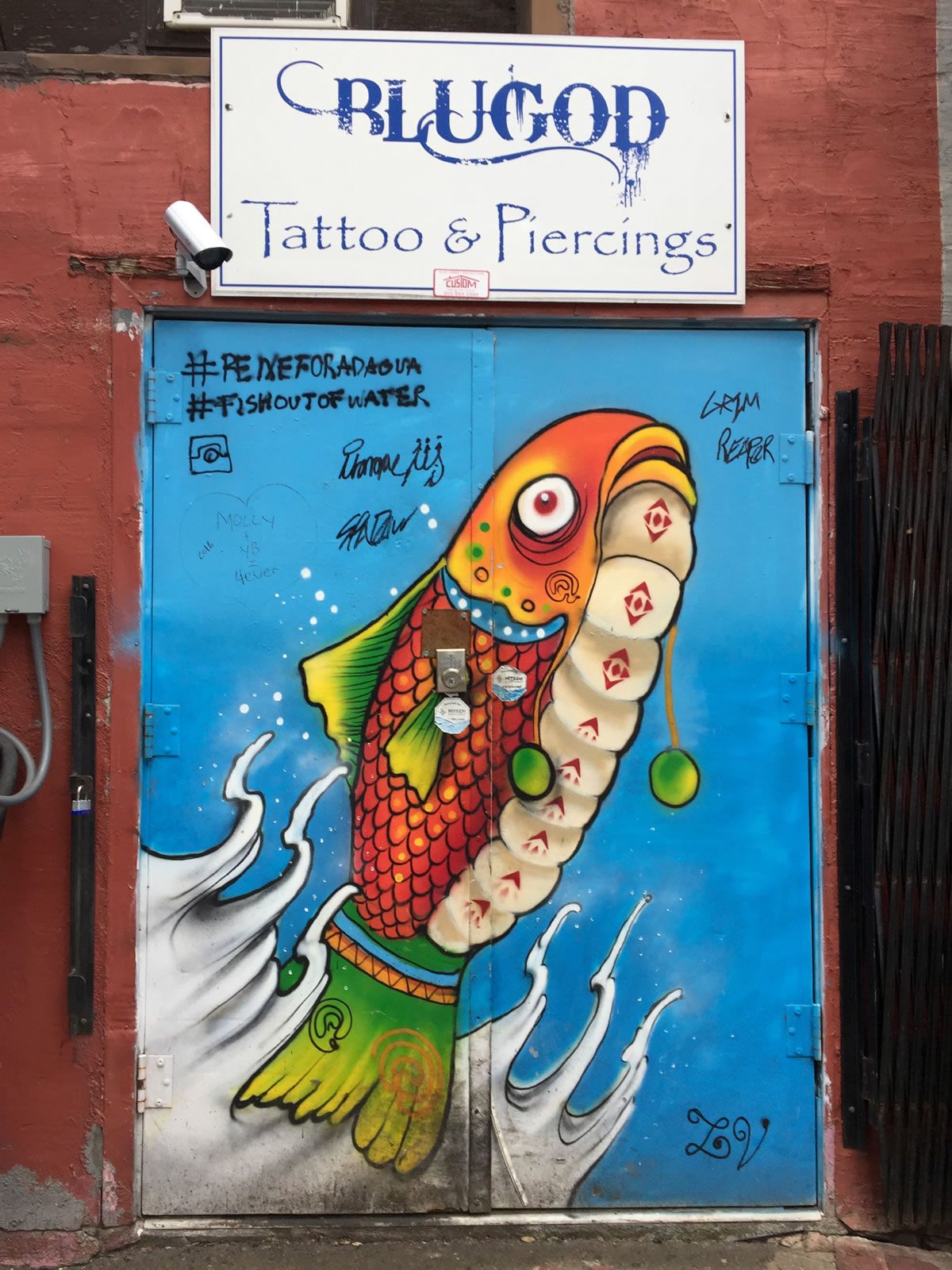 I posted this before.. but I liked it… and no car. The tattoo parlour is “permanently closed”

This school has some cool artwork on the fence every time I go by.. looks like it was left over from November. 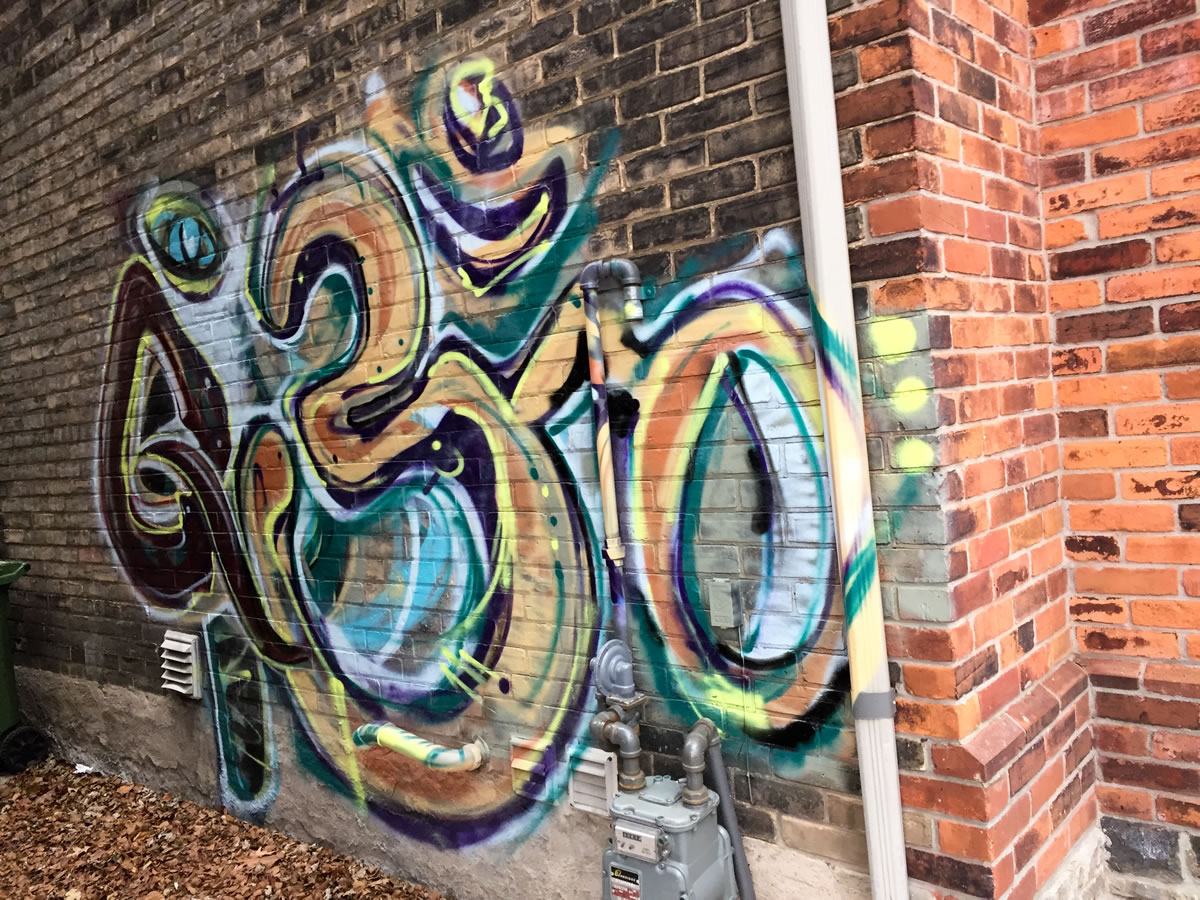 Found this graffiti on the side of a cafe. 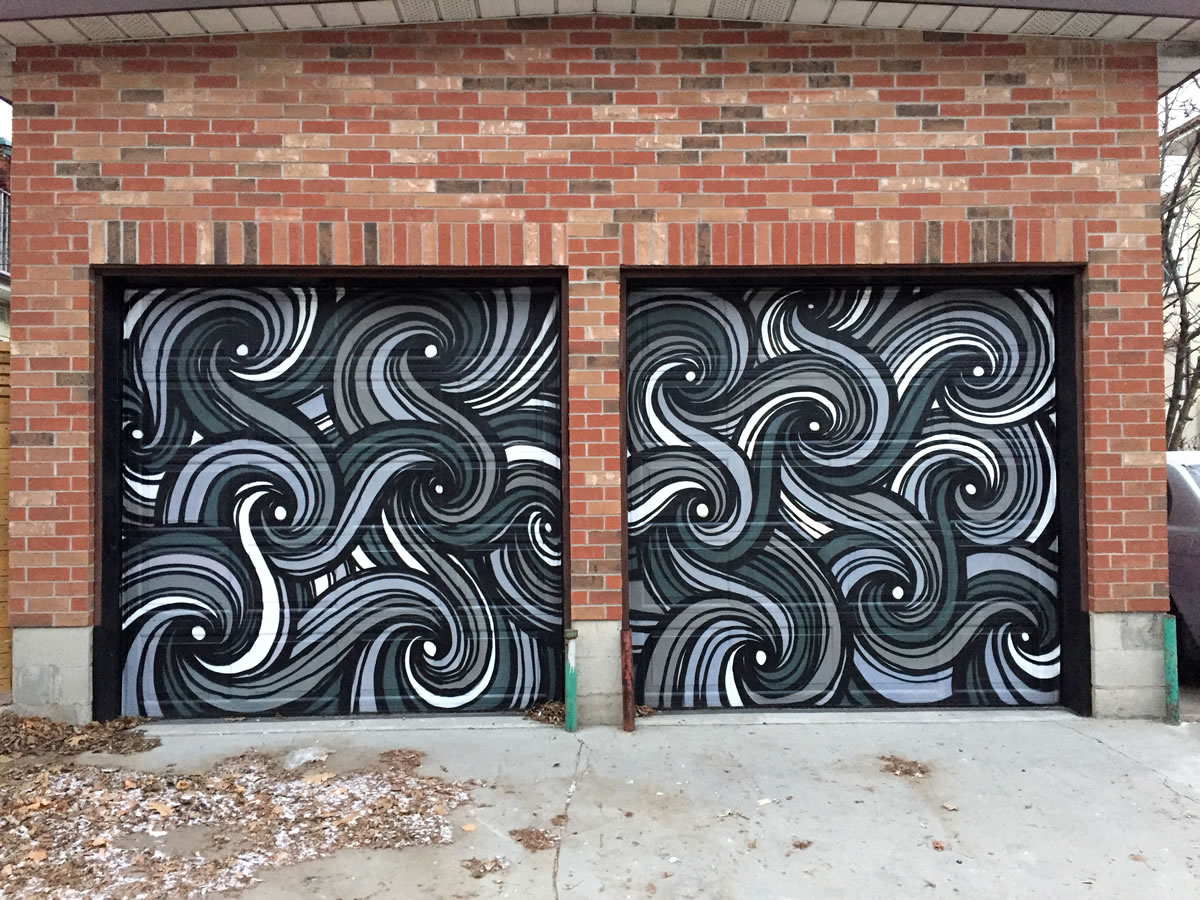 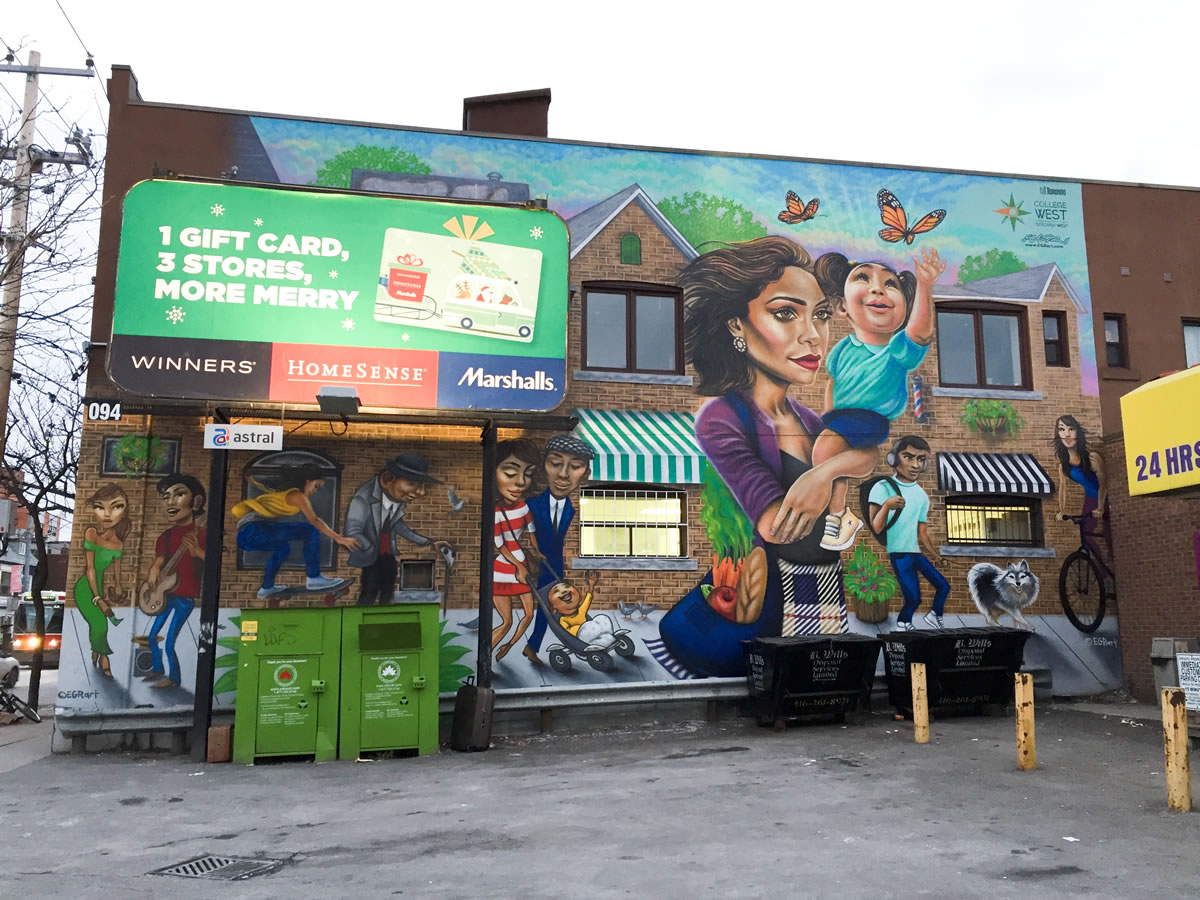 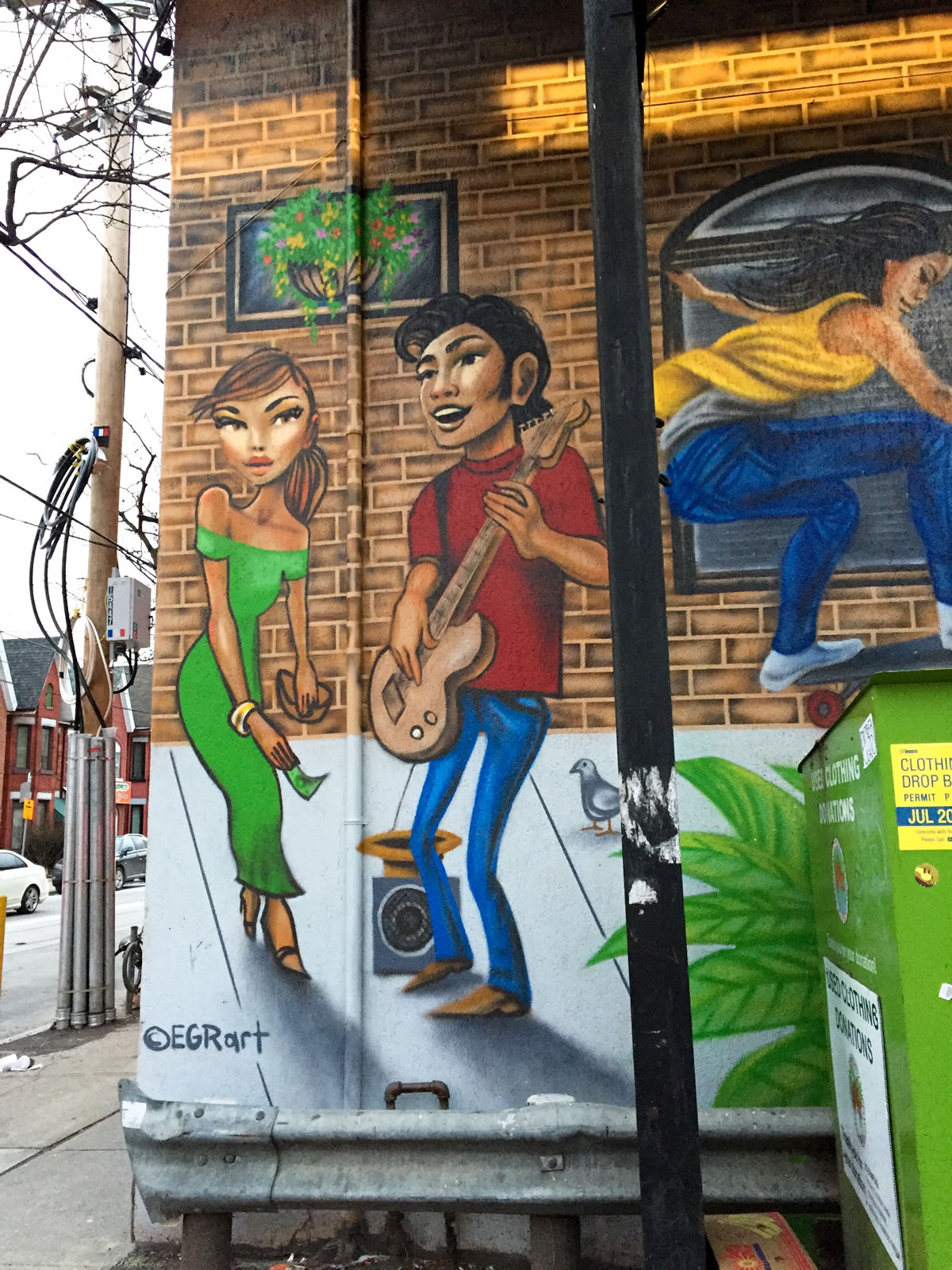 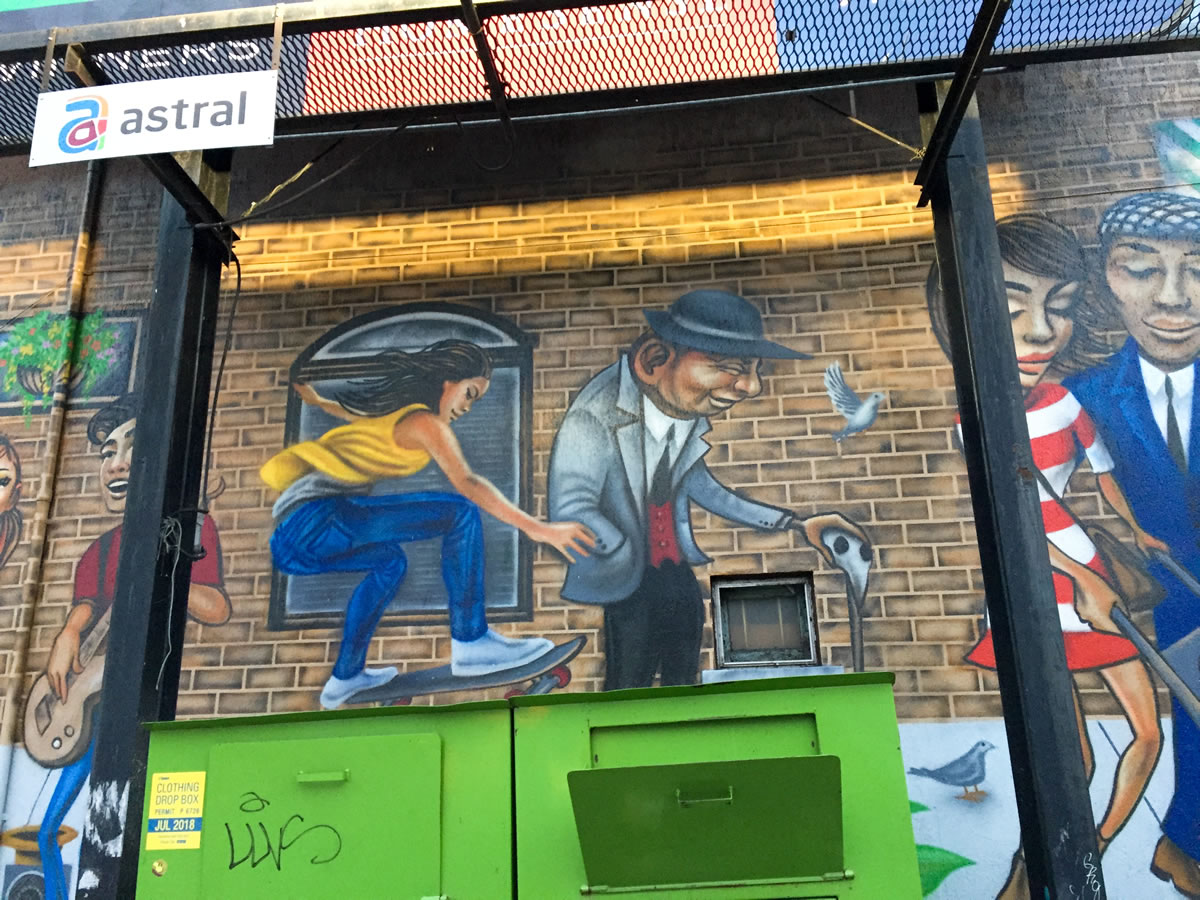 Erica Balon finished this back in October.. and she said on her IG:

“This mural was the largest mural I have ever worked on and I’m thankful the College West BIA asked me to paint this community mural. I met so many nice neighbours and passers by, battled weather and heights and survived to tell the tale. ” 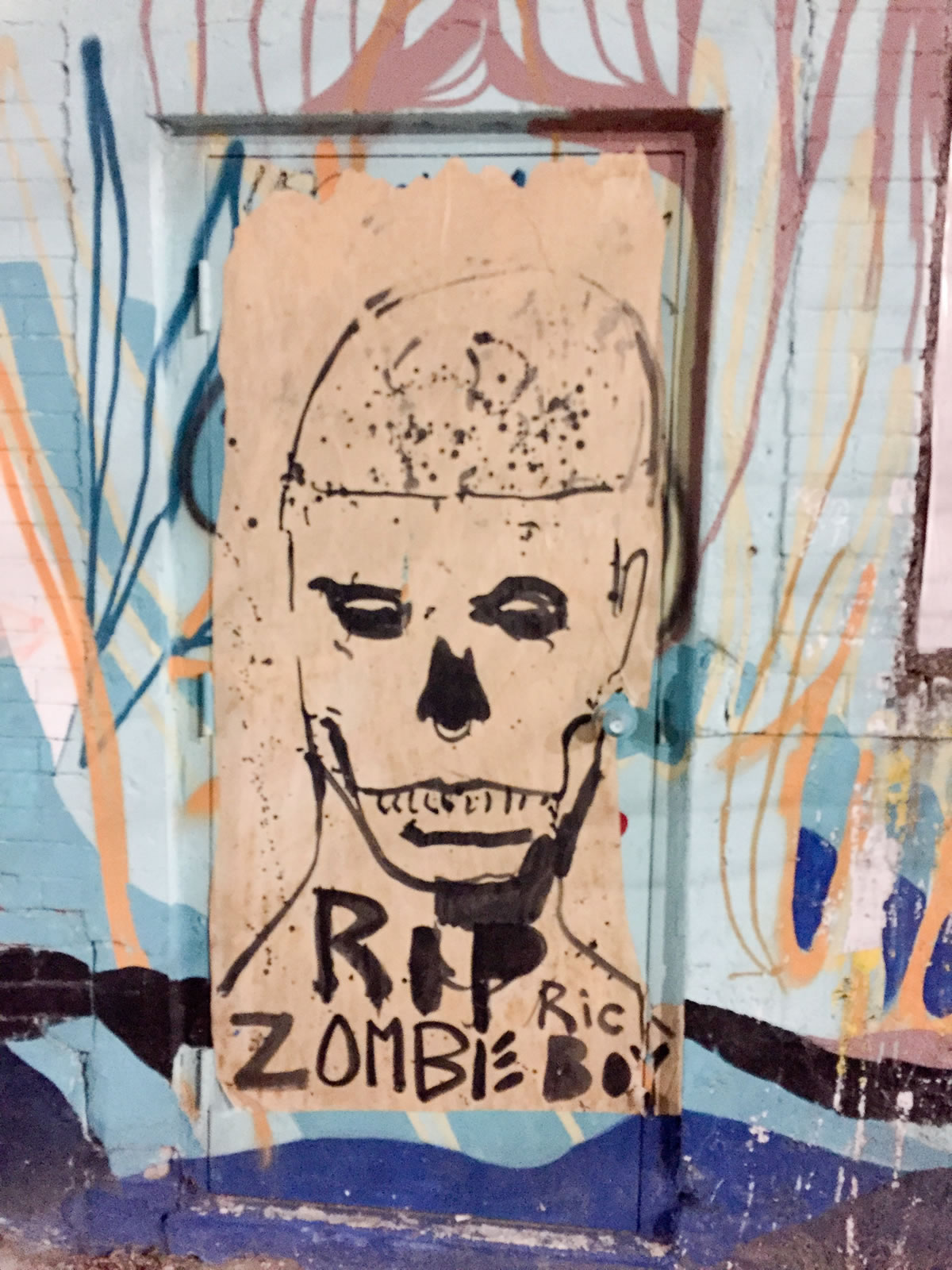 Someone made a graffiti tribute to Zombie Boy