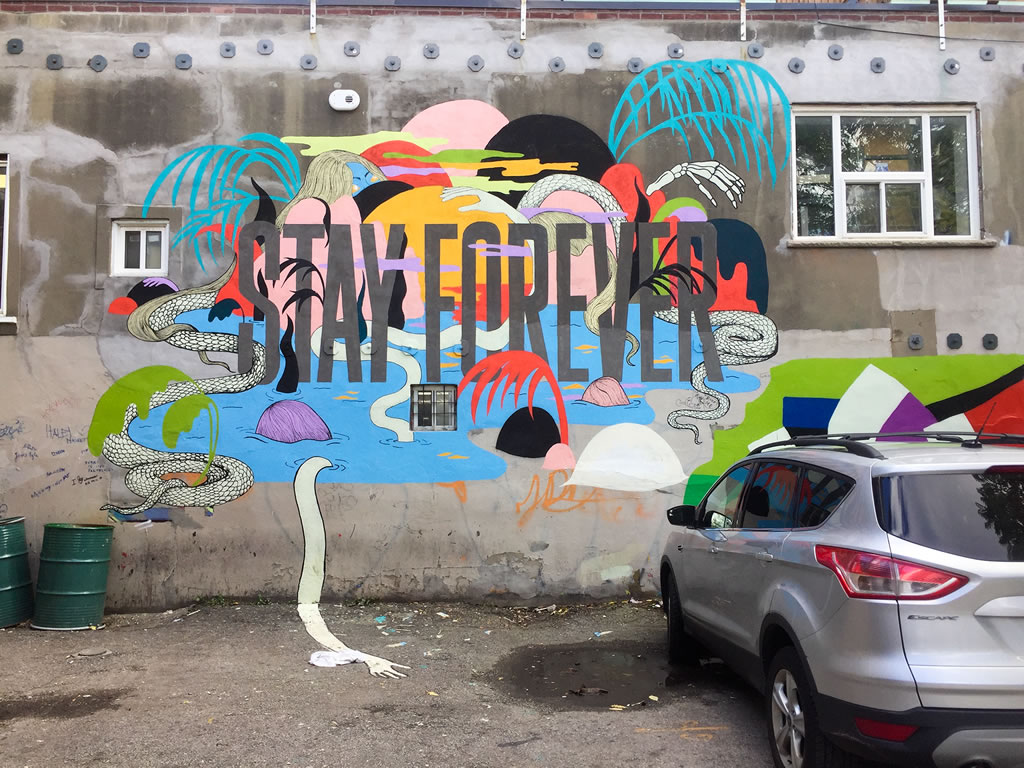 Stay Forever by Ben Johnston @benjohnstondesign & Lauren Pirie @lapirie – the right is by Devon Davey Welter @daveyjazz but a car was blocking that part of the mural.

Found this by accident the other day. I had to do some searching to figure out what it was for. .. It was for a party last month by @dudebox_toronto — from their Twitter “We throw hype parties in weird places then give lots of money to charity. So far we’ve donated over $140,000. You’re a good person.”

Basically, this was a block party in a back alley… says “On September 16th we turned a lot behind the Hotel Waverly into our playground for the day”. They had a DJ, food etc and this great art…. which will be around long after the party.

Ben Johnston is the guy who did that Caramel ad on Ossington Avenue that I posted earlier in the summer. All of the work that I have seen by him has typography incorporated. This is the first time I have seen him doing a collaboration. It turned out well.

There was also a mural on the ground that had been washed out. 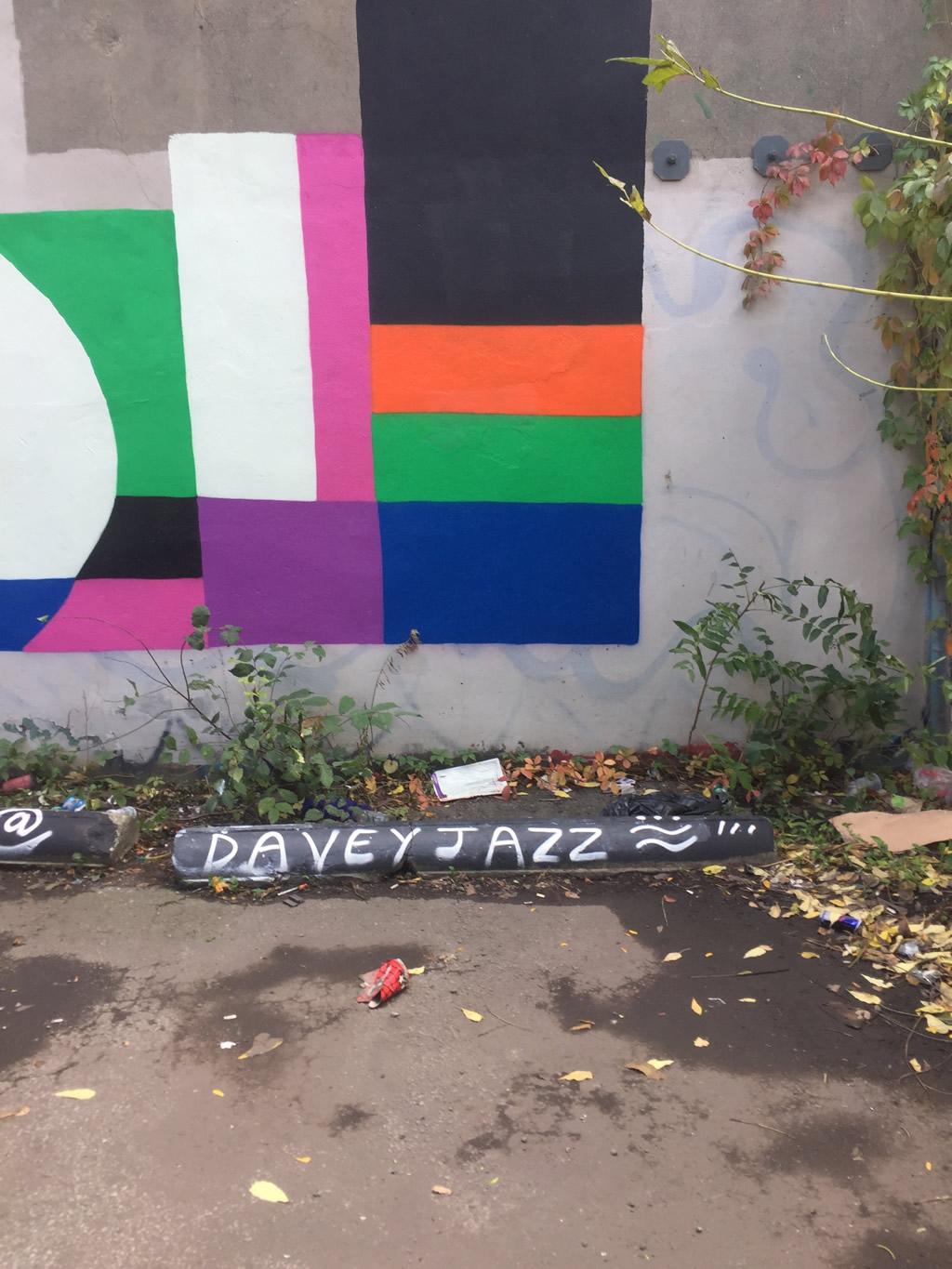 To the right of this is some of the Davey Jazz mural that was unfortunately, blocked by that car. He does other murals with similar designs. I’ve noticed one of his outside an ice cream shop back in the summer. He also does some interesting sticker slaps that he posts all over the city mostly in wheat paste. They usually say.. “I Love You… Still” 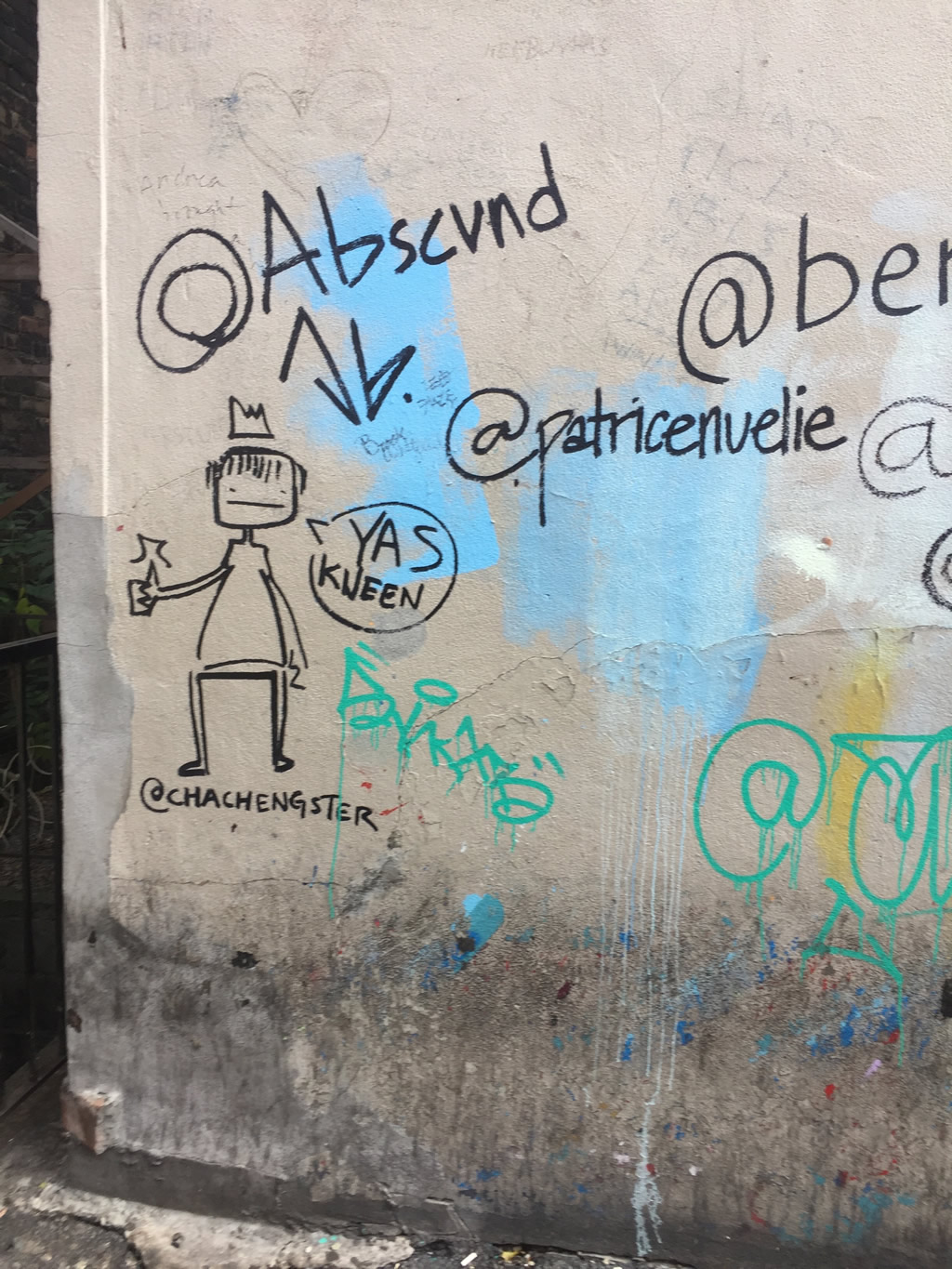 One of the people that went to the party must have written this on the wall. It just says YAS KWEEN and its her actual Instagram account. 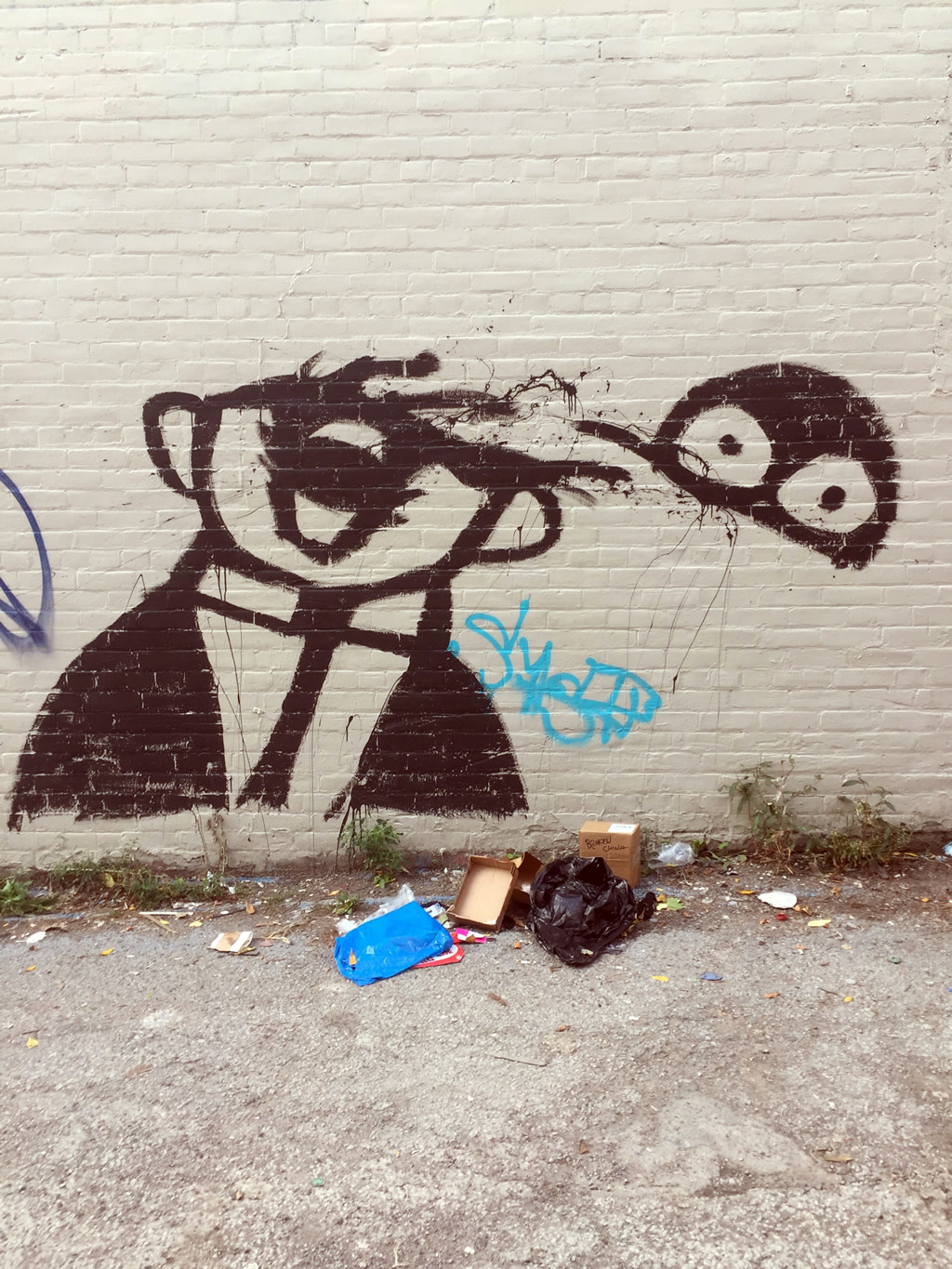 Outside the parking lot and in the alley I found this by Mike Parsons @hey_apathy. Its actually what made me take a look in the parking lot in the first place. These are in a few well chosen locations in the city