Bruno Smoky Sticker Slap on St. Clair West. Found by complete accident. He doesn’t do many of these so it was an amazing find. I got to met him short after 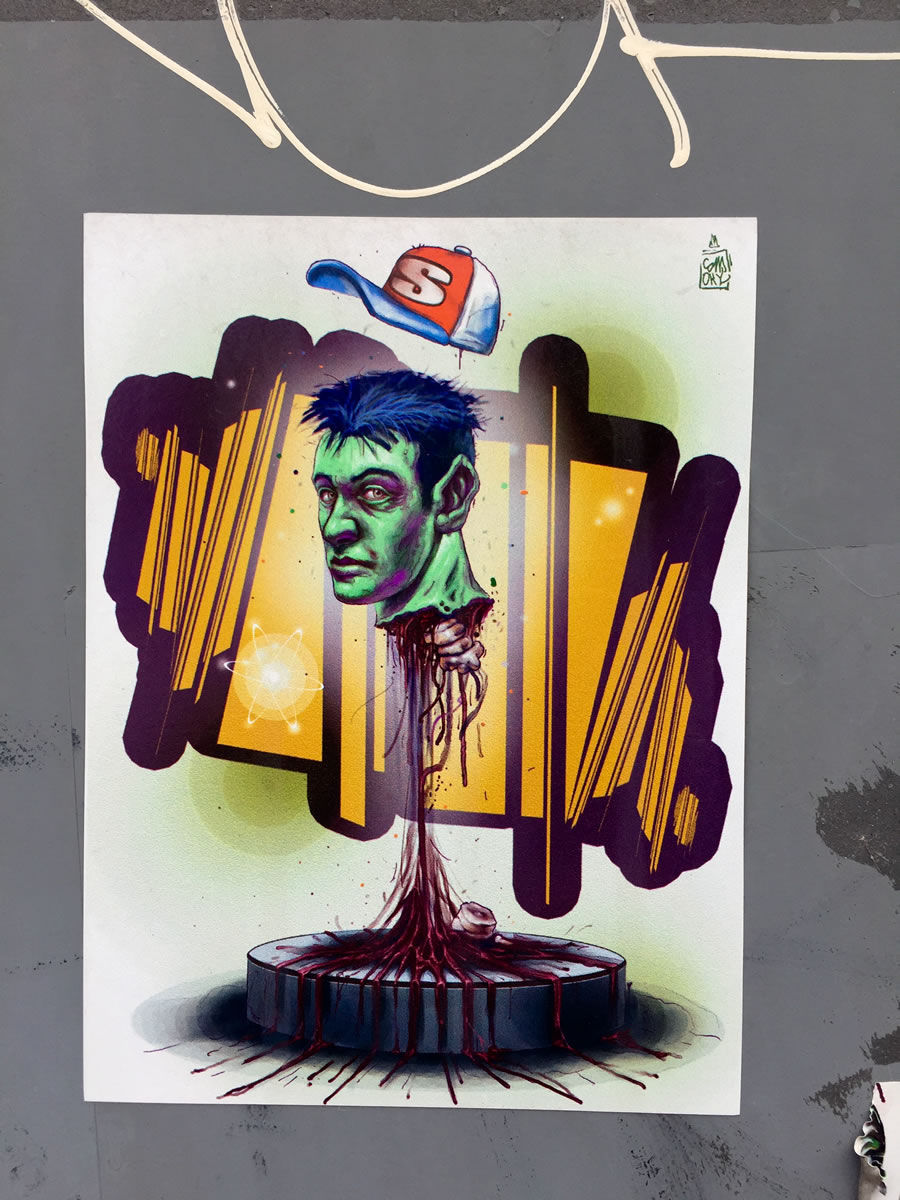 It was either this or a bunny that I was going to post…for some reason I like this one.. kinda how I feel on somedays.. (i’ll post the bunny tomorrow)

I haven’t posted a sticker bomb in awhile either.. it was on a Utility box north of the city. It’s the only one that I’ve seen like this.. sometimes when I take pictures of these things people look at me like.. are you really taking a picture of that ??!! And I kinda just smile at them and walk away..

Artist unknown… I zoomed in on the upper right hand corner and it just say.. SMOKY

Was wondering if it was @brunosmoky ? Because it does have the S on the hat.. But I don’t know for sure…

Confirmed that it was Bruno.. and from his comments on my Instagram

Sticker slap capture on 05/26/17 at this Toronto location below: