Dr. Seuss Aerosol Wall Mural outside smoke shop in downtown Toronto. This graffiti has been around but I don’t know who to credit for this awesome artwork

I was looking for Clove Cigarettes today.. – no tobacco or tar.. ‘cos I quit smoking again.

Well.. guess what ? ! they did ! Tropical Paradise Blend to be exact..and Cinnamon 2.

As I left – I walked down the alley and found a whole bunch of art that I had never seen before.. including this mural which is apart of another mural that has ‘The Cat and the Hat’ with an Aerosol spray can pointed at a burner…. 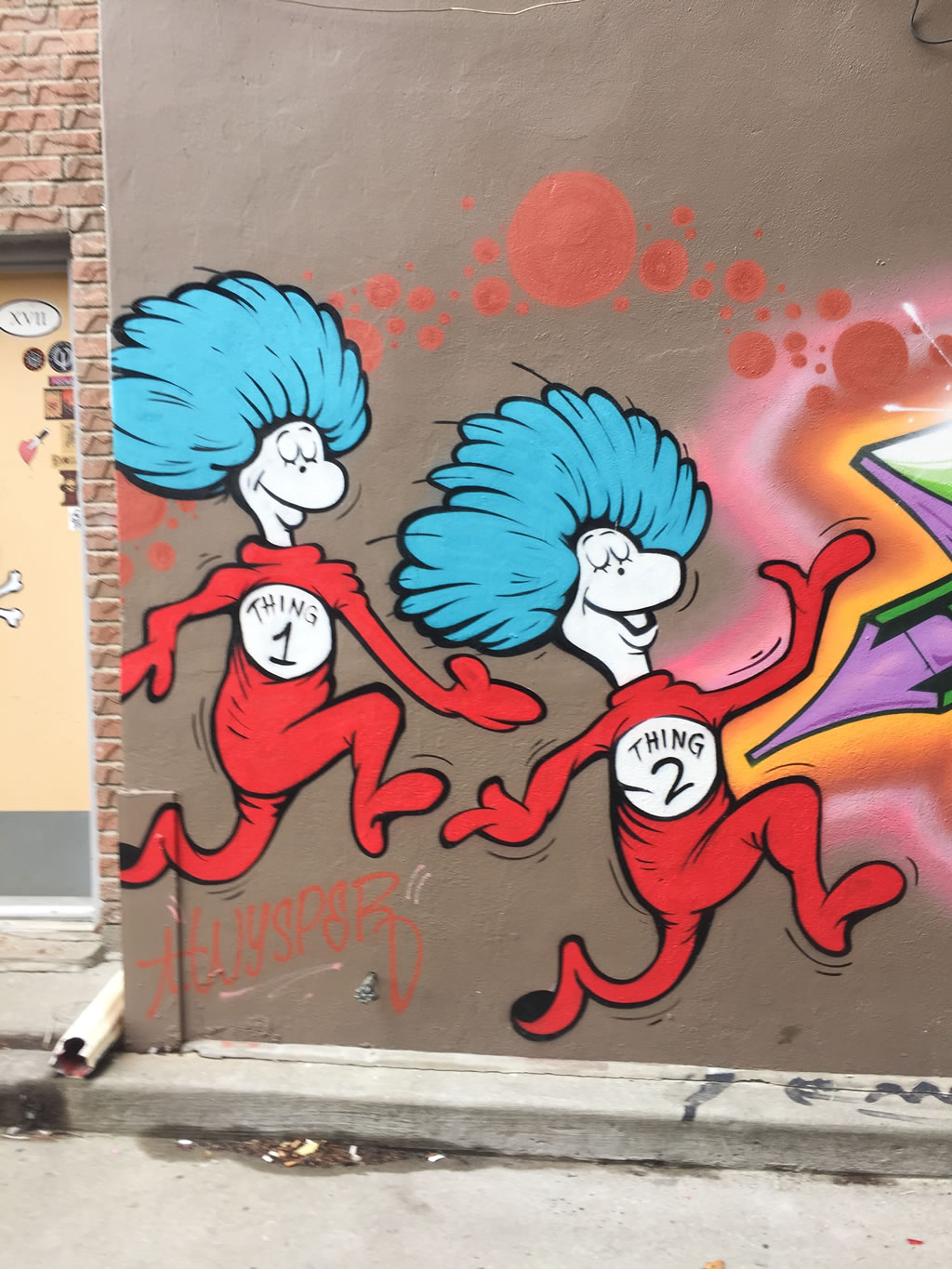 & I will dedicate this to fellow NYC Urban Explorer @ninjasimoneinbk .. 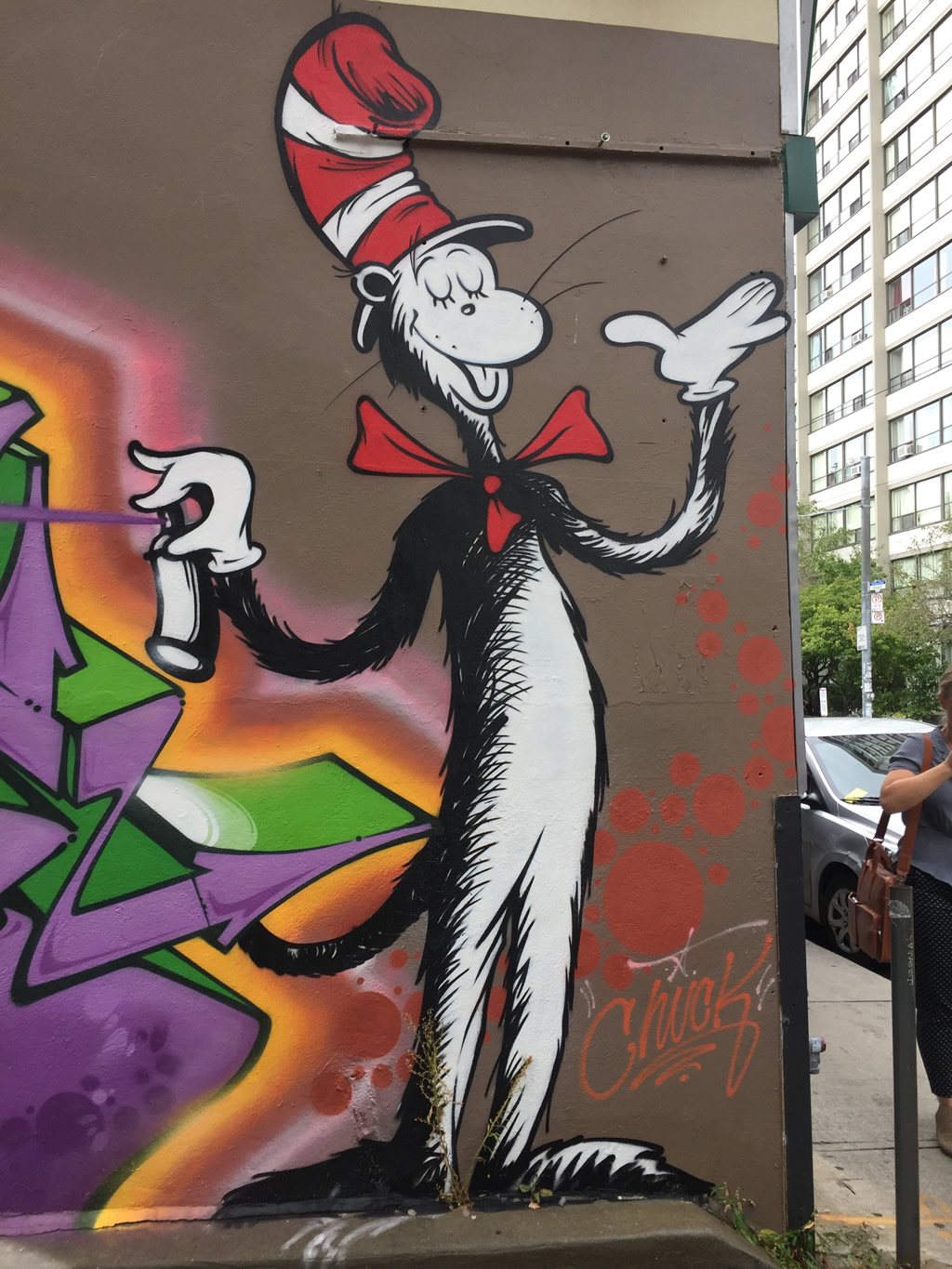 There is a Cat In the Hat a little further down to the right (still haven’t seen that movie).

This cat in the alleyway is holding up a spray can and there is a graffiti burner in the middle. Its too hard to shoot the burner because of the wall behind.

(PS. Let Me Know who did this one – It says Chuck on one side)

I didn’t see all the art until after I left the shop. I should have inquired about this. I will ask the next time that I go in. 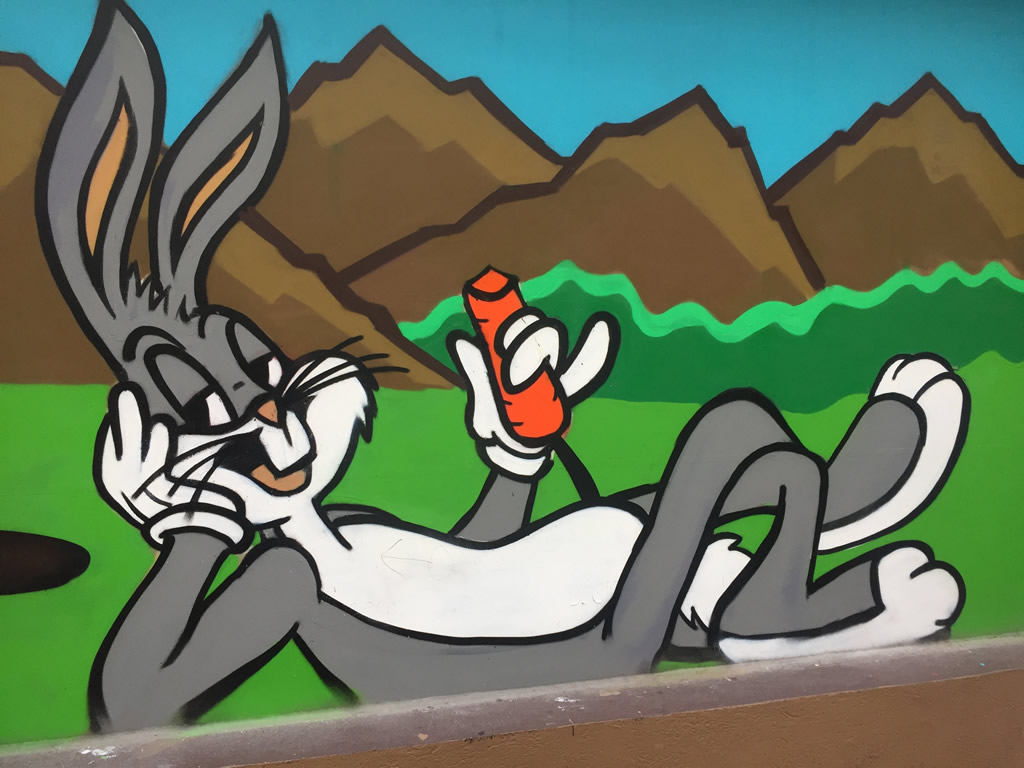 There is also a Bugs Bunny on the north side of the building. I noticed the Bugs Bunny back in the spring.. but didn’t think to go around the alley until yesterday. I would have found all this art as well.