This is a tribute to the artists friend who passed away last year. This is the 3 I have come across in the last year.

This originally had that owl and he has reused the owl and dedicated it to his friend.

I’ve posted this artwork before by Young Jarus.. but it’s always nice to see it. It never gets tagged with graffiti BTW.

Think I posted this recently.. but it’s a fun mural.

Graffiti isn’t always mean, sometimes you come across uplifting messages like this.

This must have been for a project as there are lot different artists in this same alleyway.

These have been around for a few years. This is down a laneway with lots of artwork by Jerry Rugg.

I posted this before as well. But it finally got washed over. ! So long lizard man.

“Toujours Always Face the Sun”. I like finding these homemade murals on the garage doors. Instead of paying an artist to make a mural they just made one themselves. Sometimes they are the best ones. Again, it’s a graffiti prevention method.

This one got chipped recently.

I can’t read those letters so I don’t know who did this one. 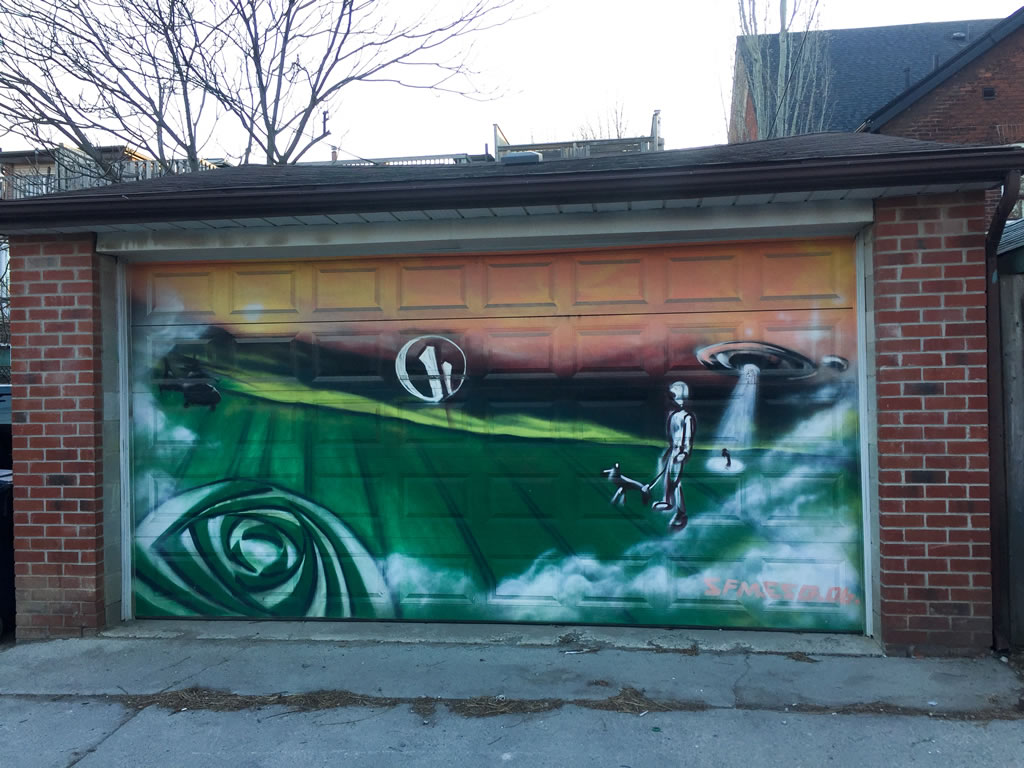 This one is really cool looking with the UFO. I can only make out SFMESO on the door. 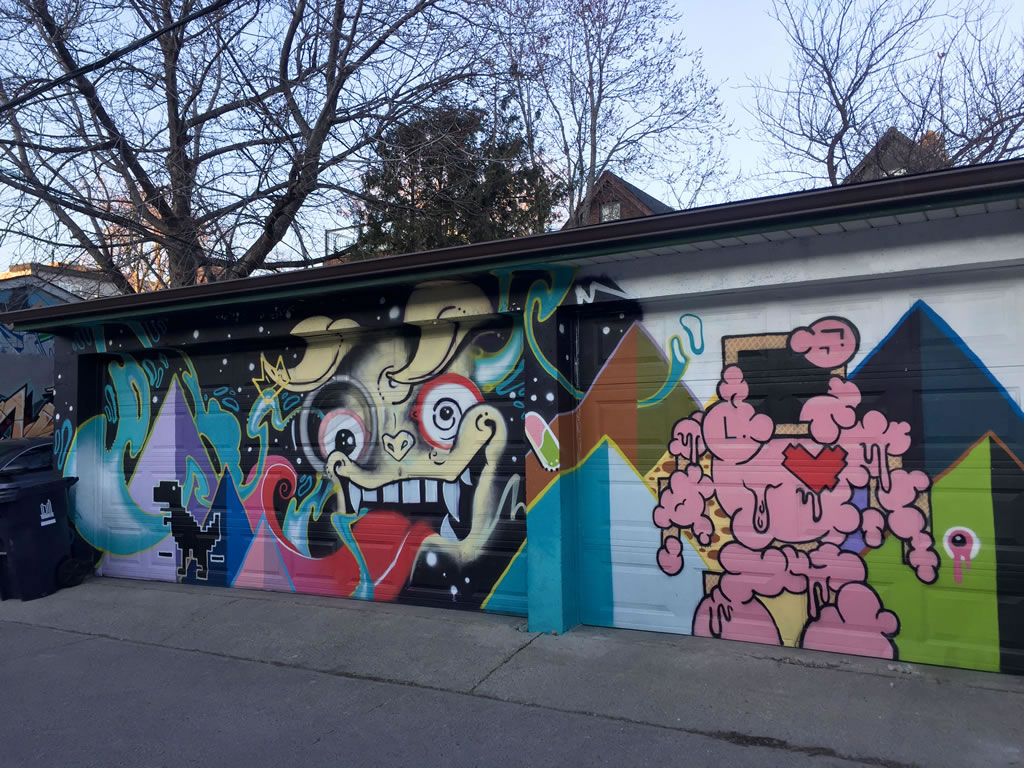 Another Graffiti burner that I don’t know who it’s by.

This I thought was interesting on the side of the garage.

This is in a parking lot… don’t know who it is by. Chiller Vibes ?

I’m guessing that Sage made this one.. but I don’t know who Sage is.