Lizard Graff in back alley

Lizard Graff in back alley in west end of Toronto near Honest Eds. I have seen a lot of these around town but this is probably the best of the bunch so far 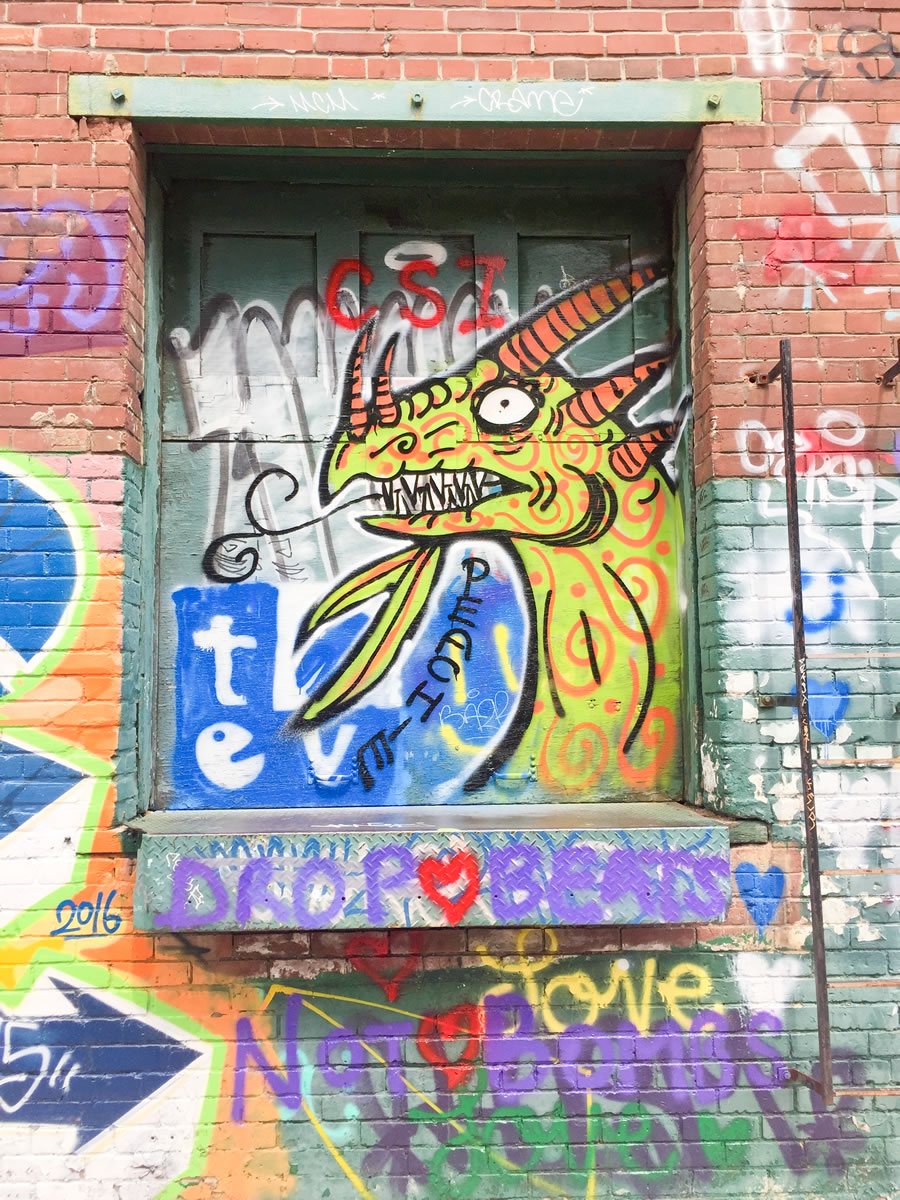 I just posted one of these yesterday.. and just today found another one. This is probably my fave so far! They just keep getting better. Initially, I thought it was a dragon 🐉 .. but someone said it’s a lizard 🦎 .

I have found around 7 or 8 of these so far this spring. A lot of the locations are very far away from each other (like several miles away). Who ever is doing them gets around town. Some of them are in plain sight and others are a little more difficult to find.

I have my suspicions who does them but its not signed.. (nor are any of them). If you know who did these .. let me know.

Also… for the few English speaking people who still read this..
I’ve been sharing my Toronto Street Art Photos on Facebook. The link is now in my profile. I don’t think most people on here use Facebook anymore (folks on Instagram at least).. but you can check out the Art Pictures there if you wish https://www.facebook.com/BretAKelly/

Its been taking awhile to share them on there. Its not as easy as you think.. and some of the videos it won’t let me upload at all. Also, it doesn’t translate all of the artist credits .. so I’m going to have to go back and find all the artists accounts on there again.. Its very time consuming.

I was going to share to Twitter.. but people don’t seem to use that much either..
Its a work in progress.. its mostly for me to see what I have learned since July 2015 as far as street art. As of today.. I’ve shared up to Valentines Day of this year.. There’s hundreds of posts .. .
.
People had suggested I start a separate IG account just for art.. but I’m spending a fair amount of time on here already.. so, I think this is a good way to make things simpler and streamlined…