Parking Lot Aerosol Murals along Queen St West Toronto. This street art graffiti isn’t far away from each other by two different artists working with spray

So I couldn’t figure out which of these 🆕 @elicserelliott mural photos to post.. .
1) the top 🔝 one is from the daytime.. It’s a better photo 📷 but it’s got that car 🚗 in front of coincidentally a truck 🚚 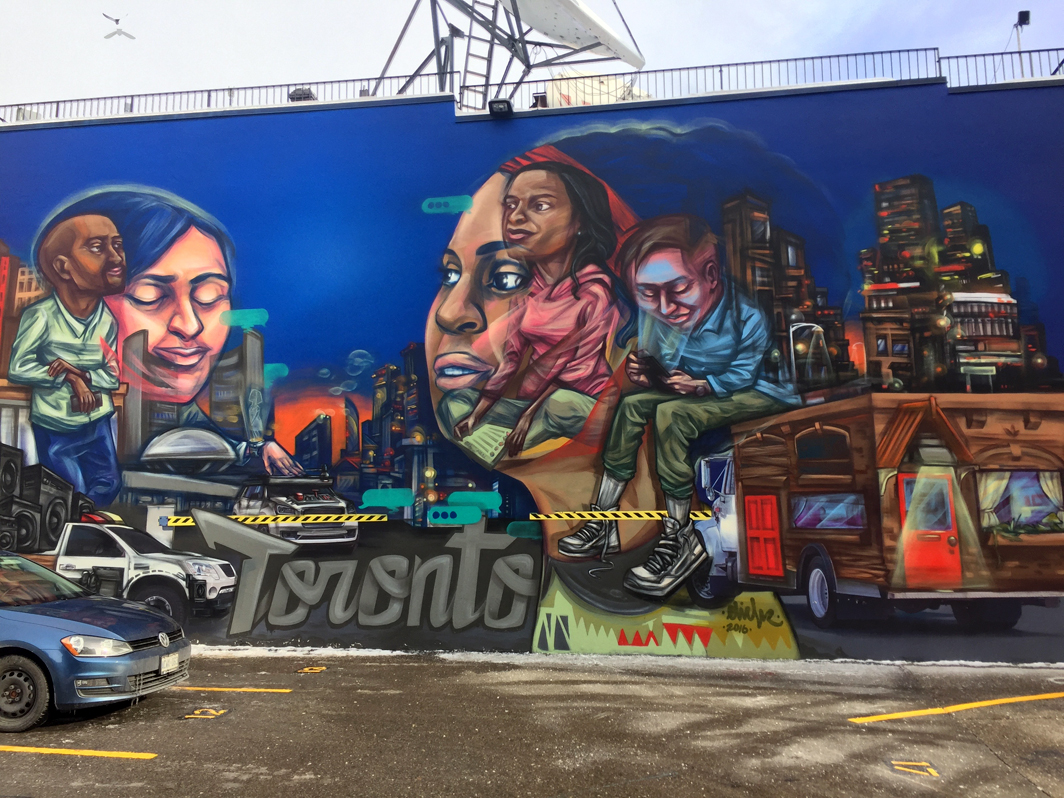 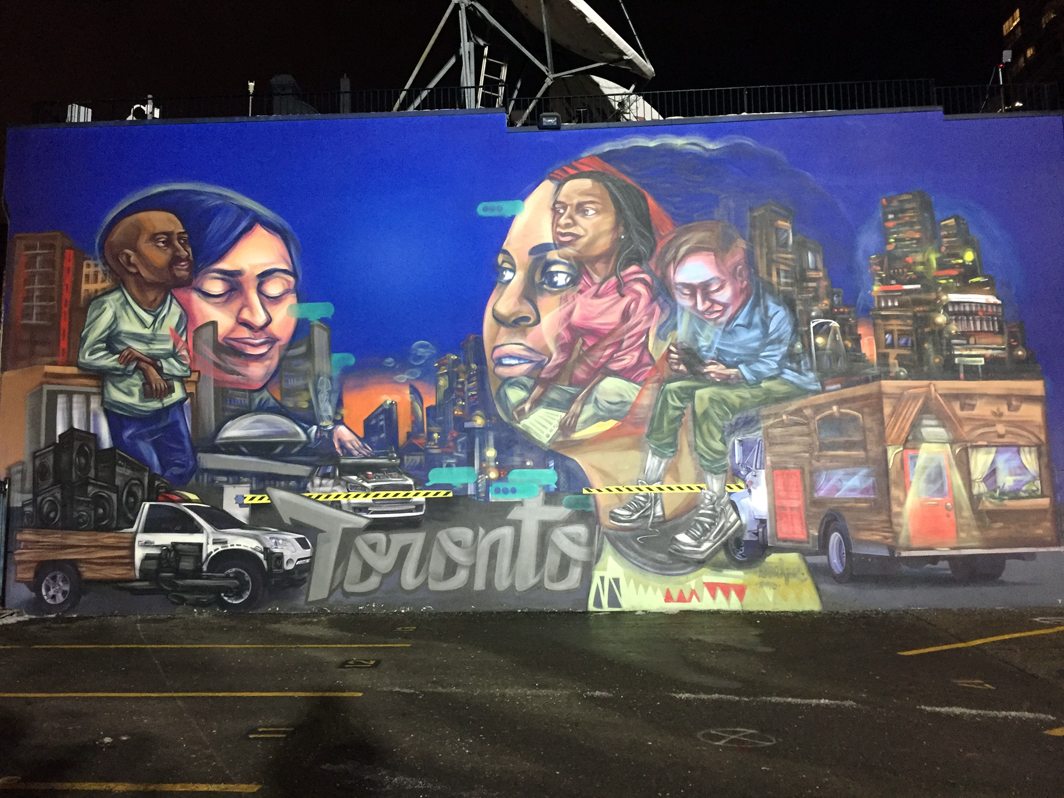 So I’ll just post them both. This artist 🎨 has so many murals in this part of town it’s amazing.. He has some of his art with people on their cellphones 📱 (like this one) .. the guy on the van is looking at his phone 📱 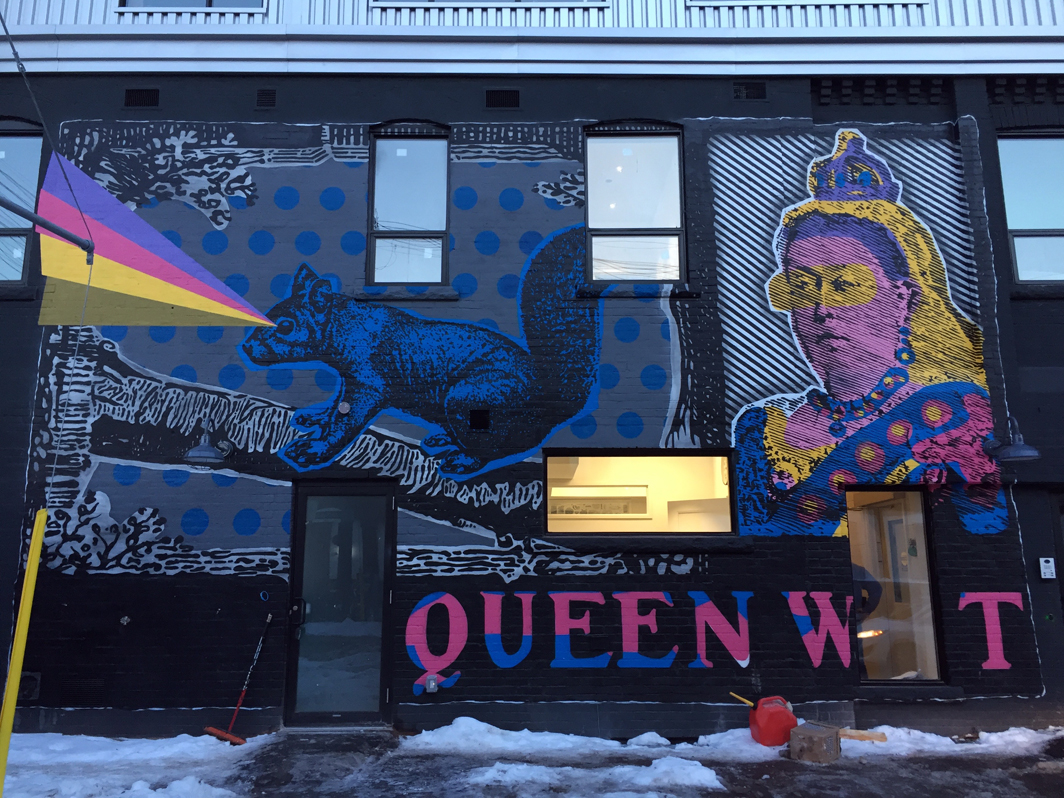 I did see this one about a month ago when it was still being worked on. It was at night and there was fencing around it and a lift in front — so I didn’t know what it was going to be.. Saw it completed last week and it looks pretty cool 😎.. . .
It’s a squirrel (no emojis BTW) with laser vision eyes 👀 climbing a tree branch 🌿.. And it’s across the street from the park ⛲ where the white squirrels hang out.. Then, on the right is I guess Queen ♕ Victoria (it’s on Queen 👸🏻 St West) looking not very amused.. Appropriate for boxing 🎁 day today — which the British 🇬🇧 invented and we celebrate 🎉 it in 🇨🇦but they don’t in the 🇺🇸
.
I always thought 💭 that it had something to do with boxing up leftovers and giving food 🍲 to the needy.. But it seems to have other beginnings (Wikipedia anyway ) and now it’s pretty much just a bargain shopping day.. .
This is on the side of an animal hospital 🏥 and I can’t find any information about who did It.. I think it’s by @electriccoffin & @denialart ) they did some other art 🎨 for this location.. But hopefully they will correct me if I am wrong it’s 😎🎨 Updated— artists confirmed and credited 🎨👍appropriately 🙌.. Instagram rules ✨