Toronto Street Art Graffiti with More Sticker Slaps – A Fun Magic Post. Posting some other slaps that I took pictures of this year – I’ve taken over 300 pictures so far of sticker slaps and wheat paste throw up just this year alone. ! Not sure whether I think of these as graffiti or advertising as the artwork on some of these is pretty awesome 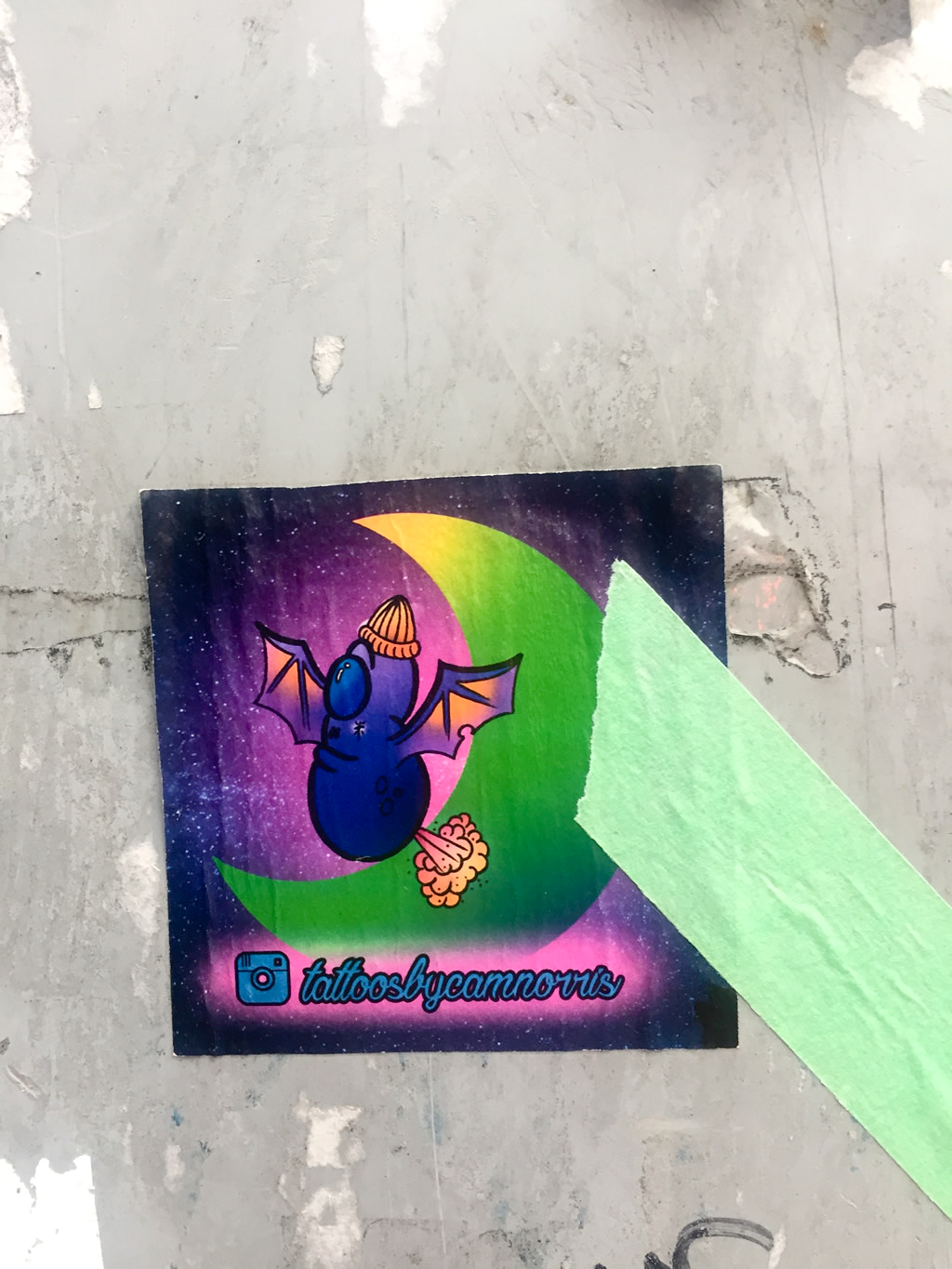 Found this one by Cam Morris back on January 11, 2017. I like when they put their Instagram account @tattoosbycamnorris on the artwork. Then, I can learn more about the artist. From his Tattoo Studio website it says “Cam is the co owner of Scarlet Begonias Studio.” The artwork seems to be a bat wearing a hat blowing farts.. that’s my take on that one. 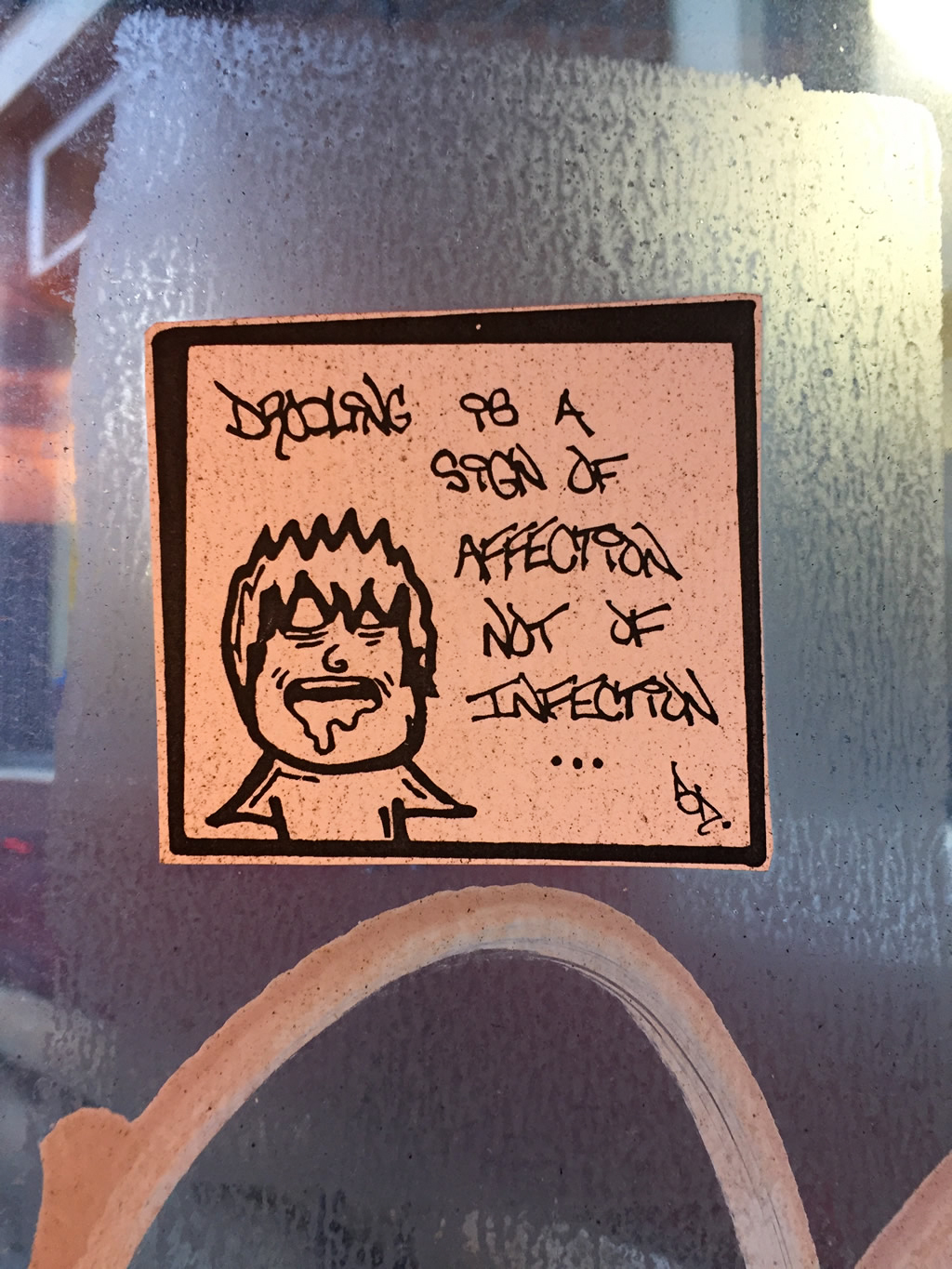 Found this one back on January 13th. It just says “Drooling is a sign of affection not of infection” I can’t read the initials .. maybe its BD ? I have seen a few of these sticker slaps in the west end. This one was inside a telephone booth. Telephone booths are the best place to find sticker slaps.

When Did You Stop Loving Me ? Wheat Paste Throw Up 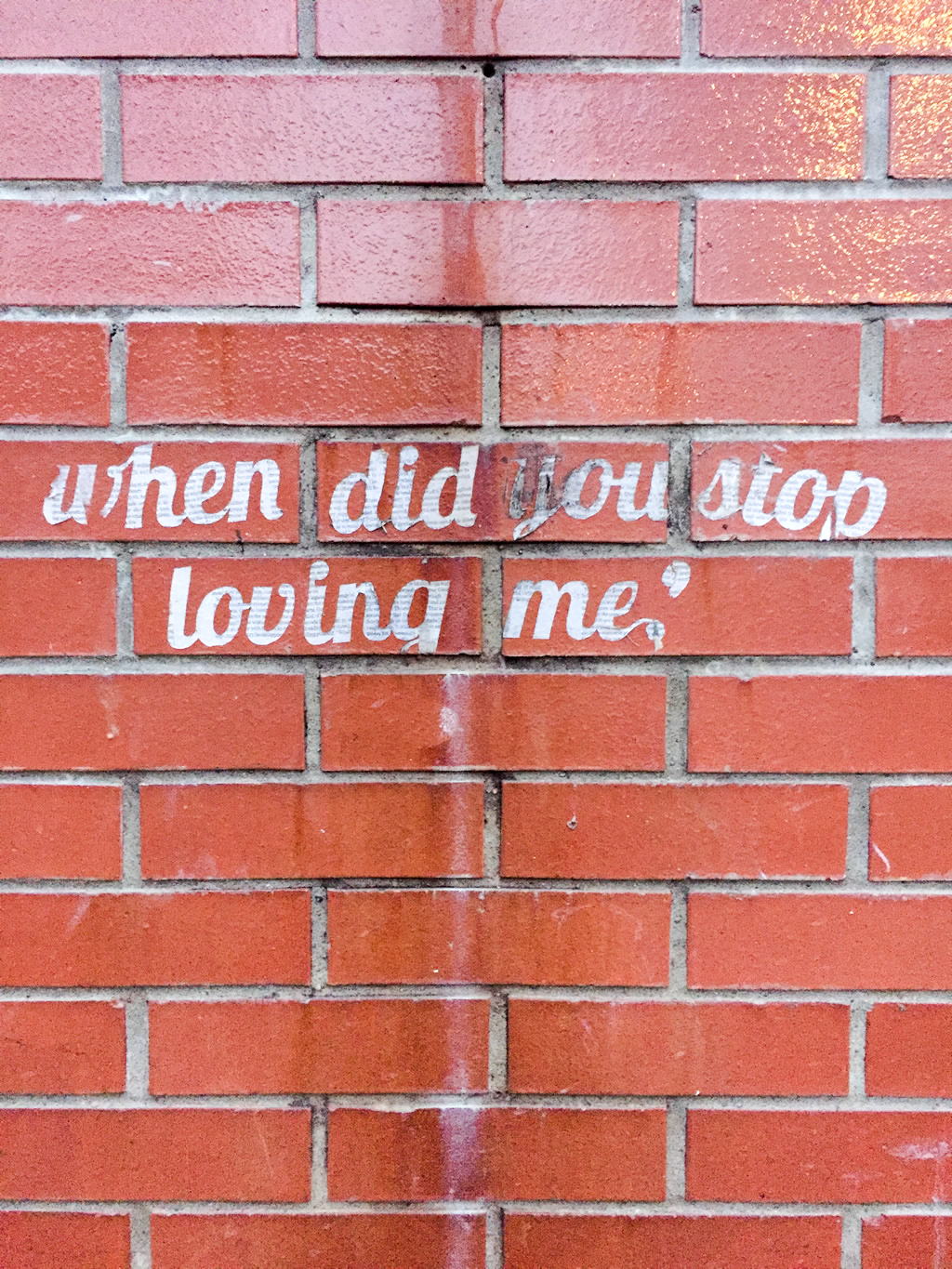 Found this wheat paste throw up on January 20th. It says “When Did You Stop Loving Me ?”. When you look closer, its pages of a book that have been cut into those words and pasted on the brick wall. It was in a back alley in Roncy. Unknown Artist ! 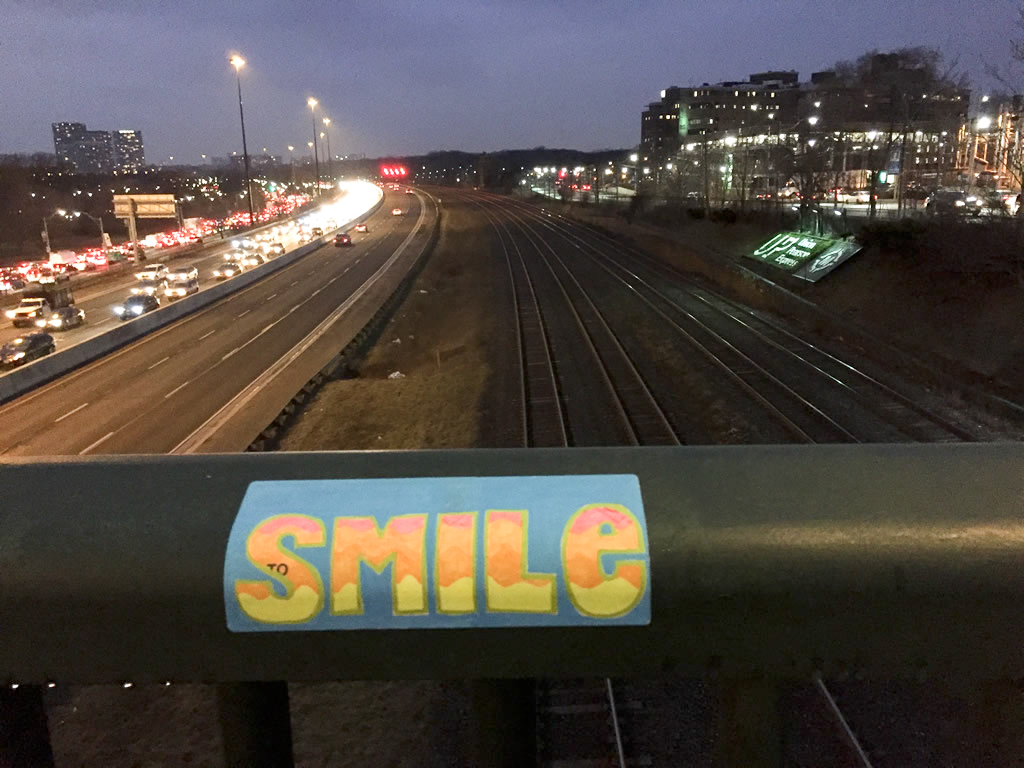 This sticker slap isn’t signed but I know that its by Bkez – she puts up a sticker everyday for “365 days of smiles”. I found this one on January 25th. 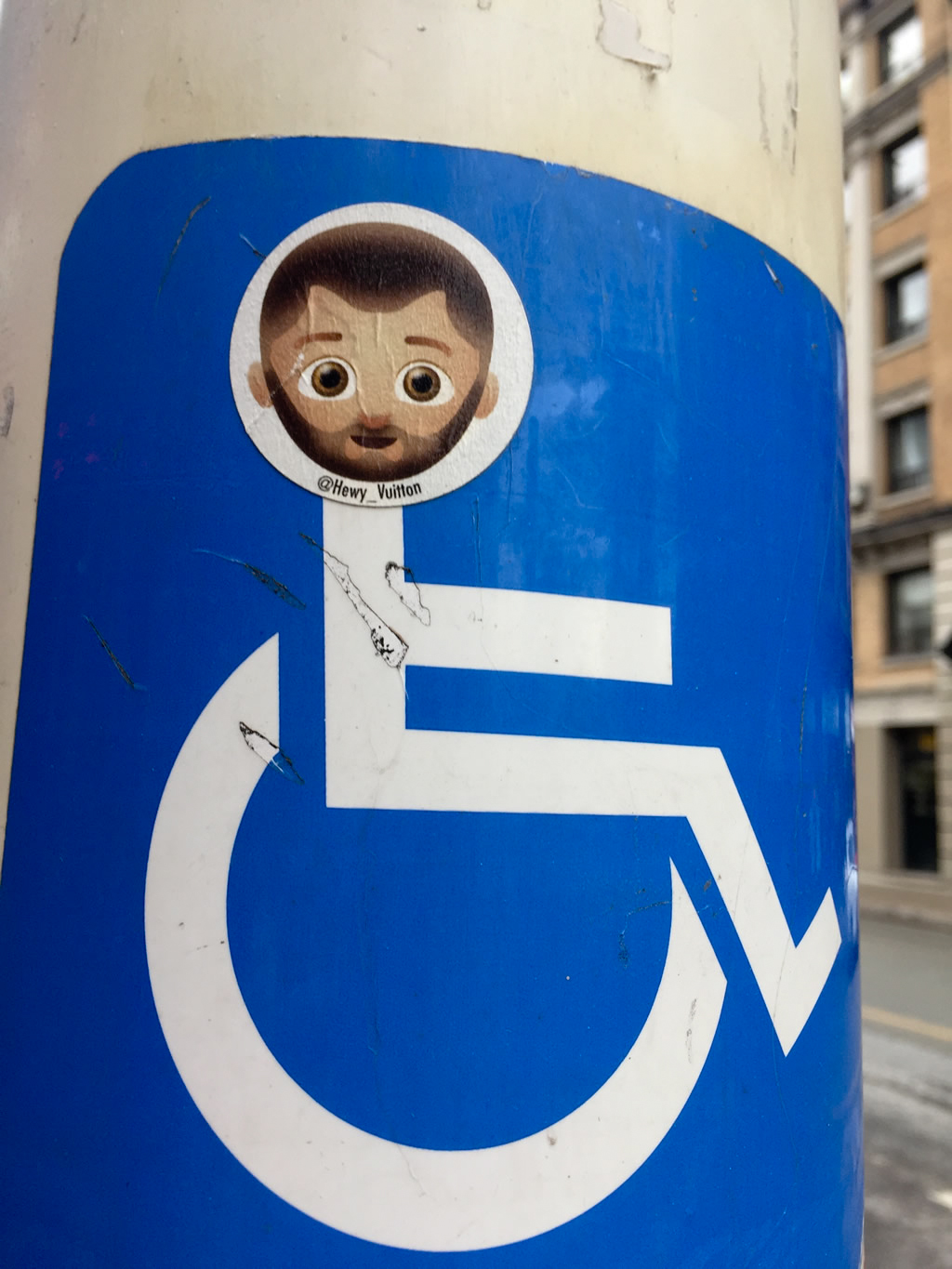 I’ve found a fair amount of these, usually on the handicapped signs downtown. That name points to an Instagram account for Mike Hewitt: “Graphic Design and Artistic Photography” He seems to be a professional designer and has a good portfolio of work on his personal site. I found that sticker slap on January 26th.

My New Years Resolution is do more focussed posts.. so I be — pardon the pun… “sticking” with some Sticker Slap Posts for awhile. I have found so many and some of them are really amazing. I feel the need to share.