From this weekend in Liberty Village — checking out Young Jarus as he was working on a lift (on Friday) for his new silo mural. The rain yesterday stopped him from working for awhile. Hopefully he will be able to finish it soon. This is just the base for his new art. I still haven’t figured out what its going to be.. first guess is its a woman holding an umbrella in the rain. 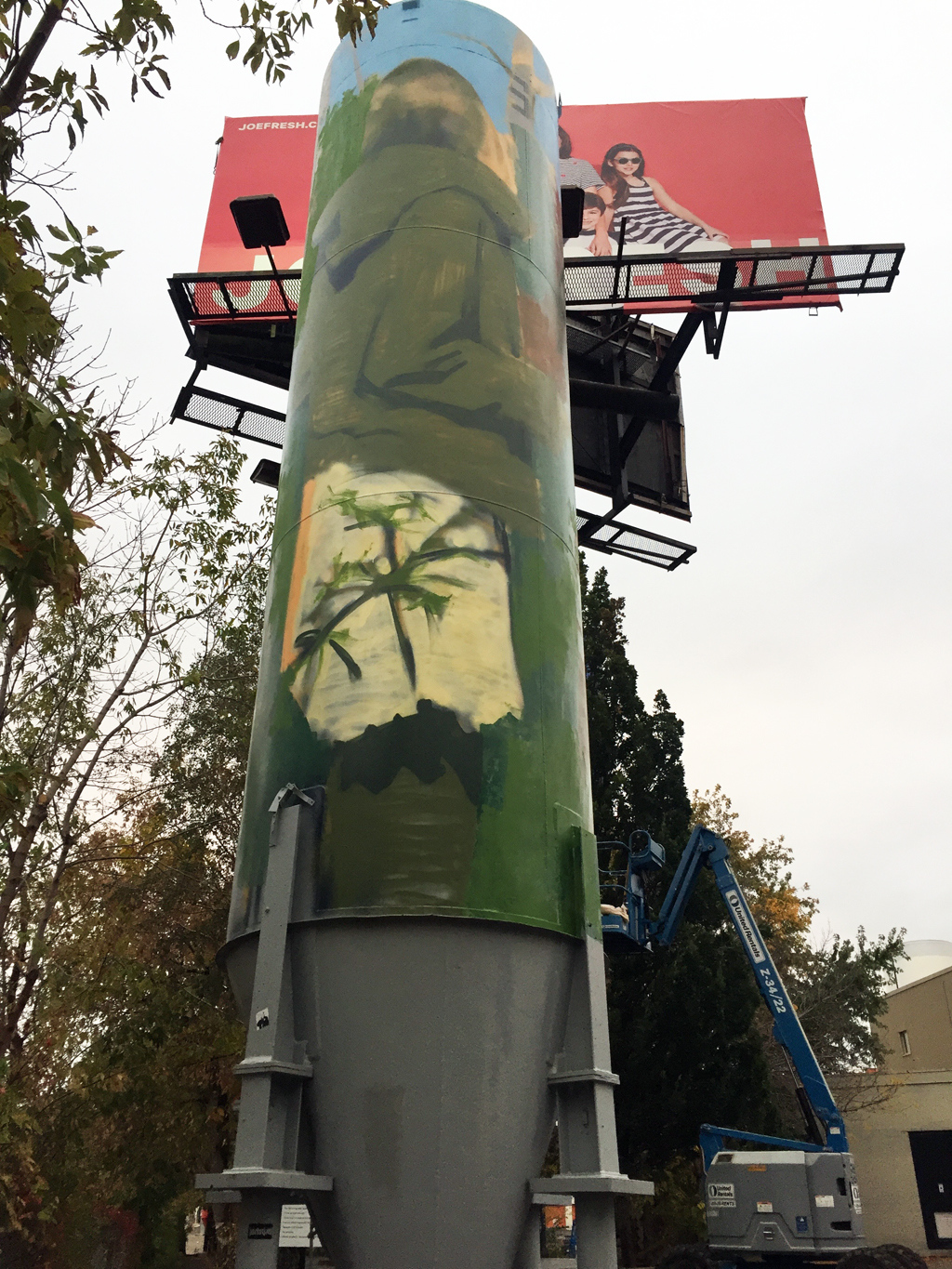 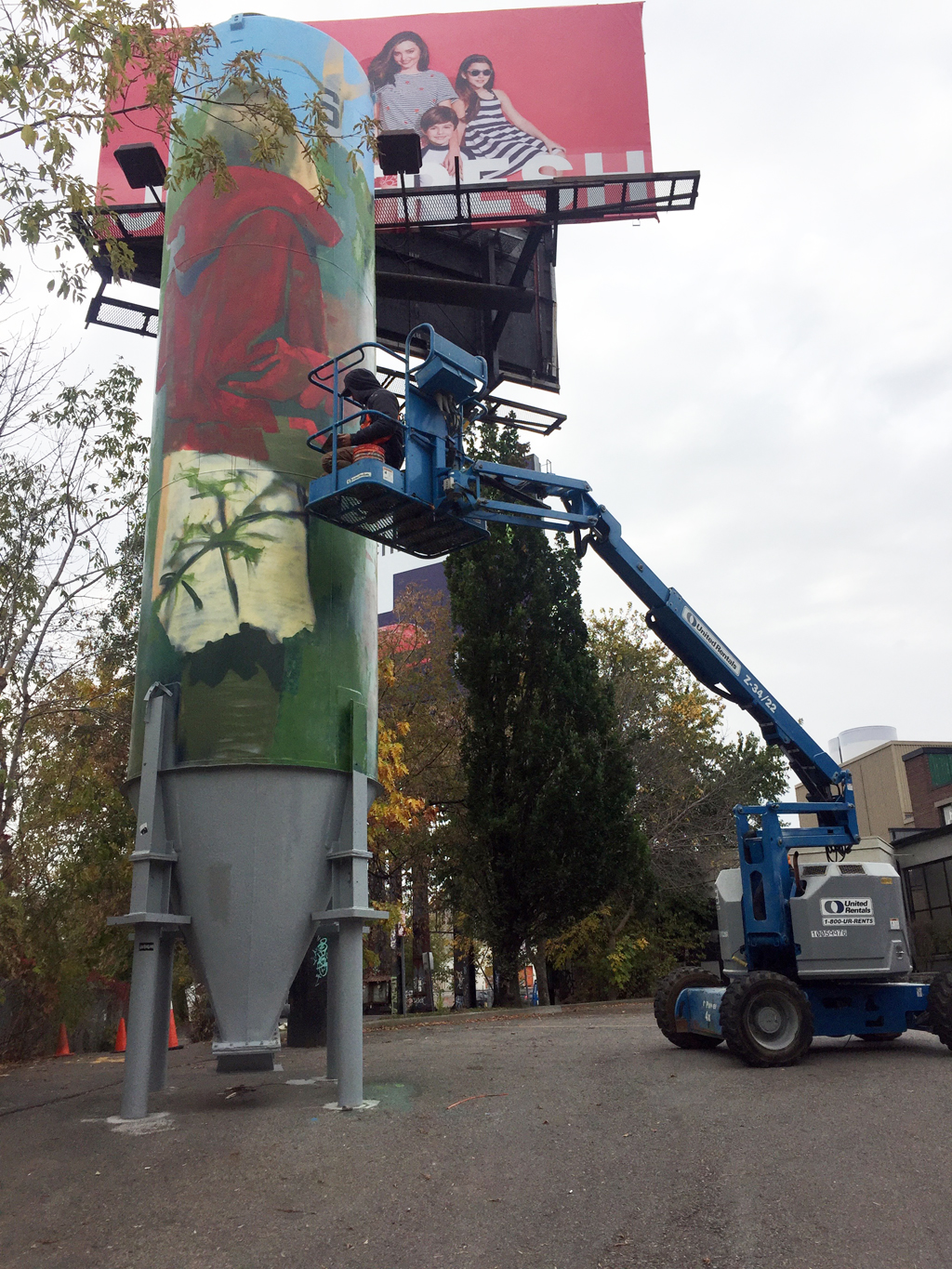 Went back today (October 29, 2017) and got to talk to him briefly. He wasn’t able to work yesterday because of all the rain. So he is making up for it today. I didn’t want to keep him chatting because of his deadline. He uses both paint and aerosol to do with work. He is holding an Ipad for reference (which was covered in paint)

He said its the same woman in this one that appears in another mural on the same street. 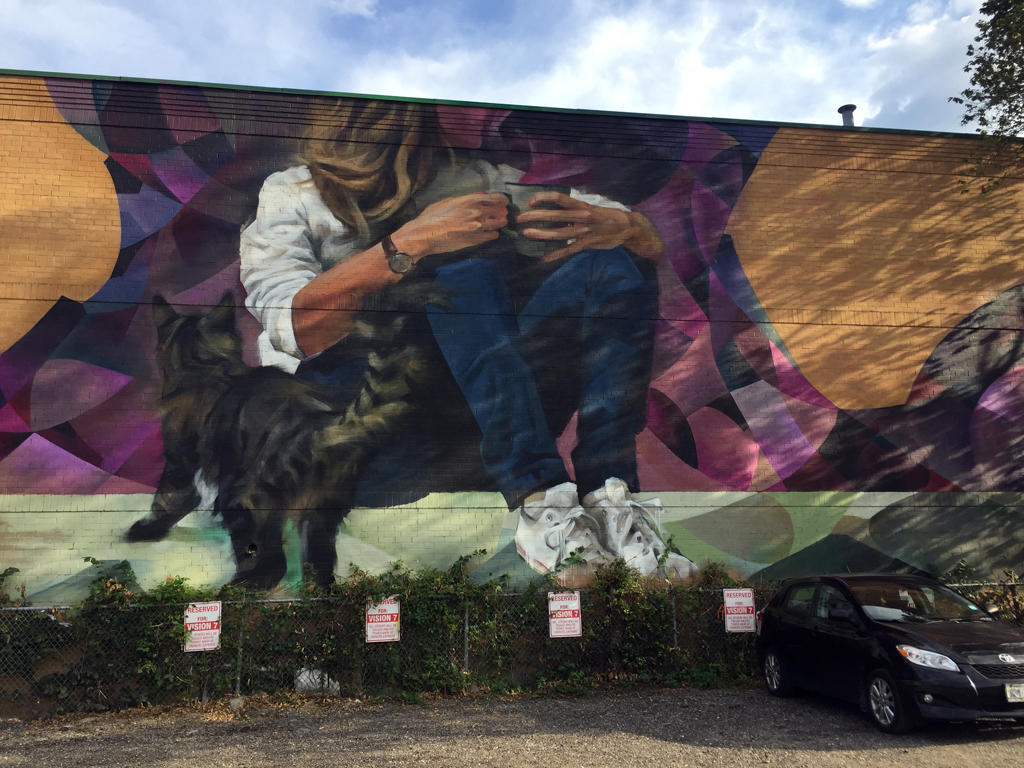 Rain into the man who documented the building progress. We talked for awhile. He noticed me recording this hopper while he drove past. He said that the point of relocating these silos was to encourage people to walk through area. Its comprised of mostly warehouse buildings and it isn’t obvious that you can walk through here. The first time that I went into here I thought I was trespassing. 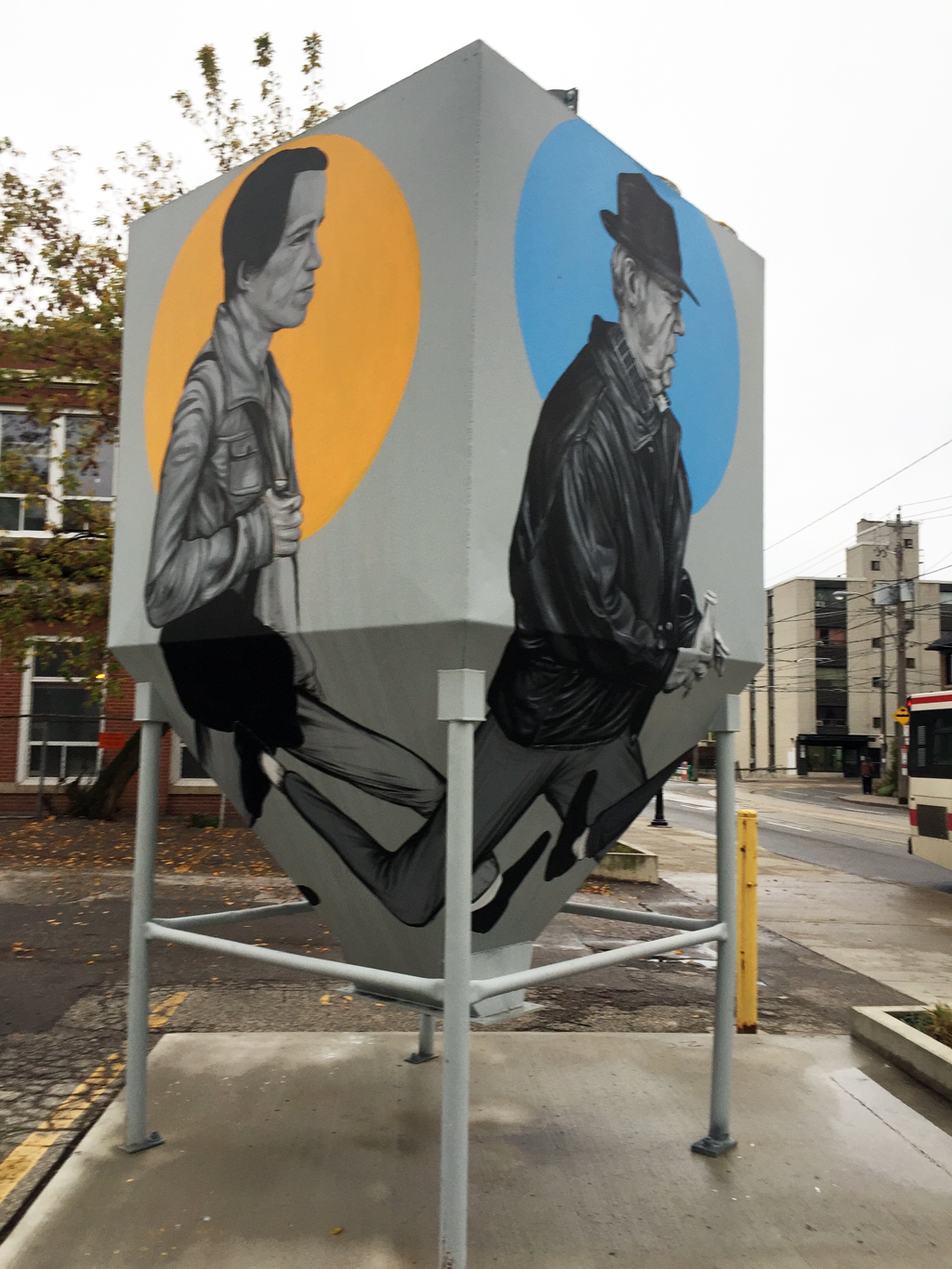 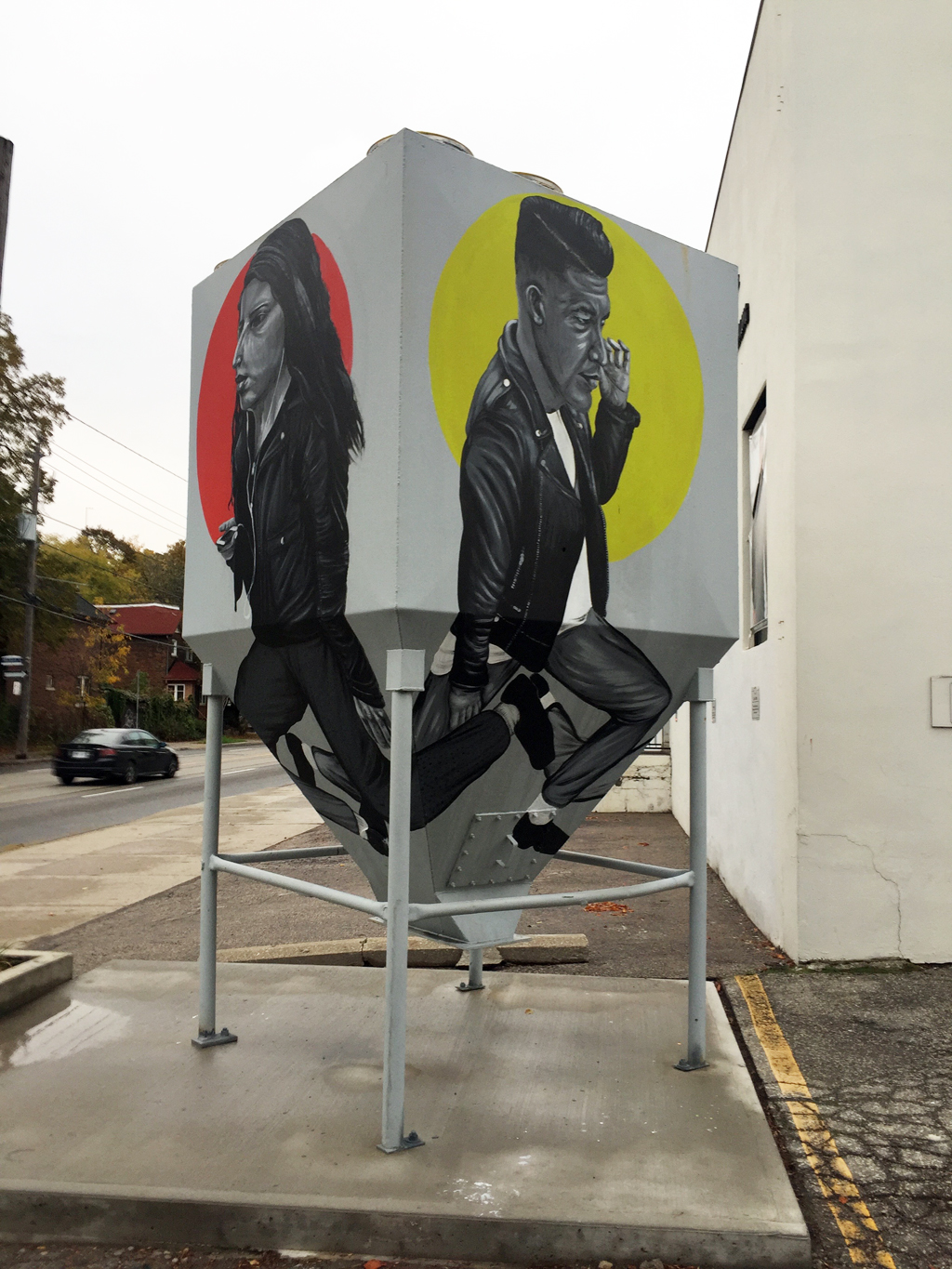 This is by Troy Lovegates, he did a silo last week and worked well into the evening on these. Troy doesn’t use any aerosol spray at all for his work its all hand painted which is why it takes him longer to do these.

This is a smaller piece that is close to the previous one. Its 4 people of different backgrounds joined together.