Utility Box Artwork Before After July 2018

Utility Box Artwork Before After July 2018

This is another catch up post. Meaning I am posting some of the stuff that I should have posted a long time ago. I decided to do a box theme here.. mostly Bell Box murals and some traffic signal boxes. Some places call these ‘electrical boxes’.. but the idea is the same.. artists paint on them to prevent graffiti.

July has always been a busy month for street art. The better weather makes working outside a lot easier, even though it was very hot last year ! 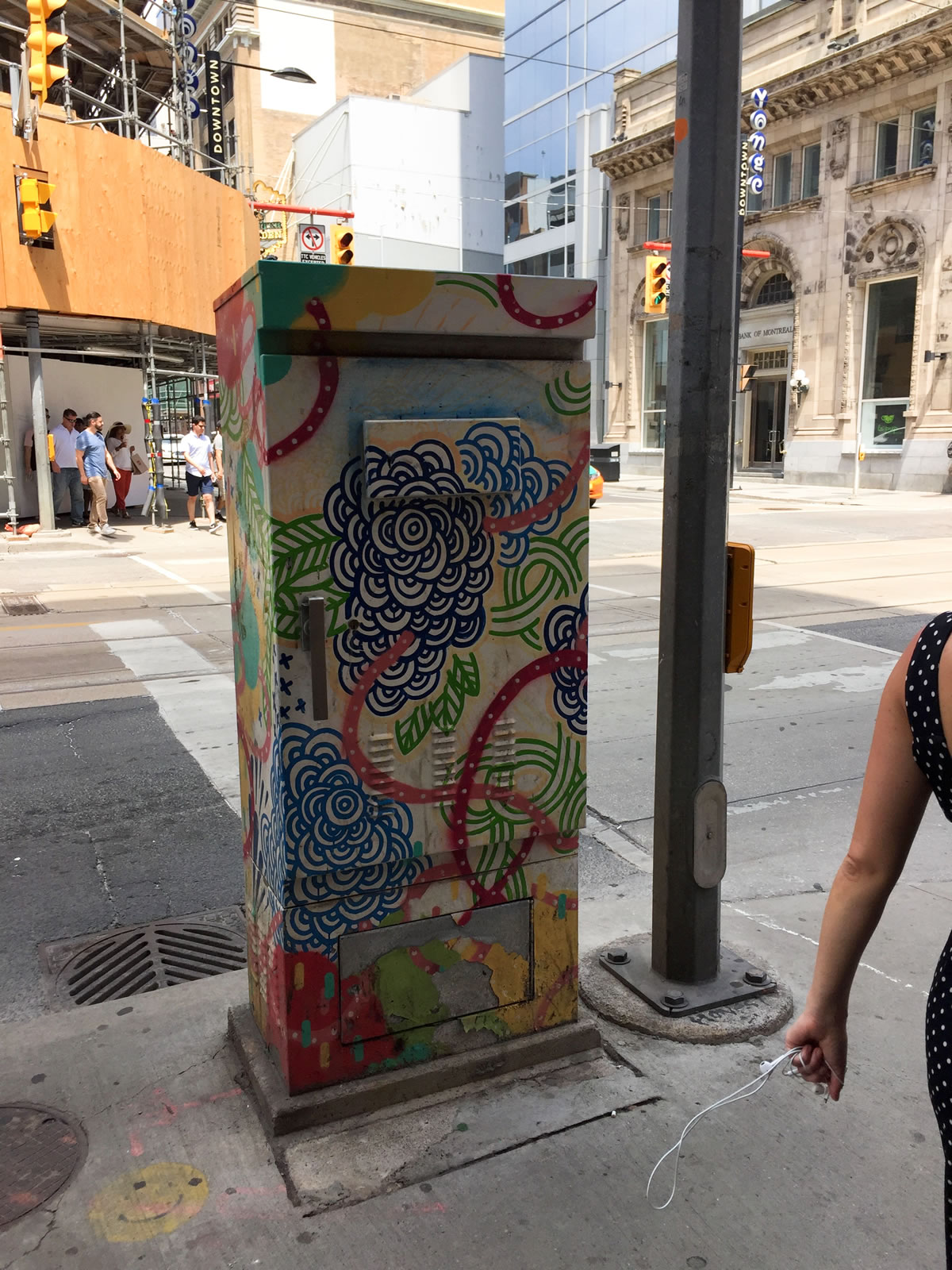 “The Outside the Box program provides an opportunity for local artists to create works of art on traffic signal boxes across Toronto. Since 2013, over 350 boxes have been hand-painted by local artists, or wrapped featuring designs by local graphic artists, and transformed into extraordinary works of art. Artists and graphic designers applying to this program are encouraged to consider the context of the local area and the city as a whole. Art calls for hand-painted boxes, and graphic designs for wrapped boxes, are issued separately.”

They publish a PDF every year with the art for every year. 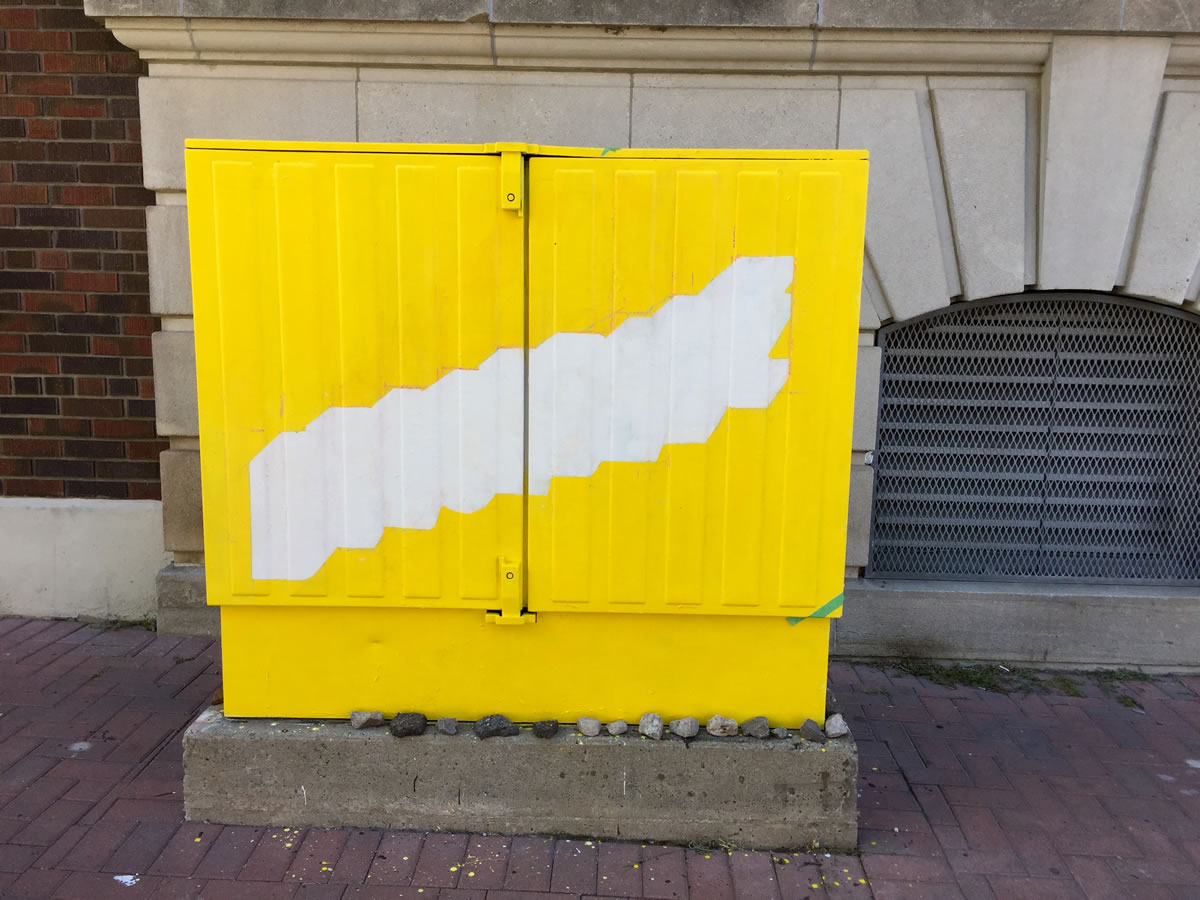 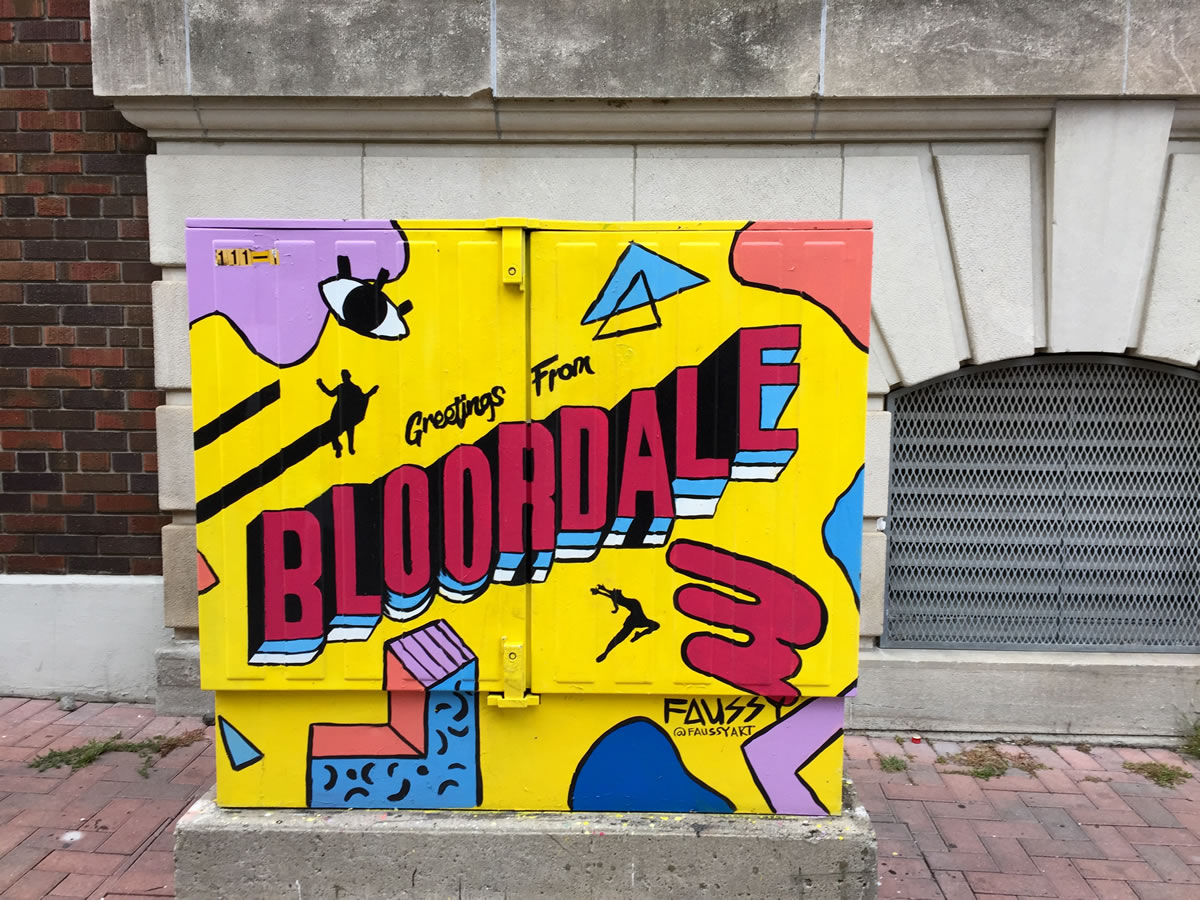 This Bell box mural is by Natashia Faustino who goes by @faussyart. It located right near the Dufferin subway.

The Bell Boxes Murals Project is an independent, community-engaged art program of Community Matters Toronto, a non-profit community organization located in the St James Town neighbourhood of Toronto, produced in partnership with Bell Canada. Since 2009 artists from the Bell Boxes Murals Project have painted over 300 murals on Bell Canada outdoor utility boxes in 36 communities throughout Toronto, Southern Ontario and Quebec.
The Bell Box Murals Project is an innovative collaboration between private business, community organizations, local artists and local governments that benefits all members of the community:
▪ Replaces graffiti and vandalism with original works of art ▪ Makes the streets more inviting to residents and visitors ▪ Provides a public art forum to reflect local culture and heritage ▪ Enhances residents’ sense of community ▪ Accessible to everyone, regardless of income or social stature ▪ Provides income and visibility for local artists 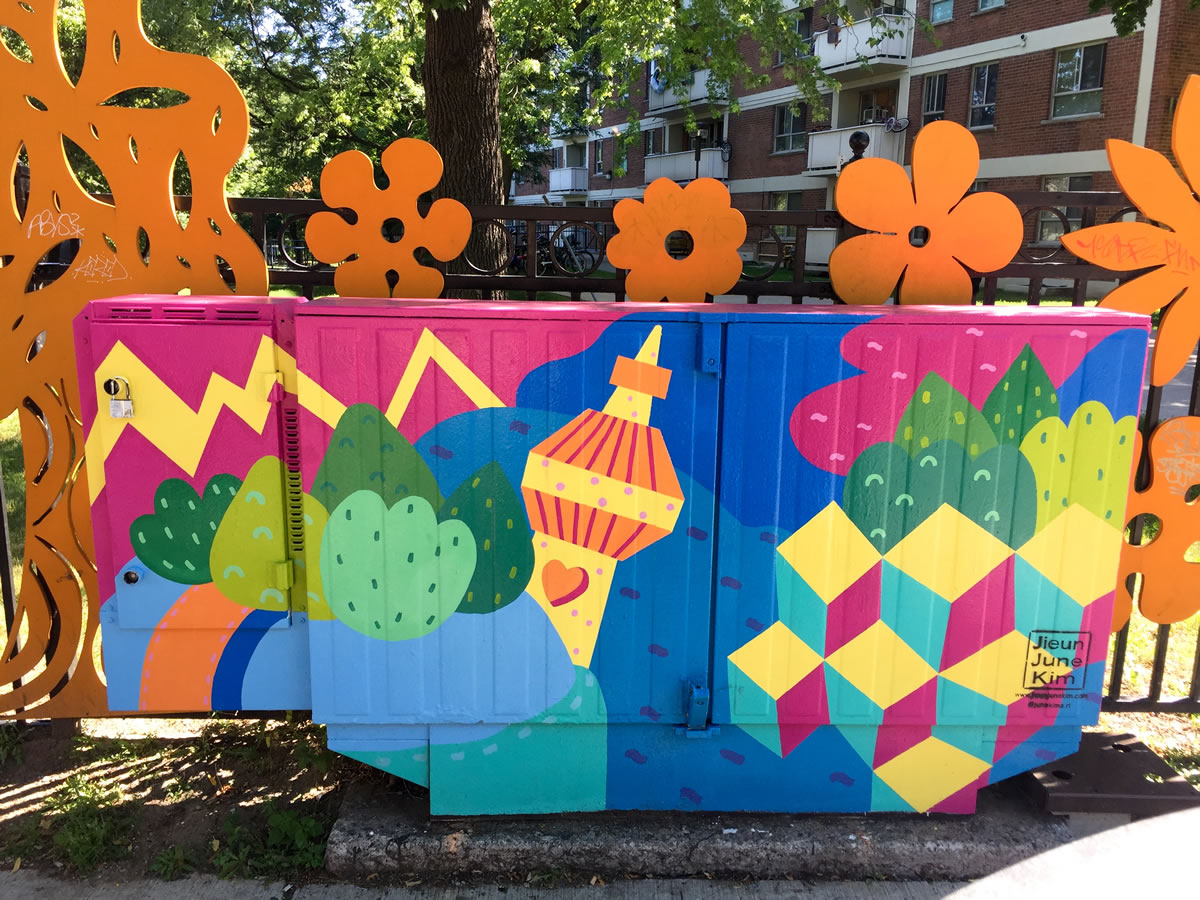 Jieun June Kim has her art work on several of these Bell Boxes... I think I’ve seen 3 in person but there are many others. 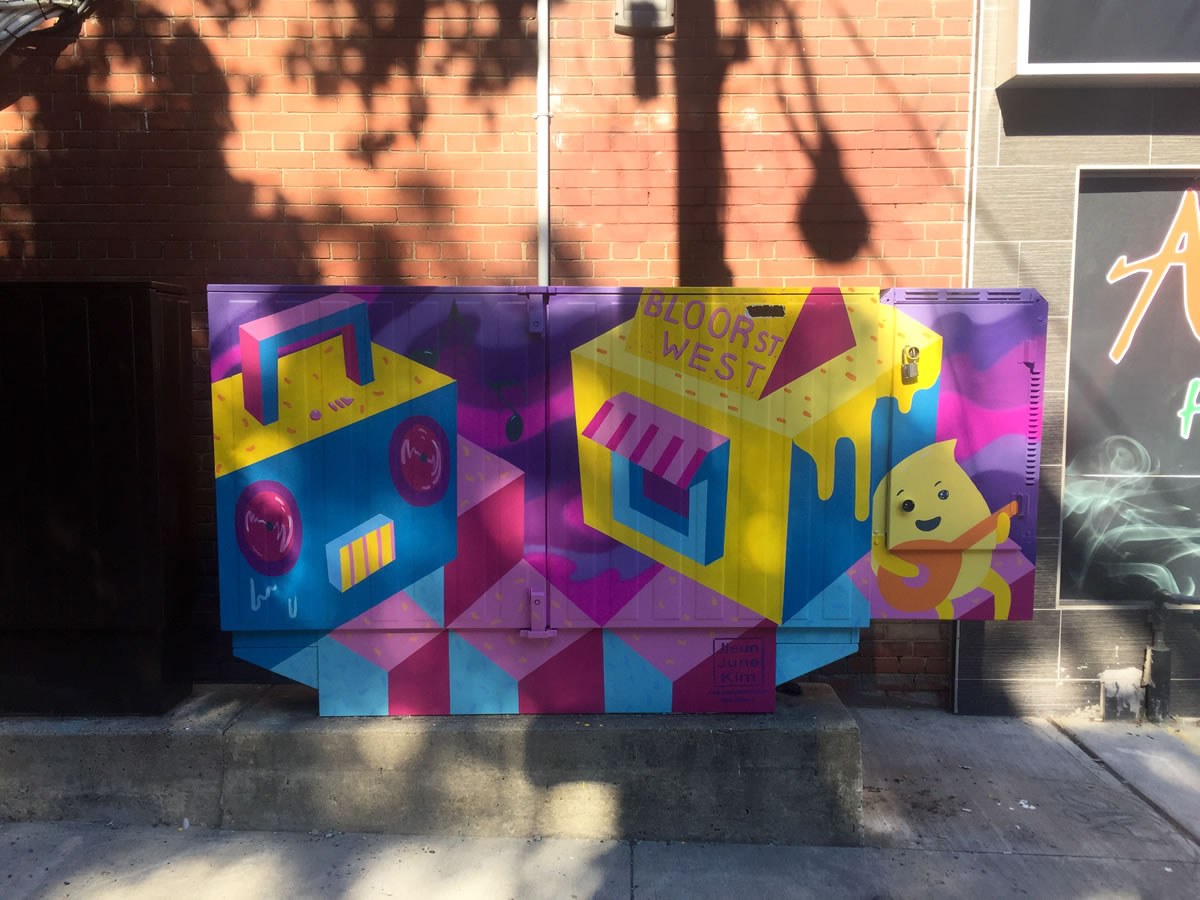 Another Jieun June Kim that is fairly close to the Bell Box the previous one. From what I gathered .. they choose a Ward each summer and then send the artists to paint on the boxes in that area. 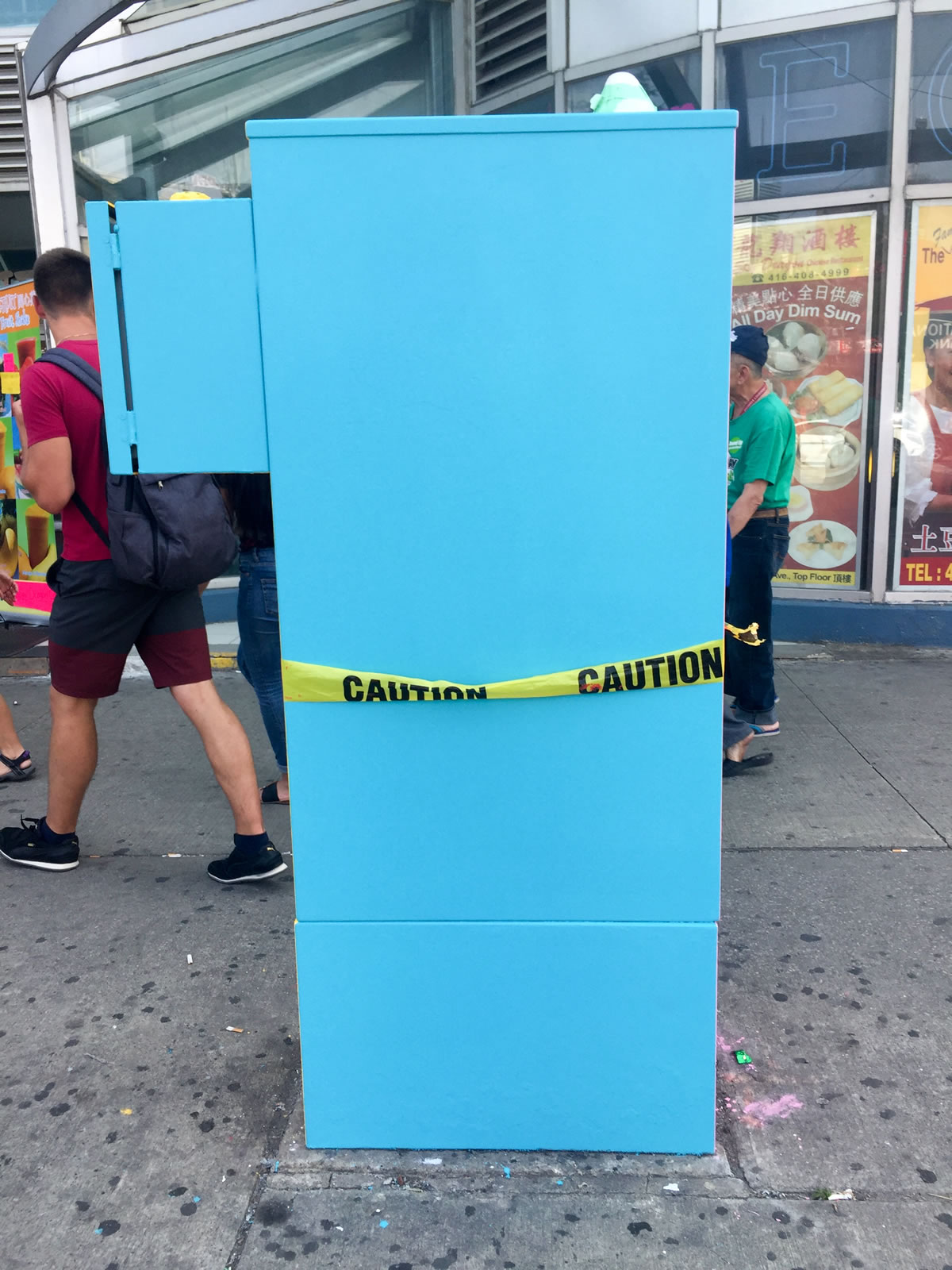 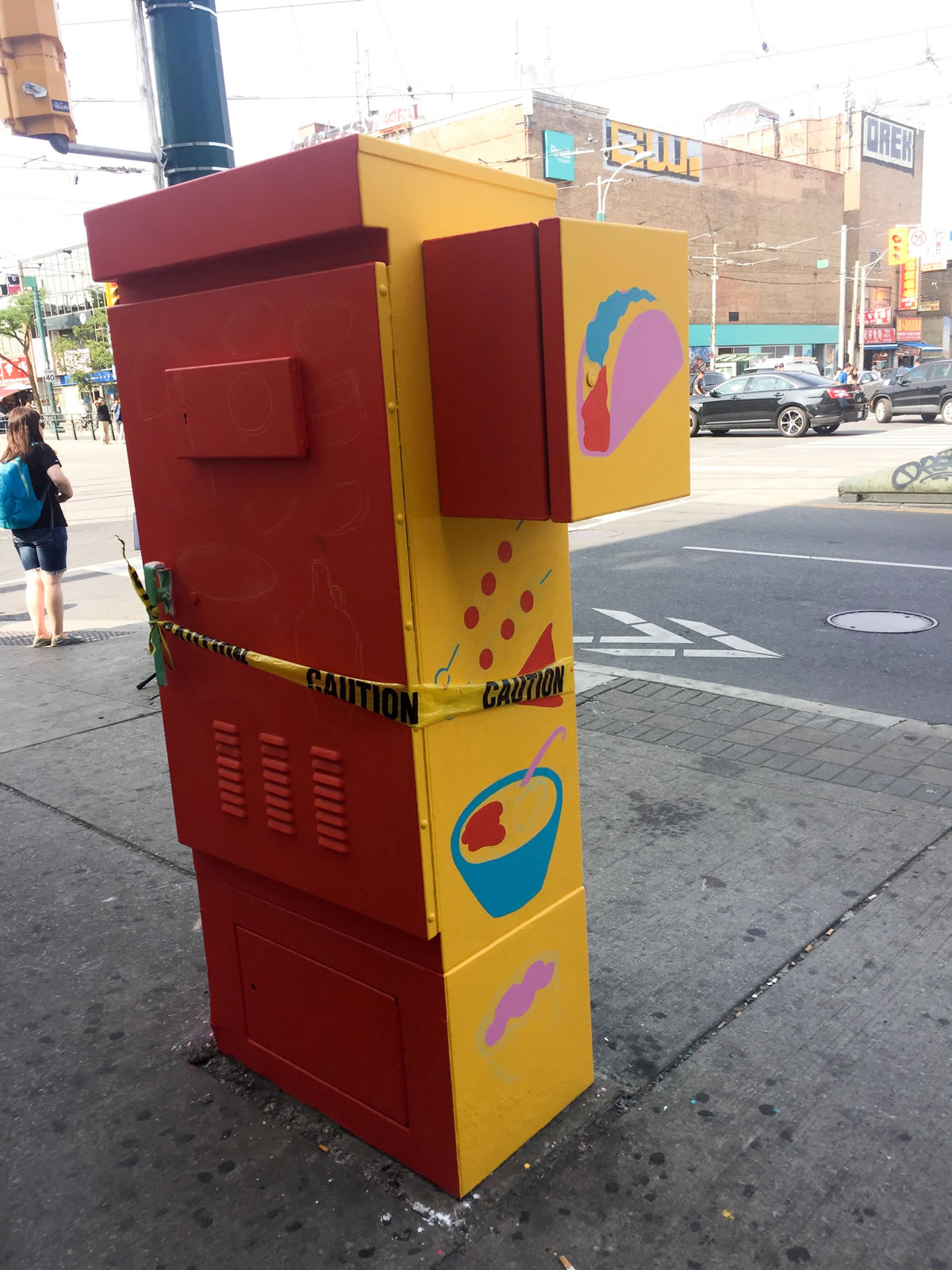 This Bell Box art is by Talie Shalmon and I still haven’t seen the finished result. I just passed by obviously when she was working on it. But I never saw her in person either.

A lot of these artists seem to work on both of these graffiti prevention projects. I found her Bell Box last year as well. It makes sense for them to take advantage of both programs. 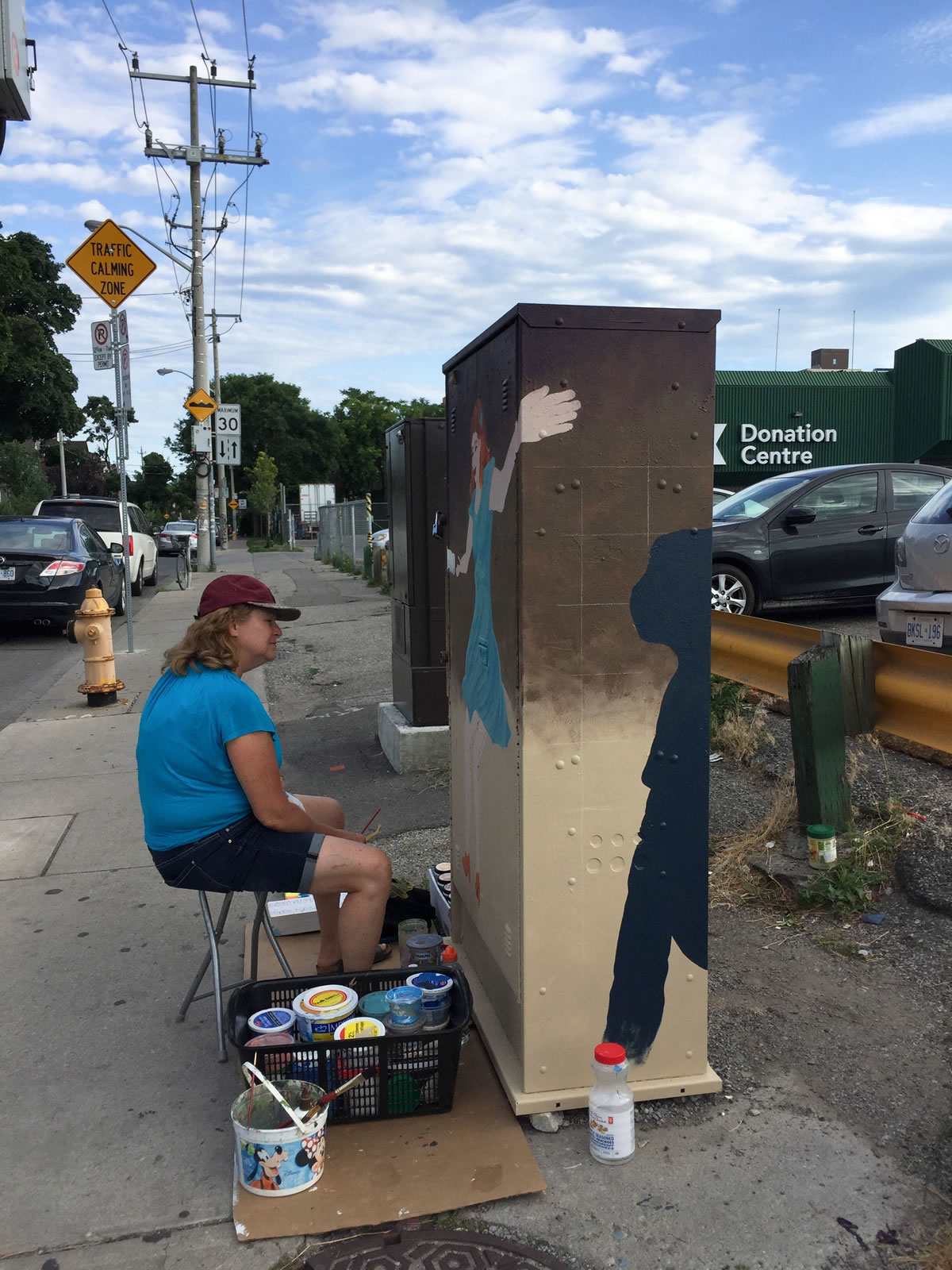 That is Karen Roberts working in the hot sun on her Bell Box. She is a really cool lady. She has great stories to share. 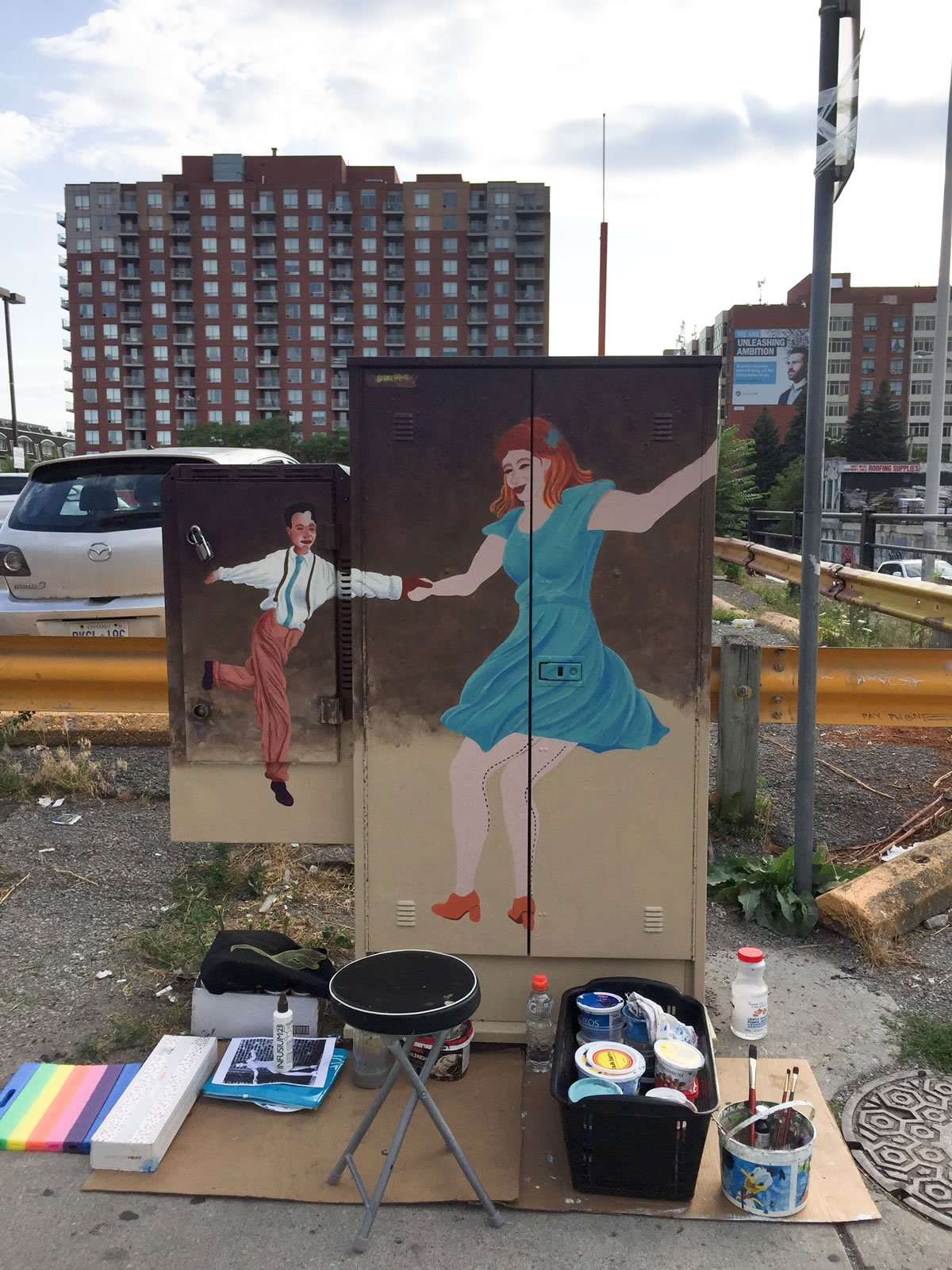 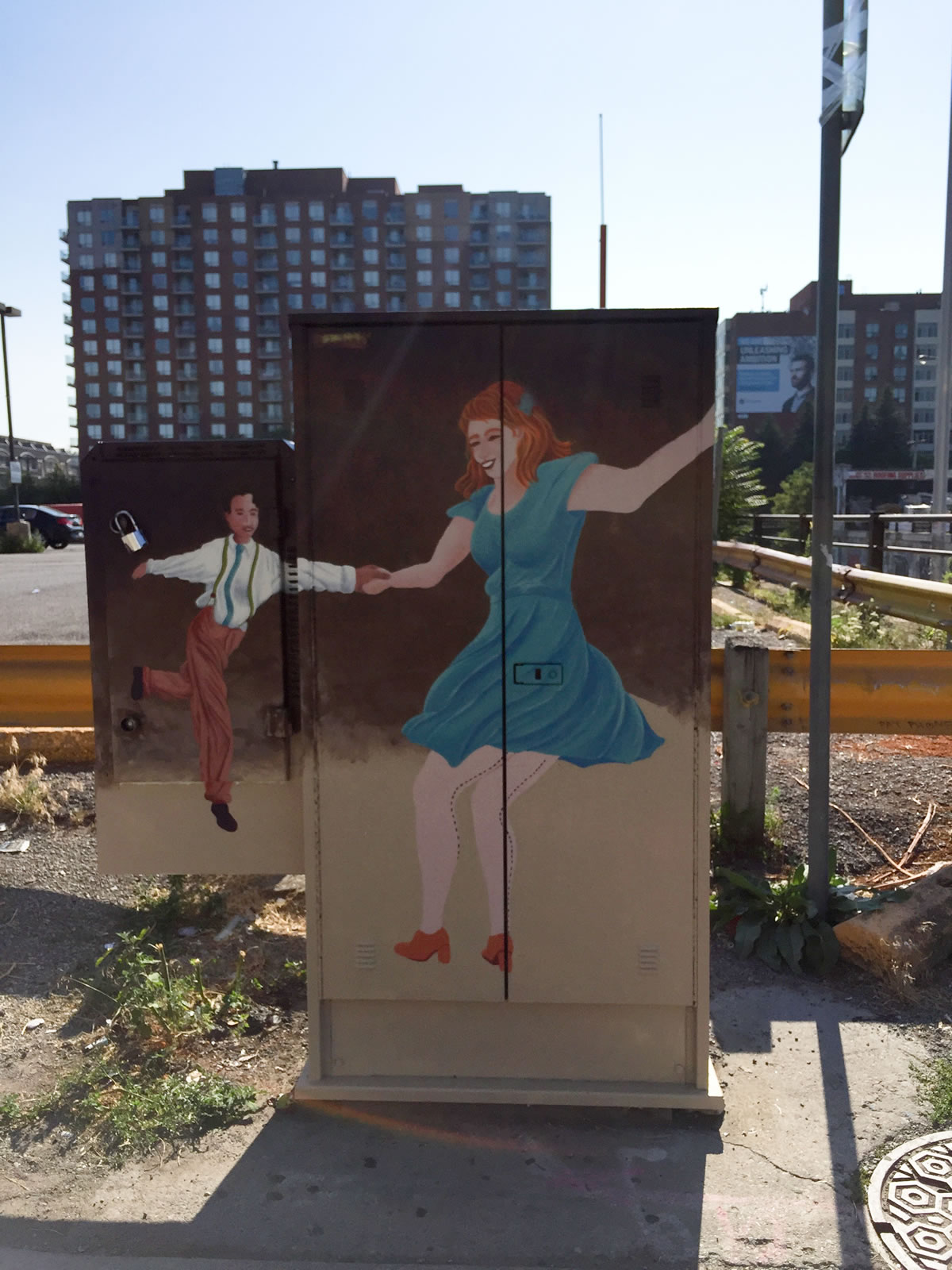 I posted this by Gosia Komorski last year.. but I literally saw her about 15 minutes after I talked to Karen Roberts. She was also located across from a strip club.. but I don’t think she used the bathroom there. lol

Gosia was worried that her art might get tagged. As you can see from that wall behind her mural was tagged shortly after she finished her artwork. But months later her art is tag-free. ! 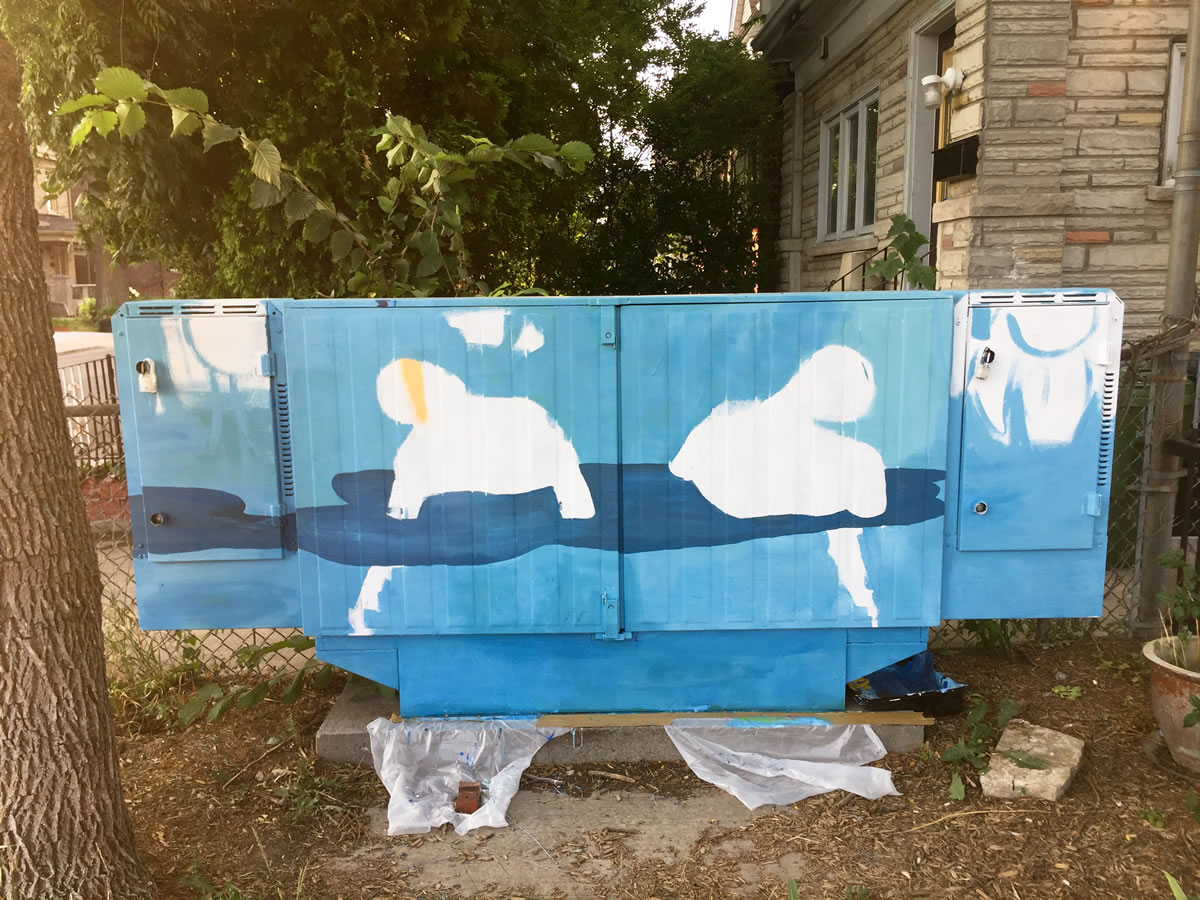 I walked by this Bell Box by Lauren Pirie the same day as the others.. but I didn’t see her working that day. This is another I haven’t seen the final result.. but I did find her post with the completed artwork on her personal website. 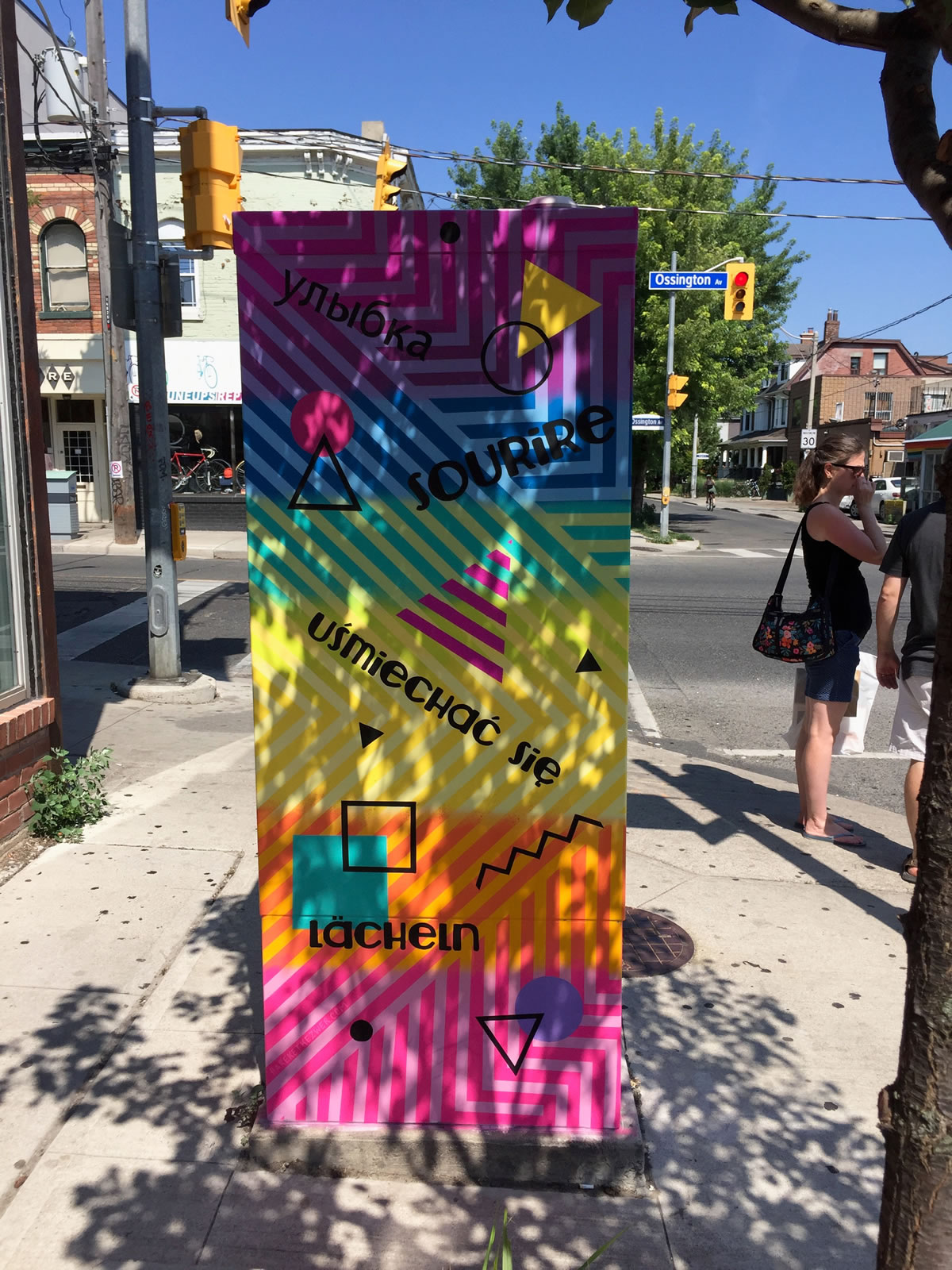 This is by Bareket who I just know as BKEZ from Instagram. She is the artist who organizes the Womxn Paint Toronto projects. 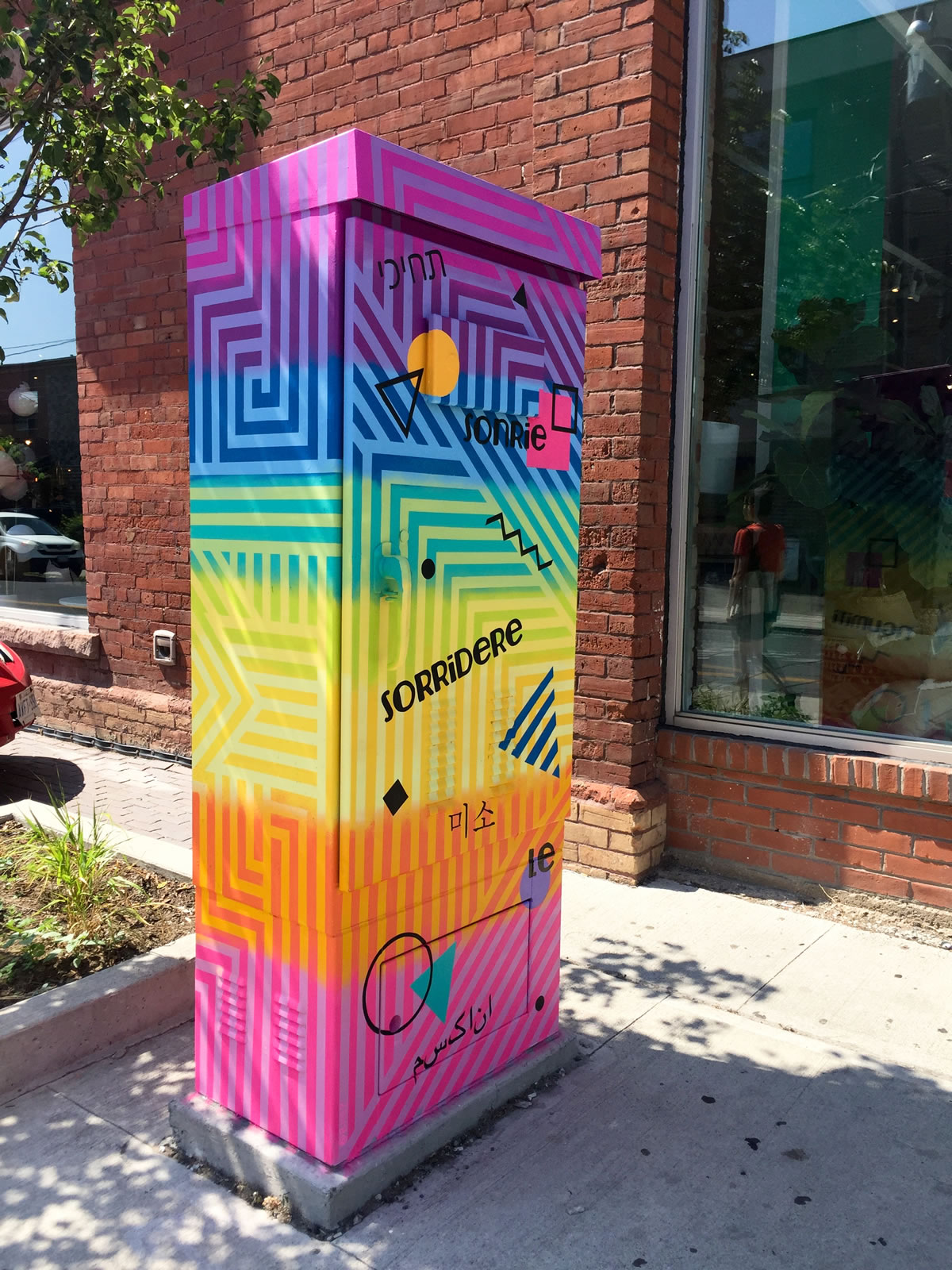 Bareket has painted a lot of these traffic signal boxes.. but I don’t think she has a Bell Box as of yet. 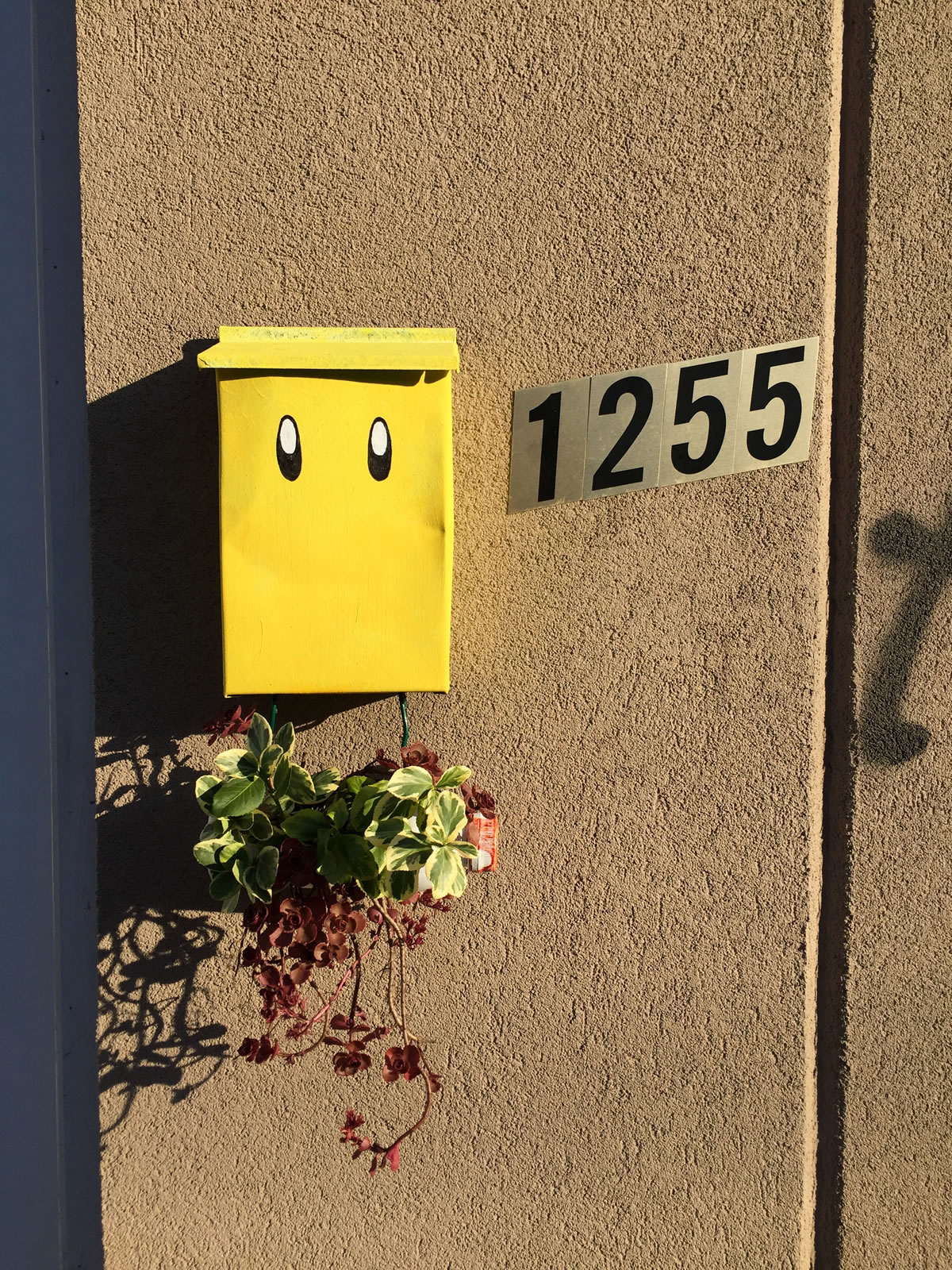 I think I posted this before by Diego Armany .. he even signed his Instagram on the side so I can credit him. 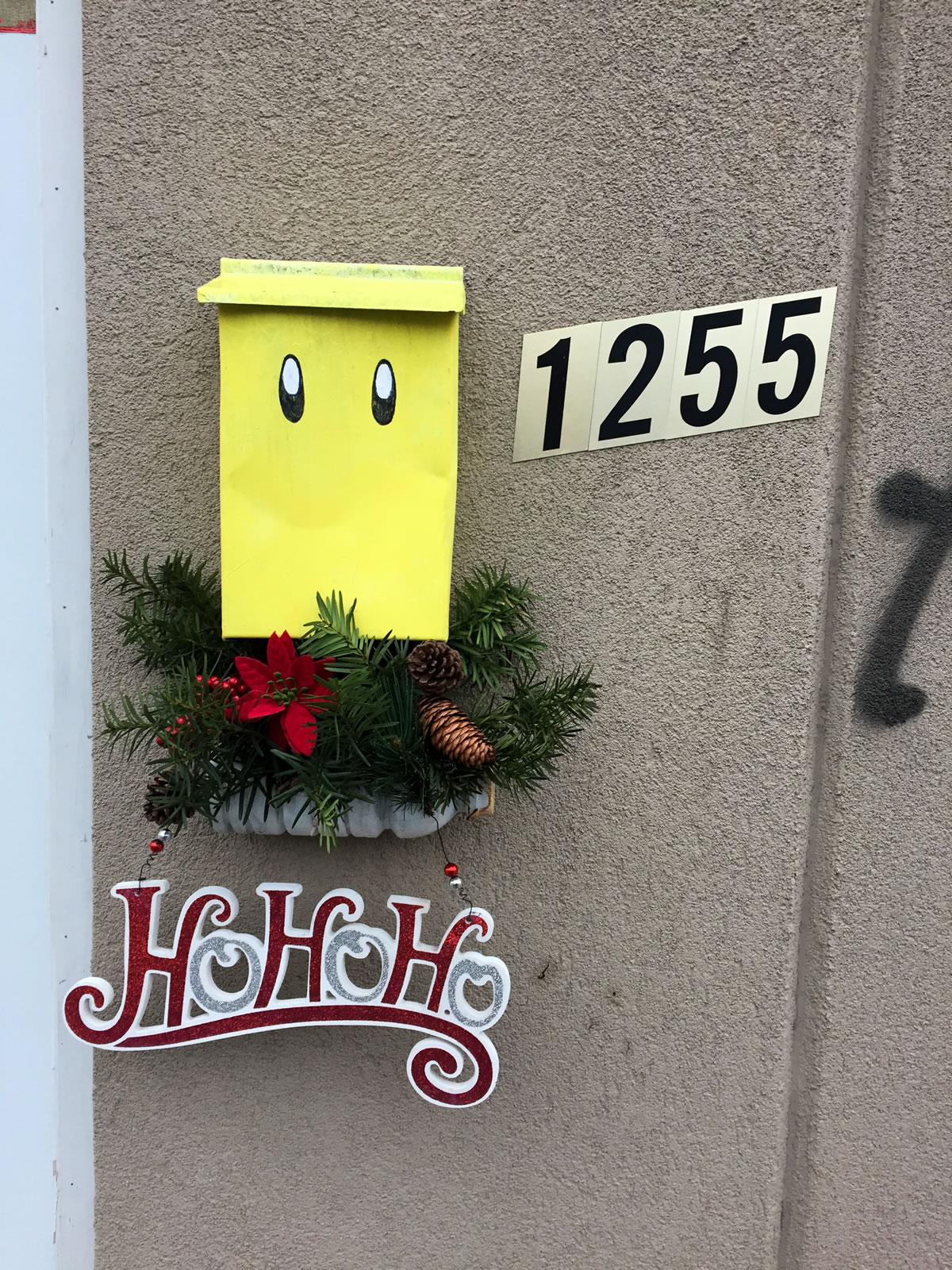 He even decorates it at Christmas Time.

I didn’t want to walk into traffic to take a photo of this art by Rage Williams..

But I found his picture of this art from 2017

Another Bell Box by ‘Murals by Marg‘. She is another artist who does a lot of these boxes..

You can see more of it in the winter..

She even gives tips about painting on these boxes

This one is about a 10 minute walk from the other one by Marg… I don’t know who the artist is.

I have only seen this Bell box by Peru143 from the streetcar.. so that is how I will show it ! 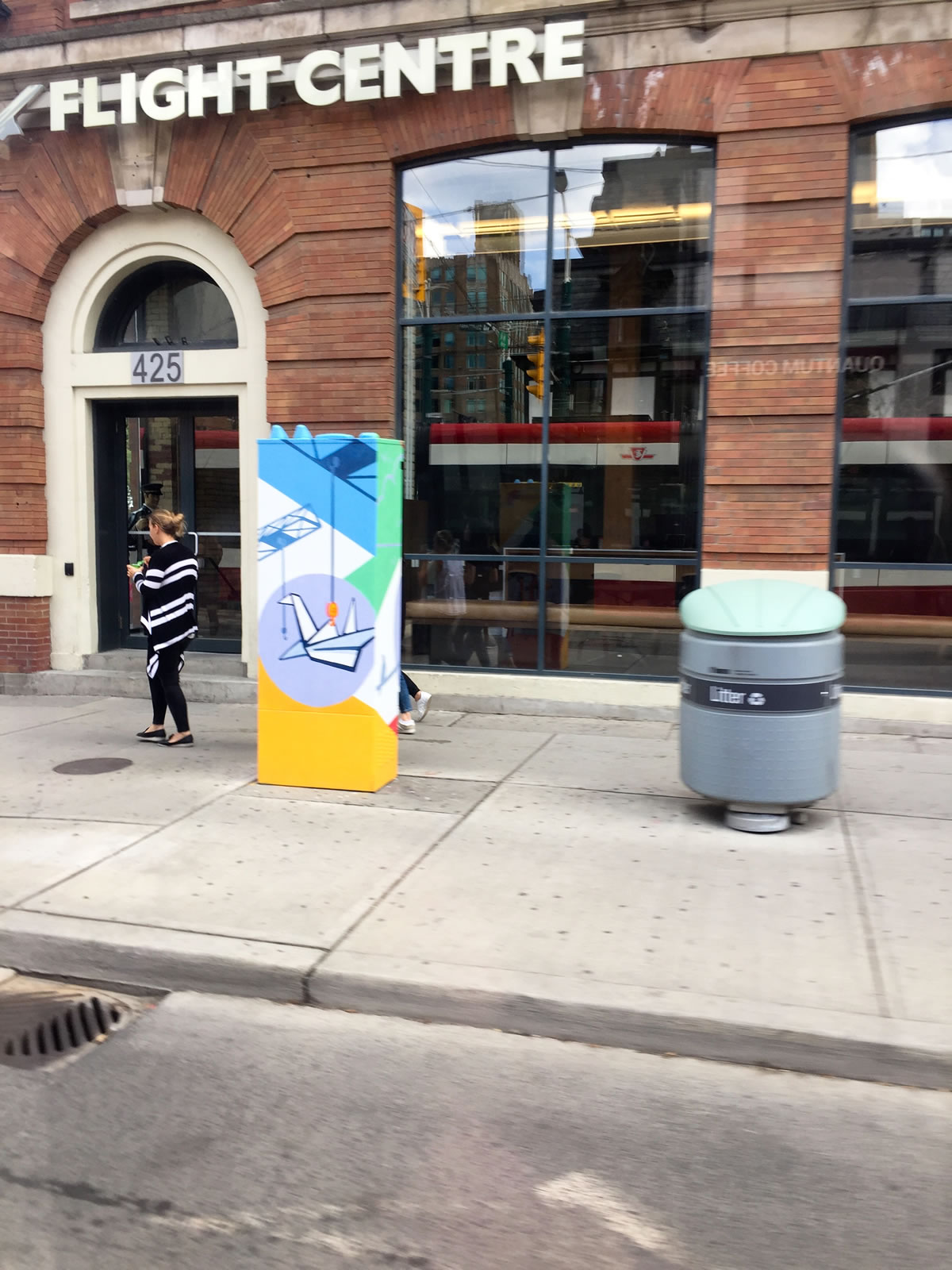 I saw Steven Twigg working on this box from the street car….

Last week I painted a traffic box in downtown Toronto. The theme of the artwork is to see common elements of our urban life in a different way, breeding imagination on our walks rather than simply going A to B. It was a very rewarding project as passers-by complimented the colours, said the pigeon looks like a penguin, or asked where the streetcar stop is. Can't wait to show more of my upcoming outdoor projects. Let me know if there's one I can do for you! . PS. 'Art' vs. 'graffiti' is a big subject, but I like that this creates opportunities for artists of many styles who don't normally work on the street. While the city views graffiti as a problem, I think it does have its place and is at the root of all street art. . . Thanks to @start_streetartoronto for the opportunity, and thank you very much @kath.films for making the video, your work is amazing. . Song in video: Fun Time – DJ Quads #streetartdaily #streetart #streetartist #mural #muralist #outdoorart #outdoorarts #illustrator #murals #publicart

He has a great little video about the making of this artwork.

I was able to see it up close later last year.

Throwing this in because it’s Friday ! Have a great week !