Yesterday we checked out Toronto Collective on Spadina Ave.. They sell aerosol spray that gets used in street art murals.. probably for graffiti 2. 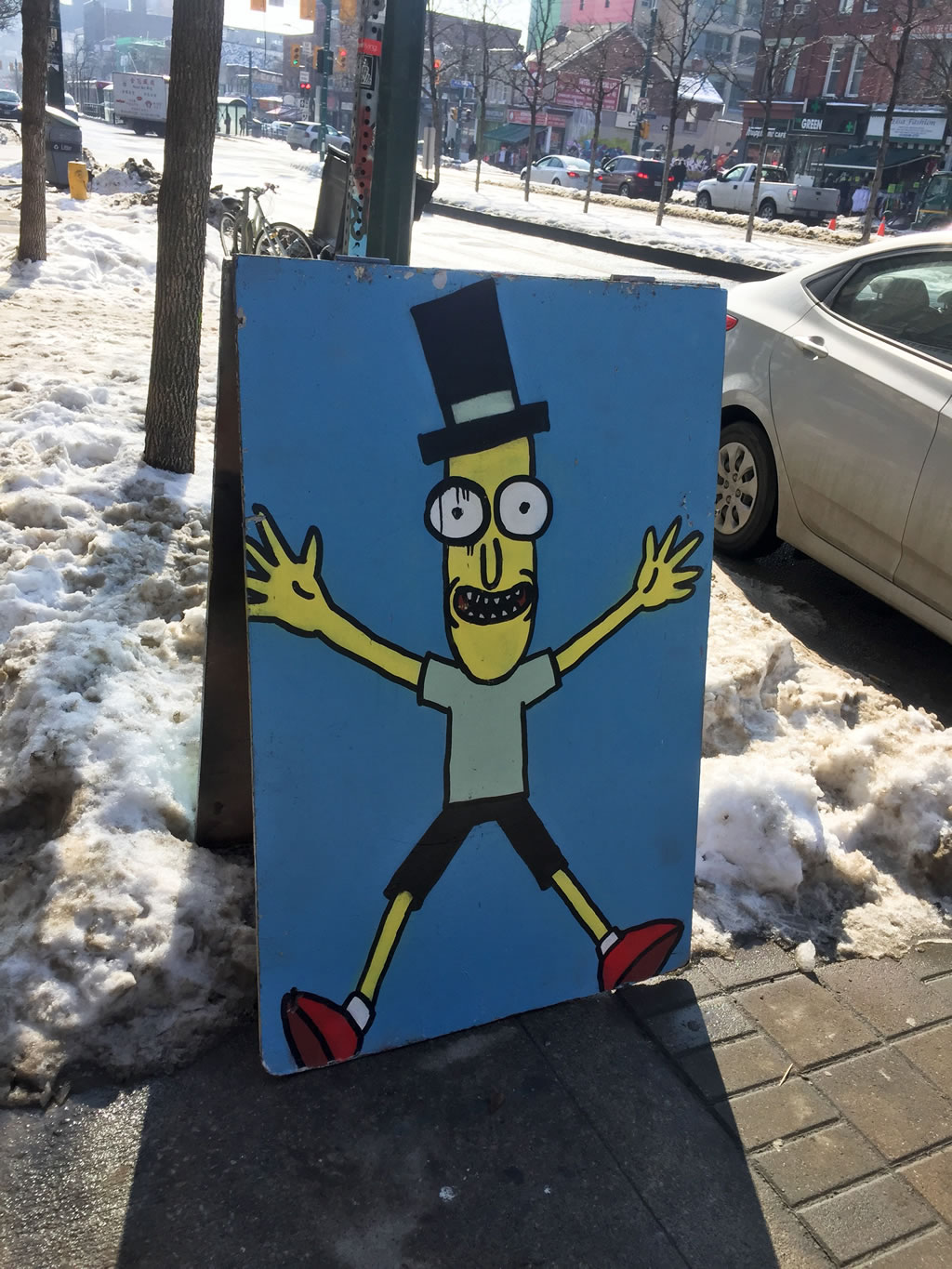 That’s the sign at the entrance to their shop. 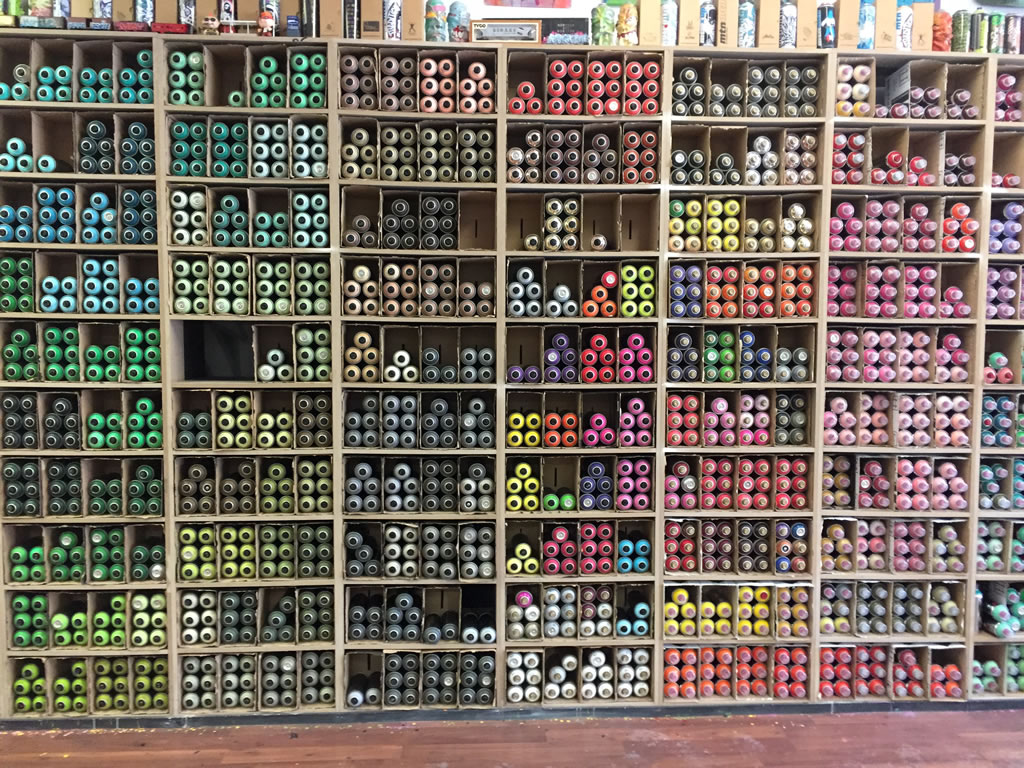 Once you are inside the first thing that you notice is the wall of aerosol spray cans with all the different colors. Most of the cans are by Montana which seems to have a large share of the aerosol paint spray market.\

The other side of the wall was mostly designer toys. They have a large collection of those as well 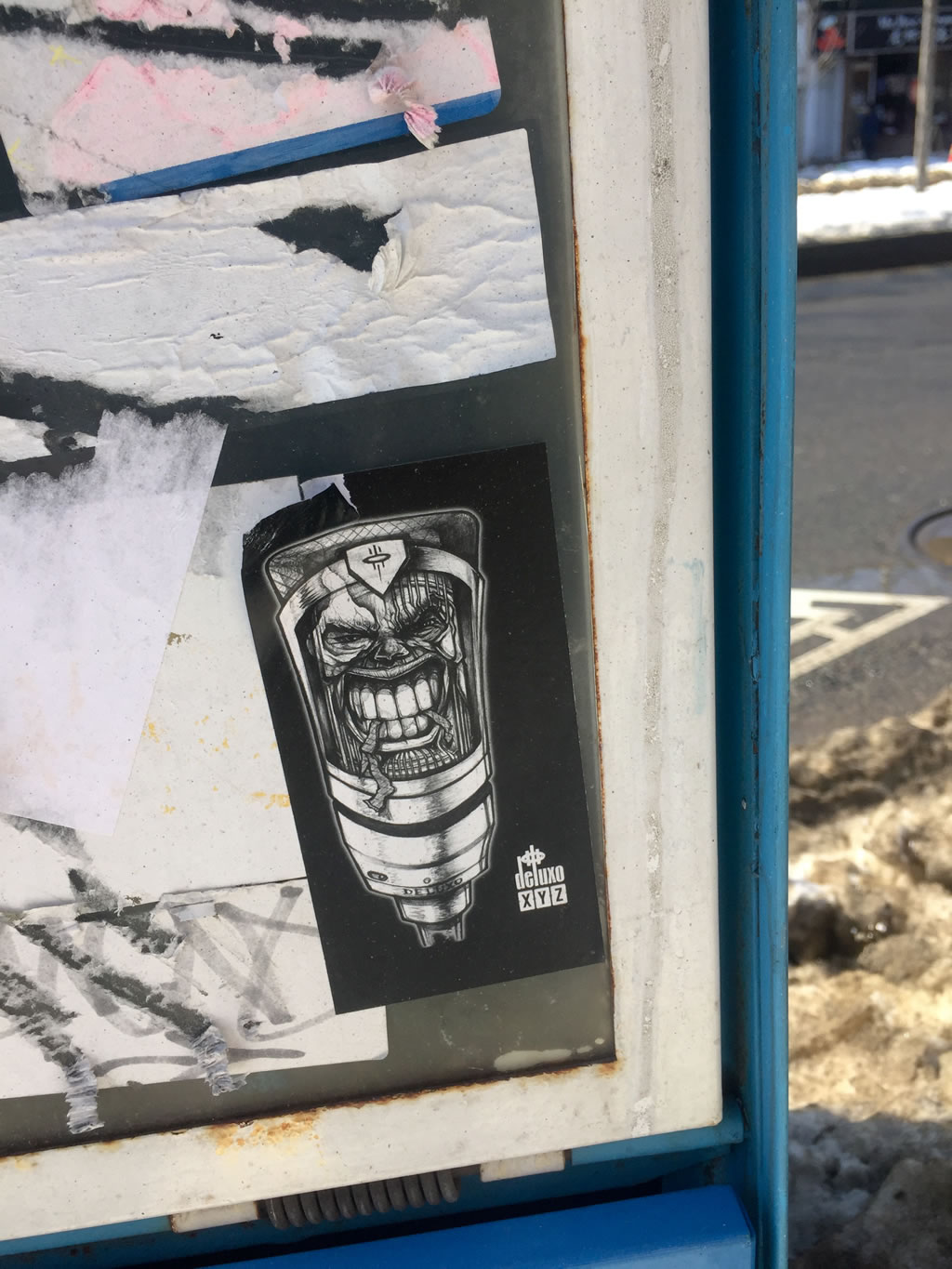 Coincidentally, after we left the shop.. I immediately spotted a sticker by Deluxo XYZ. As I was looking at it.. he recognized me and we chatted for awhile.. Small world. 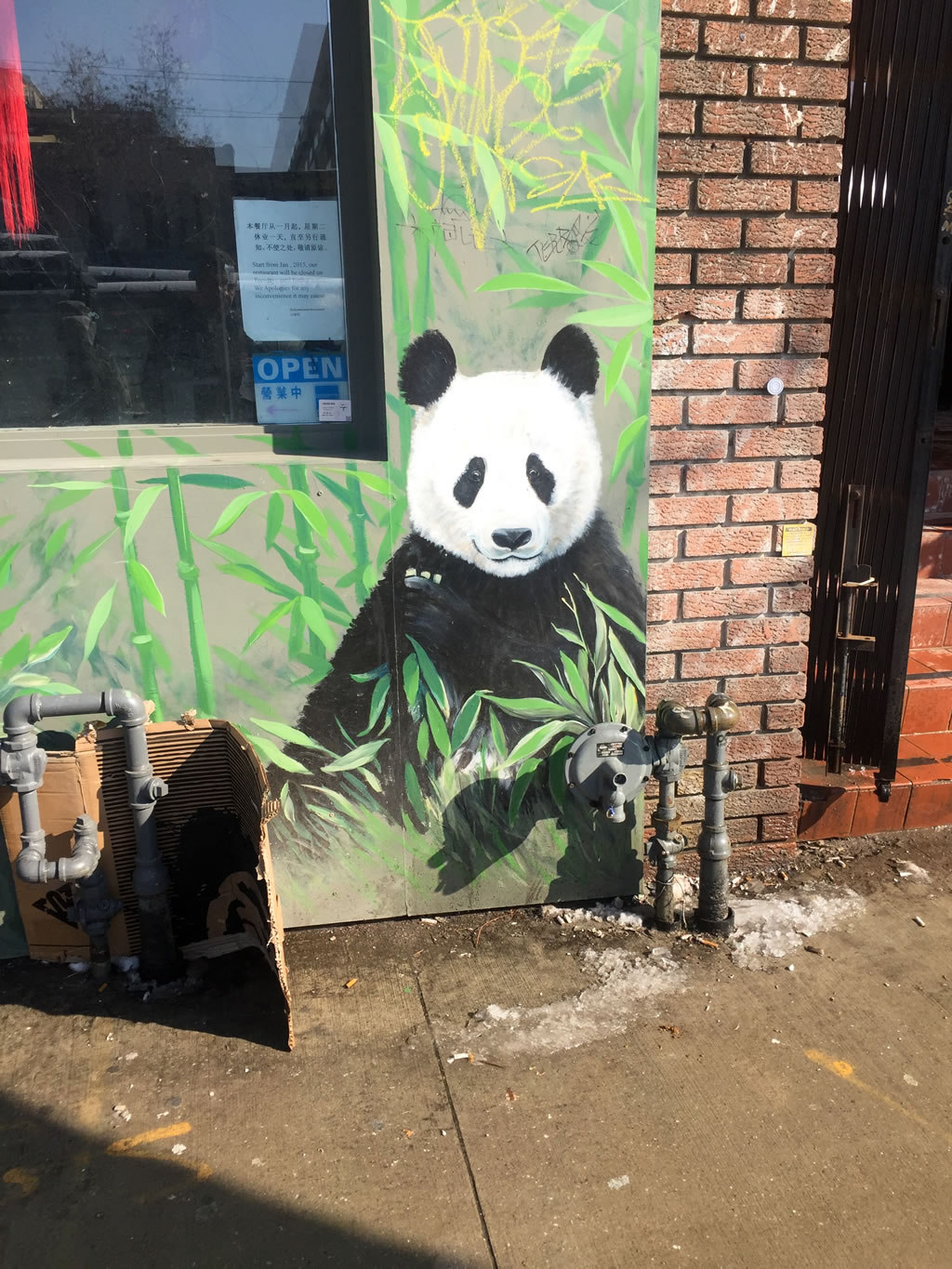 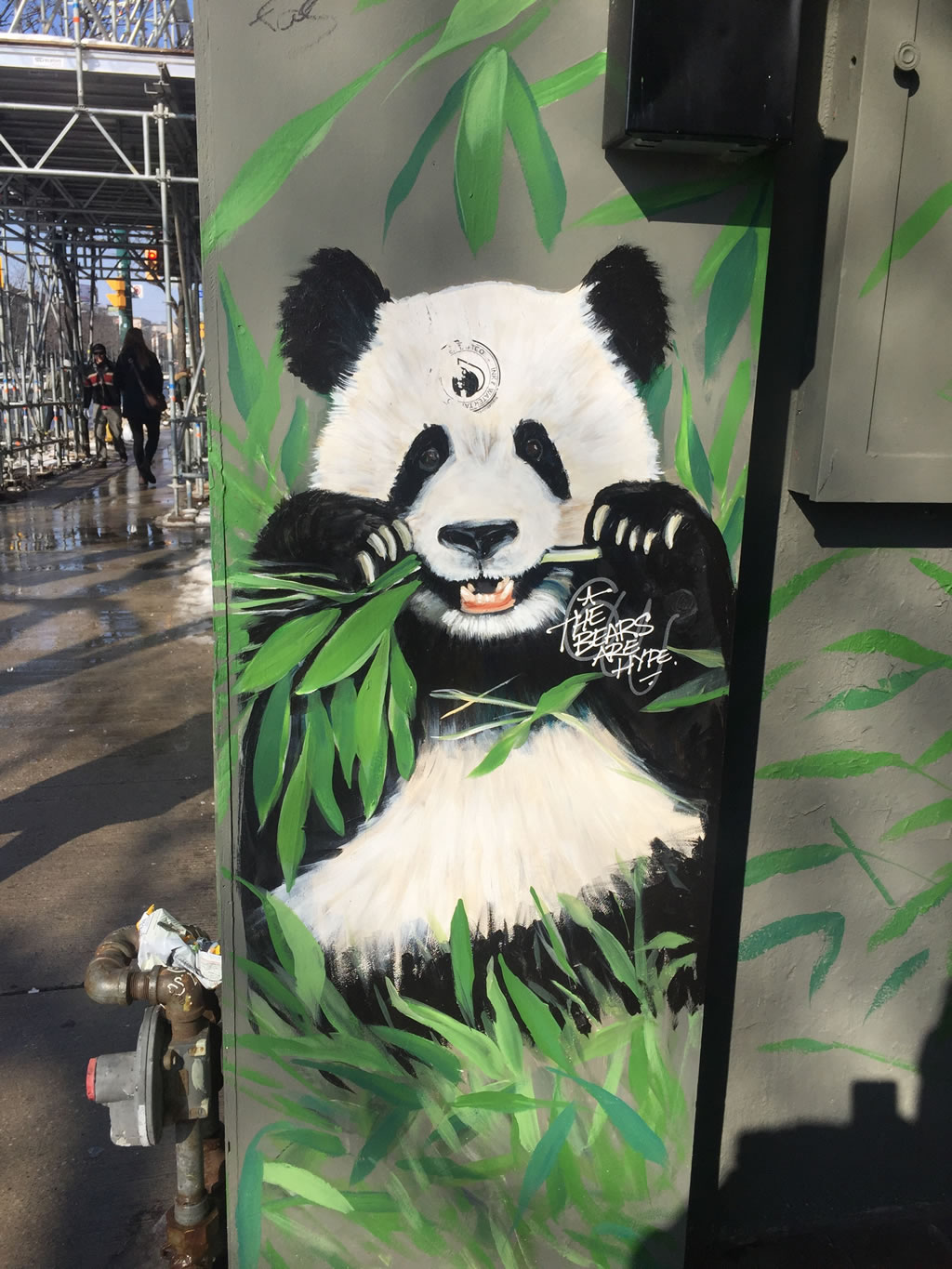 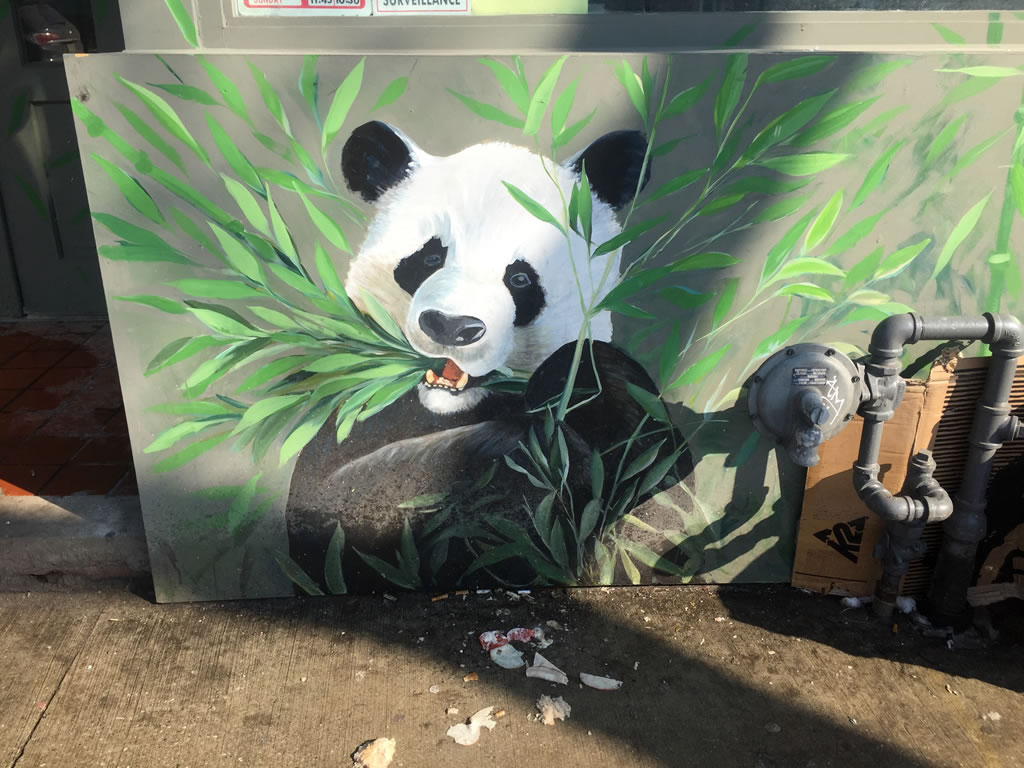 Then, later on down Spadina we passed this MuraL BY @muralsbymarg. It’s pandas outside a Chinese food restaurant. 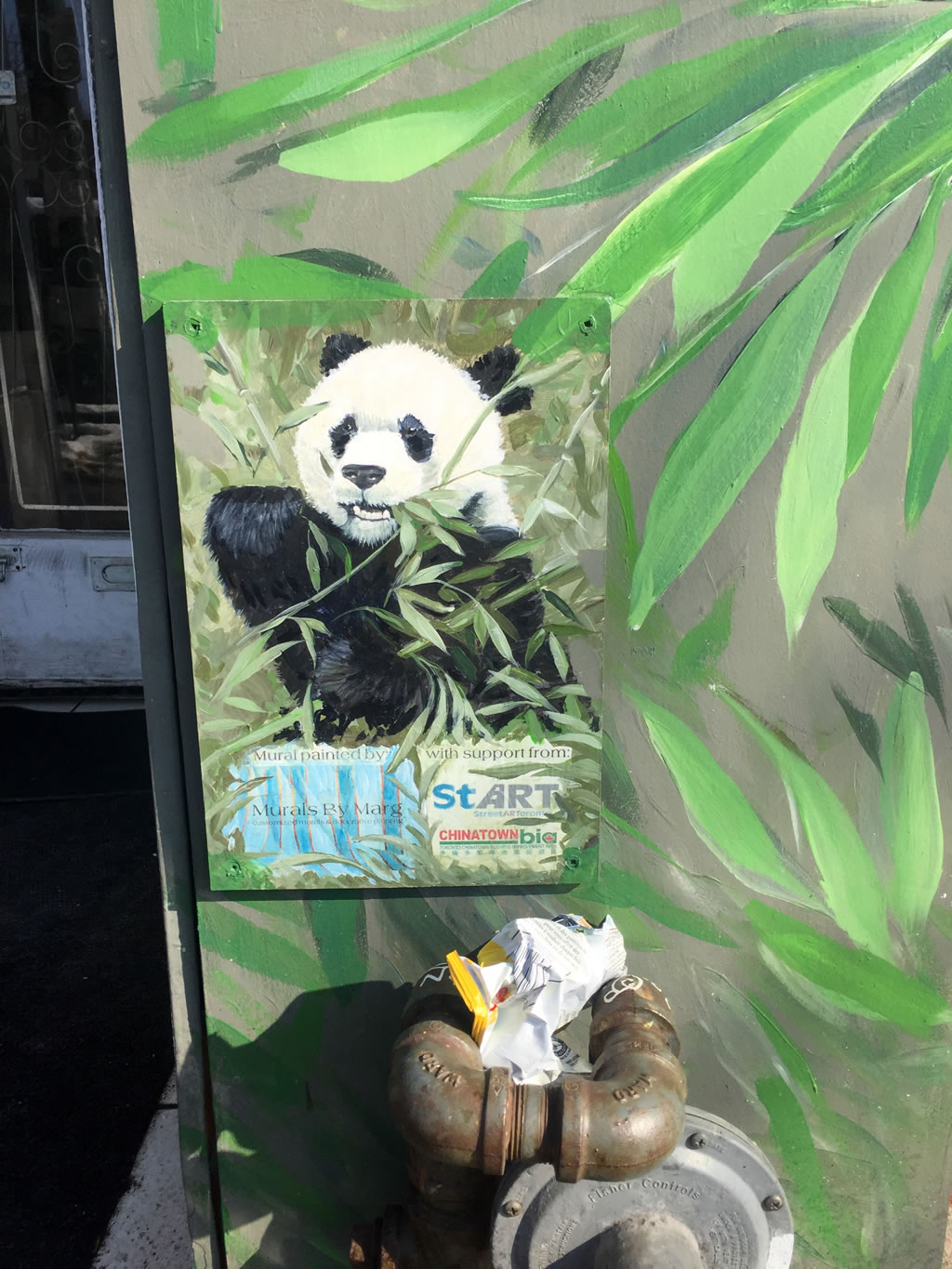 From her account it looks like it was done back in June of 2017. It was sponsored by StartArt Toronto and the Chinatown BIA. 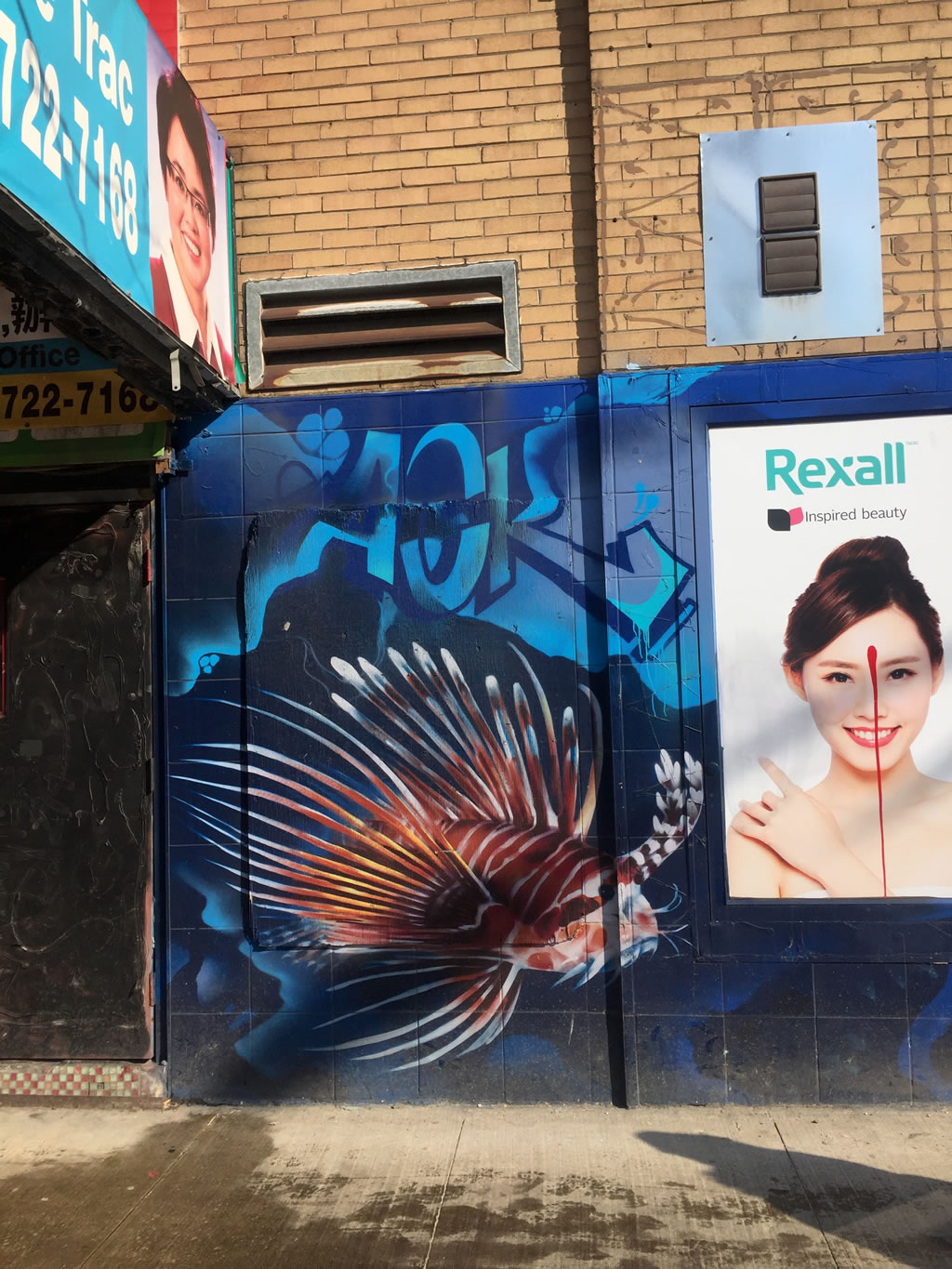 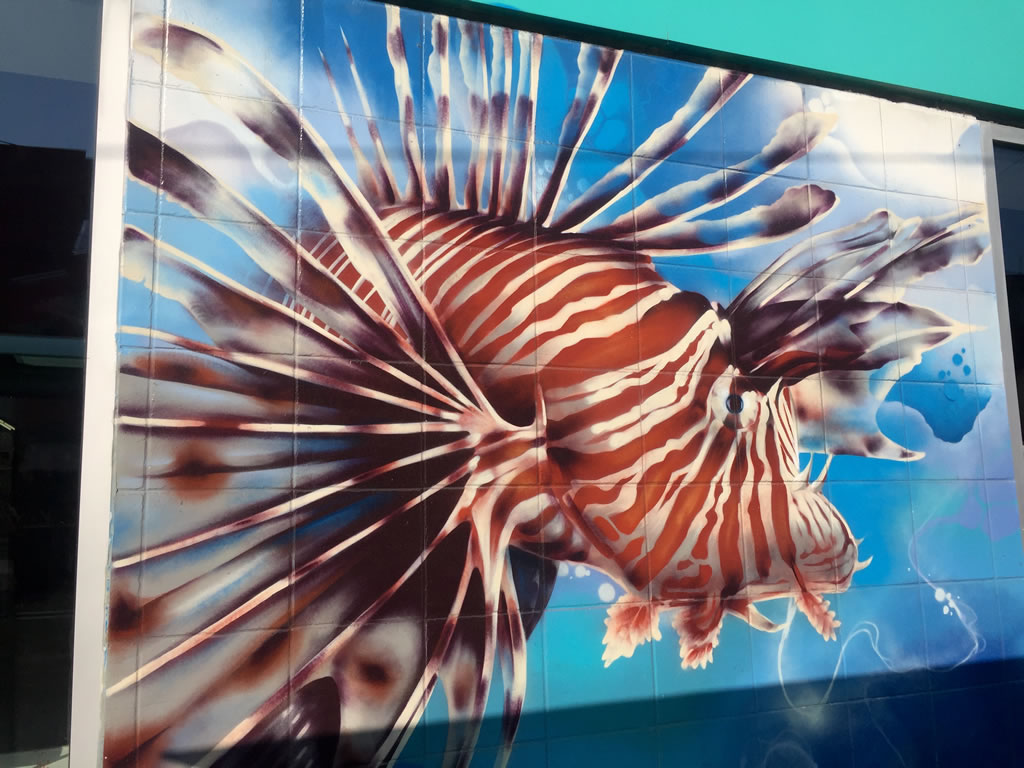 Later we passed the outside of a Rexall pharmacy that had the artwork of Nick Sweetman and Mr. Tensoe on it. Looks like that was done back in August.

Then we saw this by Uber5000 outside a copy shop. 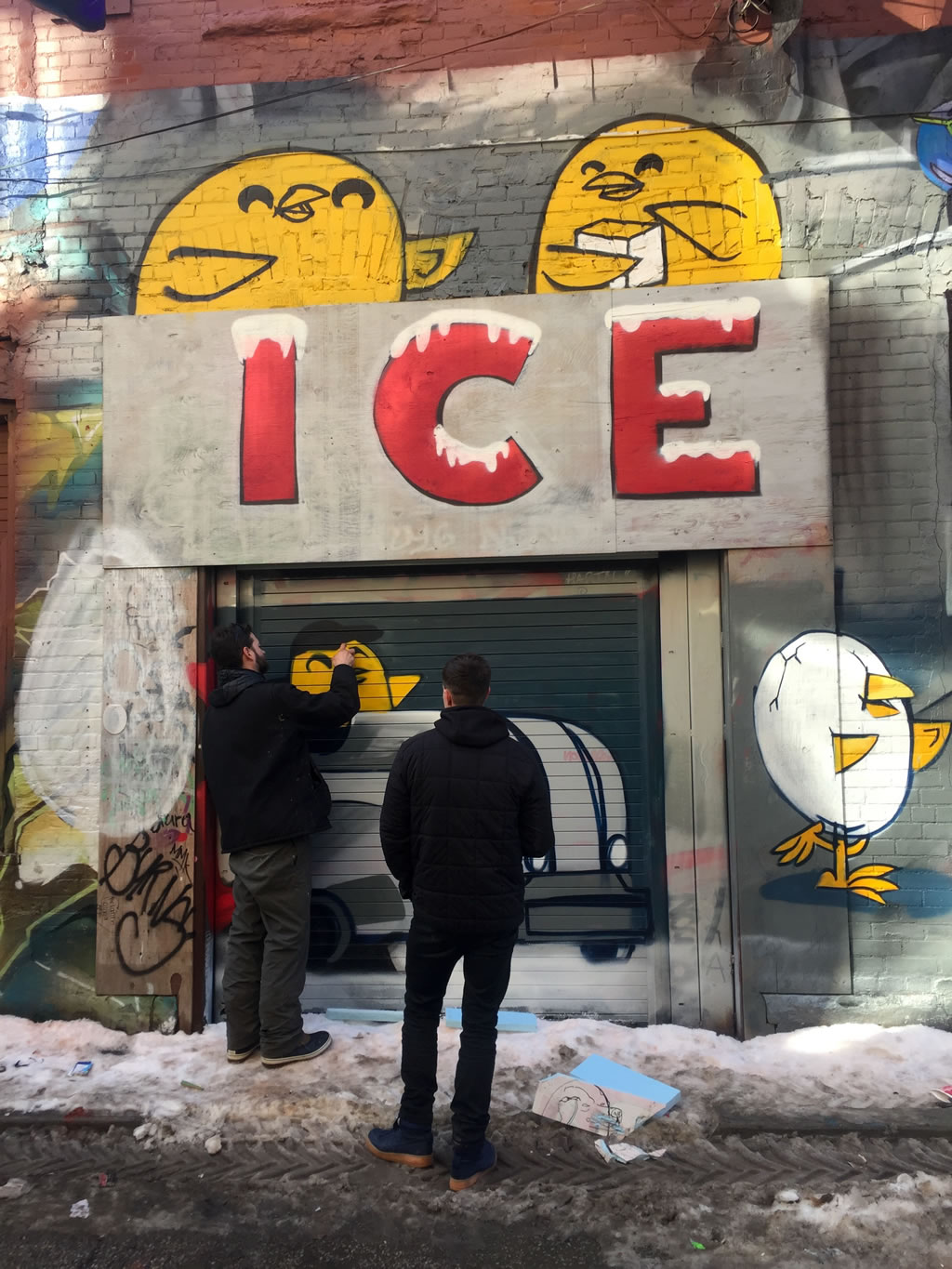 Then we saw Uber5000 working on his new mural. Here we see him talking to Ben Johnston.
They are working on a new project for Toronto Tourism. 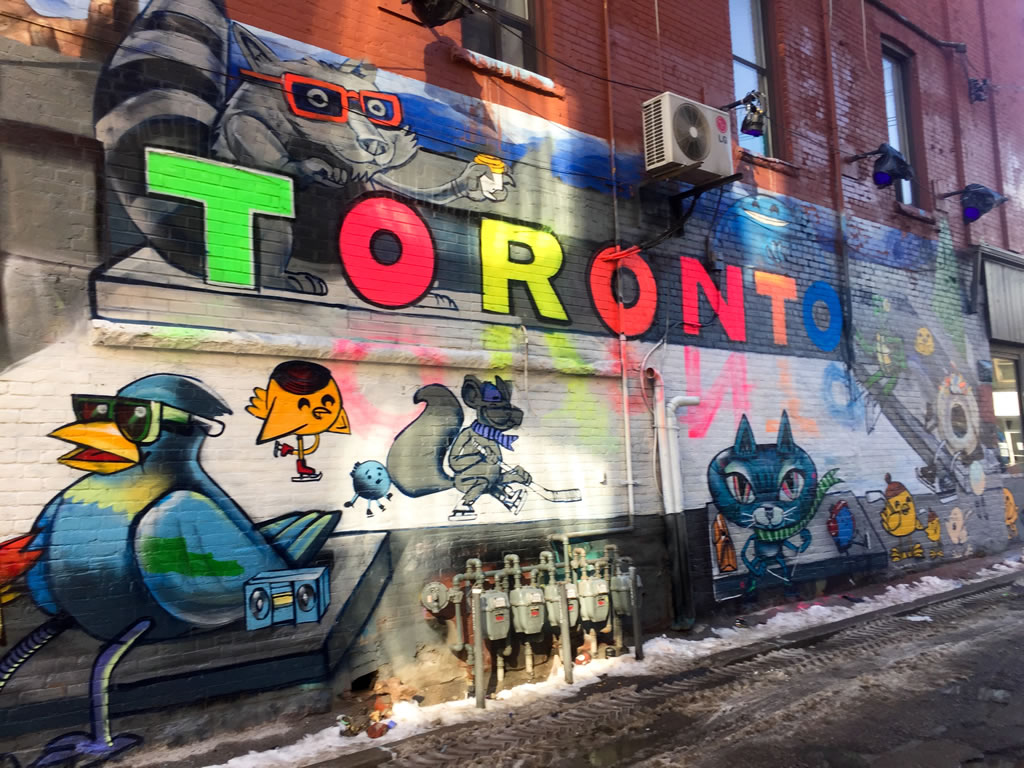 They said that Graffiti Alley was the most popular tourist destination and that was what this mural was for. Ben Johnston is doing another mural that I will check out later. 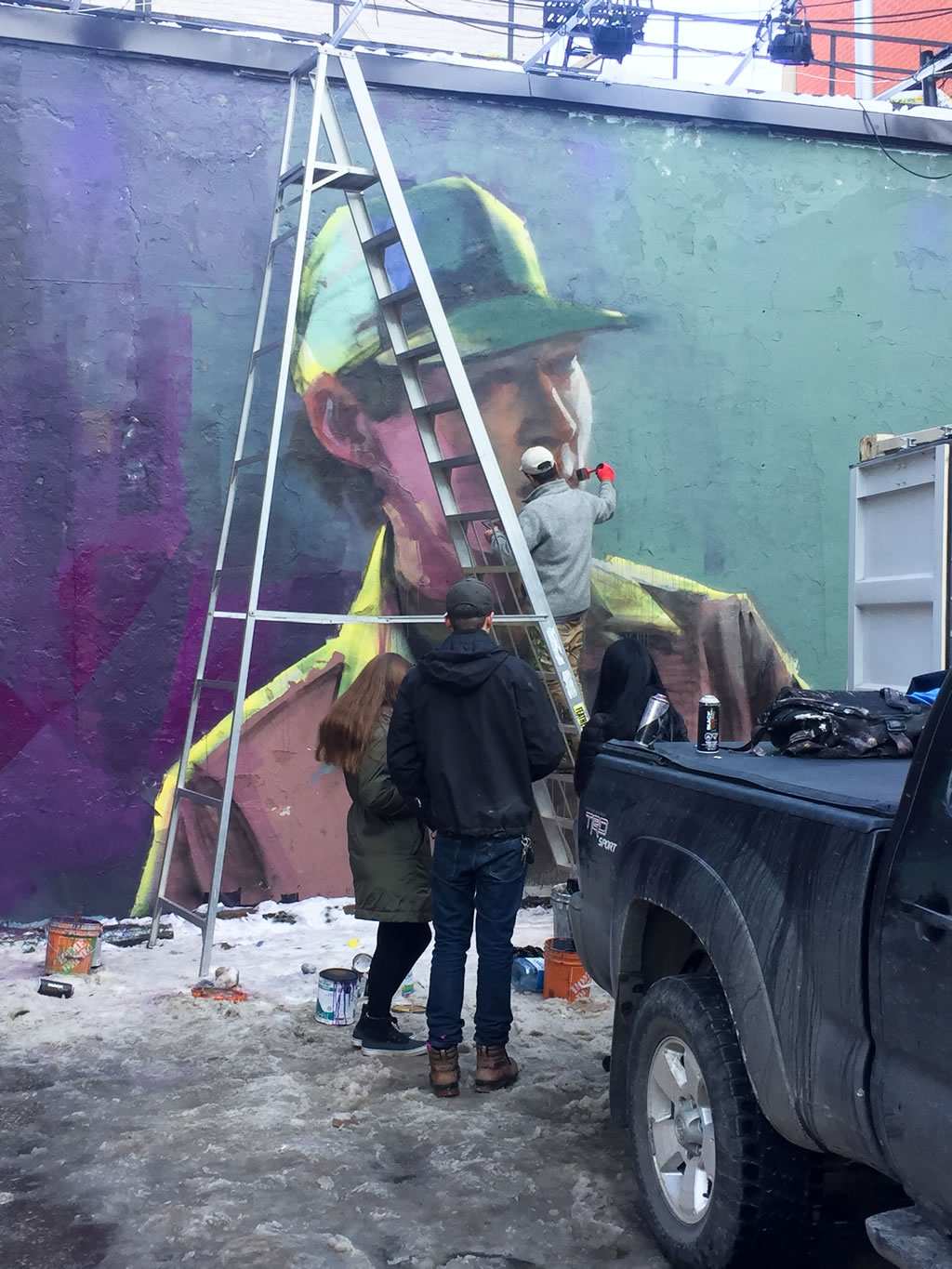 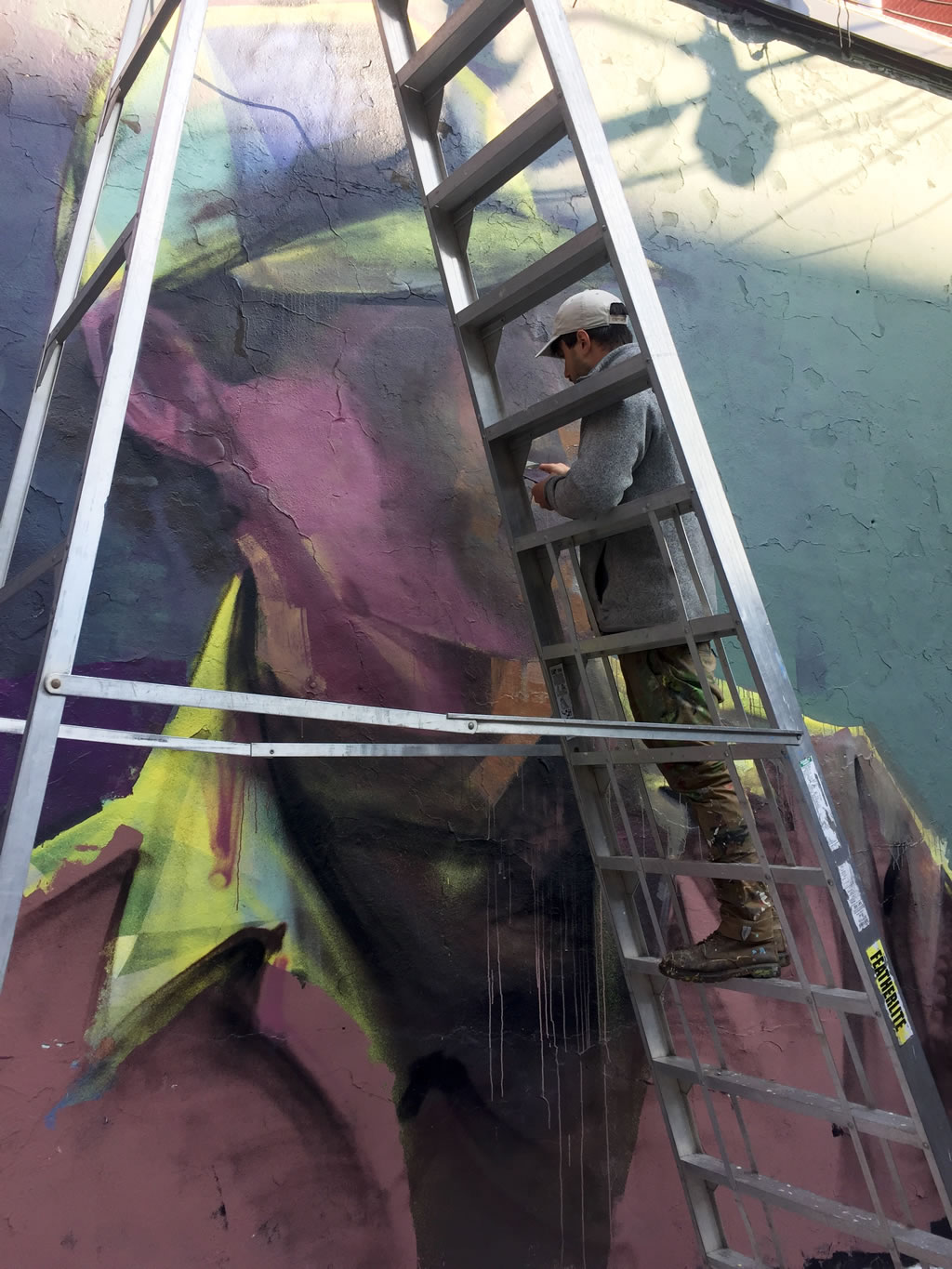 I’ll post the final artwork ! They all look amazing already.

This was the artwork that was there before. 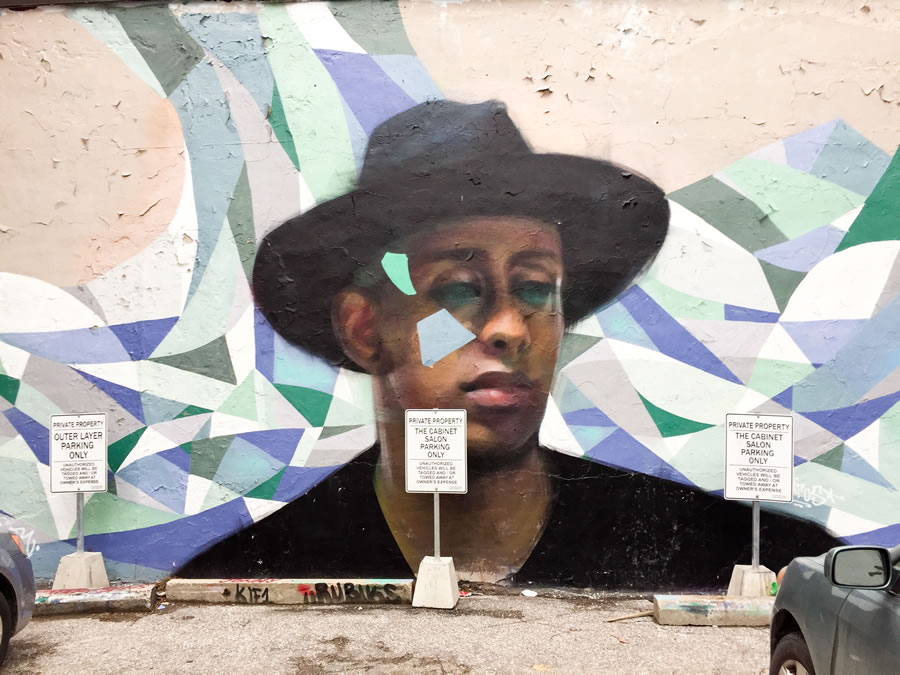