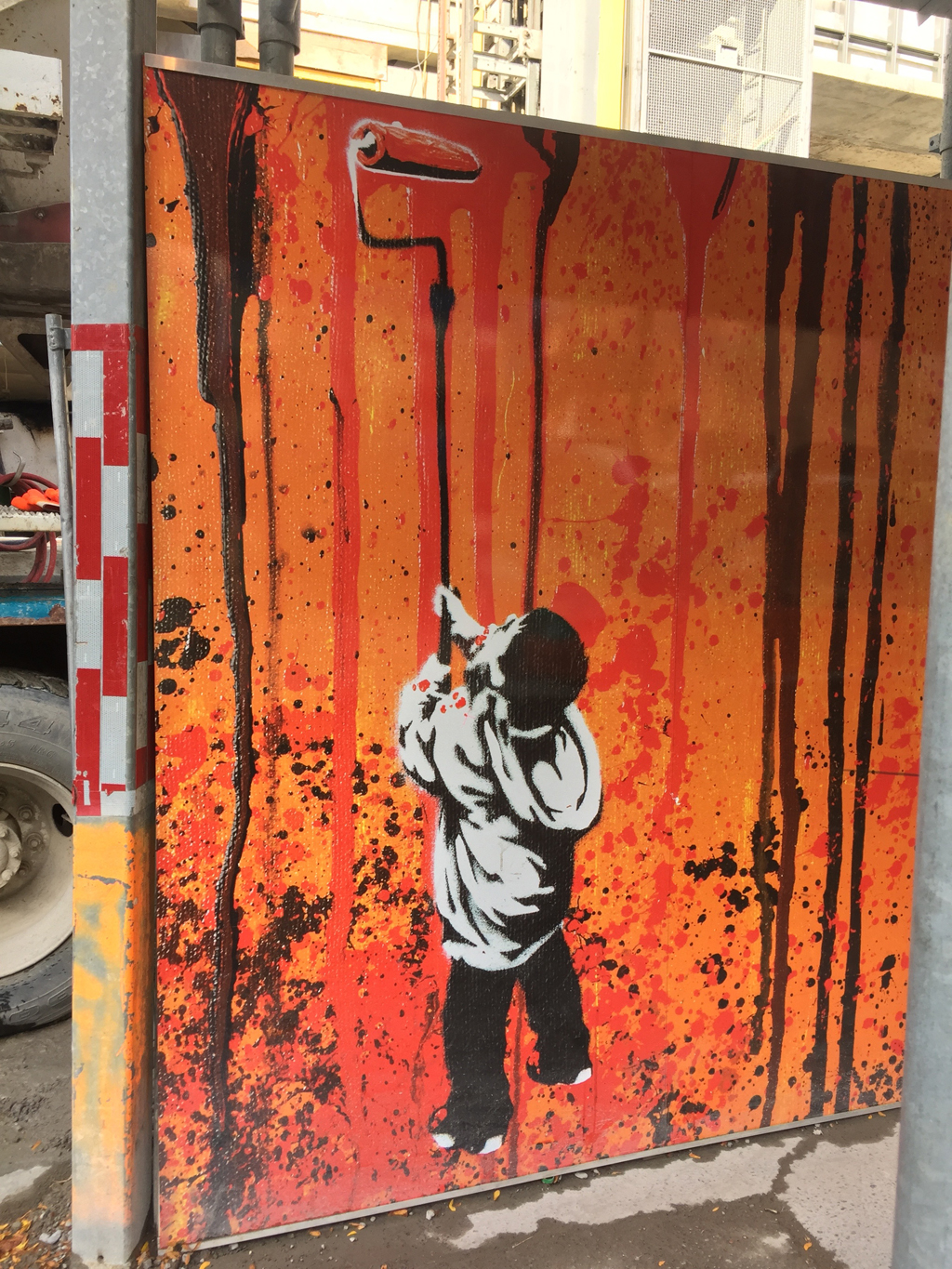 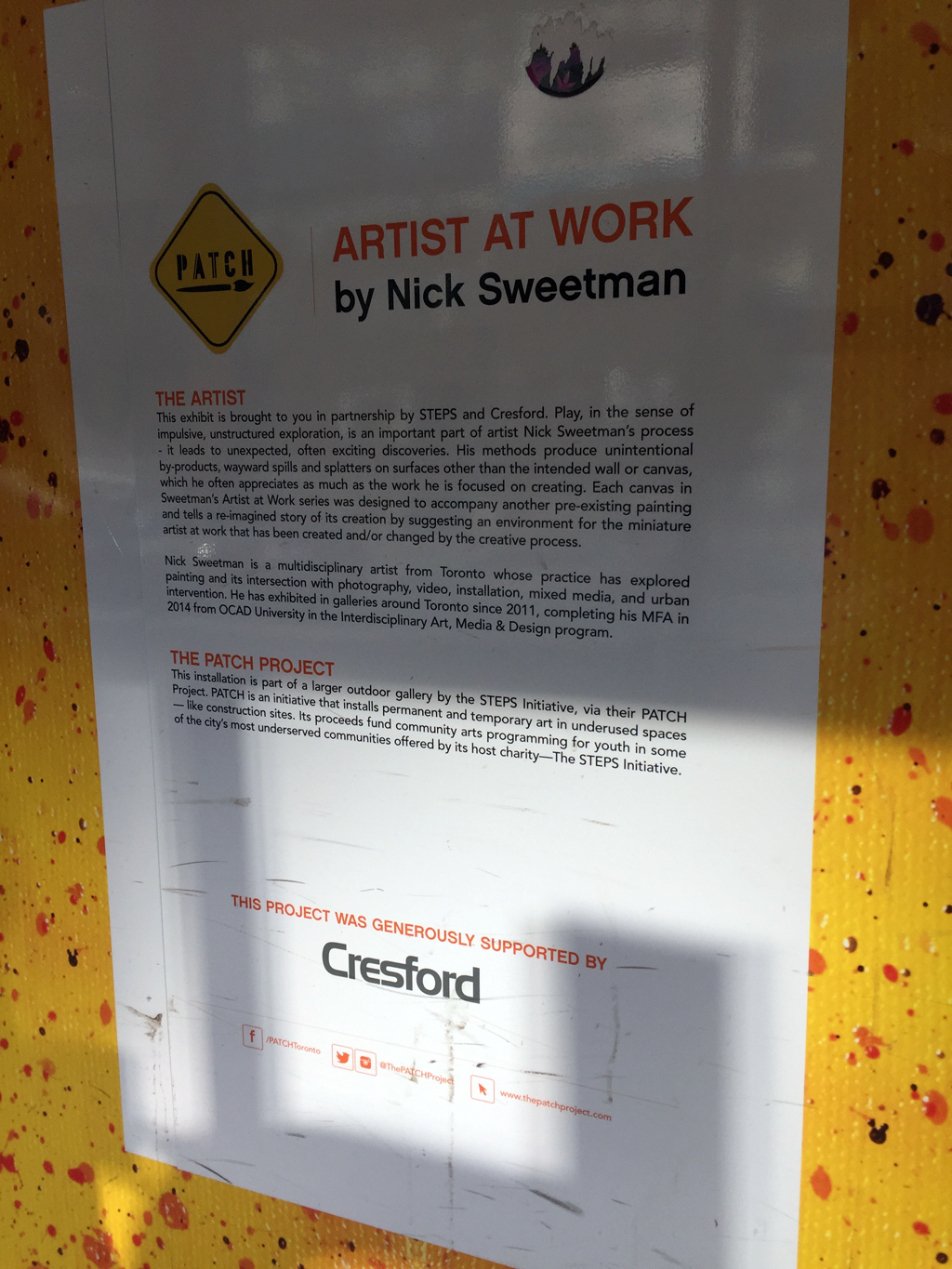 Found this Nick Sweetman temporary art piece at a Construction site on Wellesley. This artwork is on both sides of the condominium development that used to once house a St. John Ambulance building. Developers have been trying to build on this stretch for decades and have through their persistance finally got their way.

A lot of construction sites carry that “Post No Bills” message on them which, doesn’t stop anyone from posting bills. Because there are so many constructions sites downtown these days.. Steps Intiative started what they call the Patch Project. “..initiative that installs permanent and temporary art in underused spaces – like construction sites.”

This is the second by Nick Sweetman at a construction site that I have noticed. He has another one that was unfortunately, damaged due to a car accident at Gerrard and Sherbourne.. just a few weeks ago. 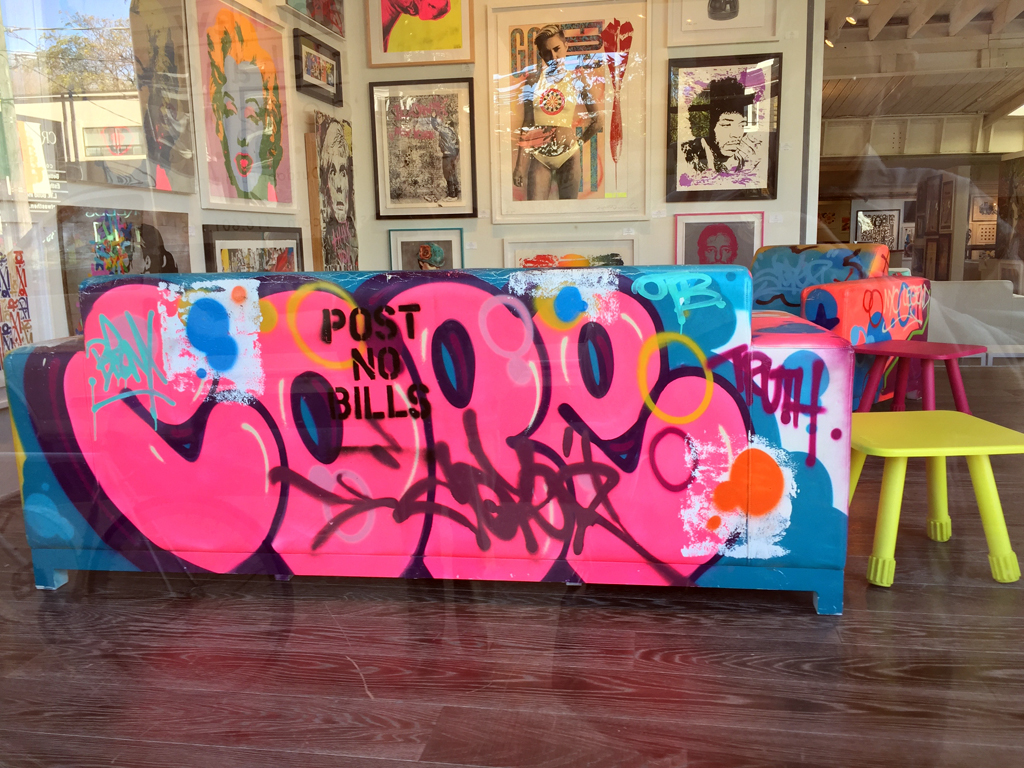 Speaking of “Post No Bills” I saw this ‘art couch’ at a gallery in Yorkville.. Very cool. 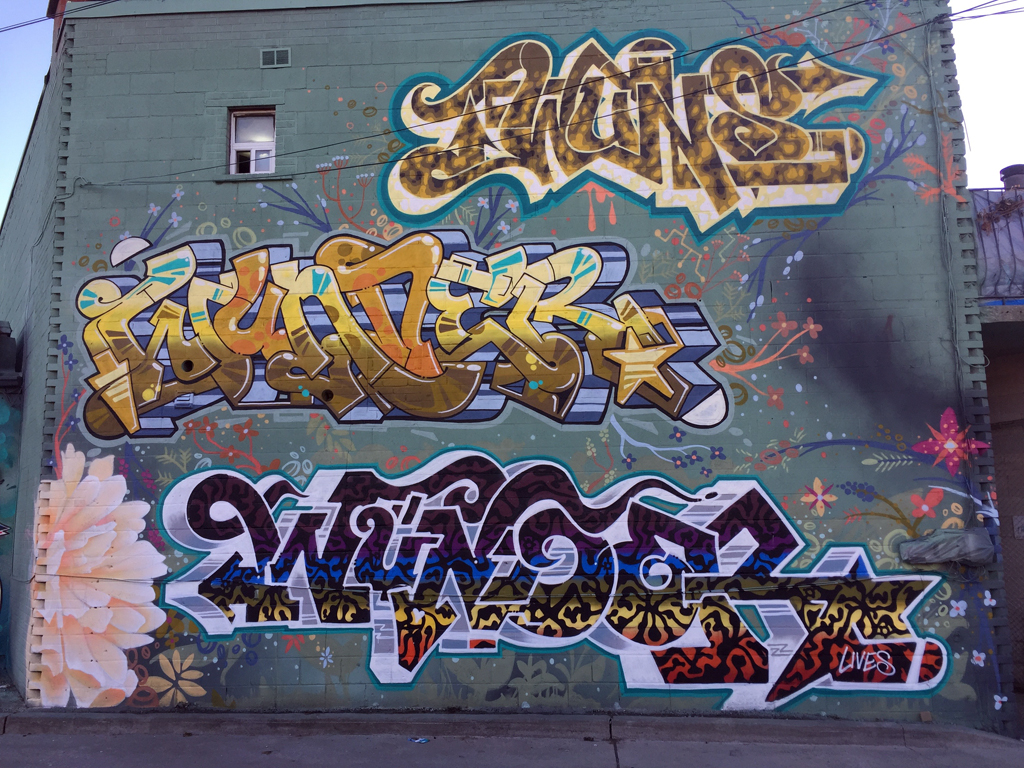 Alex Bacon got his start as a graffiti writer and has started to evolve into Street Art. This is a really huge mural project with many writers paying their respect to their deceased friend. Its very moving once you realize what’s behind it. Alex said that this was a mural project called “St. Clair Gardens” one that Wuns was supposed to complete before his death this year. His friends have turned this project into a tribute to him.. which I find very moving. I will check back on this as he said would take two weeks to finish 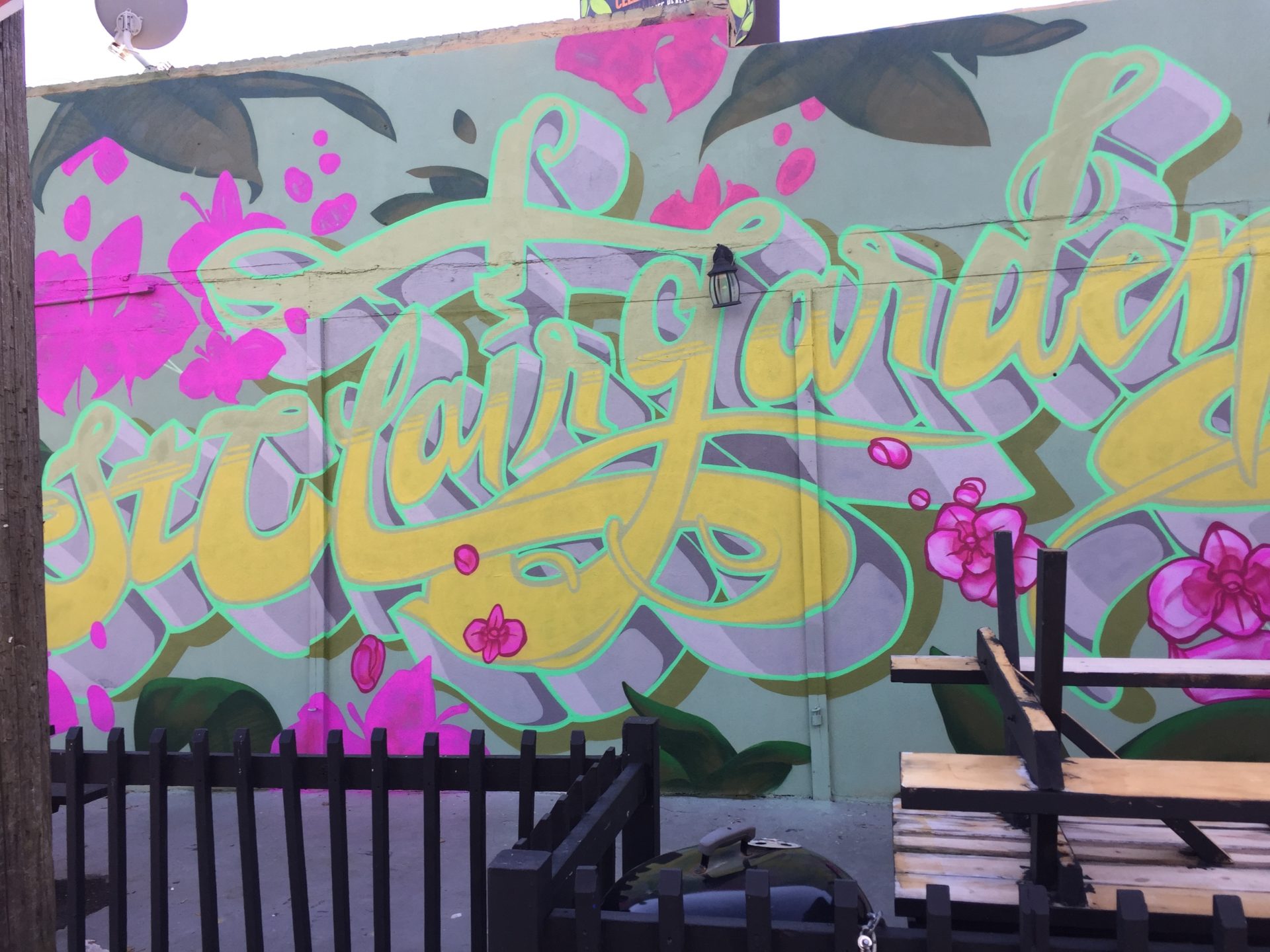 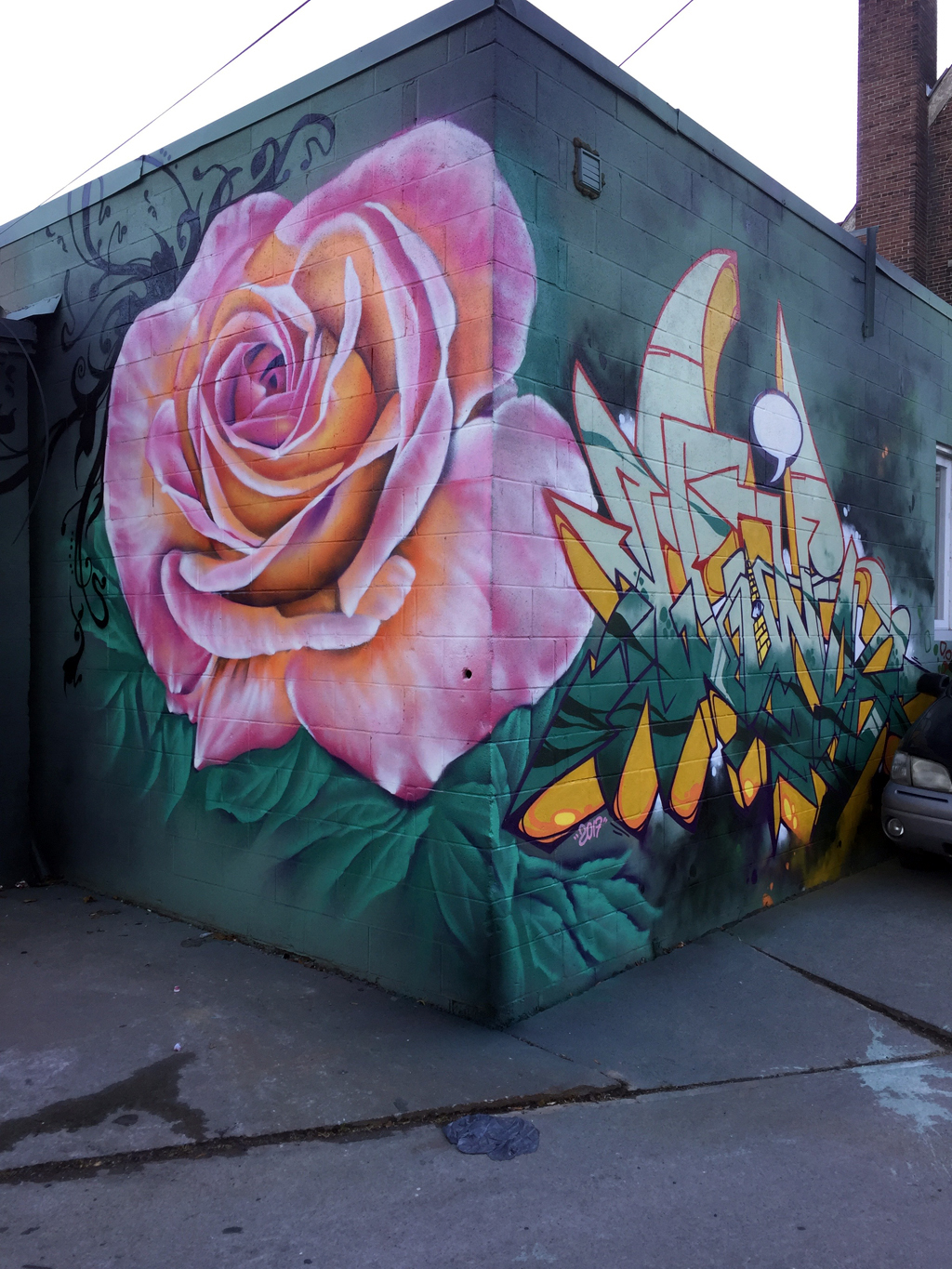 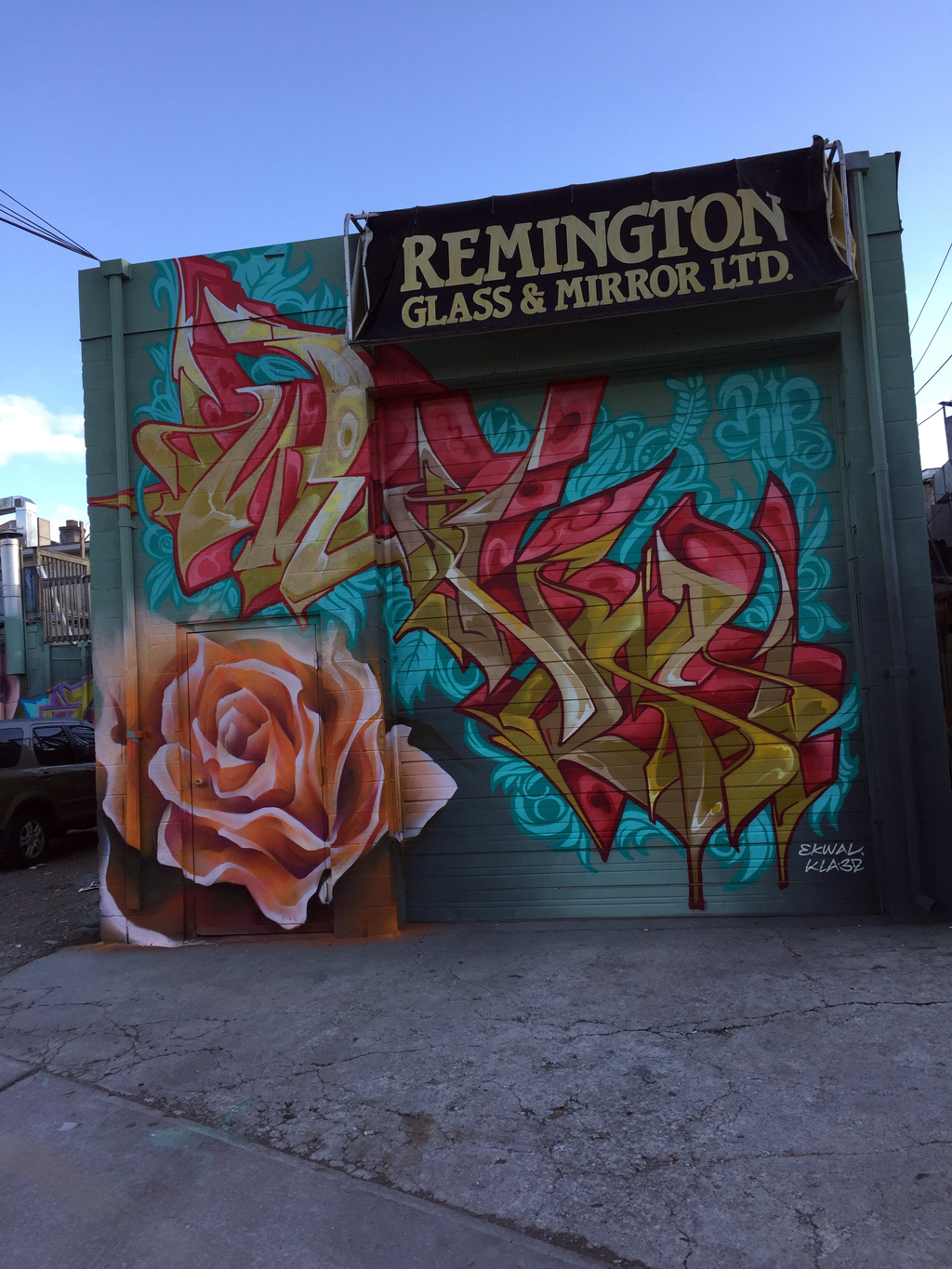 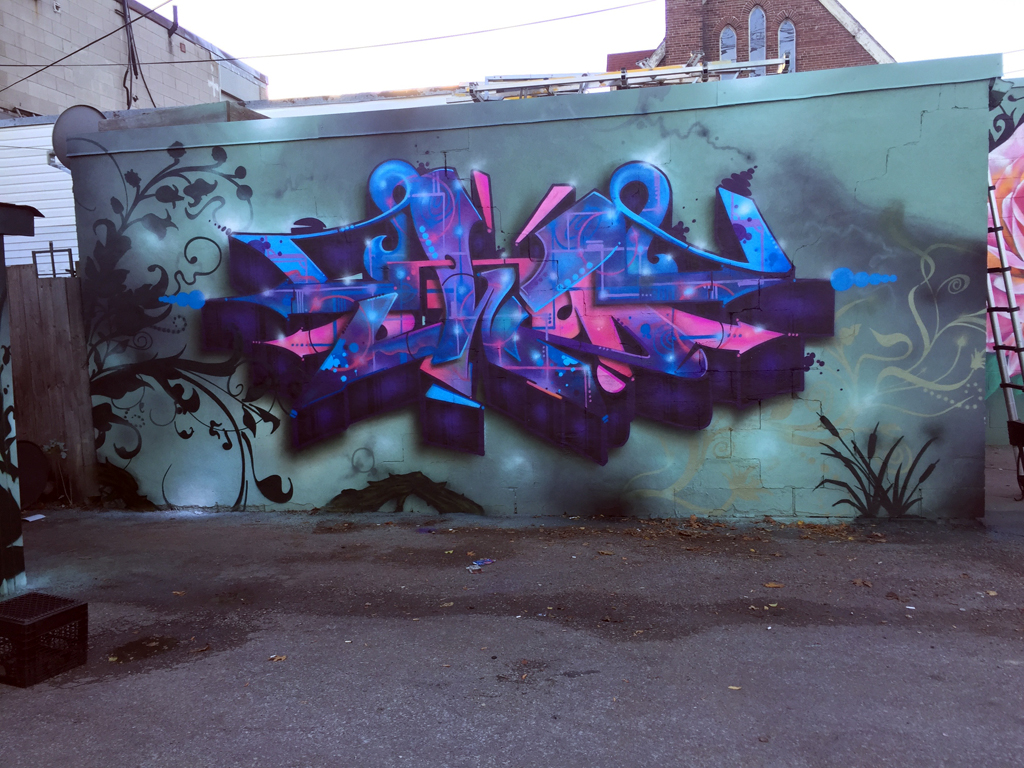 Here you can see Alex Bacon tieing all these graffiti burners together with his signature flowers. 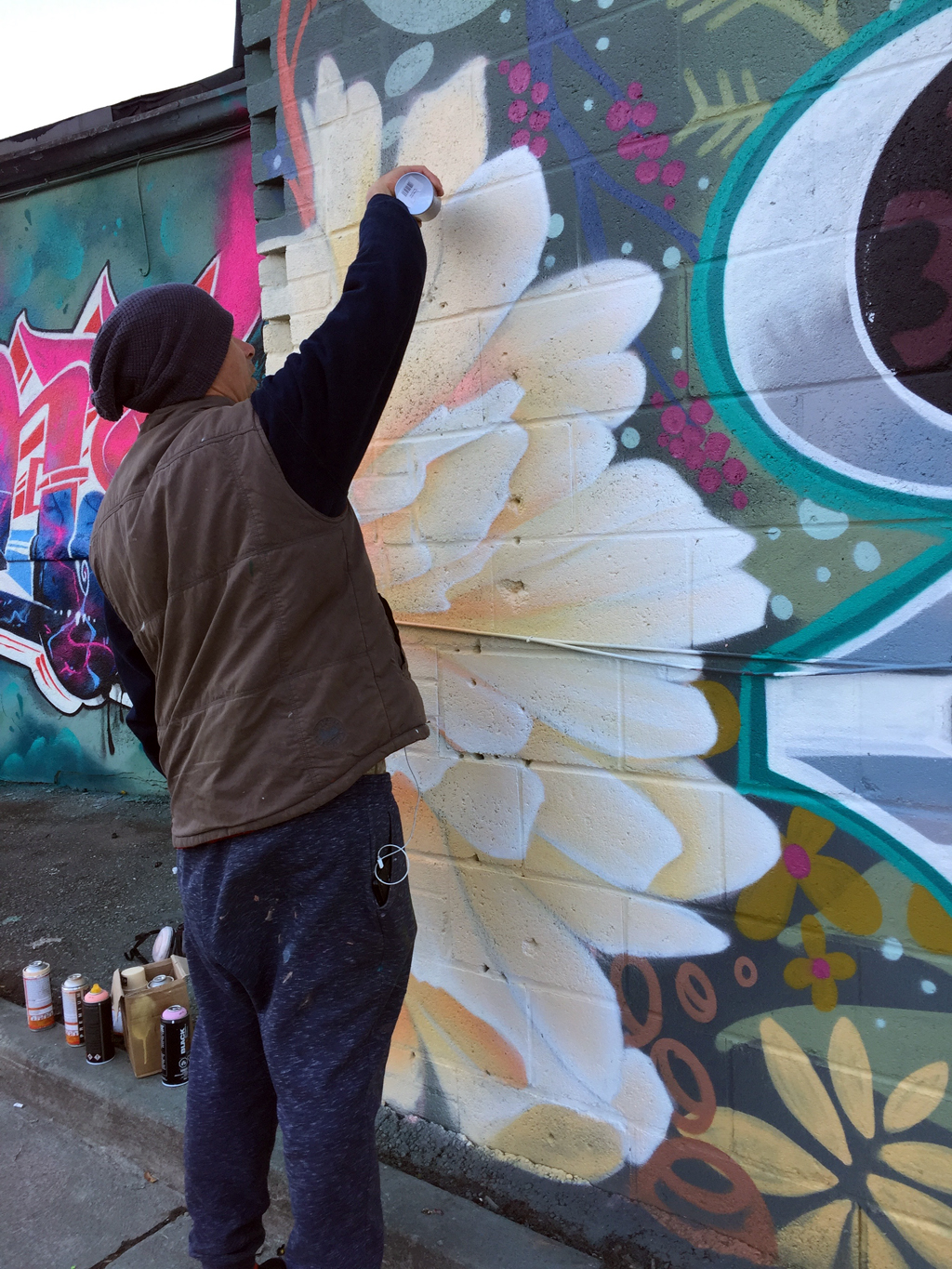 Anyway.. because I honestly don’t know as much about the Graffiti Scene as I do say the Street Art scene. He suggested that I watch this documentary from 1983 called Style Wars.

I did watch the entire thing.. Even though its over 30 years old it explains the graffiti scene very well and what motivates graff writers to do what they do. Definitely worth a viewing.

Not So Great Photo of Great Art 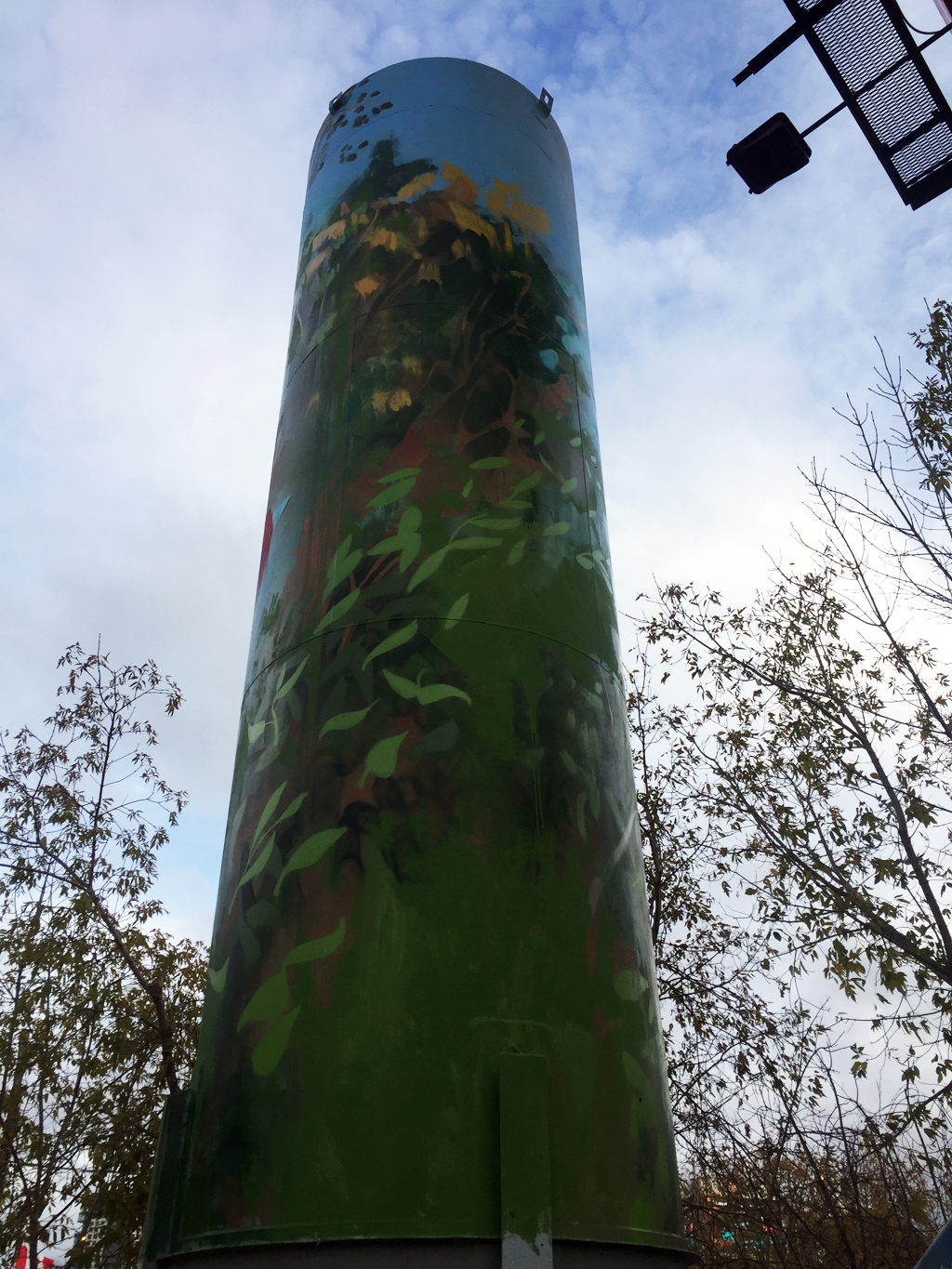 On Saturday I got to speak with Young Jarus for 30 or 40 minutes after he completed his latest artwork on a silo. I will do a separate post for that. He’s really interesting as well.