Nick Sweetman Whale Shark Mural for Wall Expression street art graffiti project. He was apart of a group of artist who were working on assorted garage doors 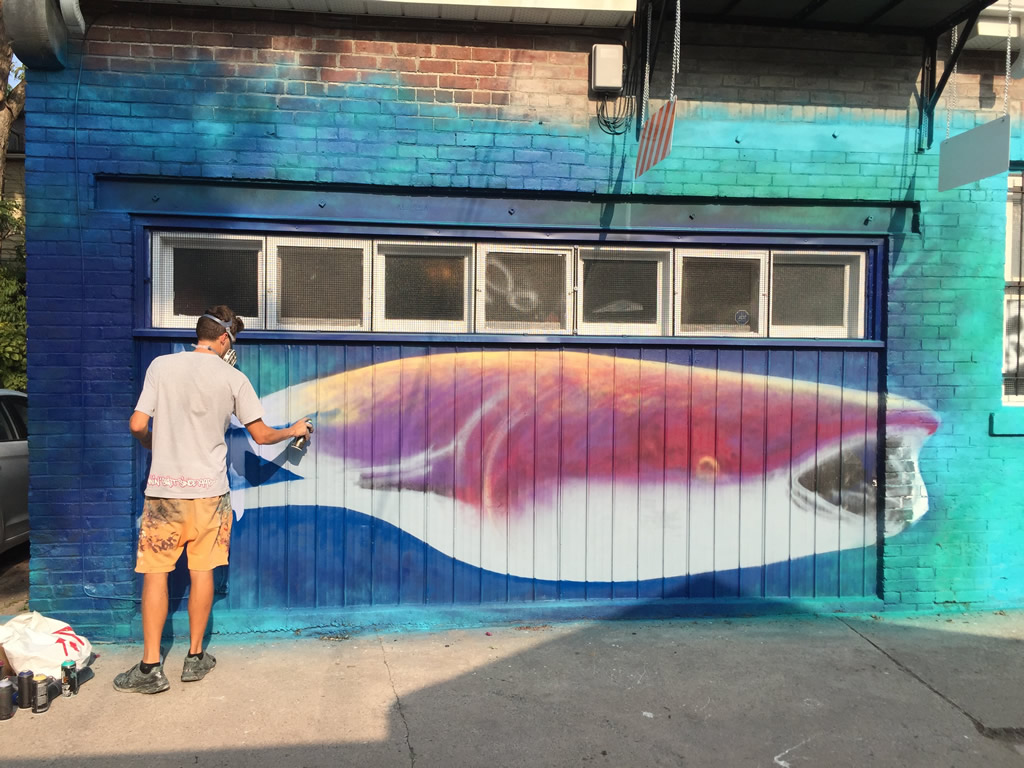 From last weeks laneway project “Wall Expressions” where 40 artists worked in the sun over the entire weekend.

I got the scoop that they were going to be working in this alleyway the Friday before. I wasn’t sure if I would trek back down this way. Since, summer has finally kicked in I figured I would check it out.

I only spoke to a couple of the artists.. mostly because they are so focussed on their work that I wouldn’t want to disturb them

Managed to see @nick_sweetman again working on a new mural. The last time I saw him was working on a lift on some of the hottest days last year.

I watched him for awhile.. but after you are staring at someone working on their art.. its just feels a little odd as a spectator. He had headphones on and he was working from what looked like a picture that he was using for reference. Interesting to see. 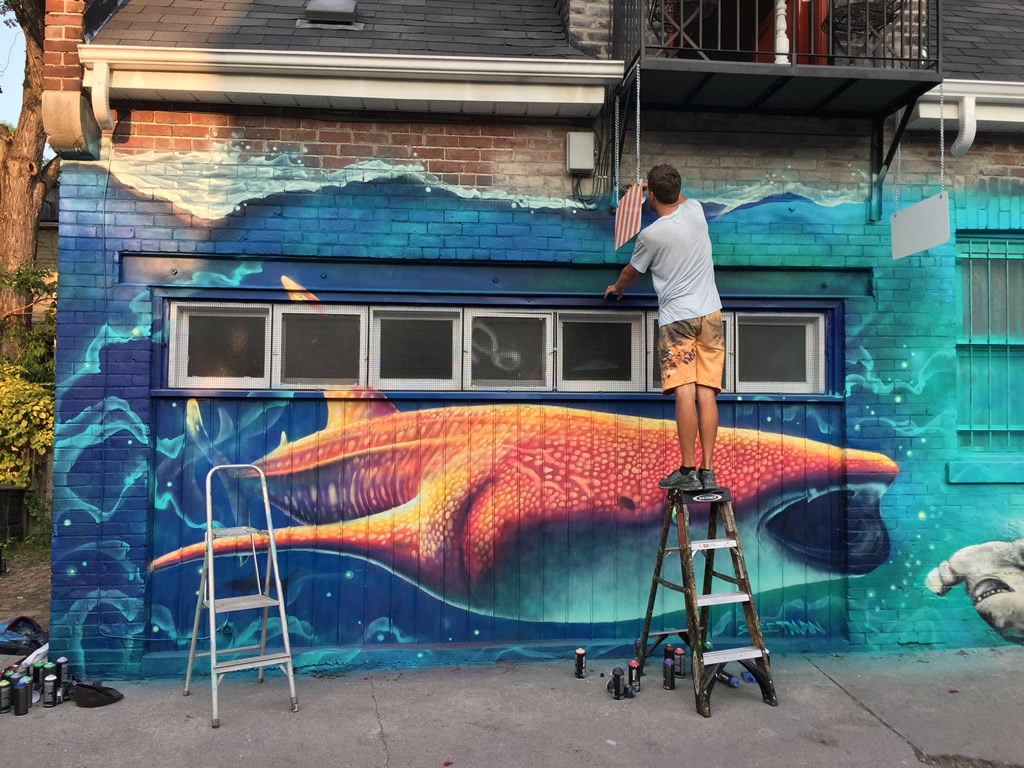 The first photo is from Saturday the 16th and the bottom from Sunday the 17th. Its amazing how quickly the artists can work of some of these murals.

On his account.. he said he attend the memorial for Rob Stewart.. and he watched the film about his dedication to the oceans. He writes some very nice words on his account – here is an excerpt “I wanted to paint a whale shark after seeing Shark Water for the first time, a documentary by Toronto’s own Rob Stewart who passed away this year while filming Shark Water 2. ” –

Read the rest on his account.. its very interesting how he was inspired to create this mural. 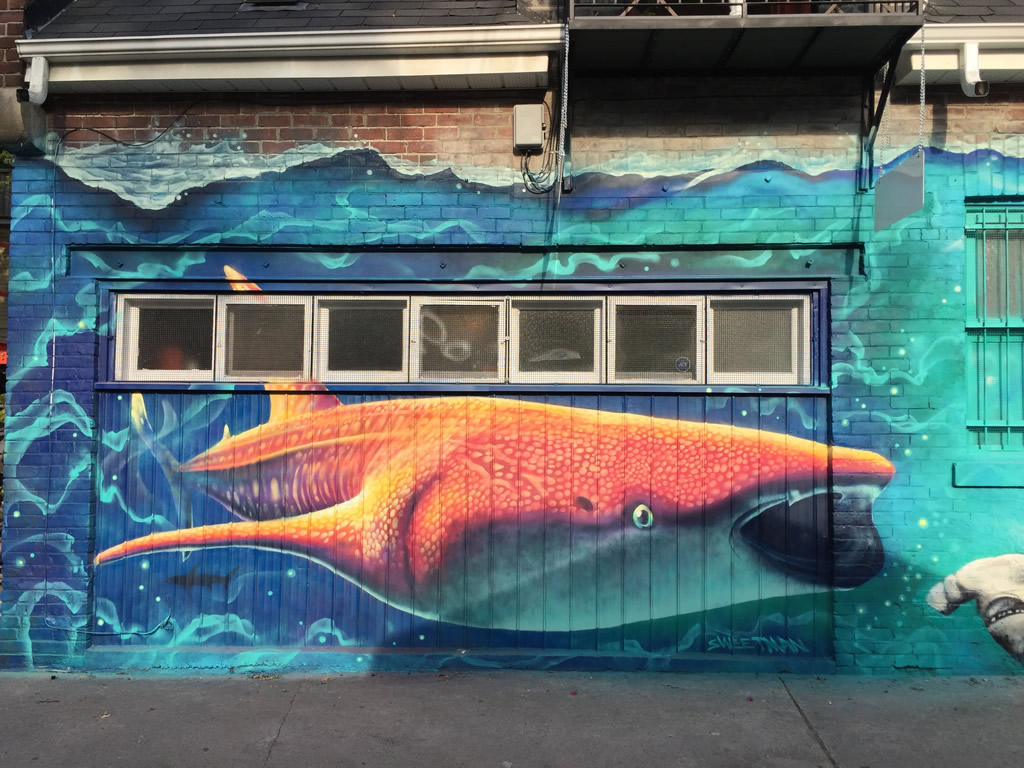