Wall Murals Captured in Autumn of 2015 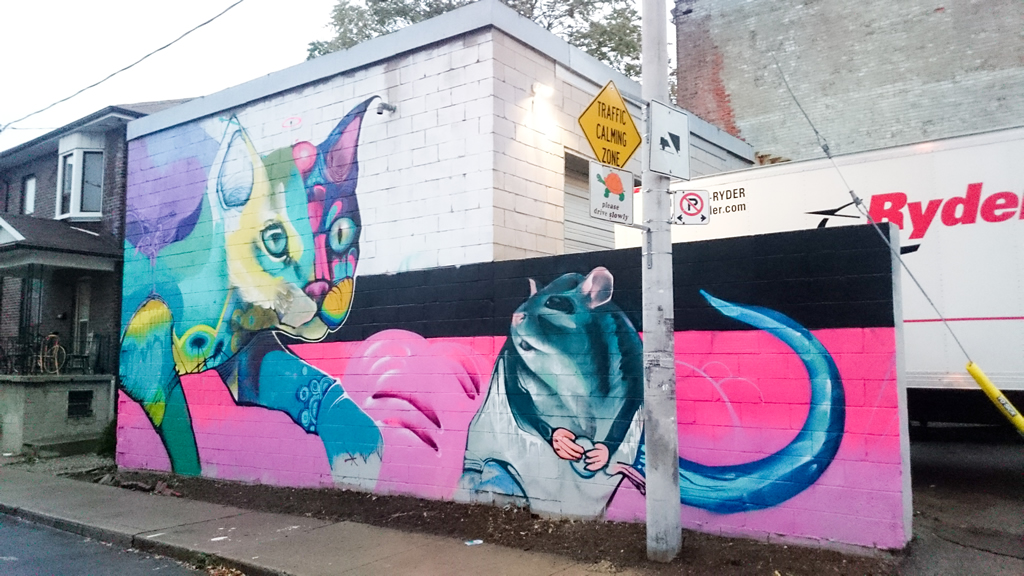 Mural with cat and mouse on Brock Street by The Half Decent aka – Johnny Cakes. 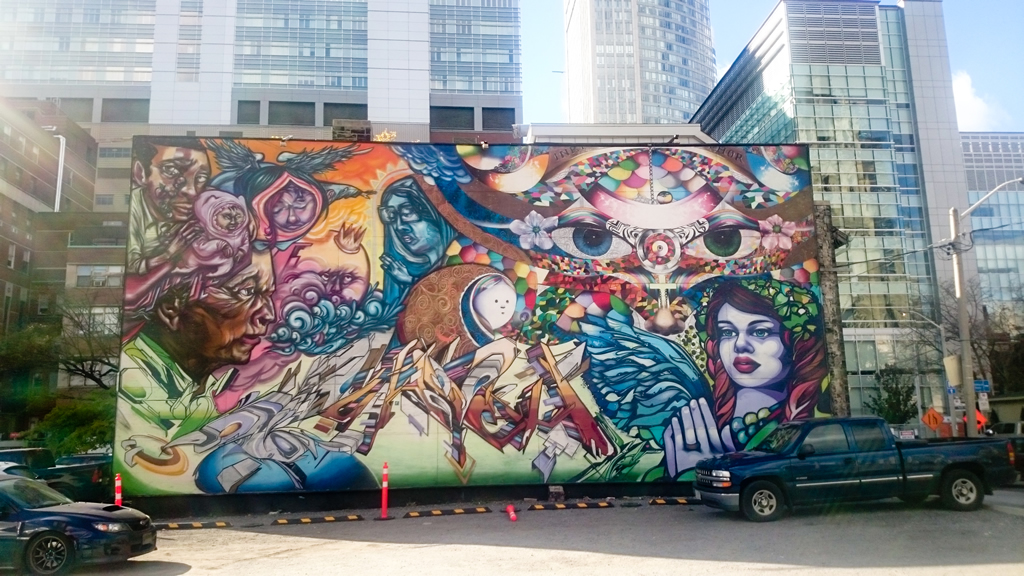 This picture of the Elicser Elliott mural in the parking lot was taken in October of 2015. 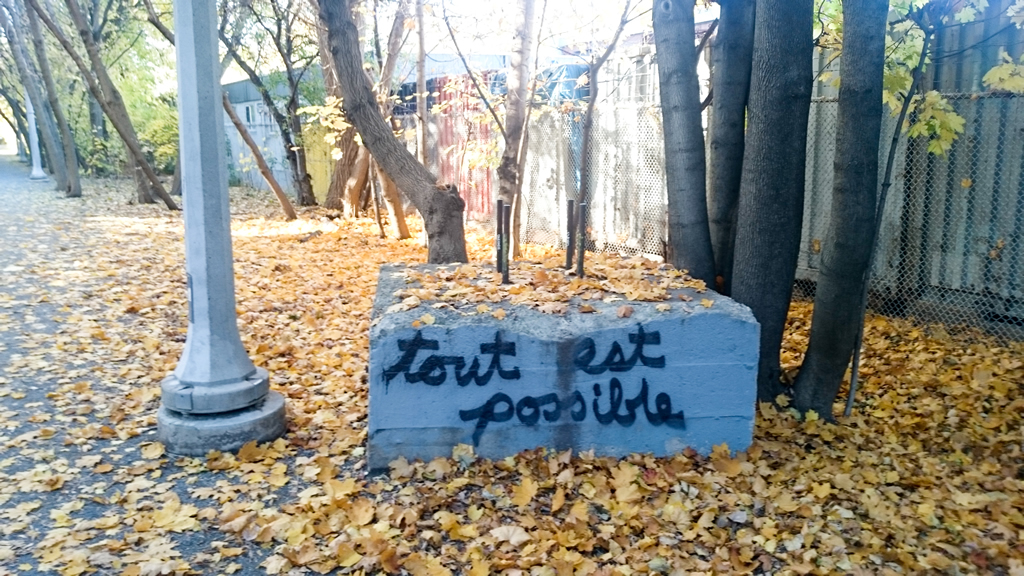 That Tout Est Possible tag is on the Kay Beltline Trail. Someone back in 2015 had been writing those words in that same script in different parts of the city. It loosely translates into “everything is possible” from French to English 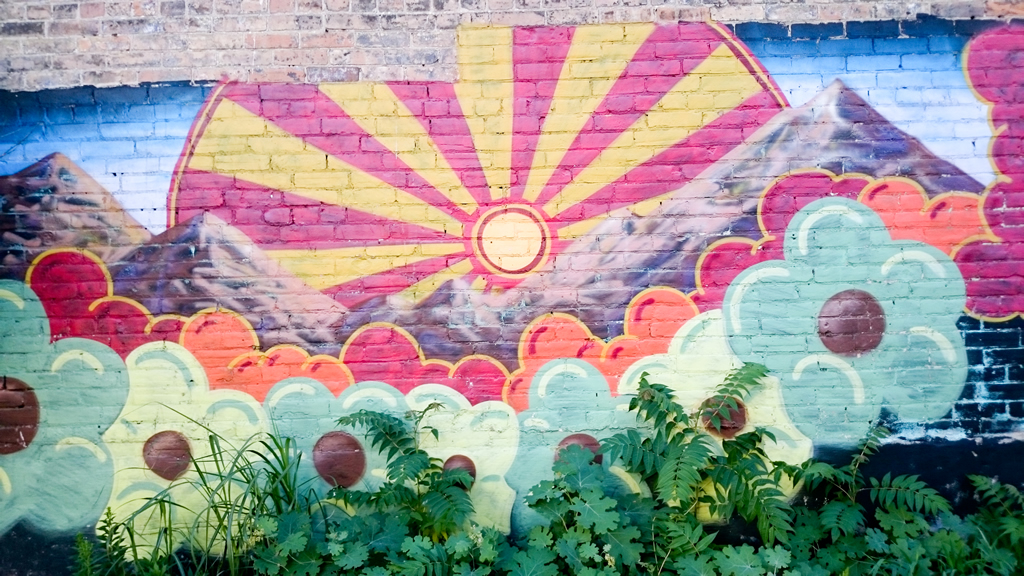 This photo of this wall mural is from November 2015 – unfortunately, it got tagged this year. Someone just painted black over it instead of repairing it. Its too bad it was a nice mural at the corner. Those are the colors that appear on the Tibetan flag. The area in Parkdale is home to a large Tibetan community now. 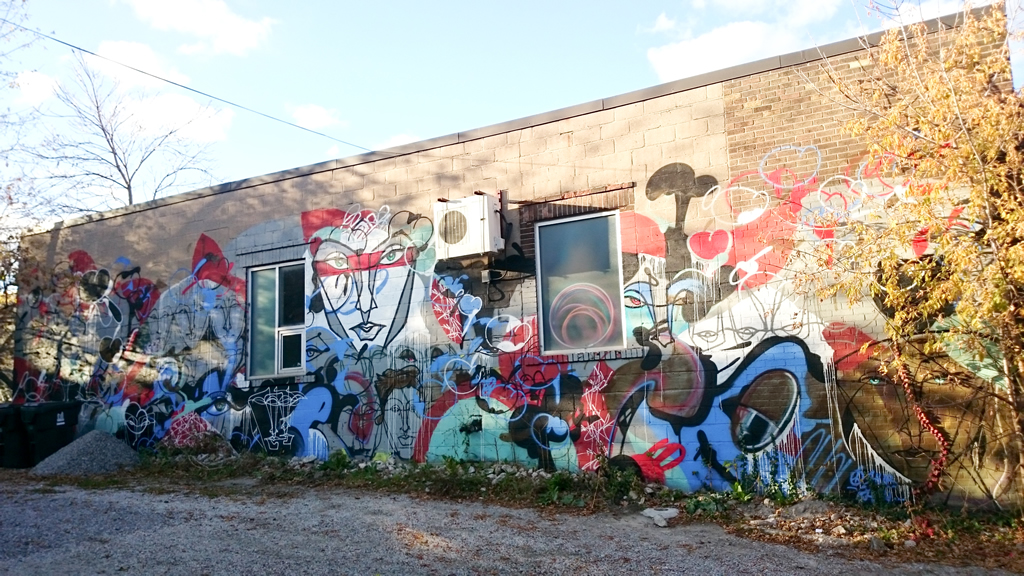 Wall mural collaboration with Ansermysteriousdate – with that familiar face and Pascal Paquette with his distinctive design. This photo is also from November 2015 – the wall mural is just around the corner from the Tibet mural. It’s still untagged since this picture was taken. 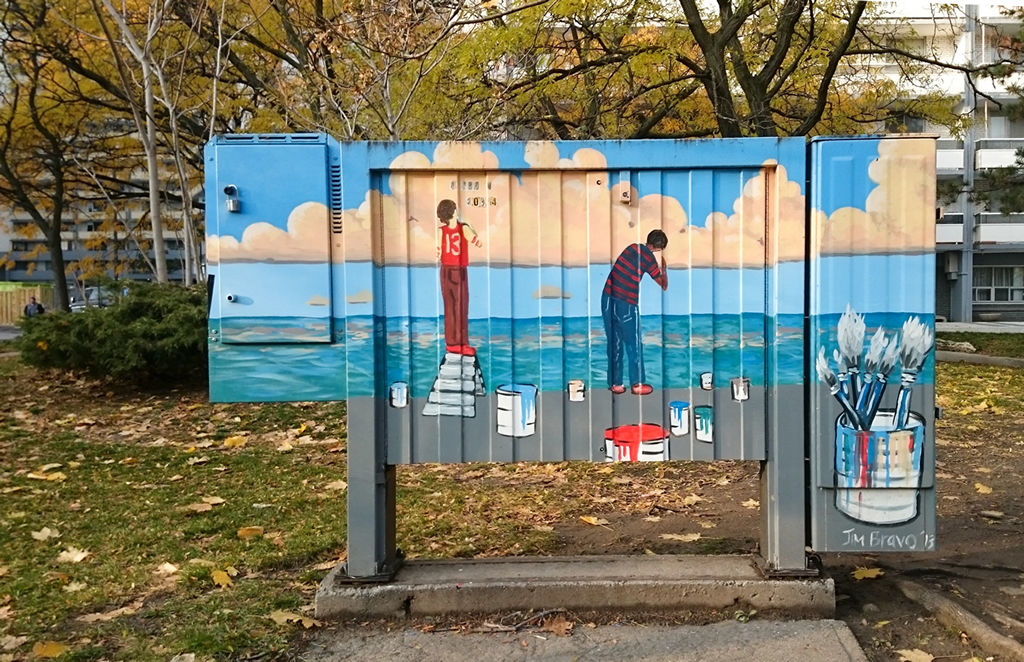 This Bell Box mural was done back in 2013 by Jim Bravo. This was apart of a group of 21 boxes that were done in the St. James Town area. It’s a mural of people painting a mural. Kinda a painting within a painting. 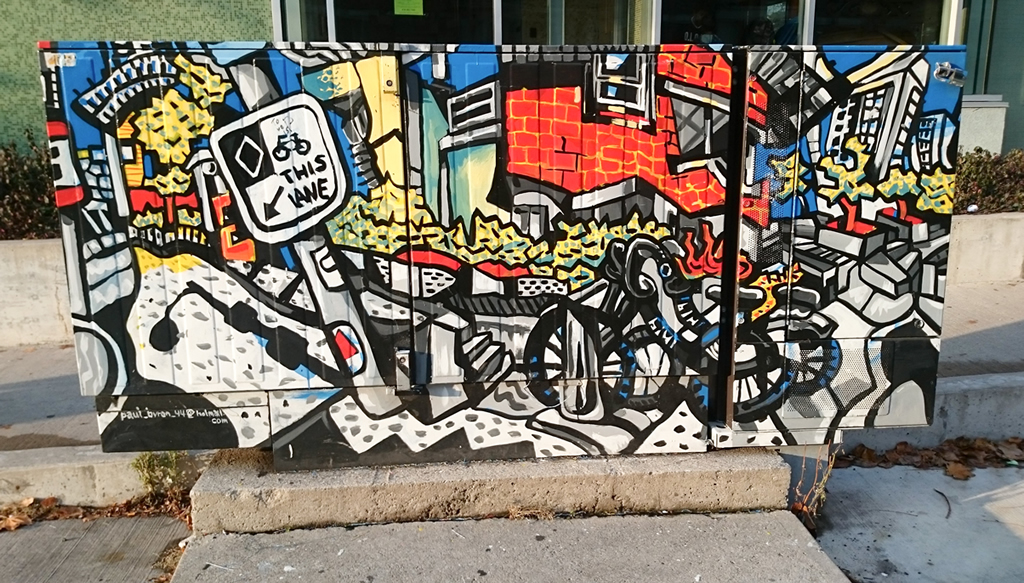 This was also done back by Paul Bryon in 2013 as apart of the same project in Cabbagetown & St. James Town. 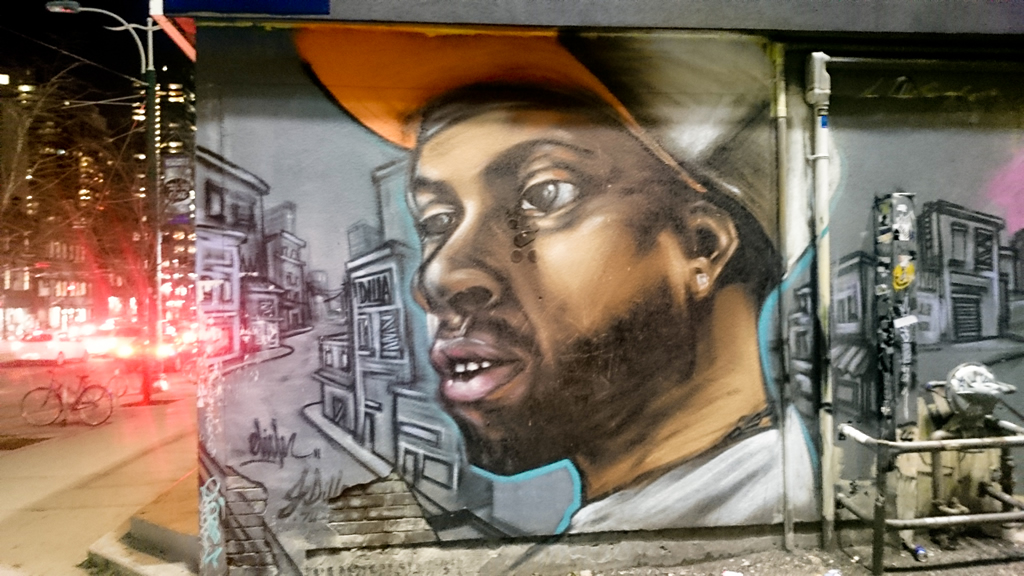 Another Elicser Elliott mural. This one is on Spadina Avenue. Its on the side of building that leads to a laneway. Another mural that I don’t know much about. He has so many in this city its hard to keep up with him. He also has a lot of wall art in this particular area – I have lost count of how many murals he has in this neighbourhood.