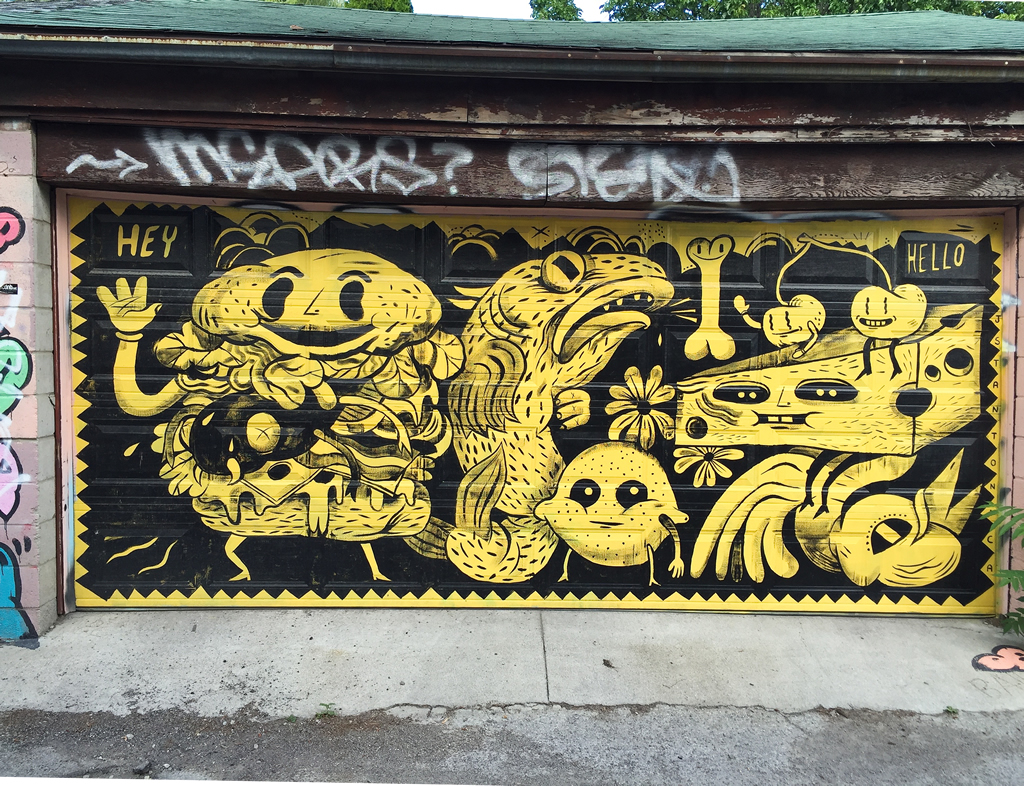 How is this — for one of the coolest garage doors ever ?

It’s from one of my alleyway finds.. It was near a school.. so it must have something to do with education.

1) A sandwich on the left which would be the grain products
2) A fish in the middle which would cover the meat & alternatives
3) I see a lemon and some cherries which covers vegetables and fruit
4) The piece of cheese would count for milk and alternatives !

The fish is looking at a bone.. which has a happy face.. – so eating all of these foods leads to healthy and happy bones ! I would like to know why those cherries are sitting on that piece of cheese.

Does that make any sense ? or is it just some stuff on a the side of a door ?

The signature on the right just says JSTANTONICA — that is all I know. 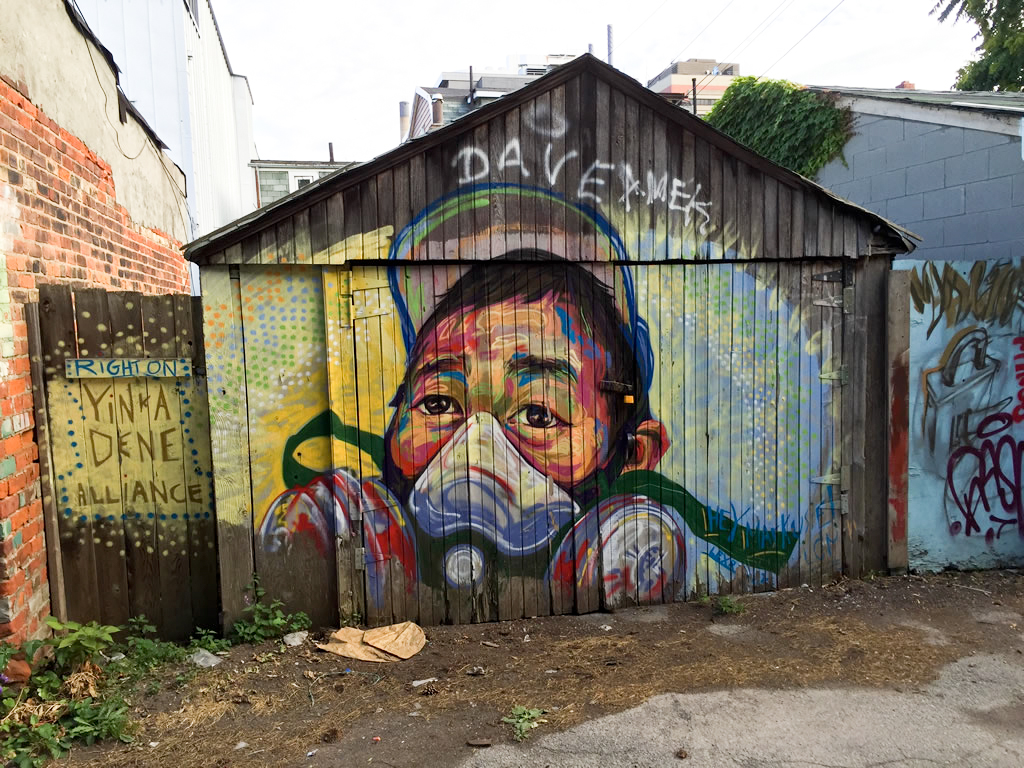 This is a little further down from the previous artwork and it says “Right On Yinka Dene Alliance.” Which, according to Wiki is coalition of 6 First Nations from British Columbia organized to prevent the Northern Gateway Pipelins from being built through their territories.

It looks like a man wearing a baseball cap and mask. The signature is hard to read as it just says LEXR on the bottom right hand side. 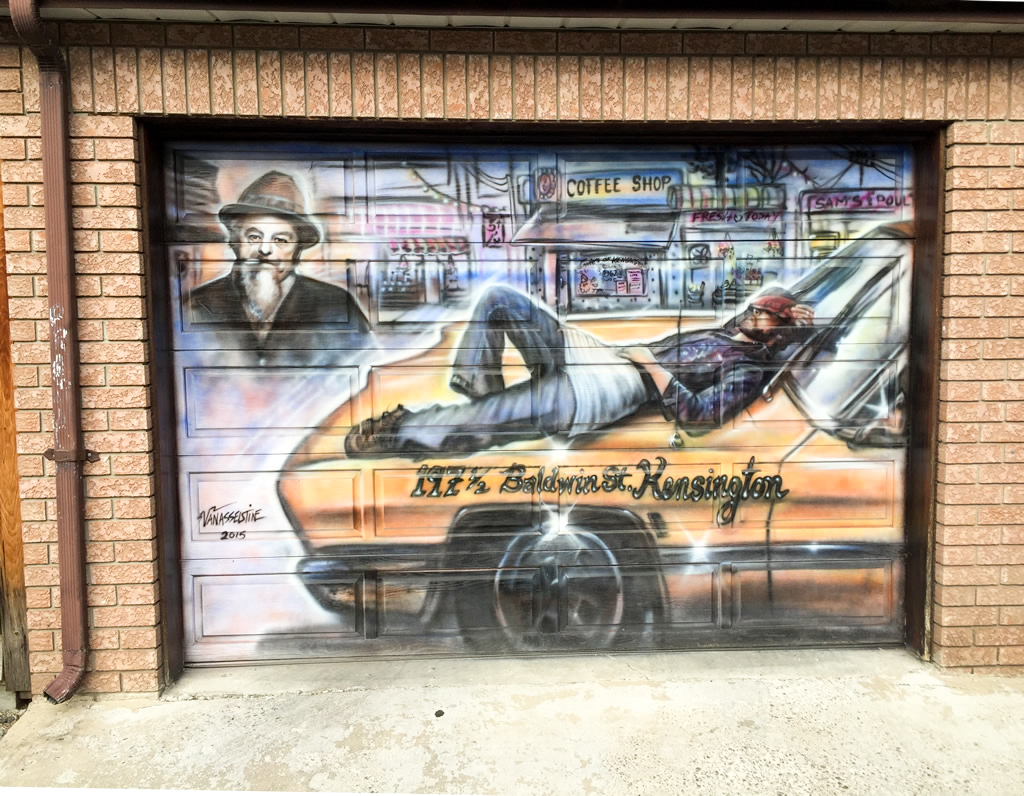 This is in the same back alley near the school. The signature on the left says “Vanasselstine -2015”. Appears to be the work of Douglas Vanasselstine.

After going through his Instagram .. I have seen a lot of his work around the city.