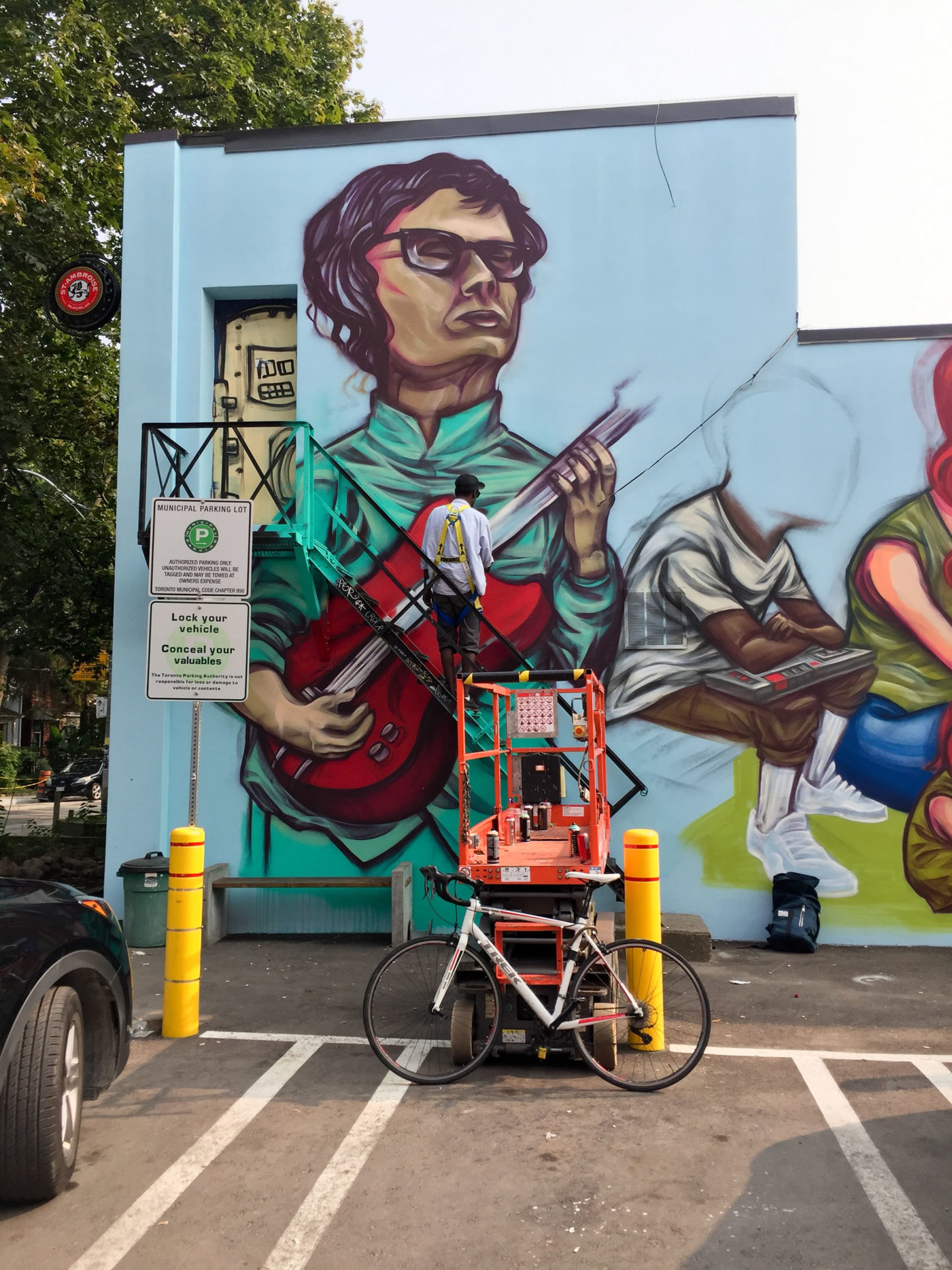 Got to see @elicserelliott at work today on his latest mural..

This is the second time I’ve been so lucky 🍀 . The first time was in November of 2015 and I honestly didn’t know who he was. I had seen his artwork all around the city but I didn’t know his name. He was working on a ladder back then in a parking lot. Was amazing how quickly he was able to finish his mural. He had it completed in a few days.

2 years later and I have posted a lot of his murals. Like a lot of his work. He’s one of the more known artists in the city. He’s very prolific in the downtown core.

This is actually a replacement mural for one of his older pieces. (I swear the one that he is replacing was there for 6 or 7 years). I will have to do another before and after once this is completed. I really liked that one a lot – but unfortunately the weather – especially Canadian winters really take a toll on some of these outdoor murals. It was starting to look a little ragged with some paint peeling etc. It was still a wonderful mural.. I actually will miss seeing it because it had been there for so long.

I didn’t talk to him.. because as I mentioned earlier I hate disturbing people when they are working.. plus, he was on lift this time around. However, I did get a chance to chat with @blazeworks who was also here. That is his bike actually. He gave me the scoop.

Never sure if I should post some of these “work in progress” photos because its not a completed project. But I do find it interesting to see how the artists work on these larger murals.. and he does a few of the photos posted on his own account..

He hopes to have it finished soon and I will post the larger complete mural when it is completed.. It looks amazing already 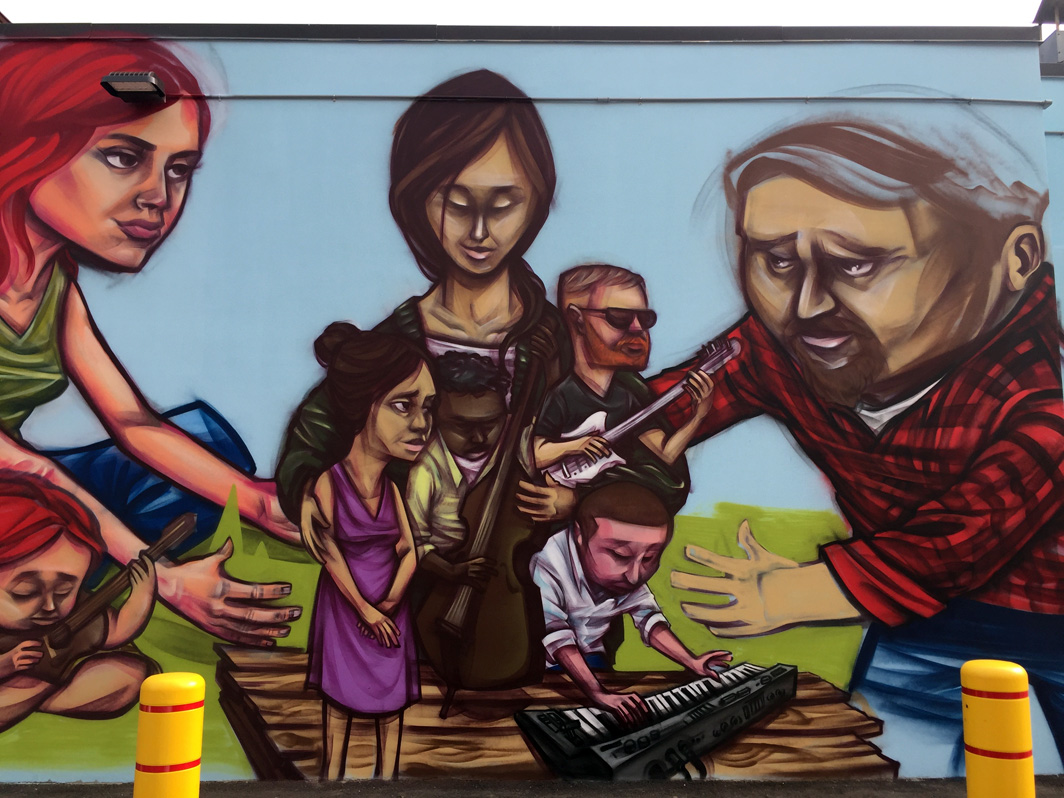 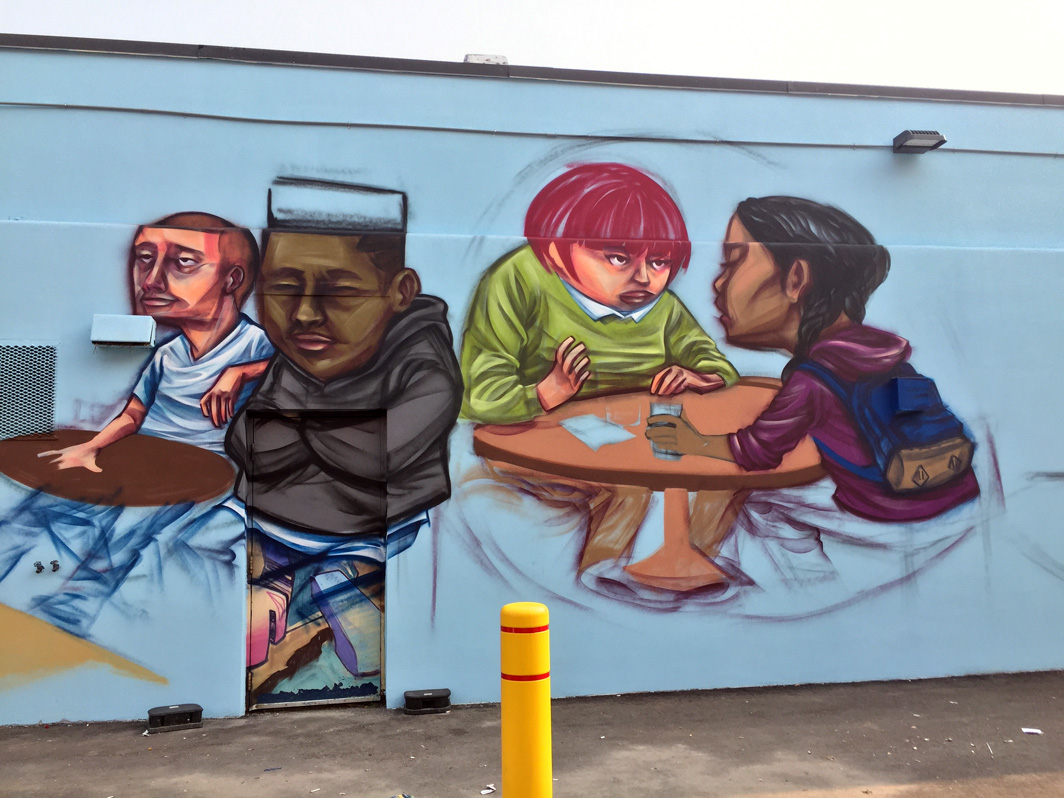