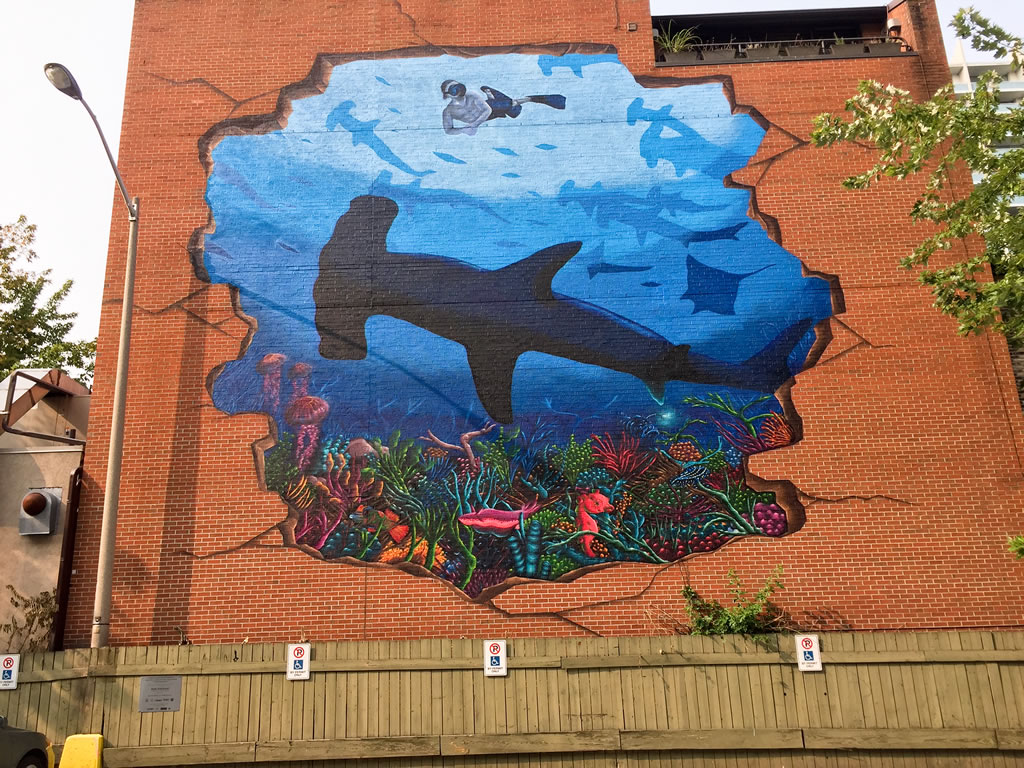 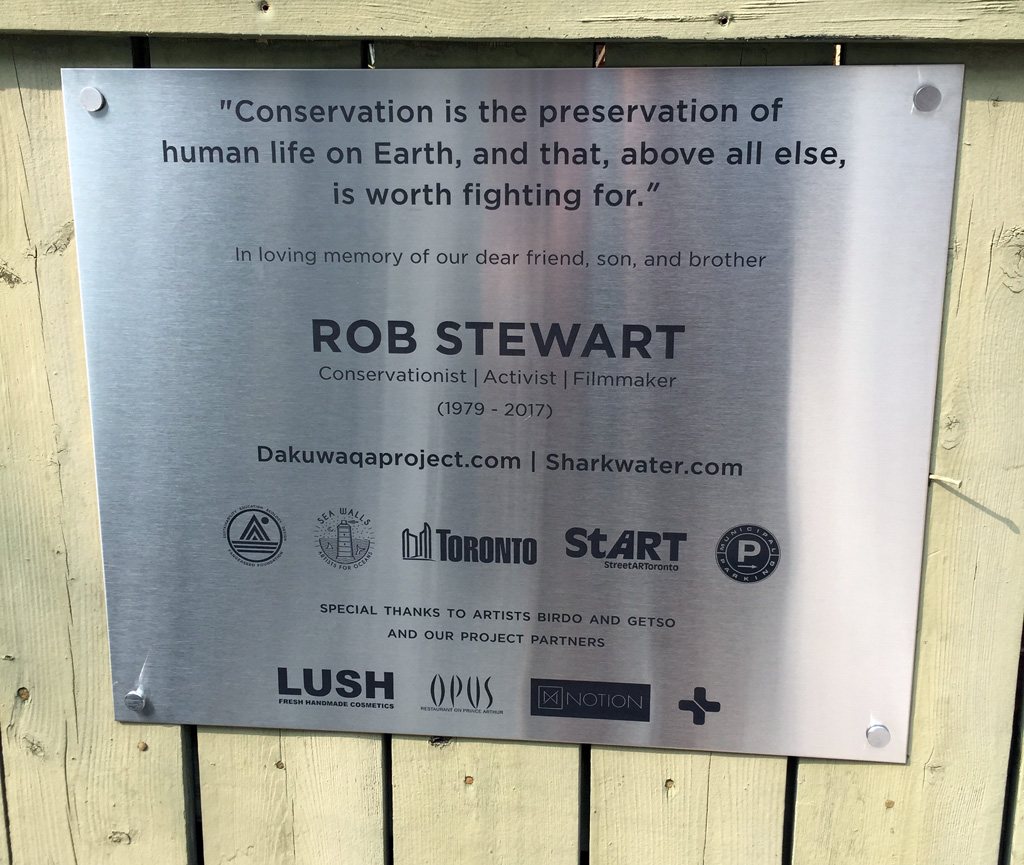 Which was created as dedication. There’s a plaque on the left hand side that says
“Conservation is the preservation of human life on Earth, and that, above all else, is worth fighting for” Rob Stewart Conservationist | Activist | Filmmaked (1979 – 2017)

Very nice tribute. Its like a 3D aquarium. Its over looking a parking lot. Yesterday there weren’t any cars parked in front.. and the sunshine was hitting it perfectly. 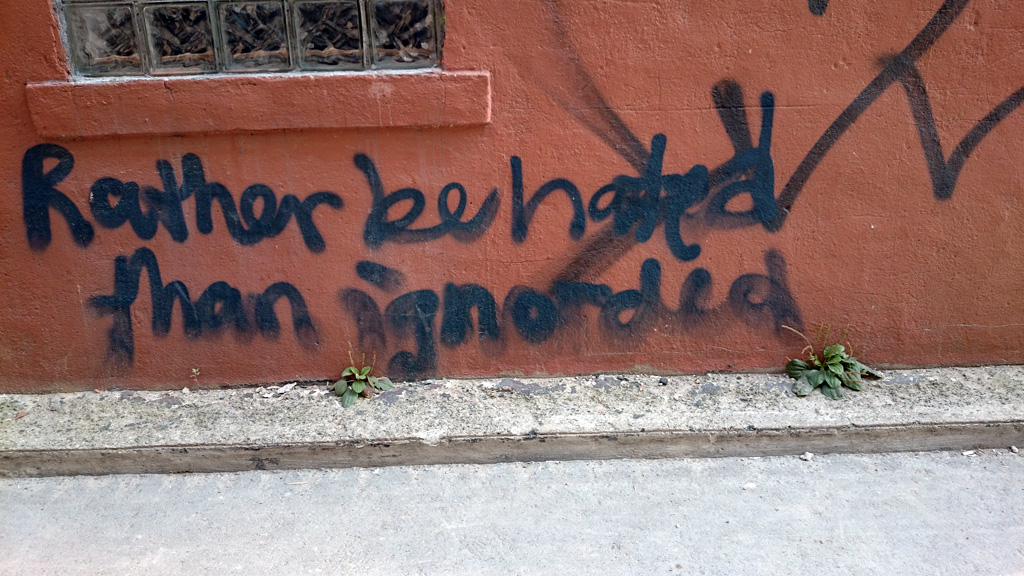 Found this on a wall “Rather be hated than ignored” – typo on it as well.

There’s a lot of tagging and graffiti in the alleyways around this part of town. There’s always a bunch of people hanging out around there as well. I would be careful if you were to go through here at night. 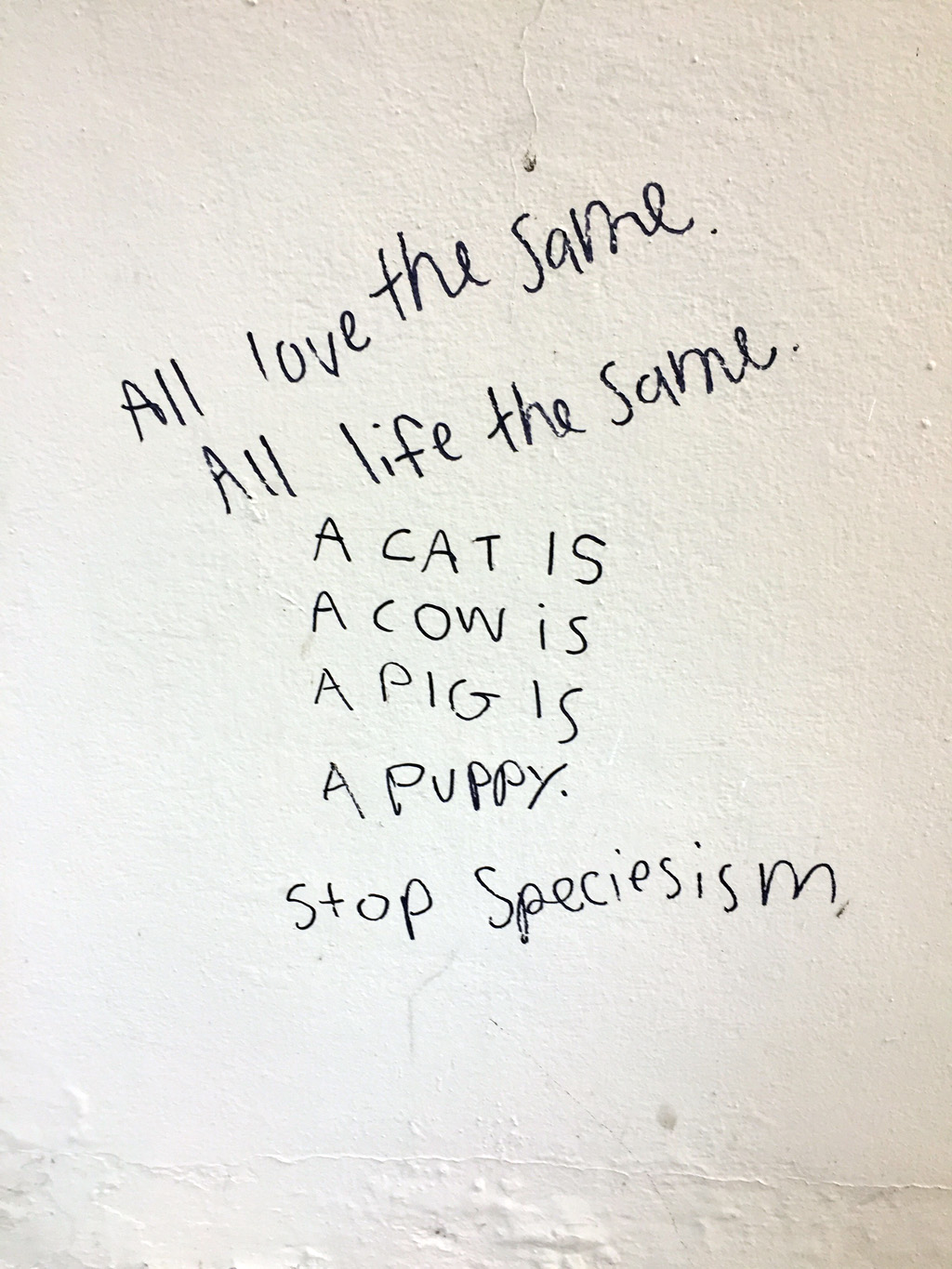 Found that written on a wall.

“All love the same
All life the same

and from google ” What is speciesism?

‘Speciesism’ is the idea that being human is a good enough reason for human animals to have greater moral rights than non-human animals.

This was at a spot where people go for cigarrette breaks. There were a lot of sticker slaps here as well.

I’m guessing that the person that wrote this is an animal rights activist.. There’s been a lot tags with very similar handwriting all over town with messages supporting vegans. One of the funnier messages one a condo development said “F#%K Condos Go Vegan”