Everything That Rises Wall Mural 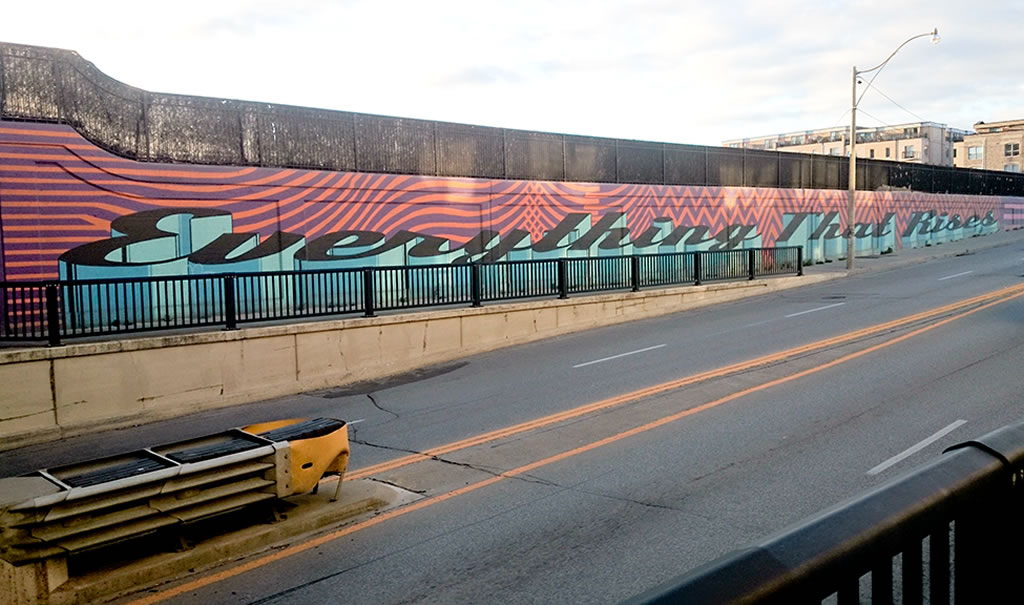 “Everything That Rises” … will hopefully be the freaking temperature !

Because today was just a nasty freaking day. To those people who say they like the snow and the cold… sorry — but you can keep all that to yourself..

It was seriously Capital F cold !!! -10C this morning.. with a windchill of -18C.. and SNOW !.. it was a seriously WTF DAY! It warmed up a little later in the day and most of that nasty snow has melted. I actually felt sorry for the pigeons for the first time ever ! You could see them all trying to stay warm on the sunny sides of the rooftops.

From what I could find huge mural this is by Ryan Dineen @ryan.dineen & Dan Bergeron @iamfauxreel (a Public Artist).. seems to have been done in October of 2015.

From his account Dan says “The phrase Everything That Rises takes reference from a collection of short stories written by Flannery O’ Connor and alludes to the massive development happening just behind the mural at Lansdowne & Dupont or the new neighbourhood I’m naming LaDu.”

It really catches your attention in the distance.

“Everything That Rises” – better the thermometer tomorrow. I don’t even know where I stashed all my gloves from last winter. 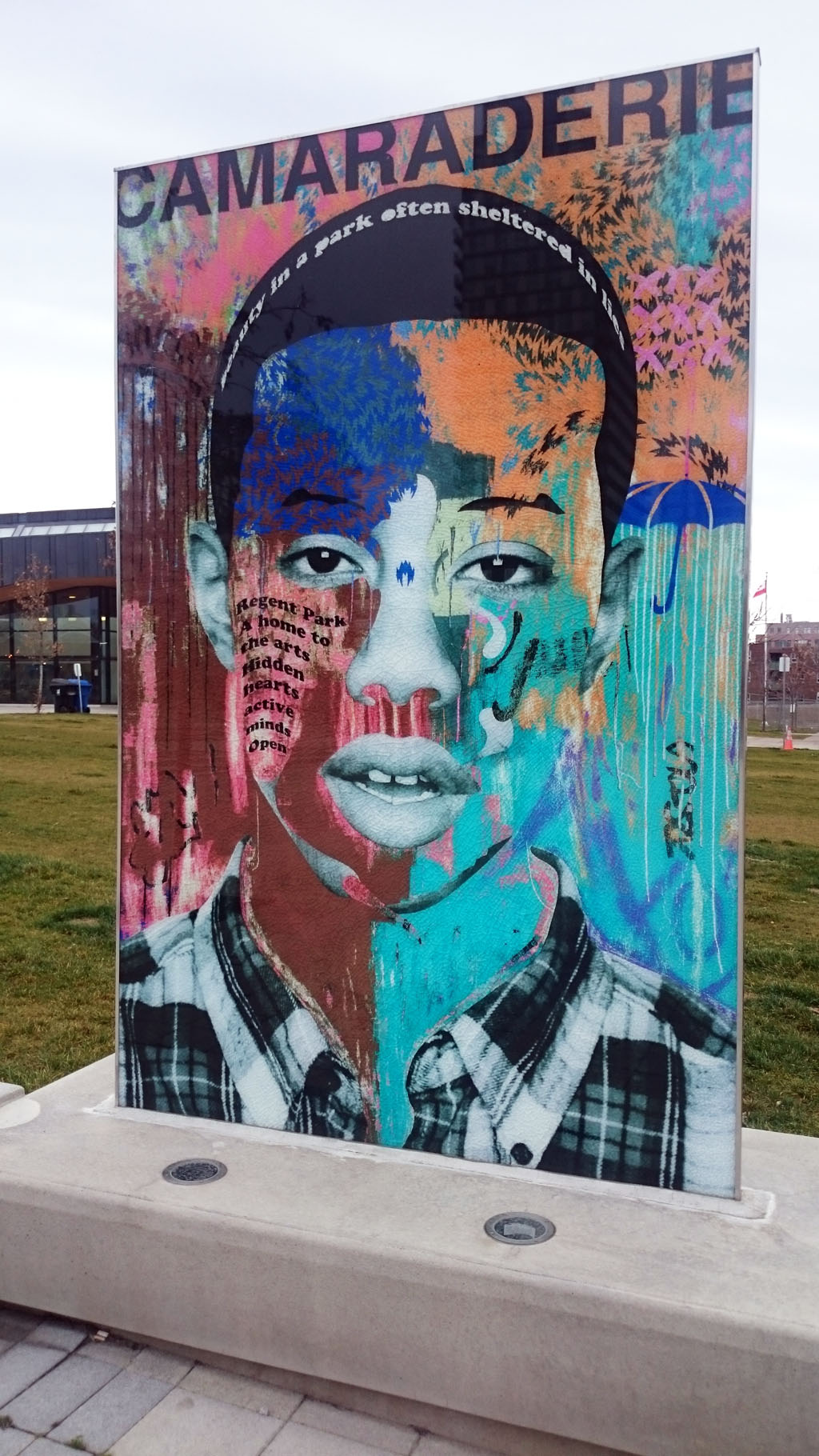 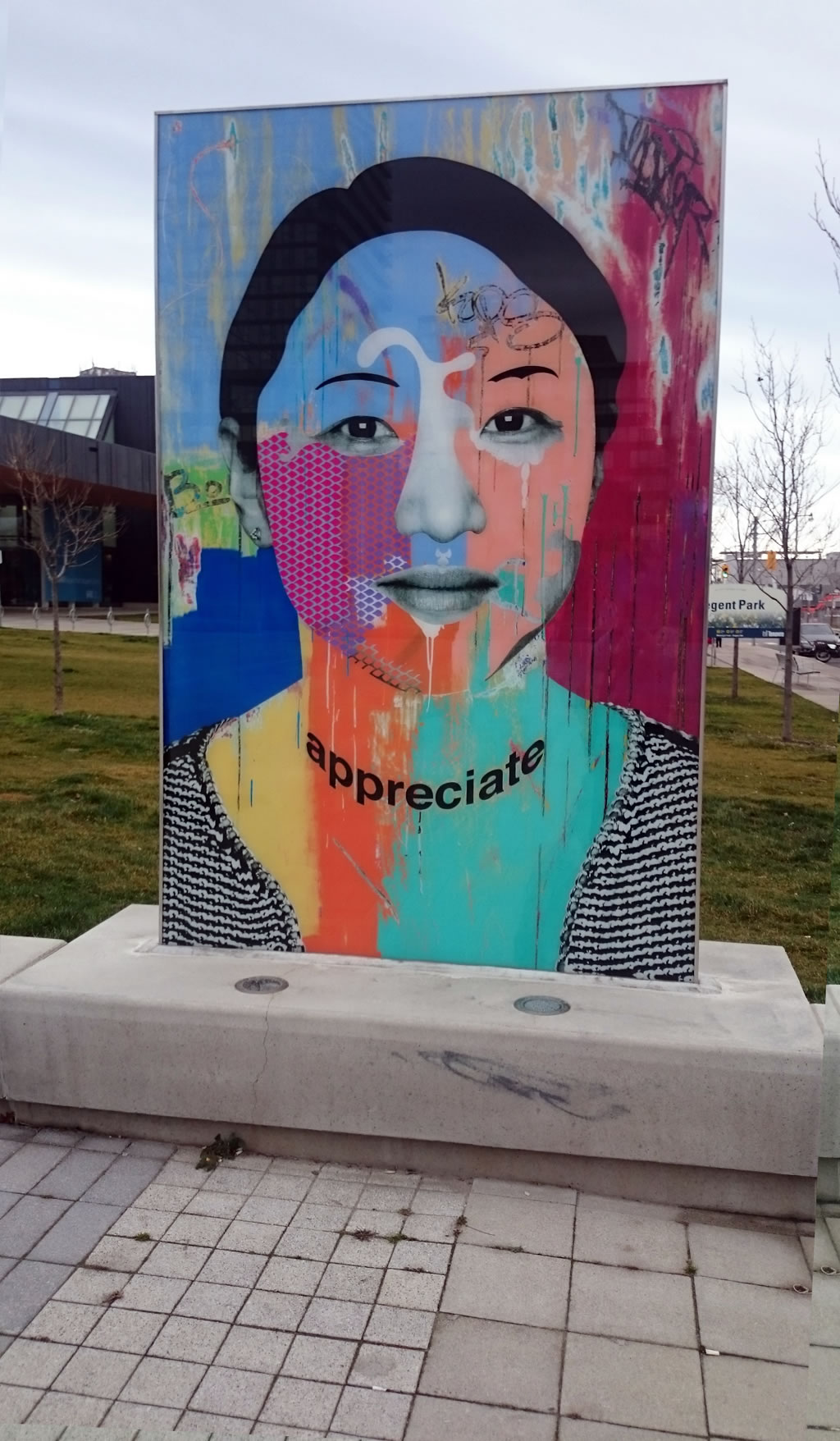 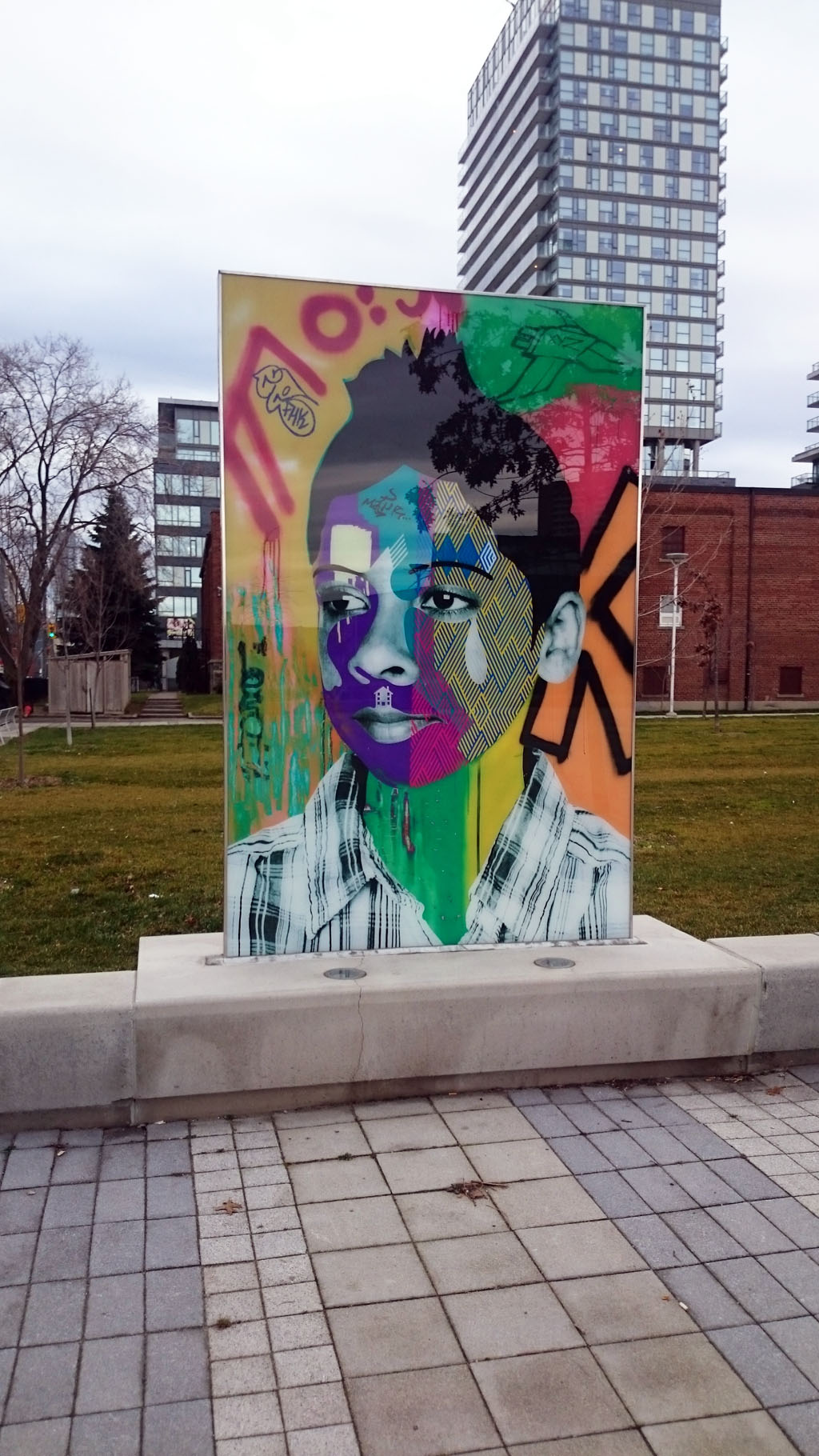 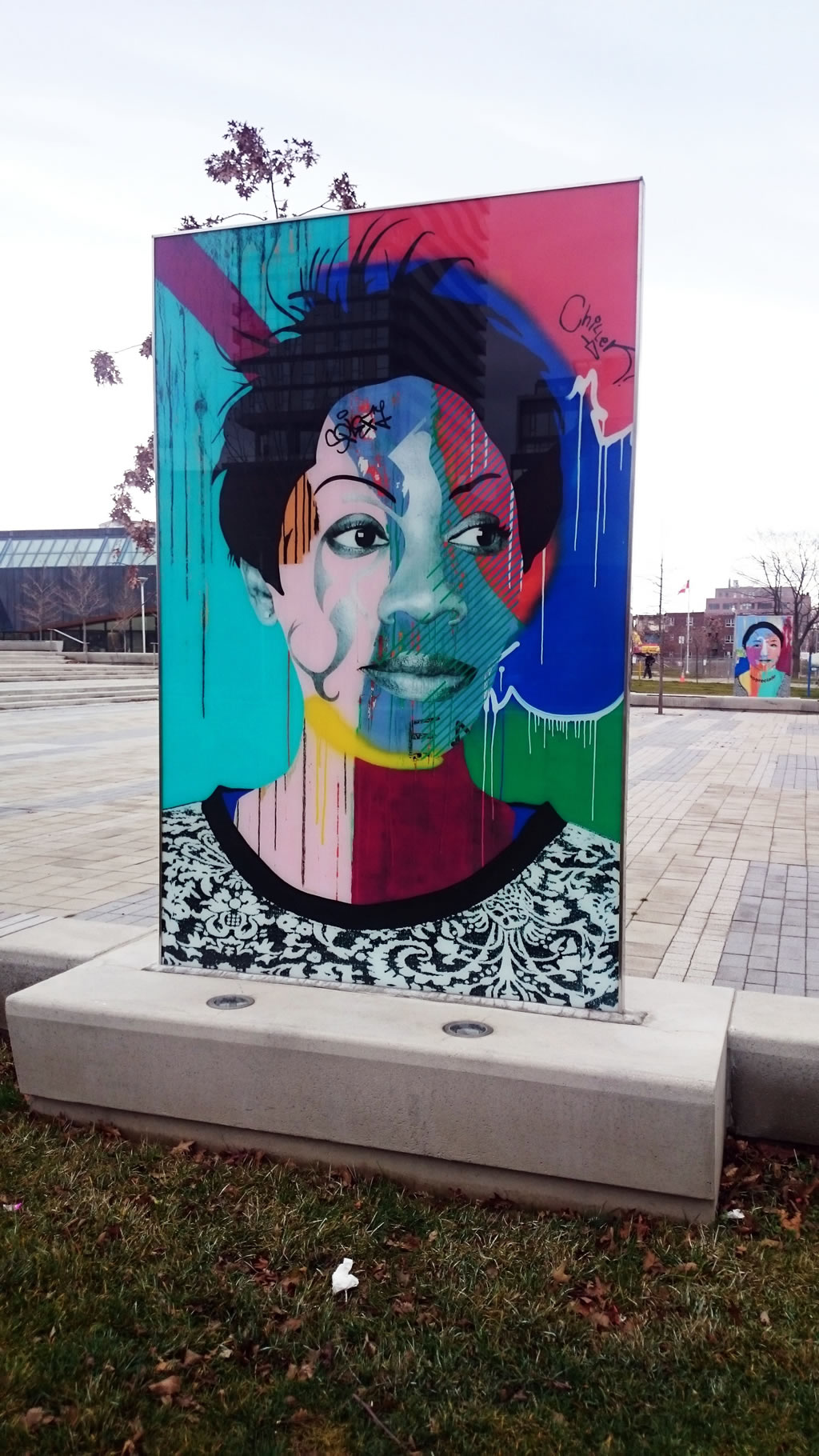 Didn’t realize until later that I have seen Dan Bergeron’s work before in Regent Park. These were done just a few months before that wall mural.

These are the people that actually live in the area. He took the photos and made them into collagesthat are near the entrance to the Aquatic Centre. They are framed in very heavy duty glass.