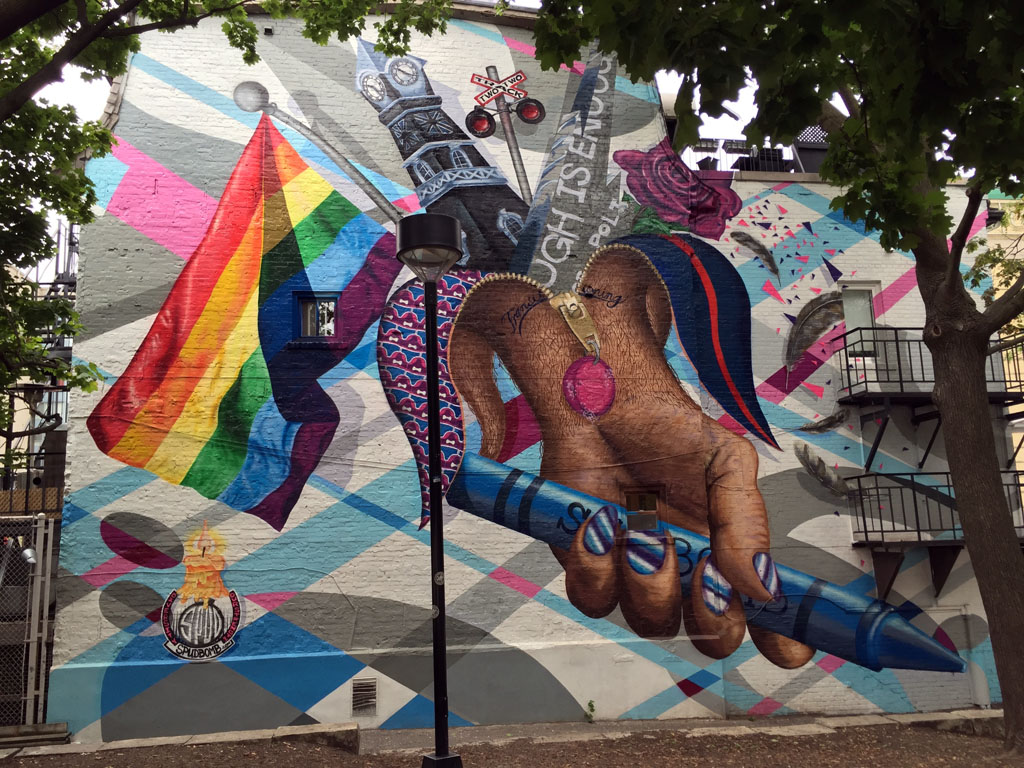 . 🌈
This is a mural by @spud1_spudbomb. of the gay pride flag in the gay village – thought it fitting for a tribute to a legend 🌟.

Updated – Got to talk to Spudbomb and his wife @MissLadyOops… they said they spent a lot of time doing research for this mural so that they could accurately portray the gay community. They were were disappointed when the launch of this mural was protested by Black Lives Matter Toronto. 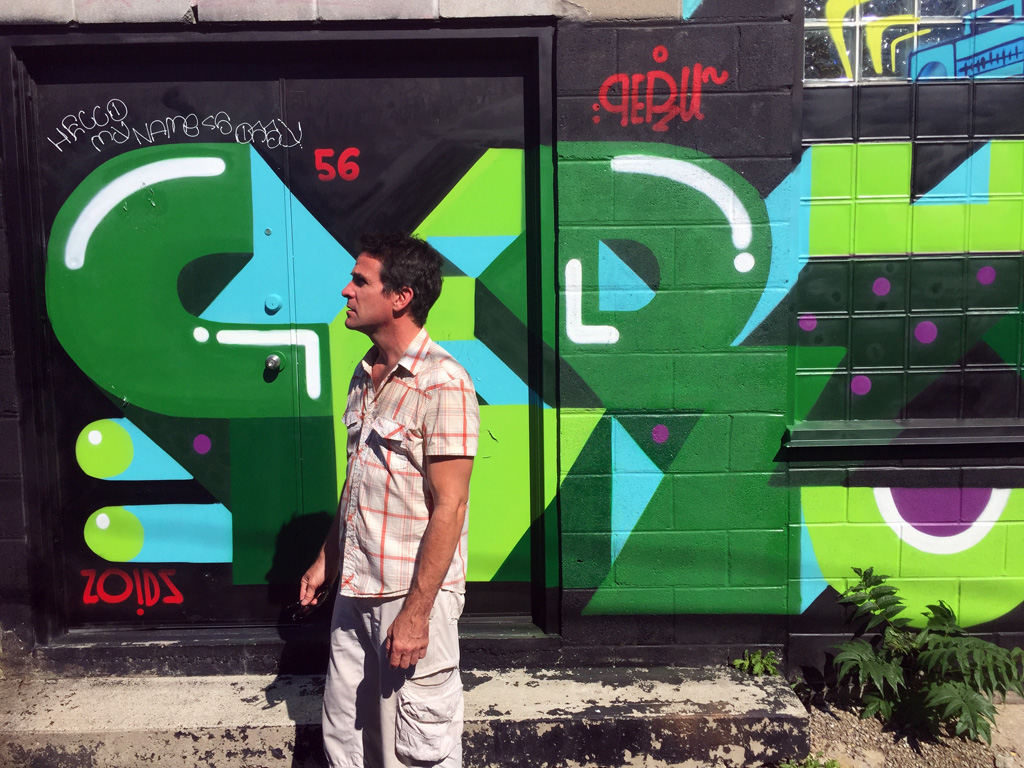 From Monday when my friend and I did a quick tour of the graffiti alleys and I’m trying to explain that this is a @peru143 that he is standing in front of.. 🎨 . . I prefer being behind the camera.. Most of my friends like to be on the otherside ( plus ➕ they always use my pictures for their profiles — just saying @tomweir99 ☺) And there’s a profile pic of your profile 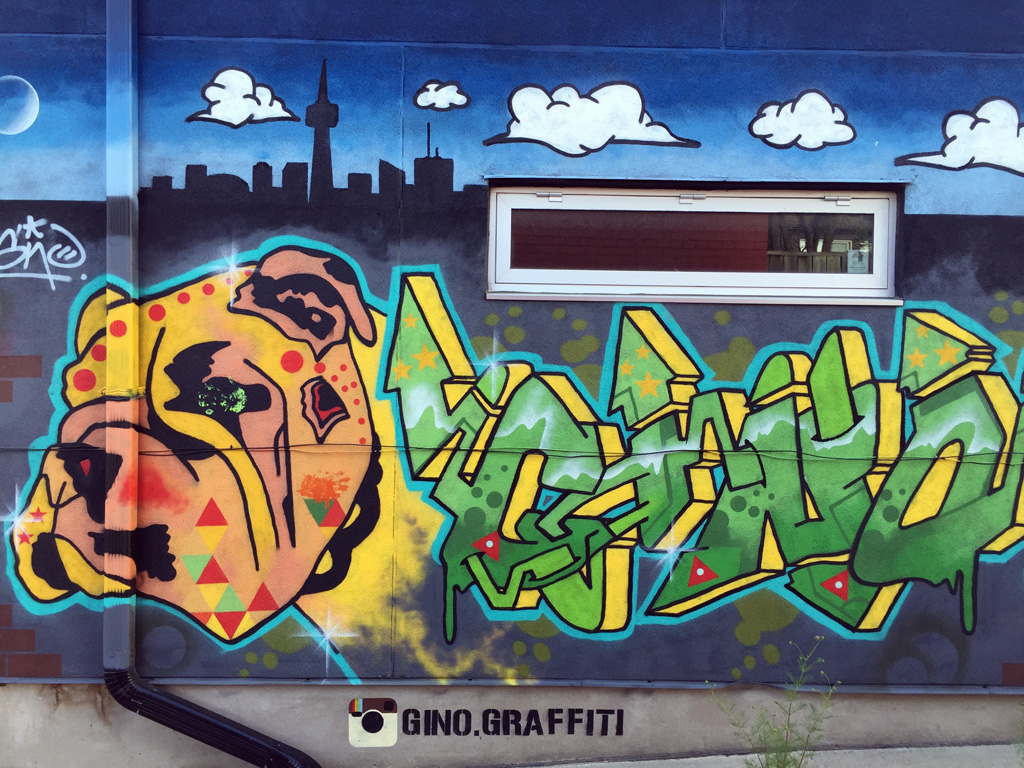 I have walked by this mural with this dog 🐶 and a burner with the CN Tower 🗼 ☁️☁️☁️ at least once a week for at least the last 2 years (probably even more)
I’ve taken pictures of this before.. But I’ve never posted it because It has that instagram tag.. Like it wants me to post it.. So when I finally decided to post it.. I can’t find the account to credit it… All I can find is this @gino.art_
.. I hope that is correct – ⬅️ updated it was Gino Art.. and he has updated that info on it now. 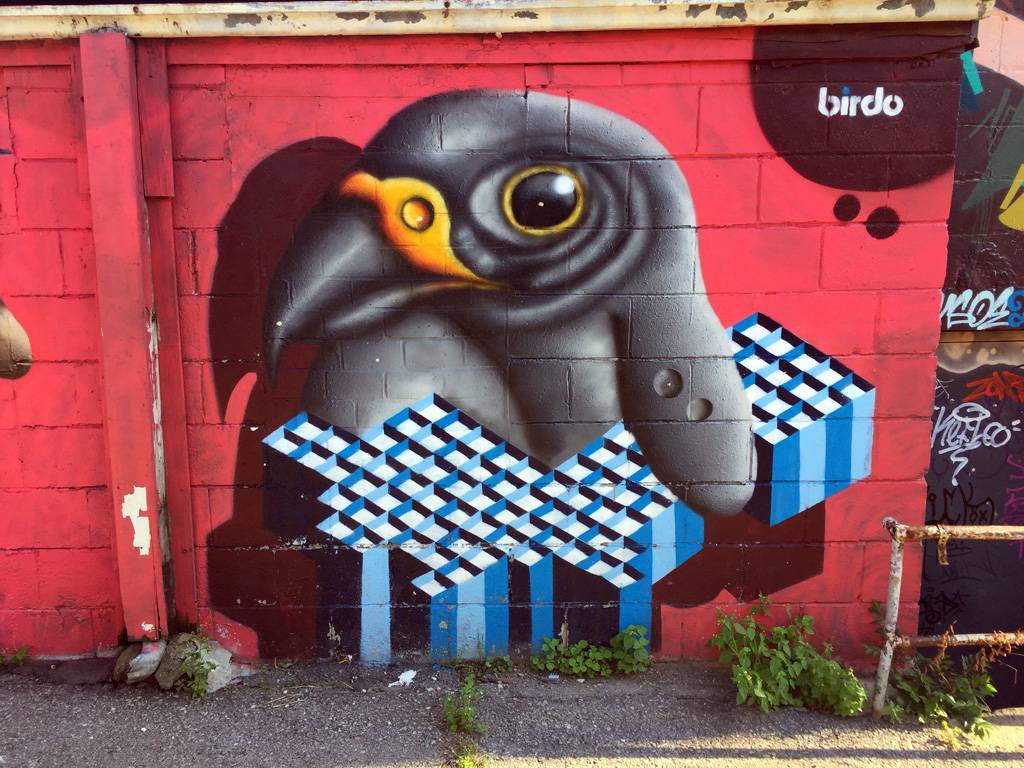 Was going to post something else… But then realized I haven’t posted a @jerryrugg for awhile and I passed this one yesterday and haven’t taken a picture of this mural before.. It’s been there awhile. .
I have a bit of a bird 🐦 theme going on.. _ 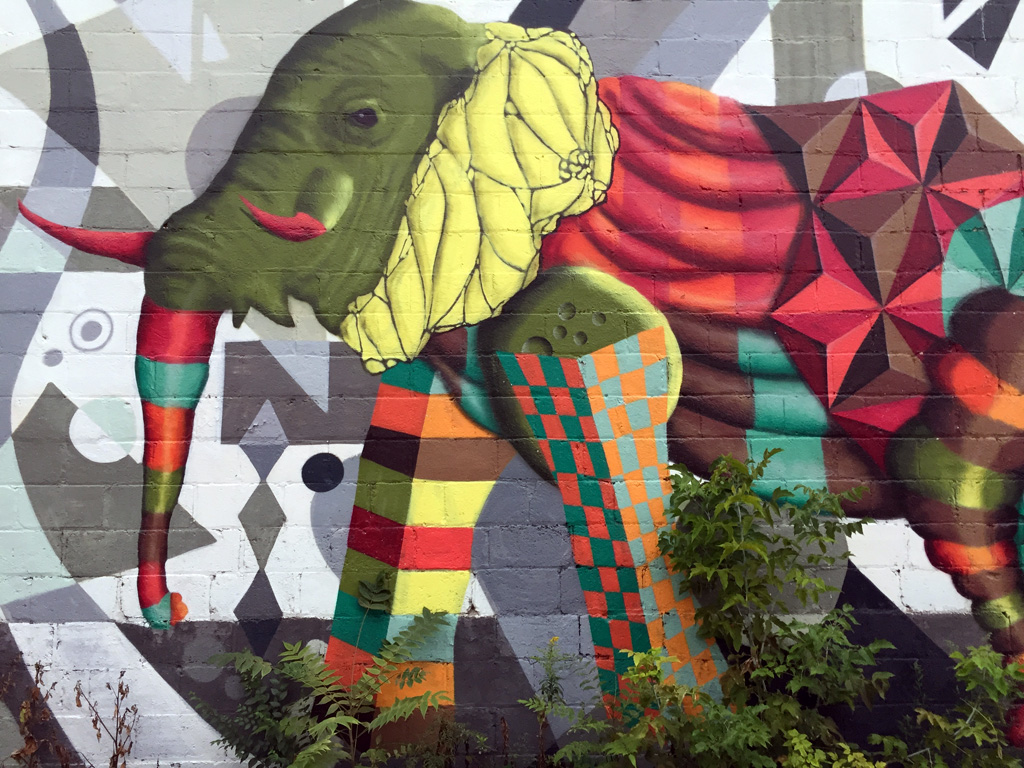 Found this Birdo that I meant to post as its no longer there. Pays to take photos when you see murals right away. You never know how long they will be around.

Toronto Graffiti Street Art was at this Location 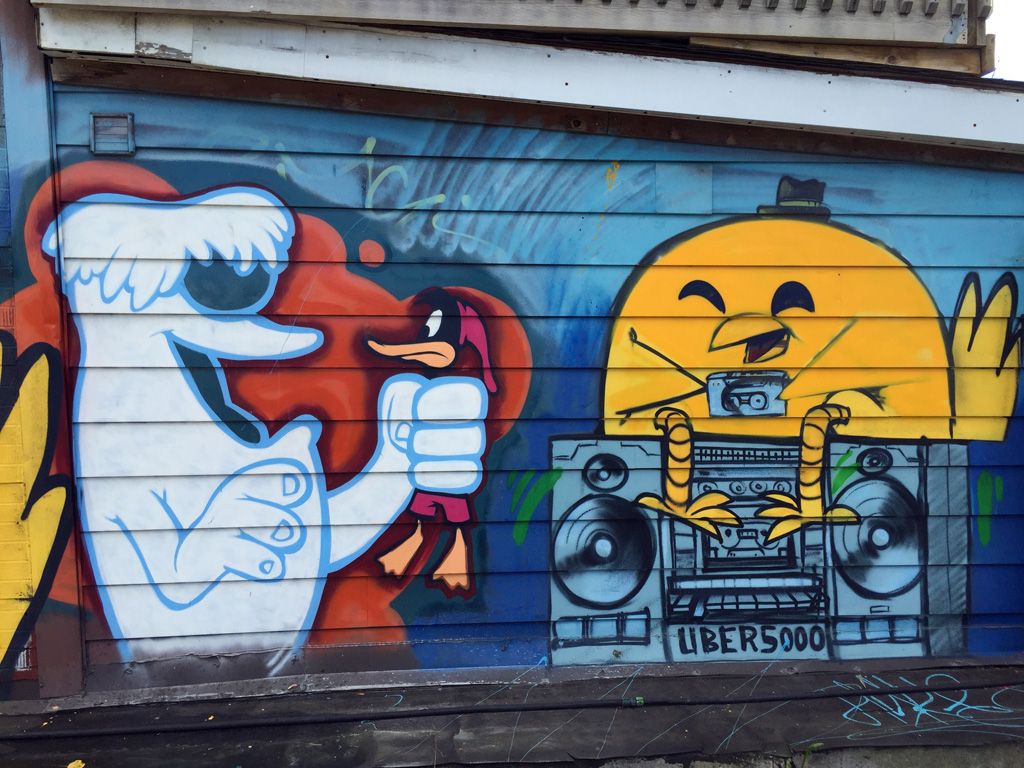 Just realized that a lot of my posts have had a sombre mood over the last week.. End of summer blues I guess.. When I wanna be in my happy 😊 place the @uber5000 bird 🐦 always puts me there. 🙌

This is across from a school and there’s some other cartoon characters to the left and another Uber5000 bird with a speaker 🔊 The bird wears hats 🎩 and sometimes it has a dog. Other times it has a ghettoblaster and here it is putting a cassette tape in one.. Because sometimes it raps 🎶 🐦 🐦🐦🐦🐦🐦 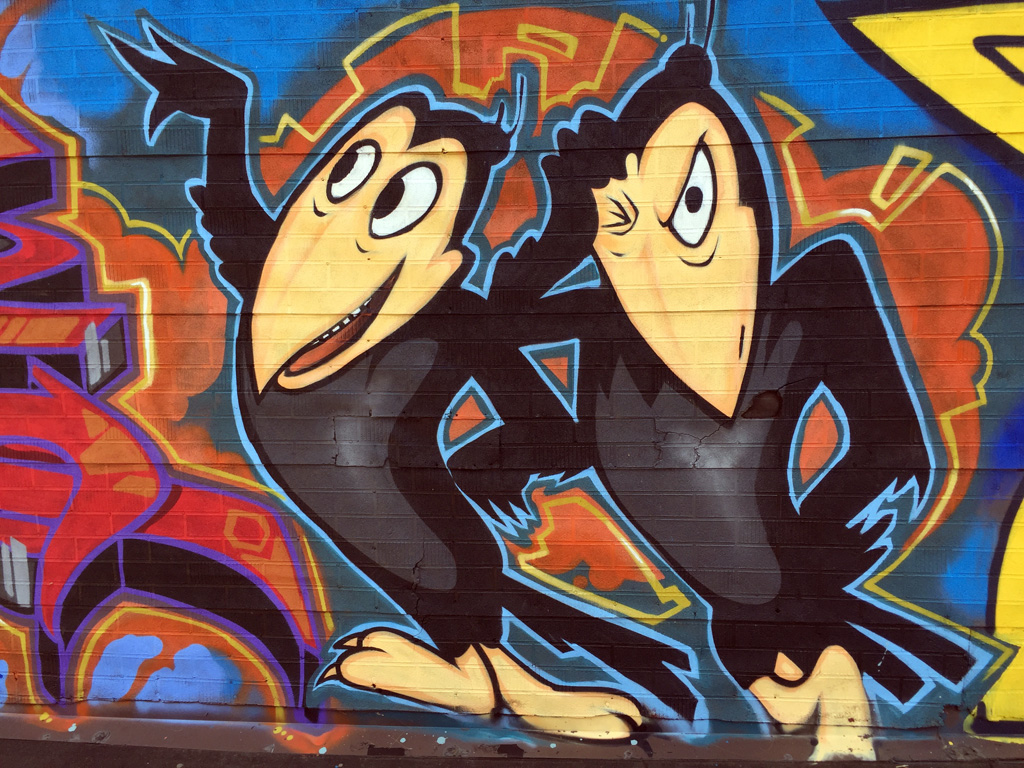 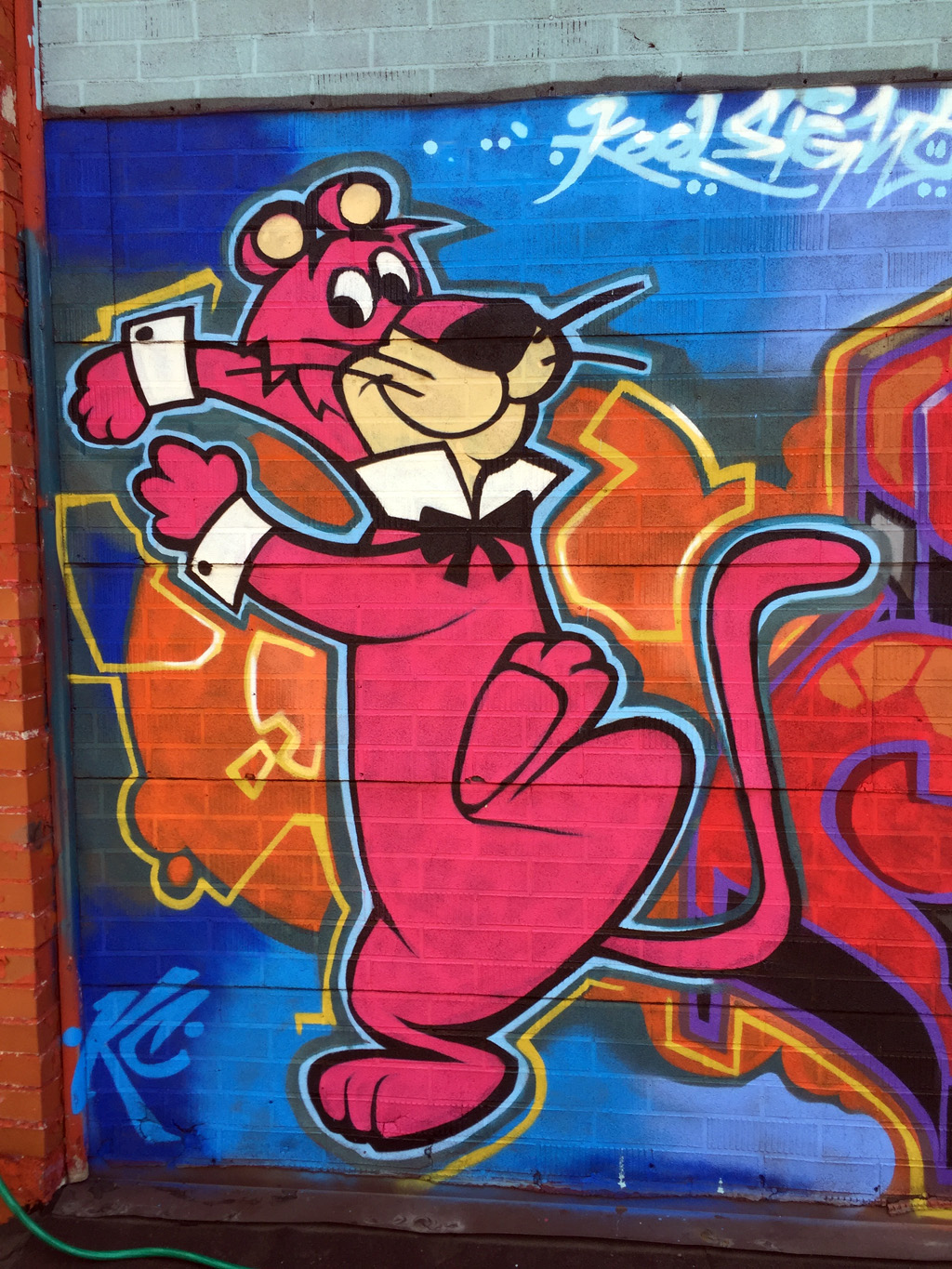