Pictures of art graffiti have been removed by current building owners. Sad to see artwork destruction

I captured these back in March of this year (2017) these are all along the back alley in the rear of this building that was for sale in the Winter. Someone purchased the building and they removed that for sale sign. But all the artwork that was apart of an amazing collaboration by Alex Senna from Brazil, Bruno Smoky originally from Brazil, Shalak Attack, Uber5000 and Omen514 – is well.. destroyed. They were all so put together so well.. it was seamless

When I was taking pictures of what was left of this artwork back in June they were still doing construction on the building. A lady came out with her dog and her bike. She couldn’t look me in the eye. Probably, because the look on my face – she must have know that I wasn’t very happy about the artwork being removed.

I realize it is their building and they obviously have the right to do what they want with it. But its very disappointing to lose such a terrific work of art. Its not in the usual spot that you would expect – like in the downtown core – you have to go out of your way to find this little gem. It was literally hidden around the corner.

Anyway, just glad I got to see it all together before they put the glassblock where the art was. Both Bruno Smoky and Shalak Attack know about the destruction to their work. She actually posted a photo of this on her Instagram account.

Its a shame but that is how Toronto street art graffiti is. There one day and gone the next. I guess that’s why photography plays an important role in documenting street art; its such a temporary medium that sometimes the only thing remaining is a photograph.

This is by @alexsenna to the left of the previous one…He’s also from Sao Paulo – Brazil 🇧🇷. and to the right is @omen514 (not Trump supporter FYI 🇺🇸) .
.
.
She reminds me of almost every girl that I ever had the pleasure to sit behind in High School. The girl that always had the perfect answer to every question in class. I say ‘pleasure’ because I almost always had the same correct answer… but I didn’t really want the spotlight that she was obviously & so, desperately seeking… .
.

Coincidence or not.. but my horoscope ♏ said this today — and I am not making this up… ..”You want to share your passion for art 🎨, but what is beautiful to you may seem nonsensical to others. Truthfully, it doesn’t matter what people think as long as you don’t depend on their agreement for a sense of validation” 🙌 …
. .. .Você quer compartilhar sua paixão pela arte 🎨, mas o que é bonito para você pode parecer absurdo para os outros. Na verdade, não importa o que as pessoas pensam, desde que você não dependem de seu acordo para um senso de validação “🙌 .. .. .
.
. 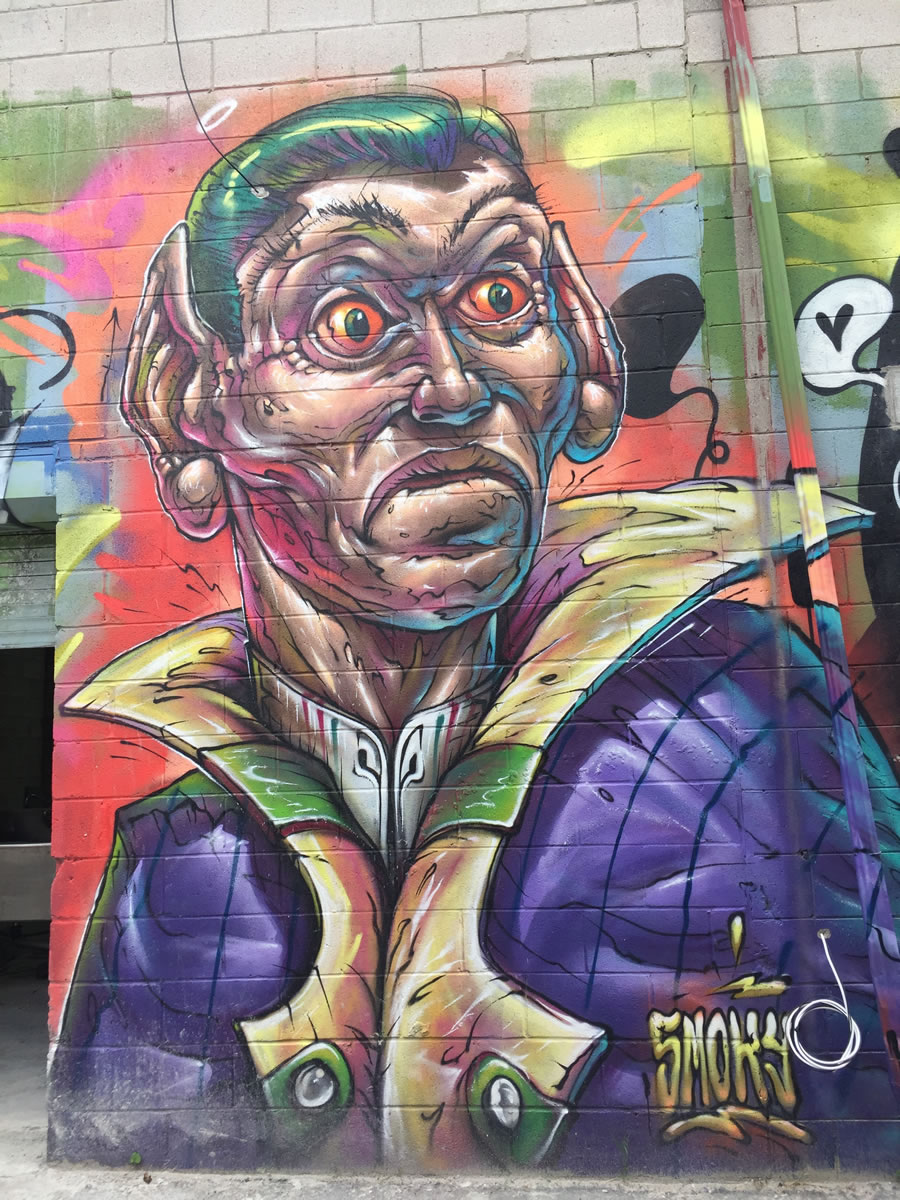 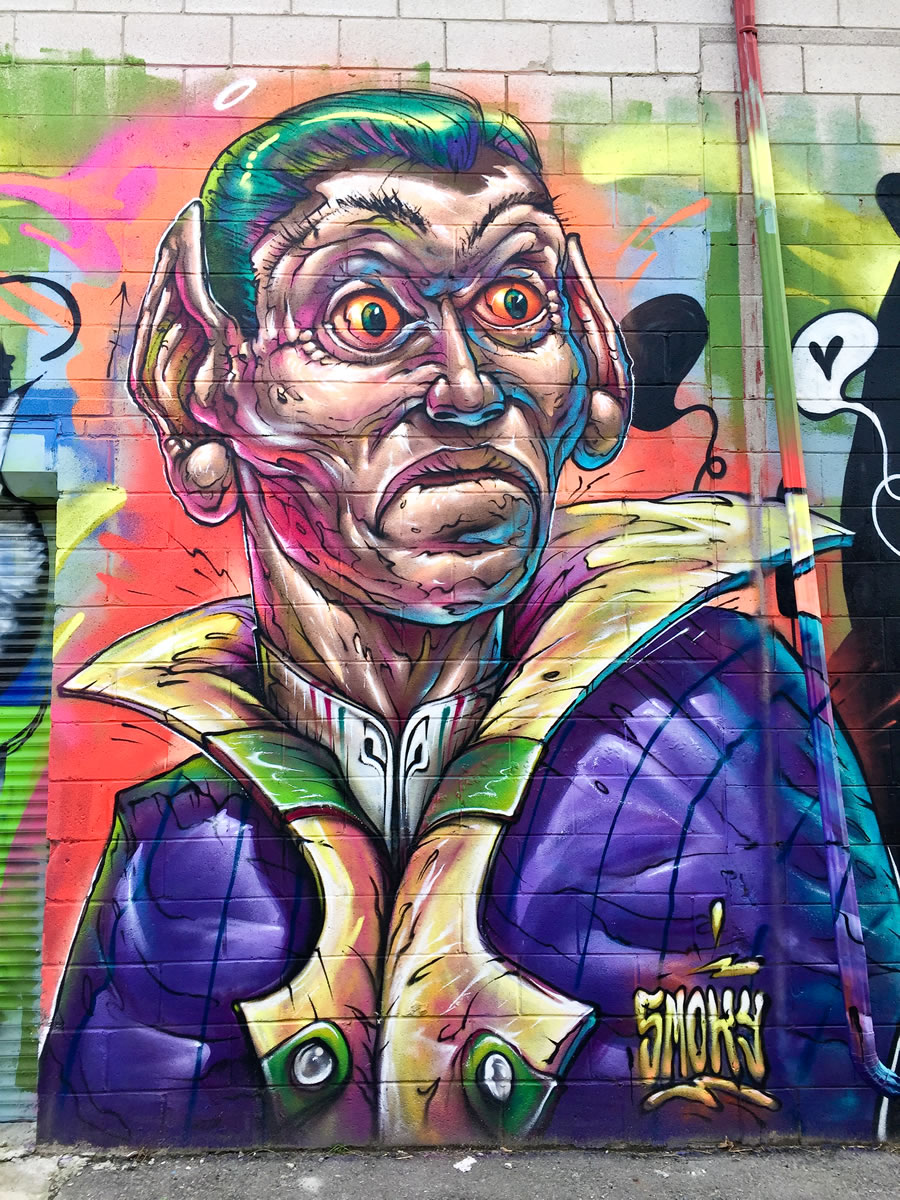 Who is originally from San Paulo 🇧🇷.. The last 3 have had a South American connection 🌴.. It looks so much warmer there right now than here 🇨🇦 ❄️ .
.

Still going right ↪ to left ⬅.. they are all very unique but they are blended together.. .
It’s behind a building 🏢 in an alleyway on a building that has been sold…
.
Let’s hope they keep all this art 🎨 intact.. . .

Update from June 19 – this artwork by Alex Senna still intact 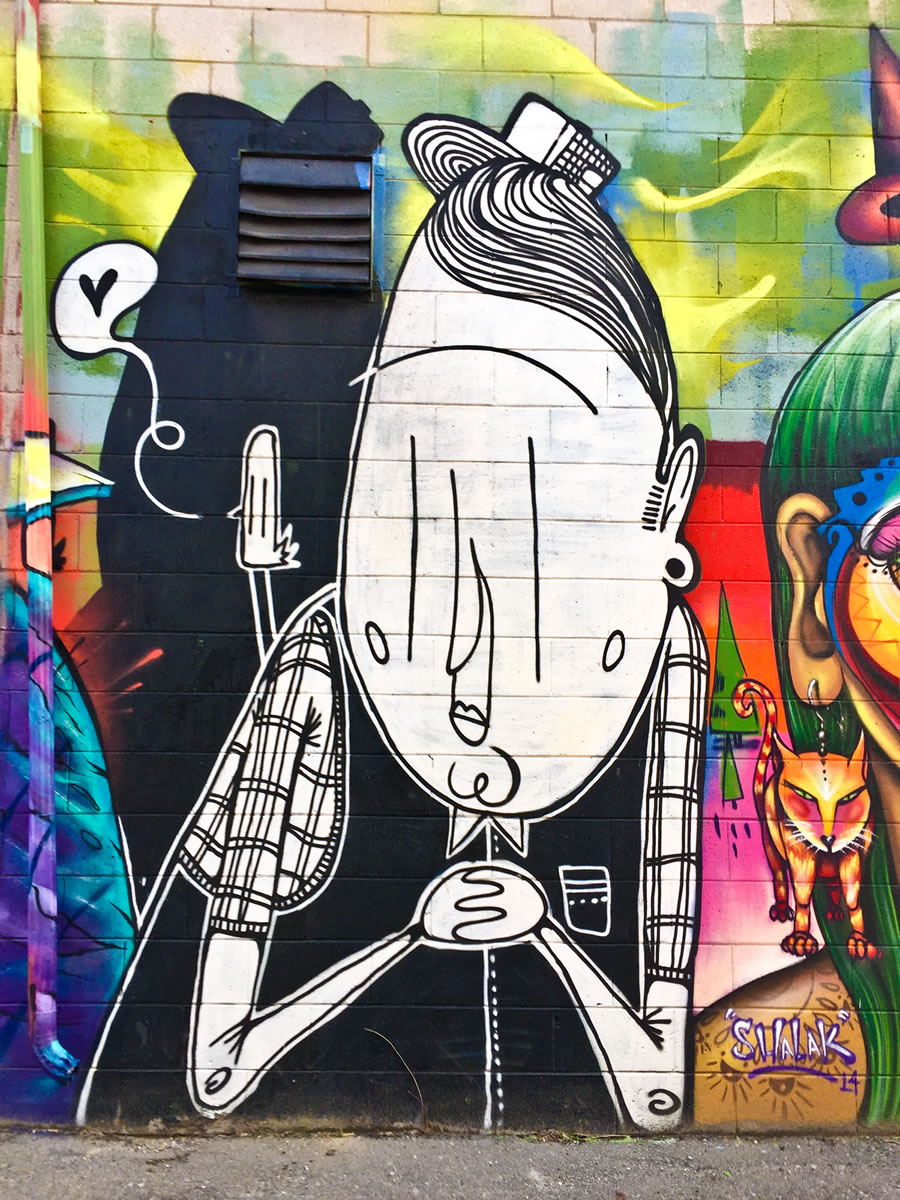 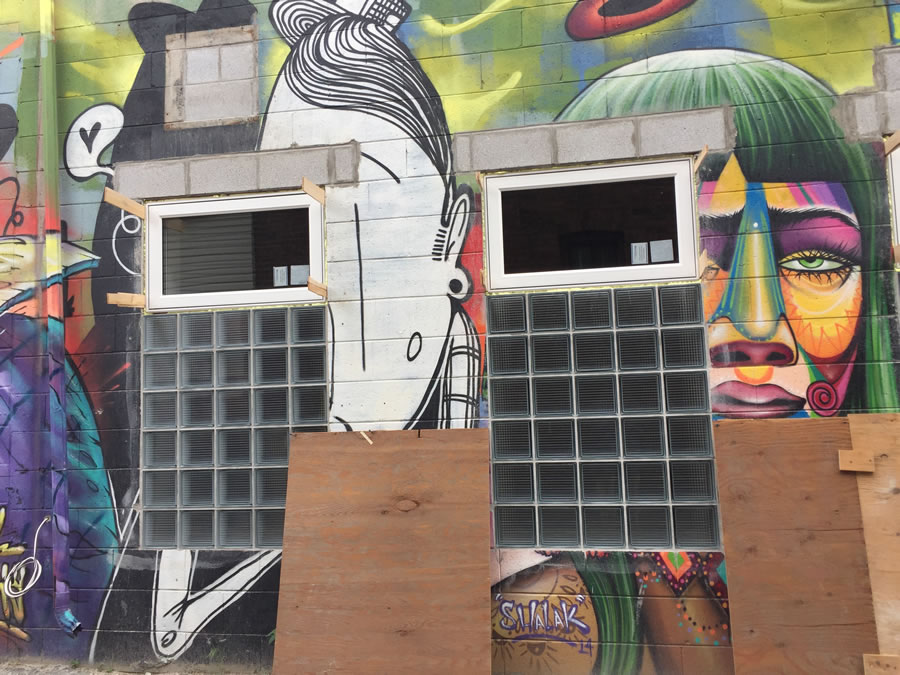 This is by @alexsenna to the left of the previous one… (I am going in order from right to left).. He’s from Sao Paulo – Brazil 🇧🇷.
There are only a few of his art murals in this city.. but when you do come across one of his pieces – you know who it is by – almost immediately.
.

He works in black and white – almost exclusively – which, is very unique. They stand out against the contrast of the more colorful work that surrounds them.. They are very cartoon-like – and they have a simplicity that makes them very relatable. His themes are sometimes very young and innocent 😇 and at other times very dark and mature. 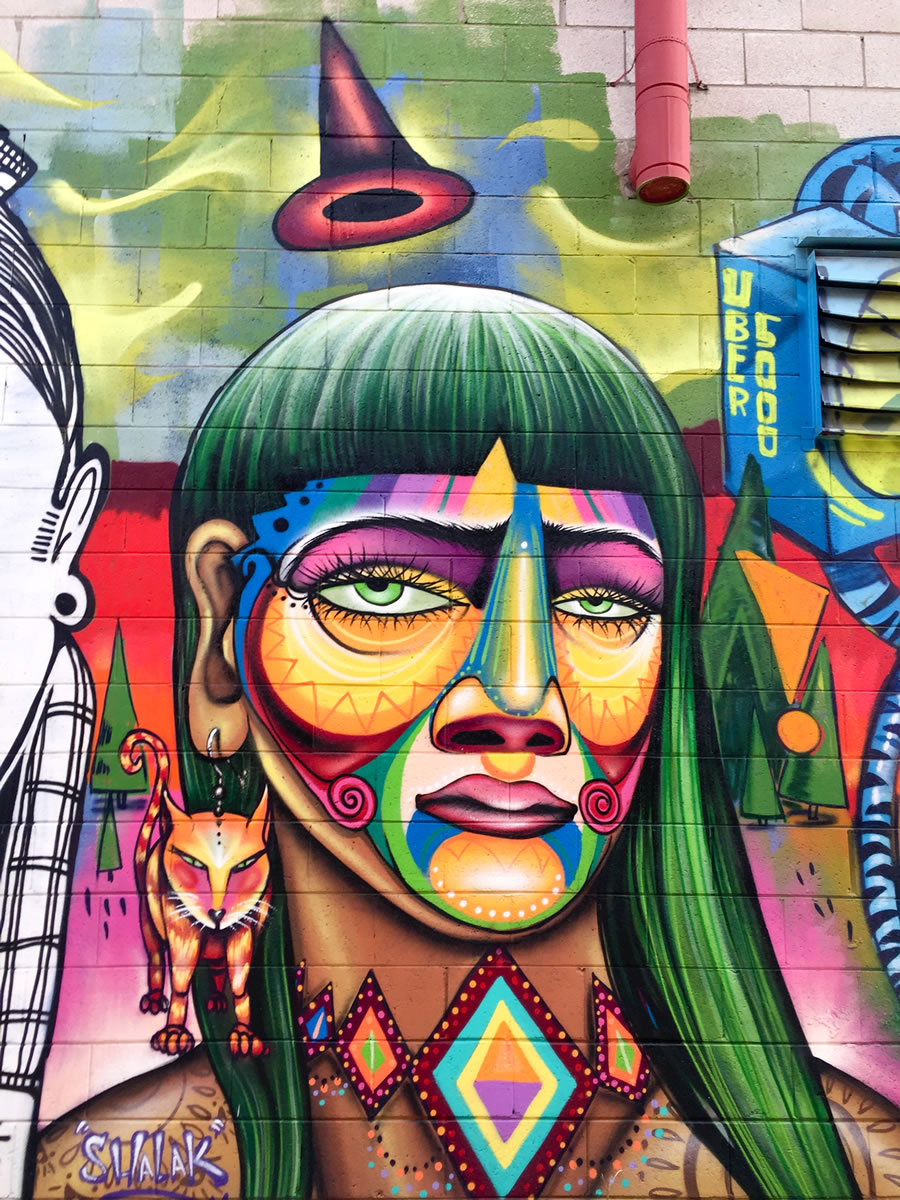 There’s a few all along here by a few different artists… It makes sense to post them individually here – as opposed to that multiple photo feature.. .
.
They look amazing together but stand out on their own.. . 🎩 Happy weekend everyone 🙌

Finally, found this one today by @uber5000 that I’ve seen on instgram before.

I love the Uber5000 birds 🐦 but the cat 😻 is pretty boss too.. and the birds are in this one too (those birds 🐦 always make me smile ). .. .
.
He’s got socks with his characters on them – including a pair with Richard Crouse the film 🎥 critic.. Who I passed on the street the day they were announced on @ctvnews (small world 🌍) I didn’t ask if he was wearing the socks but I saw them in a store 🏪 window last week.. Cool 😎 .

Anyway – took the long way home 🏡 after another appointment.. these long walks are paying off as far as finding 🎨 and my jeans 👖 were a little looser.. which is a good 😊 thing in Canada 🇨🇦 during winter ❄️ time 😊 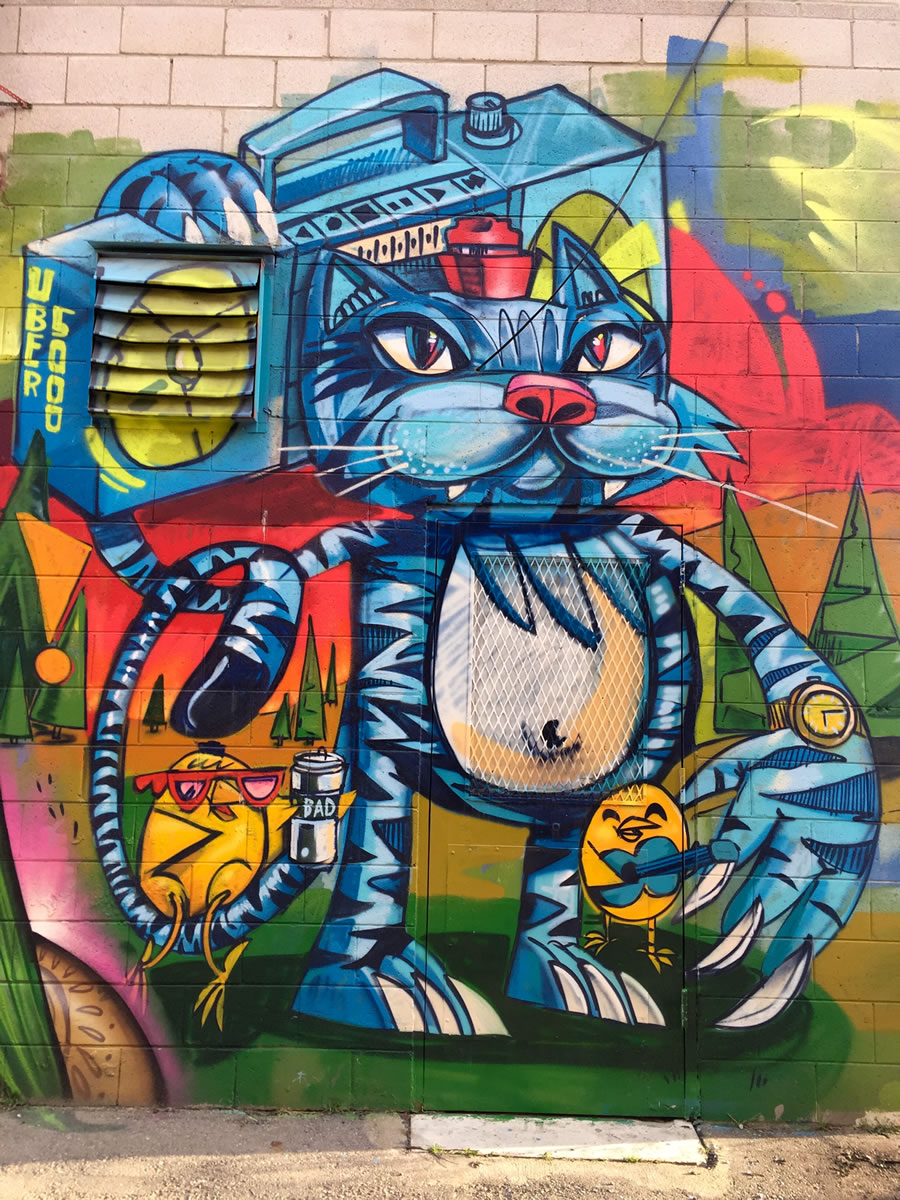 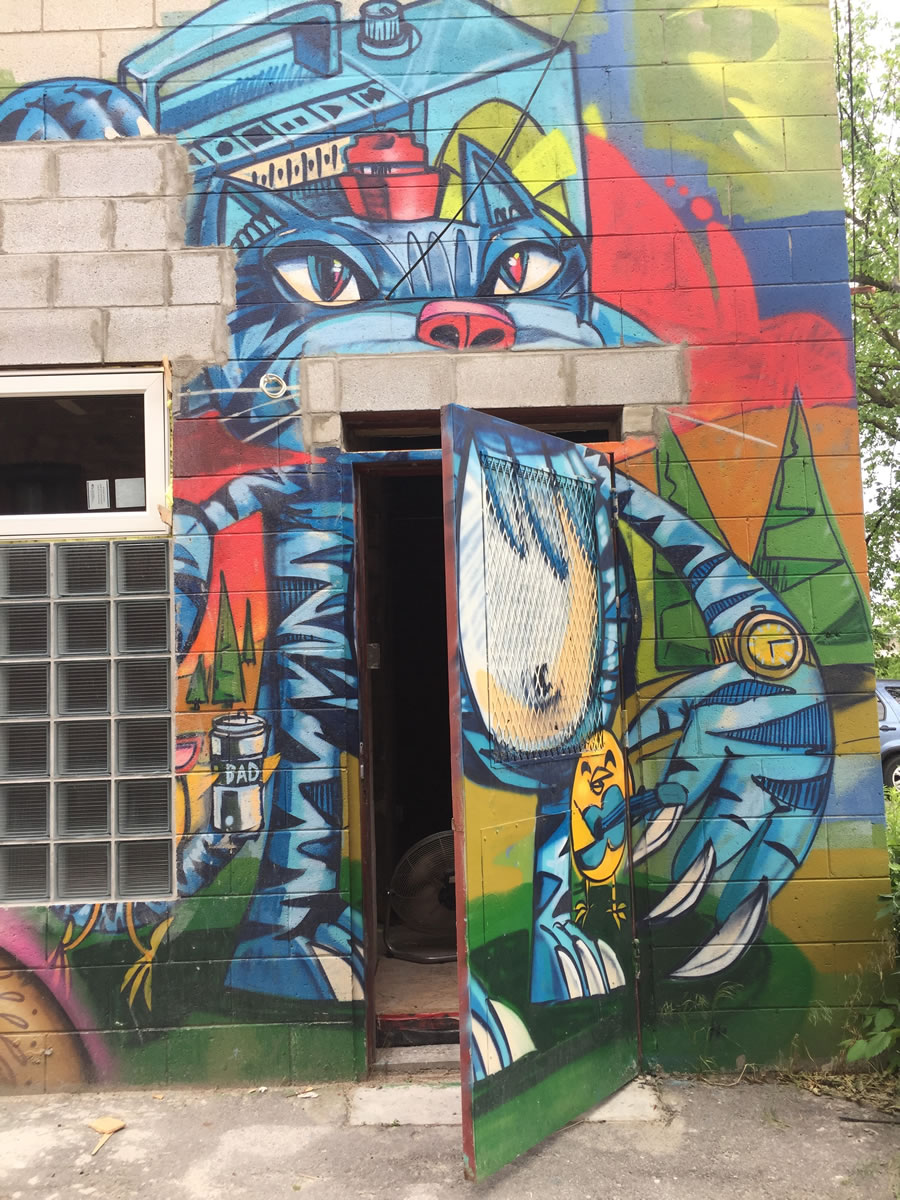 – Its been altered is the best way that I can describe this.