This March has been especially cold and we are talking COLD with a windchill. That makes urban exploration difficult to say the least. I did some exploring when I could but I caught a bit of a cold. These are the best of the month so far. It’s supposed to warm up later .. so stay tuned.

As you can see from this picture there was more unwanted snow. This carving in High Park however stands out in the winter months. Sometimes in the summer I can never find it.

I walked by this little gem so many times and never thought to take a closer look. I guess the bleak winter weather made this pop out last week (just like the tree). It’s unsigned.

Another sticker.. and this is a band. I had to google to find out.

I don’t know how else to describe this. It’s just some paint blobs that someone stuck on the fence. I’m kinda liking it.. Art is where you find it.

This has been in the window of the Elaine Fleck Gallery for months now. It’s by Brandon Steen and he calls it “Lucy on Portland”.

The latest Brandon Steen painting. “Lucy On Portland” 36 x 48 inches, Acrylic on Birch Panel, 2019. The building was once owned by Canadian Kodak Co. and Lucy does reside in graffiti as depicted! Currently available for viewing and purchase at the gallery. As with all of Steen’s work, it will be purchased quickly. APRIL 2019 BRANDON STEEN’s SOLO EXHIBITION at the ELAINE FLECK GALLERY.

It’s actually a painting of a mural by Maf

And I'll throw in Lucy as "Bad Girl" 👧 by the same art 🎨 shop 🏪 @mafshop.worldwide … as the previous one… Because she's right across the street.. . . And she is the original bad girl…. . . The way she tormented Charlie Brown and had that phoney psychiatrists booth going and all she really wanted was Schroeder…. . . Rihanna and Madonna can't even compete… Lucy will still be going after long after them .. . . . . #art #mural #muralsdaily #rsa_graffiti #dsb_graff #Graff #graffitiporn #streetartists #streetart #streetartist #streetartistry #aerosol #spray #sprayartist #urban #wallgraffiti #wallporn #urbanart #urbanexploration #explore #artmural #montanacans #instagraffiti #instagraff #graffitiart #sprayart #instaart #lucy #mtn94 #spraypaint .

Gosh it was so cold when this graffiti covered truck passed by. I debated taking the gloves off for a snap.. but I am glad I did. 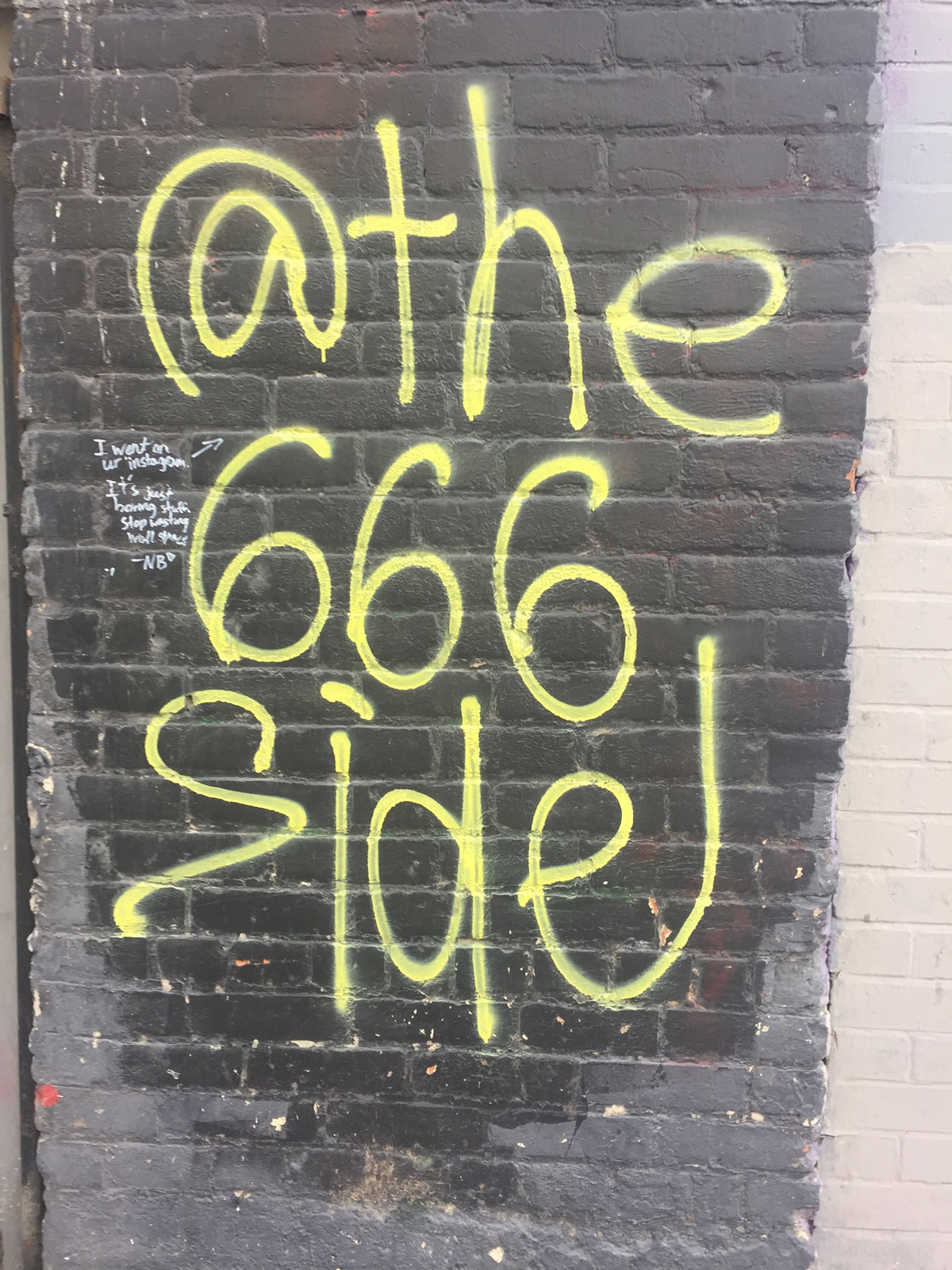 This graffiti was on the side of building. 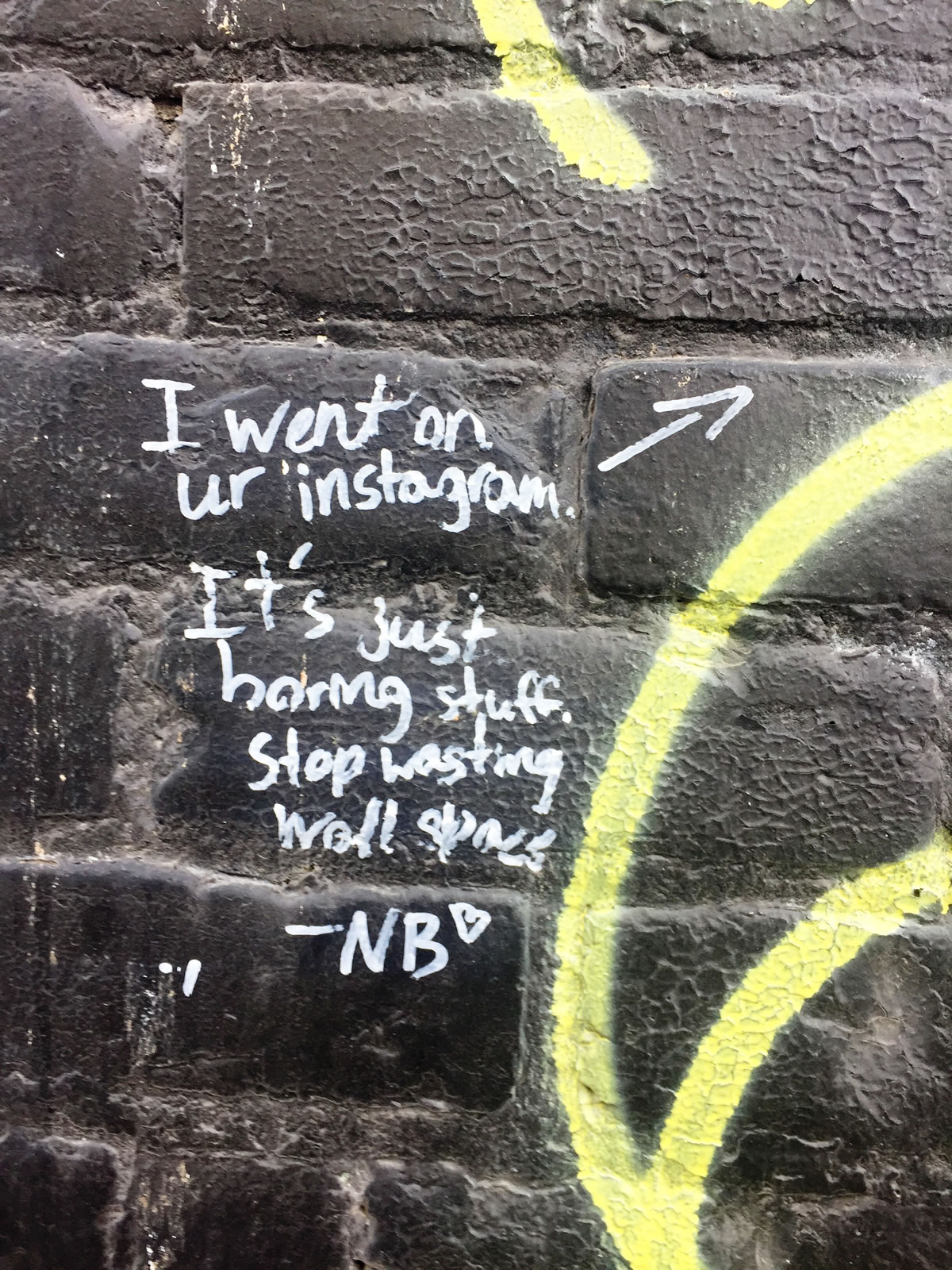 Judge for yourself.  https://www.instagram.com/the666side/. they have over 4000 posts.. and that is all I can really say.

After I posted that Young Jarus post last week. I decided to pop back in that same alley. I realized I hadn’t been down there in a long time. There were some definite changes. 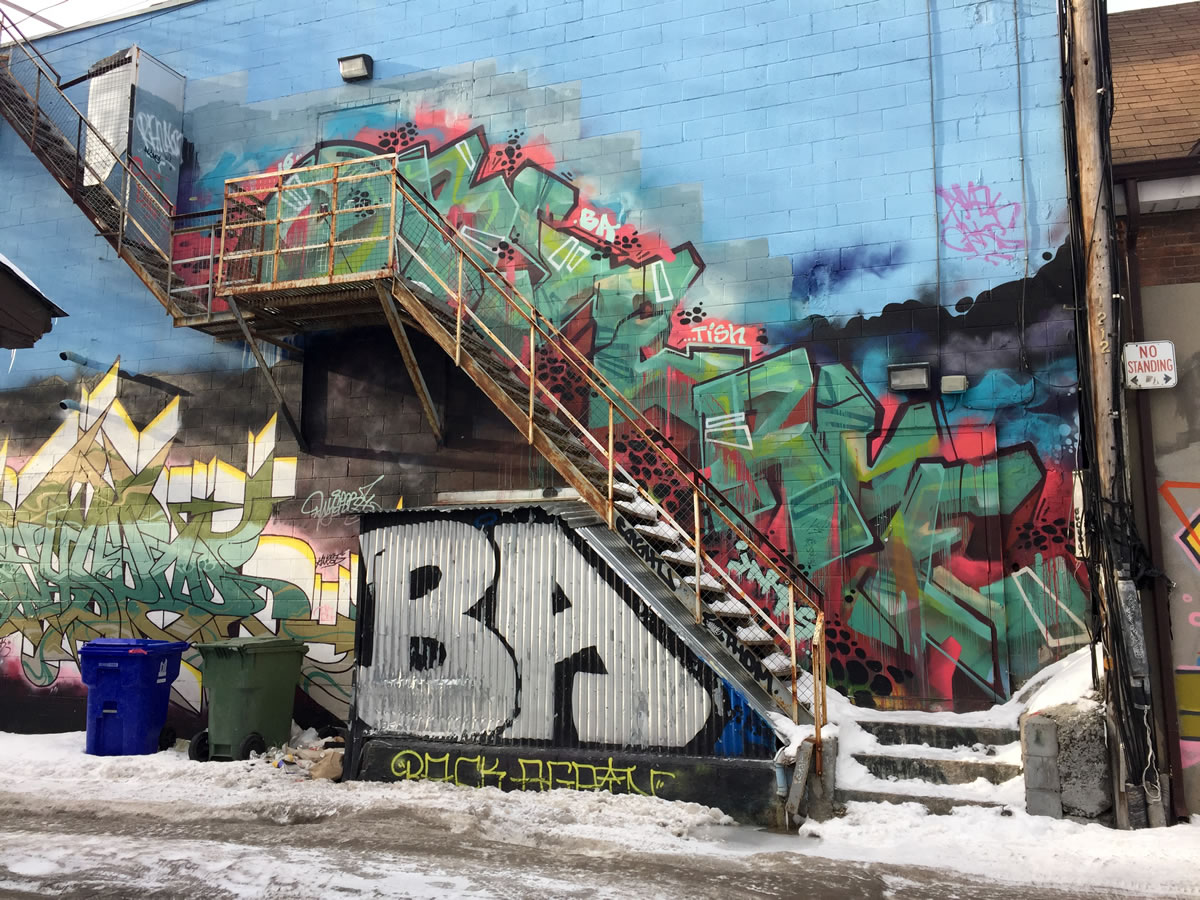 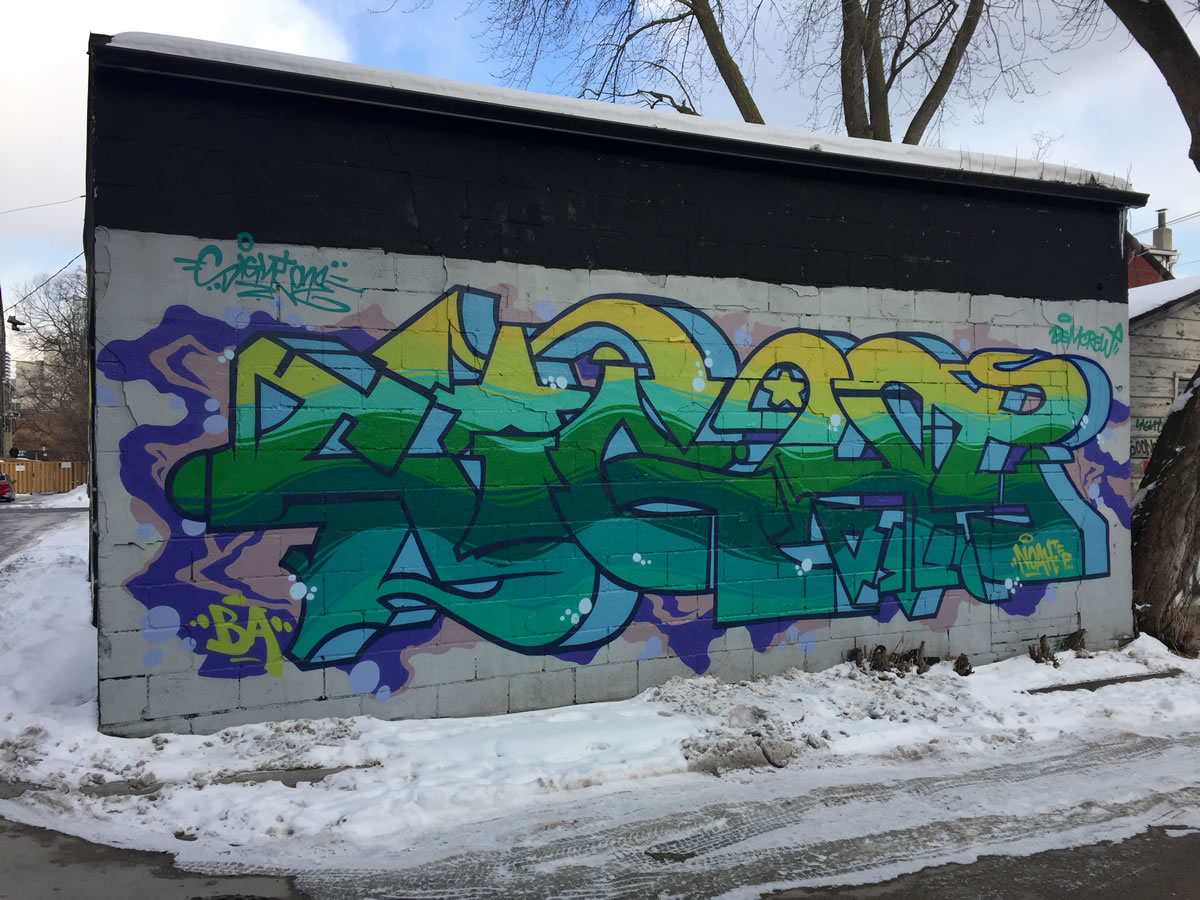 I found a lot of graffiti burners like this one. 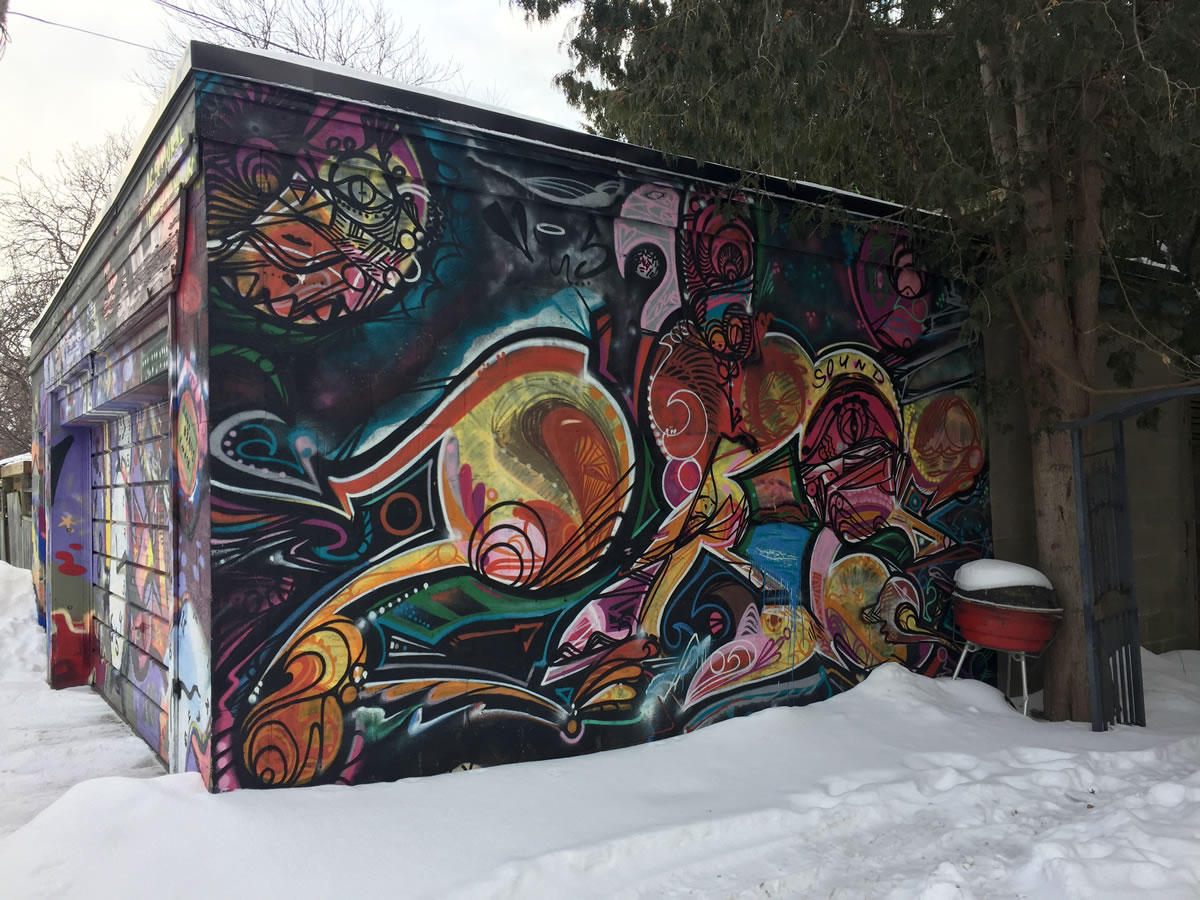 This side mural appears to be the work of Jimmy Chiale. 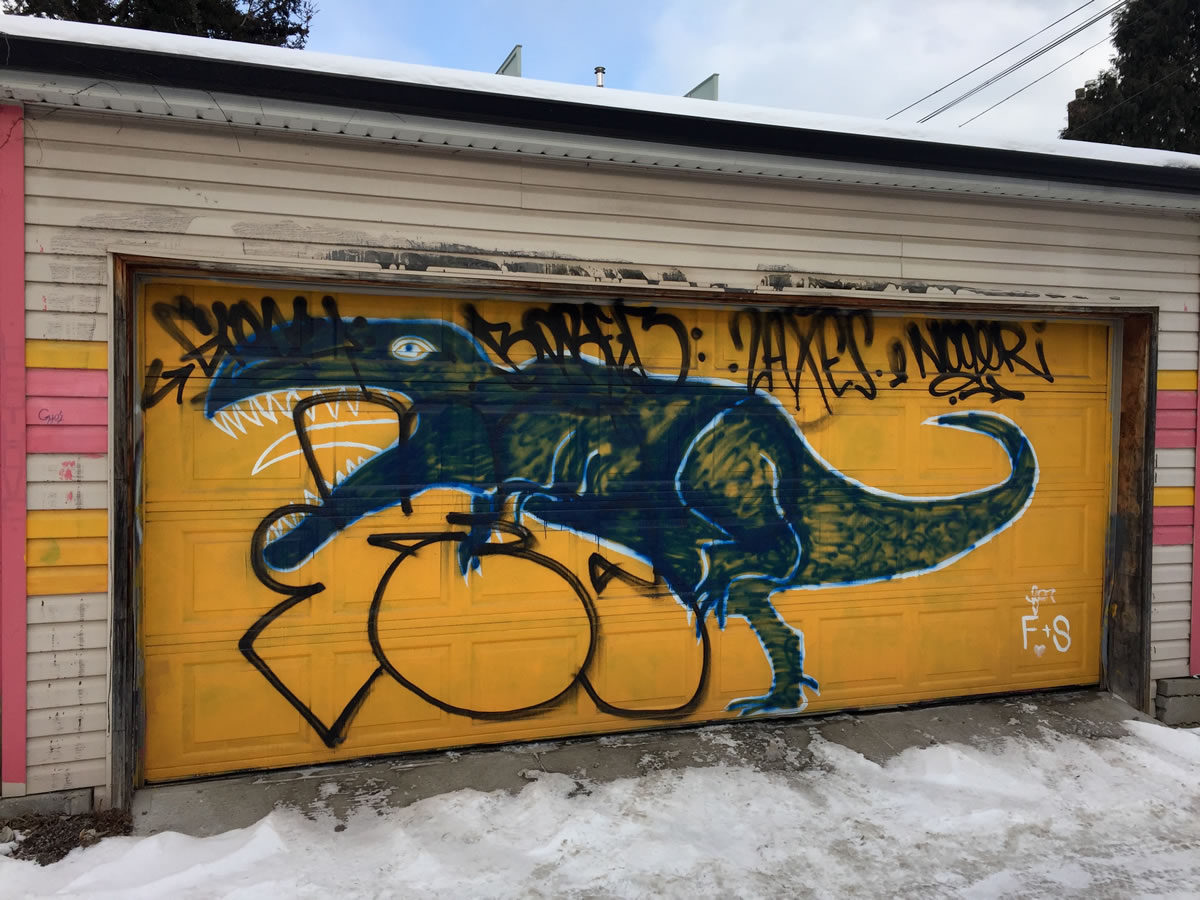 I found a dinosaur. 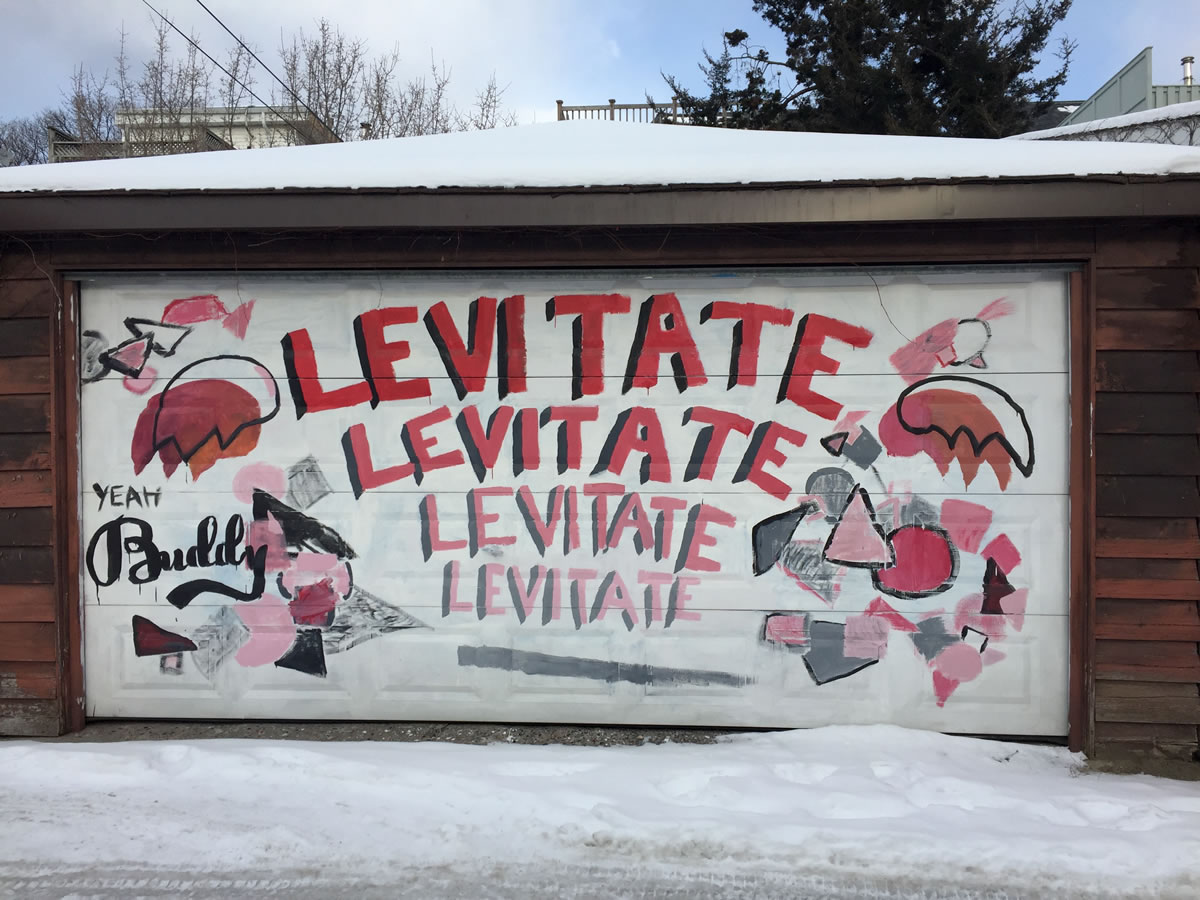 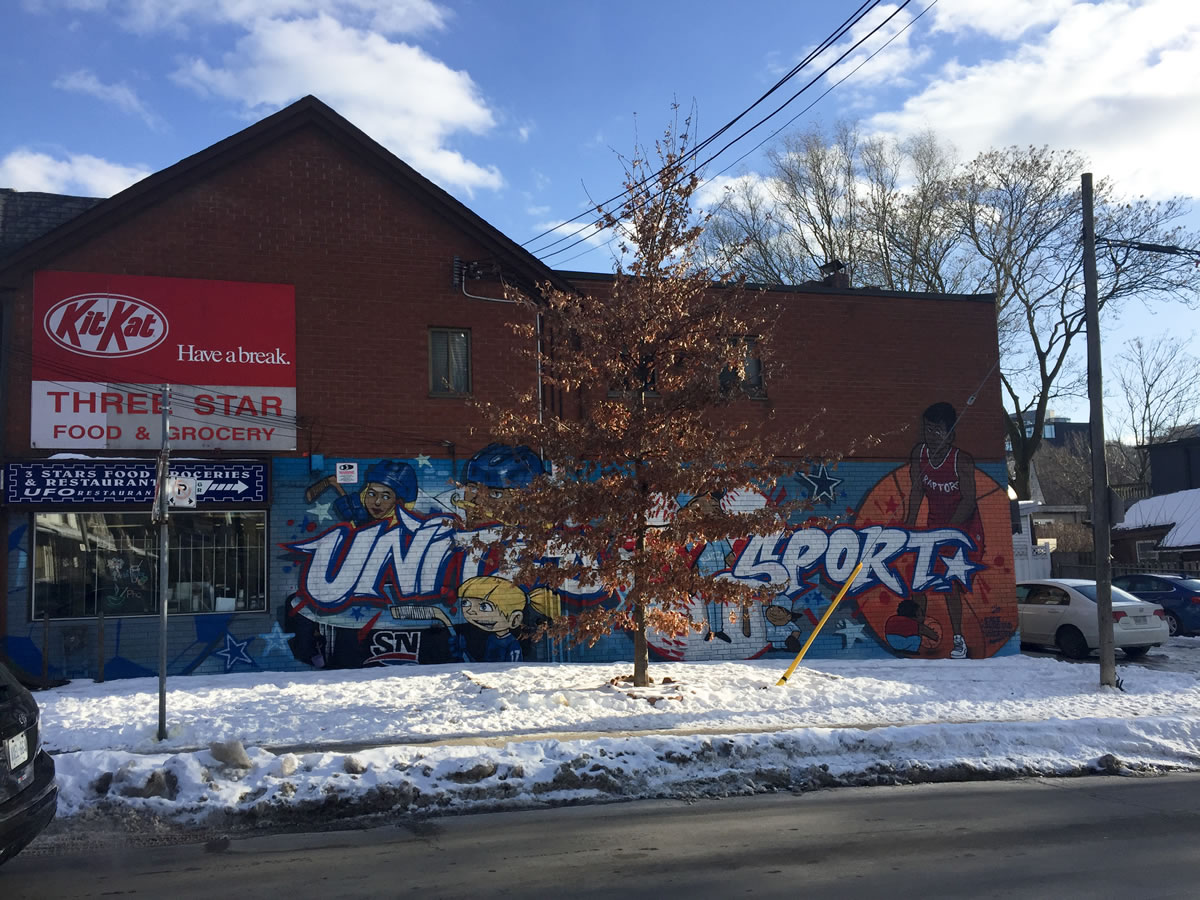 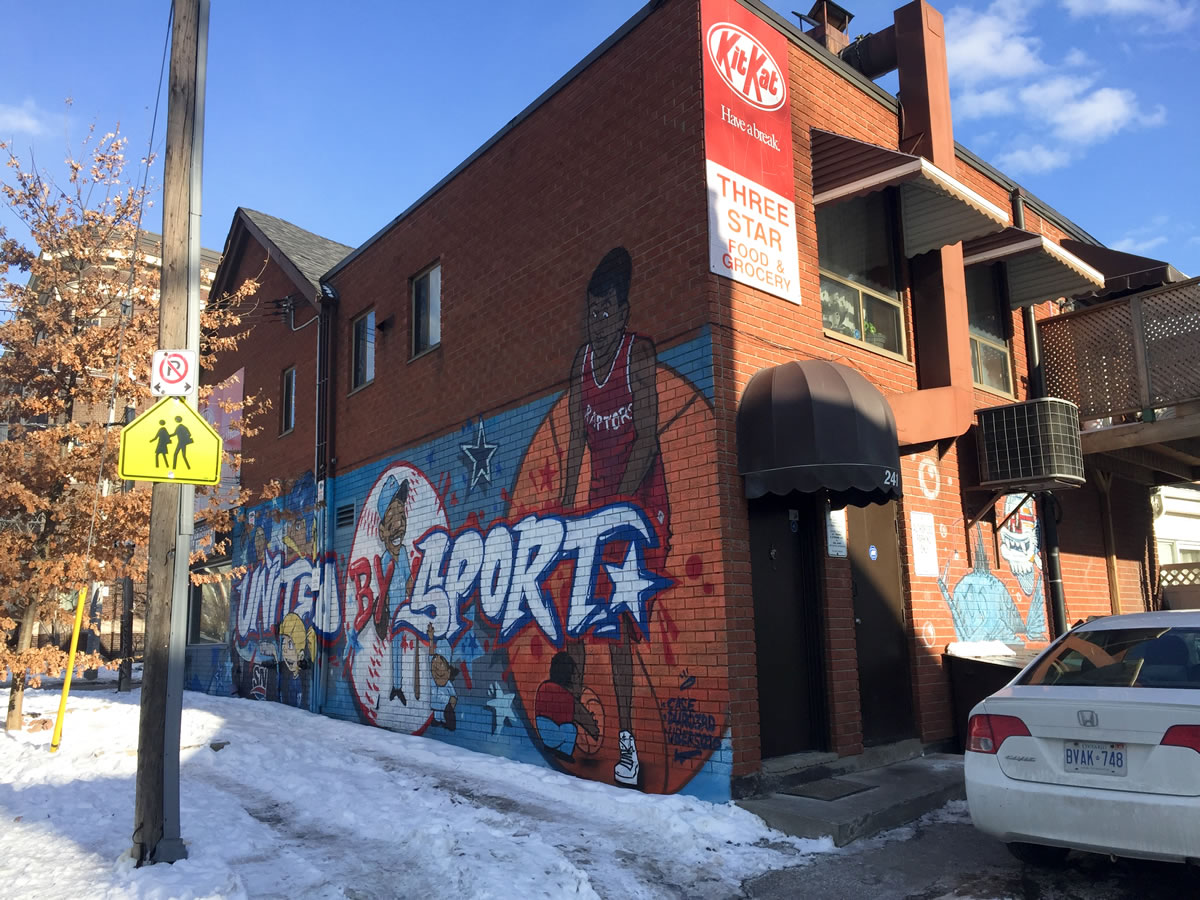 “Unity by Sport” Mural. It’s hard to see this in the summer because of that tree. 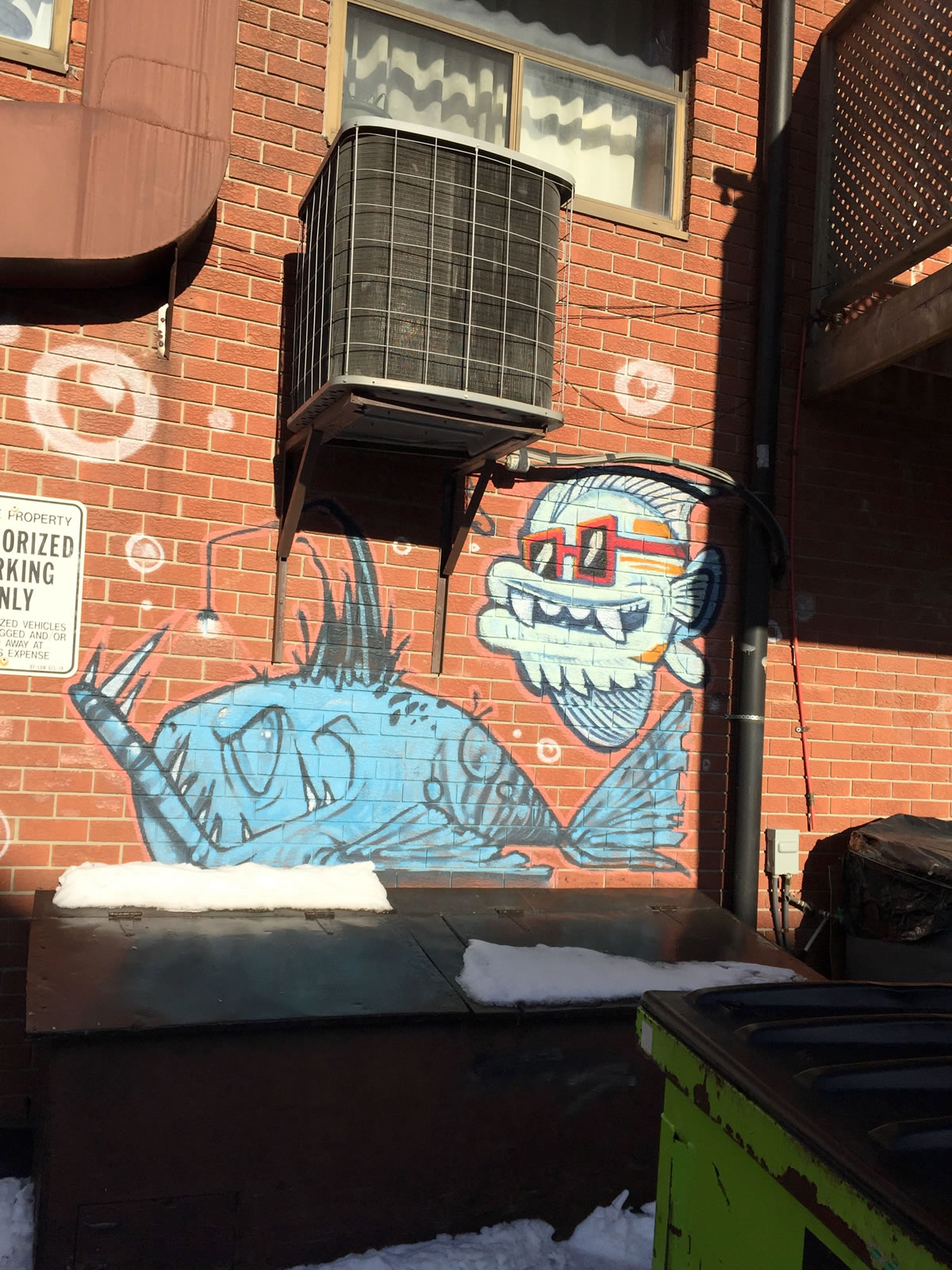 I don’t know if this is by DuroThird .. but I found it in back of the same building. 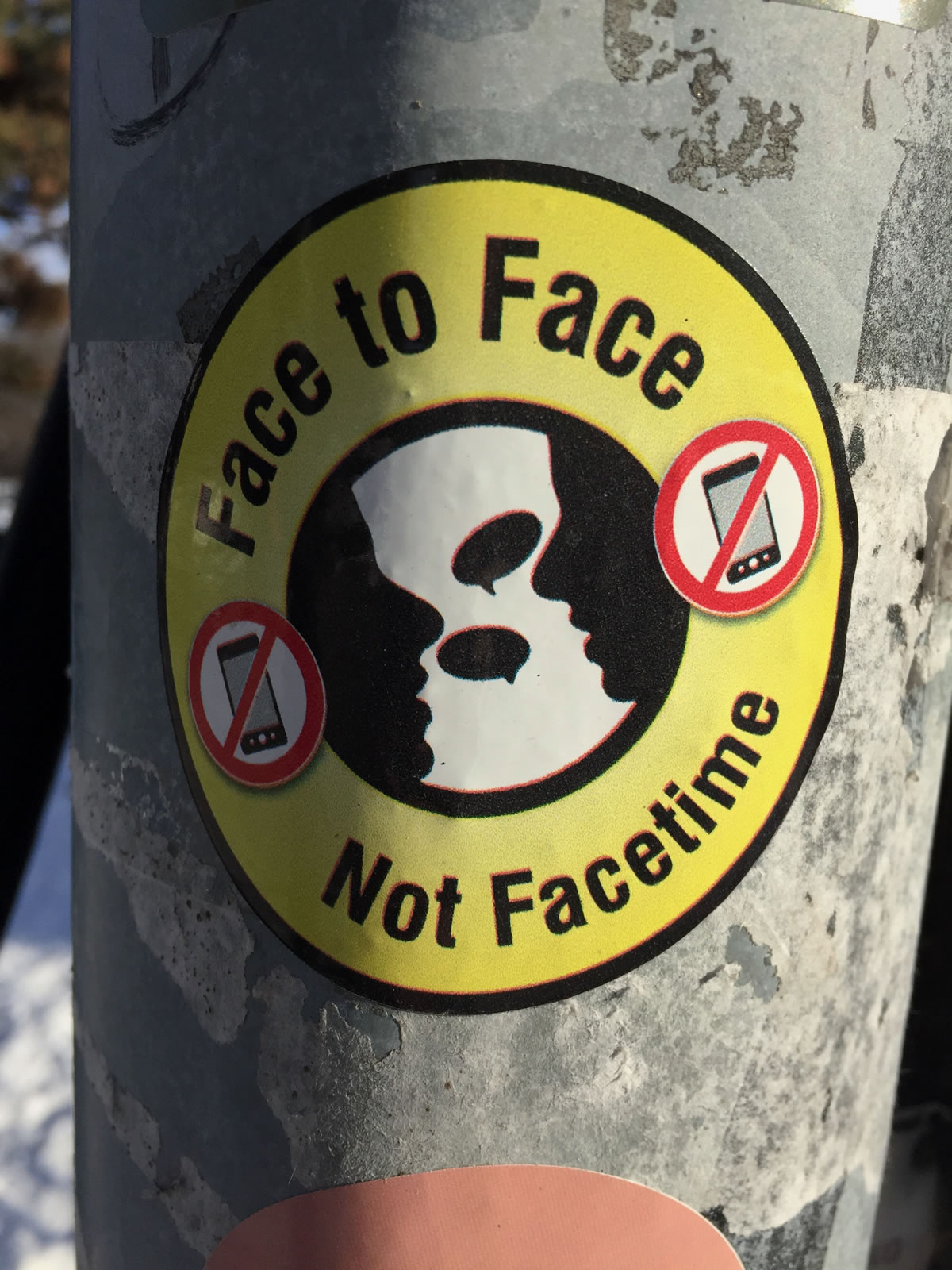 Some sticker graffiti in a little park. 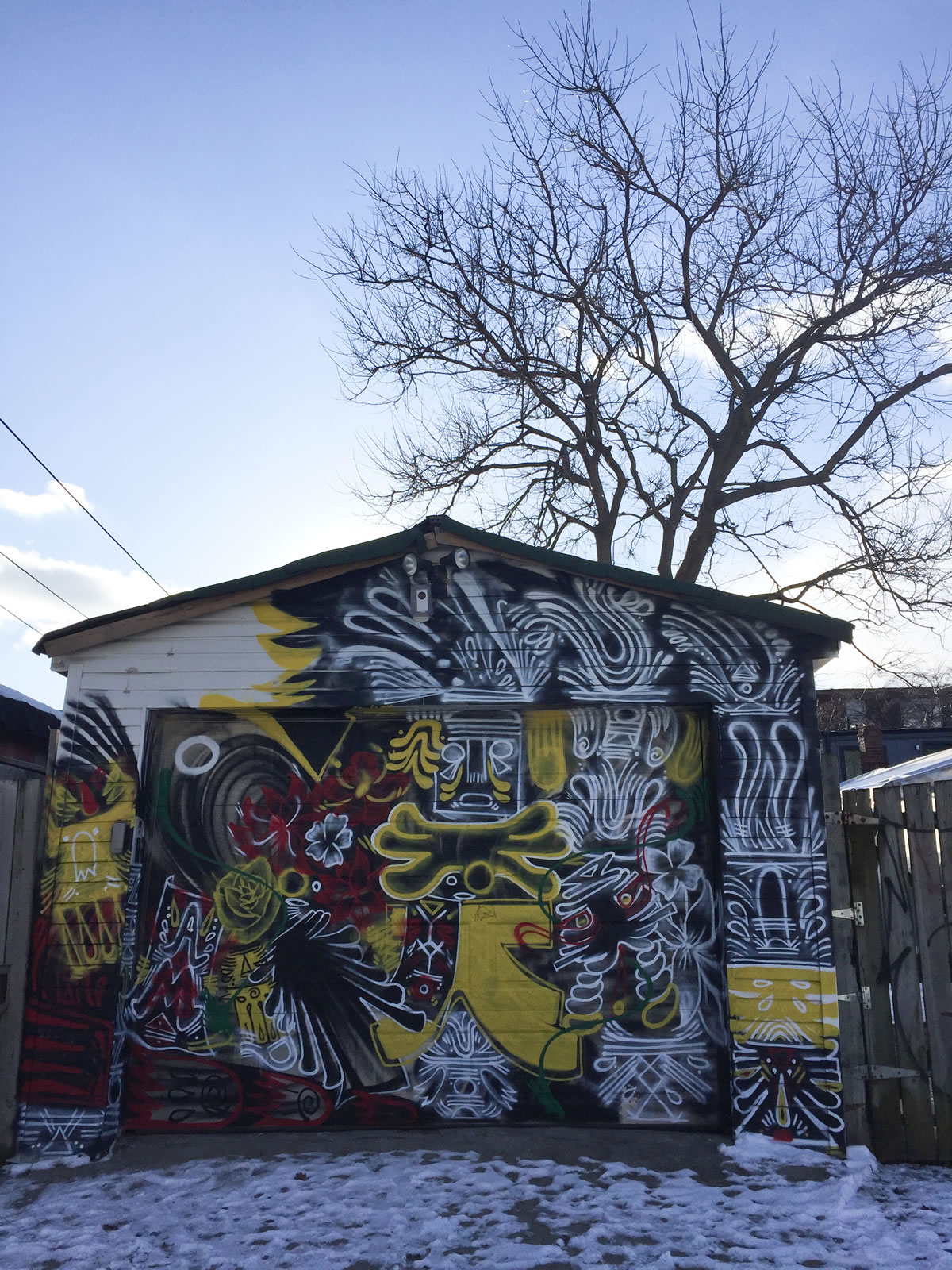 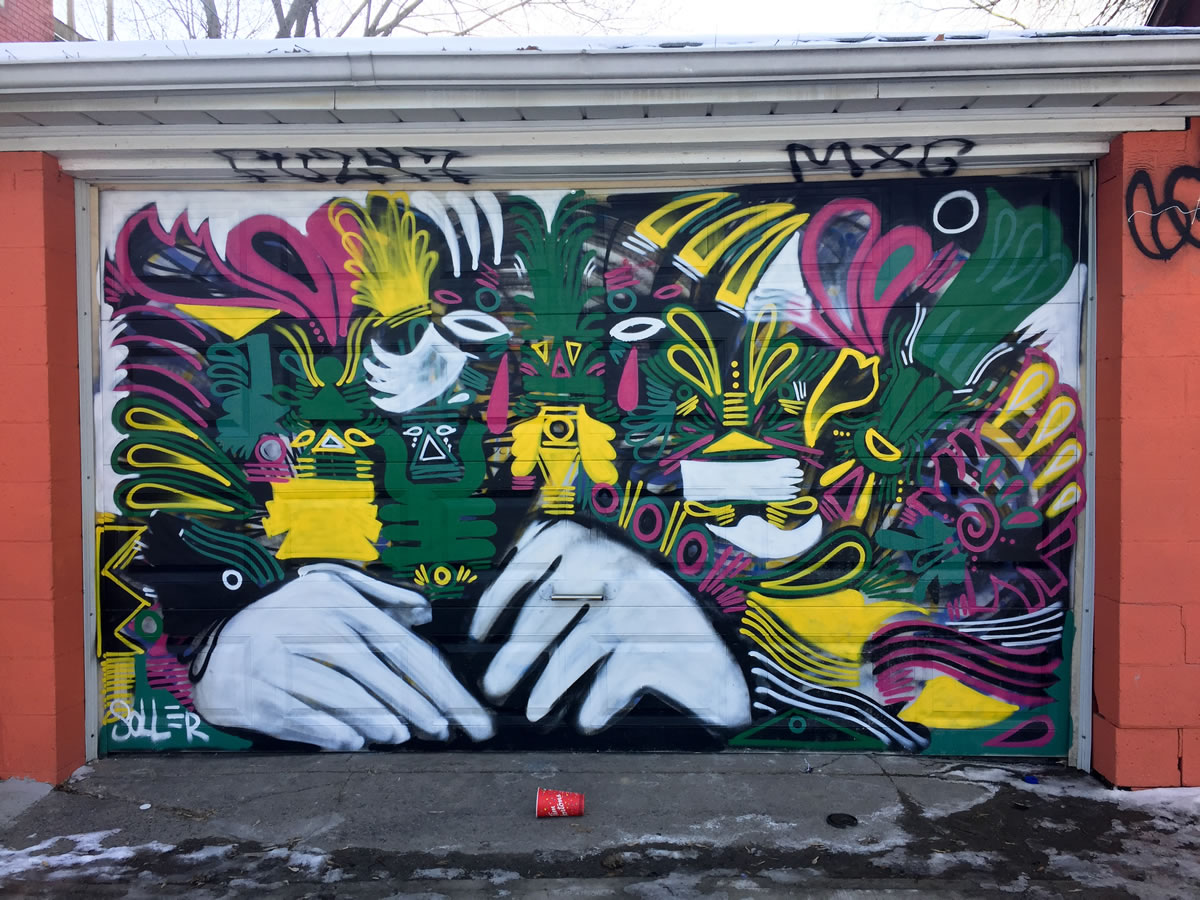 Mural by Dave Setrakian for another condo development

It used to be a hotel for people with very few means:

An Interesting article about the building and the people:

Wasn’t sure whether to post this or not.. especially, so close to Women’s Day. But the anger that someone spent making this should be exposed. SMH