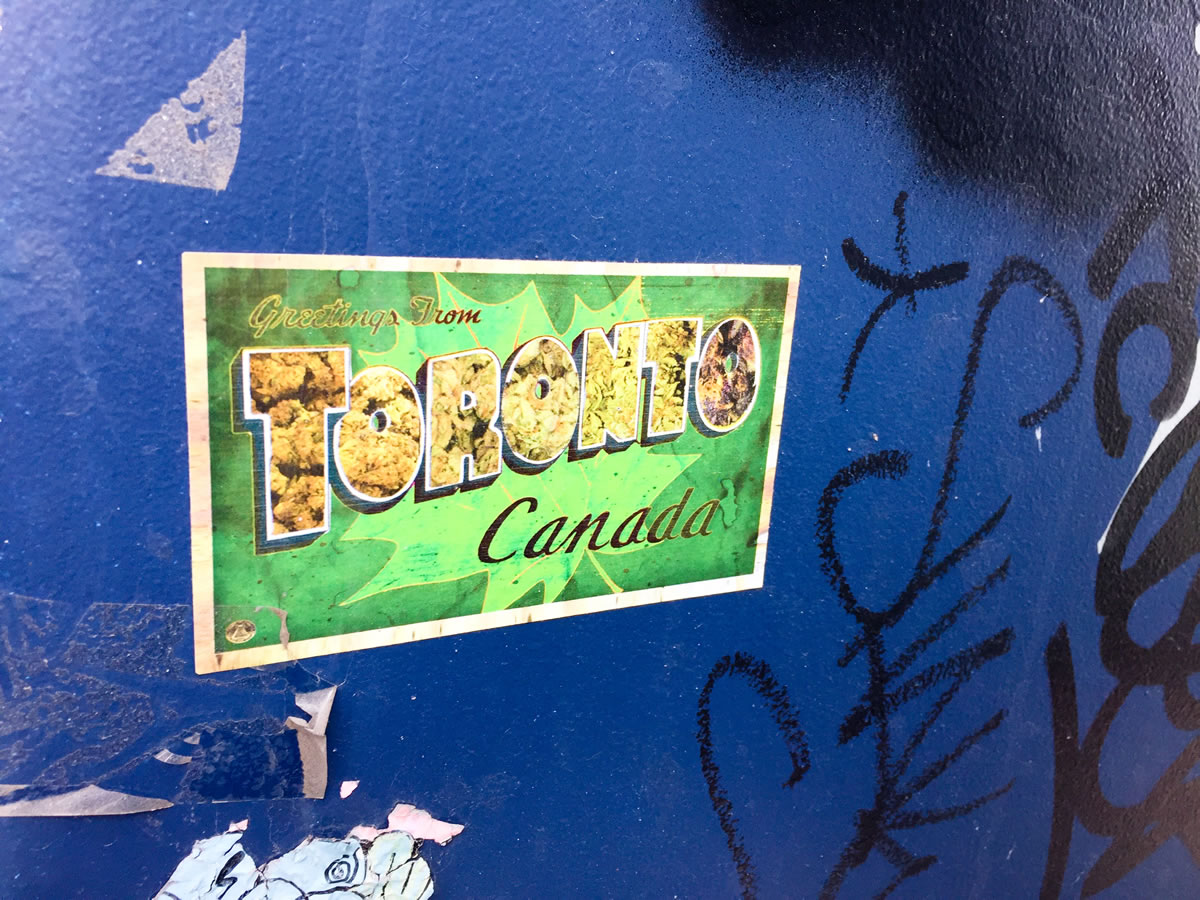 Looks to be marijuana buds in the letters. 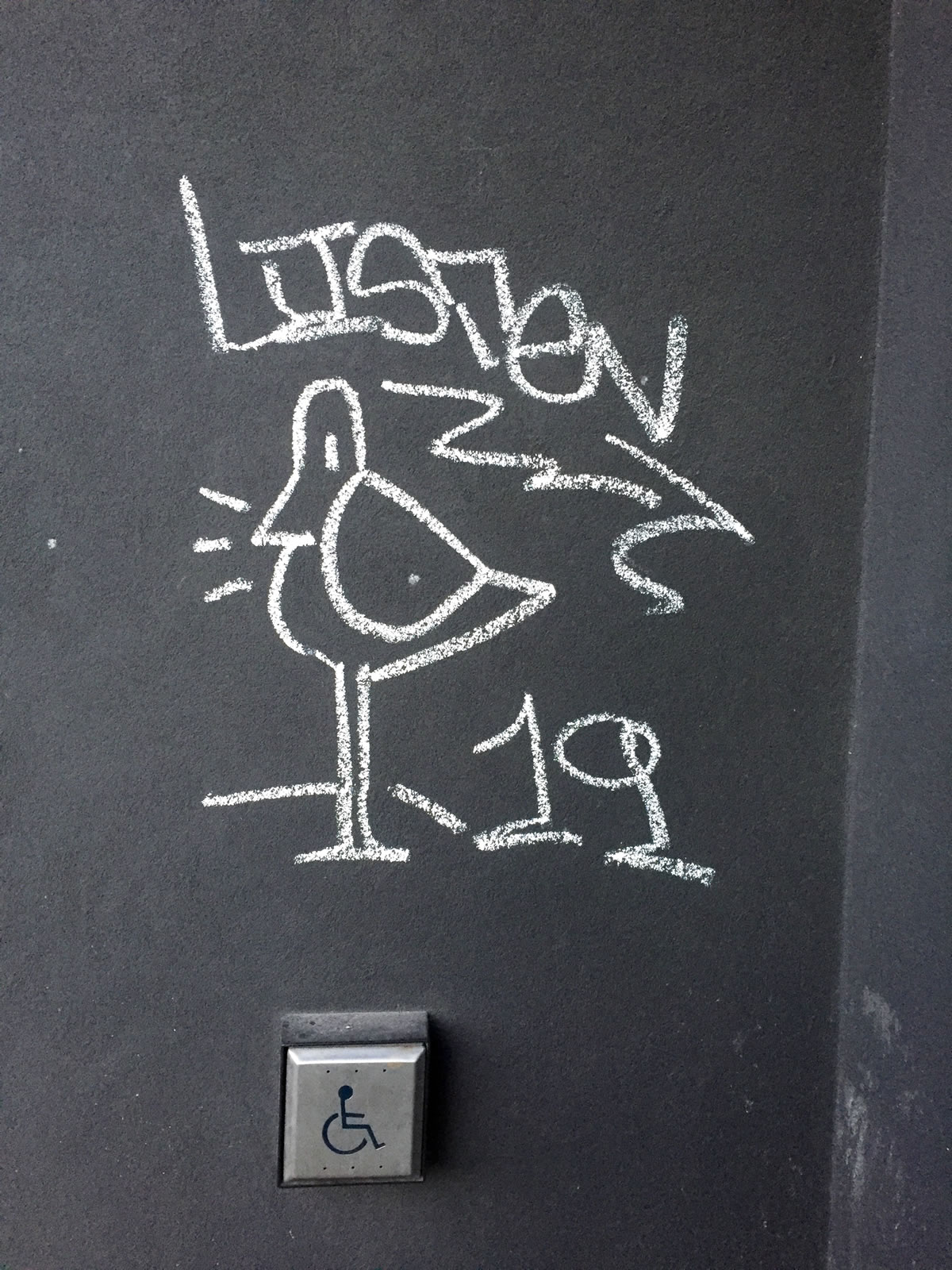 I haven’t seen any Listen Bird graffiti this year until this one. 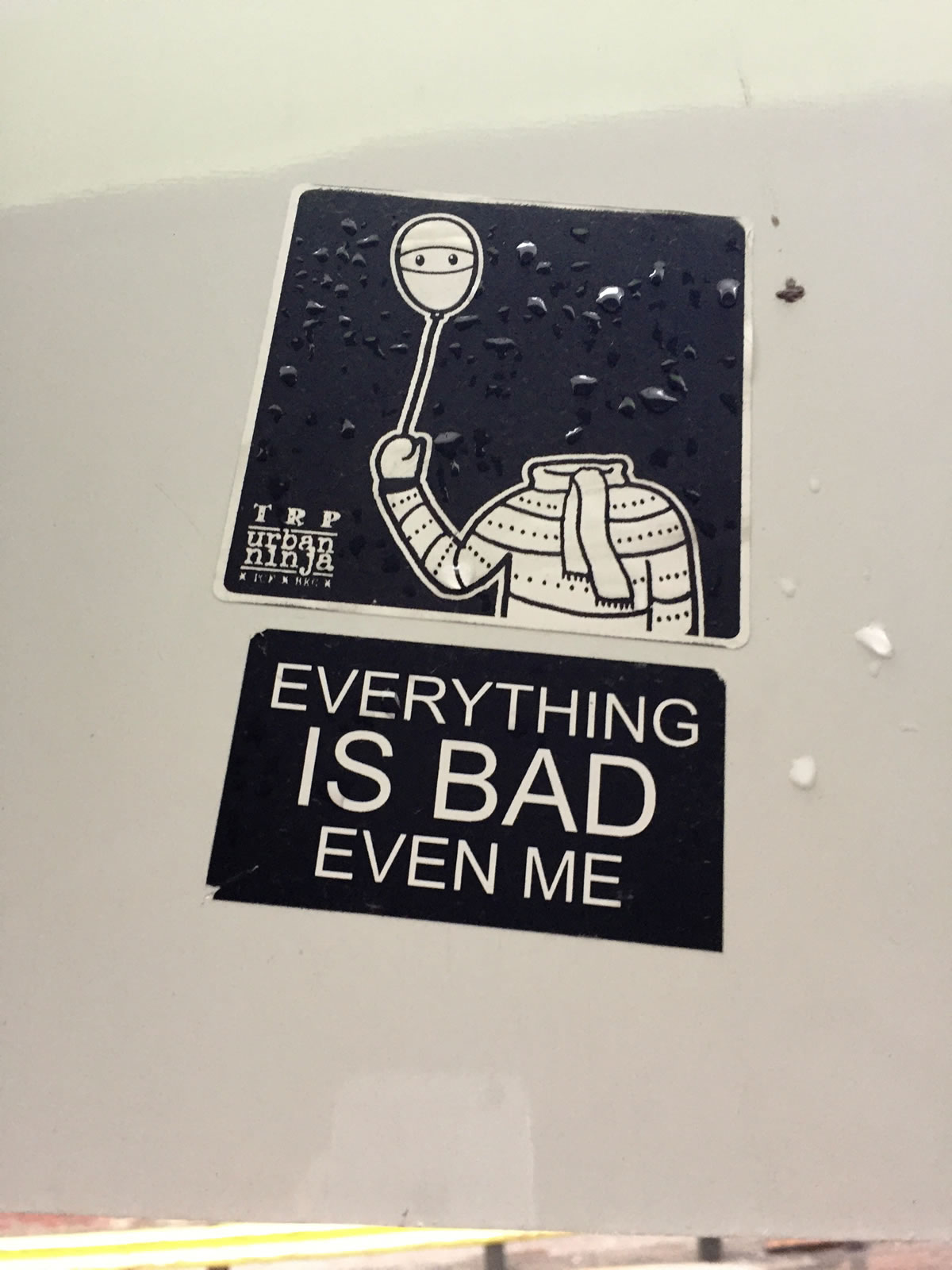 Cool sticker.. the one above is by Urban Ninja Squadron.

We Still Grieve: Toronto’s National Day of Action on the overdose crisis. 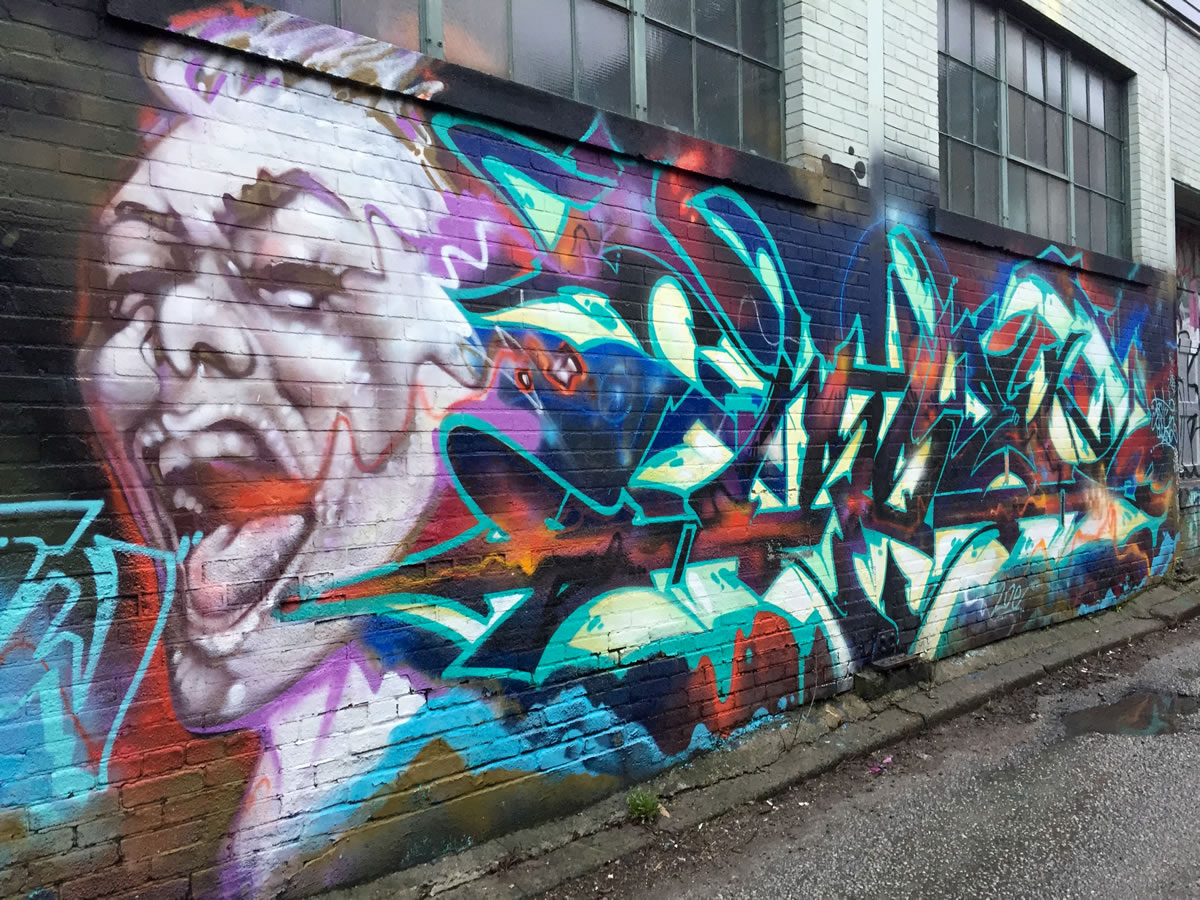 This mural by ArtChild is down an alleyway with lots of other murals.

I honestly don’t know what this project was about. I see it almost every week. They should put a placard at some of these mural sites. That would come in handy when you stumble upon them years later. 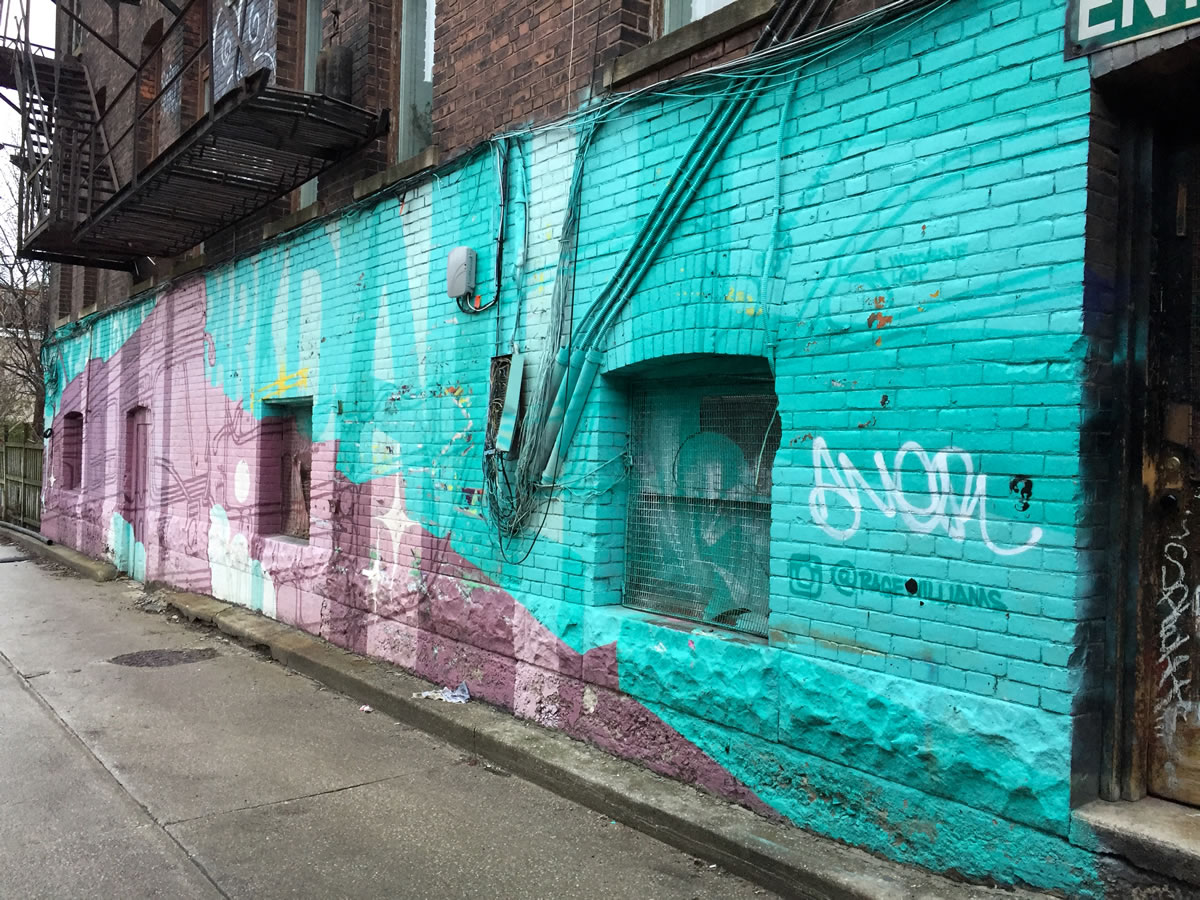 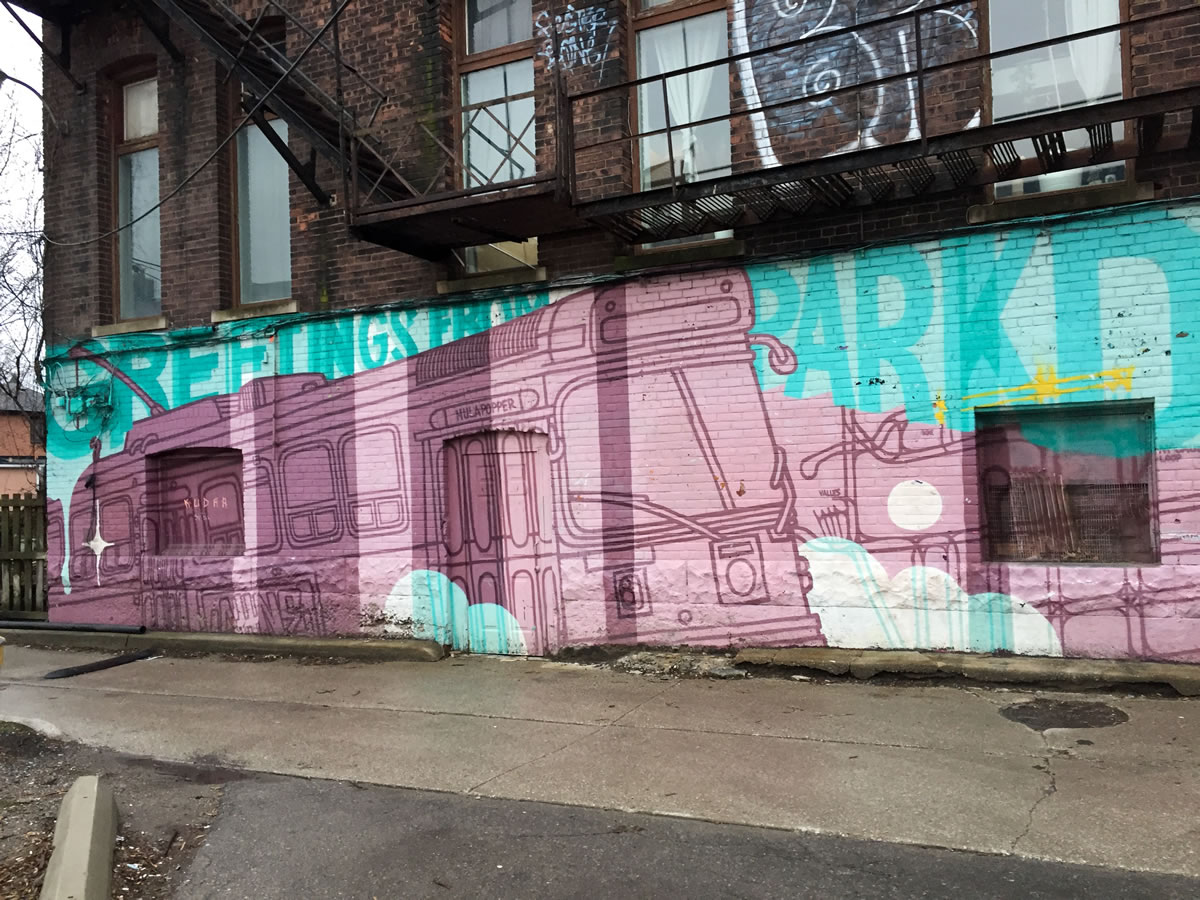 “Greetings From Parkdale” by Rage Williams 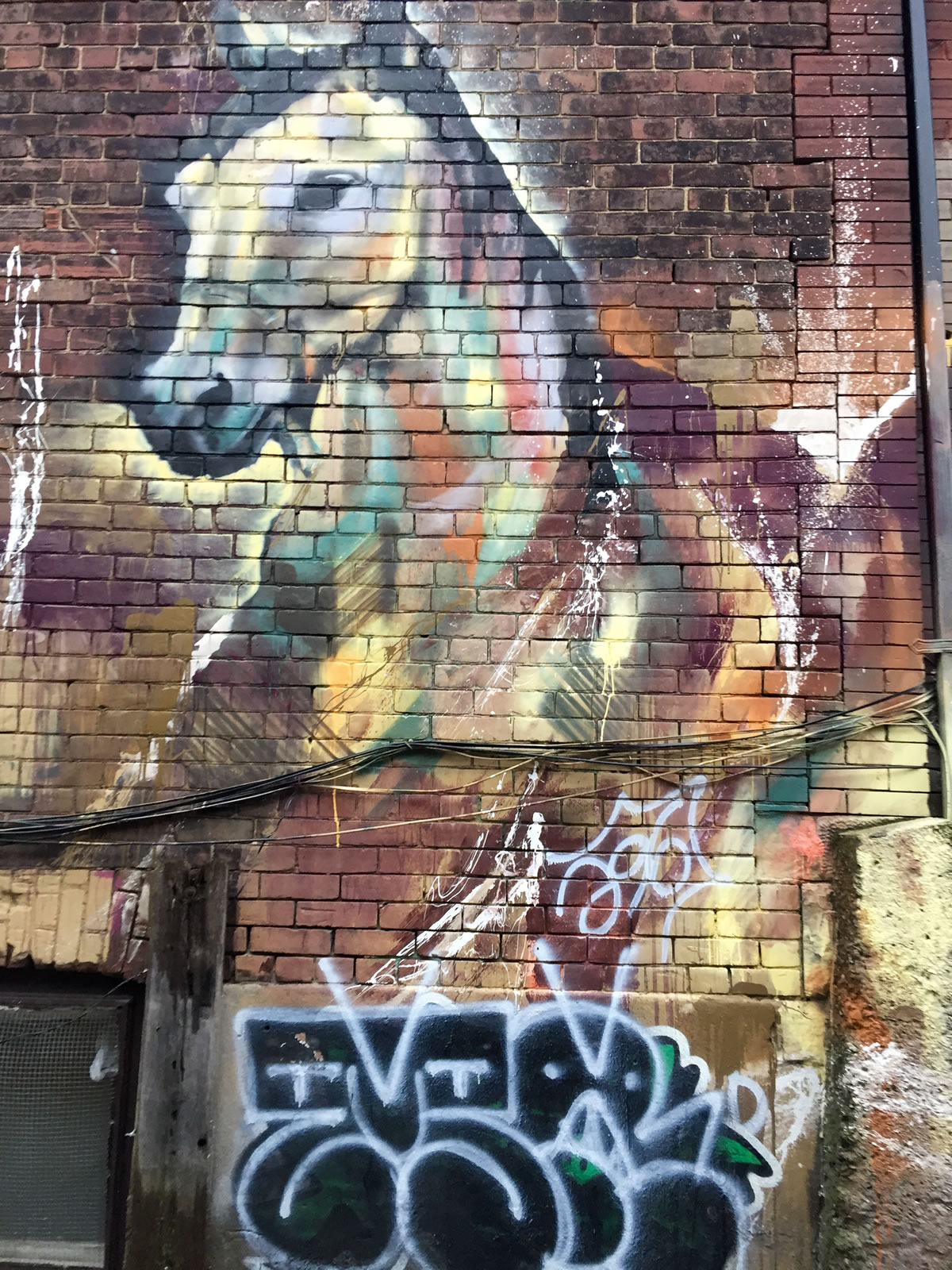 I found another blog that has better pictures of the ‘Milky Way ‘than I do. (it’s a little slow FYI) 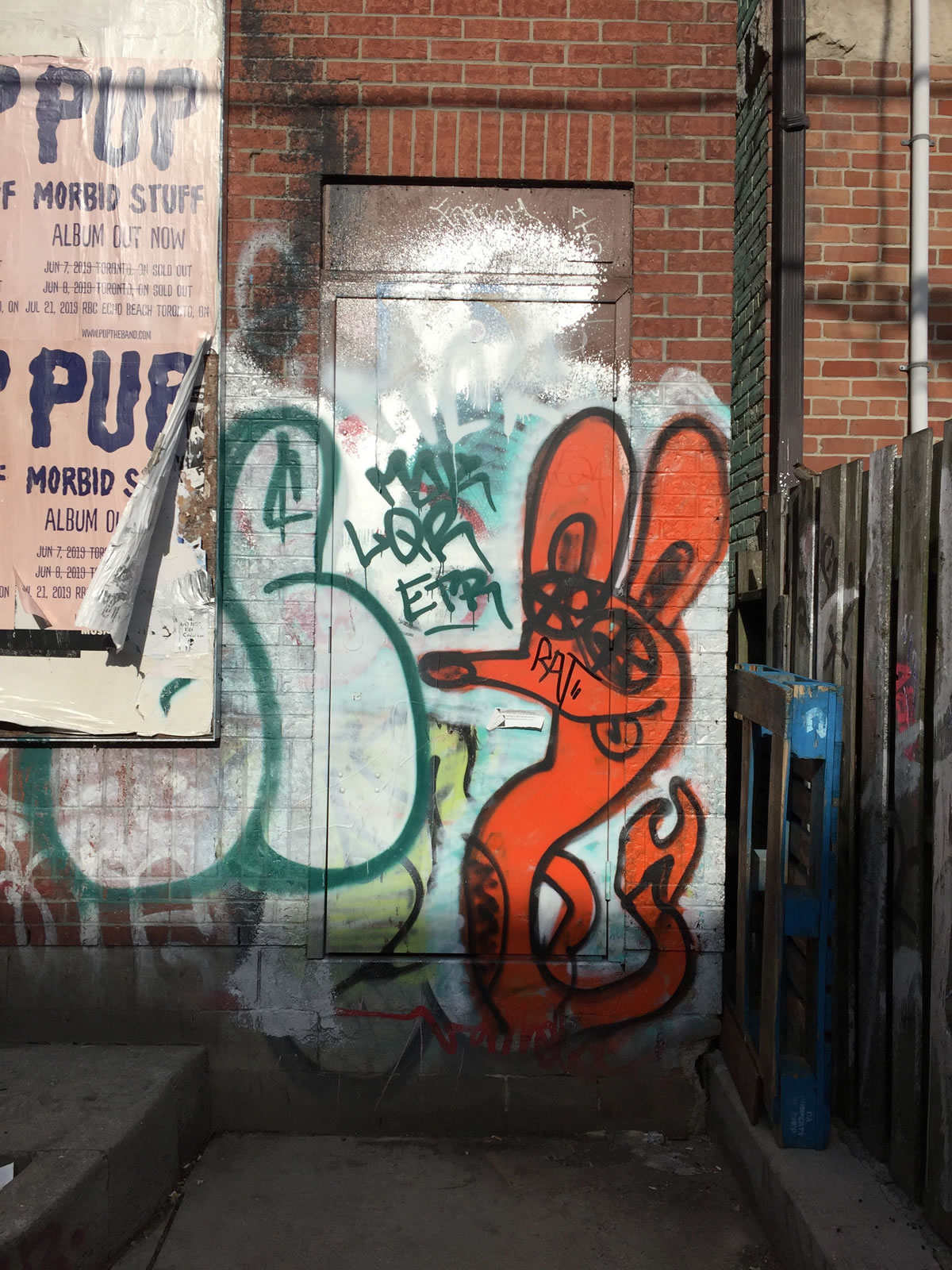 The graffiti mouse is still popping up everywhere.

I Hope Your Day is as Nice as Your Ass Sticker 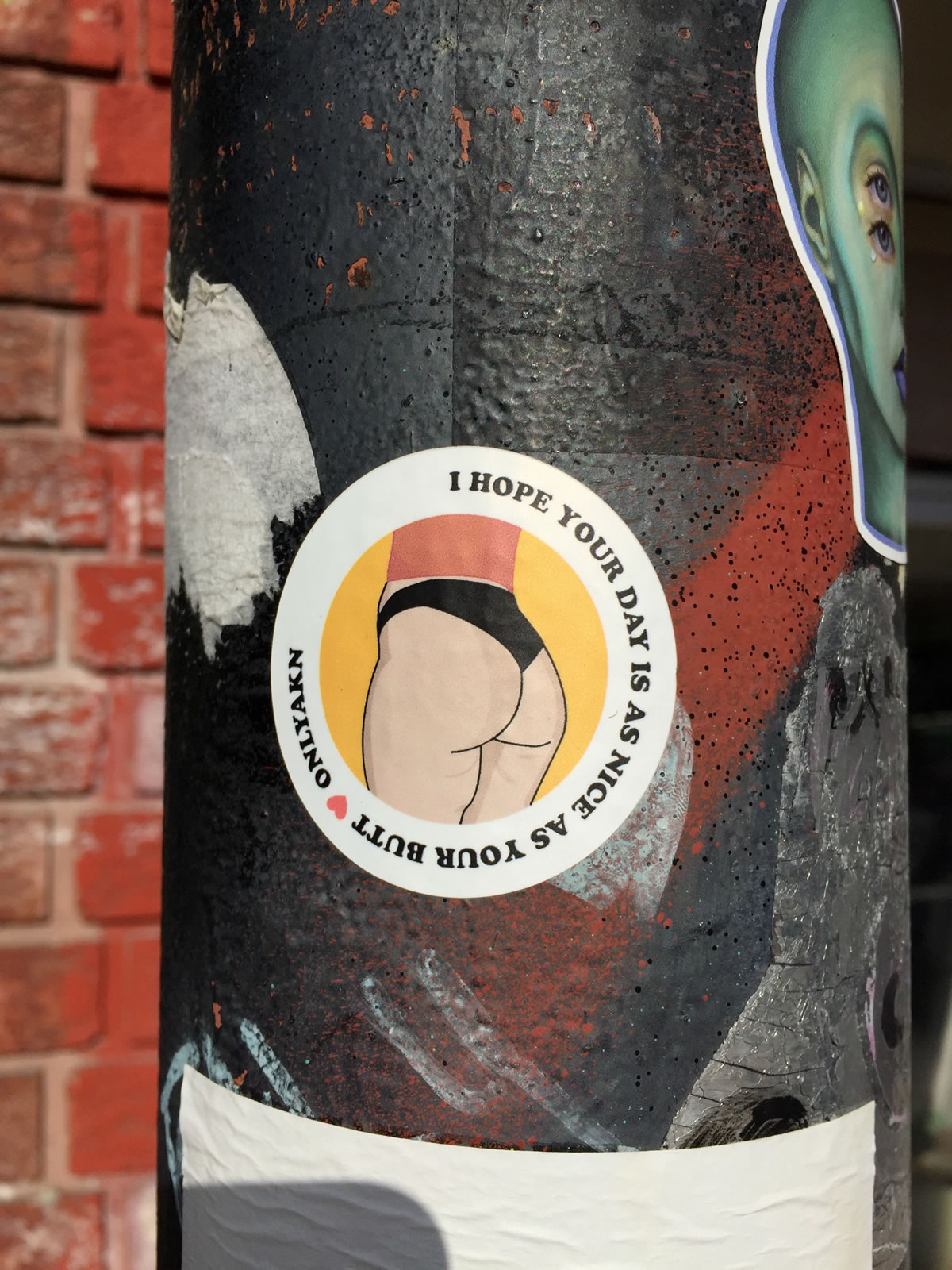 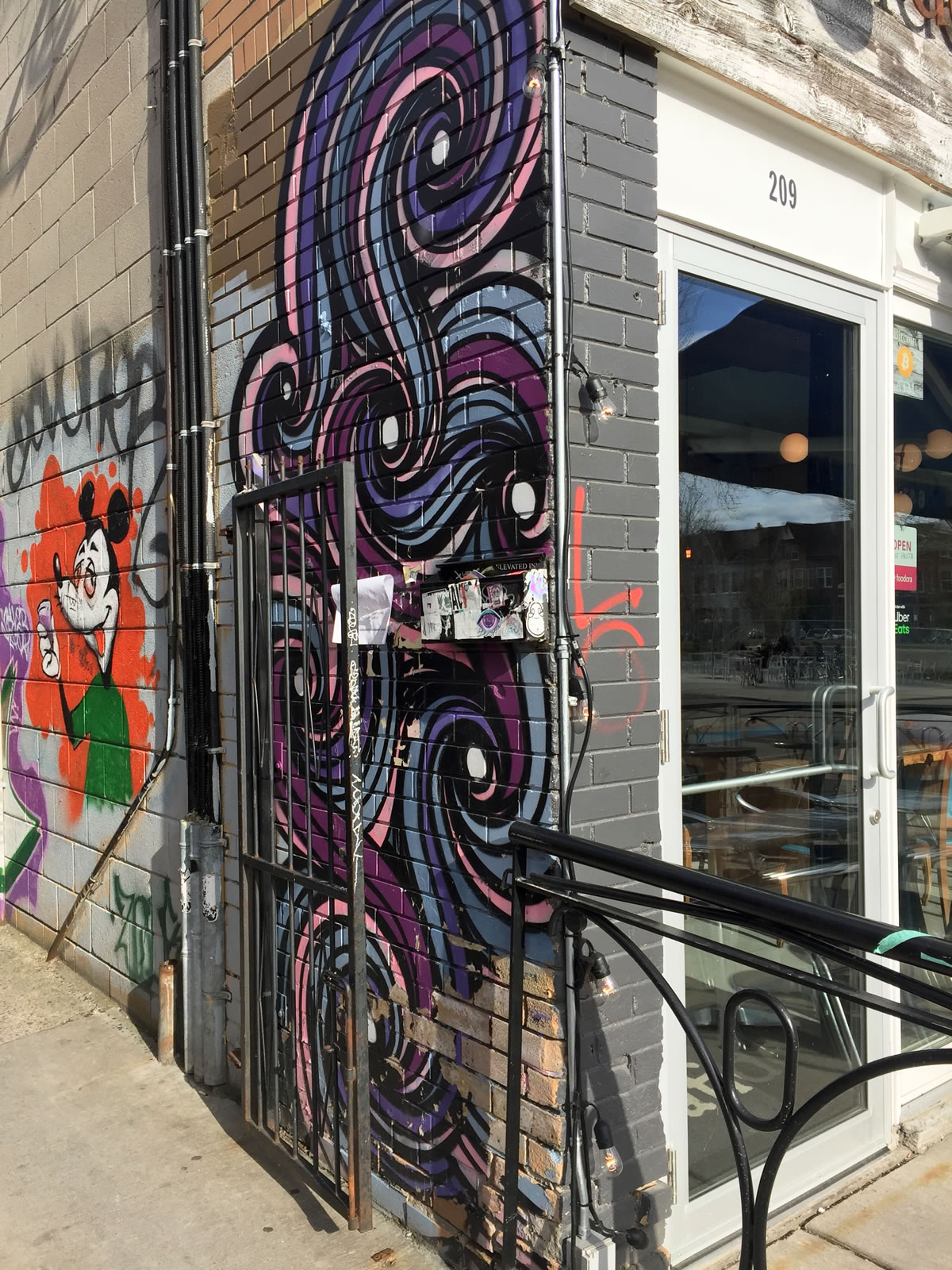 Found another Flips BSC mural in Kensington. This one looks like it been there awhile. 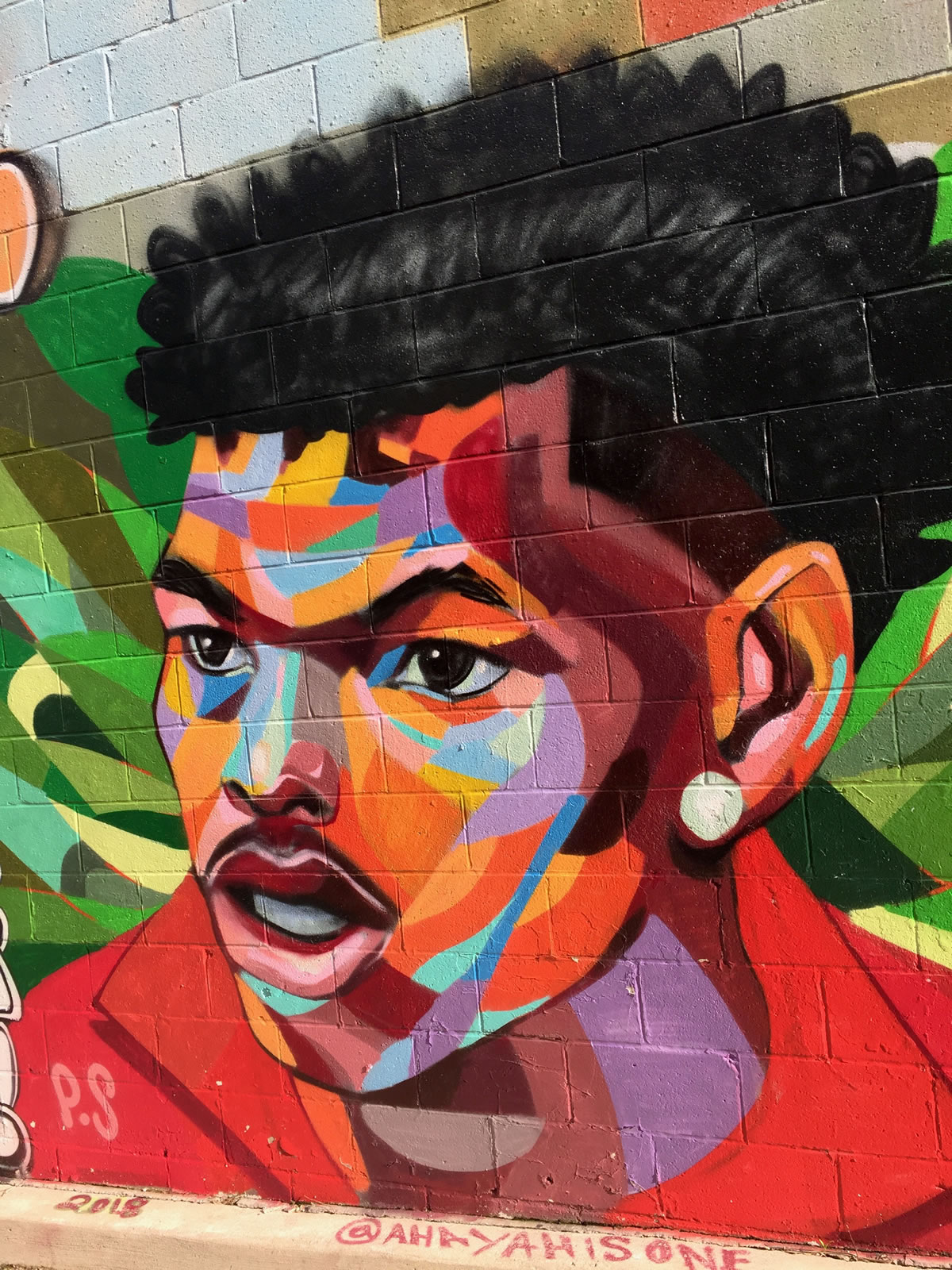 He changed his name to Ahayahisone on Instagram so some of my tags are not working now. 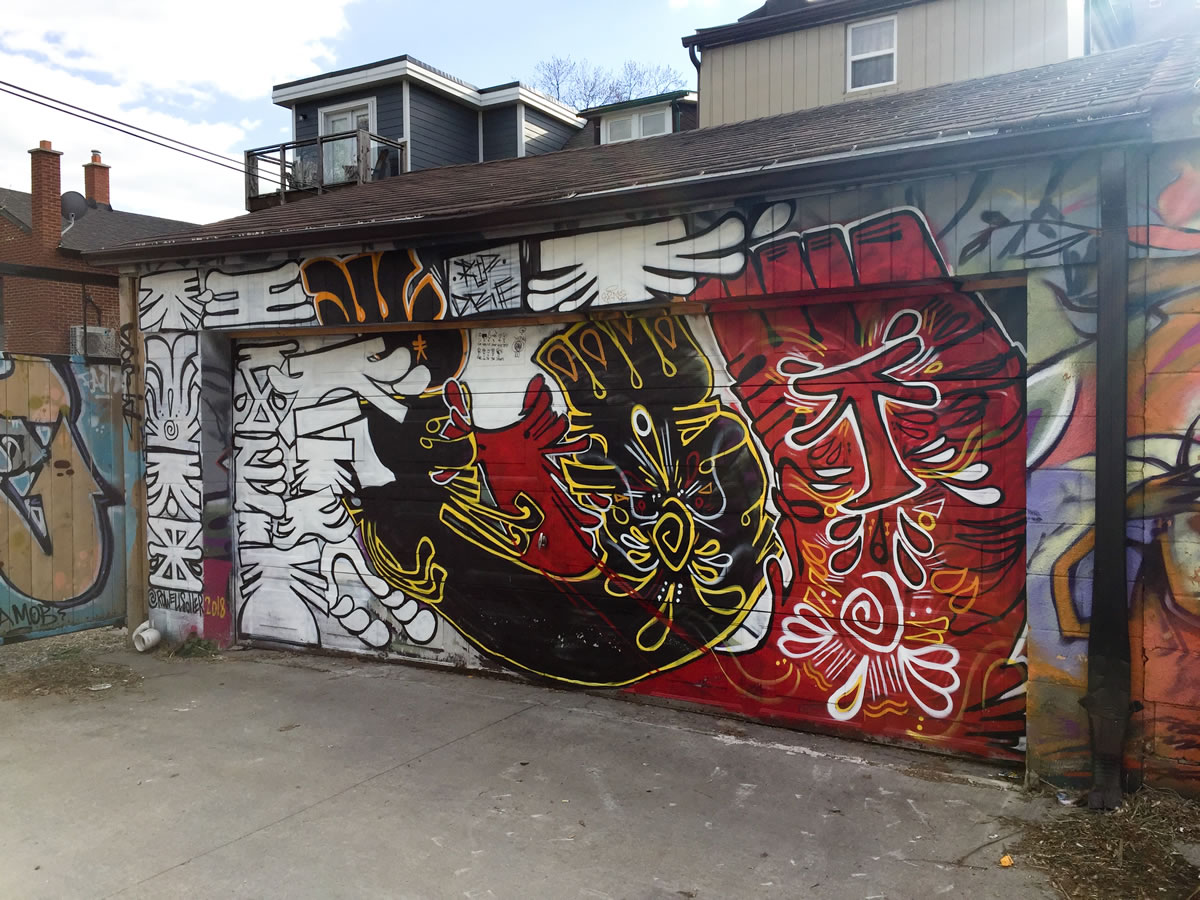 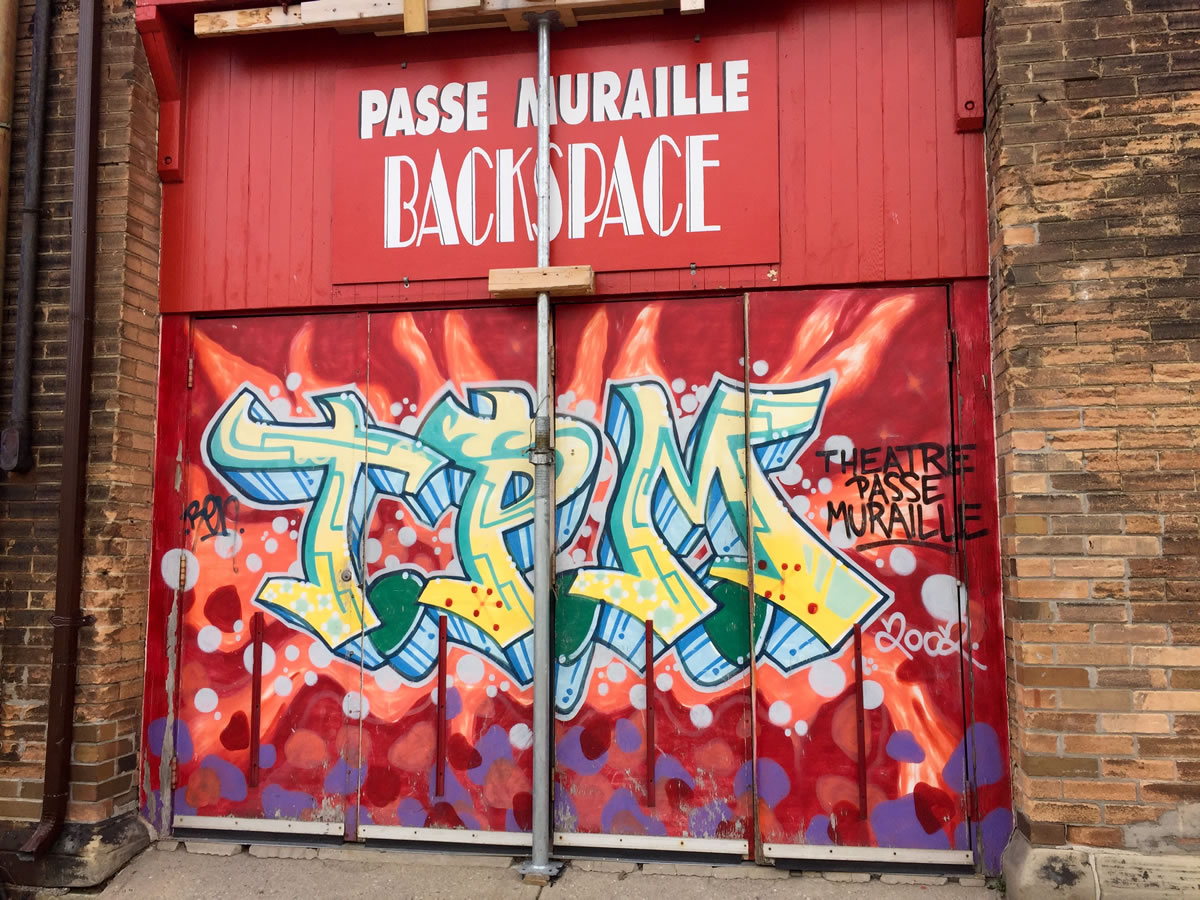 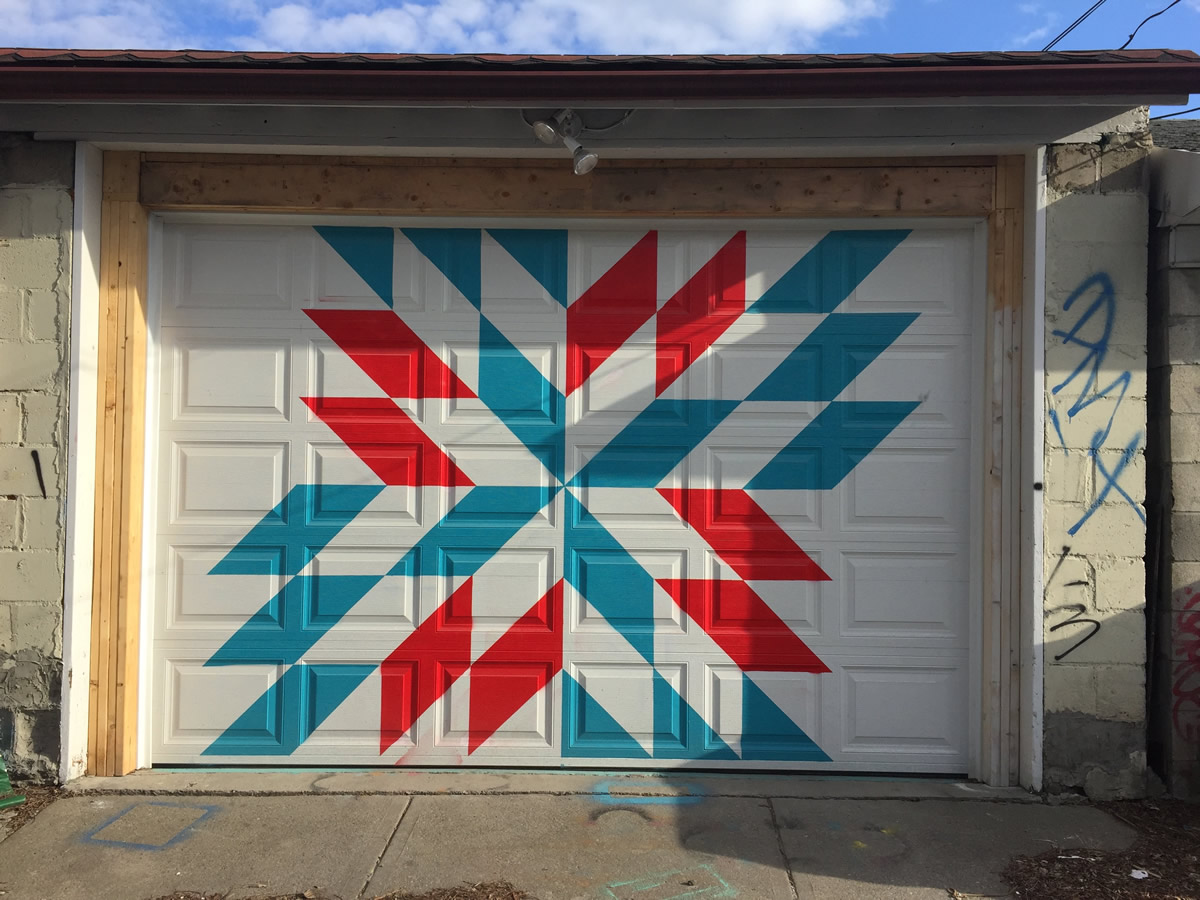 Kinda interesting.. Unsigned.. I am a little surprised it hasn’t been tagged. Unfortunately, this is the type of art that taggers seem to tag the most. 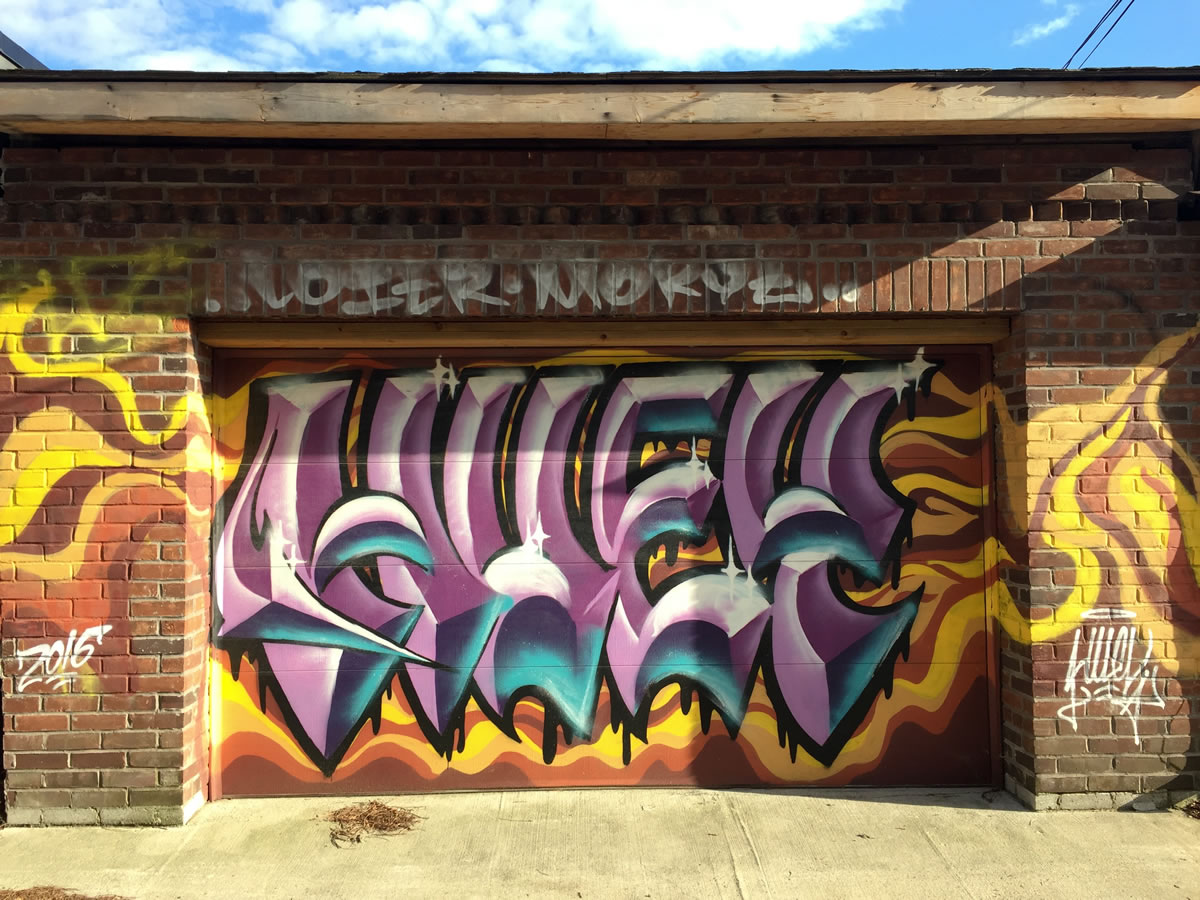 I swear that says “Huey’ 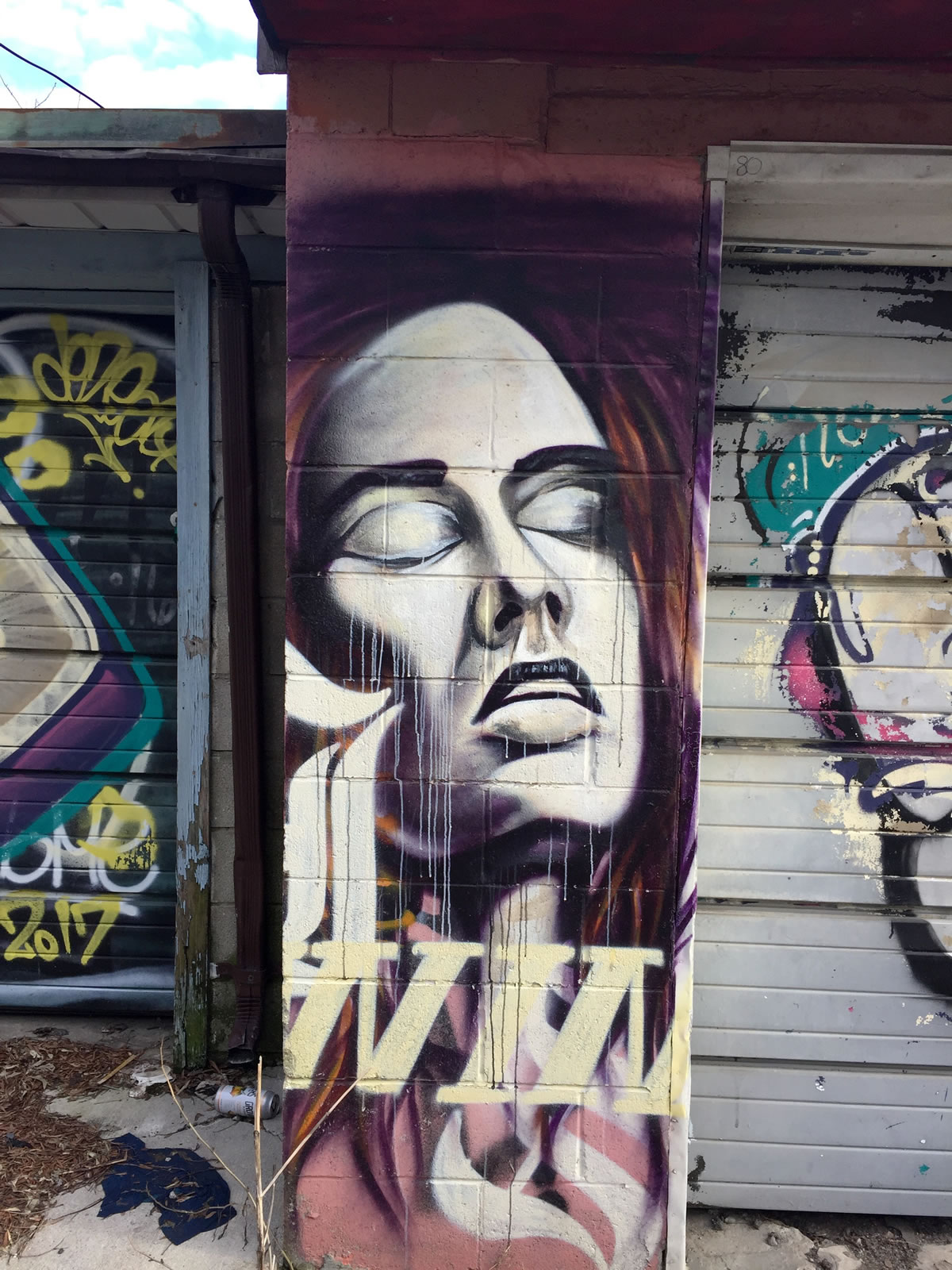 This face is interesting between the garage doors. 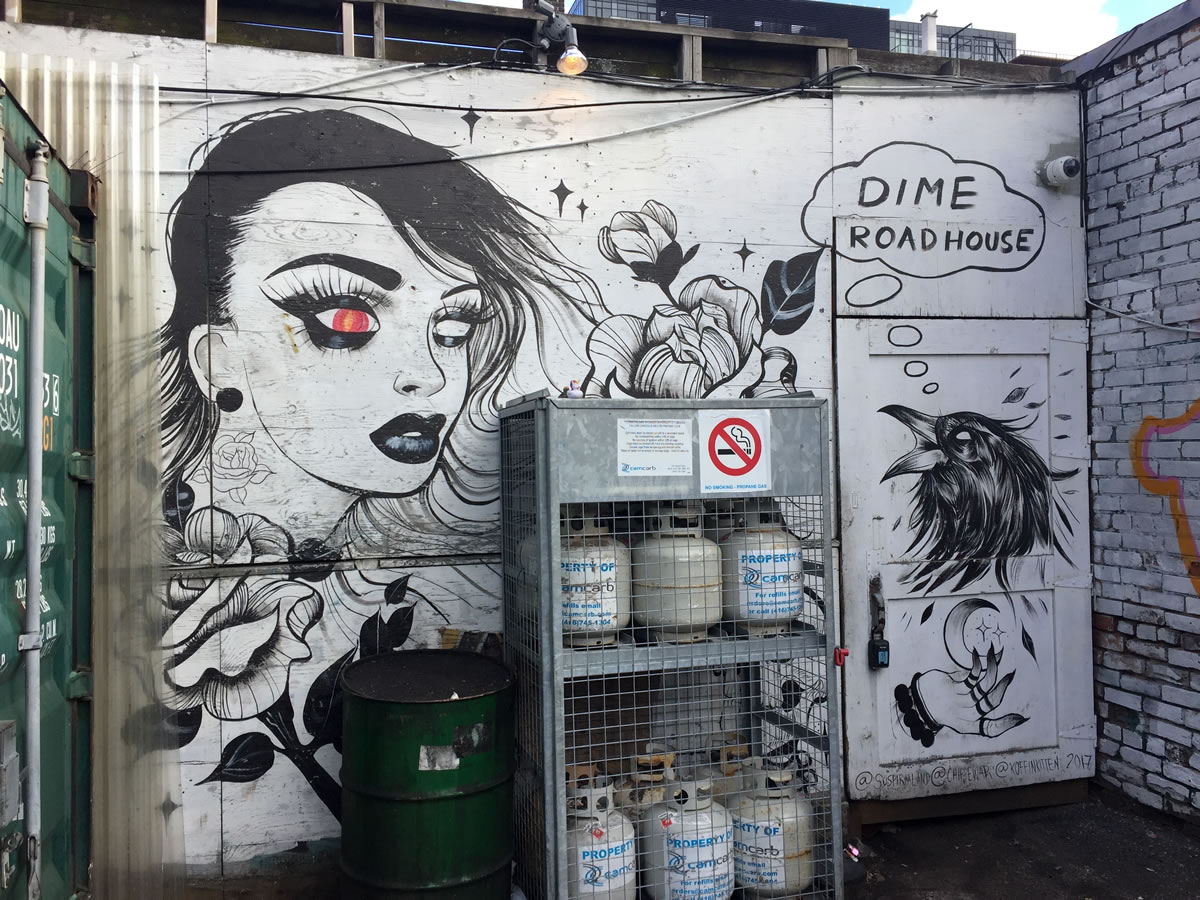 Chipperwar is one of the artists who did this mural at the back of a restaurant. Someone followed me here.. I think they thought I was going to urinate here. 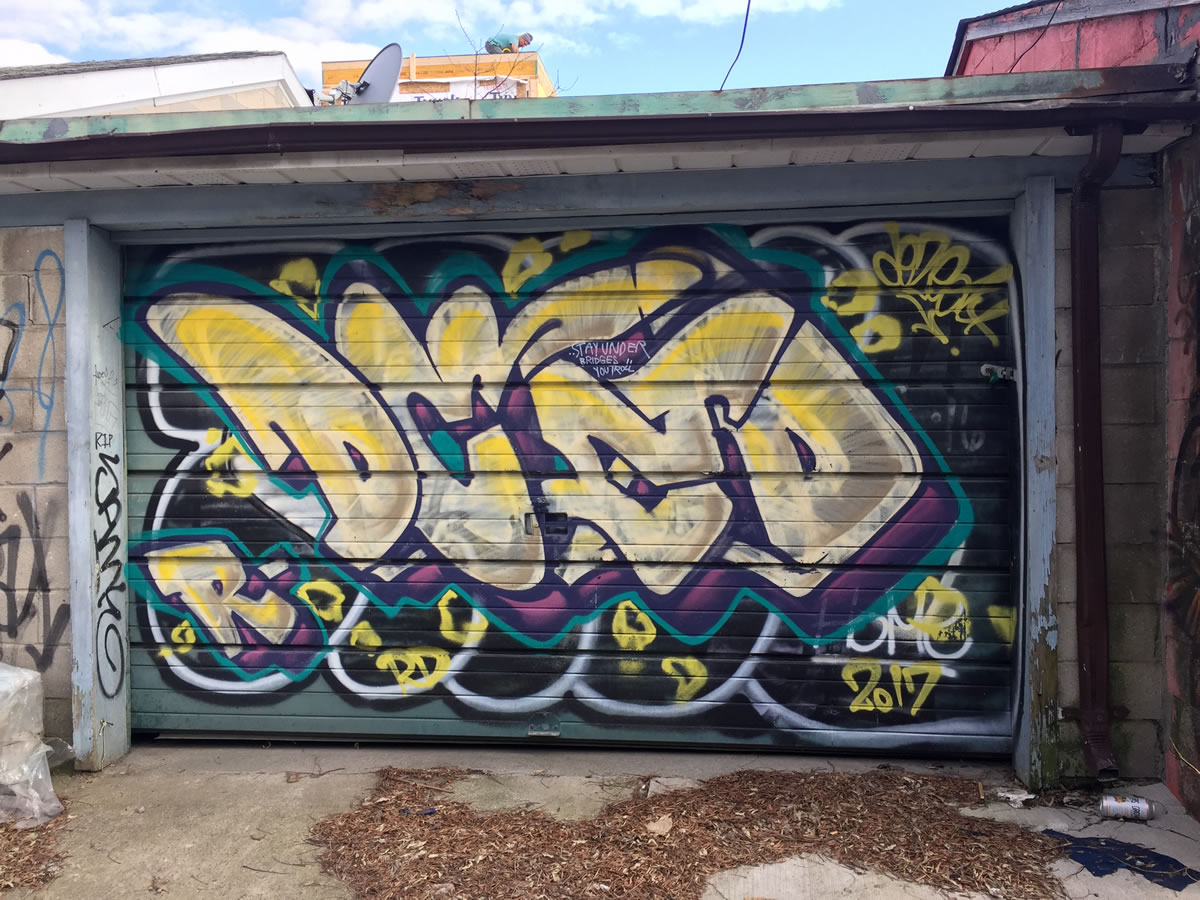 “Stay Under Bridges You Troll” graffiti 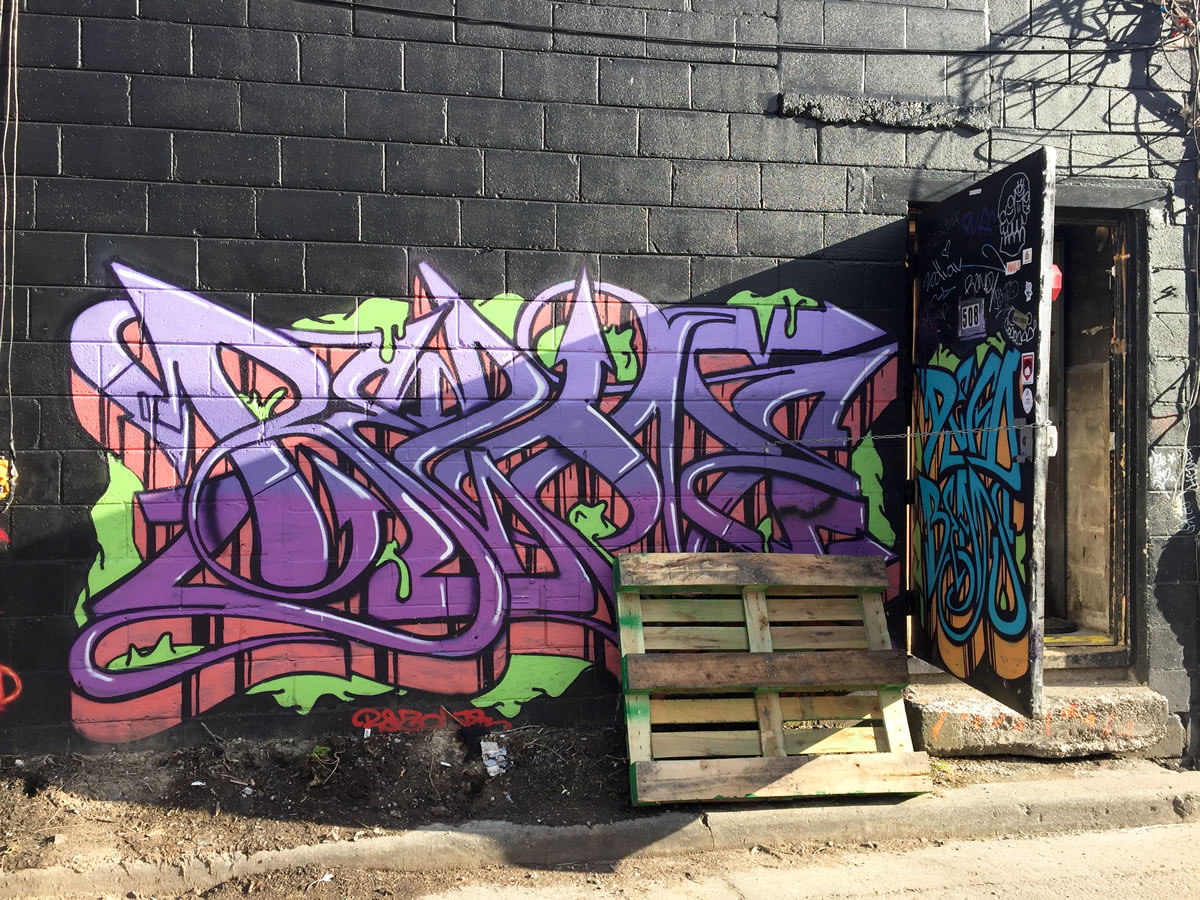 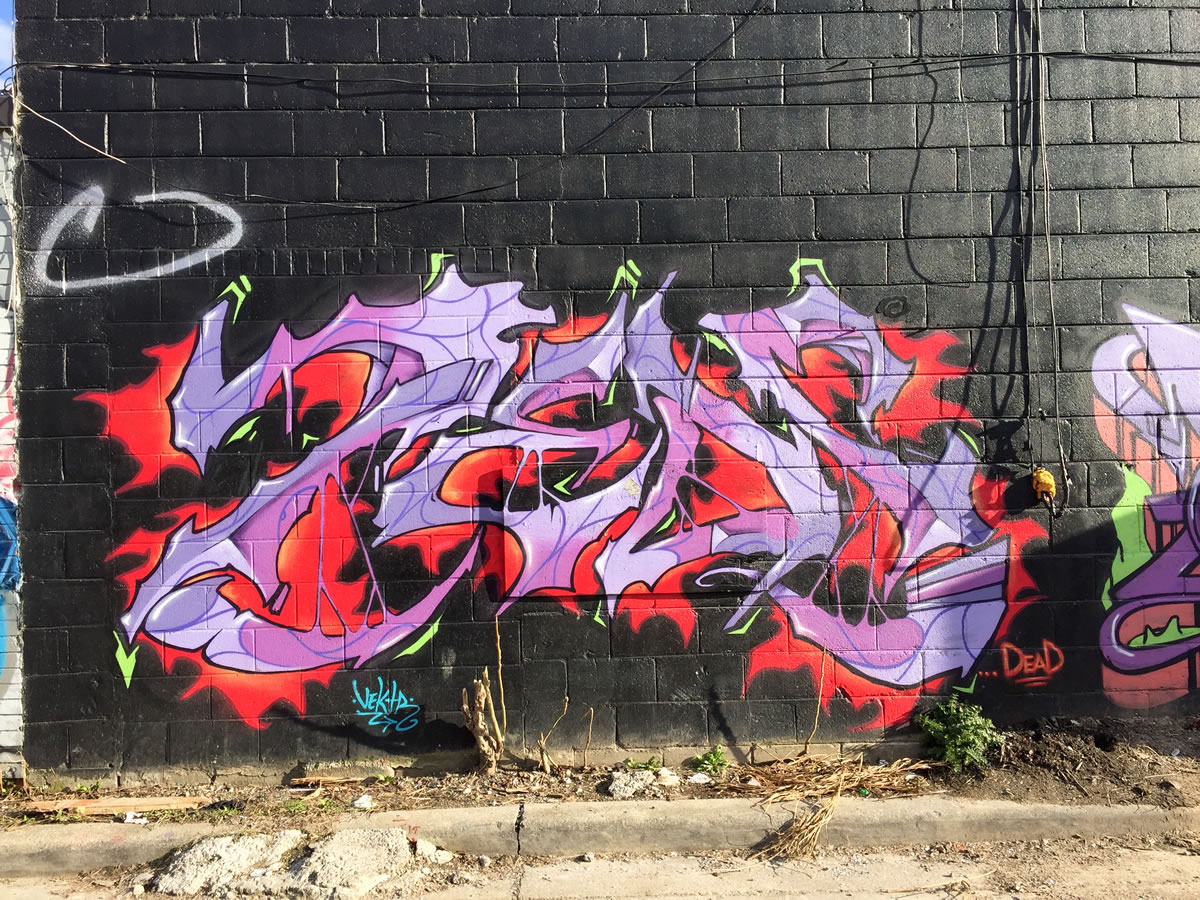 I found a couple of these graffiti burners in this same alleyway. 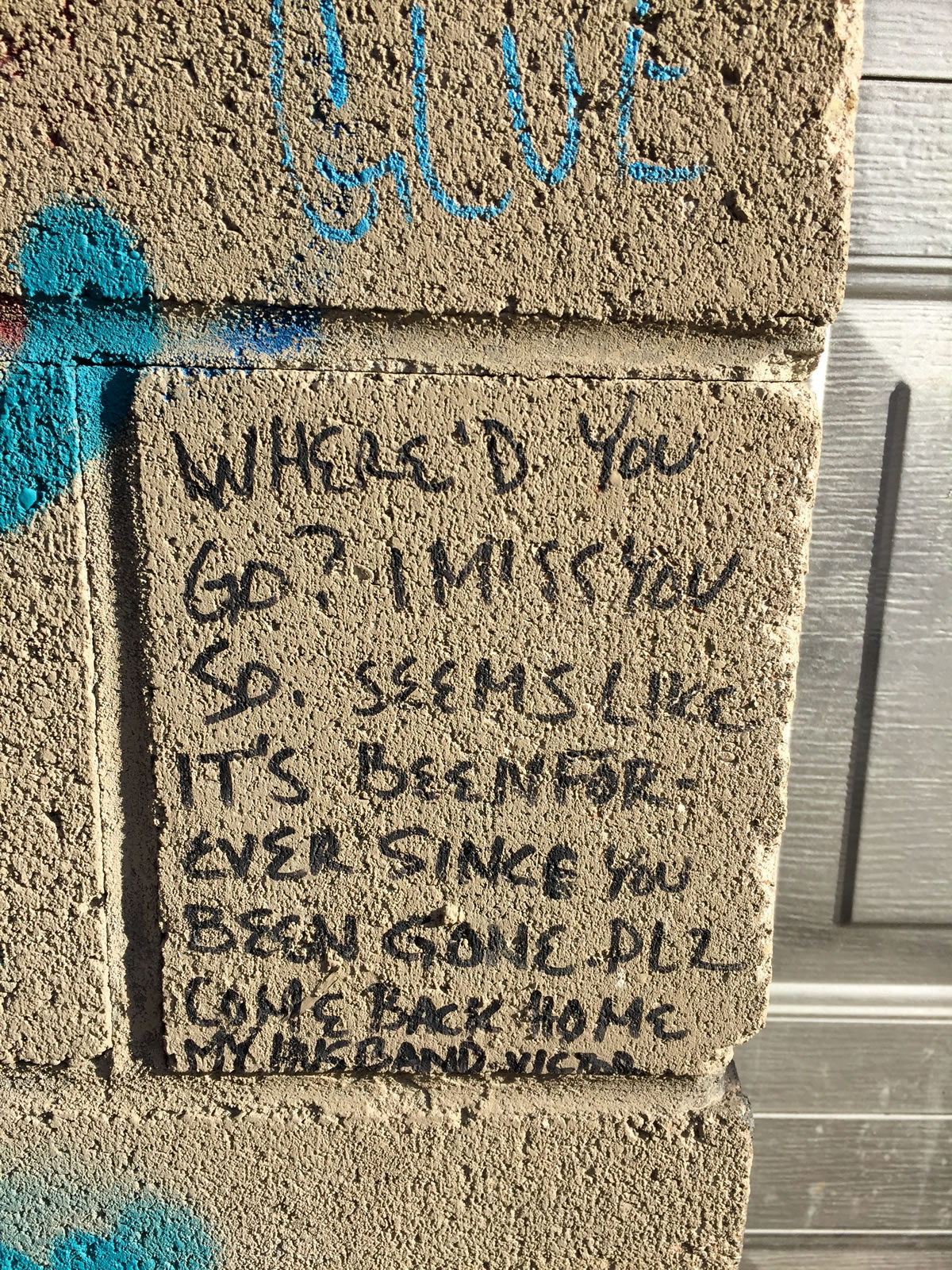 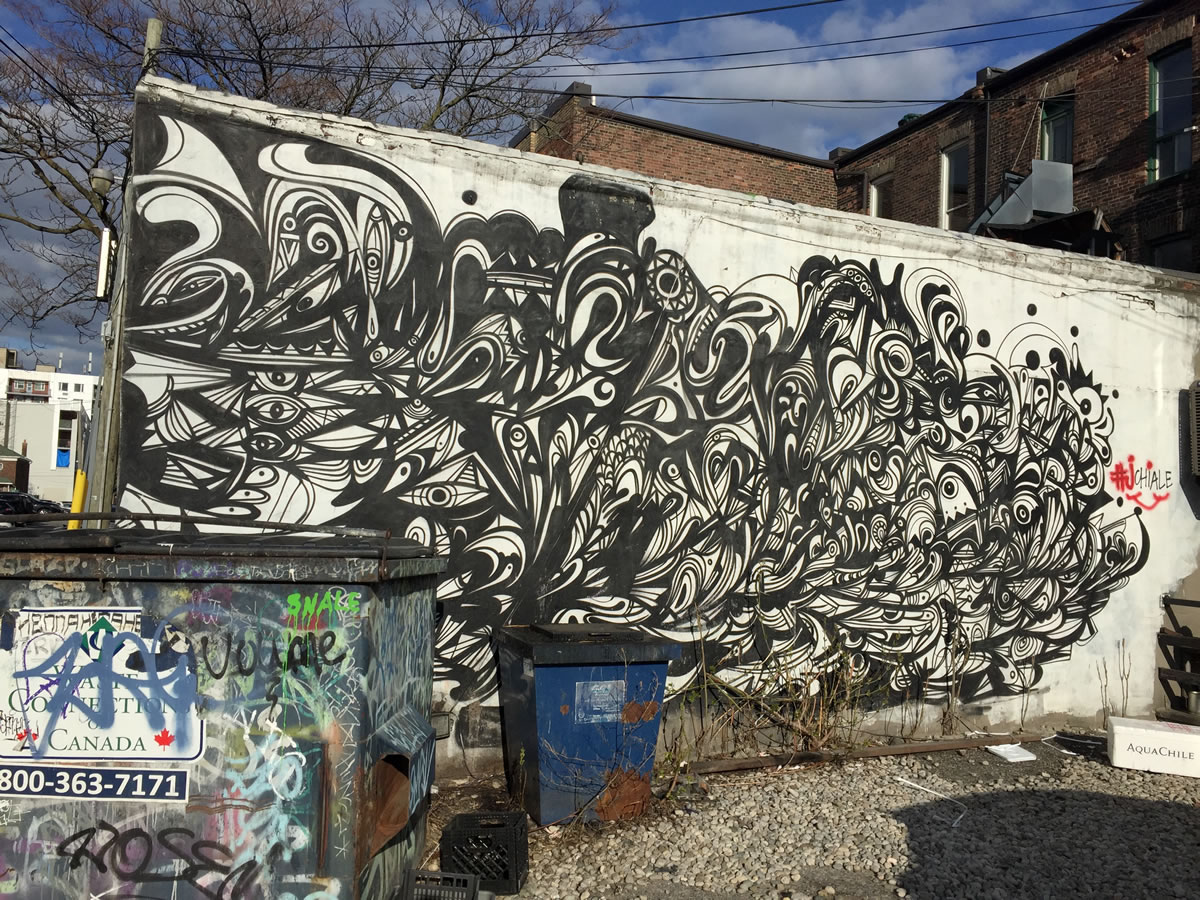 A black and white mural by Jimmy Chiale.

I swear that says Tenser and Jarus.. and I know they are friends.. but it’s very different from anything that either of them have done before. 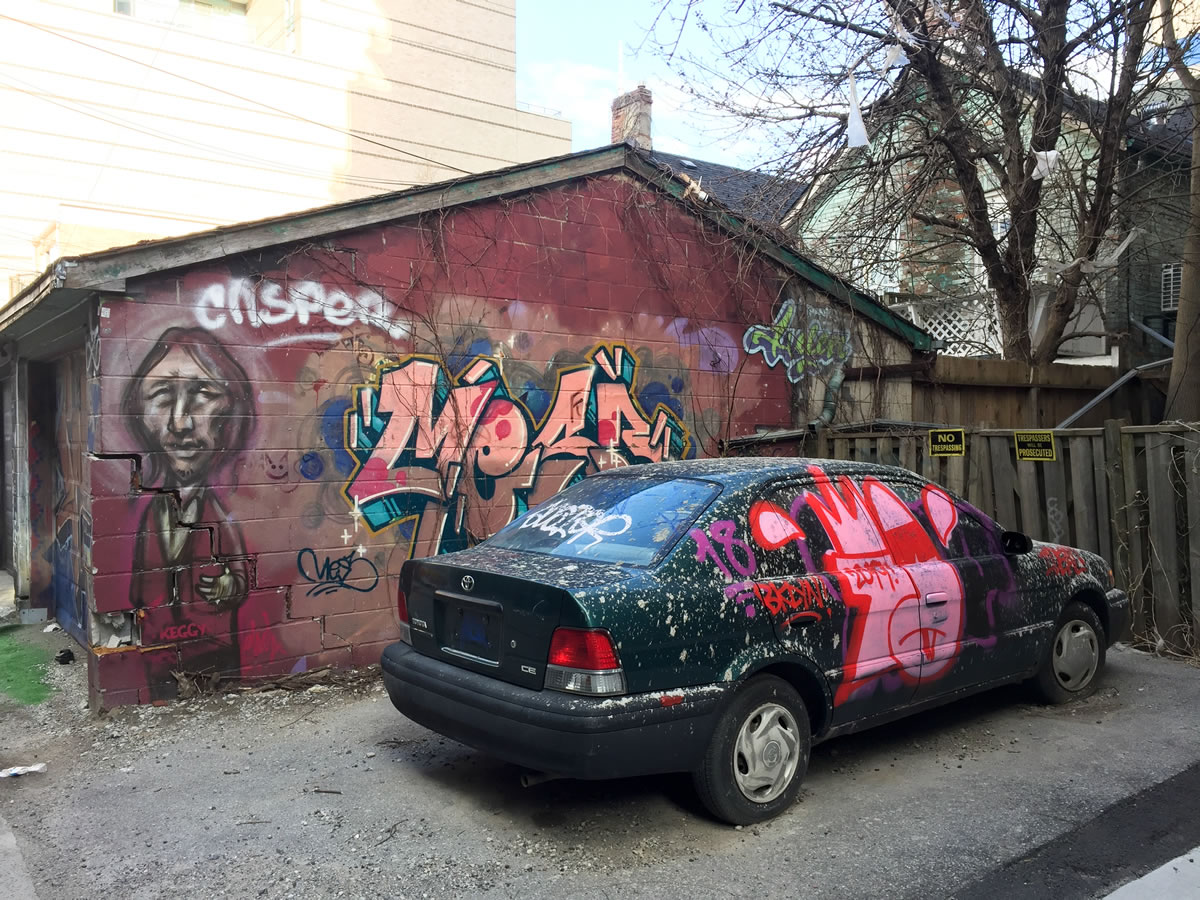 That car is not going anywhere. I think that character on the left is by Eliscer. 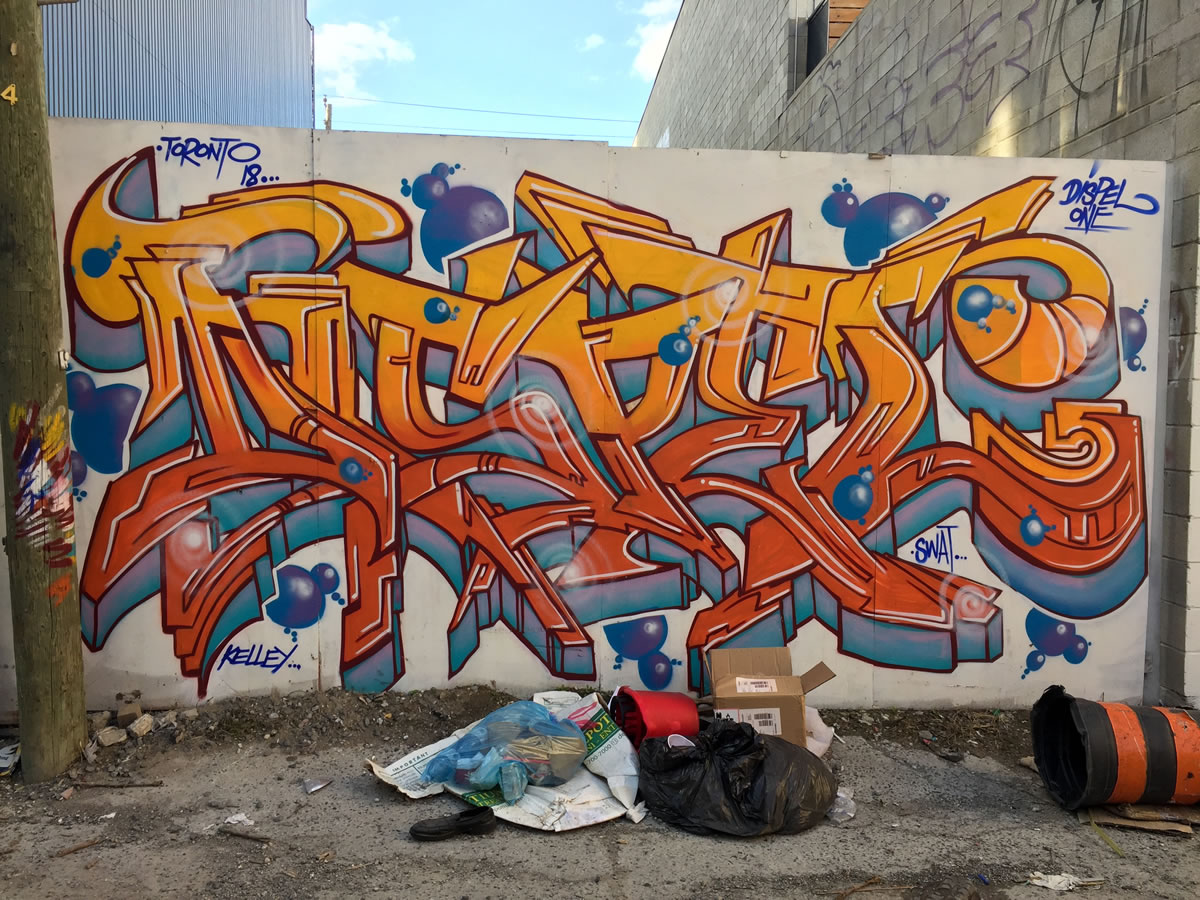 Another burner in that same alley as that abandoned car. 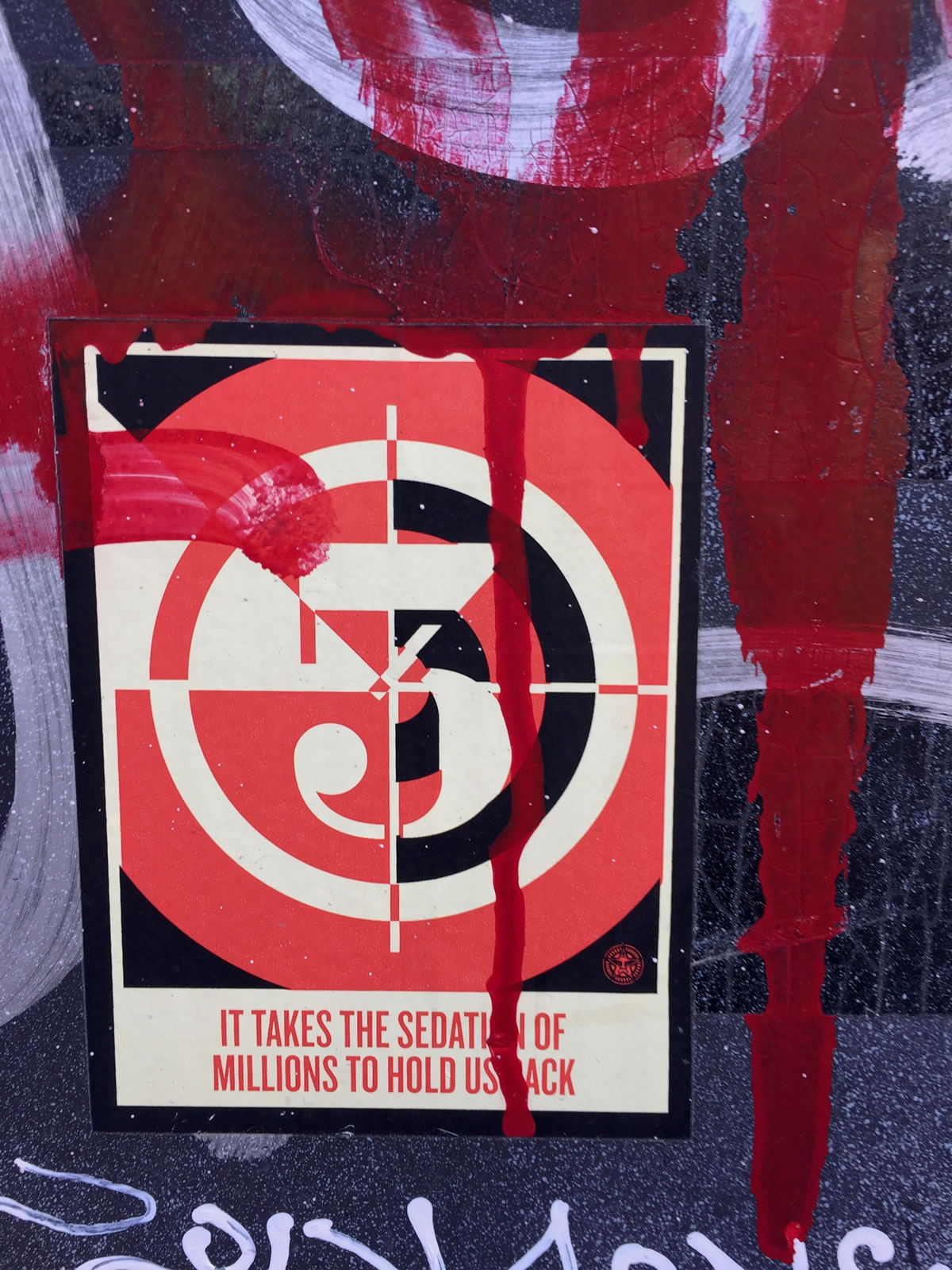 “It takes the sedation of millions to hold us back”