Some street and graffiti finds from the last two weeks. 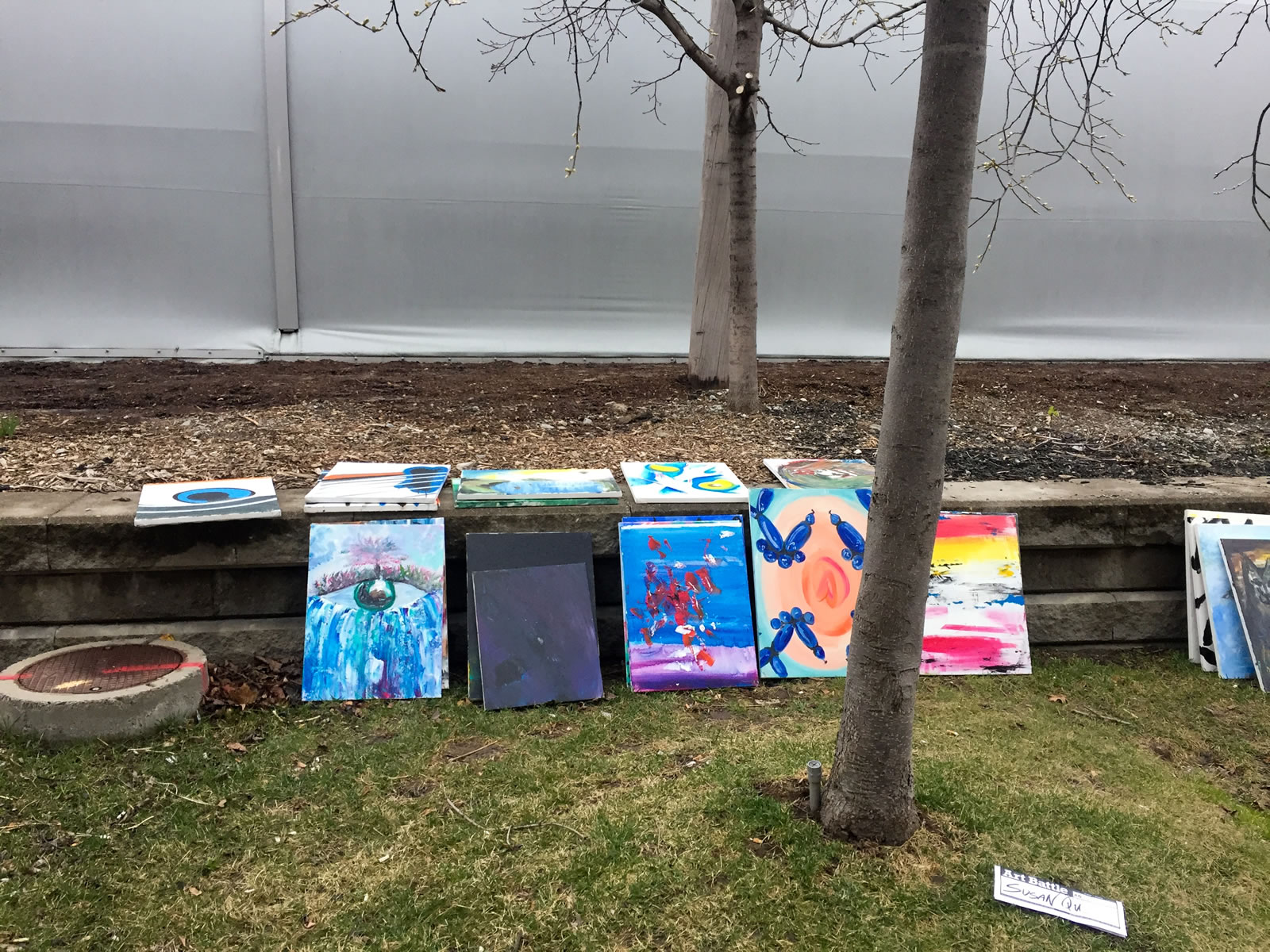 Literally art on the street. There was a note on the ground that said “Art Battle” in front of these paintings.

“Several artists are given 20 minutes to create a painting.[3] Each audience member gets to vote on the painting they like the most by placing a ballot for that round (given at the door) in that artist’s collection box. There are 2 or 3 preliminary rounds in which the most popular artists move on to the final round. The artist who gets the most ballots in the final round is declared the winner. All the paintings are then auctioned off to the audience members. Any painting that doesn’t reach its minimum bid is destroyed with a chainsaw.[4]”

Obviously, they didn’t take a chainsaw to any of these paintings. They just left them on the street. I went by the next day and only 3 of these masterpieces were remaining. I did not take any myself. 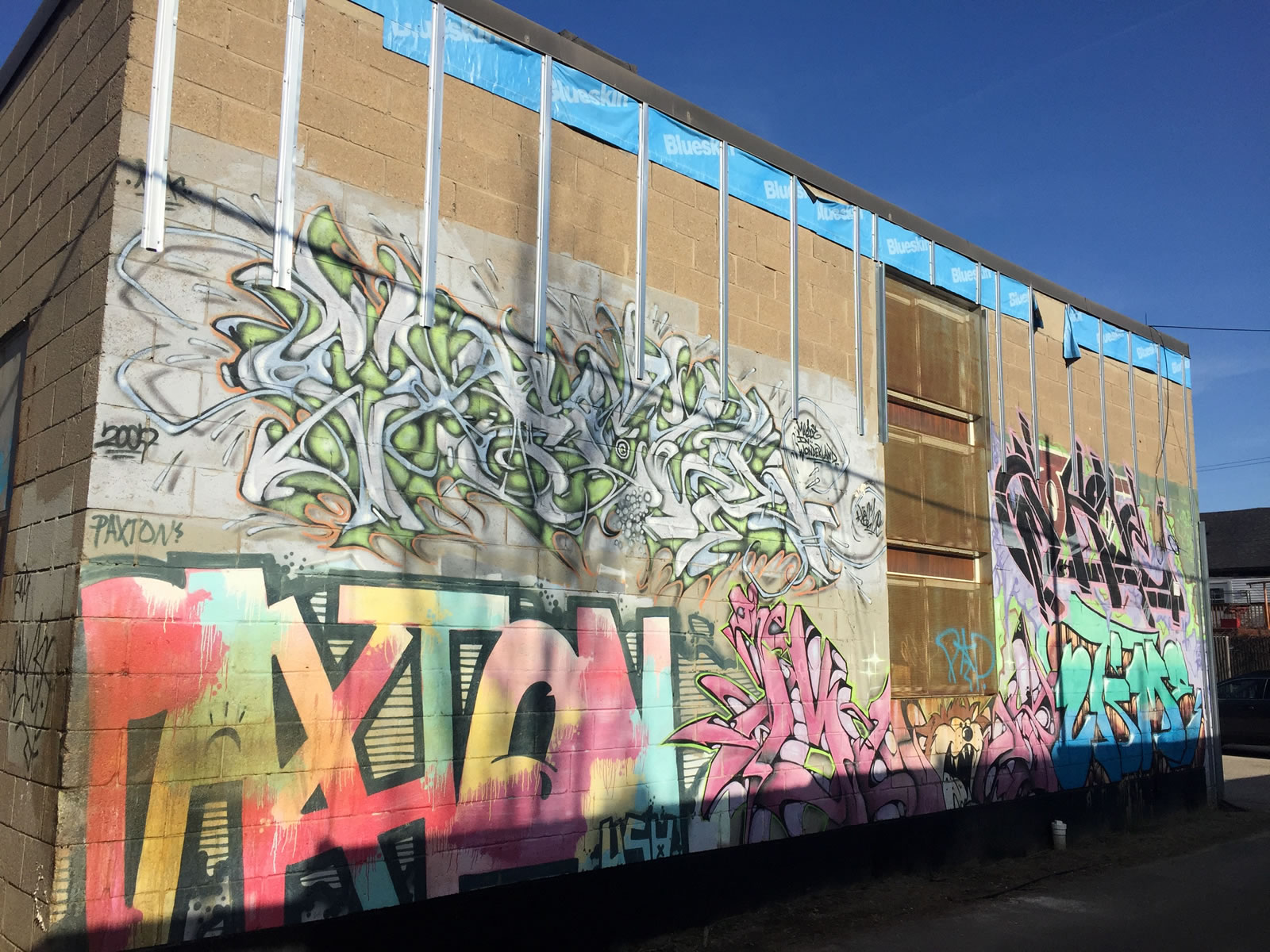 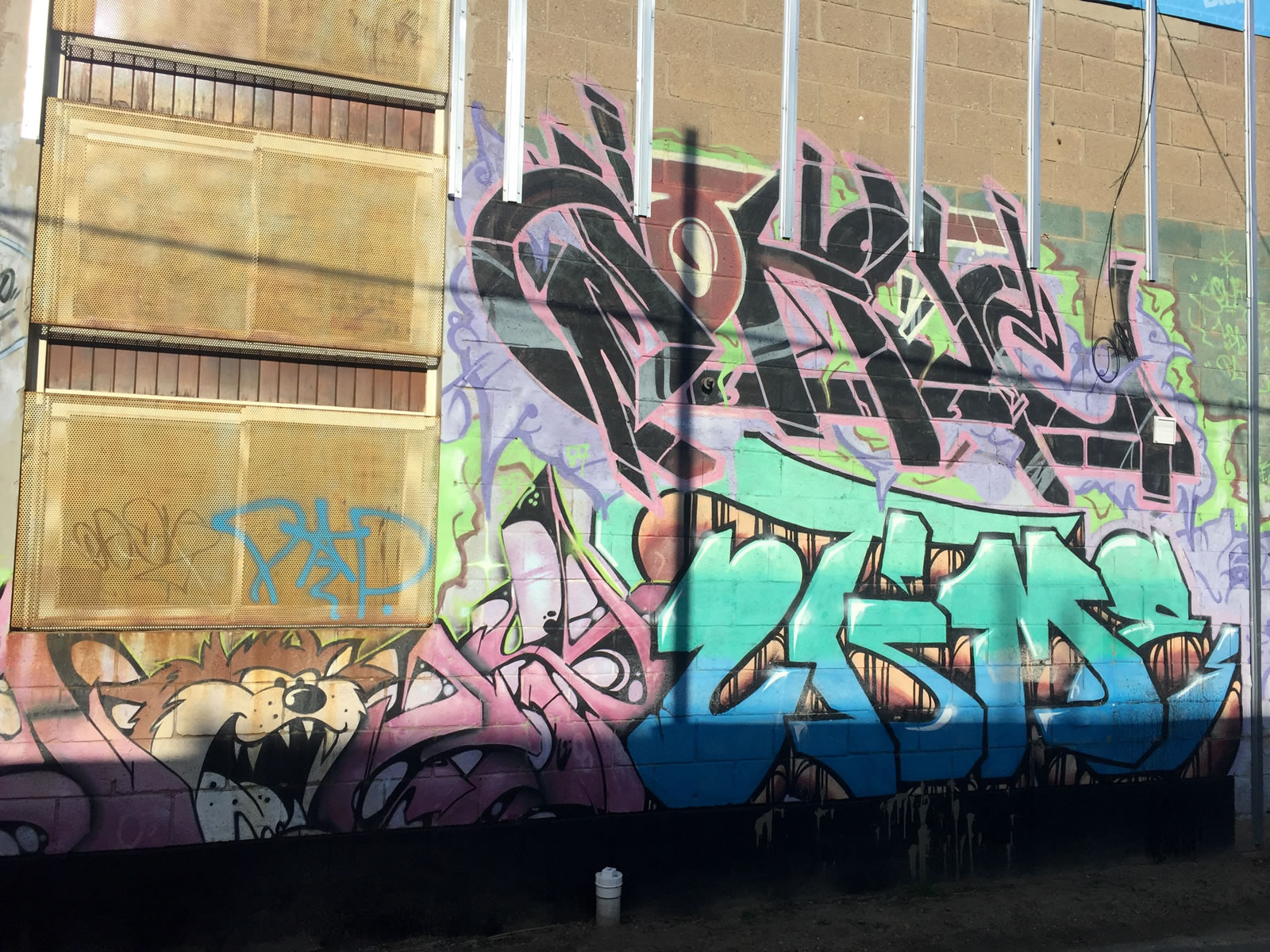 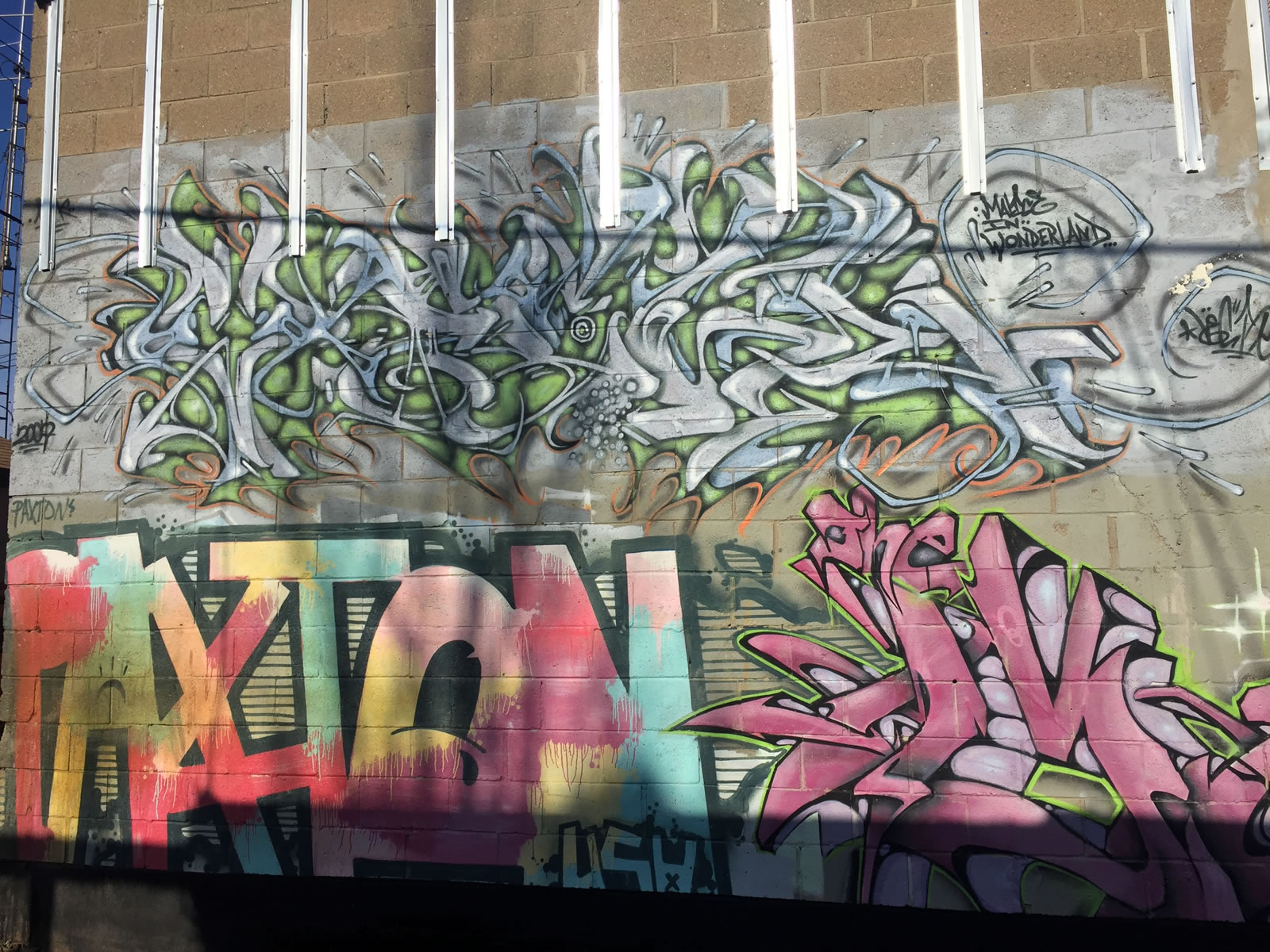 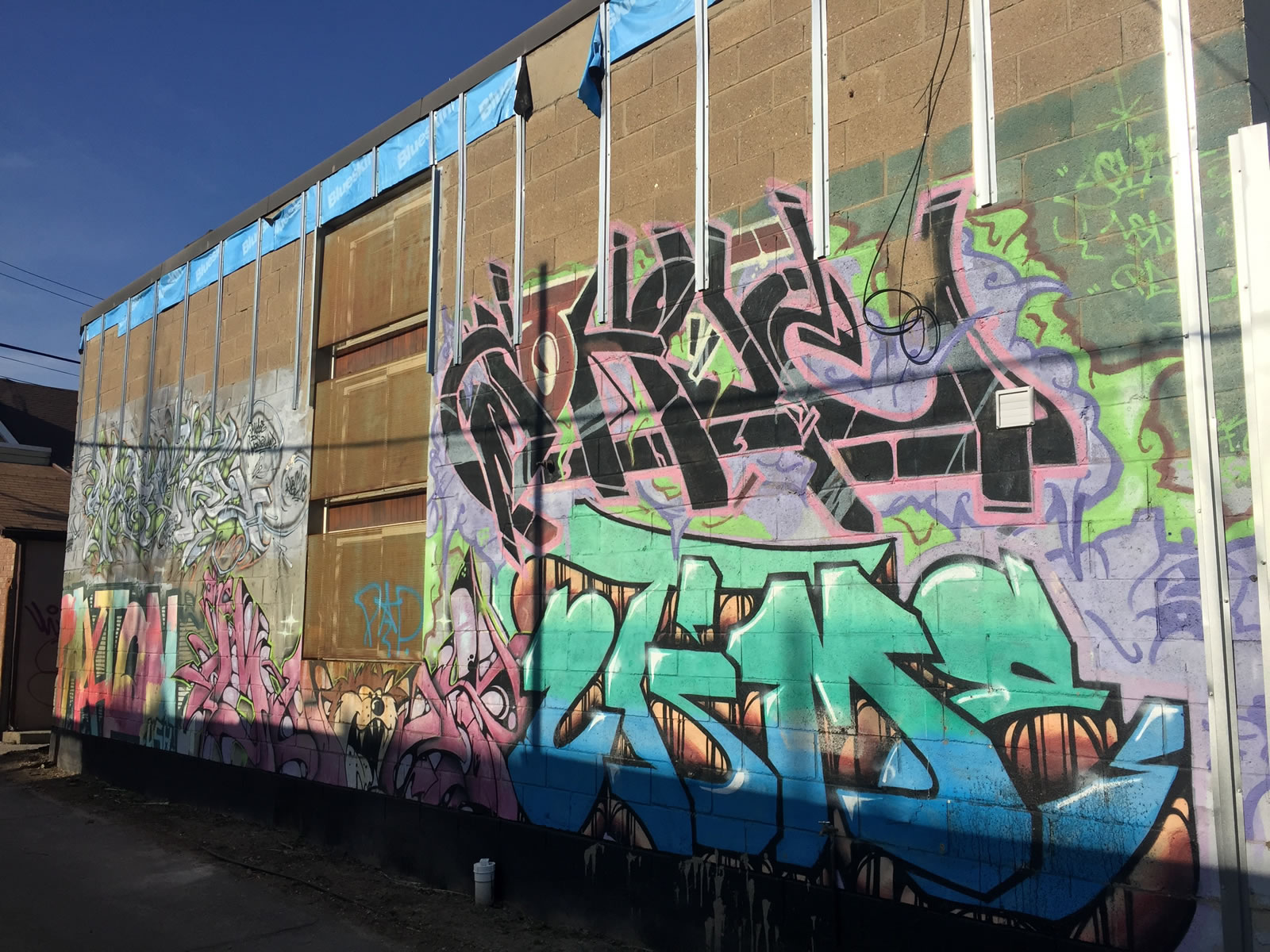 I have no idea what this was about. I took a path down an alleyway that I have never been down and I found this. It says “Paxton” and it looks like it was done back 2007. It was in a pretty secluded spot which is why I am guessing that it wasn’t tagged after all of these years. 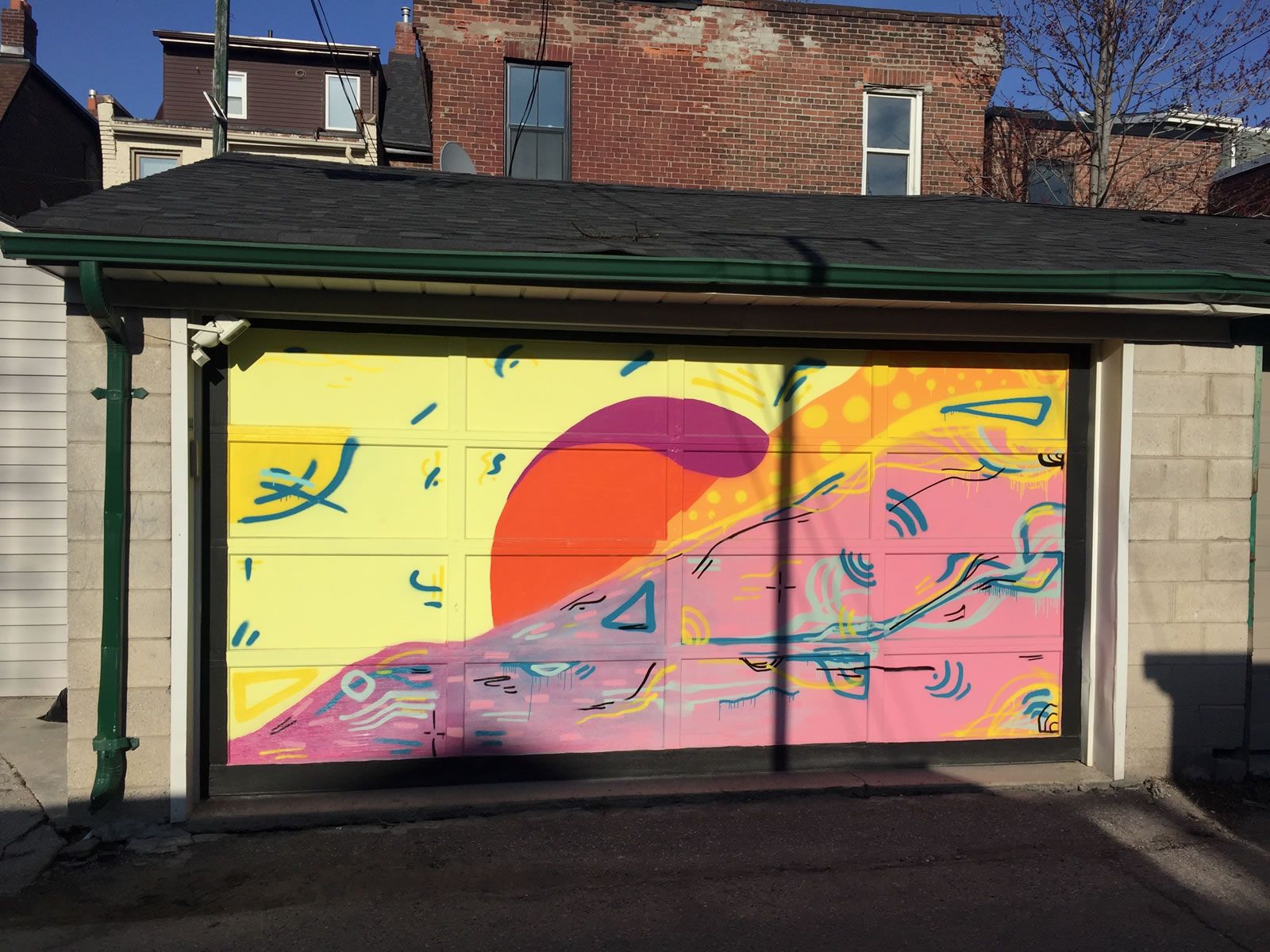 Another unknown garage door mural. Just a little bit up the way from the ‘Paxton’. Because this is not signed that leads me to believe that it was painted by the homeowner. 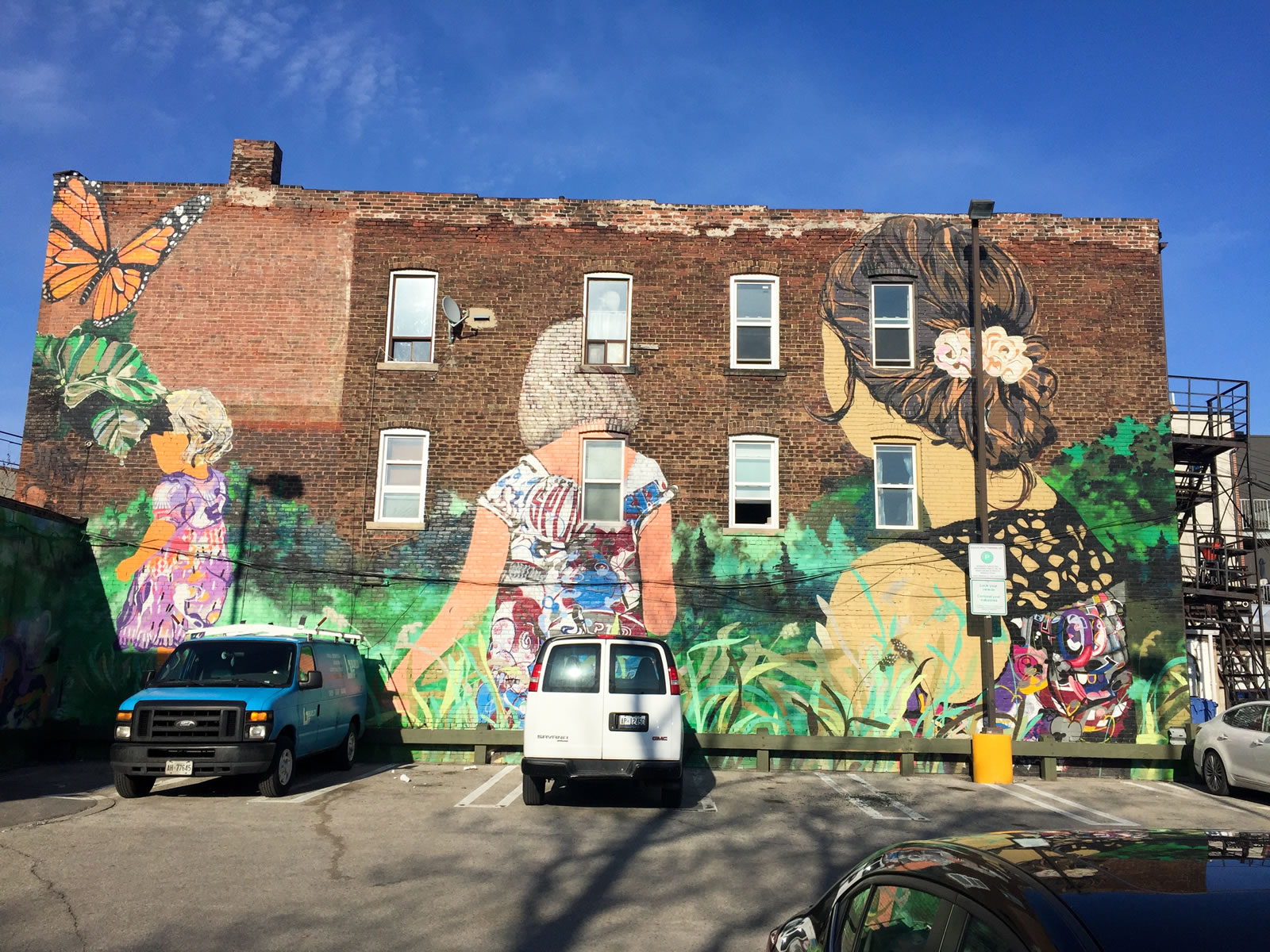 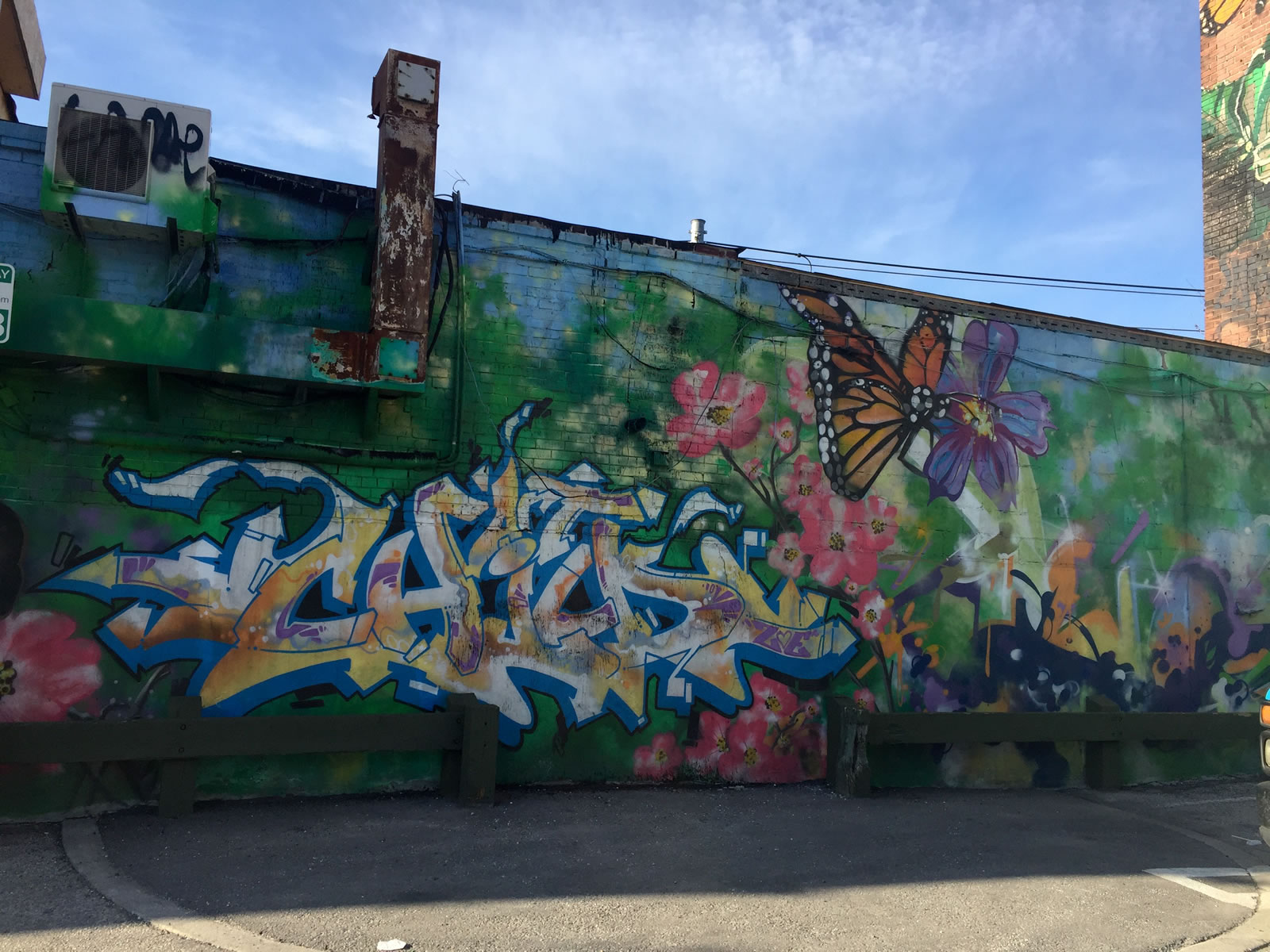 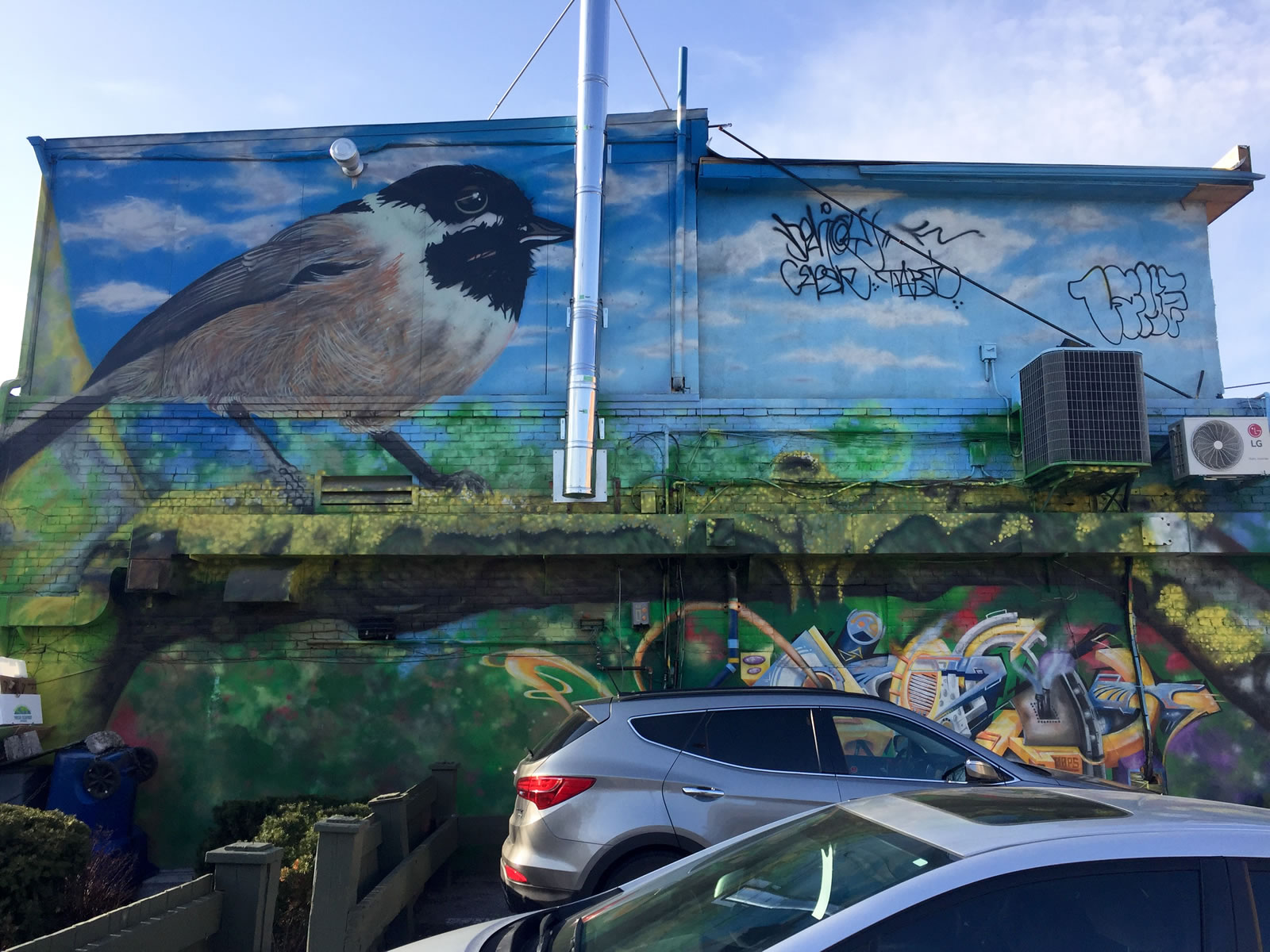 I am so surprised that I didn’t find this one sooner. This mural is a collaboration with Spudbomb and Pascal Paquette. I couldn’t find much information about it except what I found on his Instagram.

Flash back to a couple of days ago started this new epic #collaboration #mural with @pascalpaquette @artchild416 thanks go's out to @vibeartsto for organising .this is just a portion of two walls that we are #painting #roller #paint #lift #art #artist #spraypaint #montanablack #montanacans #night #murals #toronto #torontoart #torontostreetart

“One of 2 massive walls in Little Italy. @start_streetartoronto partnered with green P and Toronto’s parking Authority this year to brighten their heavily tagged walls in there parking lots across the city, this wall is on Beatrice street and is focused on the Bickford family. This wall is Grace (Grace street) and Beatrice walking while their mother watched over them down my Gearison creek …. ”

One of 2 massive walls in Little Italy. @start_streetartoronto partnered with green P and Toronto's parking Authority this year to brighten their heavily tagged walls in there parking lots across the city, this wall is on Beatrice street and is focused on the Bickford family. This wall is Grace (Grace street) and Beatrice walking while their mother watched over them down my Gearison creek …. There is much rich history in Toronto and this mural is a bit of it…. Well done @spud1_spudbomb and @pascalpaquette and shouts out to @vibeartsto thank you City Councillor @mikelaytonto for coming out to speak at the unveiling and the the little Italy BIA #torontograffiti #mural #torontosfinest #graffiti #spudbomb #mtn #mtncans #mtncolors #streetart #spud1OTM #streetarttoronto #toronto #tdot #spud1wf #spud1 #graffititoronto #art #OTM #aerosol #spraypaint #the6ix #teamspudbomb #production #otm_graff_crew #bickfordfamily #littleitaly 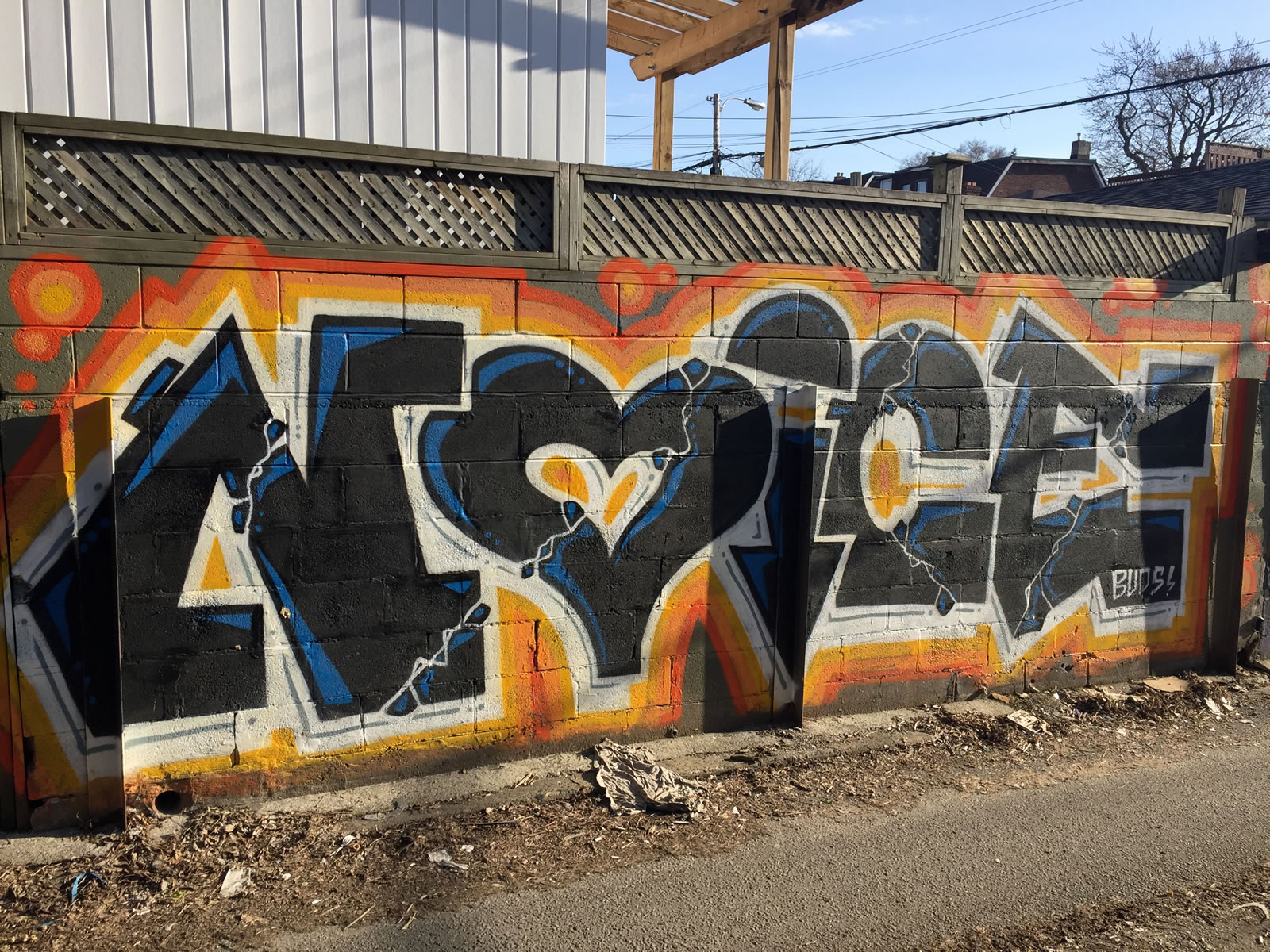 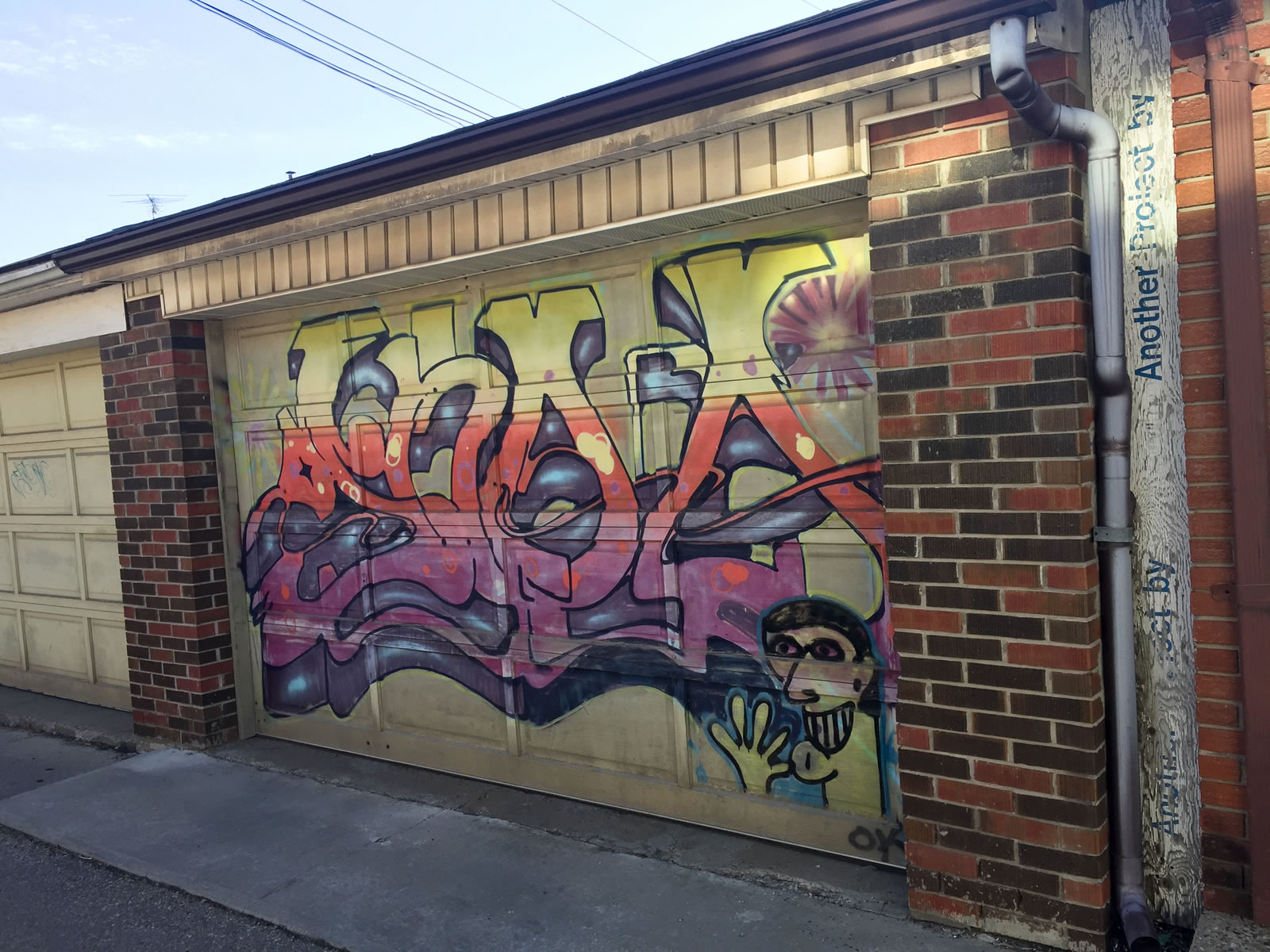 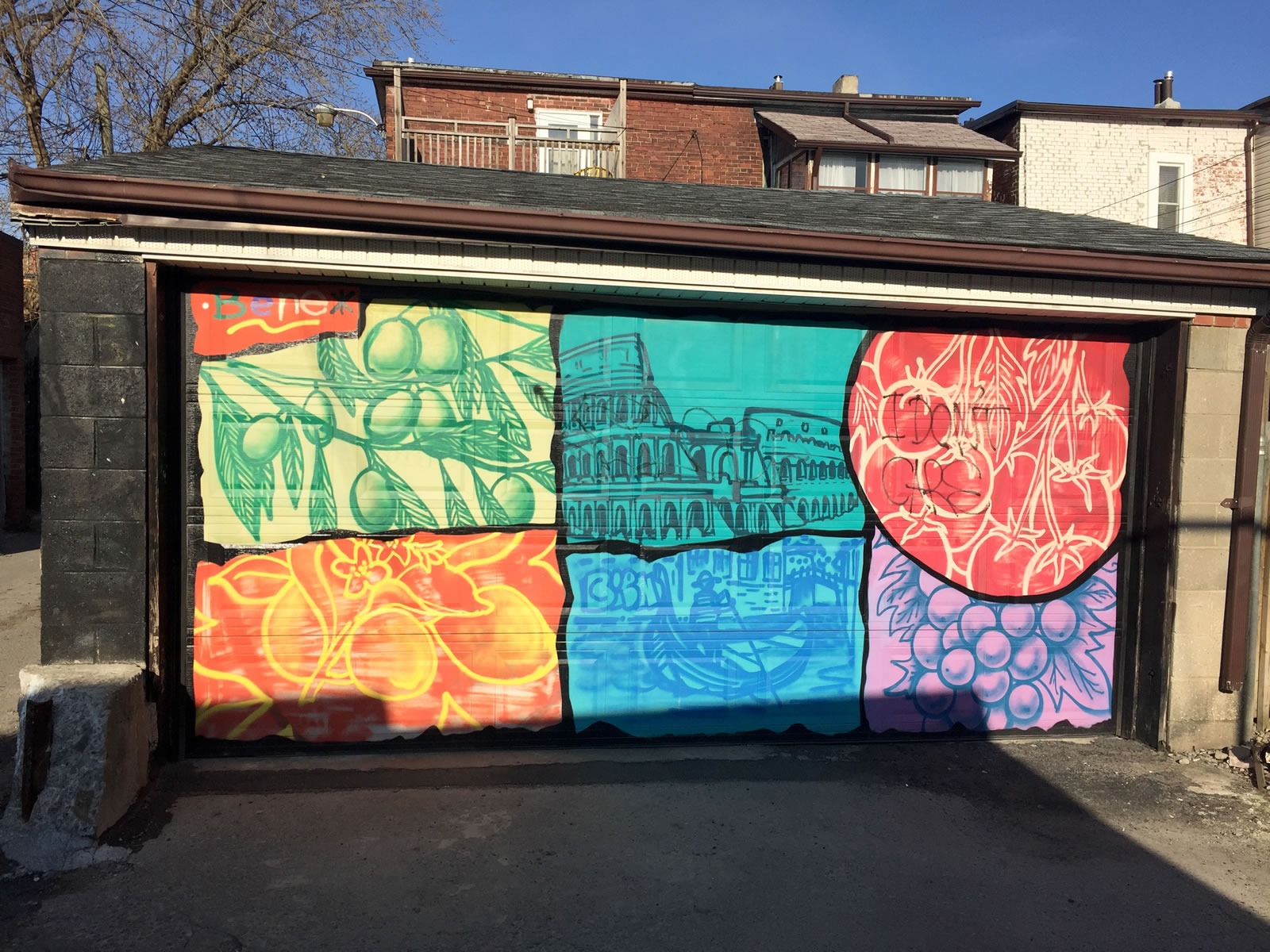 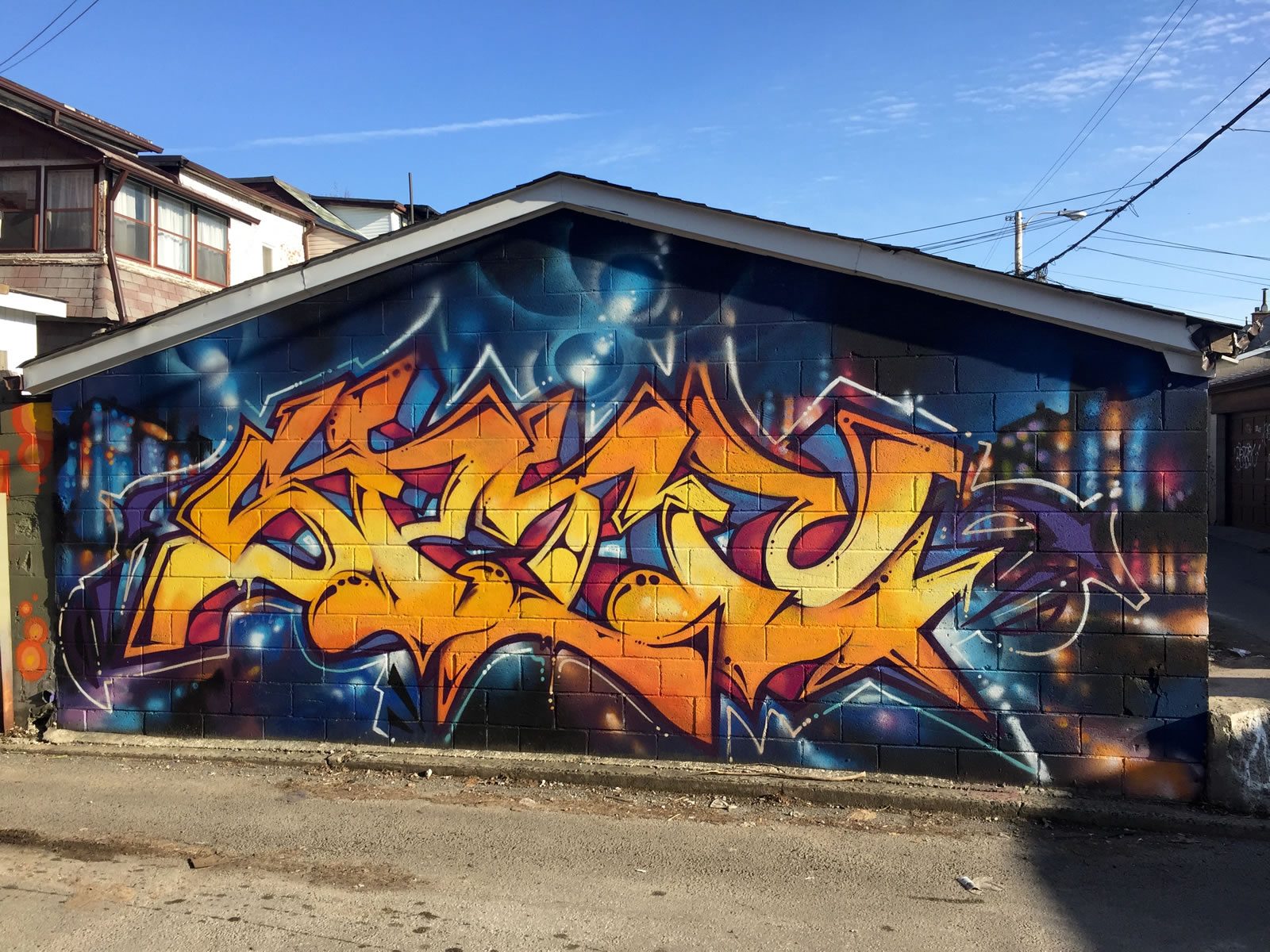 Across the street in another alley I found all of these murals. I have no idea if it was apart of the same Spudbomb project. I will ask his Brooke next time I see her. 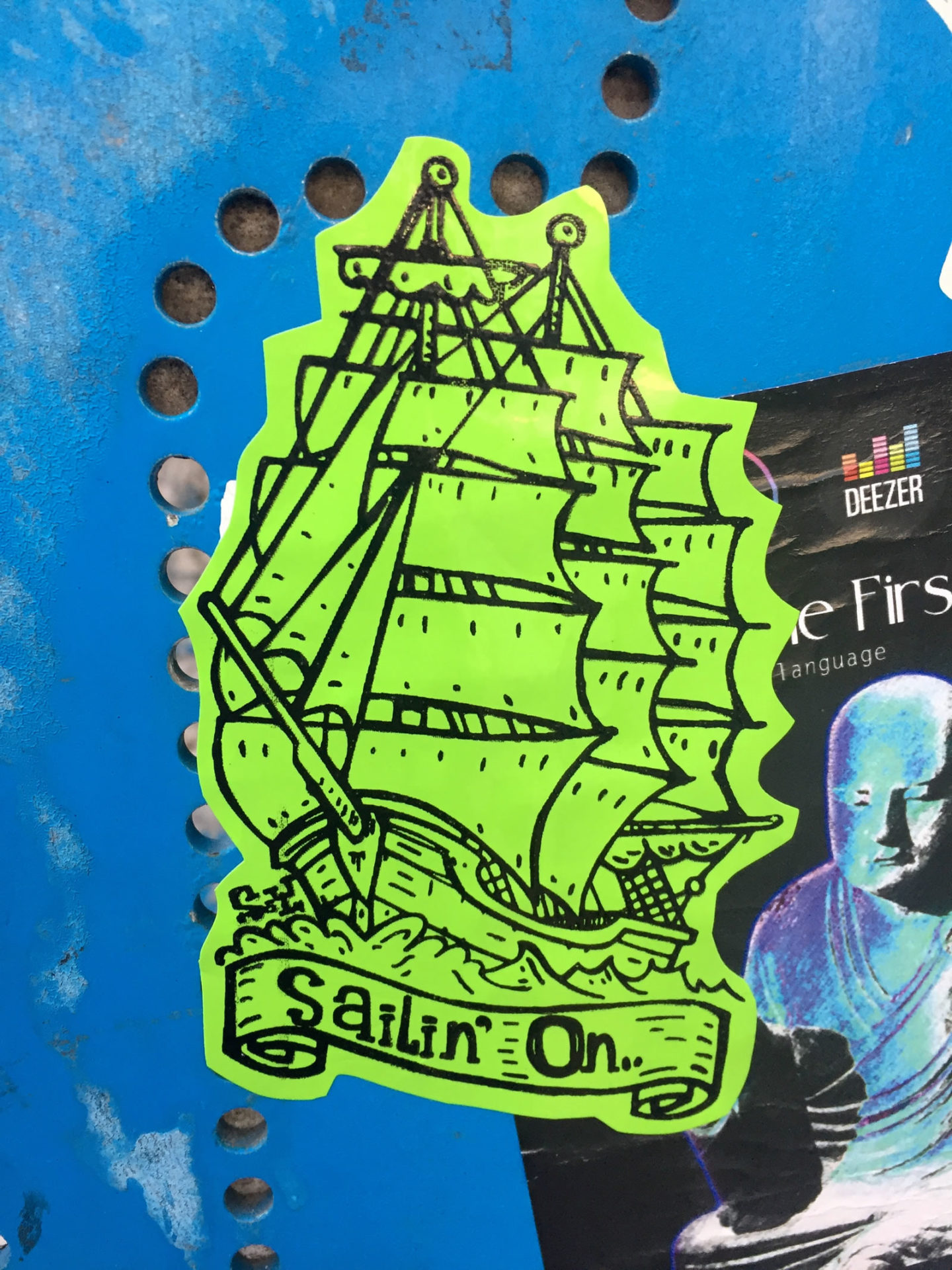 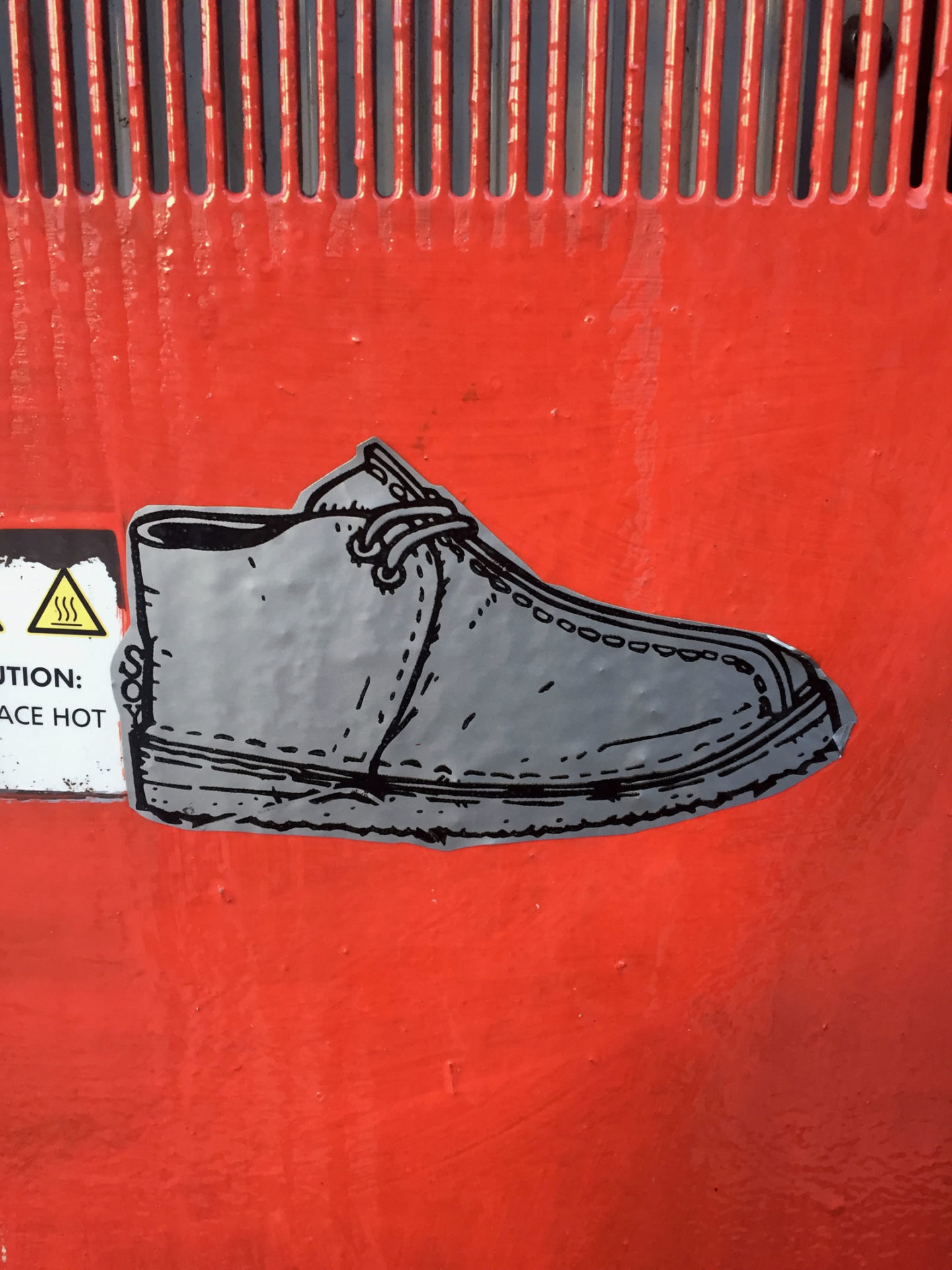 I found some new stickers by someone who goes by “SOYE”. The “Sailin’ On’ are everywhere in Parkdale.

I Miss You Graffiti 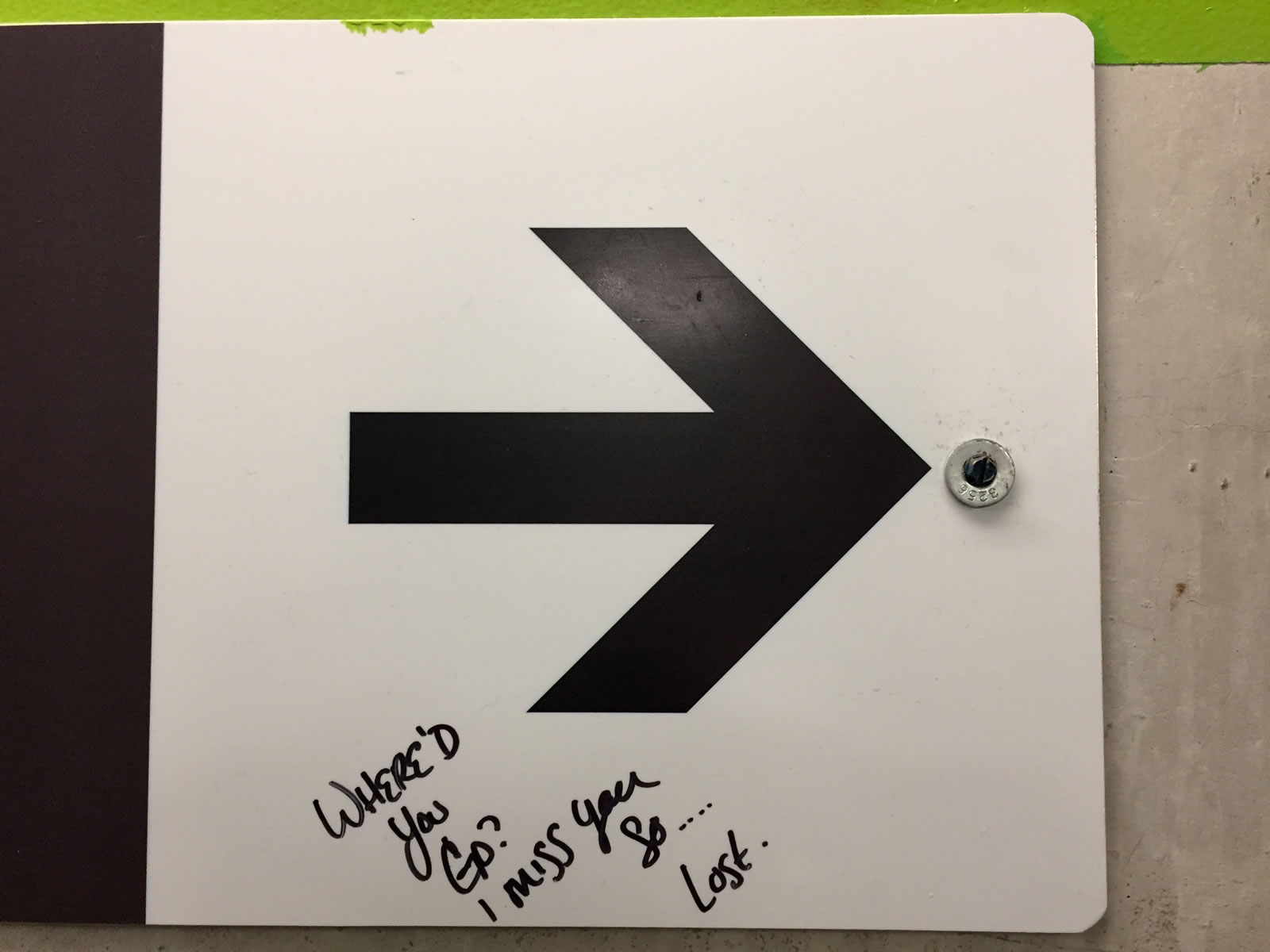 Sometimes you find messages like these in unusual places. I hope they got found. 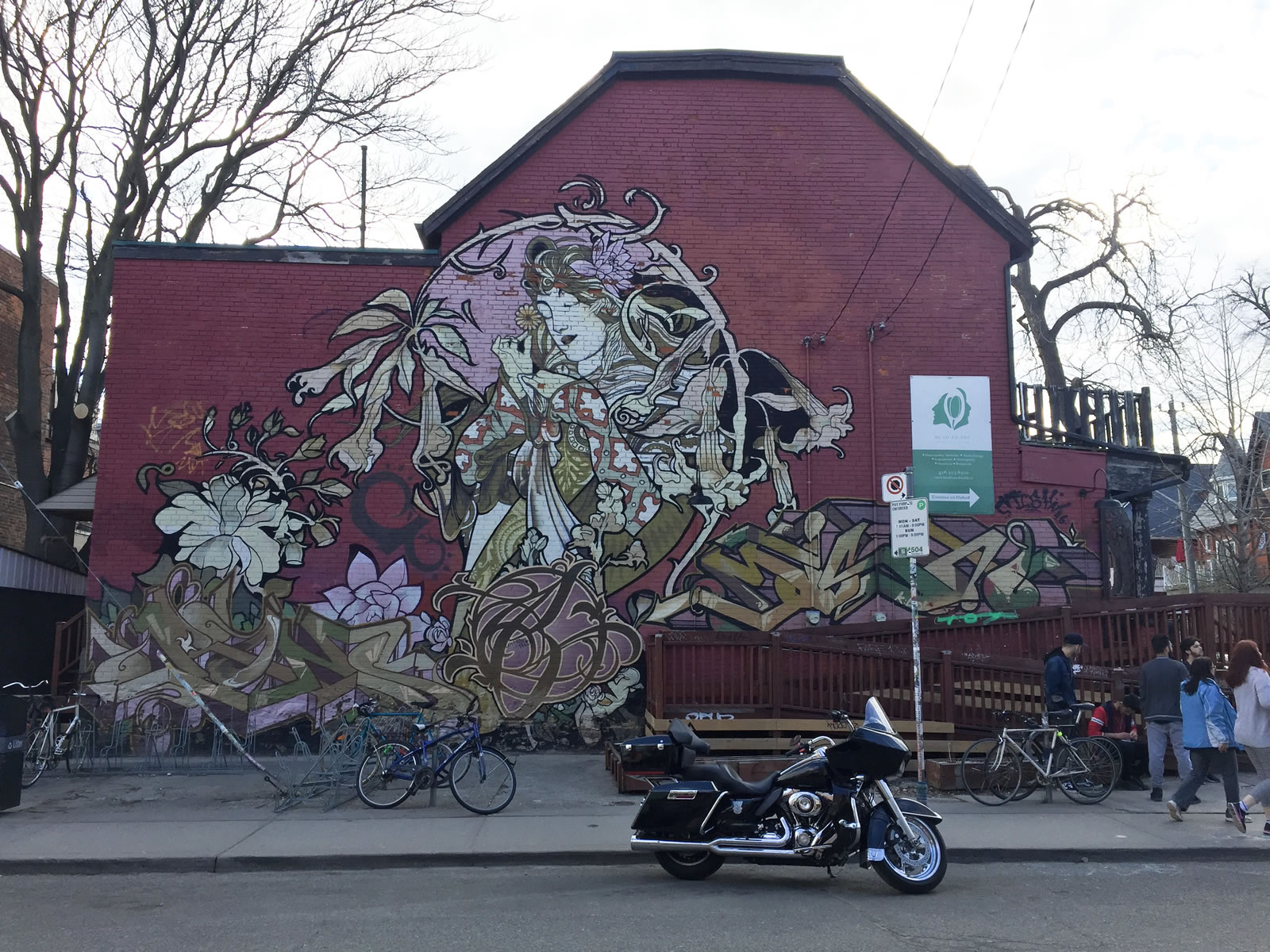 I posted this before by Ryan Dineen .. but it’s the first time I went by and there wasn’t a car in front. Plus, I didn’t get the glare of the sun today. 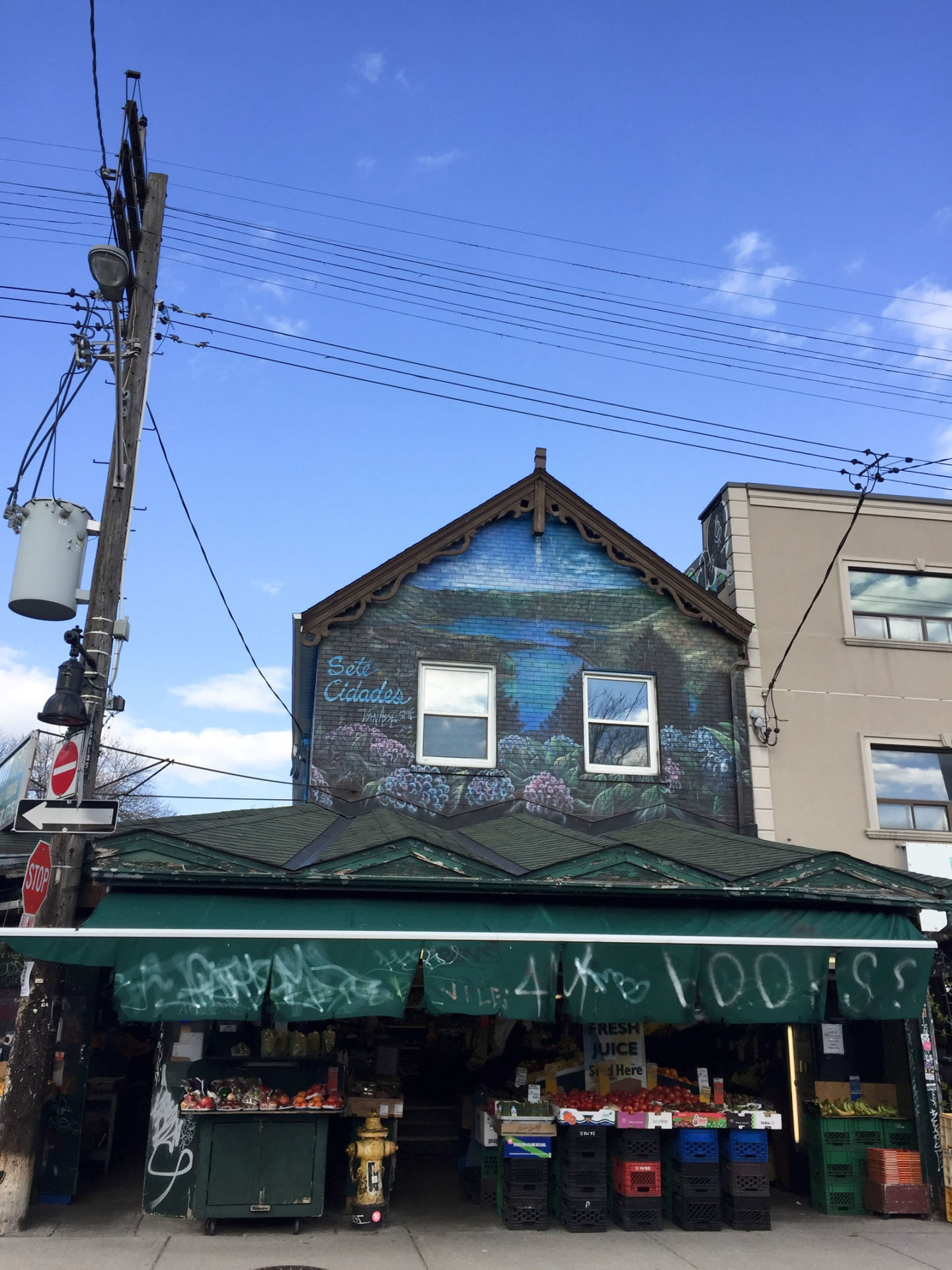 This mural by Douglas Vanasselstine has been tagged on the other side. The front is still looking good. 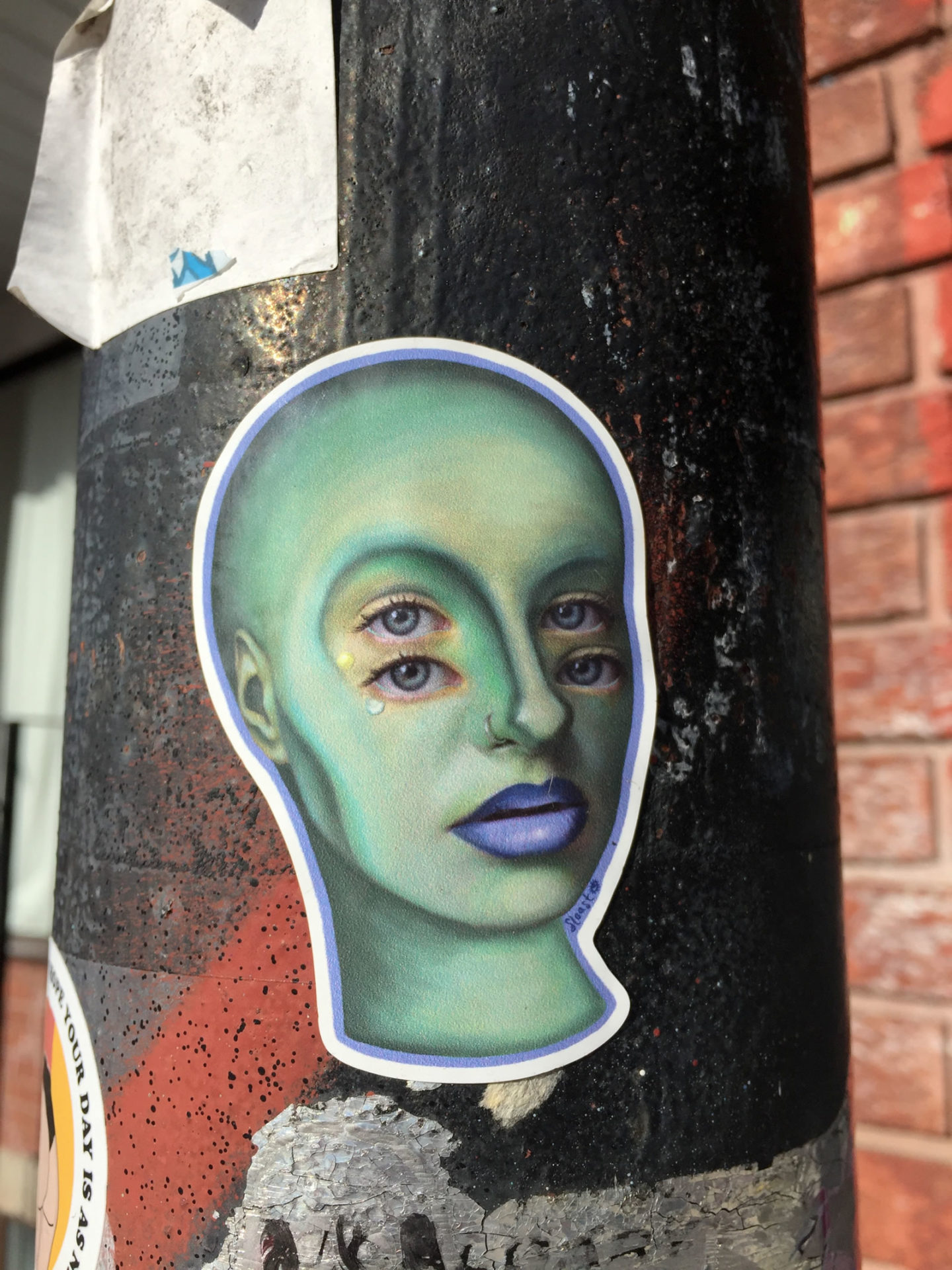 Another cool sticker by Sloast. She is from Montreal. She must visit a lot because I have found lots of her artwork in Toronto. 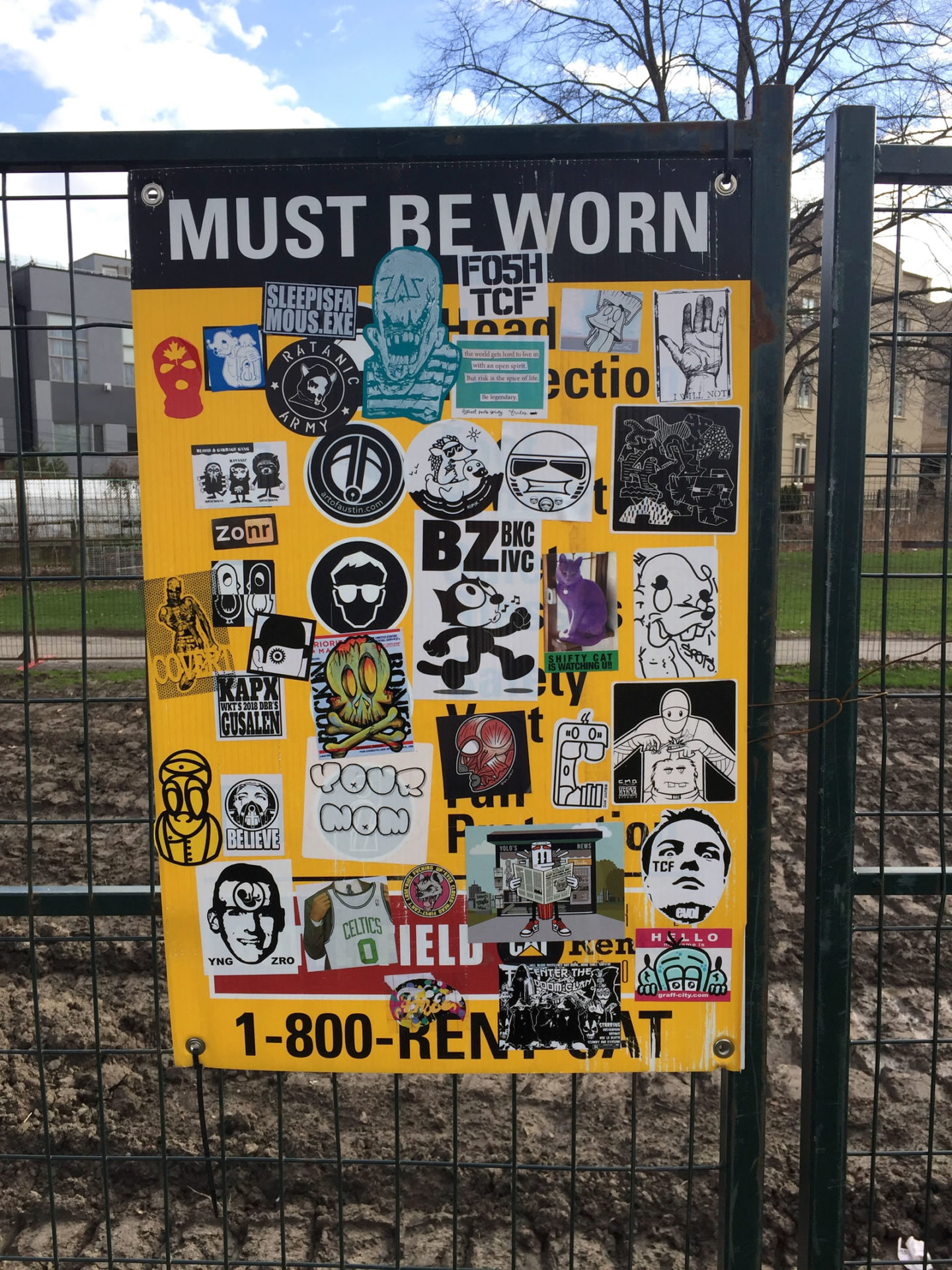 More stickers. Too many sticker artists to mention here. 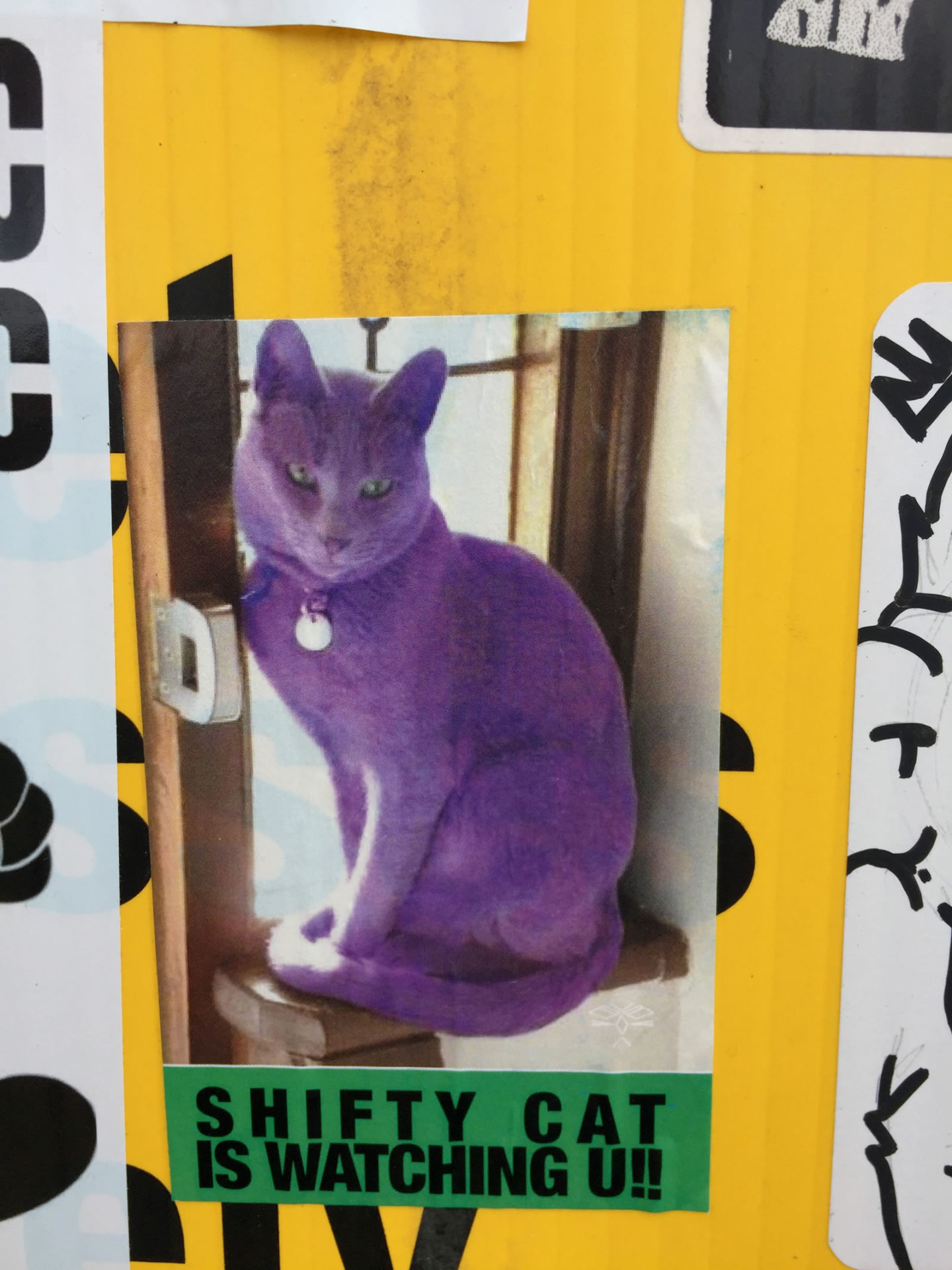 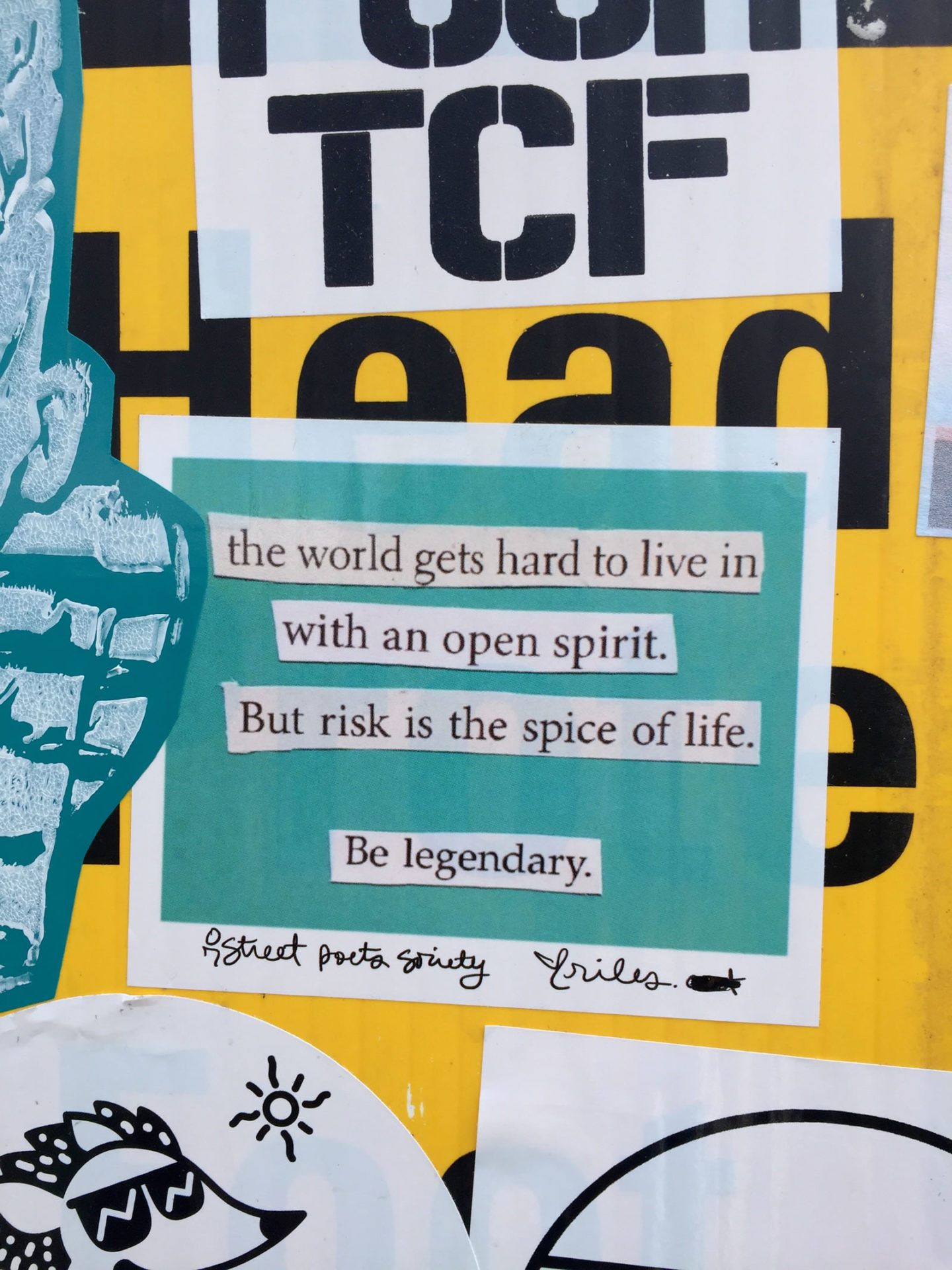 I zoomed in on a couple of my faves. 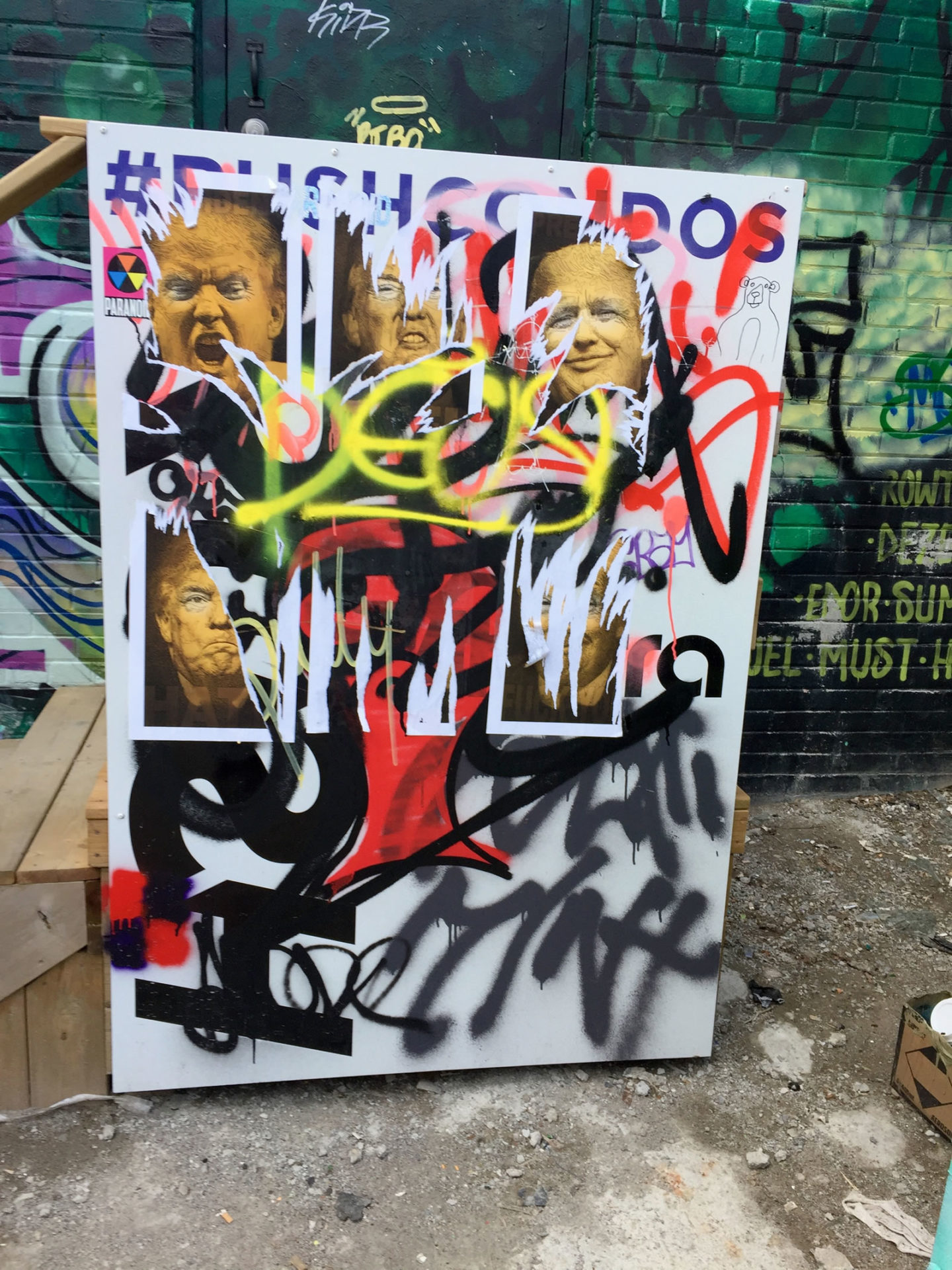 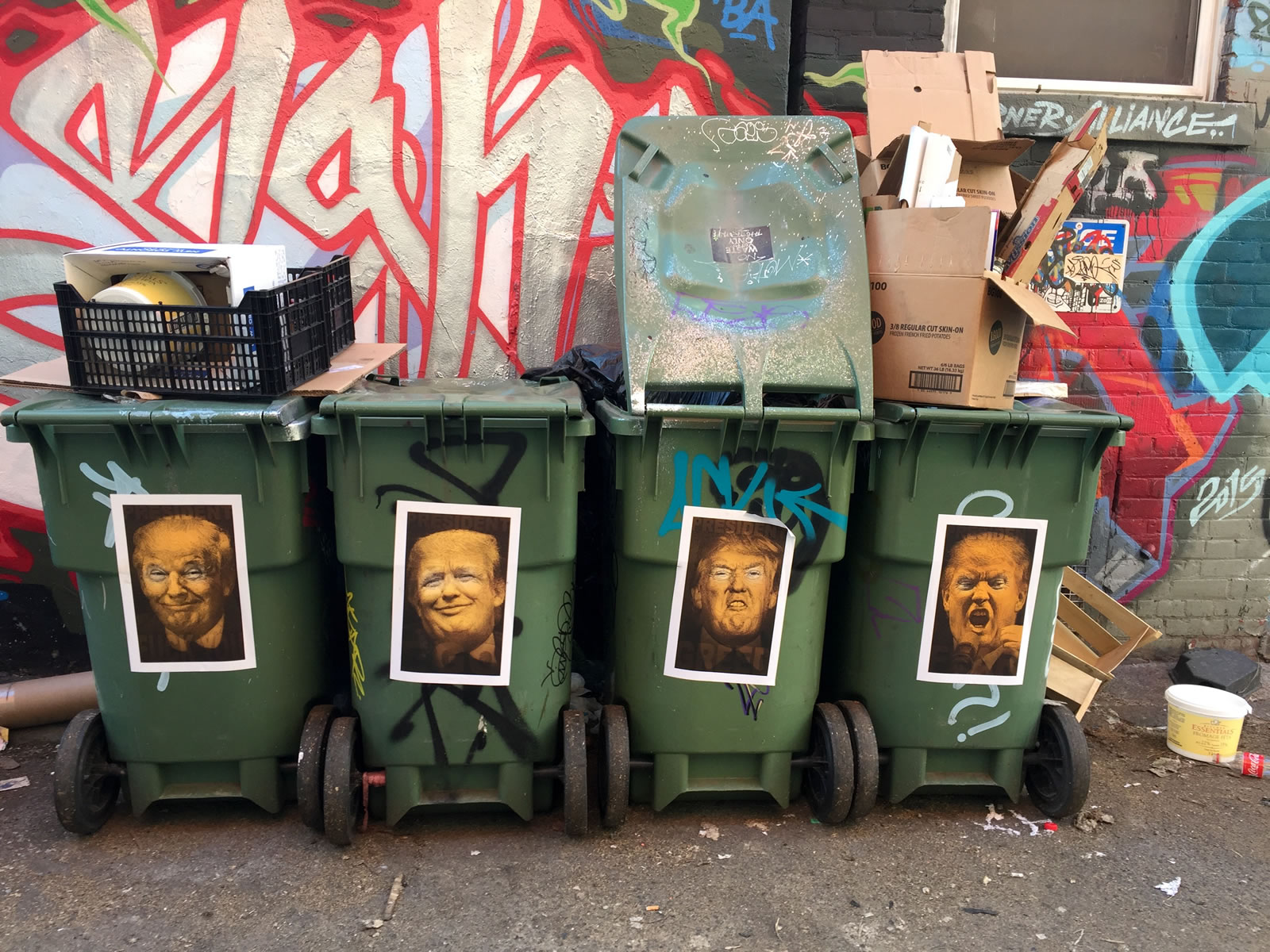 These were a cool find in graffiti alley. Someone put all these pictures of the US president on garage cans.

I can’t believe that I just saw this for the first time today. Alex Senna was in Toronto for a music festival in June of 2014. He did some murals when he was here.

I found the original photo of the art. The new business has changed the door and they added that step but otherwise it’s pretty much intact.

Check out his other Toronto Murals here: