Catching up with another ‘box’ post.. I’m focusing on mostly Traffic signal boxes that I found in 2018. 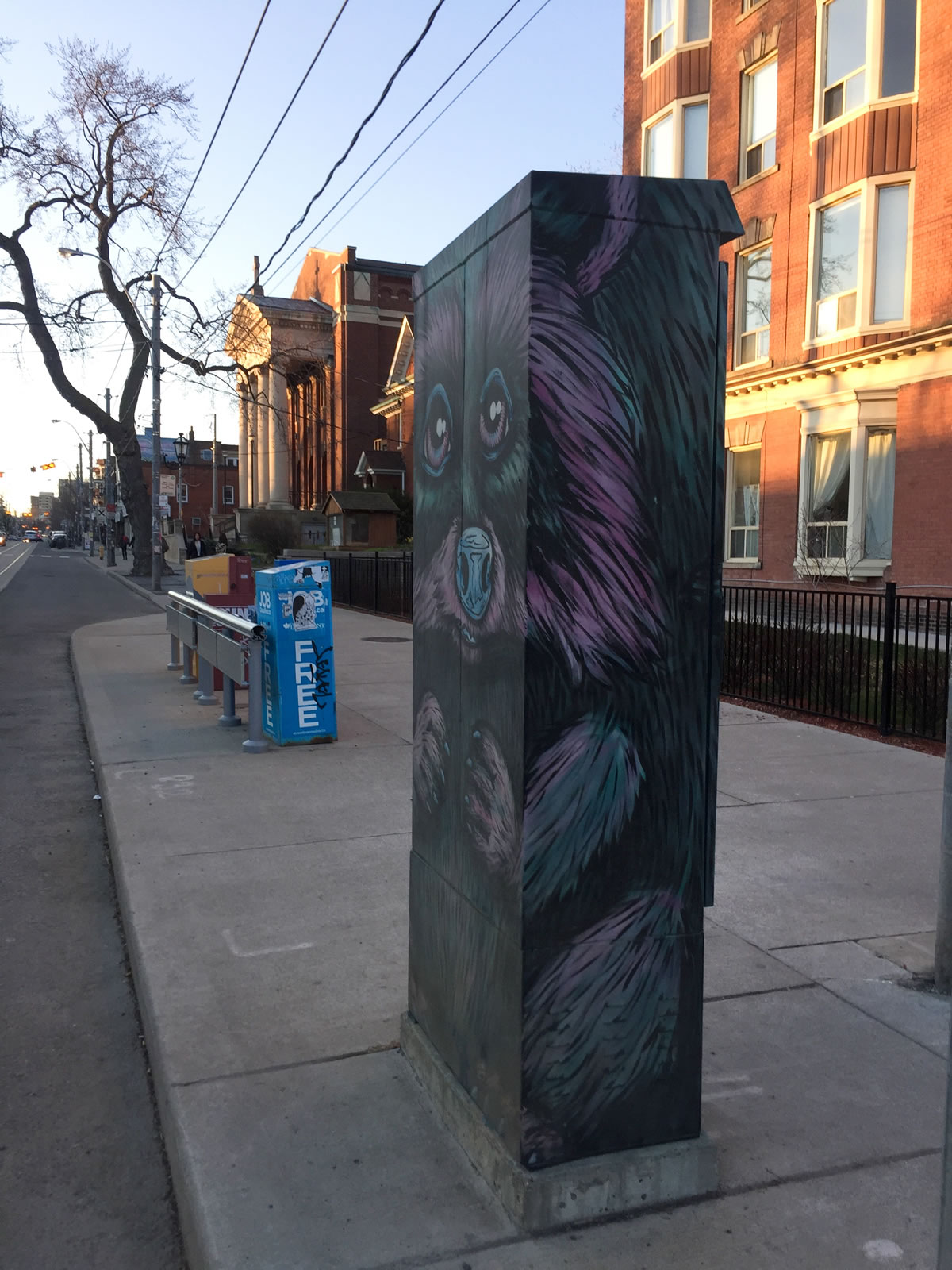 Another raccoon by Jeff Blackburn (who just had a baby btw!). I think he said there are 8 of these by him with raccoons. I have only found 5 so far. 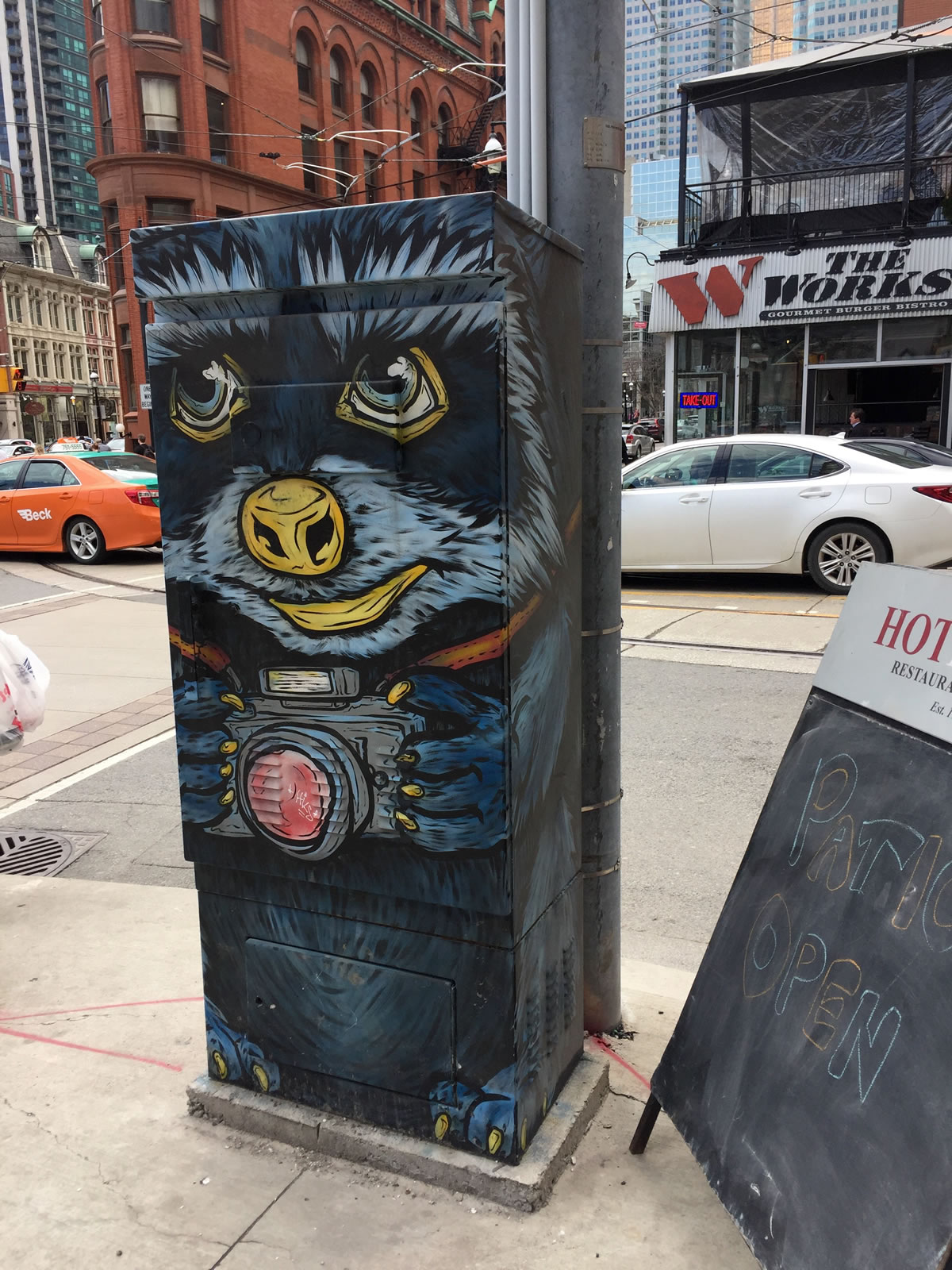 This raccoon by Jeff Blackburn is in a tourist friendly area. Which is why I am guessing he is carrying a camera. 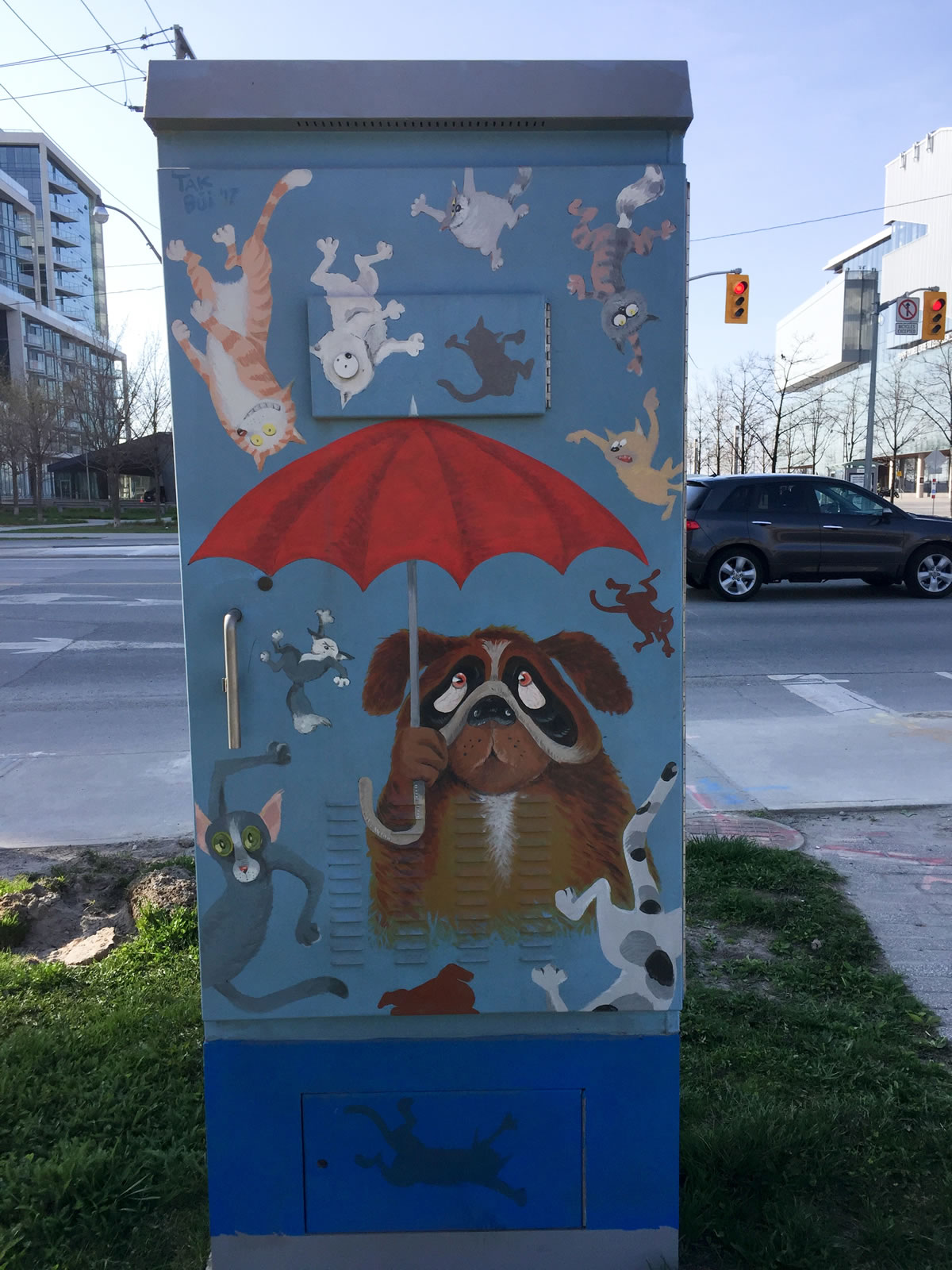 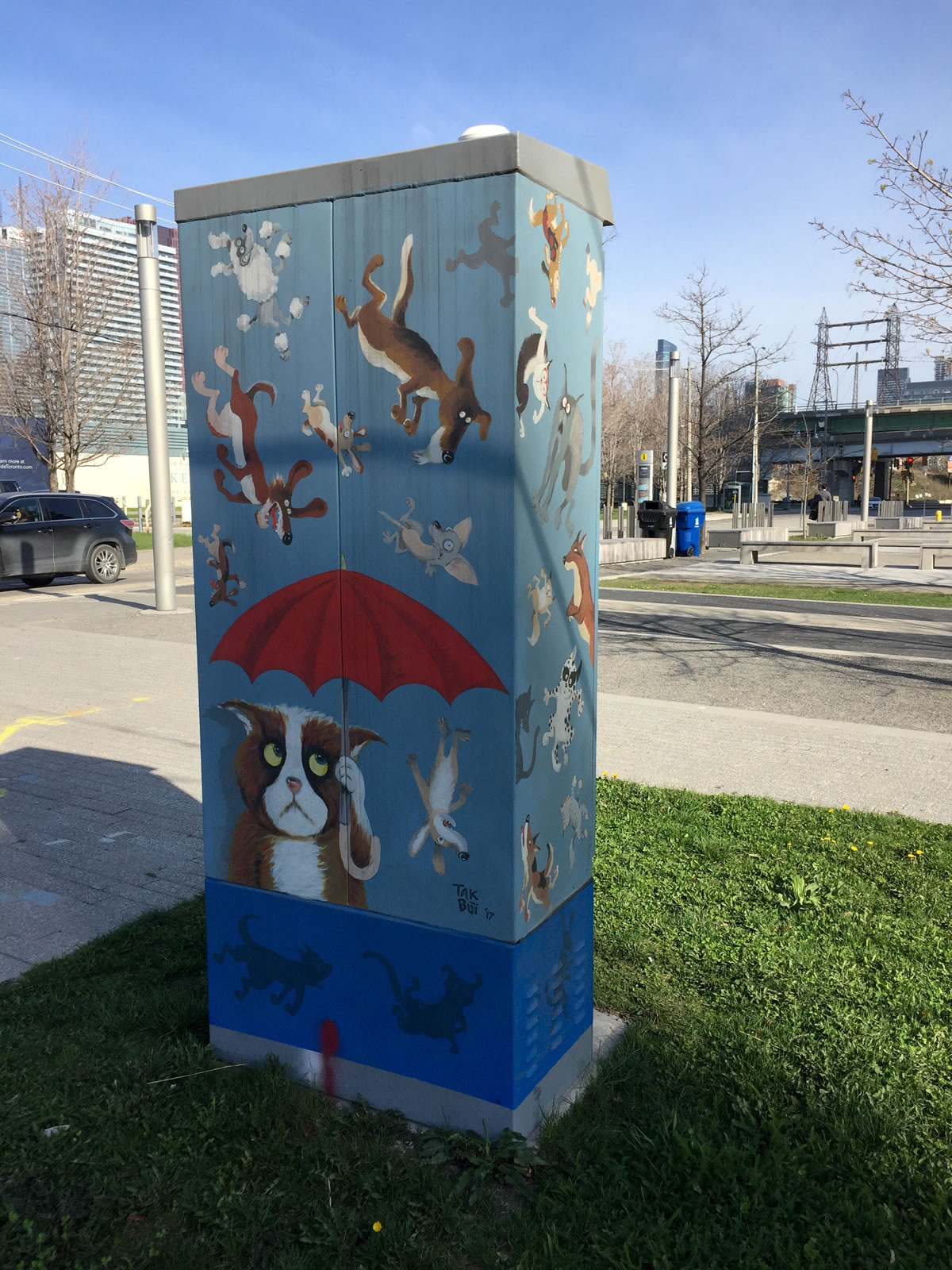 Tak Bui has a lot of outdoor art. I think this is the 3rd traffic signal box that I have discovered. Although, it was sunny the day I found this.. as you can see.. it was ‘raining cats and dogs”. 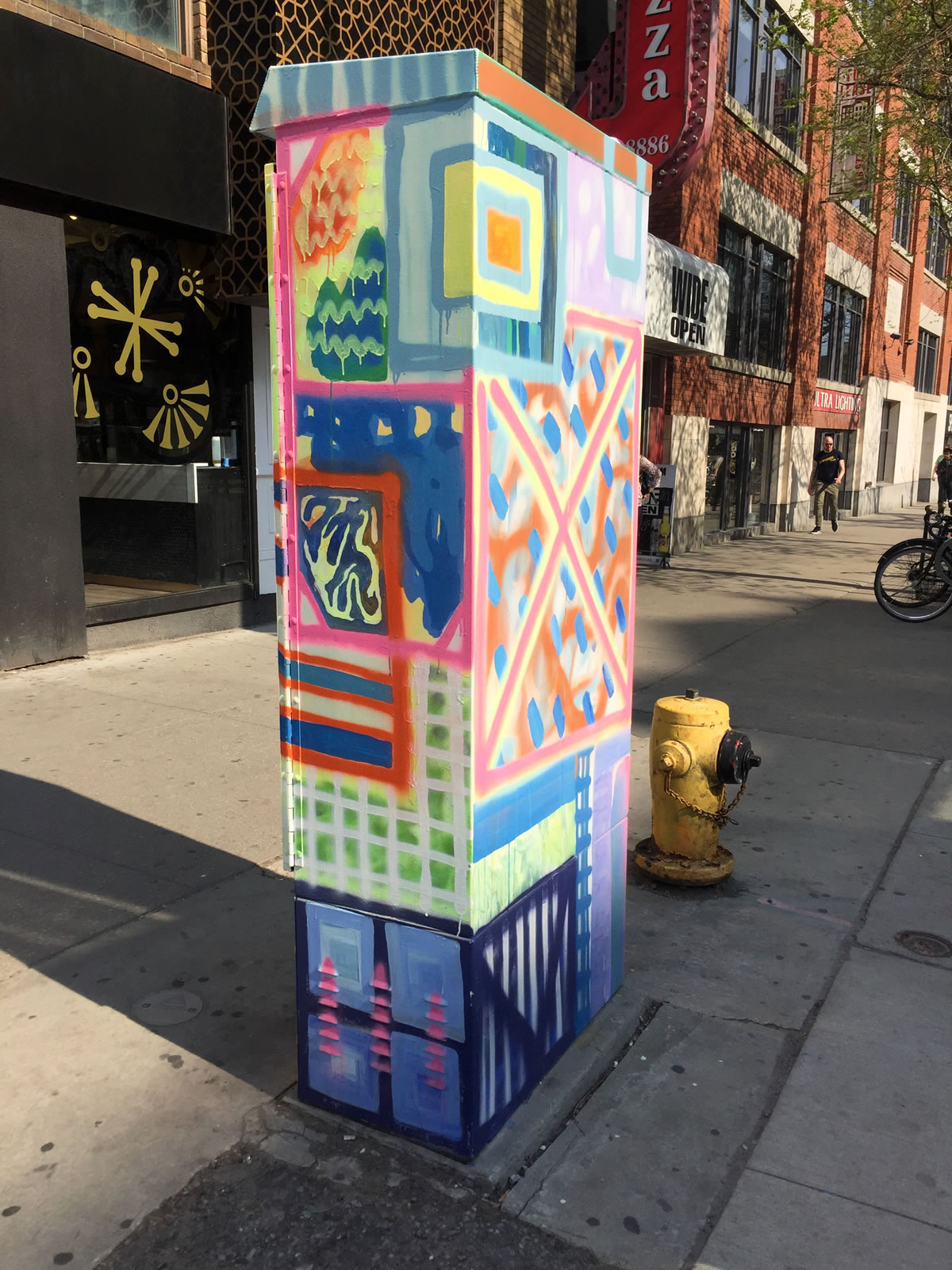 I can’t find any information about this traffic signal box. I think sometimes people just paint on them because they can.

This is by Bareket. She said on her Instagram in July: “6 years ago I painted my first mural on a utility box and it changed the direction of my life. That experience helped me realize that adding my colourful creations to the streets makes me feel connected and alive. Thanks @start_streetartoronto for giving my first opportunity and for having me back every year since.”

Ok I am including this because I used to live down the street for this. She has been doing the art on this box since 2012. She glues pennies to the box and she calls it the “Penny Art Project’. The only problem is.. well people were stealing the pennies.

“Hi My Funny Friend, I’m Miss SUZETTE I love solving things with HUMOUR, COMEDY, PLAY, CHEER & FUN. Thus I had to INVENT a lot of HUMOUR TECHNIQUES, EXERCISES, IDEAS, THOUGHTS, APPLICATIONS, because we all have CUSTOMIZED CHALLENGES…” 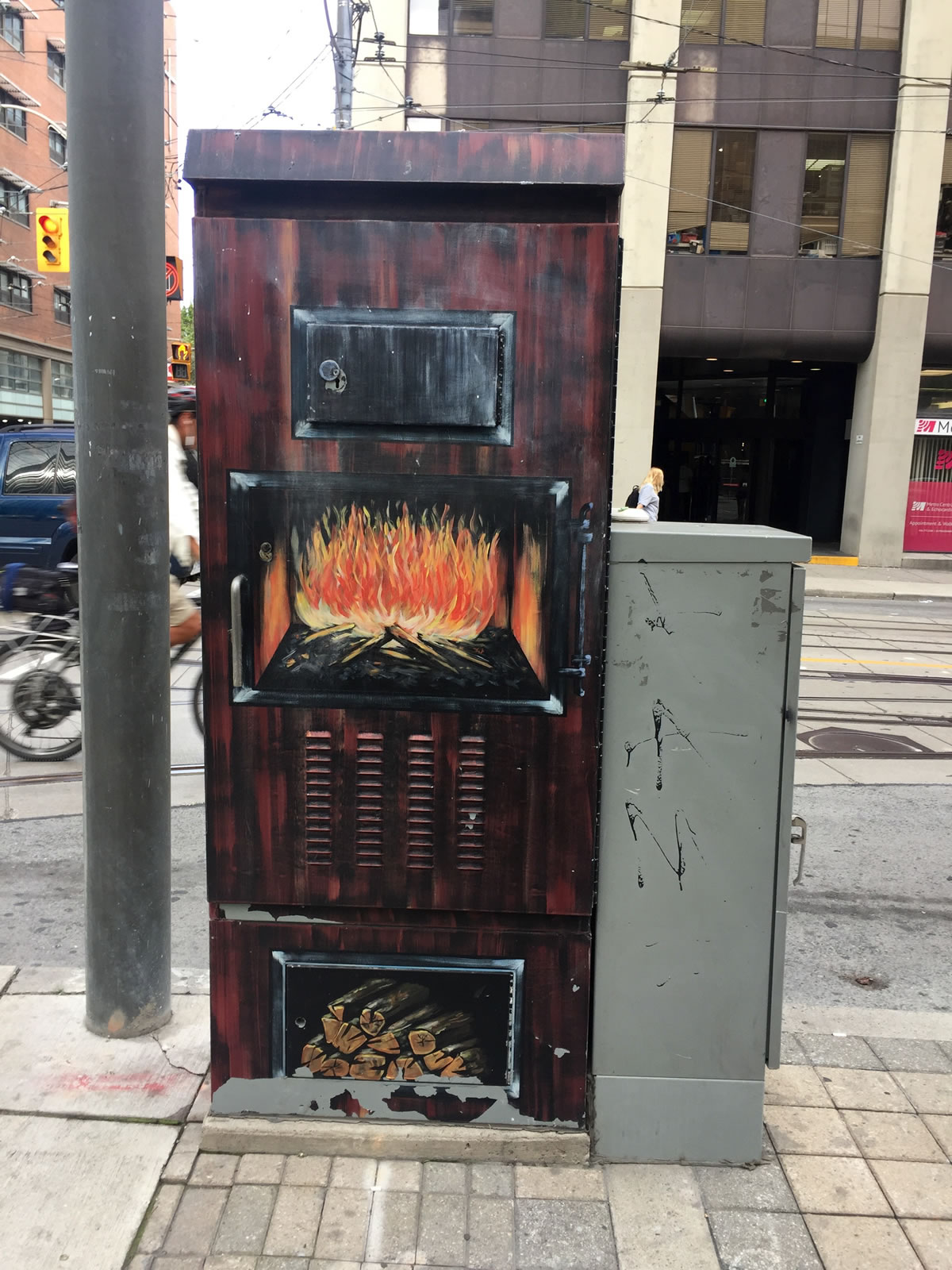 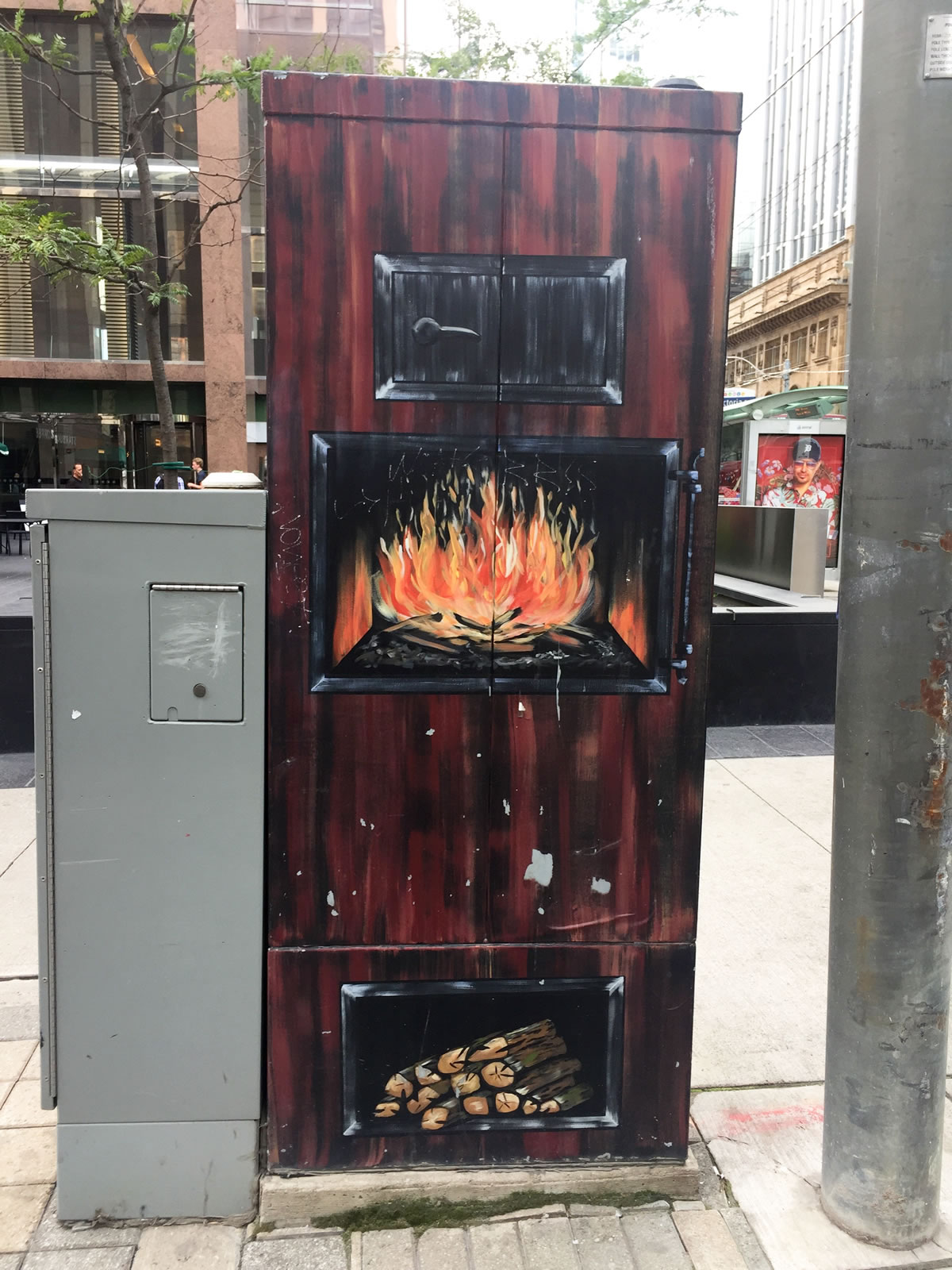 Another one that I don’t know who it is by.. I’ve only seen this in the summer.. but I imagine in the winter it might bring some warmth. To be honest.. I find it very odd… but to each their own. 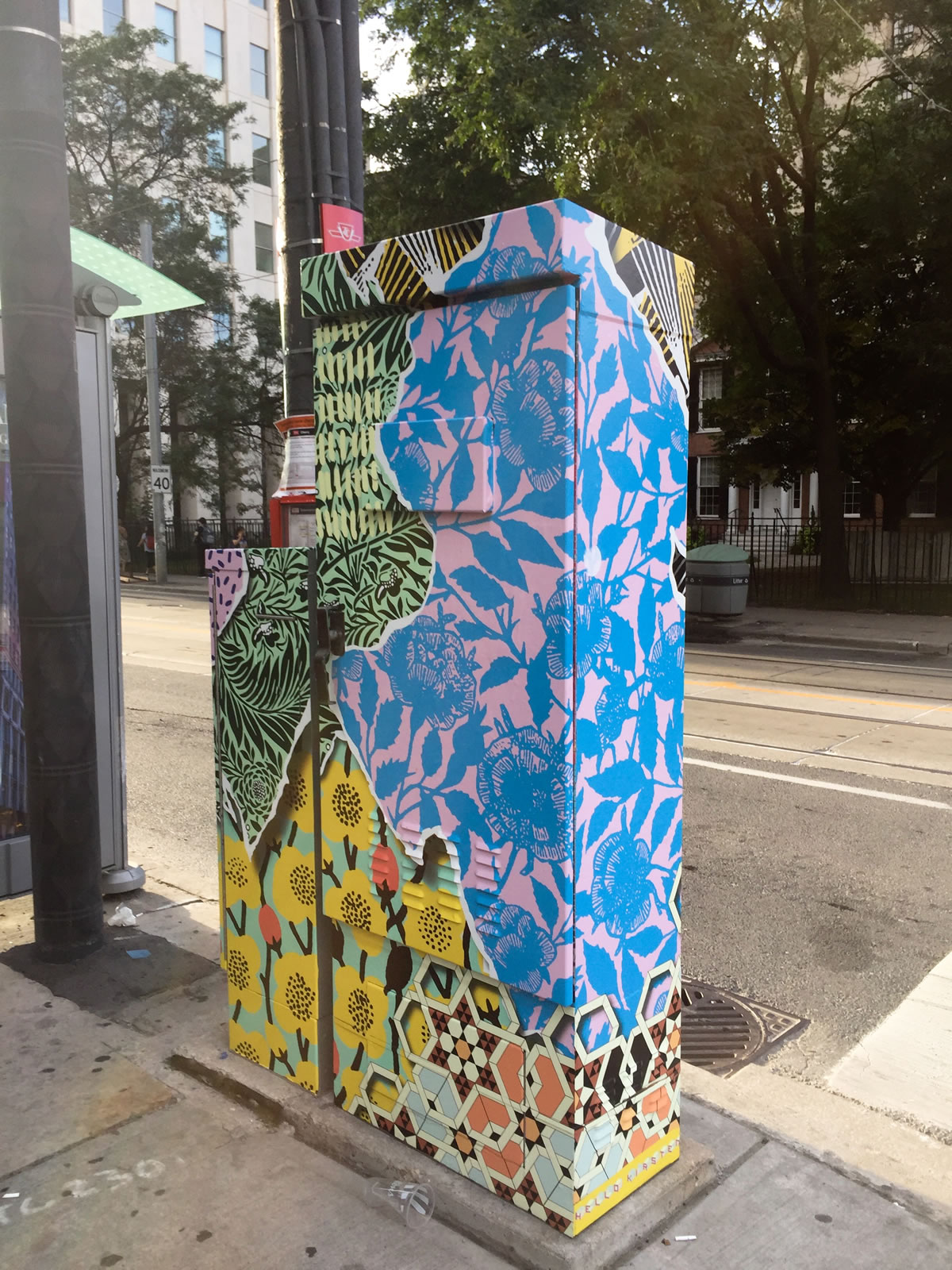 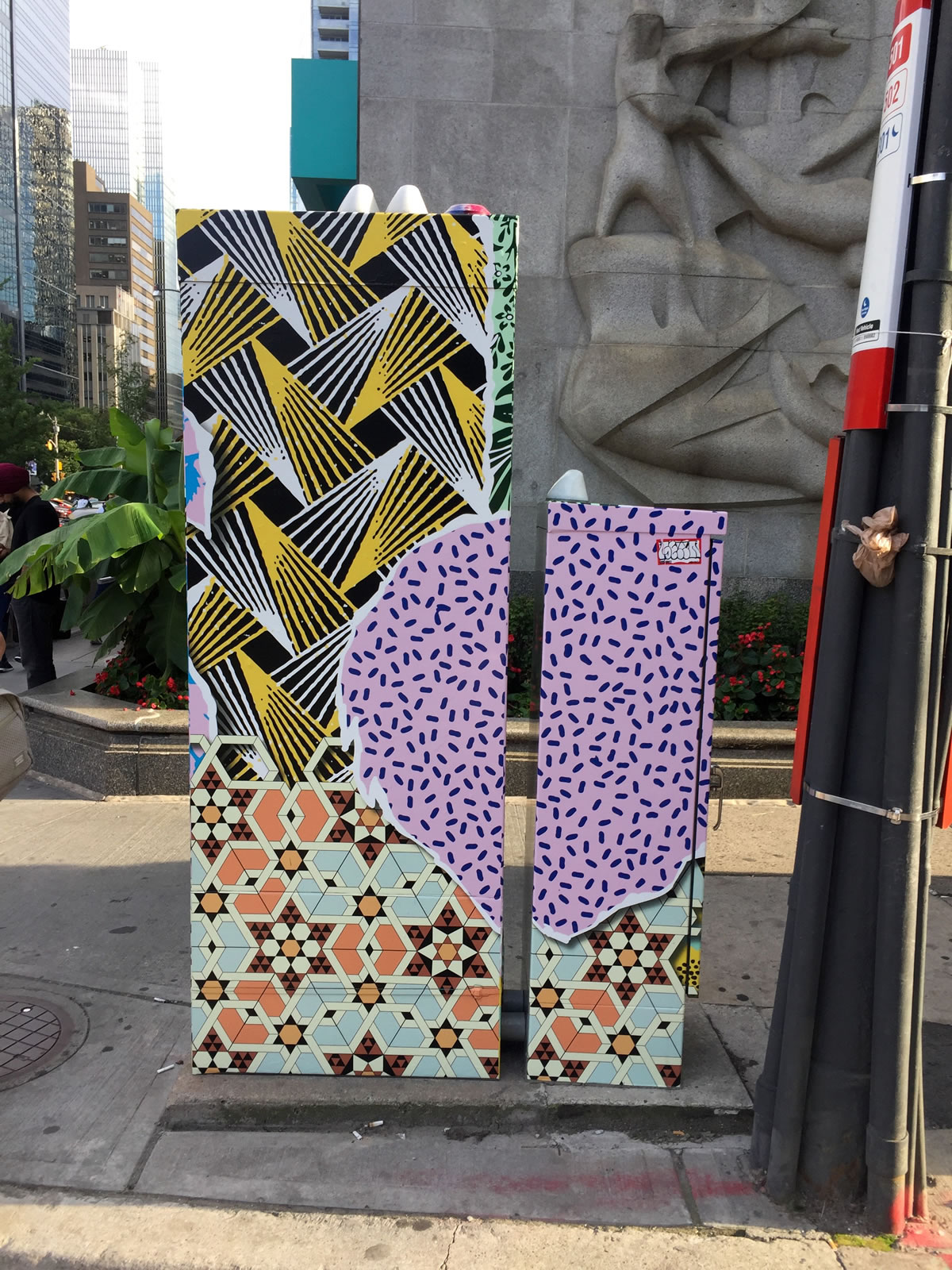 This is by Kirsten Mc Crea. I really liked finding this one last year. She did an incredible job on it. 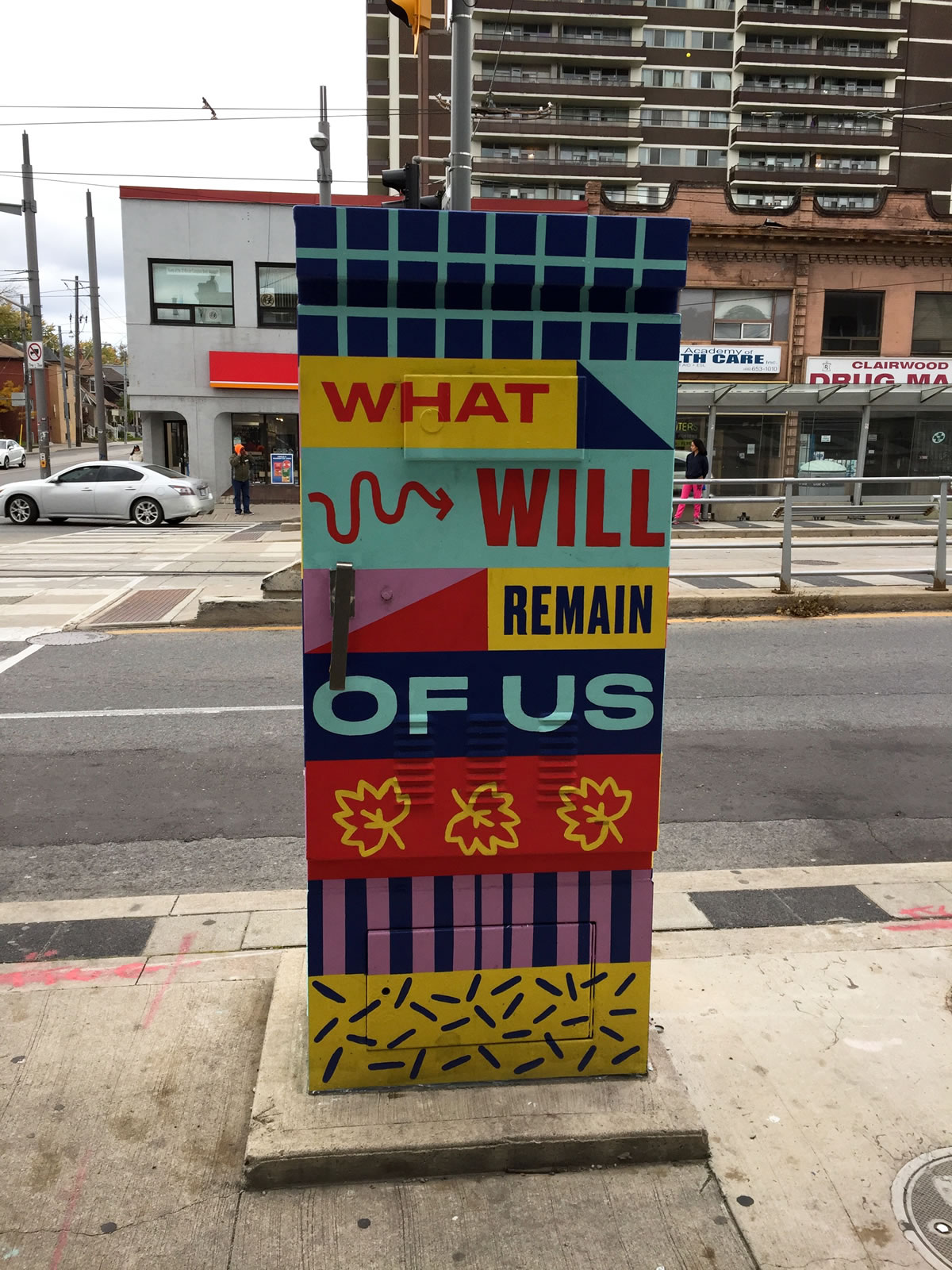 This one again I don’t know who it is by.. I did a walk about so you get a better picture. Jane Jacobs was an author.. from Wiki: ” Her book The Death and Life of Great American Cities argued that urban renewal did not respect the needs of city-dwellers.” 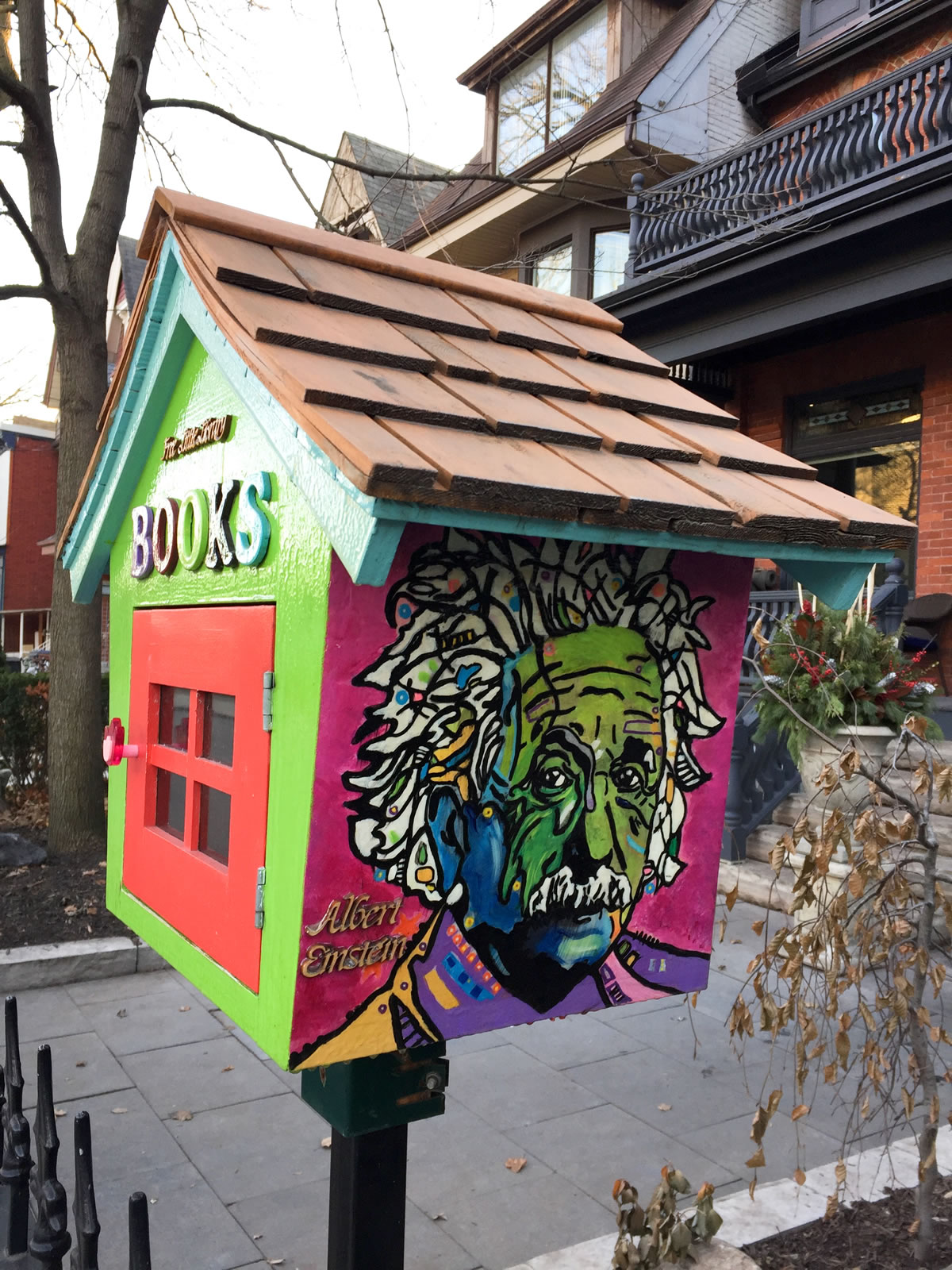 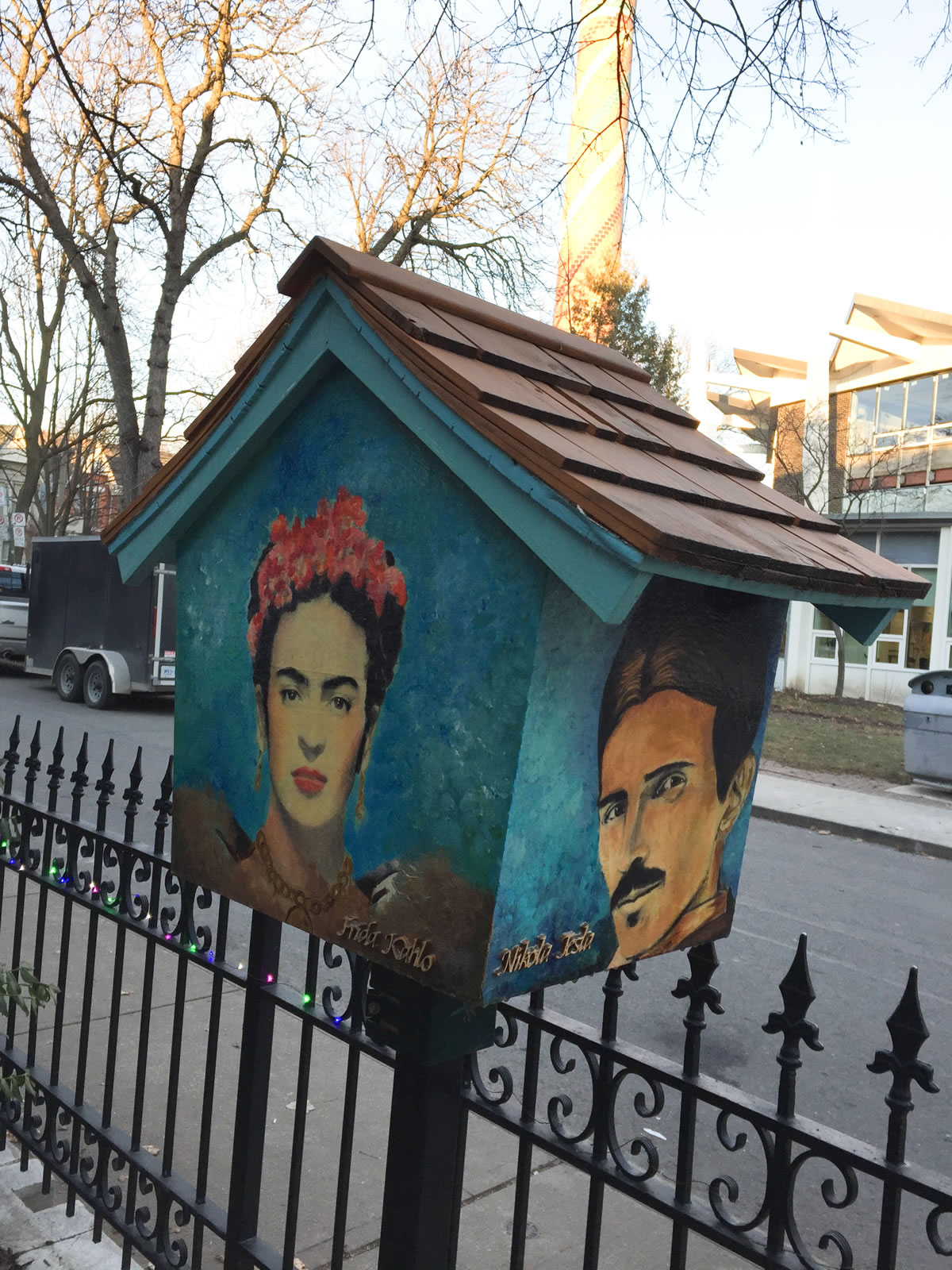 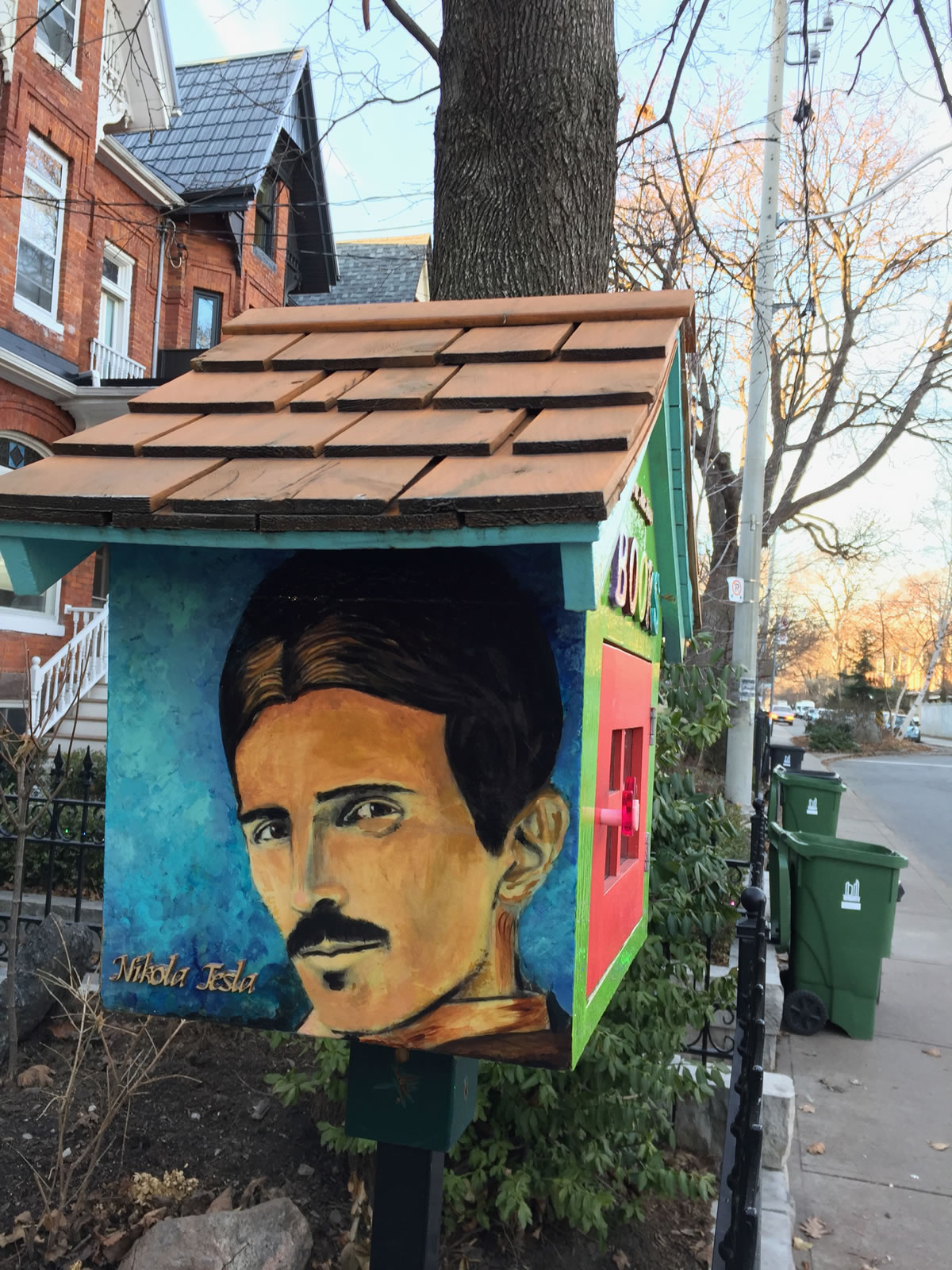 Going to include this even though I’ve posted it before. What a great idea !