I wasn’t able to get around much in December and January because of my broken ankle. The weather in February wasn’t too evil so I was able to do some urban exploration. All of the graffiti and street art photos were captured during the month of February.

Some of the artwork from Wall Expressions that was organized by Miss Lady Oops back in September of 2017 with her partner Spudbomb. The snow changes the way a lot of outdoor artwork looks.. to me anyway..

Not sure what this was about.. someone looks to have their artwork on the front lawn. I tried to find that address on Facebook and came up with nothing.

I might have shown this before.. and I still don’t know who did this mural. It’s tucked behind a little coffeeshop in Parkdale.

I featured some of the murals in Croft St before.. but I’ll post a few more. This is a really long street and a lot of the art changes.. The graffiti is never ending.

This wall mural seems to be dedicated to Monty the Cat.. it reads

“Did you know Monty the Cat? King of Croft and all that. Ask your dog! Ask your pat. Did you give him a pet. Once you had met? Or tickle his soft silken tum-tum ? Did he tell you his tale in articulate meow and share his affection with a rub of his brow? If so, then we truly must thank you. His loss has left us really quite blue. But remembering all of those of you. Who knew how to share a sweet kindness true. Who would pause on the of each day. Most of each day. Offer Wee Beastie Affectionate Beastie In Memory of Monty.

Too Smart To Be Happy Graffiti

That graffiti was on the outside of a garage door.

Take Your Hand from the grave and keep your place some dragons are misunderstood.

Found that “one day dream comes true!” graffiti on a side of a small building. The graffiti is hard to read because its in silver paint. The graffiti only reads from certain angles.

There is a lot of graffiti in this alleyway.. It’s not a very long alley but its full of graffiti just like this.

I Lost You Graffiti

I found that on the side a laundry. Seems like someone broke up and wrote that graffiti. 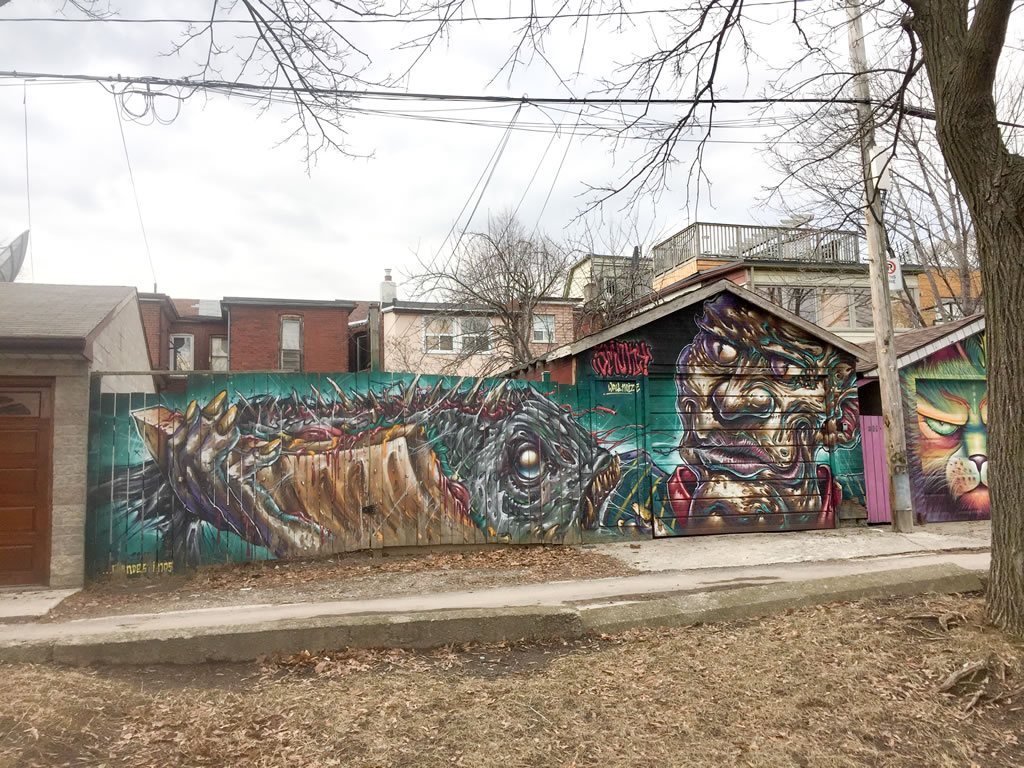 I’ve posted these murals by Bruno Smoky & Shalak Attack .. but these pictures are a little better. The bleakness of February makes the colors pop.