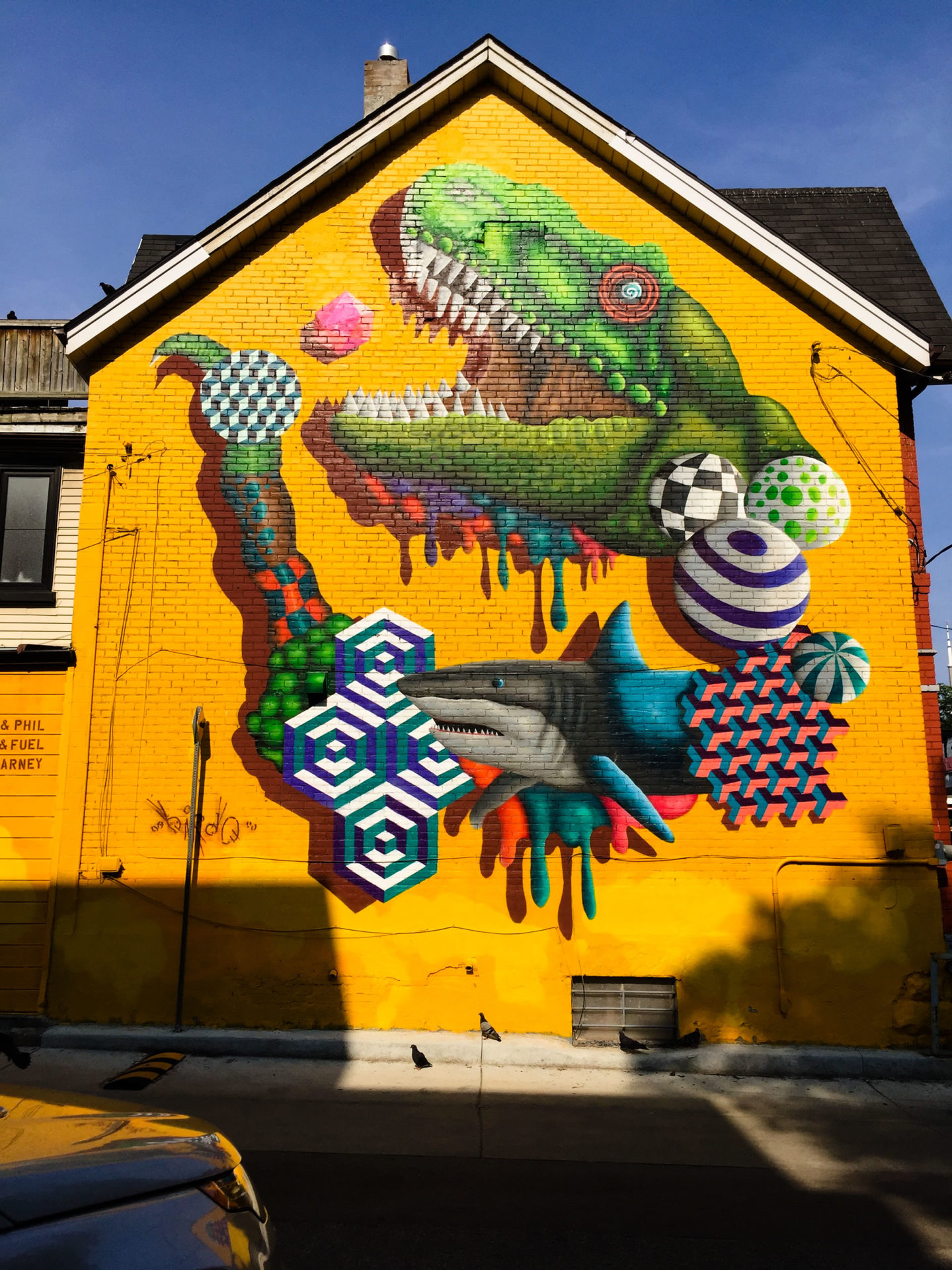 One by @jerryrugg aka Birdo that I had thought I had posted but I didn’t. I’ve taken so many pictures of this which is why I thought I had already put it on Instagram.

I’ve put a lot of his art on here. He’s the one artist that I have never seen working, which is surprising because he has a lot of murals all over the city. He even did a garage door next door to someone who I know and she never saw him either.. it just appeared !

If you go to his website.. www.jerryrugg.com there are these random videos that appear with him wearing a really cool Bird mask and reading a book. When I googled him.. I got an interview that he did for a Saskatoon newspaper.. which is where he was raised. The article goes on to say that he got the nickname ‘Birdo’ back in high school and its just a coincidence that he paints a lot of birds.

There is a smaller mural to the left of his that I was going to post but the shadows are half way through the artwork. Sometimes the light really brings these to life. On dull days they still stand out but when the sunshine hits certain ones its like they are springing out from the walls.

Going through his Instagram account this goes back to October 2015. He used to have a really funny post on his account that looked like it was a screen snap from Justin Bieber – it appeared that they somehow knew each other. Its since been deleted. 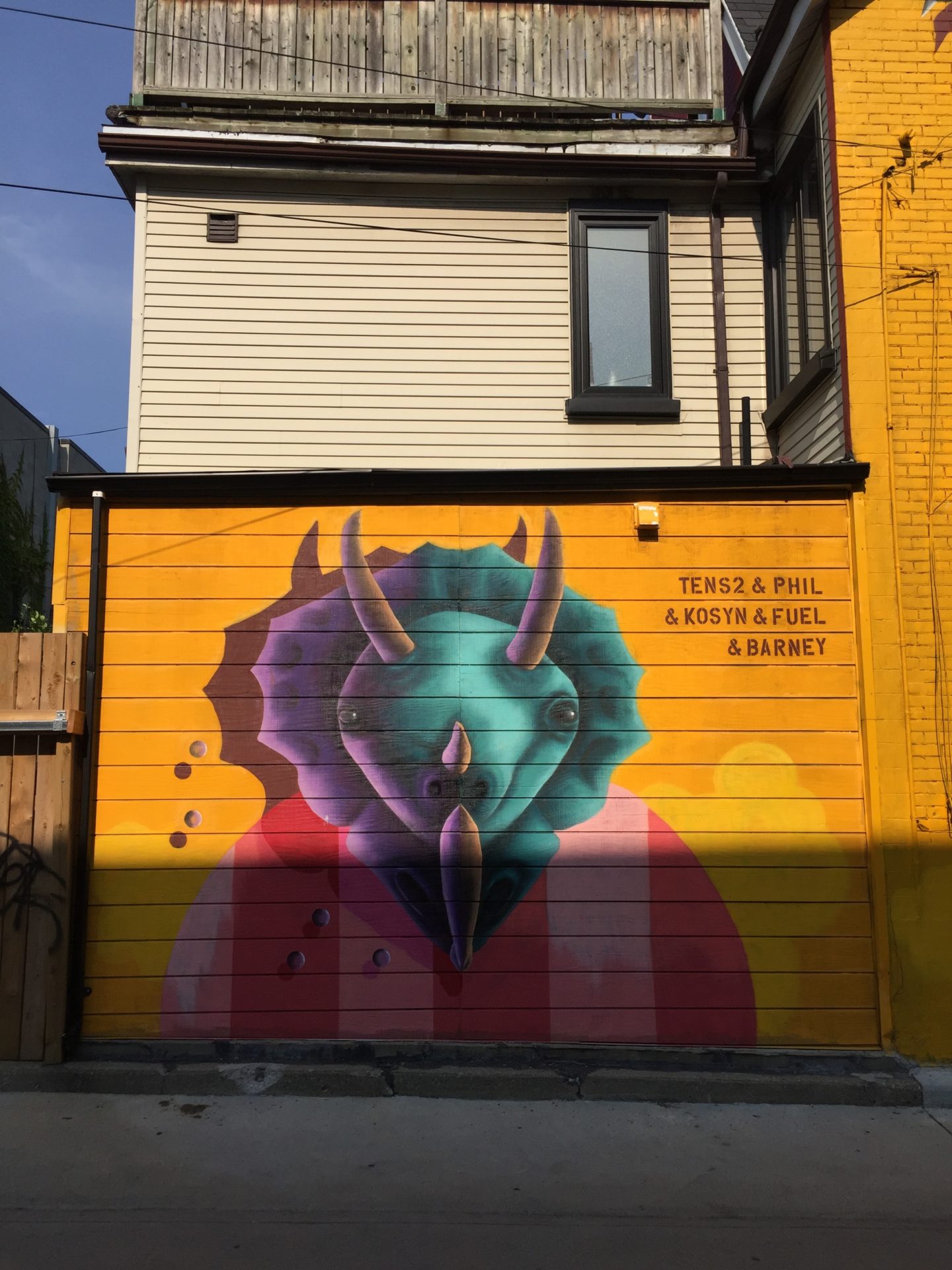 I included the smaller mural to the left which is by his regular mural partner @mr_tensoe2
This one was done sometime after the larger mural.

Both these Graffiti Street Art Murals found at this Toronto Location