More exploring from Sunday – November 19th, 2017 – it was kinda cold and miserable out but I figured — its sunny out might as well go and see if I can find some new street and graffiti. 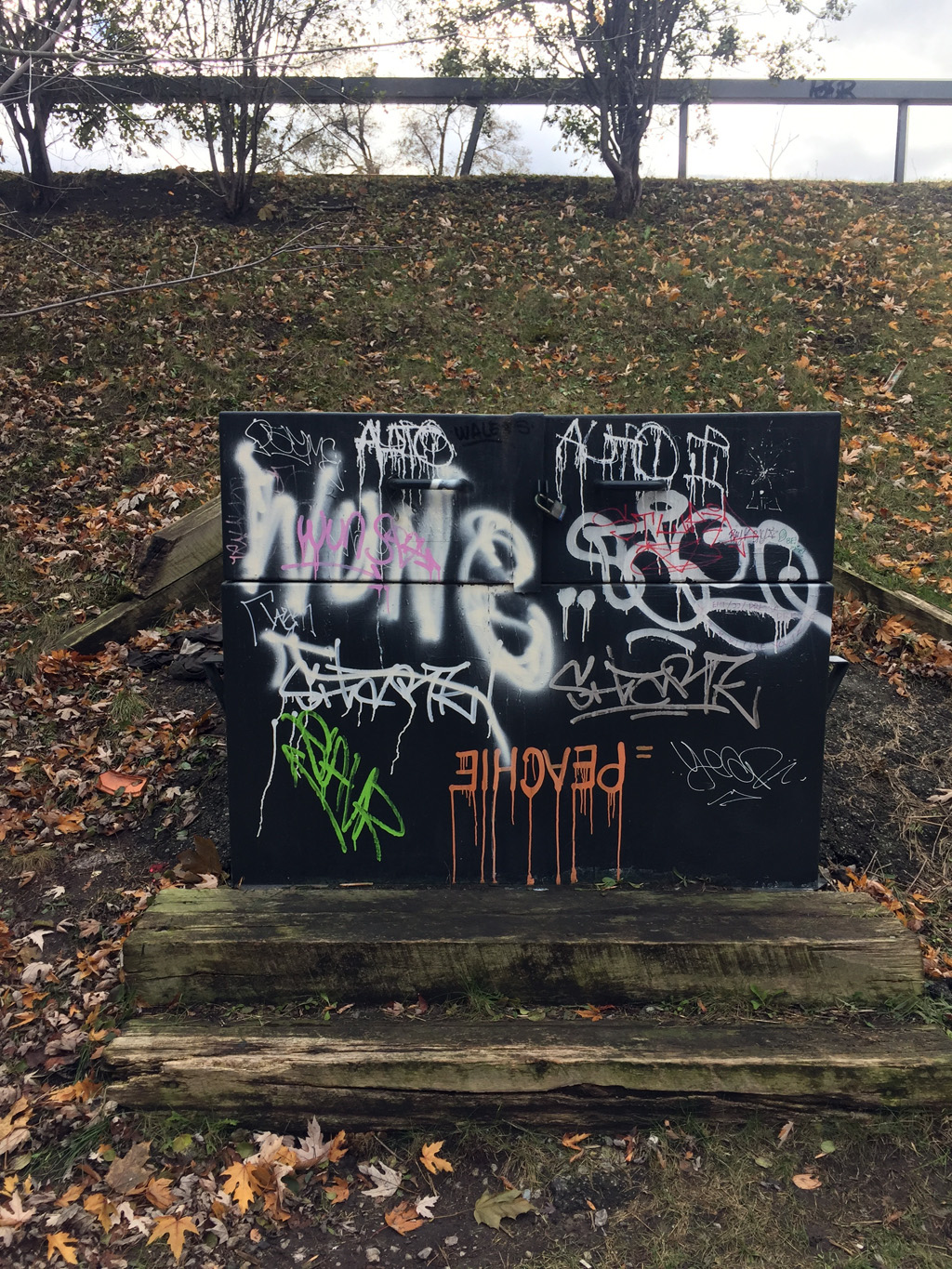 They painted this over last year and less than 12 months later its looks like this again. This one is right by High Park at the Queensway. I imagine that will paint over it again.. and again it will look pretty much like this after that. I’ve noticed that “Peachie” tag everywhere – he does lizards as well all over the city.

Lizard Graff in back alley 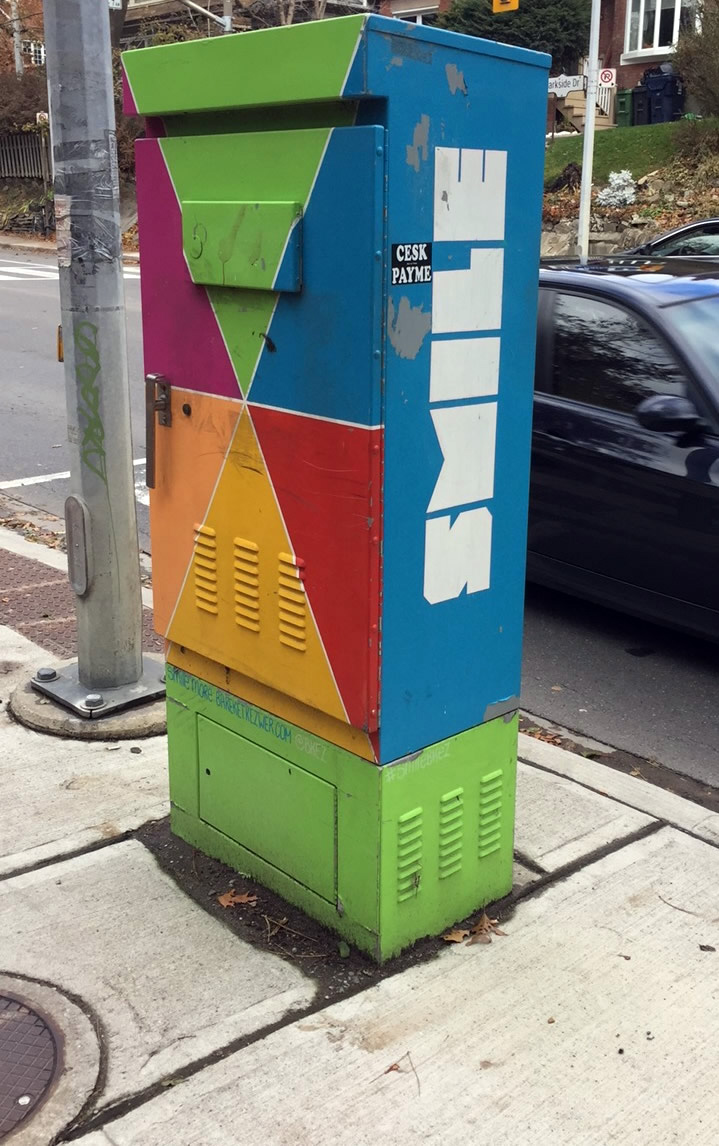 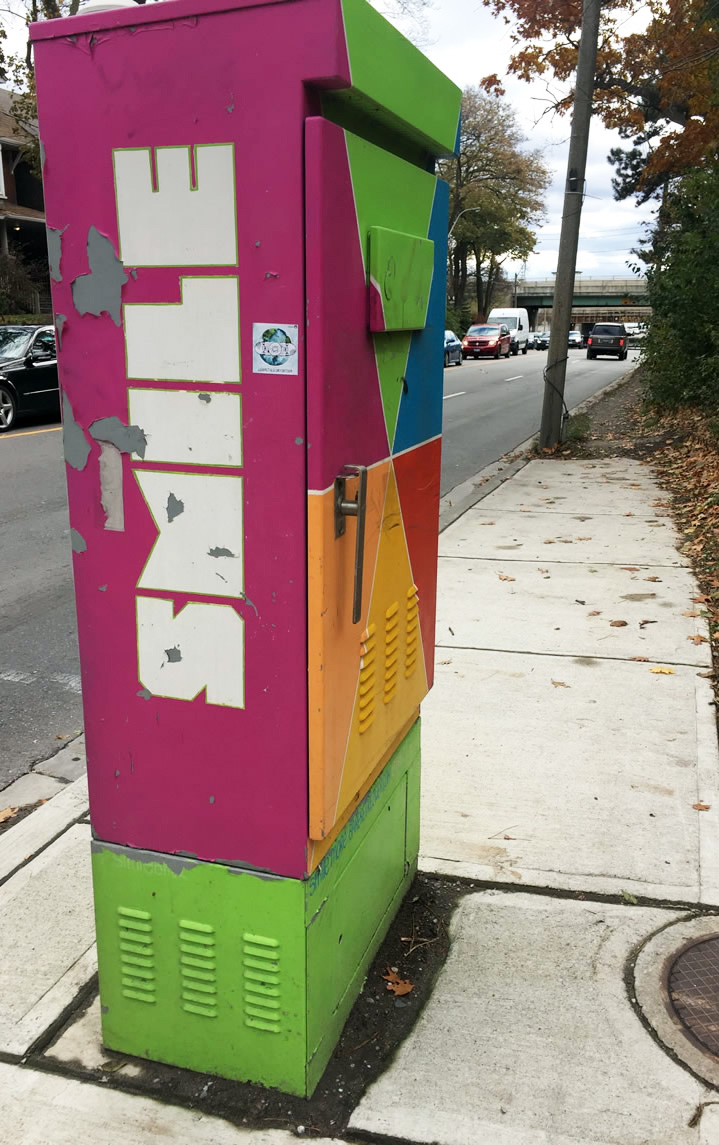 This is at the southern entrance to High Park. Bareket said she did this one 5 years ago and it was her first. She has a picture of this on her Instagram account but the background looked different. She said that it had originally been at Queen and Ossington but had been moved later to this location.

Here it was at its original location:

5 years ago, I painted this smile in Toronto as part of the Outside the Box program organized by @start_streetartoronto. It was my first paid mural, and my first commissioned smile! I've had the privilege of painting a smile box every year since, and on Tuesday from 2-4, I'll be leading a workshop about what makes a good design and how to put together a winning submission at @northerncontemporary in Parkdale. If you live in Toronto and are interested in getting your toes wet in the mural world, this is a great place to start and I'd love to see you at the workshop next week!

She said she’s going to give this one ‘some love’ soon. It does need some repair as the paint is starting to peel in some sections and there are some sticker slaps on it as well. There was some construction down here during the summer – so it might have gotten some dings from all the trucks. 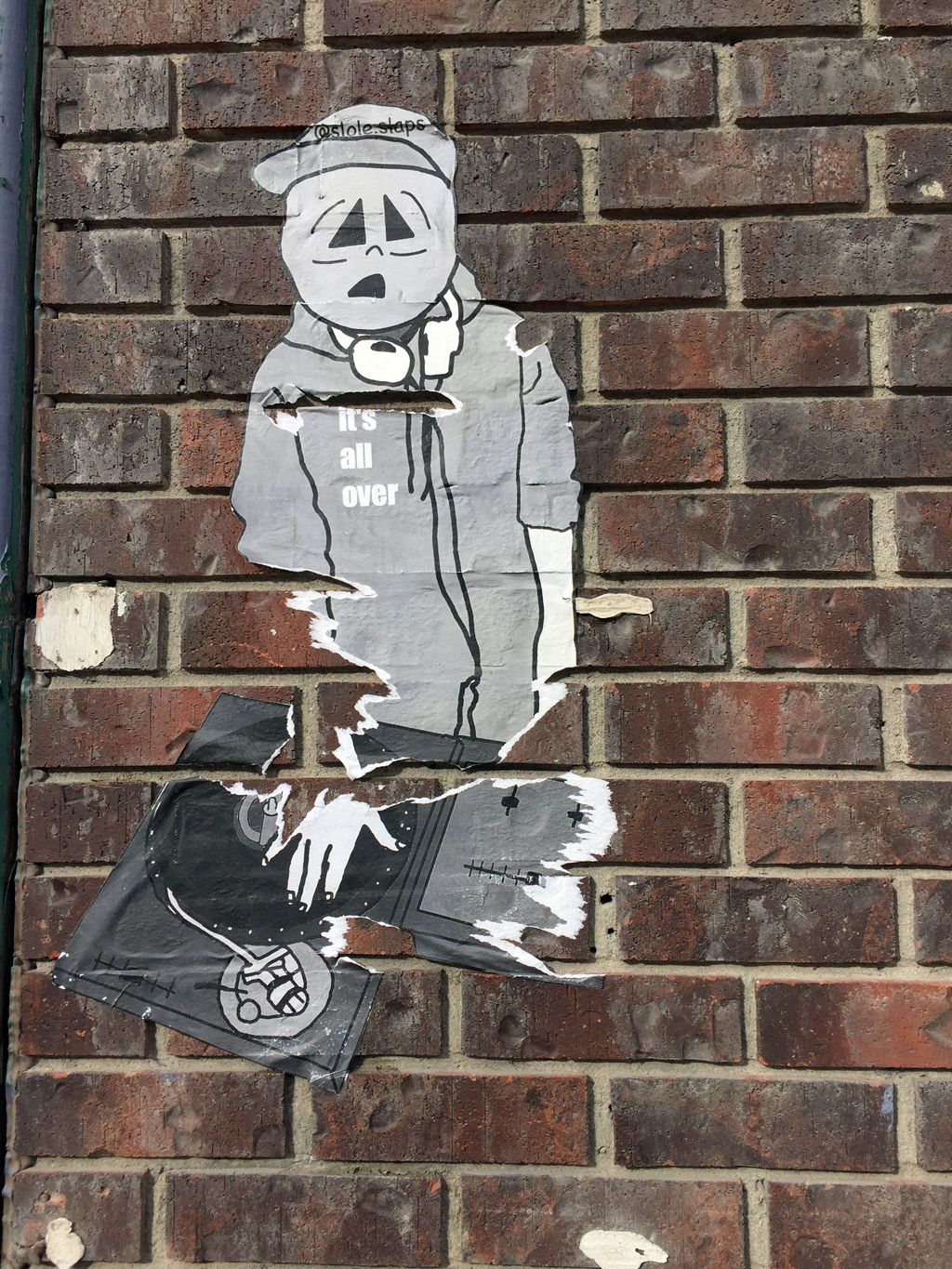 Don’t know much about this guy. He seems to be very active in the Roncesvalles area. This one is nearby by the Dundas Street Subway station. Not sure what Slole Slaps stands for either. 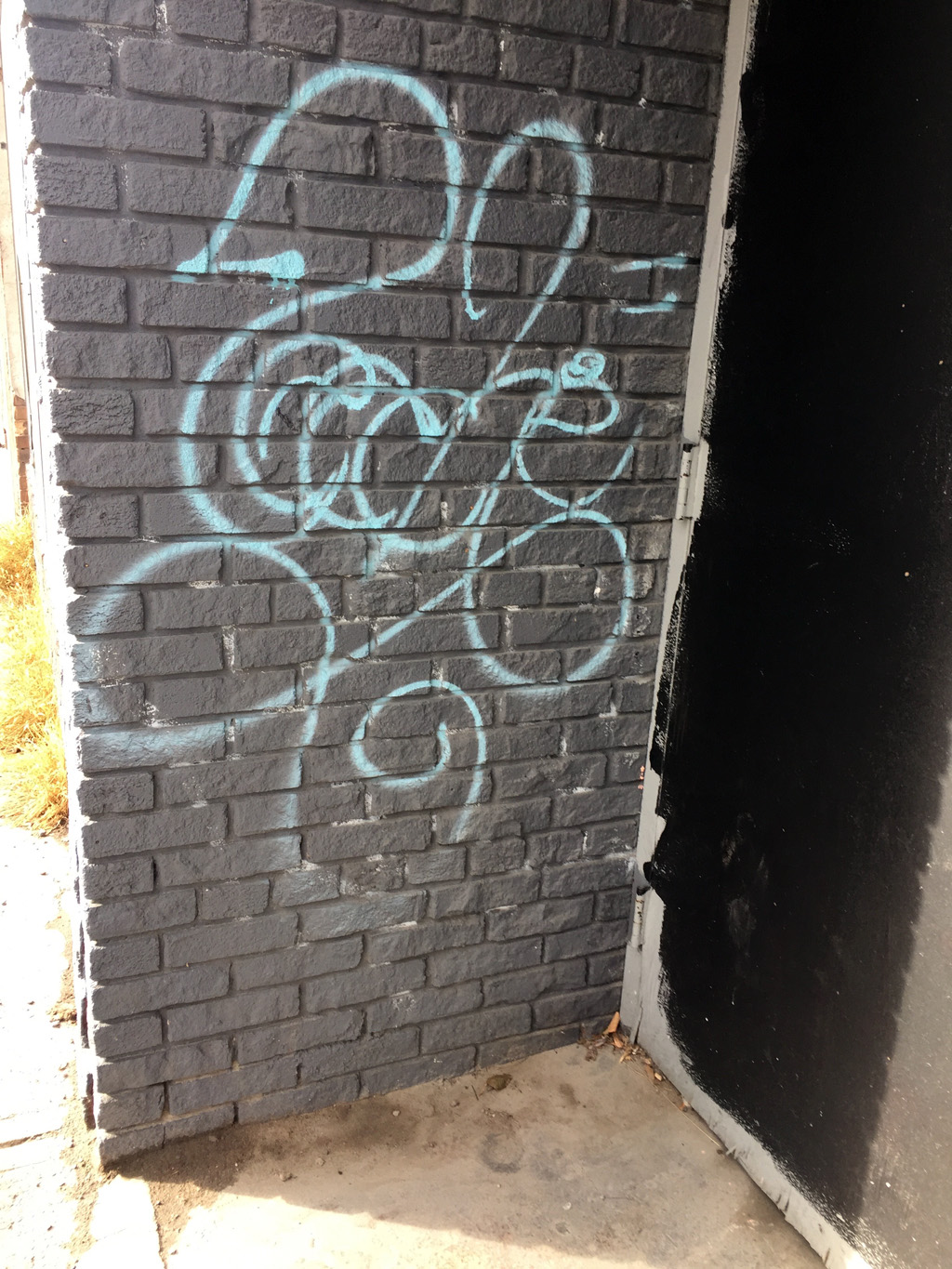 Again, there’s that tagger who goes by “Peachie”. He does a lot of these swirls. He seems to be using different colors of paint now. 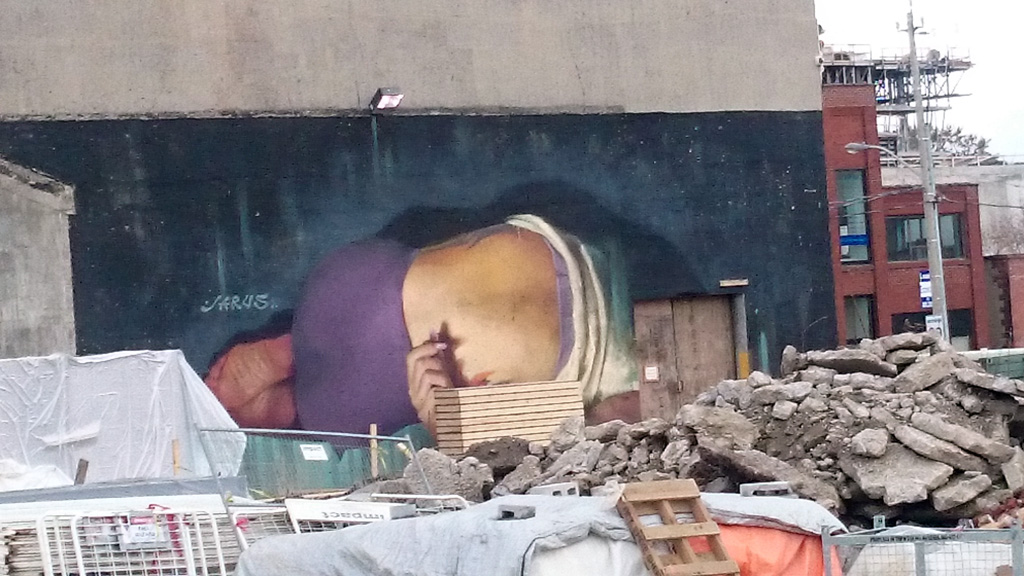 This was was nearly impossible to shoot with my phone. I’ll have to bring a better camera next time. This is at the back of the future home of the Canadian Museum of Contemporary Art.

There was another one by Young Jarus of a similar nude woman and you could just see her backside. This seems to be an updated version of the same thing. Its a little more subdued that the previous one. Not sure why they didn’t wait until all the construction was complete but he did say that he was headed down to Mexico for an art festival.

The whole area is under construction so I had to zoom in through the fence. I even went all around the building to see if I could get a better shot. Posting both of the angles here. 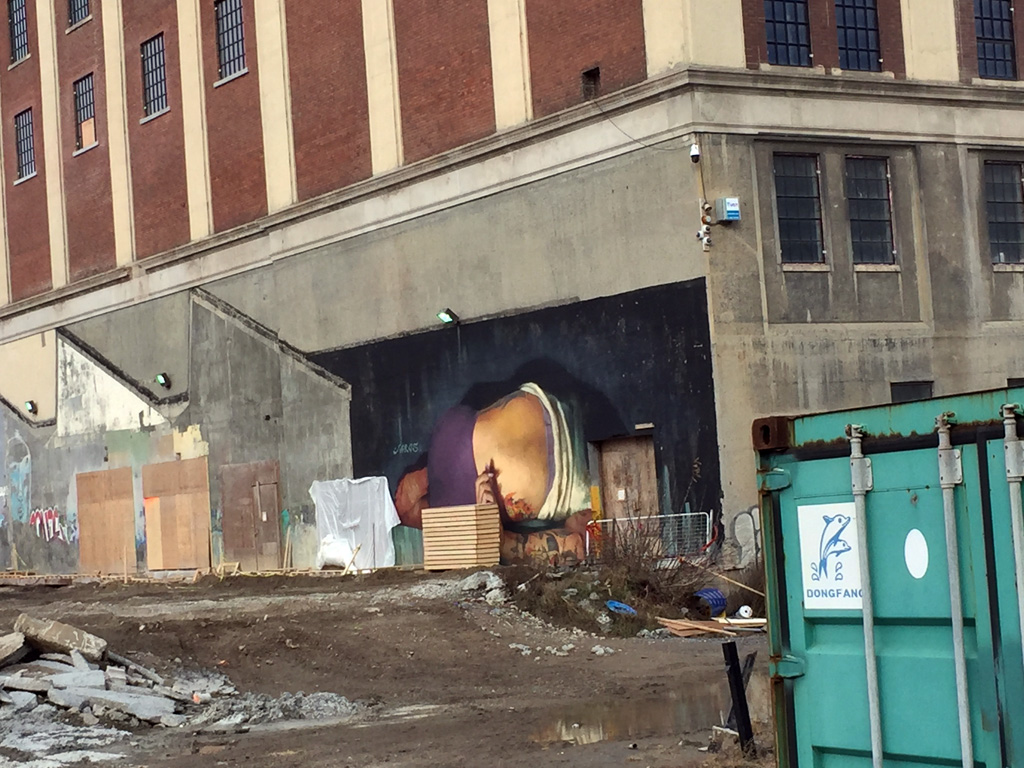